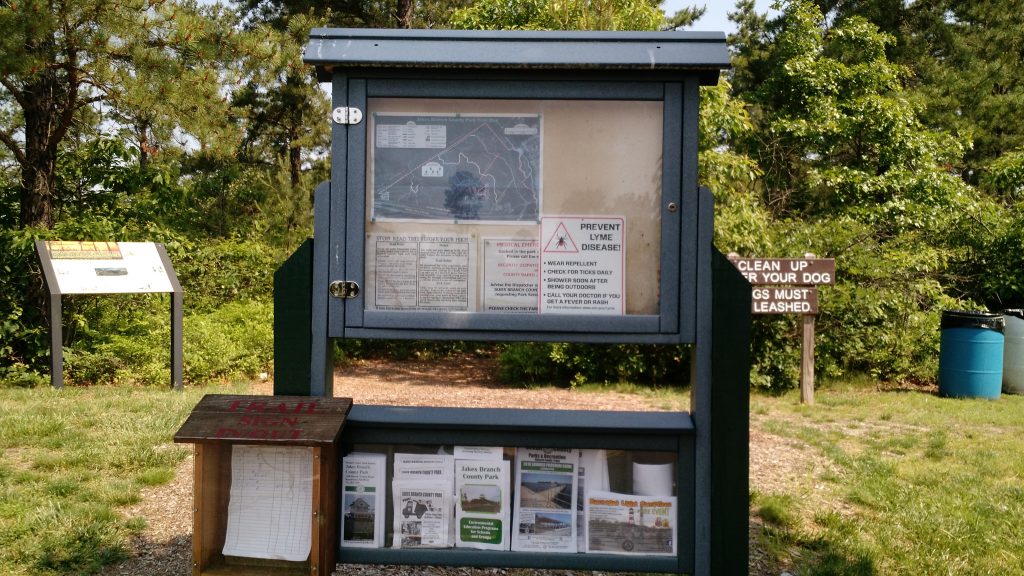 I looked for something short(ish) that was relatively close by for a hike today; I wanted to go up north, but knew I did not have enough time.  So, off to another Ocean County park; and what a park.  This is another really nice park, with well-marked trails, ample parking, and a fabulous nature center.  Sure, there were some unmarked trails, but it would be hard to get lost – the marked trails are pretty obvious.  And blazes are abundant.  Note, I came across bikes on this hike.

It was a great 75 degrees with barely any clouds in the sky and relatively low humidity.  I arrived a little before 10:30 on a Saturday morning, and there were few cars in the parking lot.  The trail kiosk was fully stocked with trail maps and numerous flyers for upcoming events.  And, the nature center was open, with a separate door for bathrooms.

As I was heading to the trail head I noticed interpretive displays regarding forest fires; which I initially though thought odd to have at a trailhead.  Though, reading through, I learned how some fires are good, they rejuvenate the land – and there was recently a sizable fire here at Jakes Branch back in 2002.

I started on the Tindey trail (blazed blue); and as I am want to do, chose left to do the loop.  Trails were wide, soft, sandy, and easy to walk. 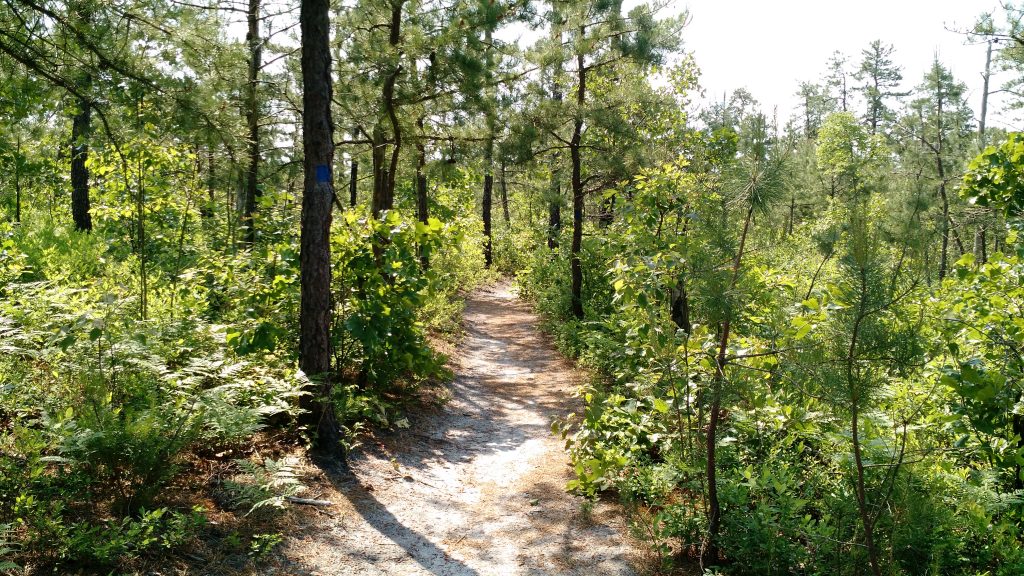 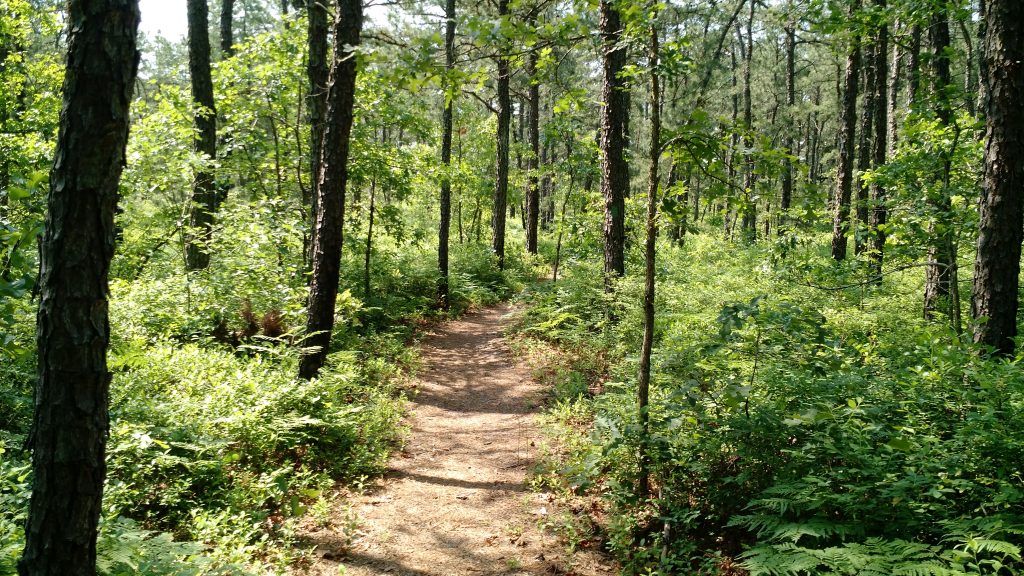 I stayed on Tindey until I junctioned with the Interpretive trail (green) which is a short loop.  This trail, while still soft, was covered in pine needles.  Partway through there was a neat bog. 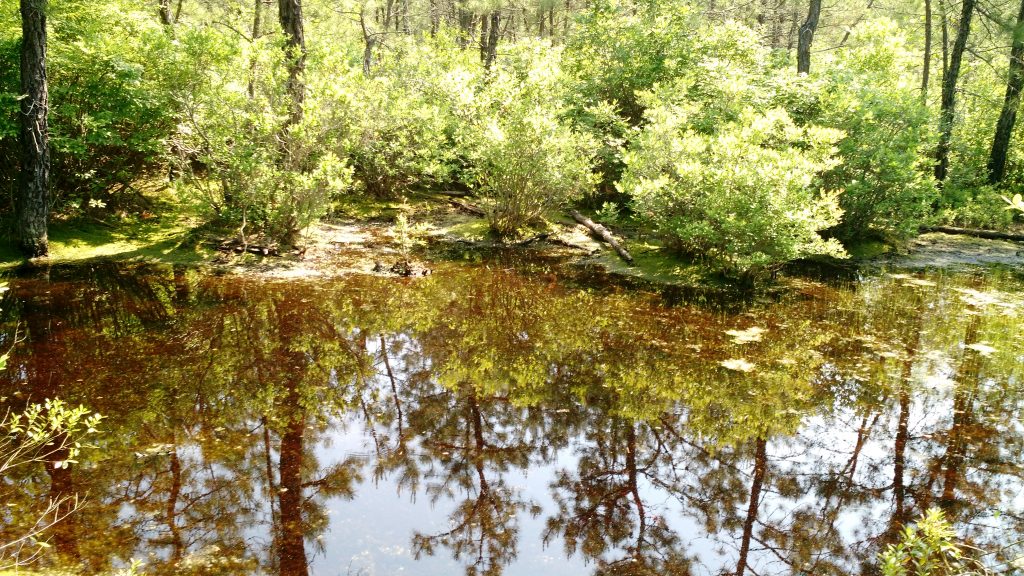 Back on Tindey, there was some nice flowers: 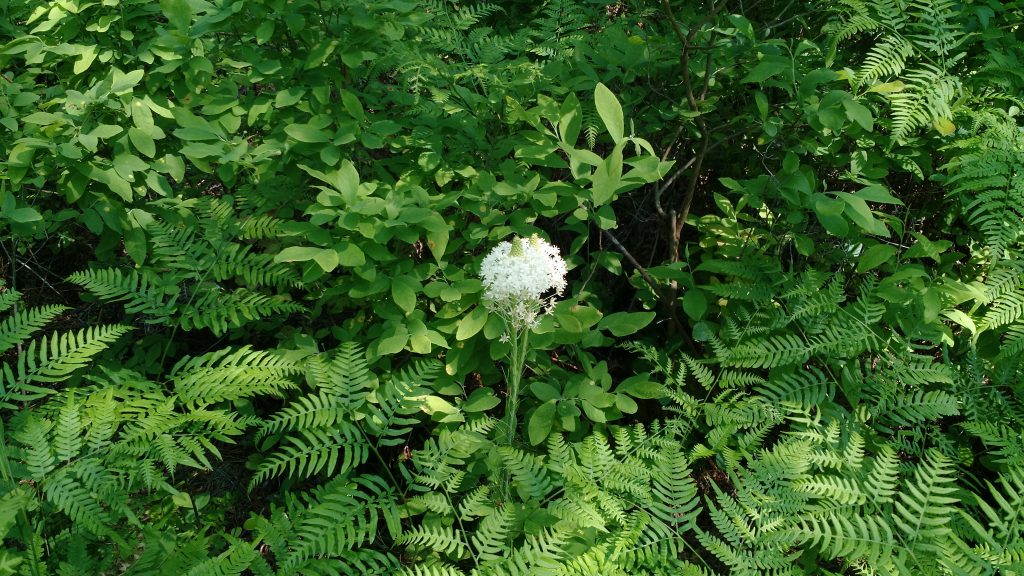 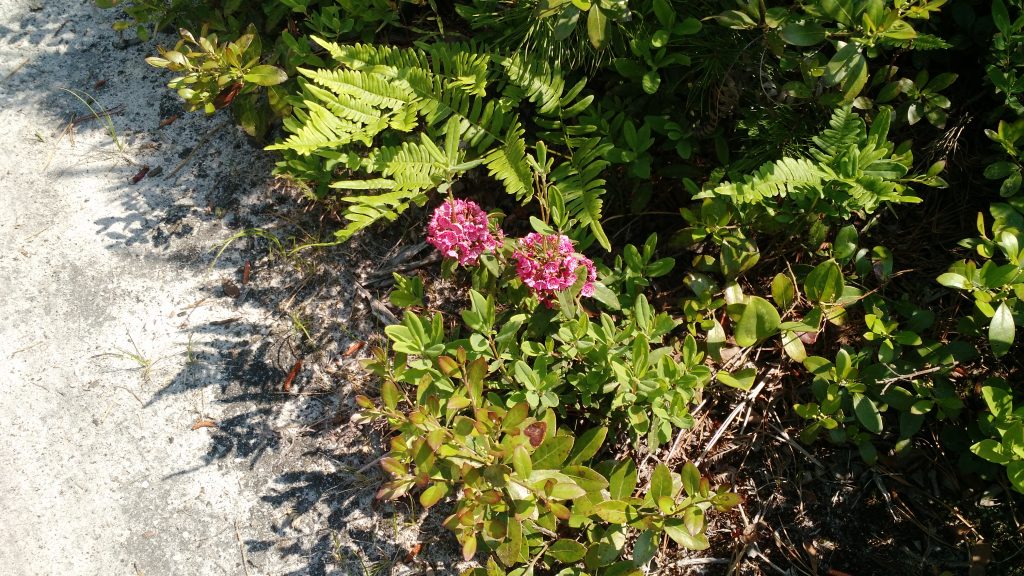 At points, the Tindey trail comes close to Double Trouble Road (which parallels the Parkway.)  At this point the sounds of the cars are a little overbearing, and I feel detracts from the allure of being outside.  It would not be until I was on the other side of the park that the sounds of cars would fade away.

When I came to the junction of the Swamp Spur (white) I decided to venture forth and see this “swamp.”  The trail is only a quarter mile long.  However, there was a section that was overgrown, and I suspect I picked up hitch hikers here. 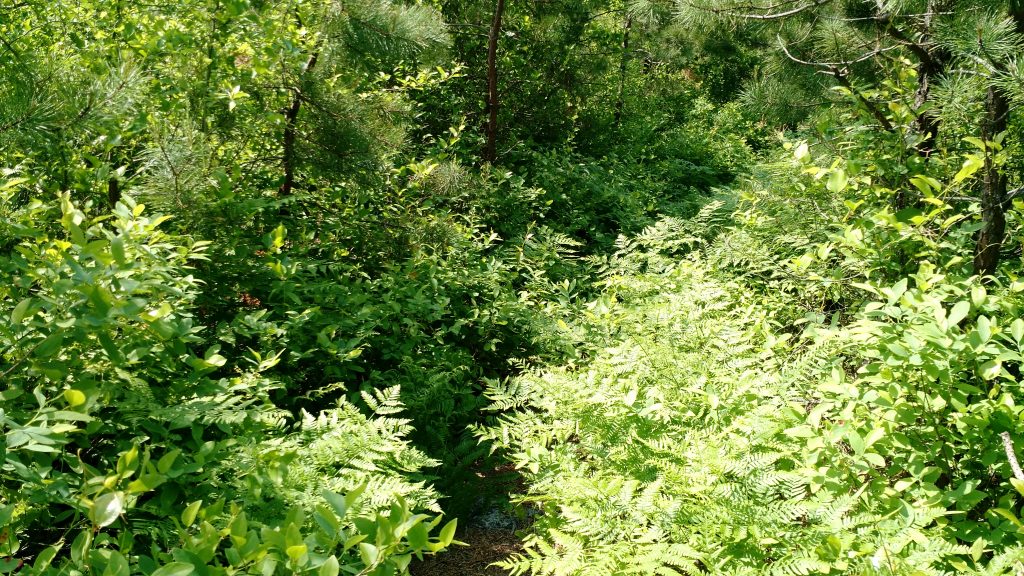 The swamp at the end of the trail was pretty wet, but not what I was expecting. 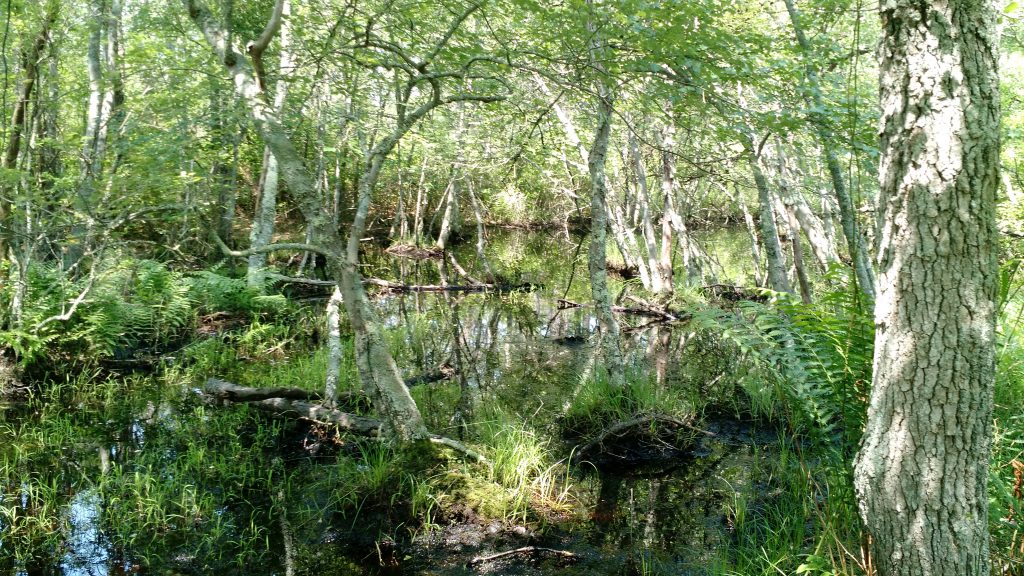 While walking the Tindey trail you will walk through areas where you can tell the fire was.  New trees are starting to grow, ferns are abundant, and there was plenty of sunshine. 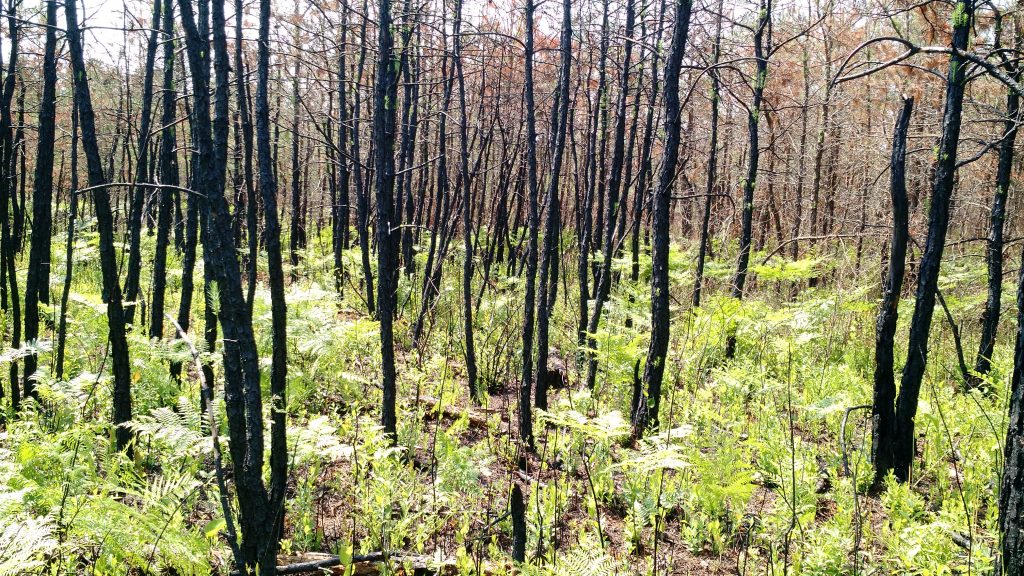 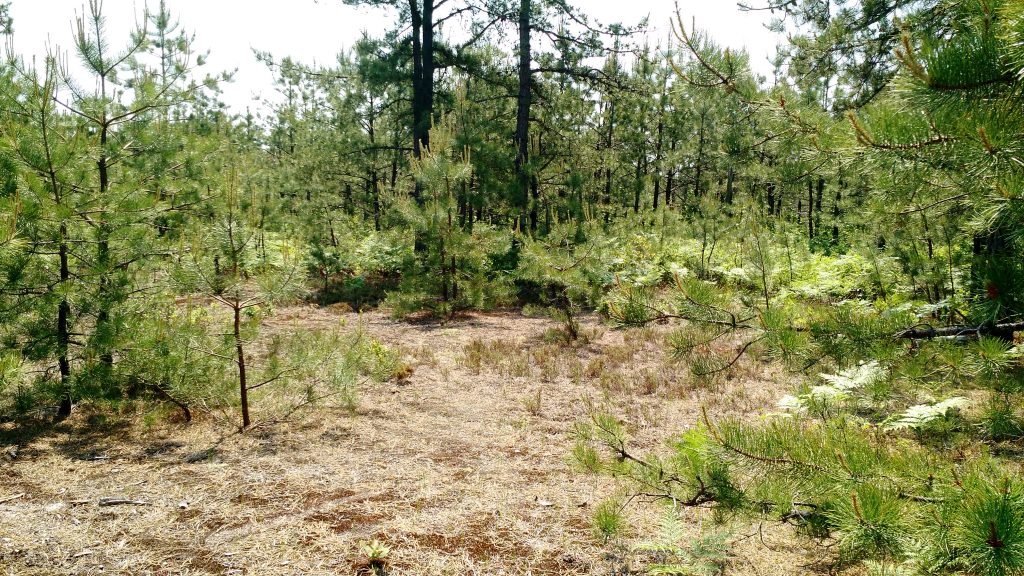 I saw deer while walking.  I came across frogs.  And I happened to spot this Black Swallowtail butterfly. 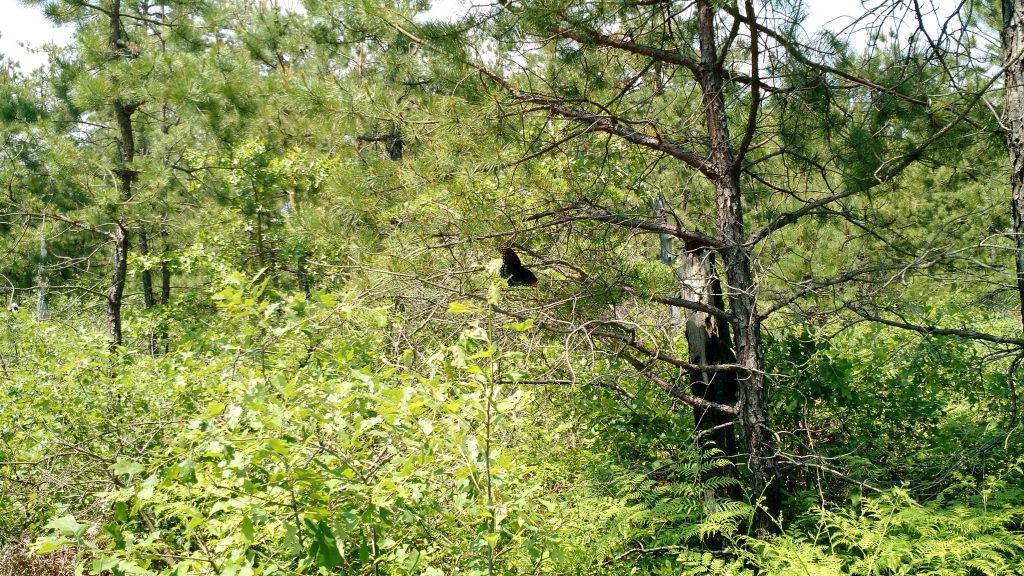 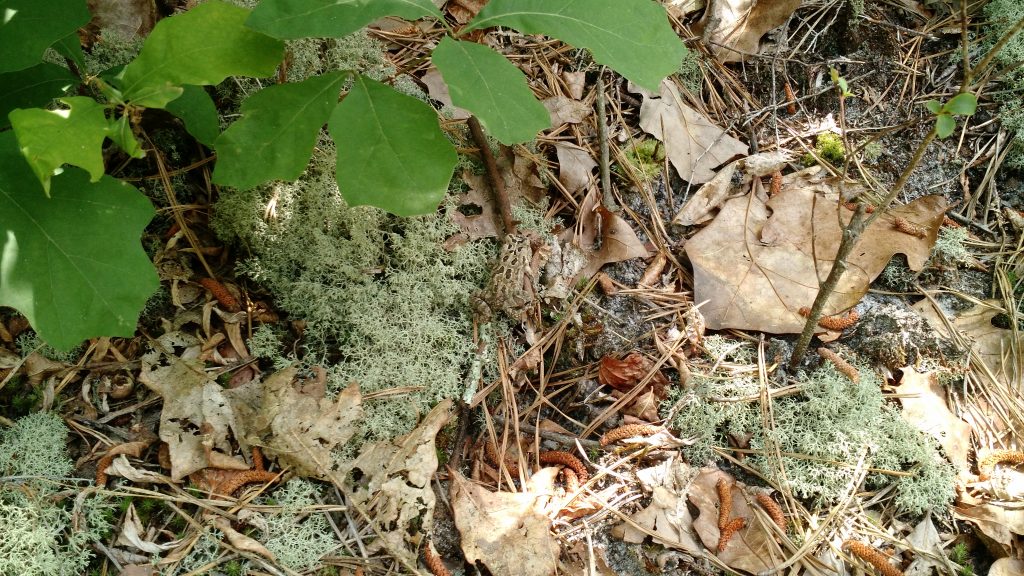 This was definitely a great hike, I would highly recommend it.  I think my total hike time was a little under two hours.  While boots are always recommended, this could have been done in sneakers.  Definitely wear long pants if you plan to hike the Swamp Spur. 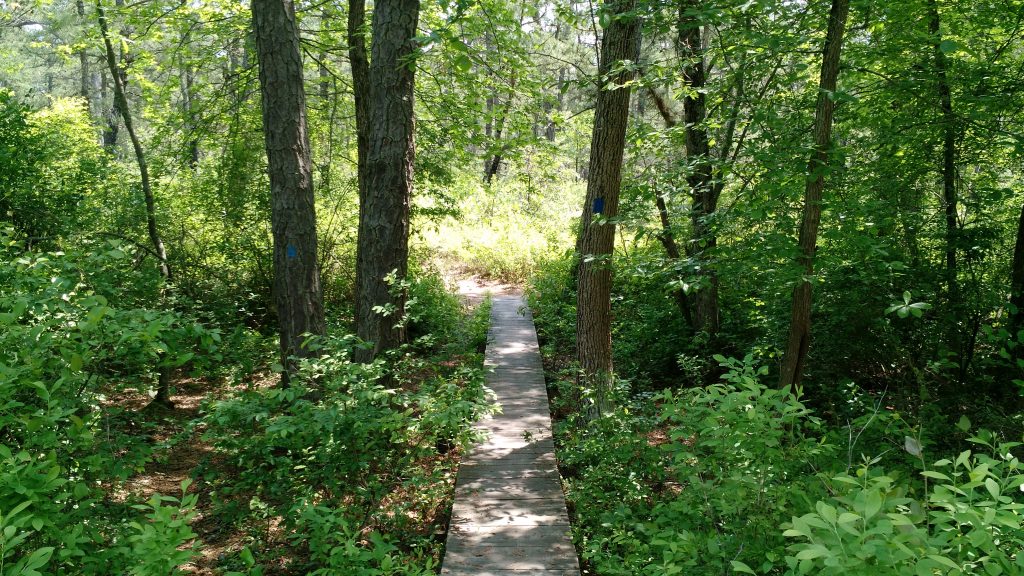 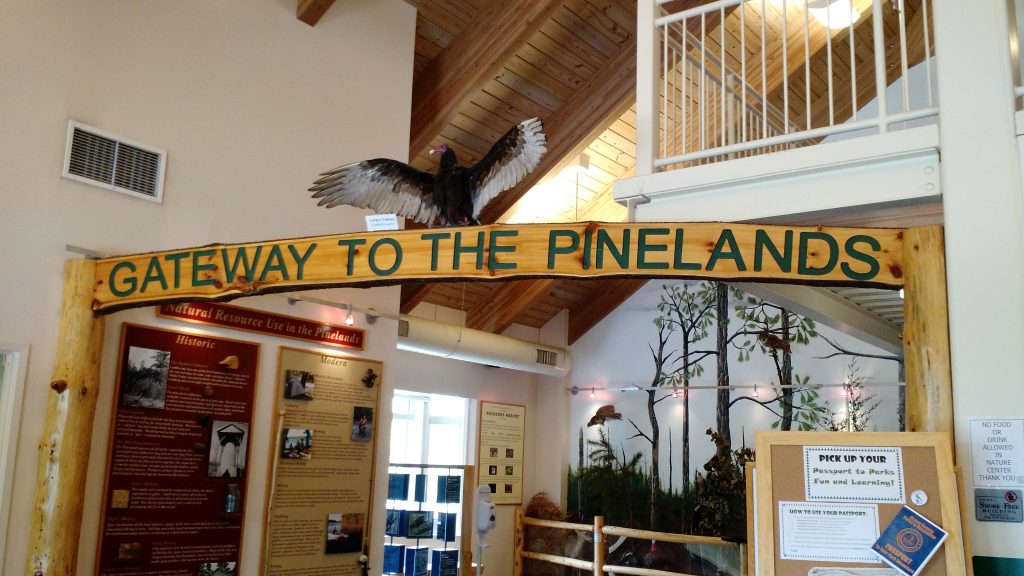 Ticks:  3 – 1 brutally murdered in my car on the way home, to the enjoyment of those passing me on the Parkway.  I found another after getting home.