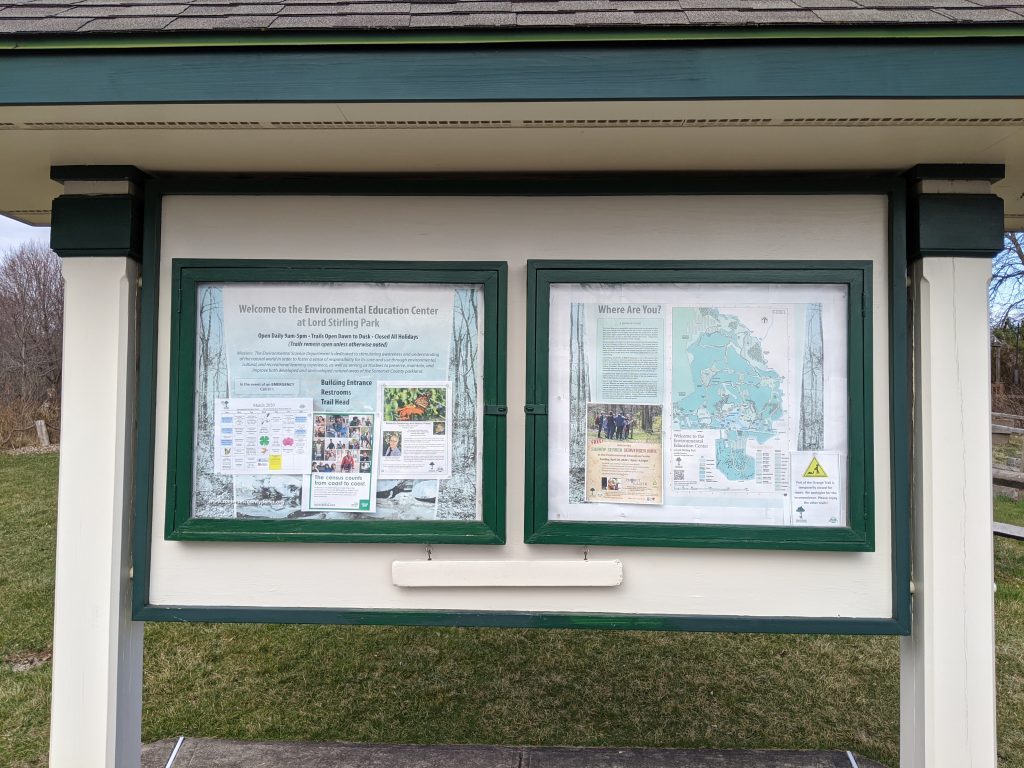 Trails:  I was on most of them: Red, Yellow, Green, Blue, connectors – Orange was closed 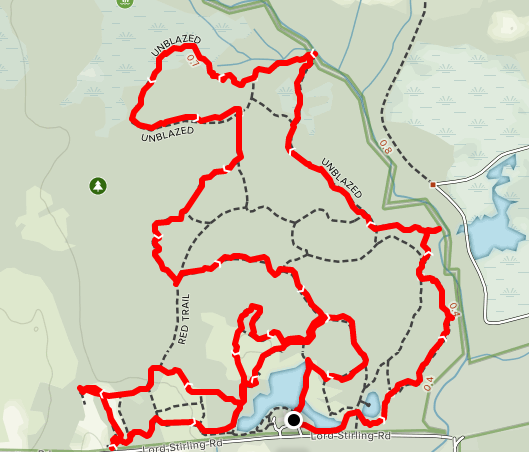 The Ides of March.  When I left home, it was cloudy and low 40s.  I got to the park and was the fourth or fifth car there; the temperatures had warmed up to about 45.  I stopped in the Environmental Education Center for a map, and by the time I got back out the sun was coming out.  I could tell this would be a great day.  And it was.

Lord Stirling Park (part of the Somerset County Parks) is immensely diverse, and should be on your list of hikes; if it already isn’t.  There’s forest, mud, ponds, mud, swamp and wetland, mud, fields, mud, observation towers, mud and even blinds to check out both the scenery and wildlife.  I would be remiss not to mention that the trails in the southern part of the park can be muddy.  To me, the southeastern portion of the park reminds me of the La Brea Tar Pits.  Looking at my split times for miles, I see my times are down – partly because there is so much to see and read in the park; and partly because the really muddy sections will slow you down.  Really though, what was I expecting hiking in The Great Swamp?

The trail in the southeast starts off nice and flat and wide. 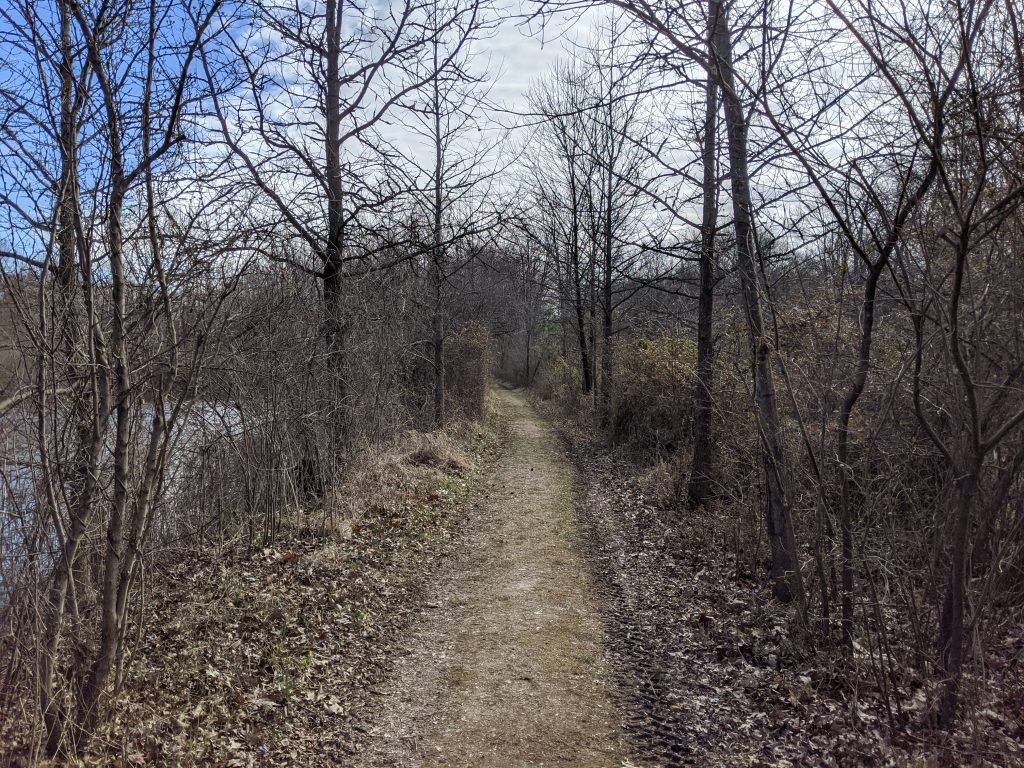 One of your first stops, if starting in the southeast, is the eastern observation blind, right outside Lily Pad Pond.

As you are walking, you can tell you are near the Passaic River.

This section of the park has lots of mud: 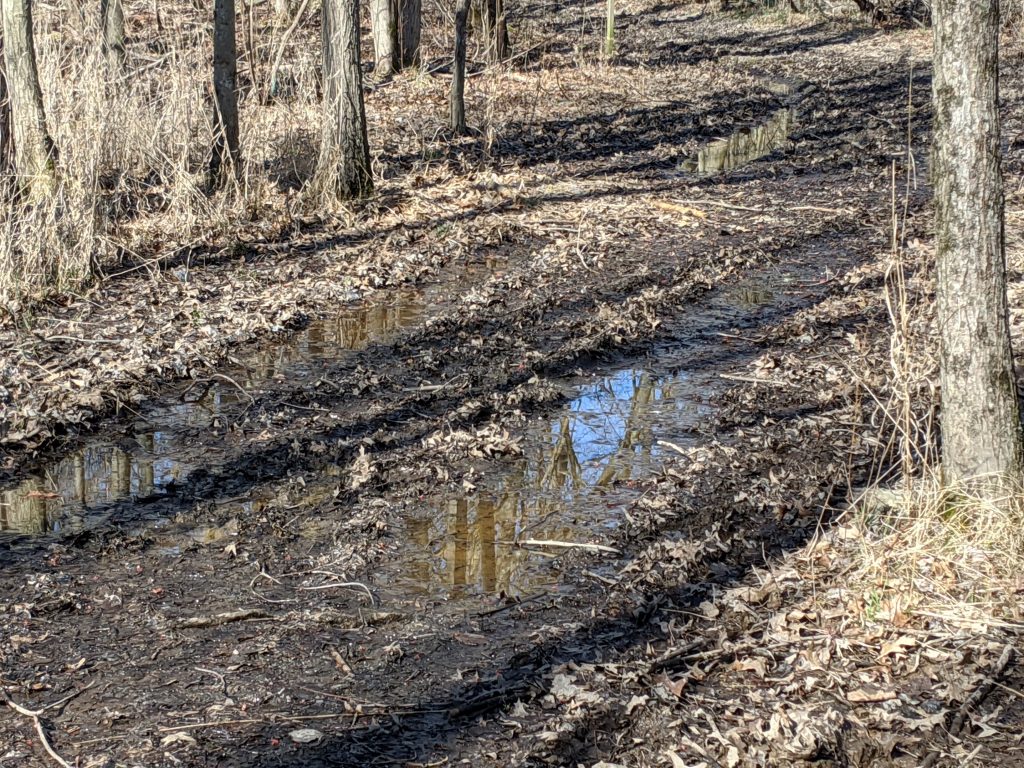 You really don’t have to worry about losing the trail, look for the mud (or the boardwalks when you get to them.)  There are plenty of blazes and you don’t really need to worry about turns.  As a bonus, at EVERY trail junction, there’s a sign that shows exactly where you are and because of that I really did not need my trail map.  Frequently, I changed my mind on where I was going when I reached a sign.

My next stopping point would be the East Observation Tower, overlooking the Passaic River. Bonus points were given as I was out of the mud and onto a boardwalk.

Back on the trail, I headed for my next waypoint. 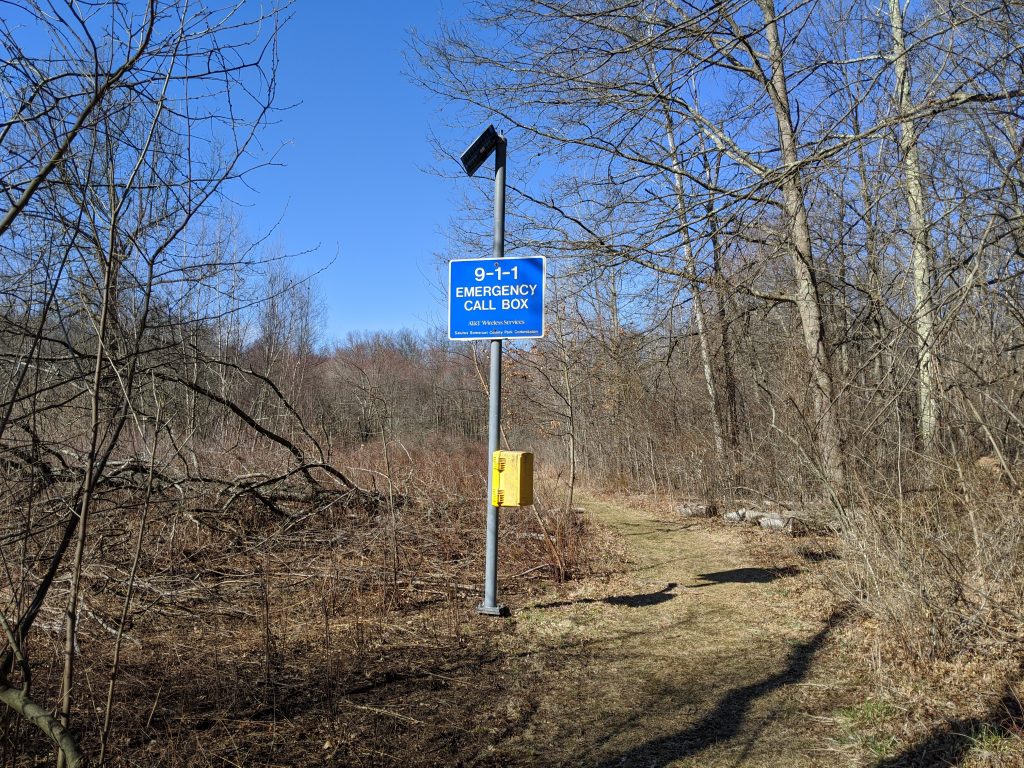 I thought I was out of it, but 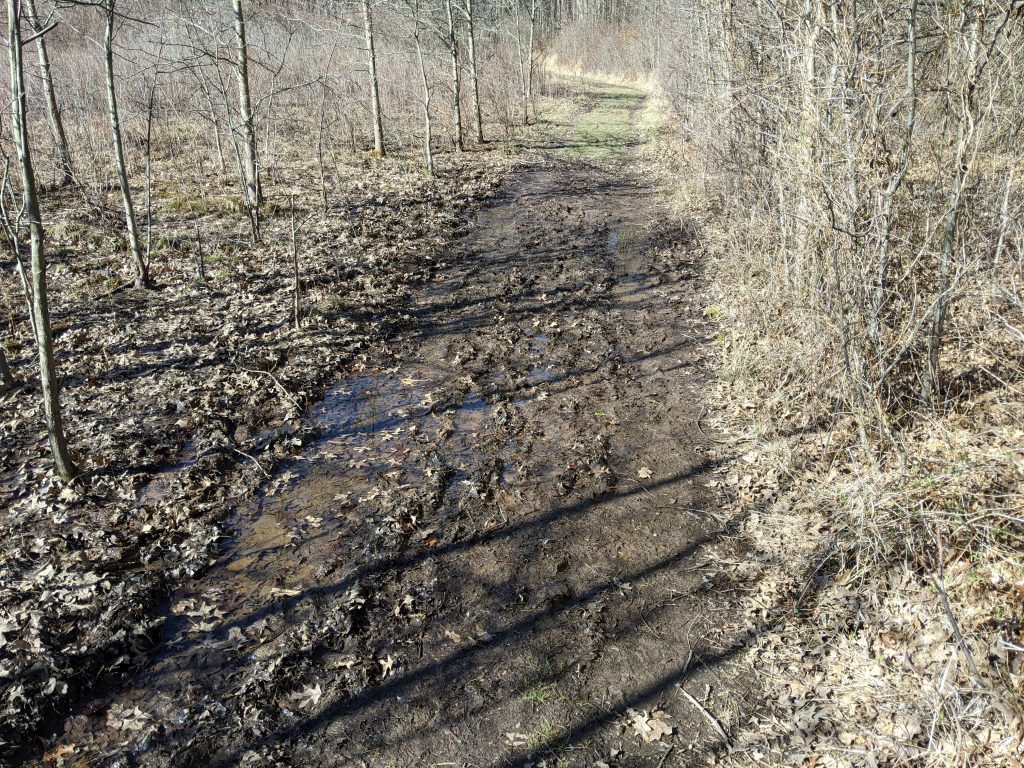 I wouldn’t see mud again until I finished with the northern section of the park which included the swamp and boardwalks.  It was very pleasant walking at his point; the sun was out and it was getting warmer. 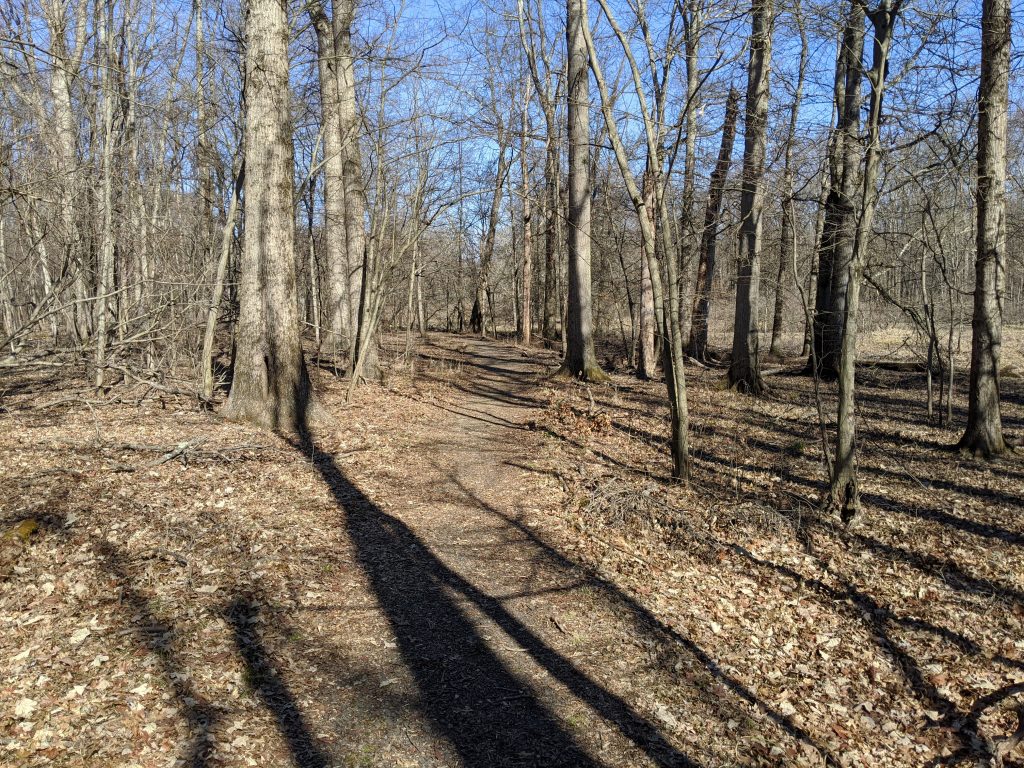 Finally, onto the boards. 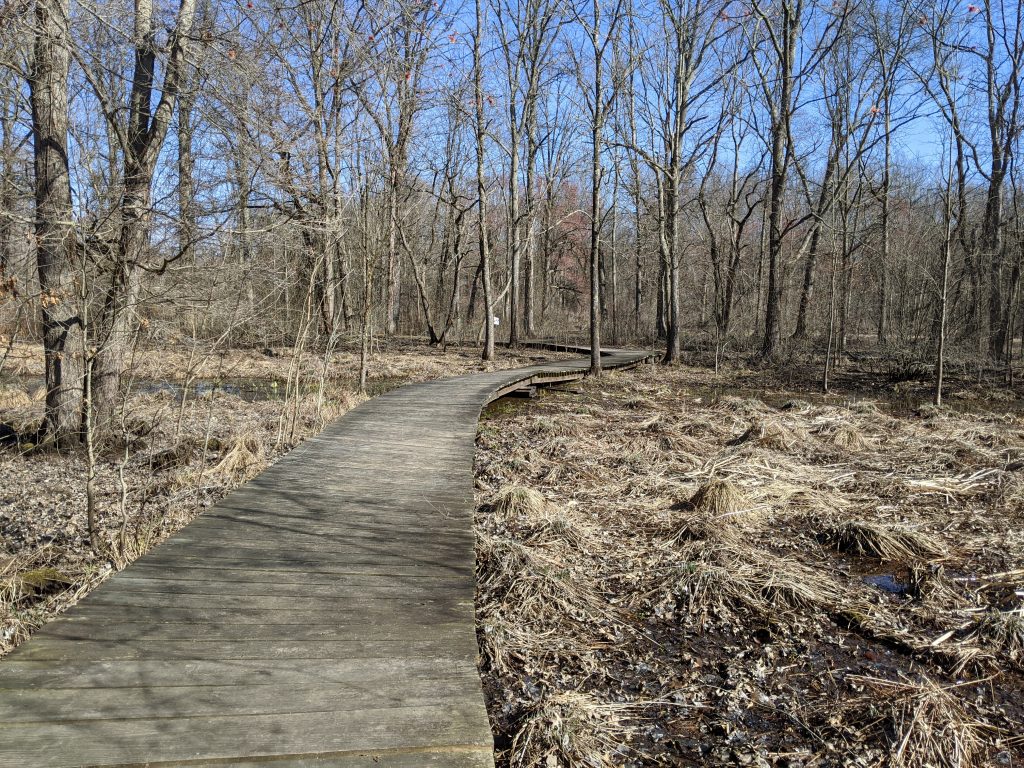 I came across a landing overlooking the Passaic River called the Dance Floor.  No music was playing, but there were benches to sit and watch the river amble by.

It would be boards all the way to the Boondocks Boardwalk, which traversed La Plus Grande, part of the Great Swamp.  This was by far my favorite section of the park.  Just before La Plus Grande:

It’s shown on the map as Boondocks Bypass, but taking it would detour you around the fabulous wetlands and boardwalk.  And you can see, looking down the trail in the picture, yep:  mud.

There was no question in my mind where I was going. 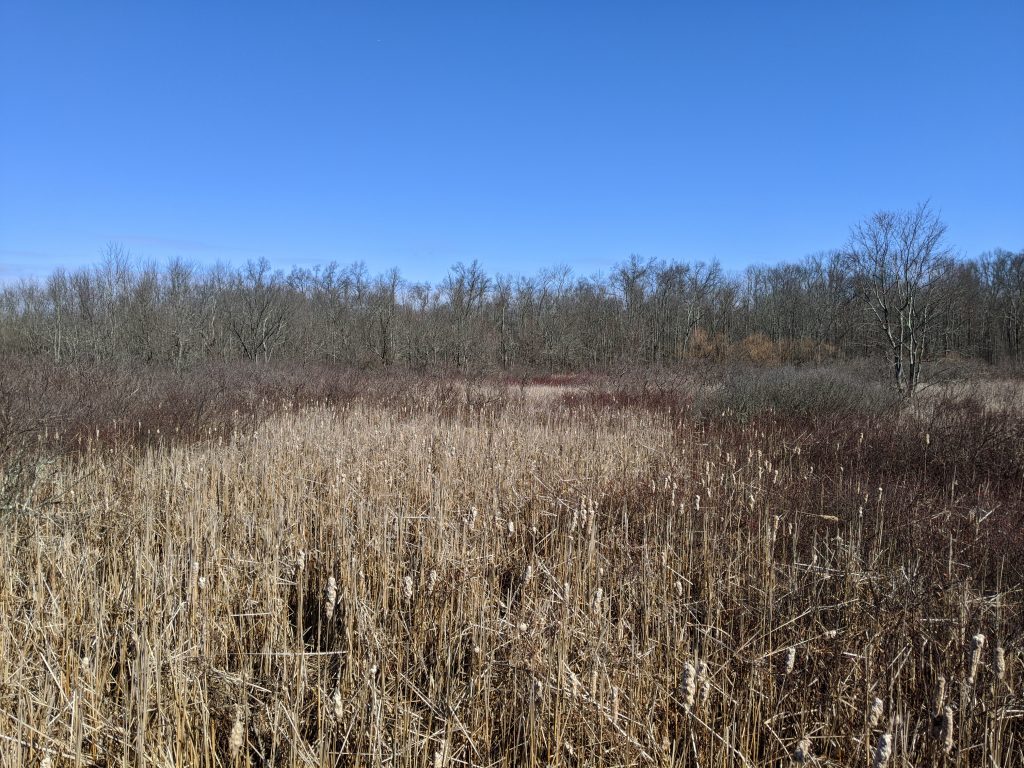 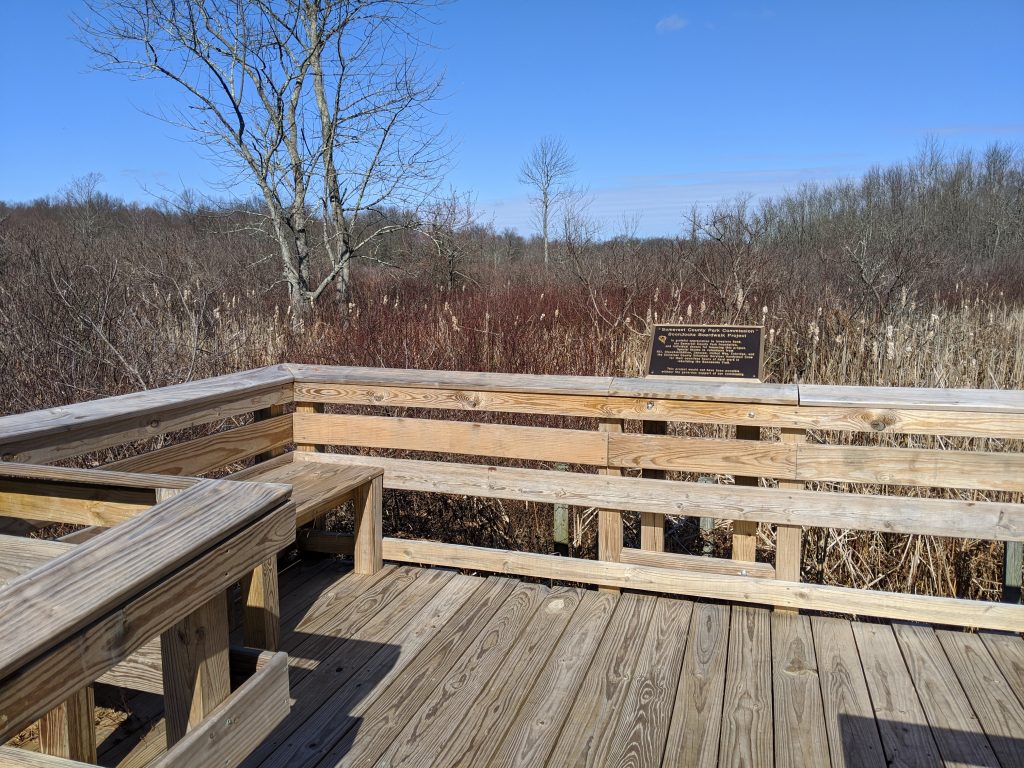 I can imagine this section of the trail is HOT in the Summer months.  Off the boards and back into the woods made a nice change of scenery.  It should be noted that there are benches at almost all the trail junctions. 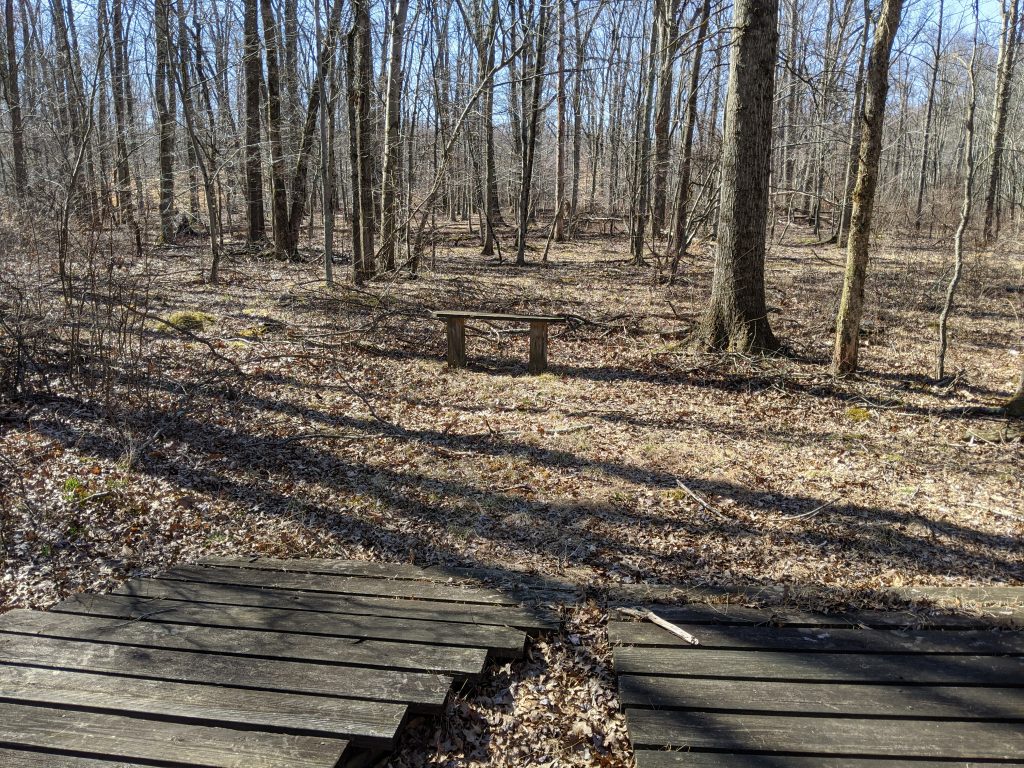 After walking around Woodpecker Swamp, I came to The Great Swamp Oak.  This tree was huge; I figure it would take three or four people holding hands to be able to reach around it. 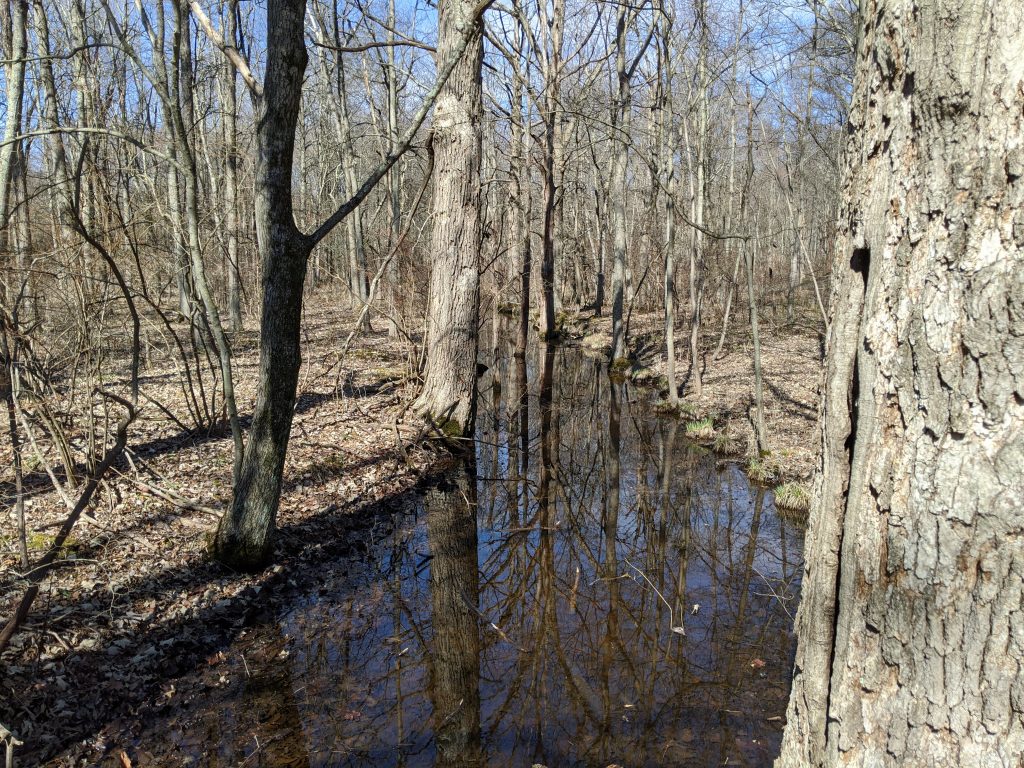 The Southwestern portion of the park skirts a bunch of fields and leads to the West Observation Deck.

There was evidence of recent burning in the fields and I read that this was a result of prescribed burns, so that the fields can grow anew.  I made a quick detour up to the Sugar Shack, where they were making syrup.  This was the last weekend of the year for the demonstration.

I had to stop at Bullfrog Pond – I didn’t see any frogs but I heard one.

This was a great hike!  It is only the middle of March, but I would be surprised if this hike does not end up in the Top 5 by the end of the year.  The weather was perfect, the trails were great (despite the mud) and there is so much to see.  I had planned to hit the orange trail as well, but it was closed due to construction; looks like I’ll be back.  I finished hiking around 12:30 and by this time the parking lot was packed.  I stopped into the center after the hike, and there are great exhibits detailing the wildlife and the history of the Great Swamp.  Finally, I headed over to the Turtle Pond.  No turtles. 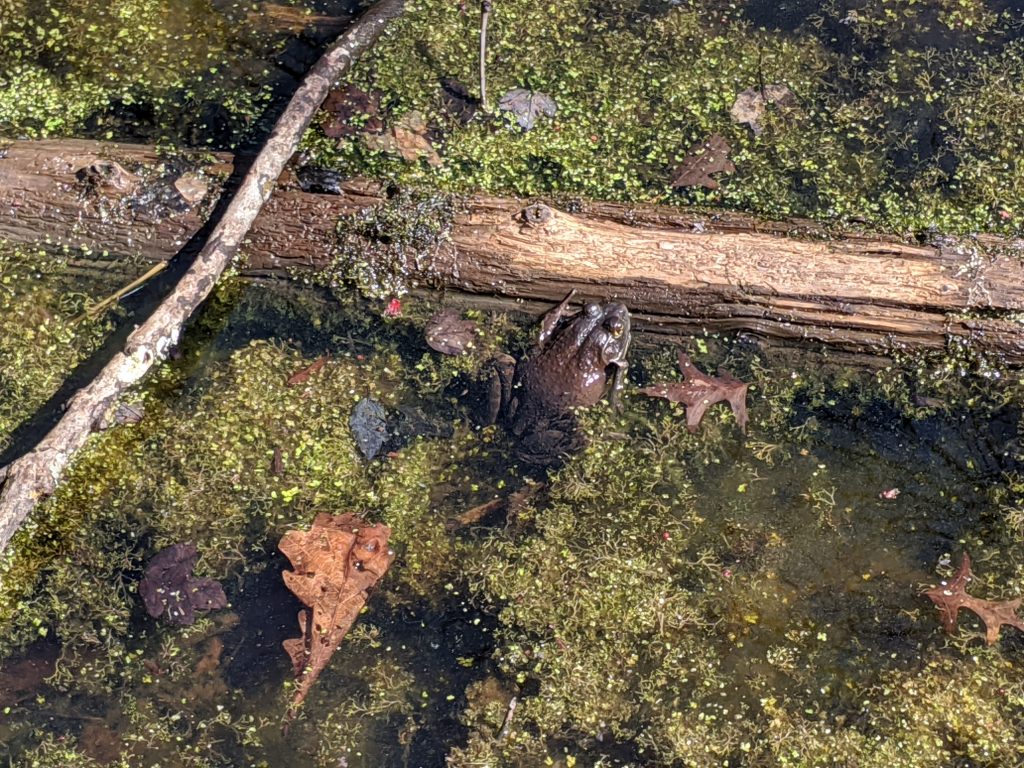 Ticks:  0  (Though I imagine that number changes in the Summer) 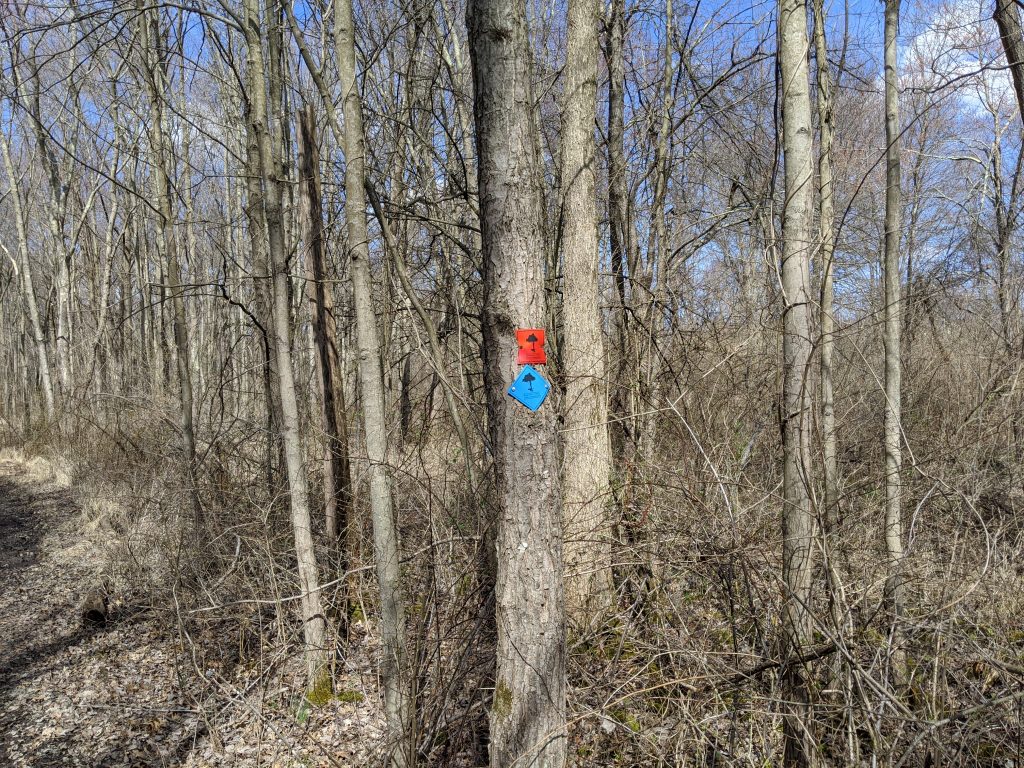 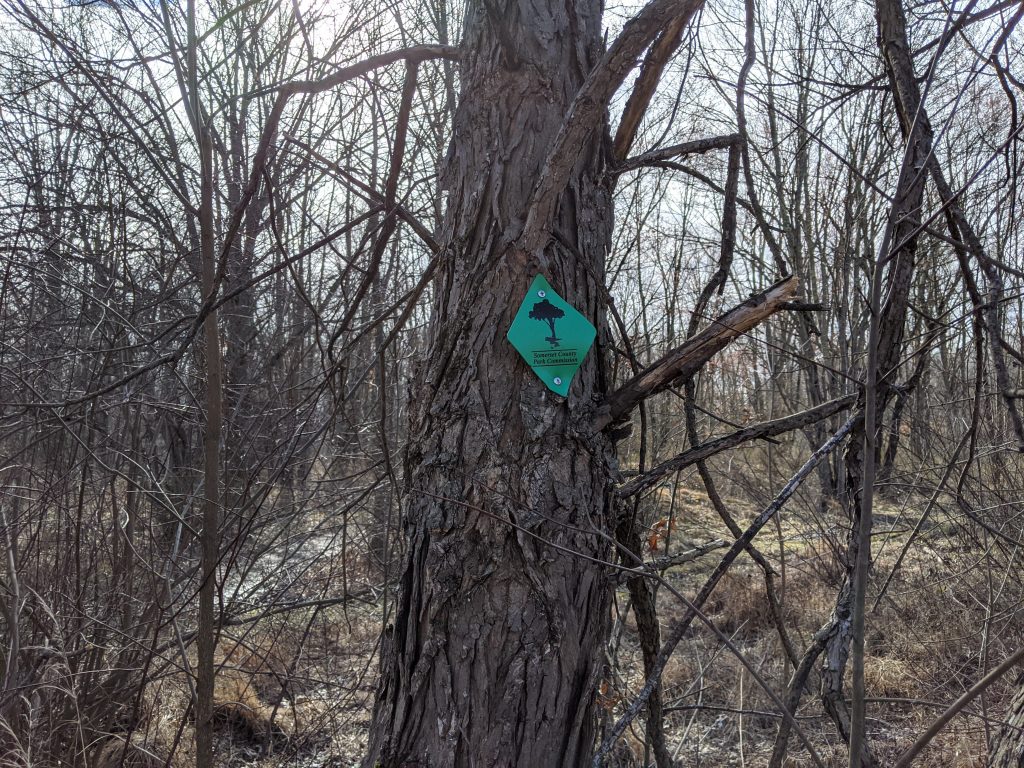 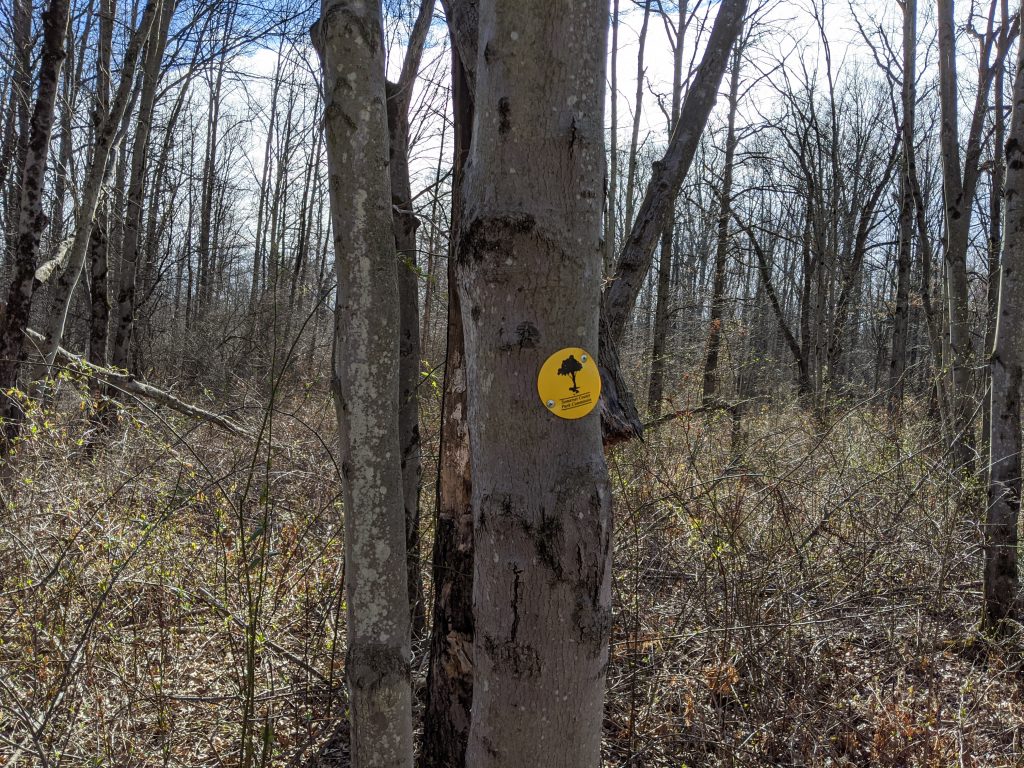 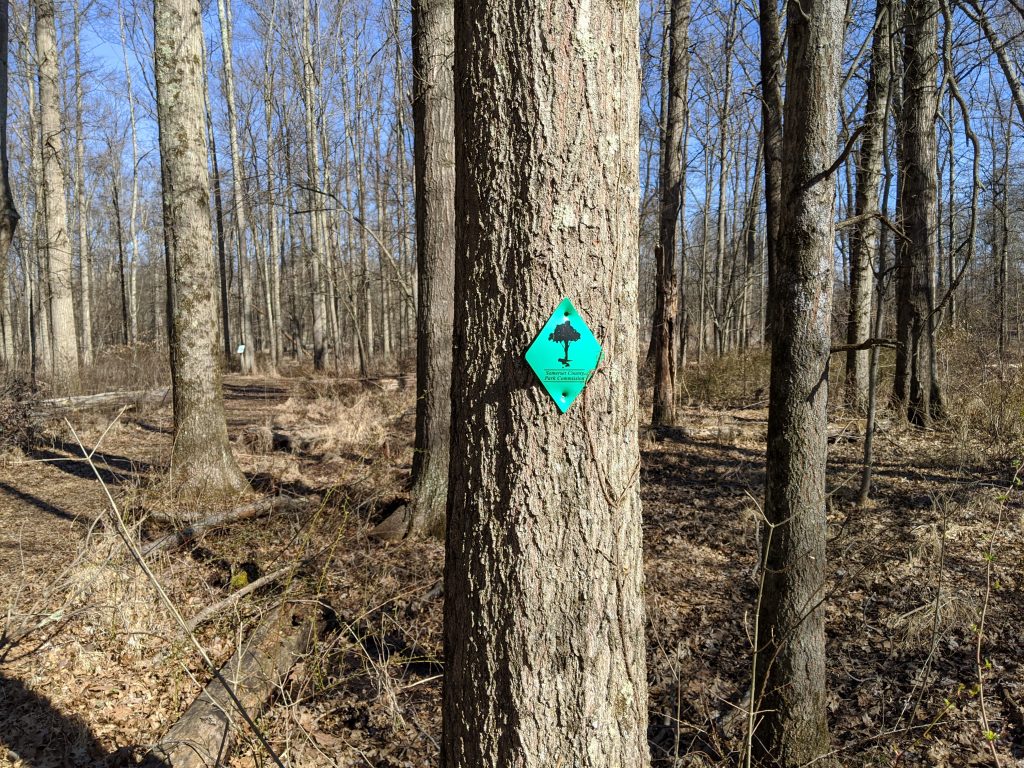 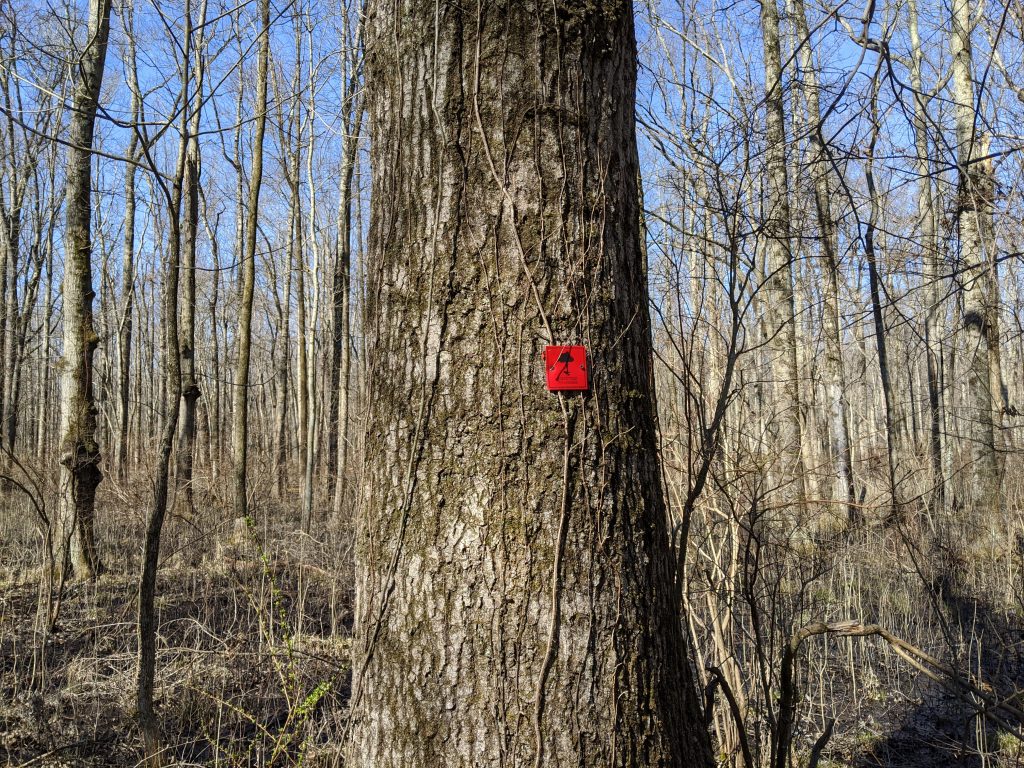 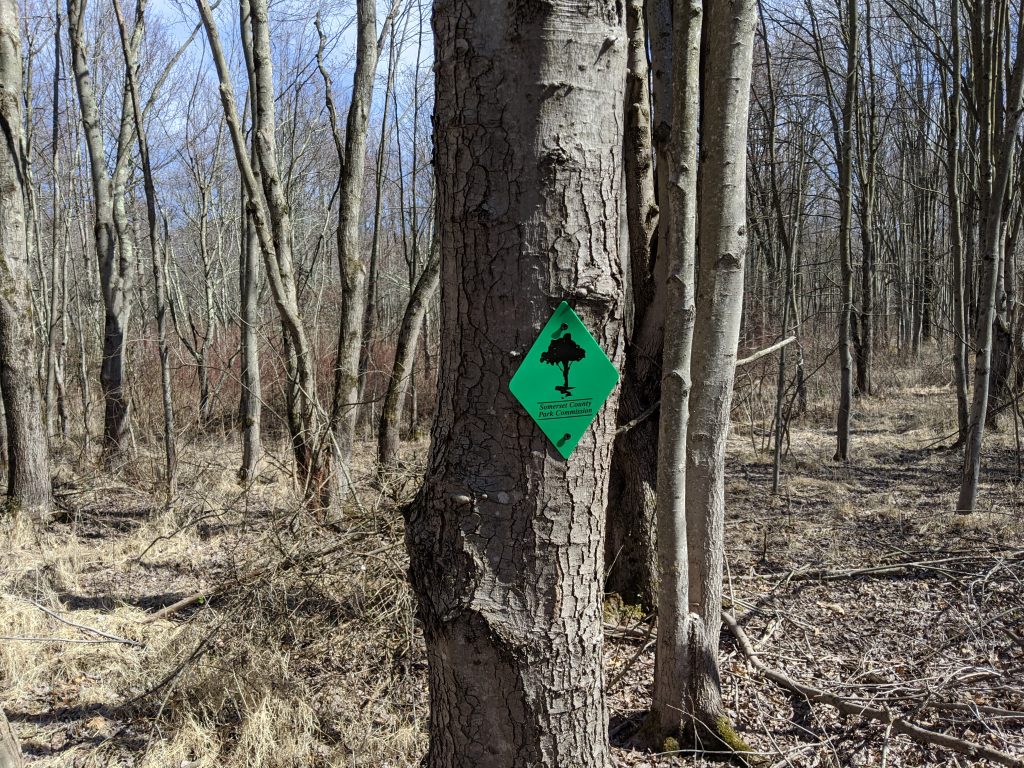 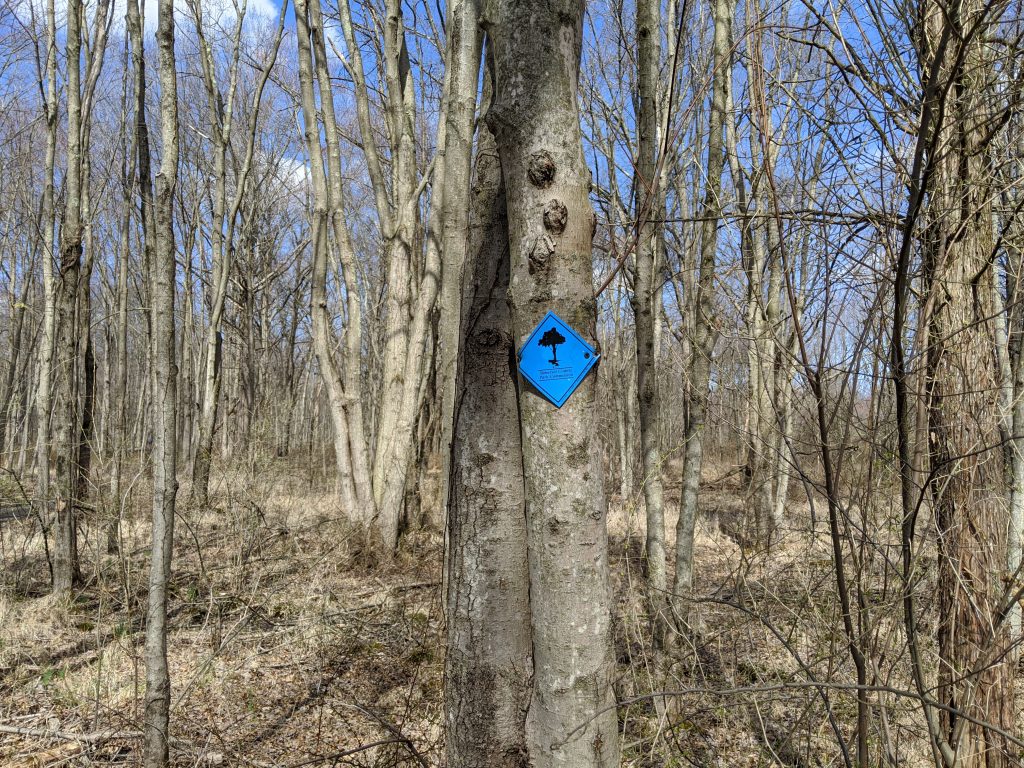