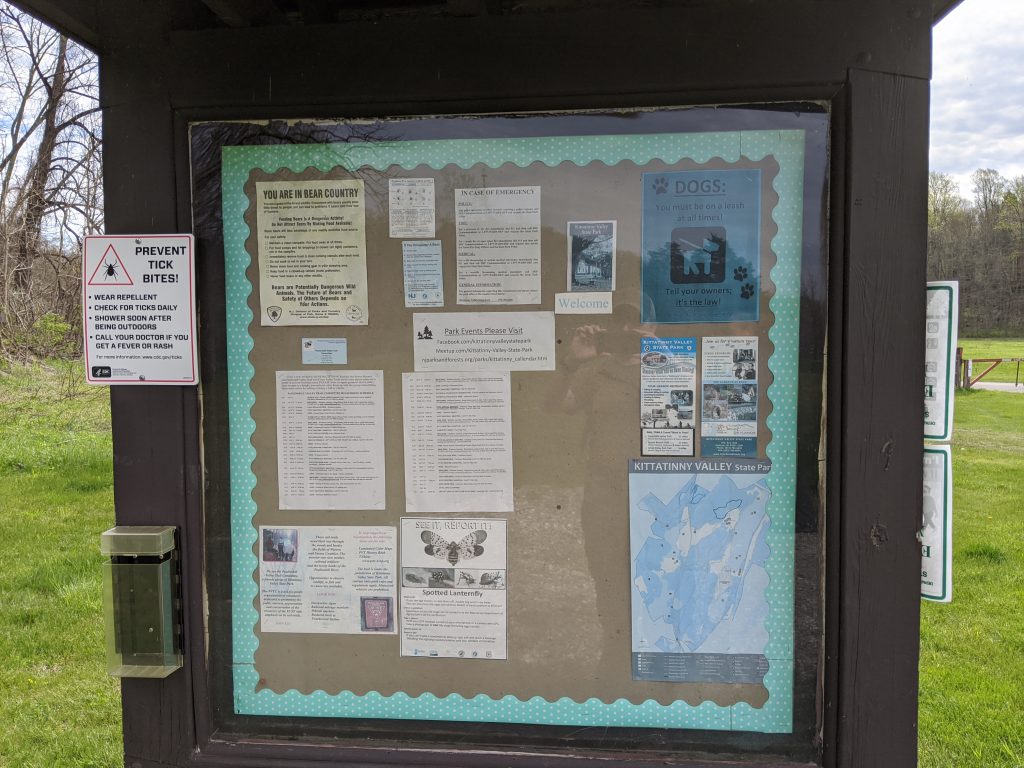 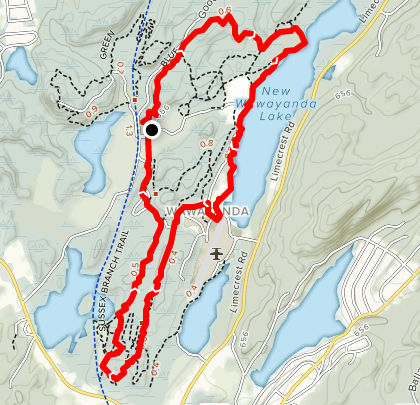 It was the first weekend of parks being open, so I figured I would make the most of it.  I started out in rain, though by the time I got to the park, the sun was out and it was warming up.  The lot was crowded, mostly with bikes, dogs, and a few people running.  I did see a couple of horses.  Once I got into the woods, I rarely saw anyone; which was nice.  I saw plenty of people out on the lake and when I reached the airport.  Yes, I said airport.

I started on white, which quickly went up on the ridge.  The trails were wide, soft dirt, with rocks strewn in; but it was easy walking. 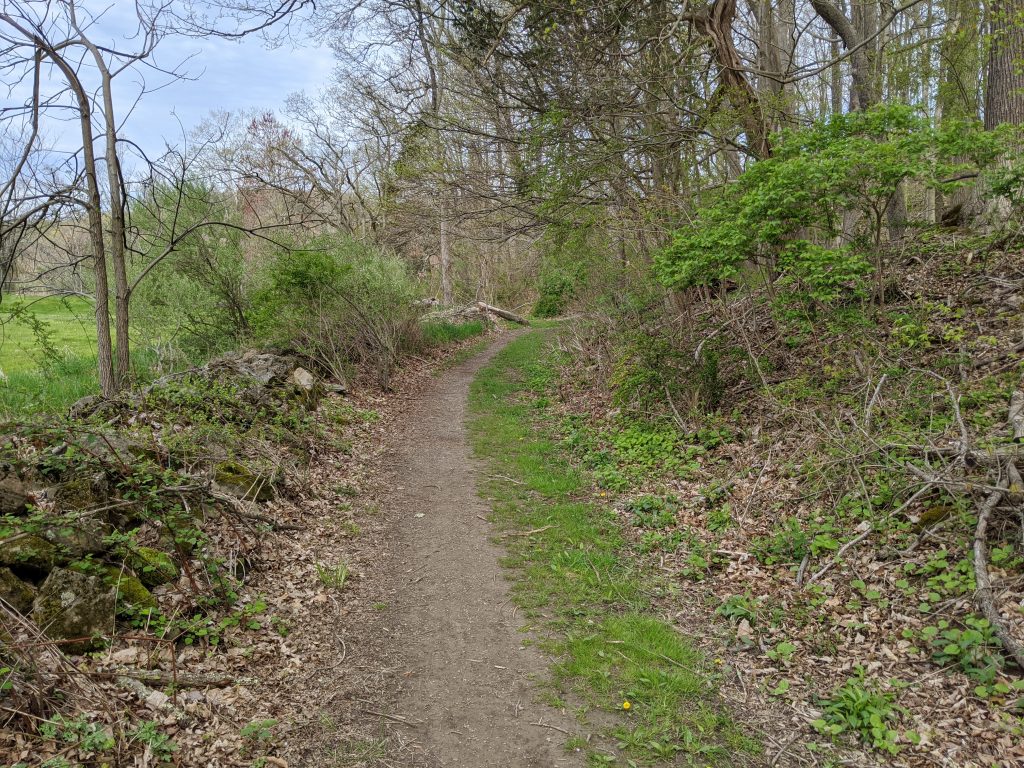 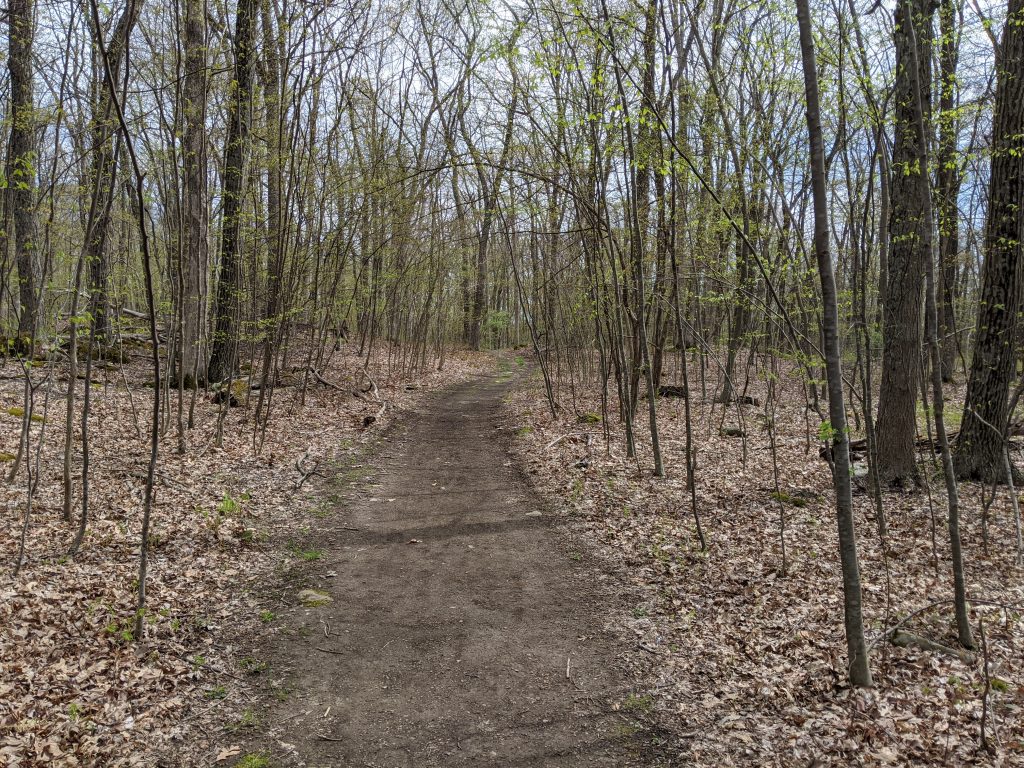 I especially like walking next to Lake Aeroflex (I think now named Lake Wawayanda.)  The trail came pretty close to the water, and there were some spots where it would have been pretty easy to fall in. 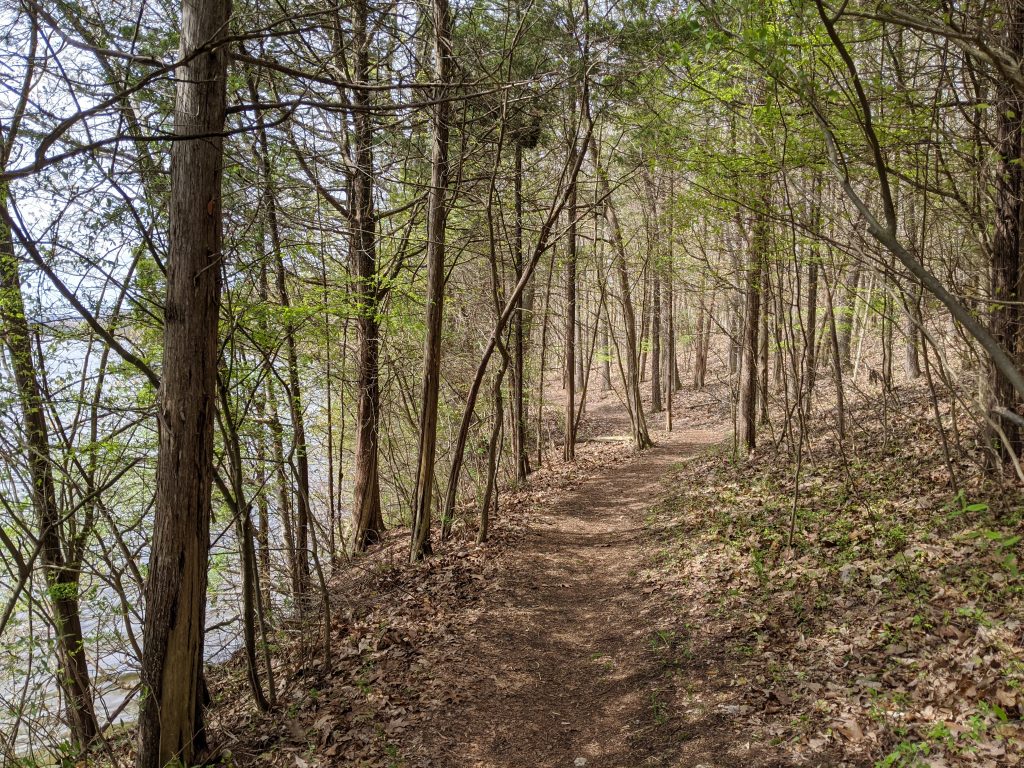 The trail comes to a little dock with a great view of the lake.  Next to it is an old wall, I took the picture looking back. 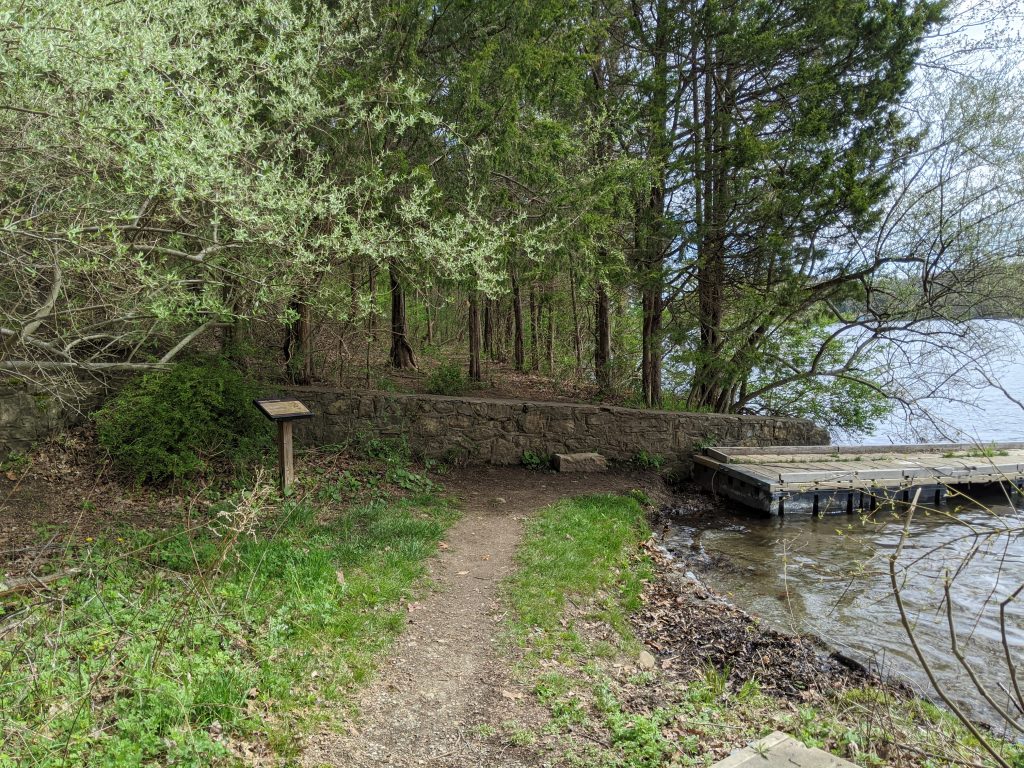 Next to this fireplace was a trail that led down to the water.  At one point the YMCA Wawayanda camp for boys was here, and I suspect that trail led to a boat launch of some kind.

A few minutes more walking brought me to the Aeroflex Andover Airport.  This was the coolest spot, and one other spot where I saw other people.  There were multiple benches where one could sit and watch the planes take off and land.  After getting a selfie with a plane landing, I plopped down on a hill to watch for a while.  The planes would land by coming right over the lake; and took off going away from it.  While I was there I saw four or five takeoffs and landings.

After sitting for a few minutes, it was back to the hike.

While heading towards the Sussex Branch trail, I found this rock. 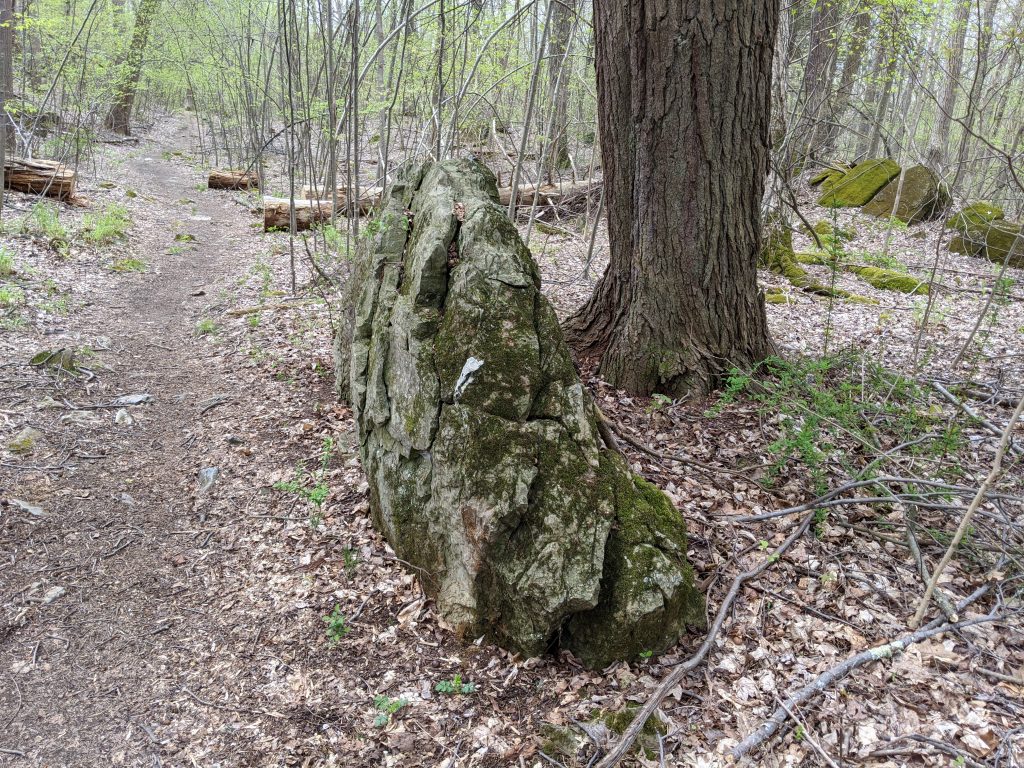 A few minutes further down the trail I ran into an issue, easily six inches of water cover the trail for about 10 yards.  I had to bushwhack around it. 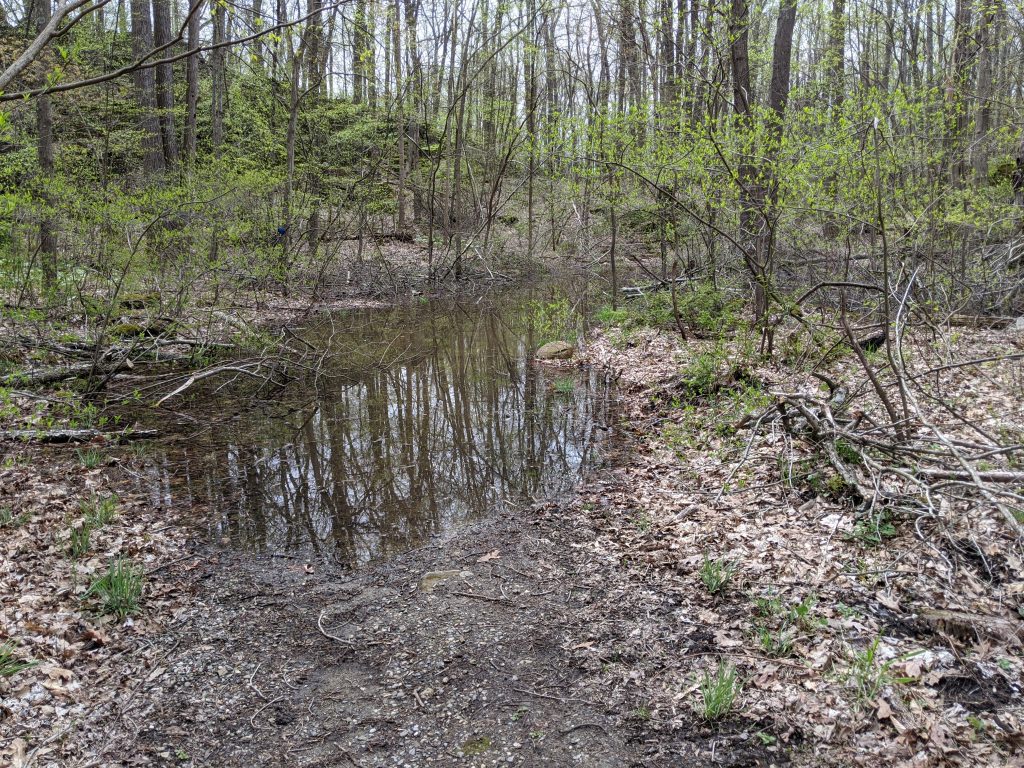 Towards the southern end of the park there are many unmarked trails.  It looks like there is a new Andover Loop trail (not marked on my map, and with smaller trails branching off it.)  I found my way to the Blue trail, but not using the path I intended.

Coming back up the Blue trail was nice.  Atop a hill there was a nice view of White’s Pond, which my initial path would have taken me closer to. 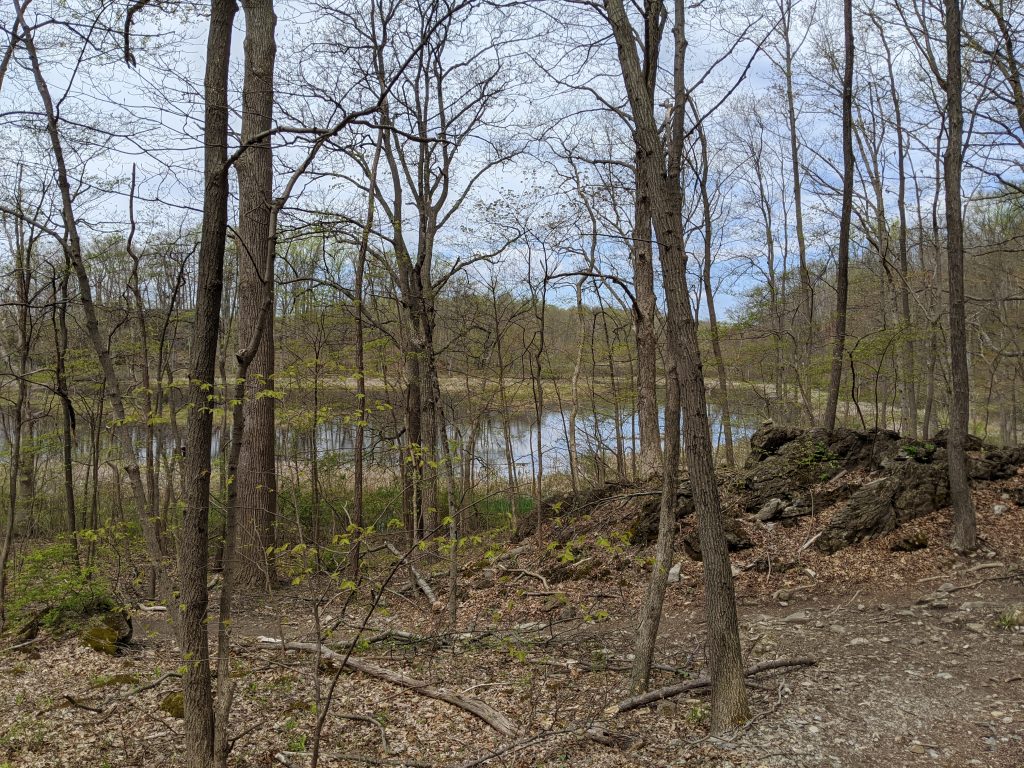 All in all this was a great hike.  It’s not often you hike to an airport.  The trails were not too strenuous, and it seemed pretty hard to get lost in the park, even on some of the unmarked trails.  I highly recommend, for the airport alone. 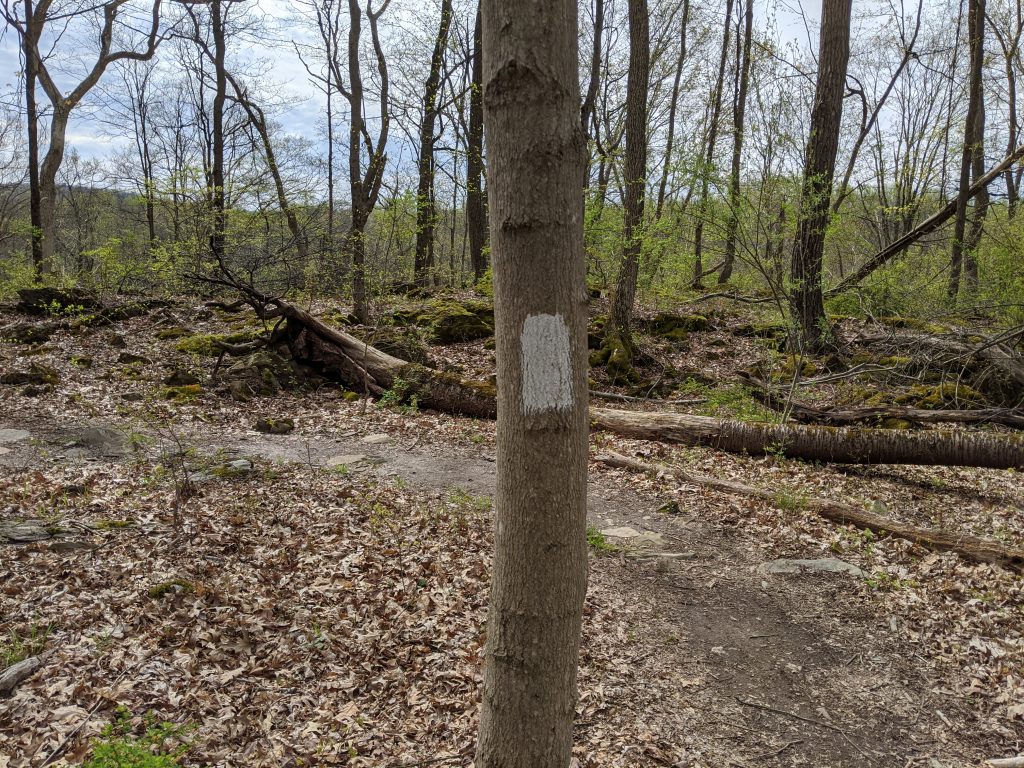 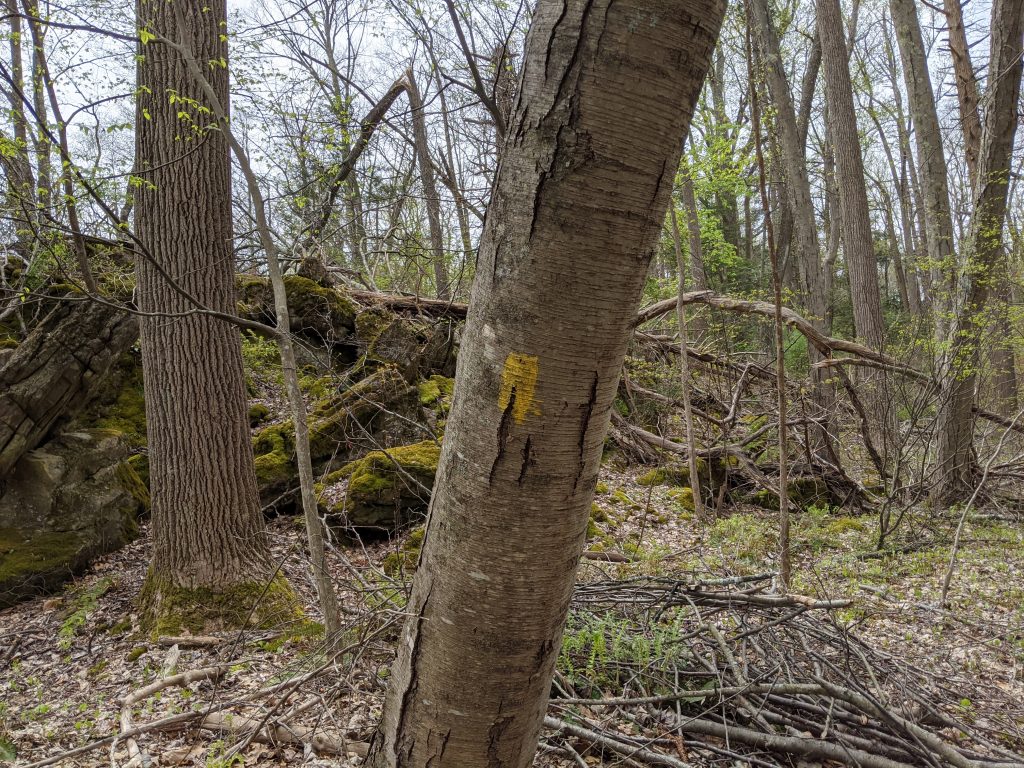 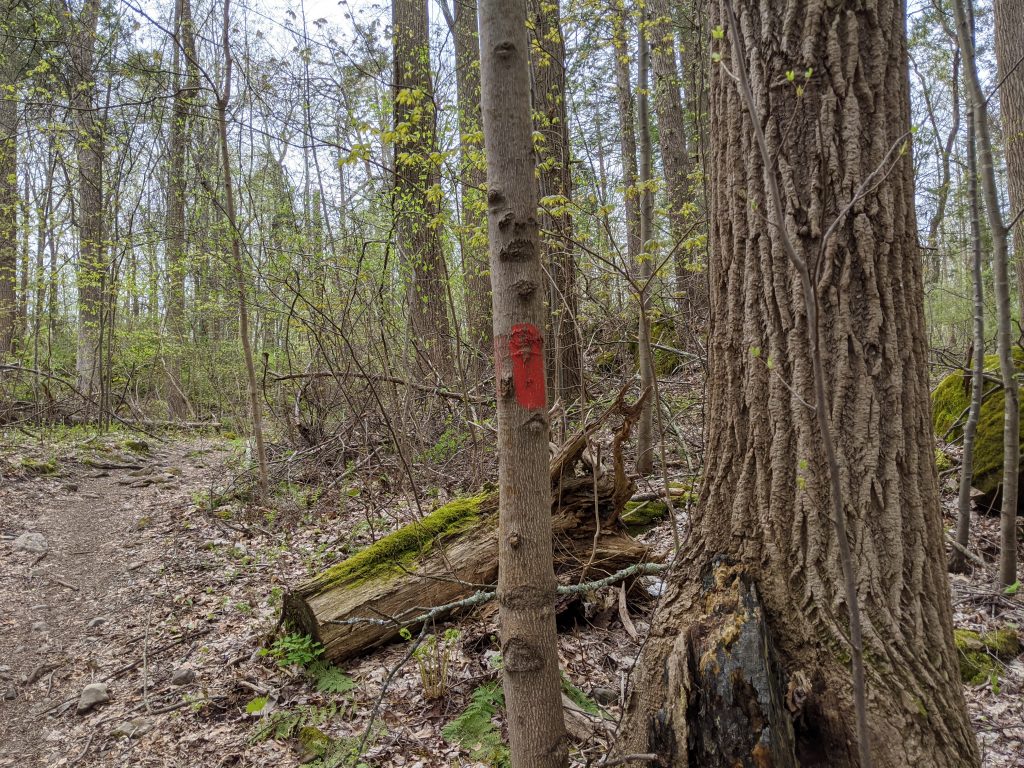 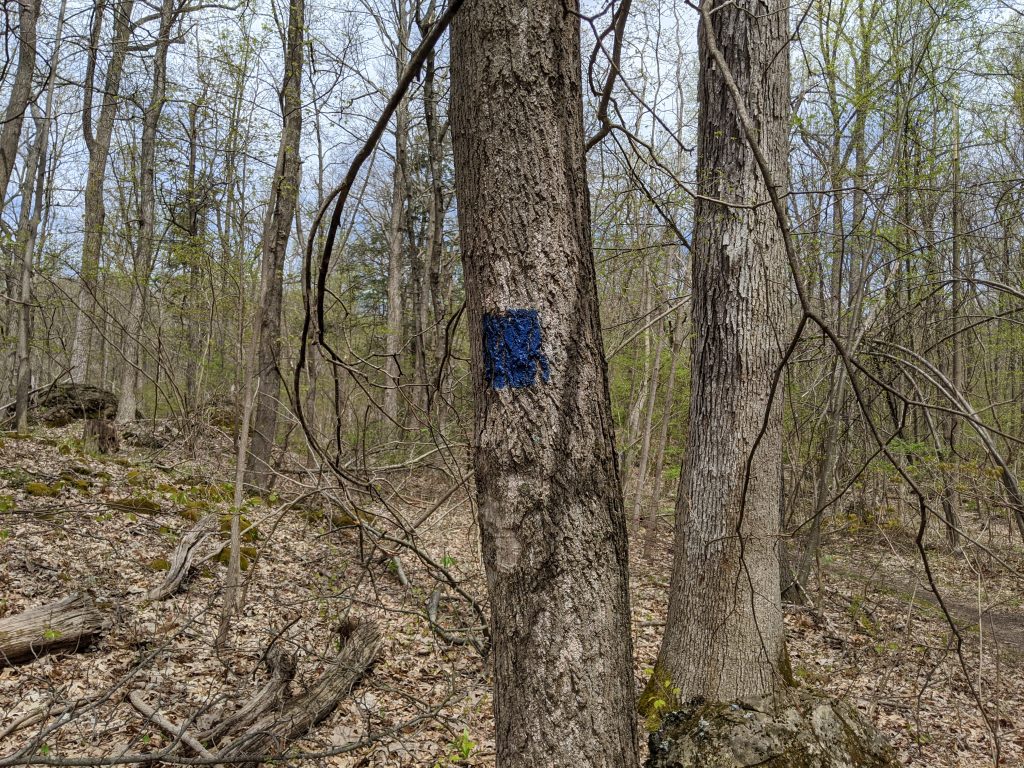