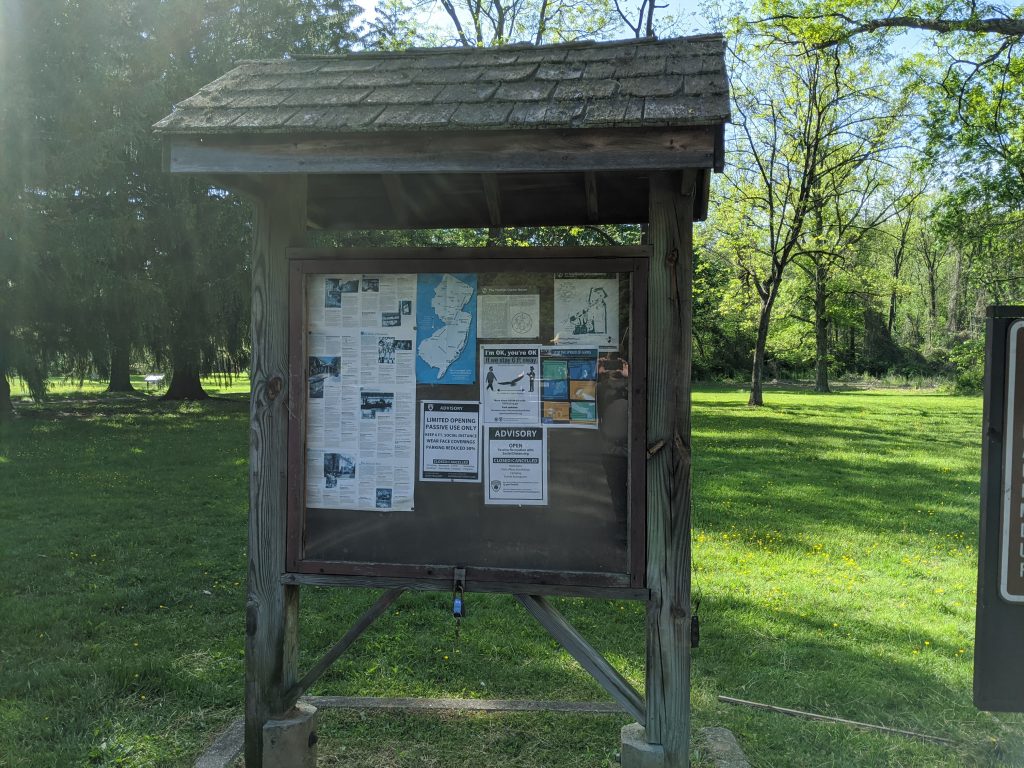 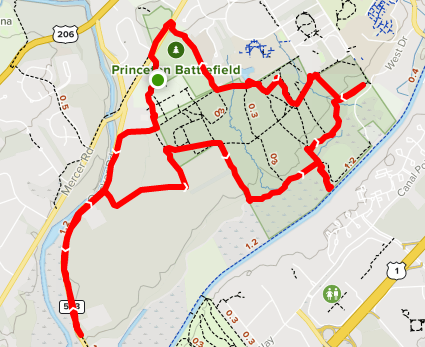 In the midst of the quarantine, and with parks open for the first week, I thought I would find some place relatively secluded where I could ramble the trails.  And in this case, I wanted to find the swinging bridge.  Arriving at the park early enough there were only six other cars in the parking, which I thought might be a good sign.

I started by hiking out down the road, thinking I would take a trail that skirted the woods and would pick up the River’s Edge trail.  After walking down the road, I found where the map AND AllTrails indicated the turn to towards the woods should be.  However, that trail doesn’t exist.  So, it was back up the road, with the sun blazing down.  I eventually turned on the Cornfield trail by the marker. 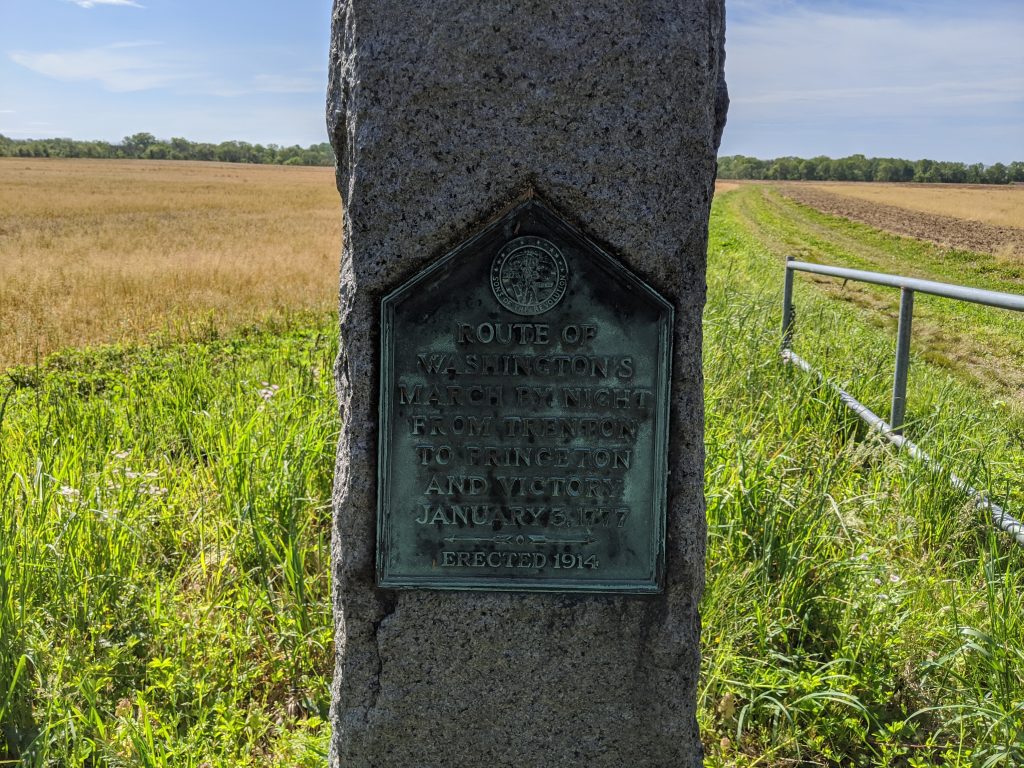 Once inside Institute Woods, trails would be wide and packed dirt, with occasional roots.  It’s easy walking with no elevation gain; and it is really hard to get lost – even though blazes are sporadic and trails are only named on the map.  And, there are numerous unmarked trails. 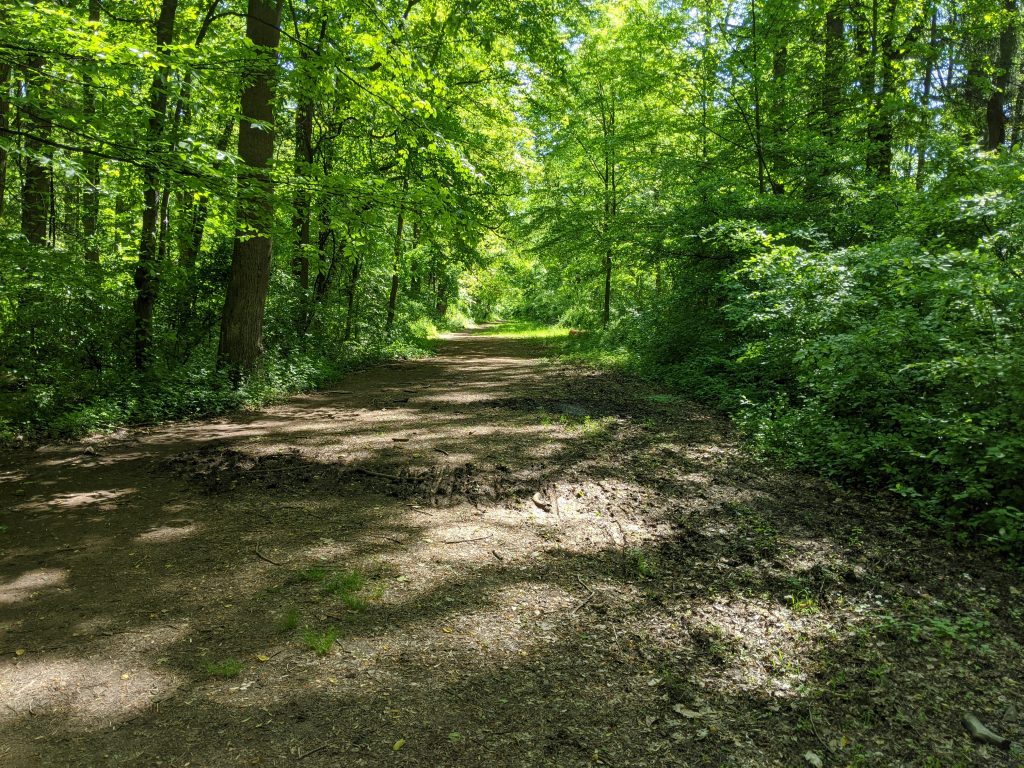 However, I was off to find the bridge.  The path by the river’s edge is very nice, the water moving faster than I expected.  After some time, found it: 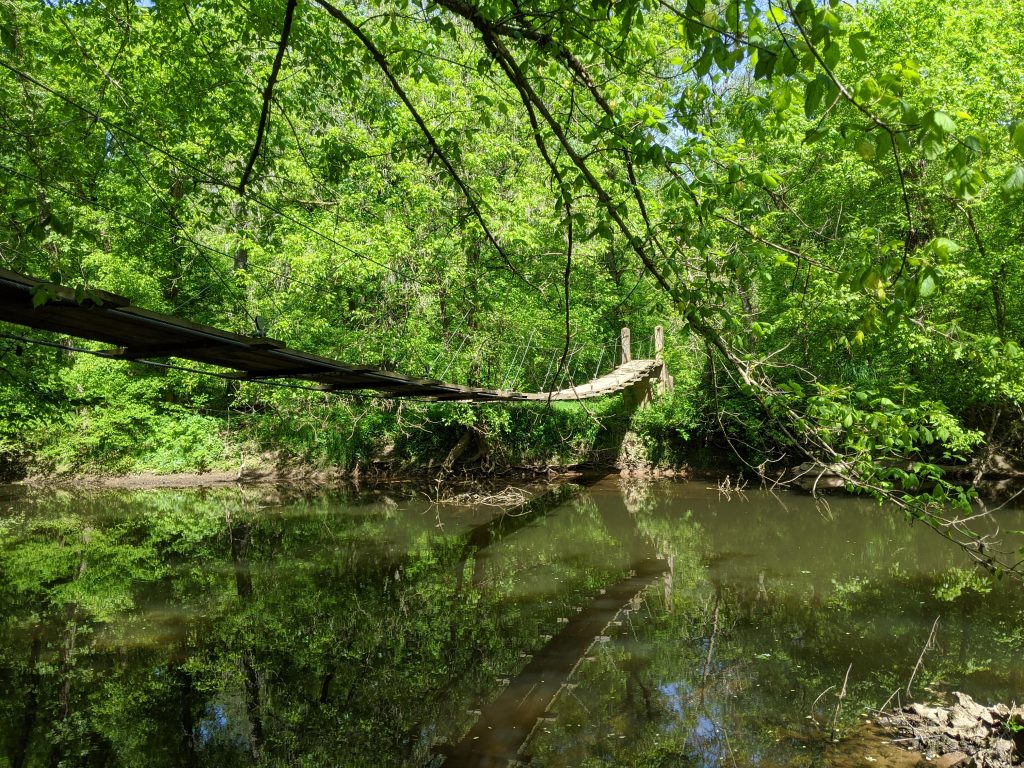 Following the trail on the other side of the bridge led to the Delaware & Raritan Canal and trail of the same name.  However, a rockhop over the canal would be necessary; the rocks were spaced a bit and I didn’t have trekking polls to help balance.  Another day.

I hiked down to the viewing stand and walked around the marsh.  If you are into birding, this is a great place to watch the birds, with a clear view while remaining hidden in the trees.

While walking I got to see a little wildlife:

Finally, I walked along the old trolley track and took the trail up to the Columns.  I didn’t hike out to the columns because there were too many people – and I was trying to stay away. 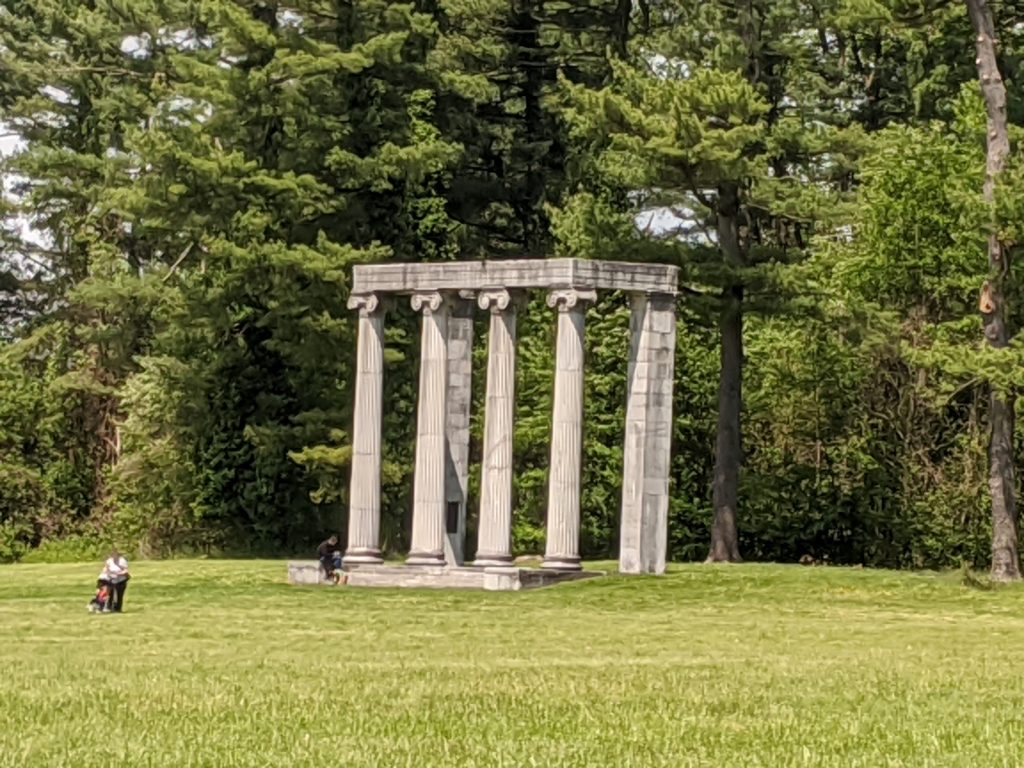 When I got back to the parking lot, there were easily 30+ cars jammed in; and cars lining the driveway.  People were all over the place, and no one was social distancing.  I guess cabin fever crept in.  After unloading, I walked to see the Clarke House, but from a distance.  As there were so many people I figured to come back another day. 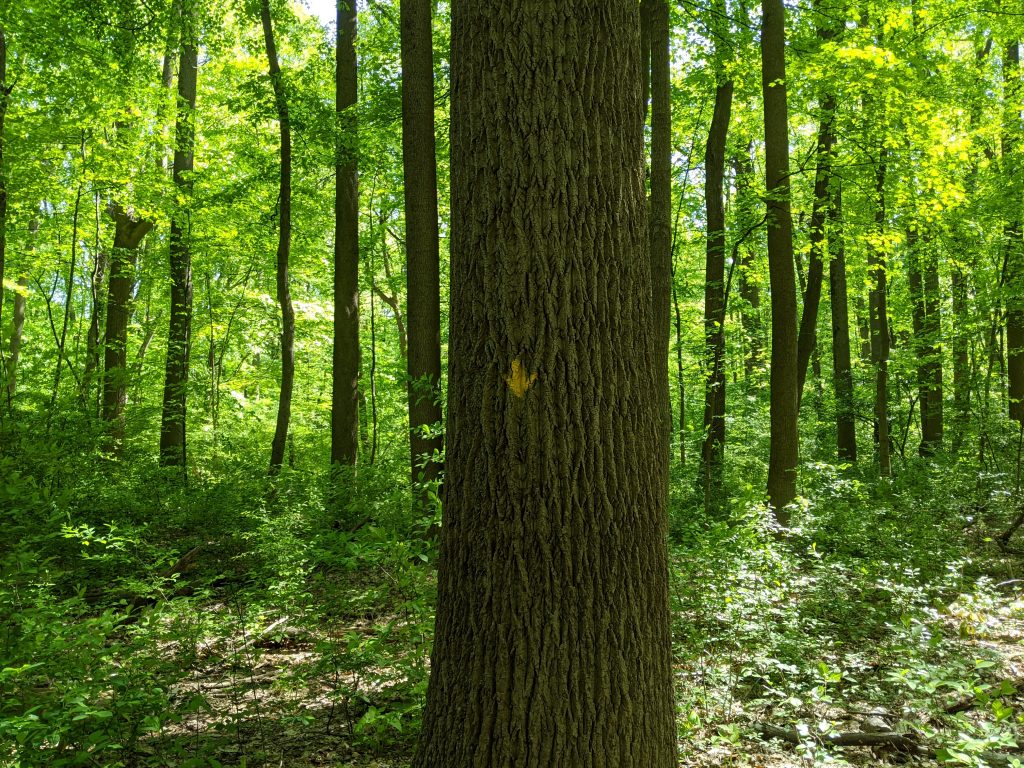 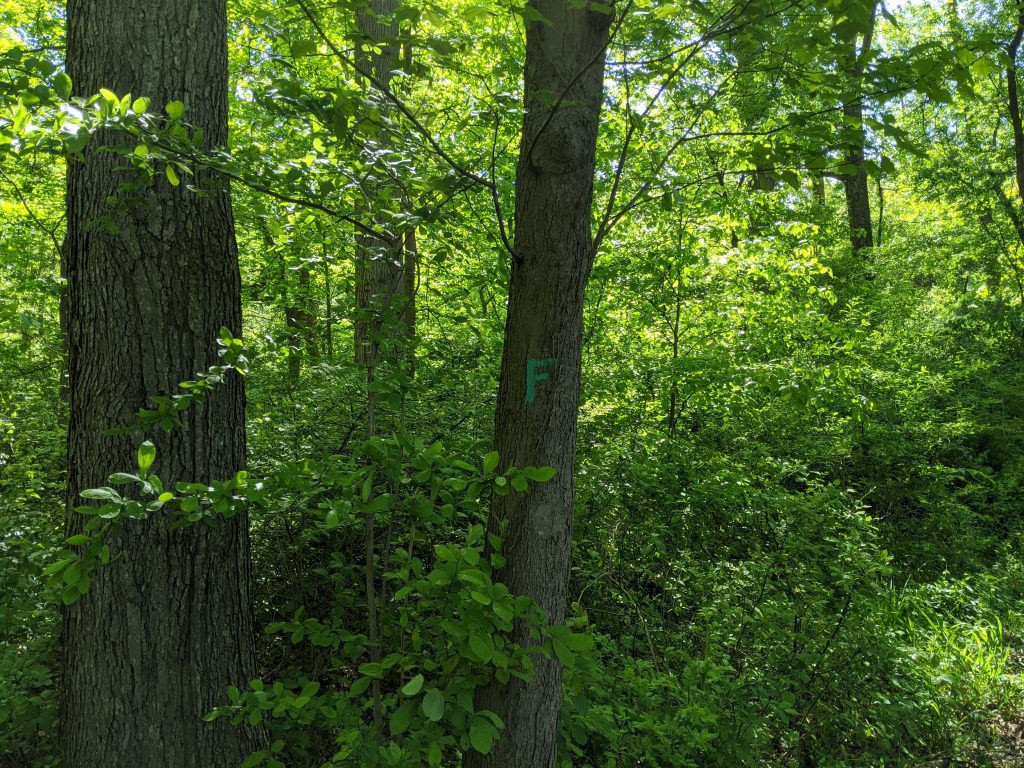 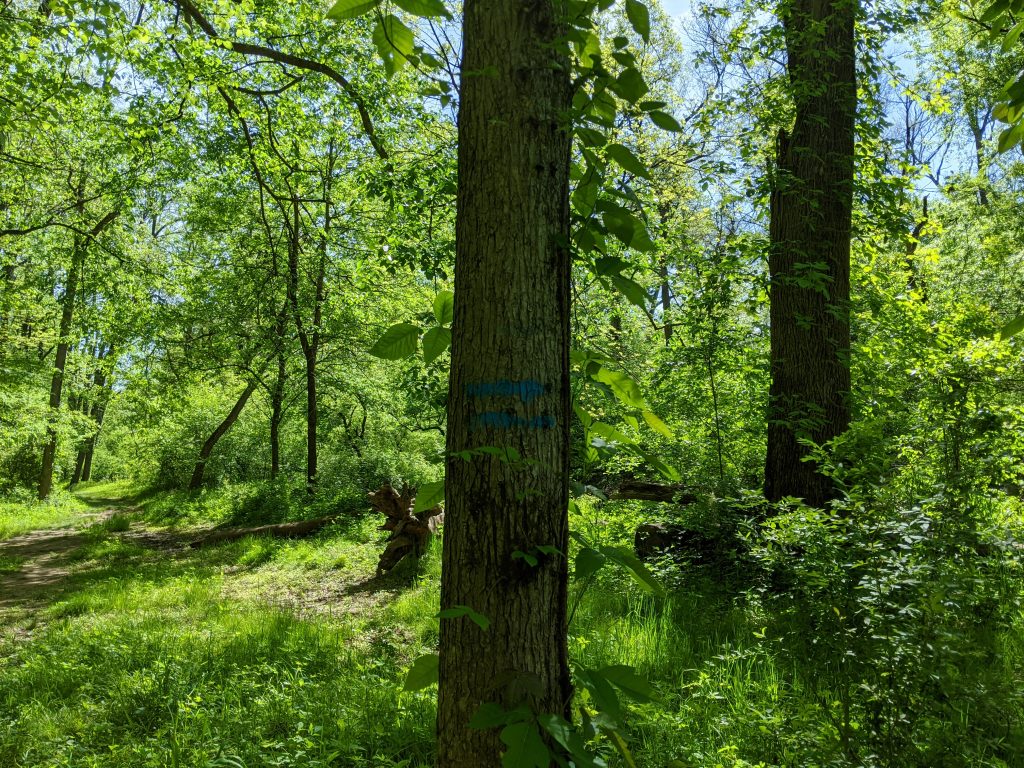 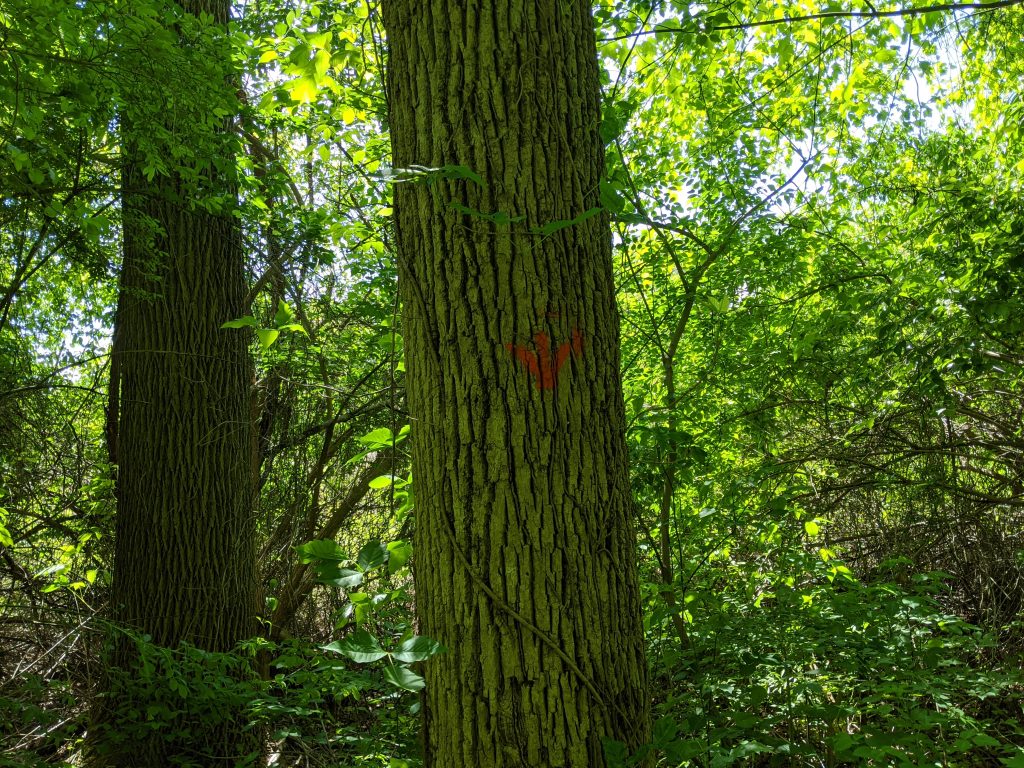 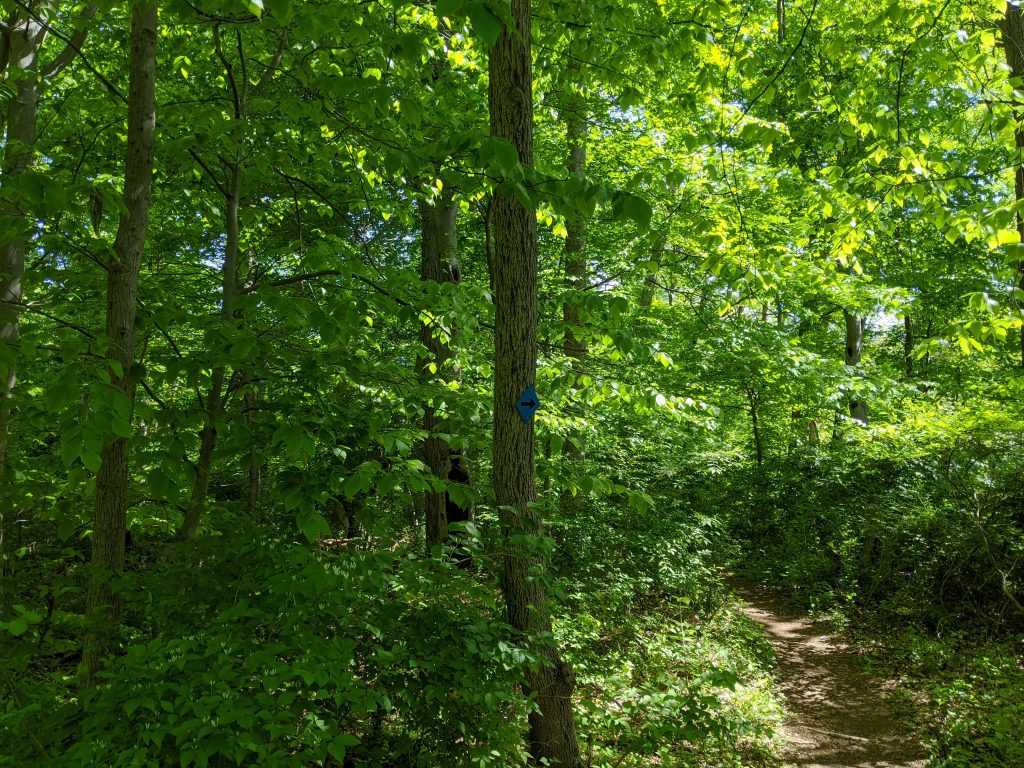