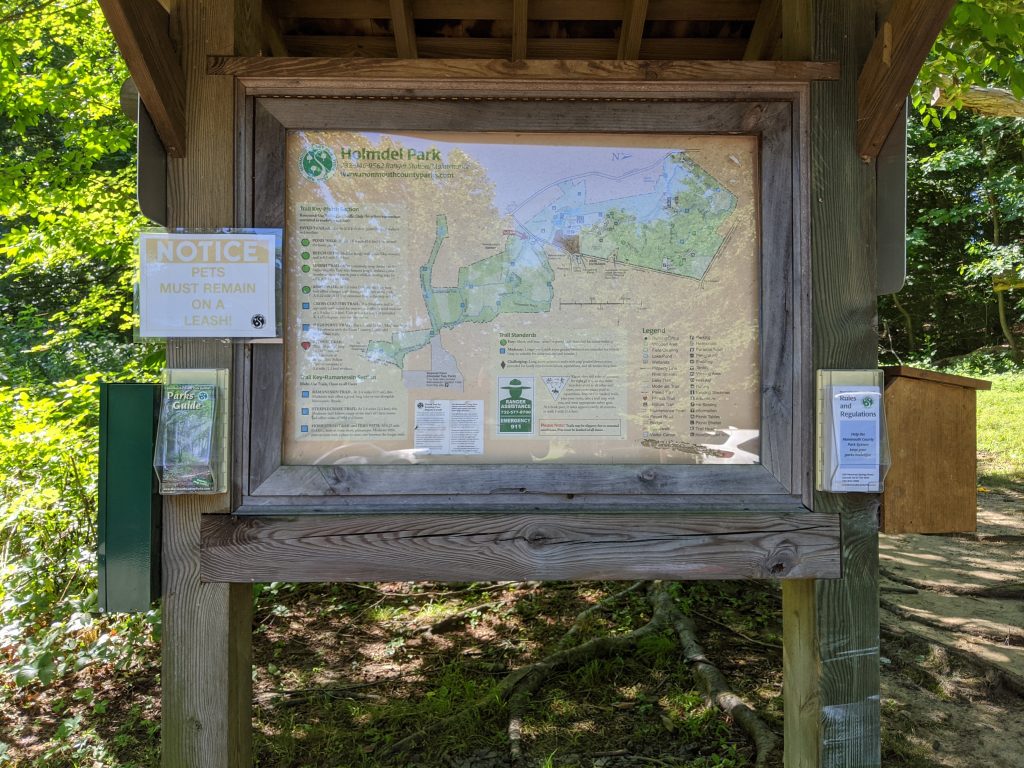 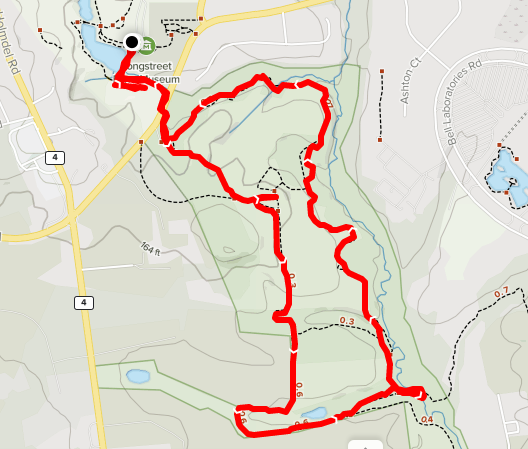 Shakedown hike!  I’ve been to Holmdel Park countless times, it’s about 20 minutes from my house.  But, after my last couple of hikes I had to make some changes and this seemed like a great place to a) hike a trail I haven’t been on, and b) test out some new gear.

First:  For Father’s Day I was given money to purchase trekking poles.  After coming down the steep section of the mountain on the Green trail in Apshawa Preserve, I realized I should probably try trekking poles.  I realize that they seem to be a polarizing issue; you either love them or hate them. I can see pros and cons, but if they truly make it a little more comfortable, I’m game.  I purchased a pair of Cascade Mountain Tech Trekking poles, cork handles and lever locks.

Second:  After the debacle with the boots I figured it was time to upgrade to newer boots.  My previous boots were L. L. Bean boots, of about twenty years; though used the most during the past five.  I know there rages two debates, boots or trail runners, and waterproof or non-waterproof. Ultimately, I think I’ll move to trail runners at some point, to save the weight, however; given where I hike and the sheer amount of rocks I went with a more traditional boot.  And, I went with non-waterproof as they will dry quicker.  My choice was Merrell Moab 2 Vents, and a ridiculous deal from Amazon.

So, this hike was to break in new boots and learn how to effectively use trekking poles.

The boots are awesome, they barely need breaking in.  They are extremely comfortable and a noticeable upgrade from my last boots.  As for the poles, it took me a mile or two to really get them right.  I’m sure I looked pretty spastic to the people coming the other way as I was trying to get into the right rhythm with them.  My verdict, I like them.  Certainly, on flat sections I get into a good rhythm and can make good (better) time.  Plus, there is an upper body workout as well.  Holmdel park isn’t known for elevation changes, but I did get to climb and descent some small hills; and I definitely see advantages to the poles.  They’ll make rock hopping and stream crossings easier, though I don’t know how much they’ll get used during scrambles.

As for the hike…this was a typical Monmouth County Park System hike.  There were very few blazes, mostly markers telling you which way the trail went.  And there were plenty of unmarked trails.  Trails were wide and well used, so it is very hard to actually get lost, though I found it difficult staying to my plan.  More than once I had to turn around. 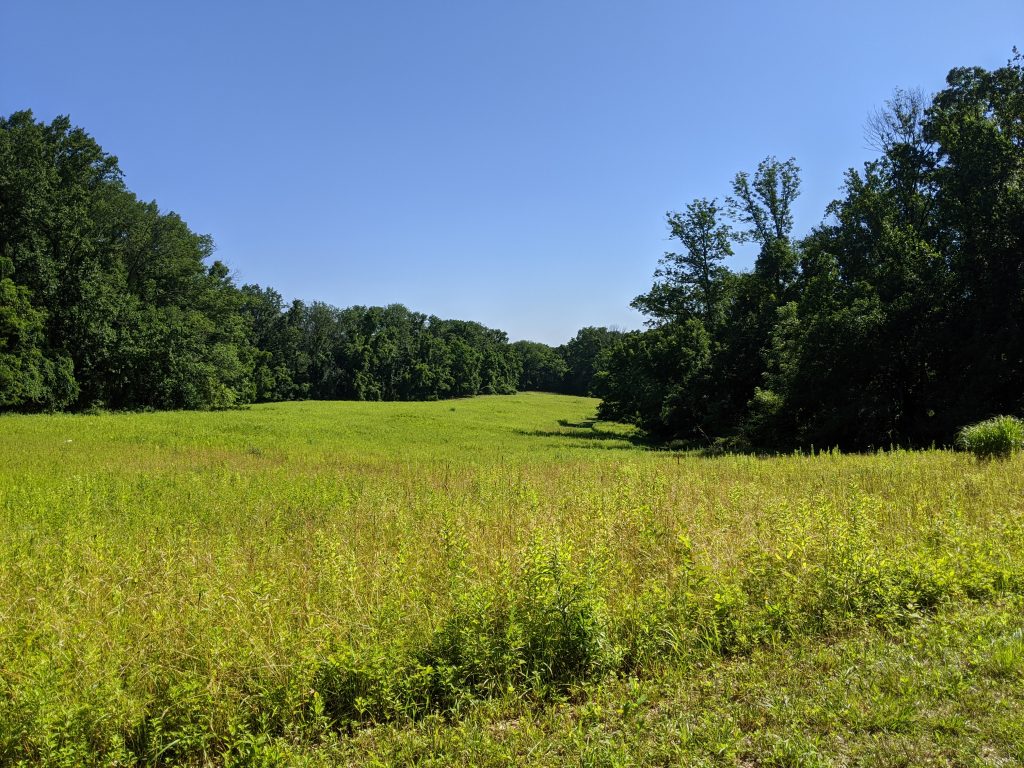 One of the neatest aspects of this section of Holmdel Park is that the park follows Ramanessin Brook which is known to have shark’s teeth and fossils in it.  While walking along the southern portion of the Steeplechase trail I came across a person who had a couple. 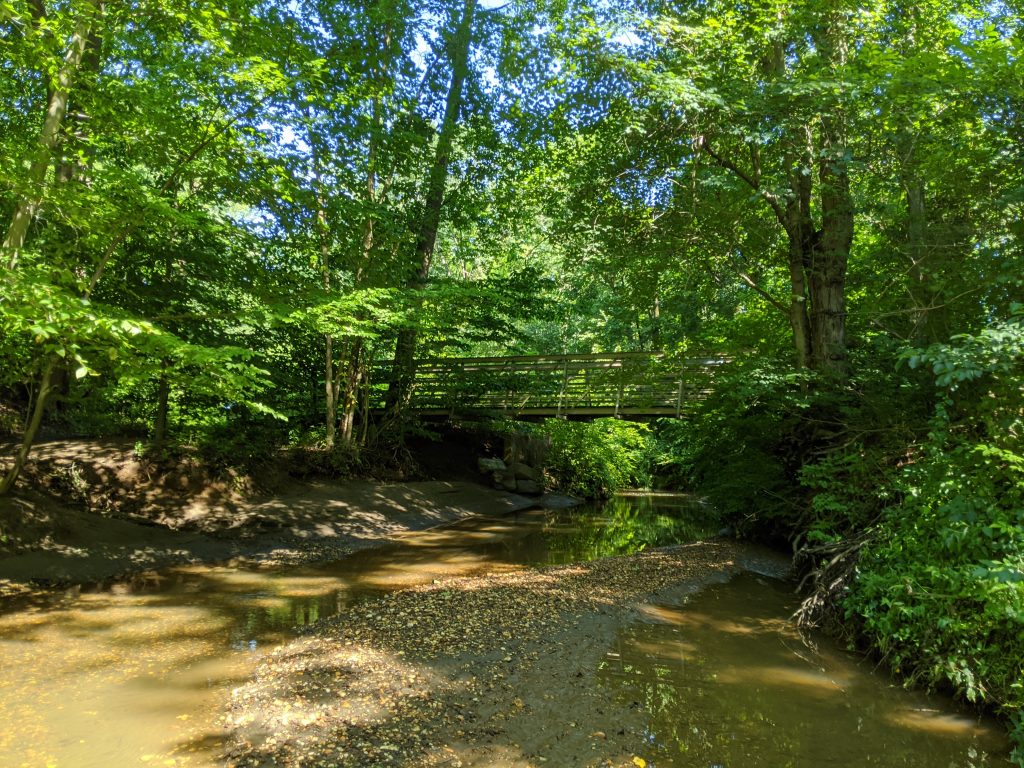 I hiked down to the water to check it out.  I would like to come back and walk the brook and see what’s actually there as the brook is shallow and easily walk-able, and on a hot summer day will feel great.  I’ve heard that there are more fossils and teeth at Big Brook Park. 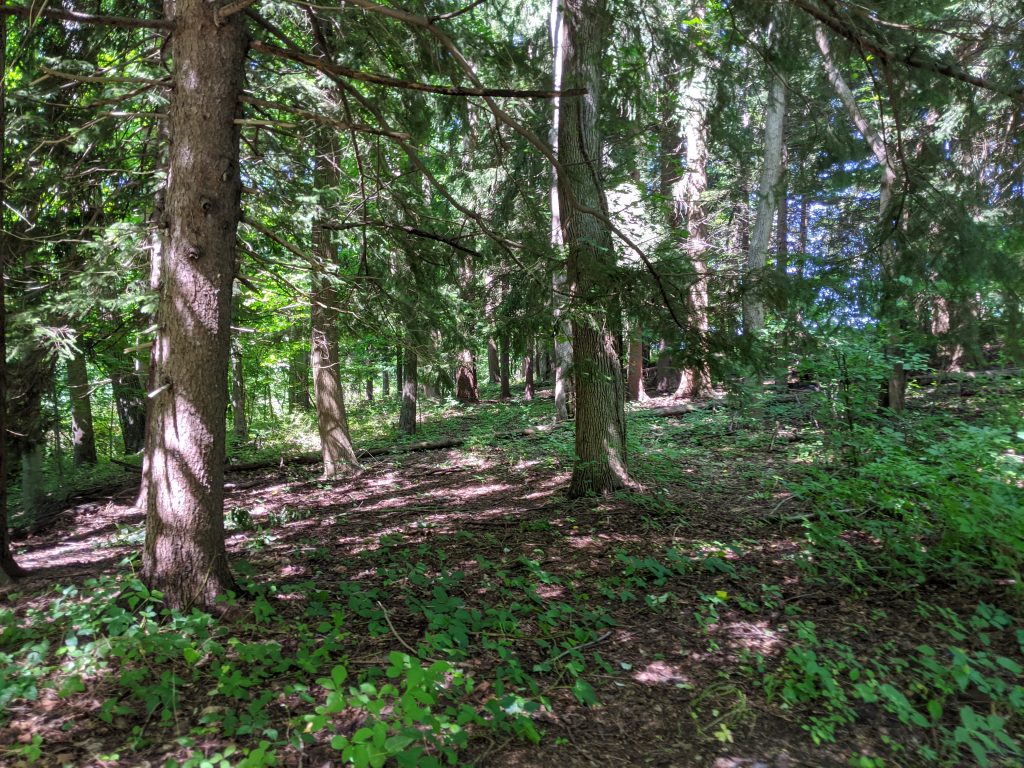 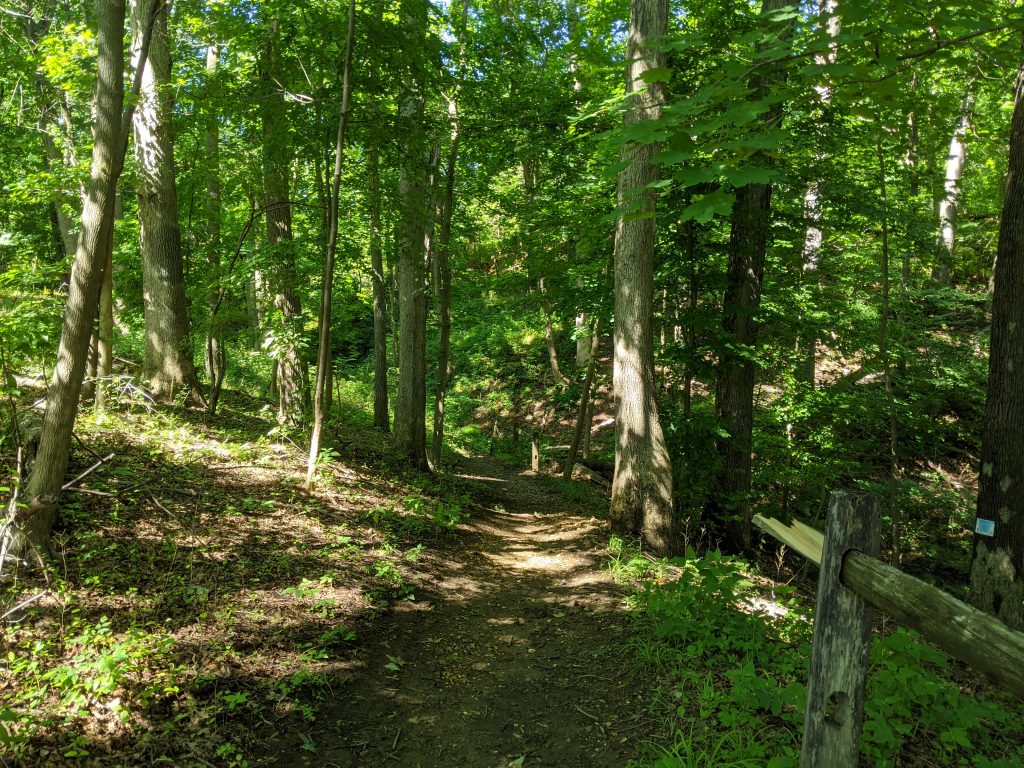 By the end of the hike I was pretty proficient with the poles and will be happy to bring them on future hikes.  And the boots were great.  I didn’t realize that the Ramanessin area had it’s own pull-out lot, which would have shaved about three quarters of a mile off the hike.  I parked in the main Longstreet Farm lot, which was starting to get full by the time I returned.