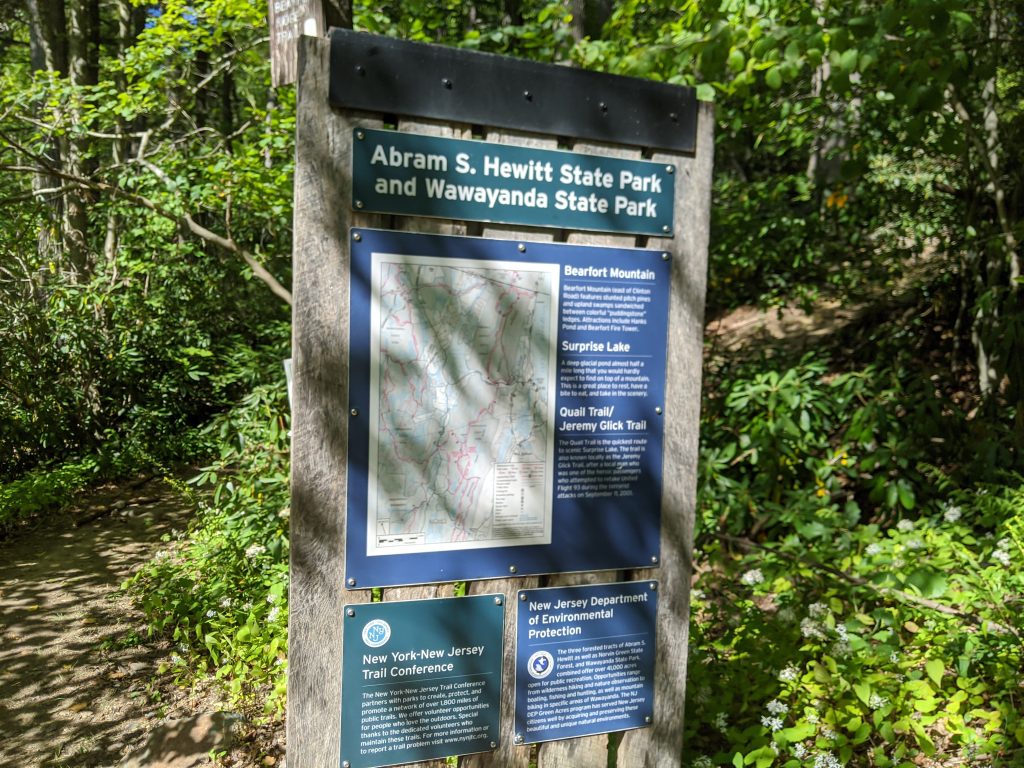 But also look here and here for improvements and changes.

Note on trails:  See the extra maps above.  What was known as the Quail Trial/Jimmy Glick trail appears to have been renamed to make up the Bearfort Ridge Loop.  Also, as of now (September 2020) The Bearfort Ridge Loop trail has been reblazed a lime green color.  It looks like there will be a new trail as well.  Bearfort Ridge used to be white. 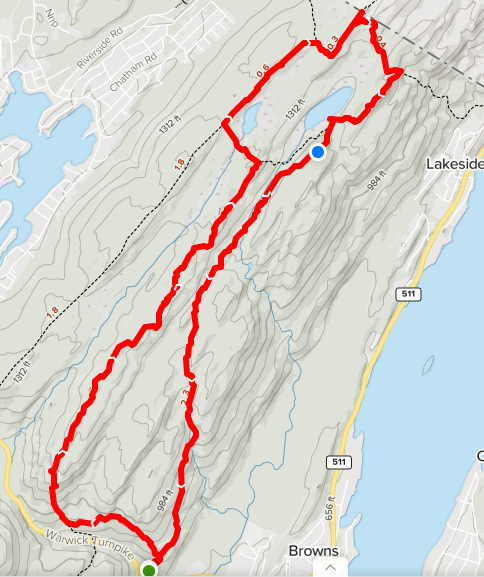 I was blessed with another perfect day to go out, there wasn’t a cloud in the sky all day.  It was in the low 50s when I left home, yet high 40s when I got to the trailhead.  As I might not be able to hike for a couple of weeks, this was a great way to go out.  This route has been on my list for a while as it is described in 50 Hikes in New Jersey; the next time I go, I may try Terrace Pond to the south.

This was a long day though; I was not prepared for the amount of scrambling I would be doing.  when I come back, I may just do the loop for the views.  However I highly recommend this hike.

Starting out, the trails are fairly wide, and soft dirt.  It wouldn’t be north Jersey without rocks.  And lots of rocks.  There were lots of trees down, but the trail is well maintained. 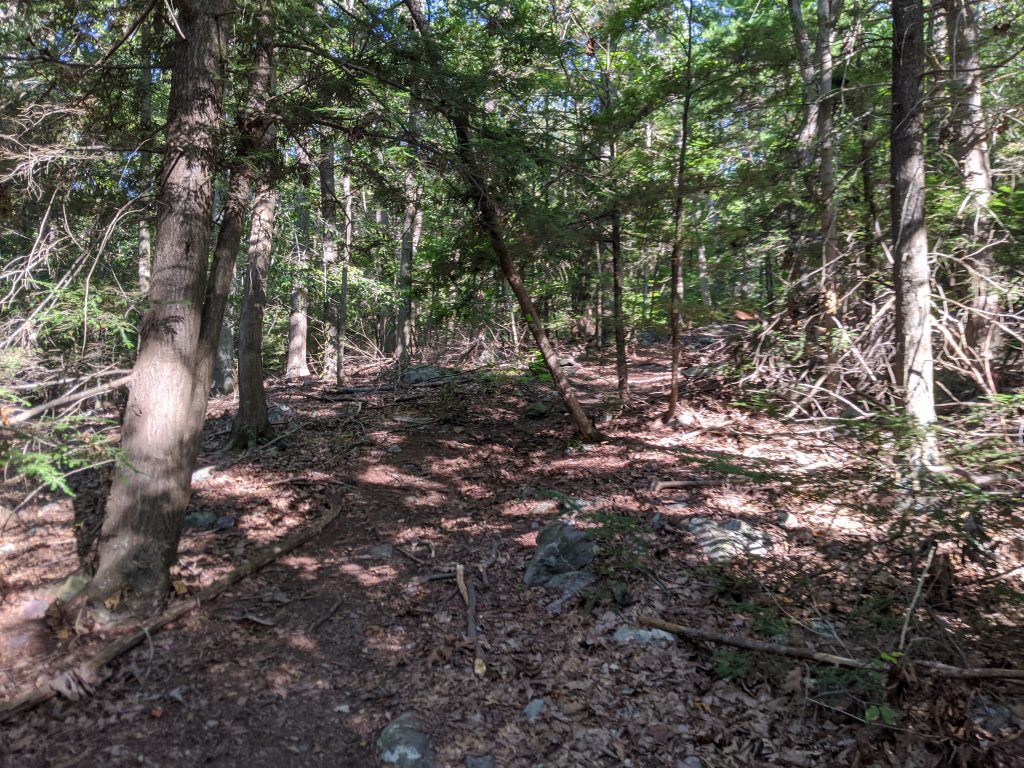 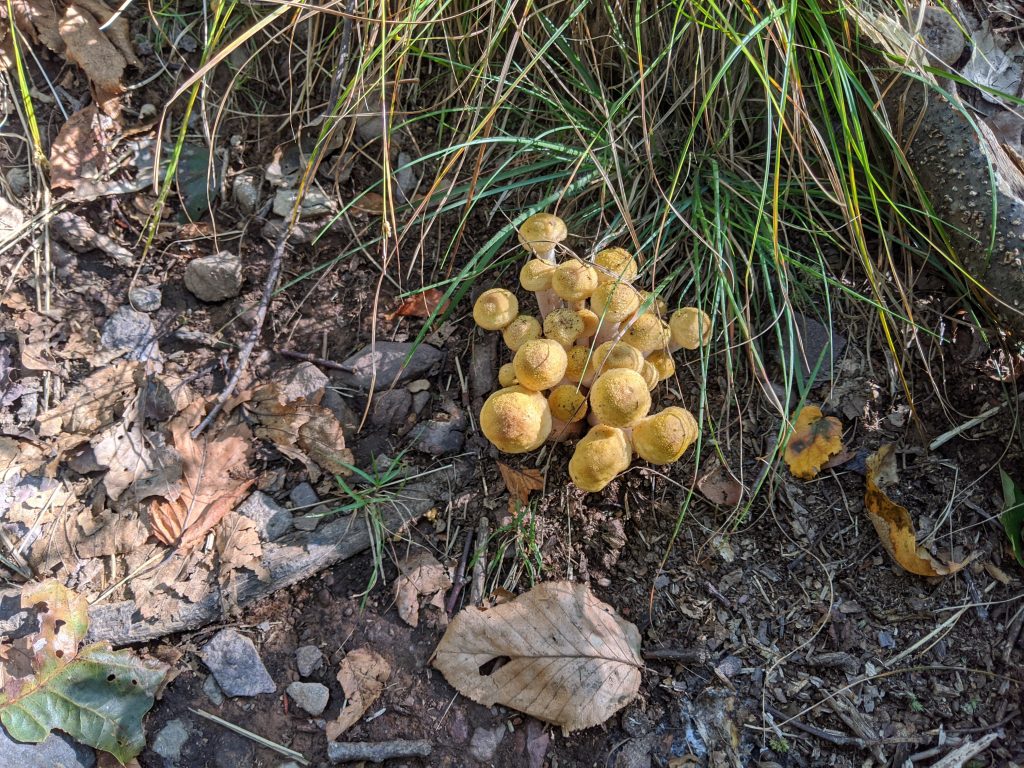 I went left when the Bearfort Ridge trail split as I wanted to head up to the Appalachian trail before I got to Surprise Lake.  The trail heads up steeply, then sort of levels out as you near the ridge.  I felt like walking on the ridge was like walking on someone’s spine.  There were plenty of rock scrambles, each affording it’s own view. 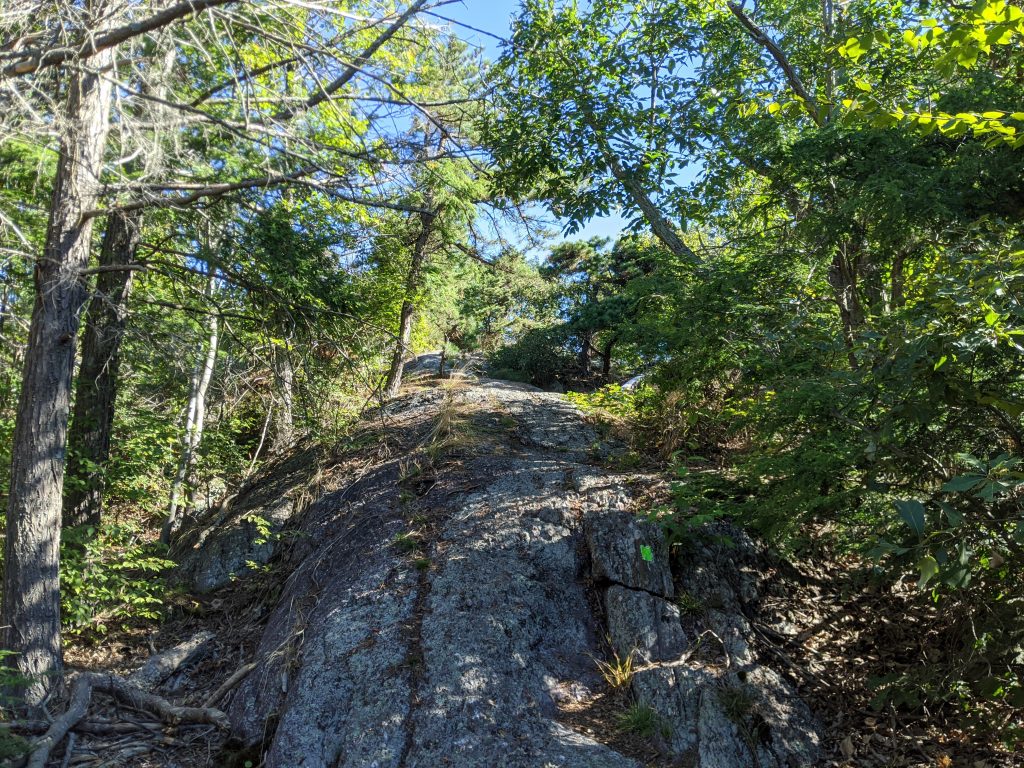 Right near the top of the ascent, I noticed a big rock to my left and scrambled up that for a great view to the south / southwest.  Coming down that I was faced with: 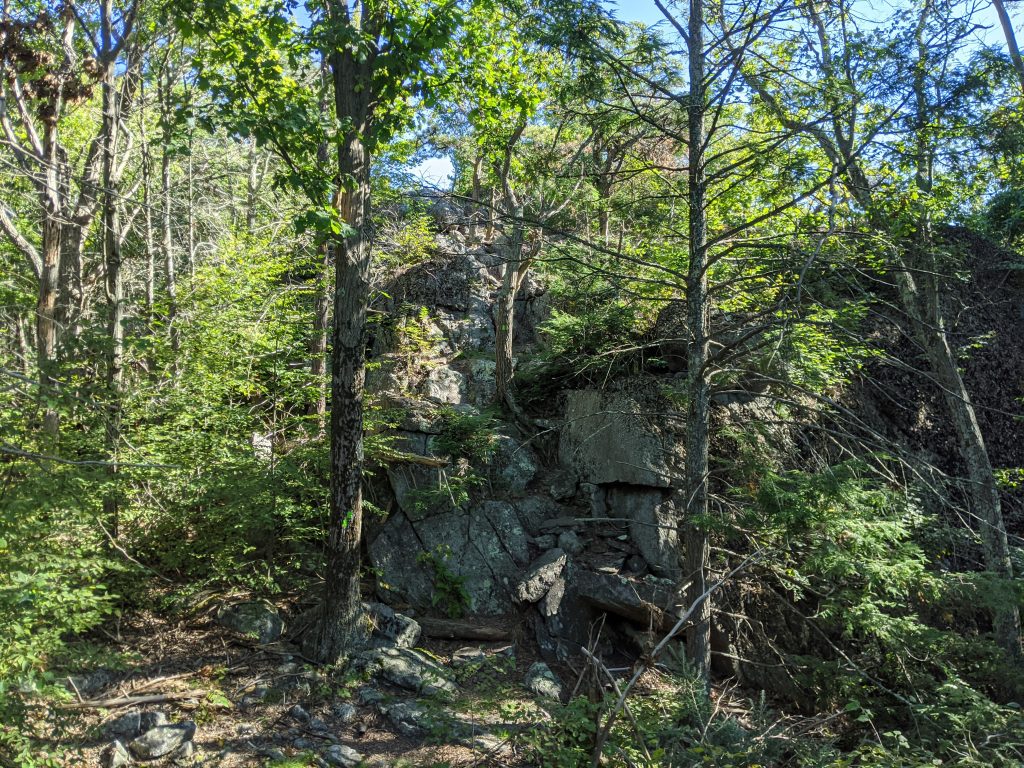 I was glad to have to go up that, and not down.  However, there was more to come.  This was a good scramble, and with a crazy good view as the payoff.

It seemed every scramble had a view, and I was blessed with great weather.  Walking northwards on the ridge was pleasant with multiple scrambles and rocks to walk along. 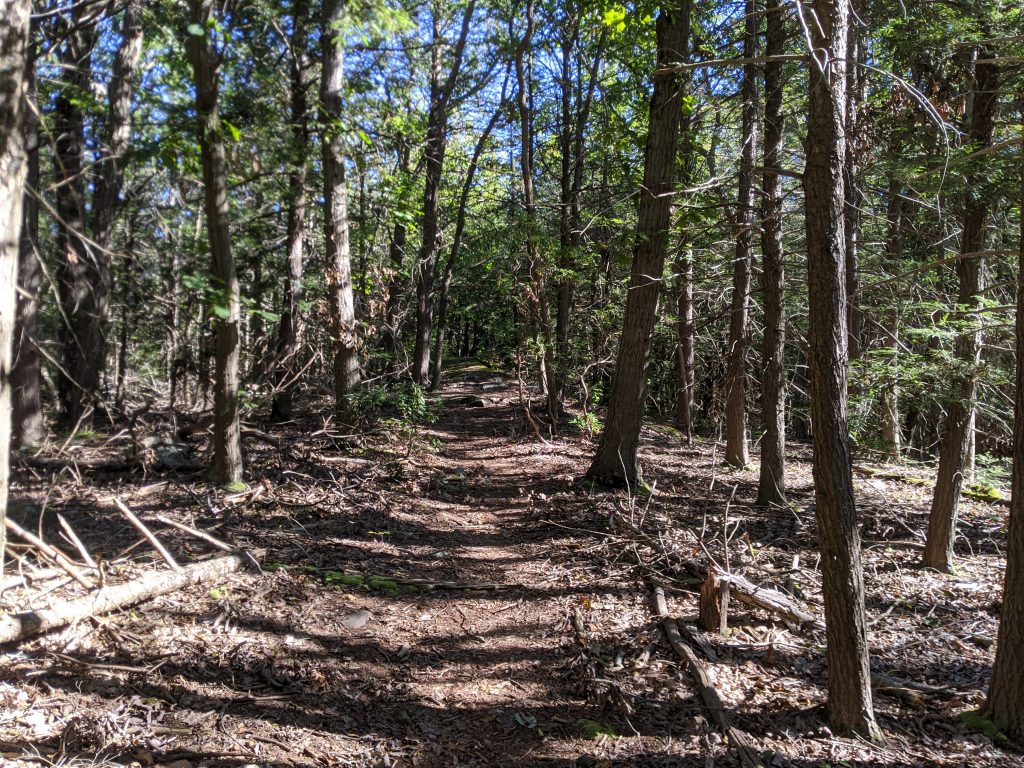 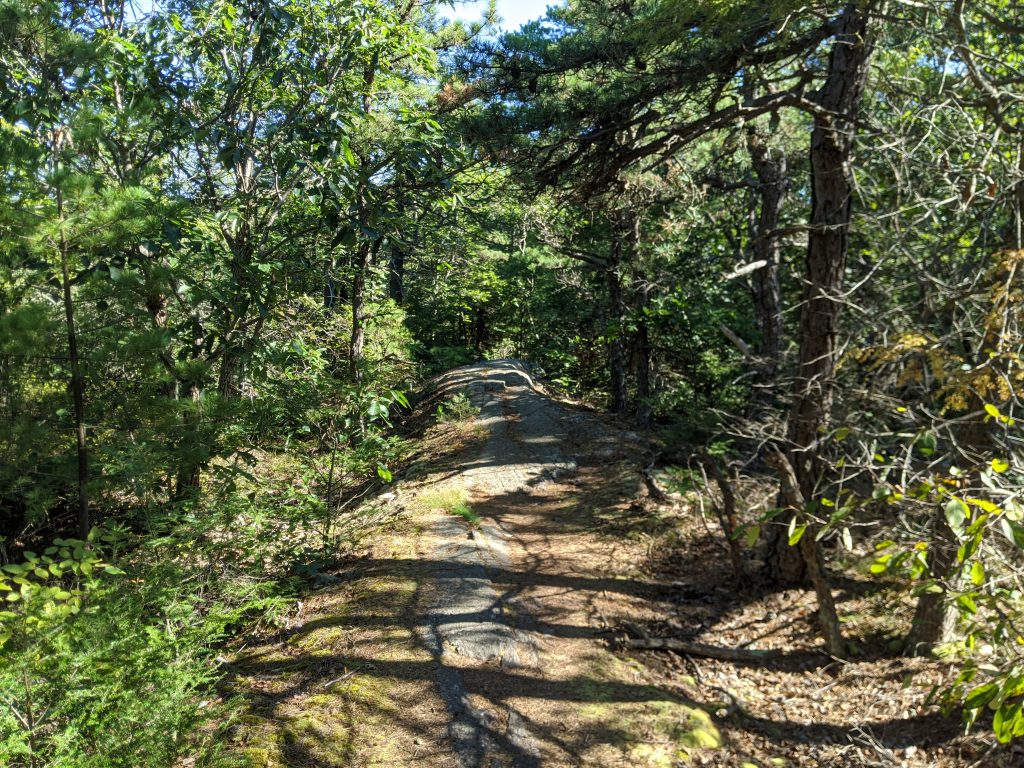 I came to a swamp with a large rock that seems to have been detached from the rest of the rock. 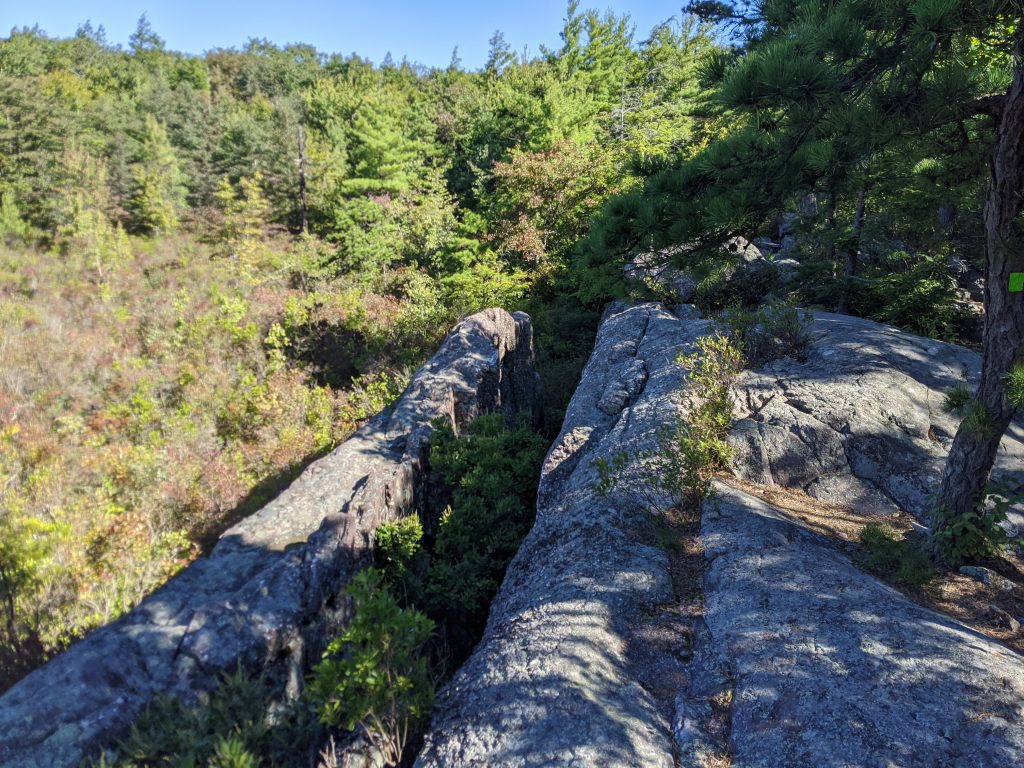 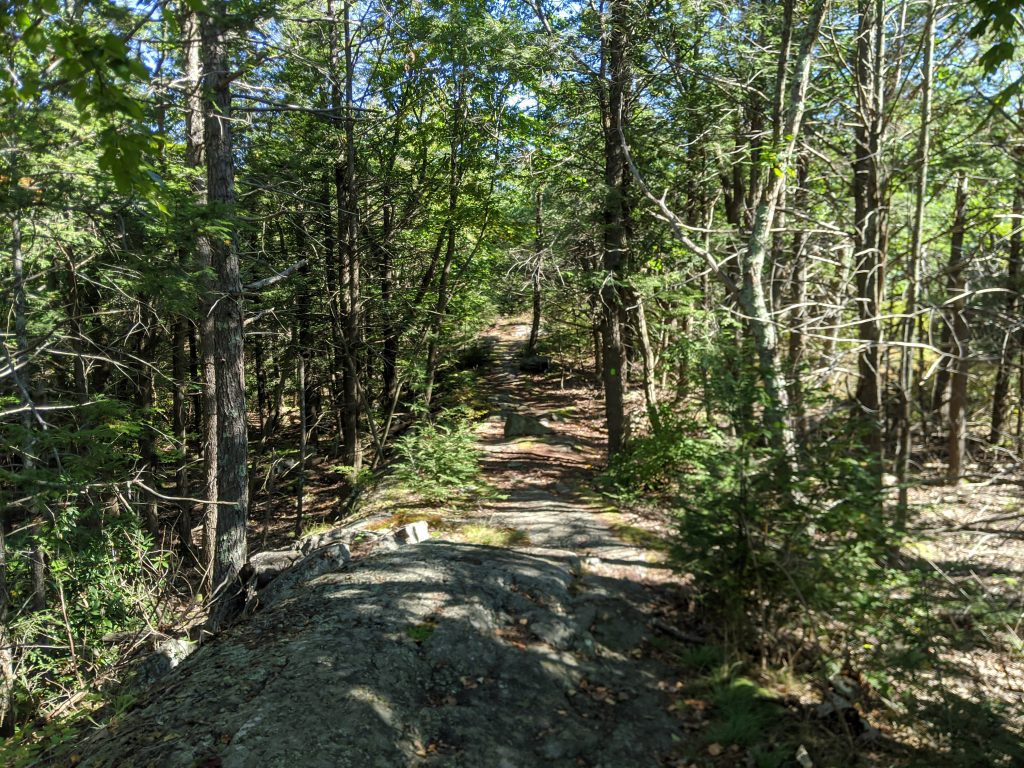 When the Bearfort Ridge trail junctioned with the Ernest Walter trail, I went left, through a small field, then to some large rocks.  Fortunately, I was going down.  Here’s a shot looking back up. 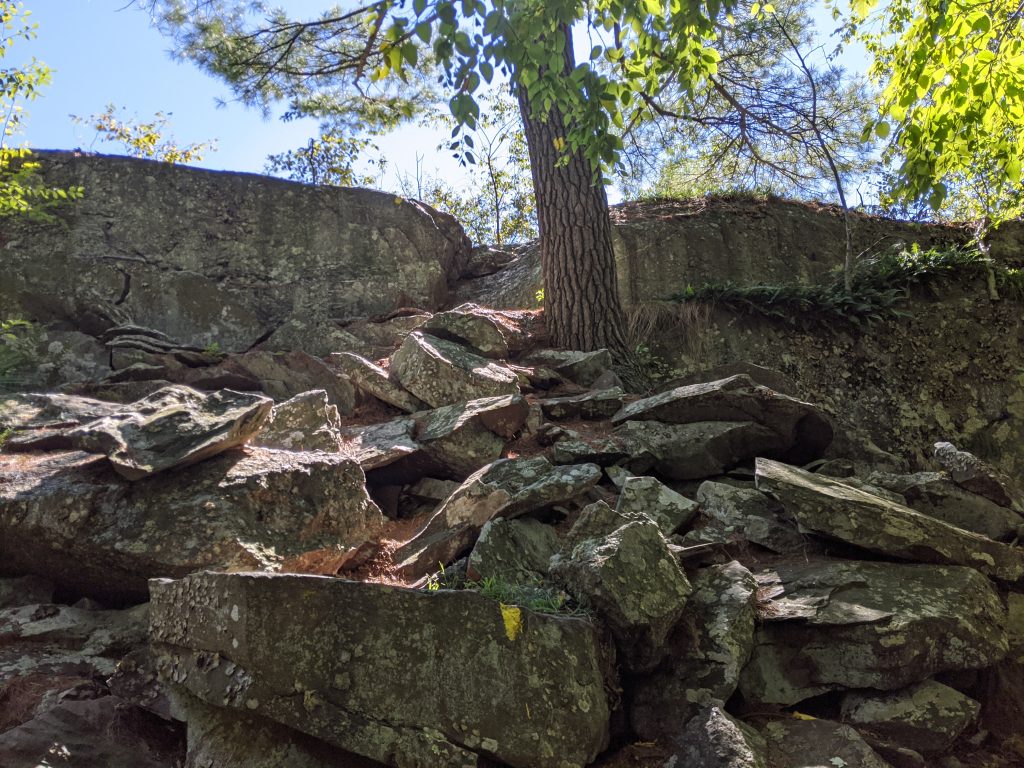 Just beyond, I ran into a group of three, and warned them of what they were going to have to go up.  They mentioned that I had a big rock in store for me that they just came up.  I didn’t think I would have anything more difficult than the above.  They were right.  I don’t have any pictures (I didn’t want to stick around) but I basically came to a twelve foot cliff that had two spots that sort of looked like steps.  After not finding a way around this, I chucked my trekking poles down, slid out on the ledge, kind of twisted over and lowered myself down.  I regret not getting a picture, but I was more content on getting out of that spot.

Eventually, I junctioned with the Appalachain trail, and saw one thru/section hiker going by.  While waiting for a large-ish group of hikers to come scrambling down some rocks, I found a pretty cool looking web. 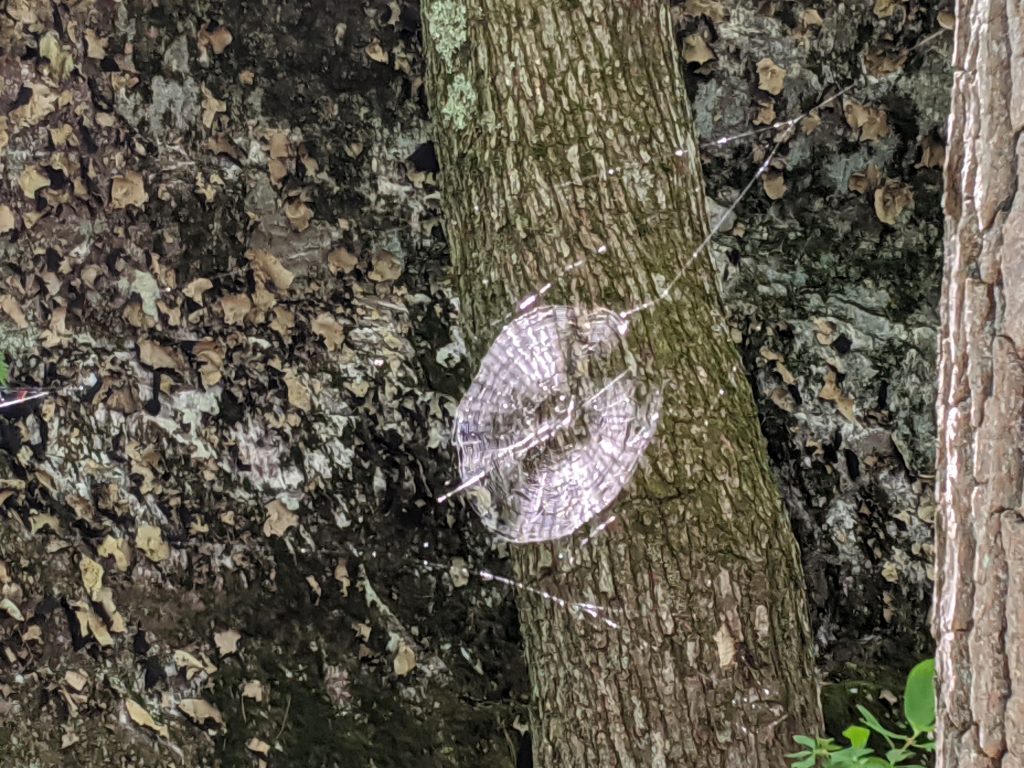 Scrambling up wasn’t too bad, though the rocks were in the sun and I thought about snakes sunbathing on top.  I figured the snakes would be gone after the group I waited for had left.

I met up with the State Line trail.  However, I wanted to see how far New York was up the Appalachian Trail.  It was much shorter than I expected.

The State Line trail mostly descended until it junctioned back up with the Ernest Walter trail. Then it was a mad climb back up the Ernest Walter.  Again the payoff would be worth it as there expansive views of Greenwood Lake.  My pictures cannot do it justice.  There was a long walk on a large rock and view kept getting better and better as I climbed.  Stitch these next two pictures together. 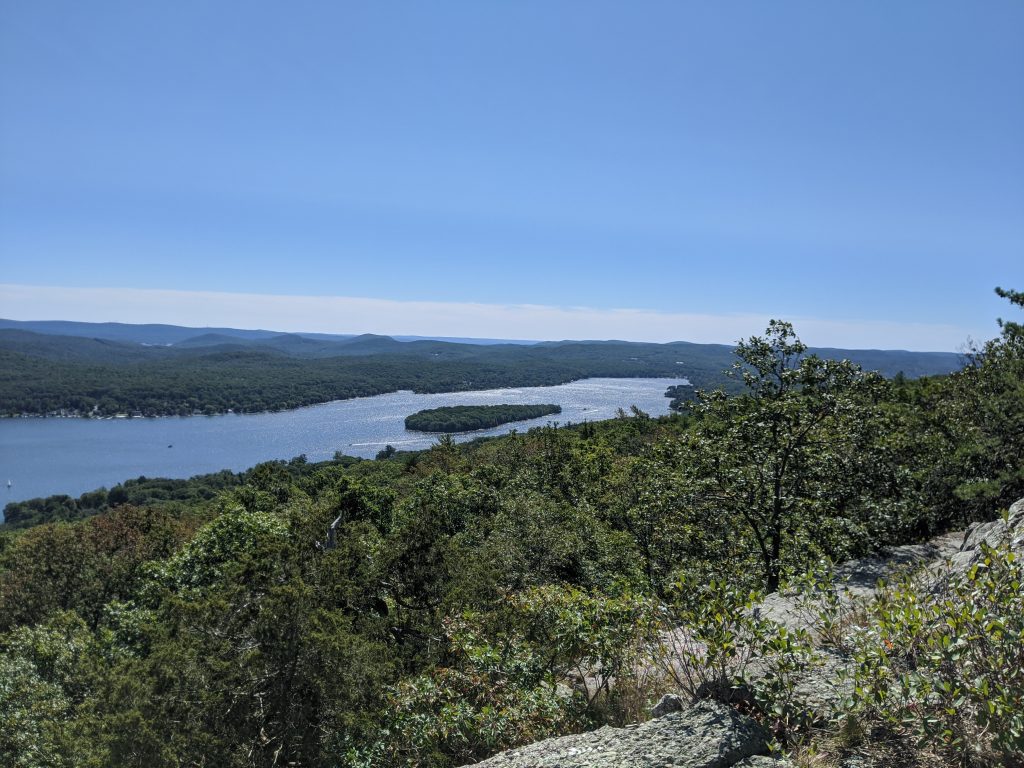 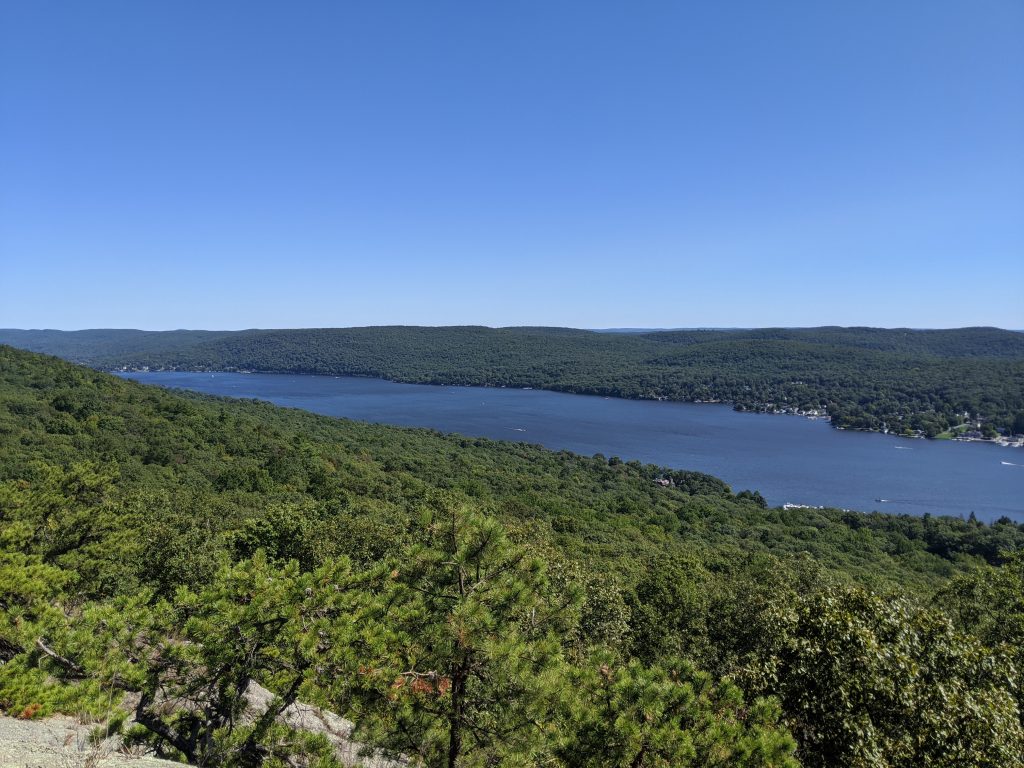 It would be easy to sit on the rock and look at the view, but I was hungry and wanted to eat at Surprise Lake, a glacial lake. 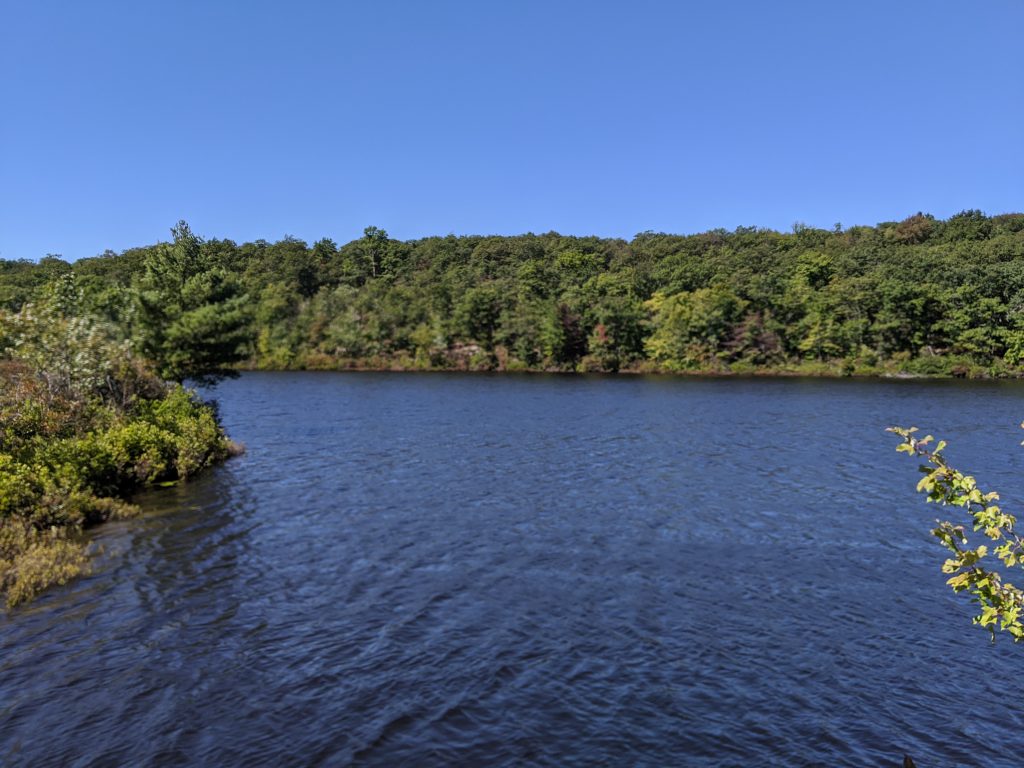 And then it was down on the old Quail Trail, now part of the Bearfort Ridge Loop. 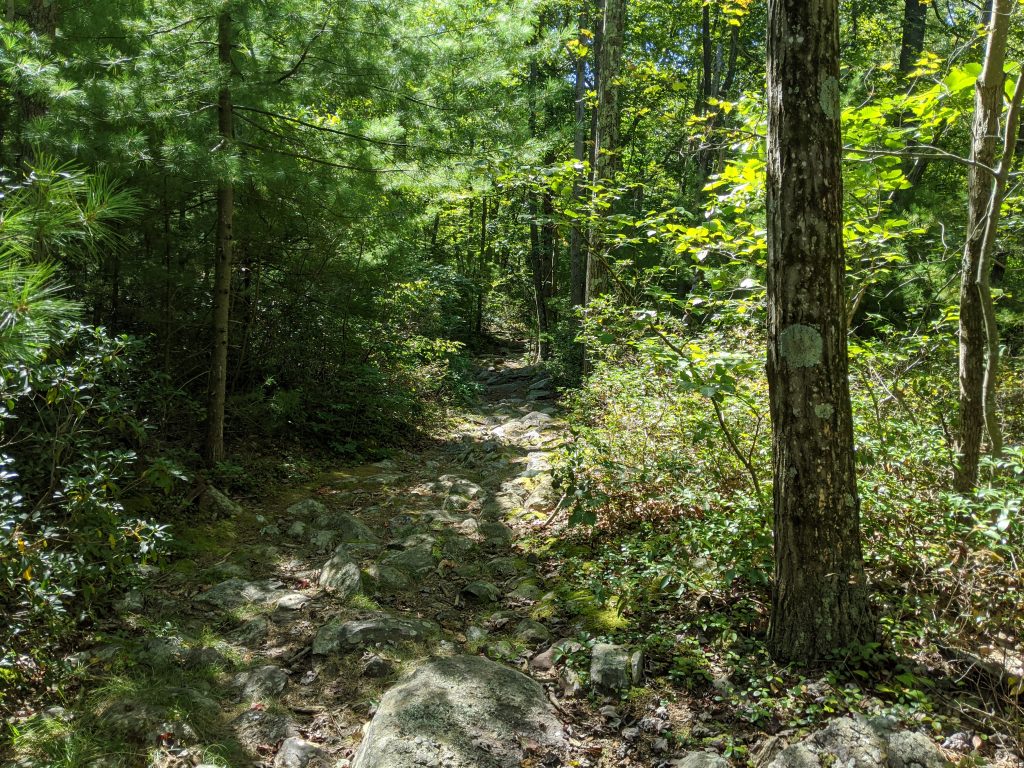 Many of the rocks were covered with Smooth Rock Tripe.  It was all over the place. 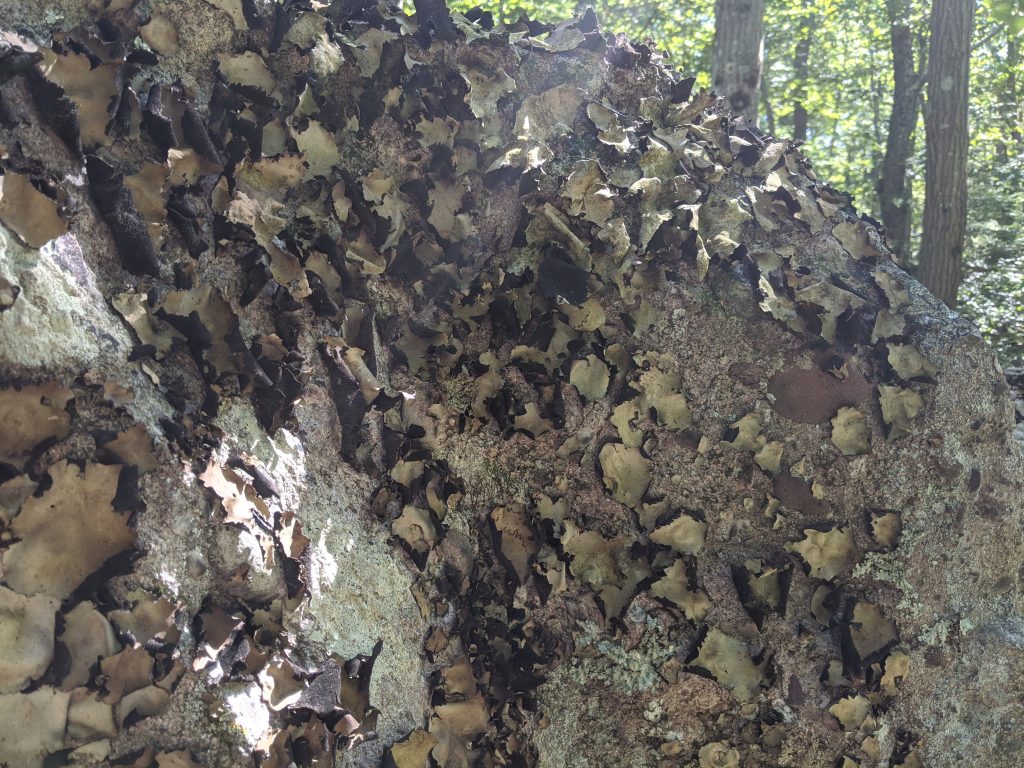 There were a couple of water crossings, mostly dried up, a few with trickling water.  This would probably be much more interesting in the Spring after the rains. 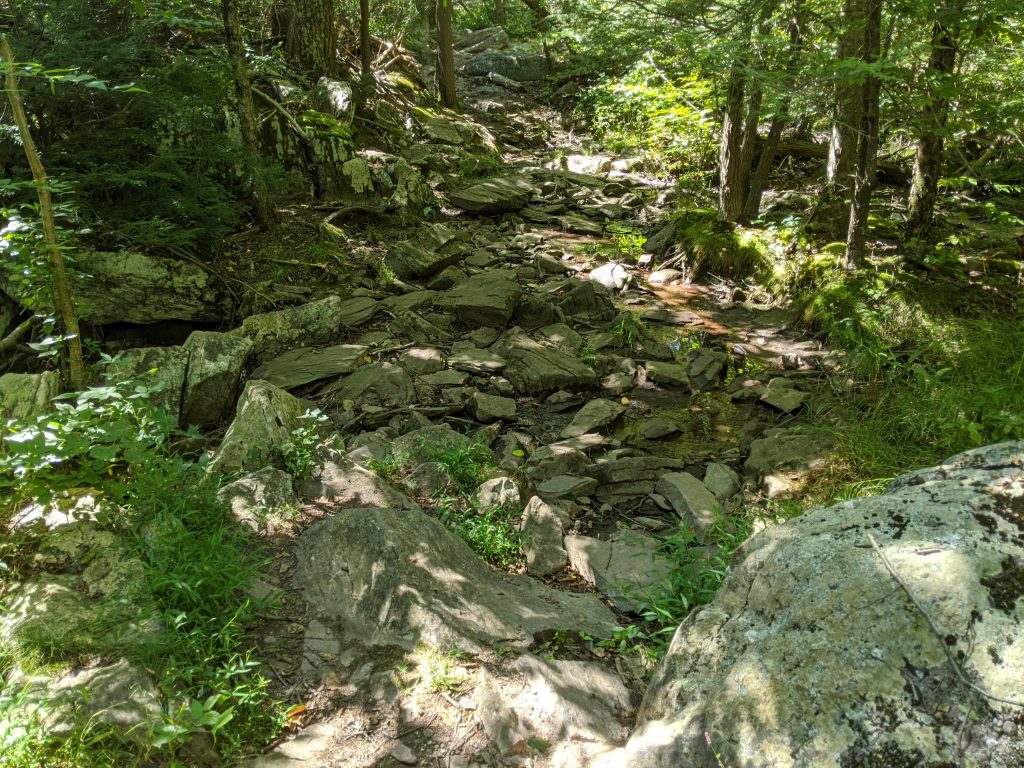 Finally, it was back to where the connector trail led to the parking lot. 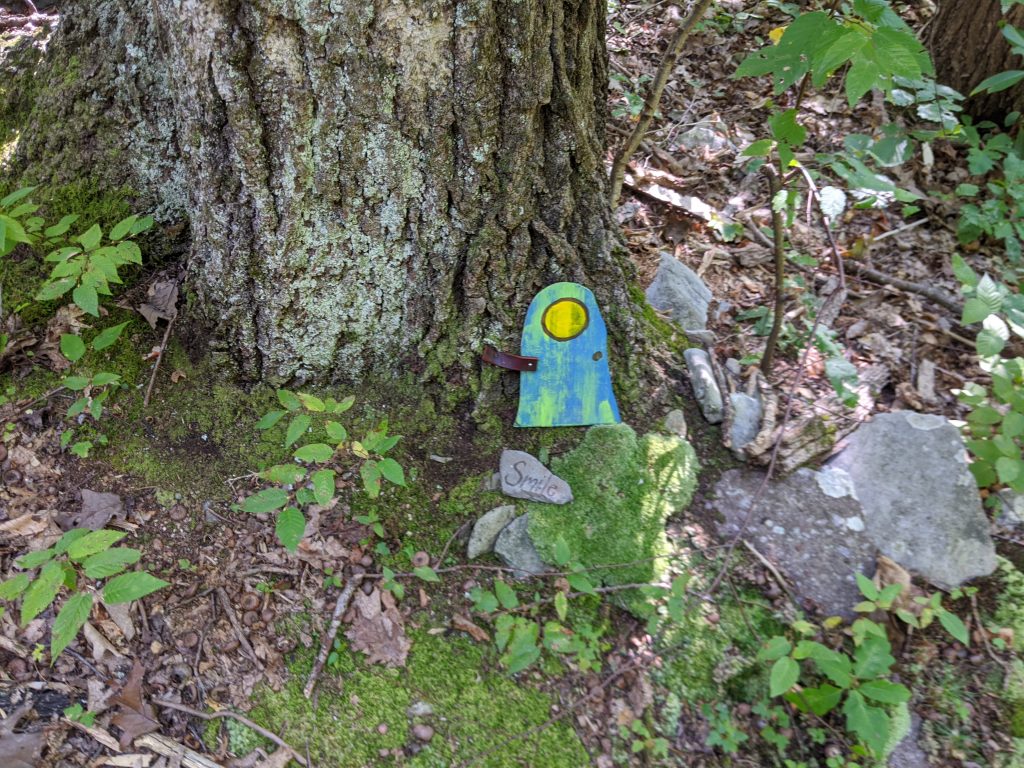 This was an awesome hike; it didn’t hurt that I had absolutely phenomenal weather.  I highly recommend this; though if you are going to do the Ernest Walter trail be prepared for some big scrambles.  It seemed that every facet of the this trail was awesome, there were no dull parts.  And for the most part, it is one big view. 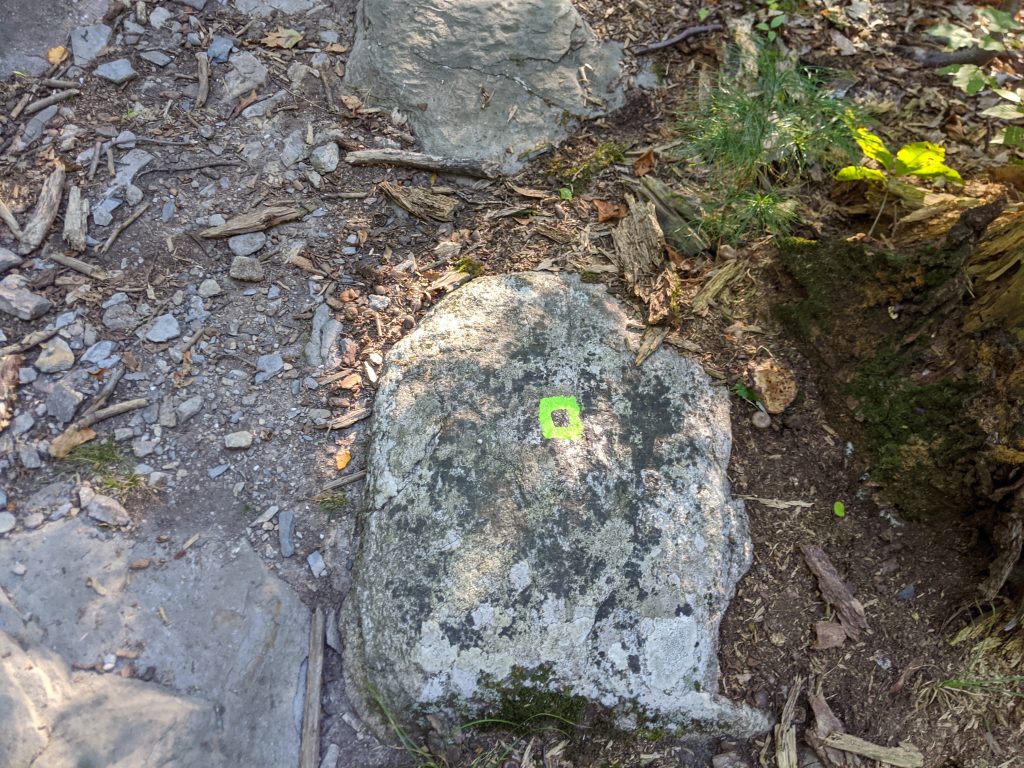 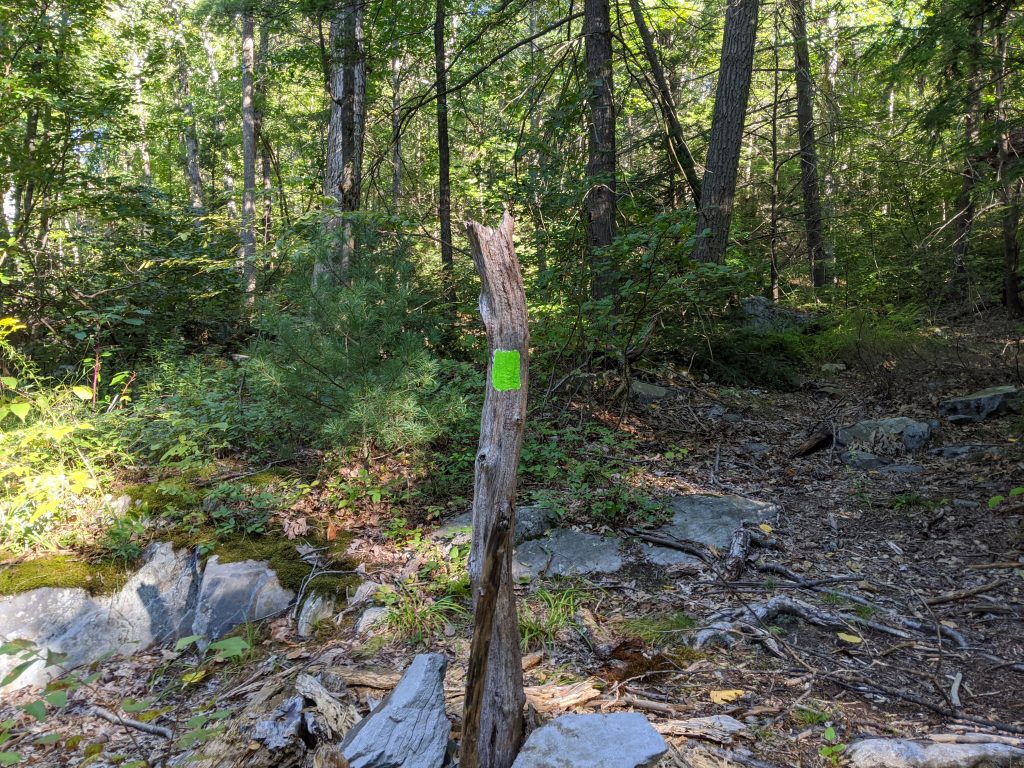 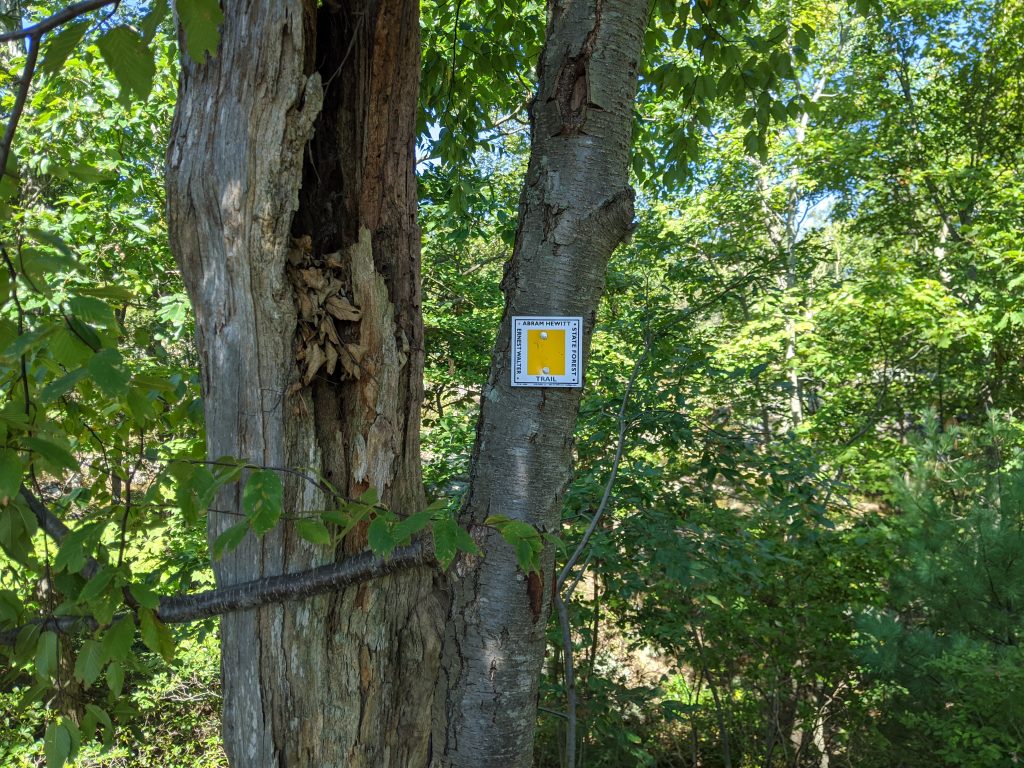 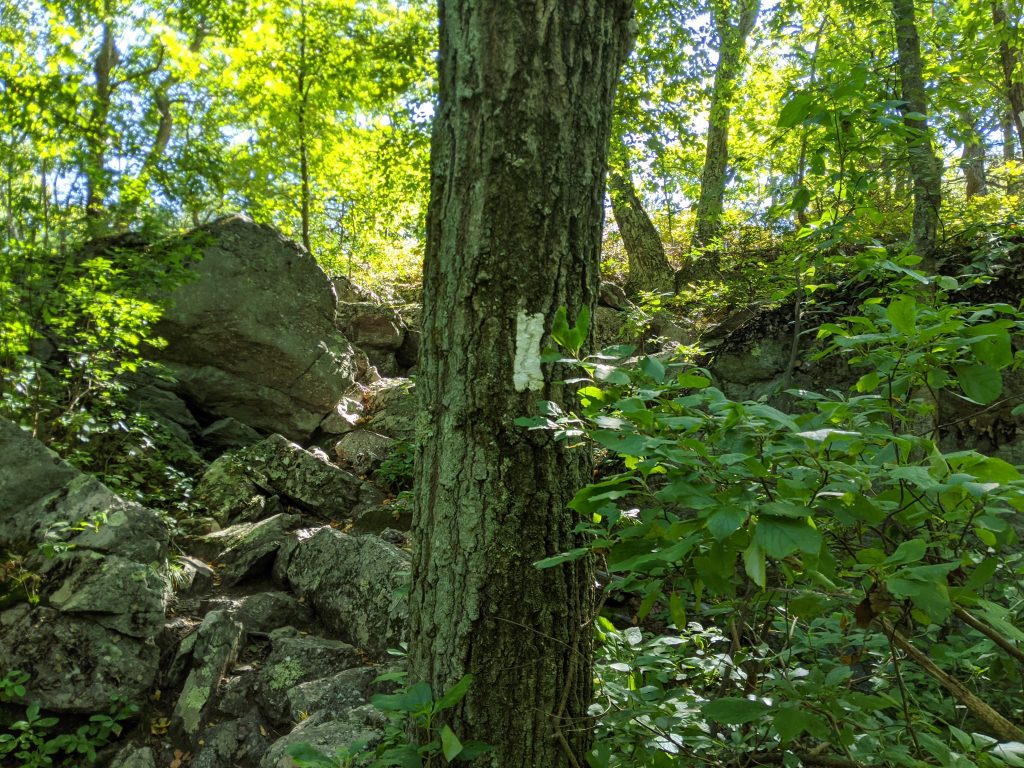 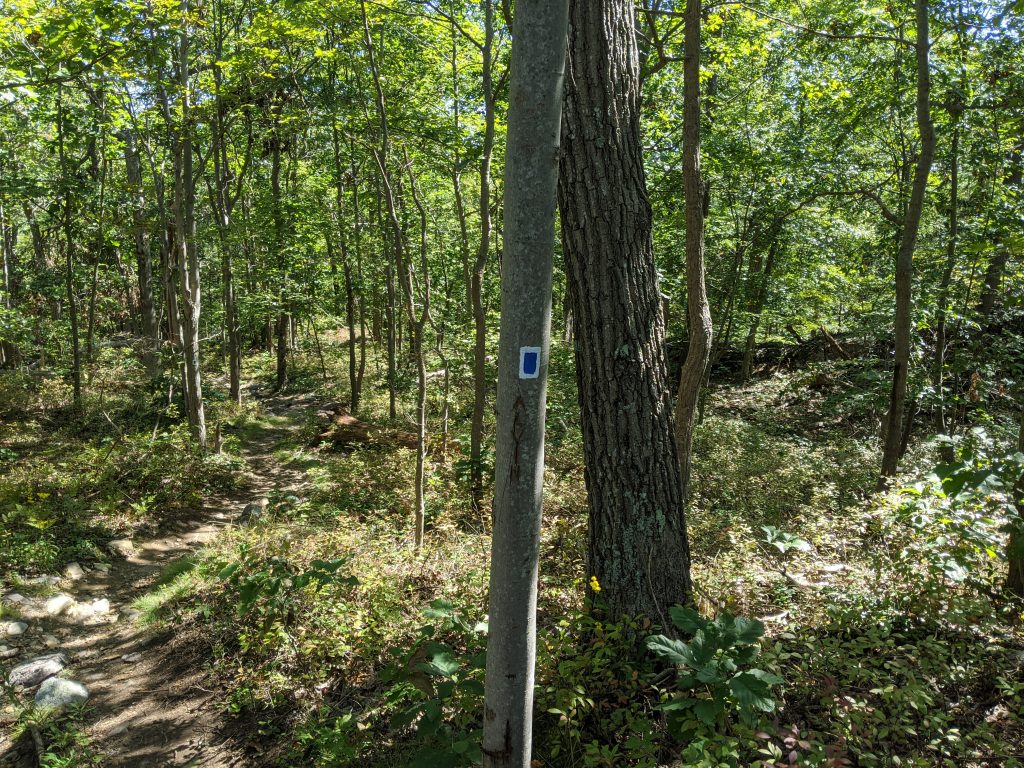 Hiked:  11/24/2022 – At the junction of the Bearfort Ridge and Ernest Walter trail, went east up to Surprise Lake (which was iced over!)  I had not hiked this section before, and since it was Thanksgiving, I was trying to make miles.  This is a nice section with a down scramble, and a walk through the swamp below Surprise Lake.  I saw three other people the entire time.  Weather was below freezing to start, but warmed up to the low 40s at the end.  Trailwork has been completed and Bearfort Ridge is blazed green (though I did find some white blazes that were missed when the trail was re-blazed.)