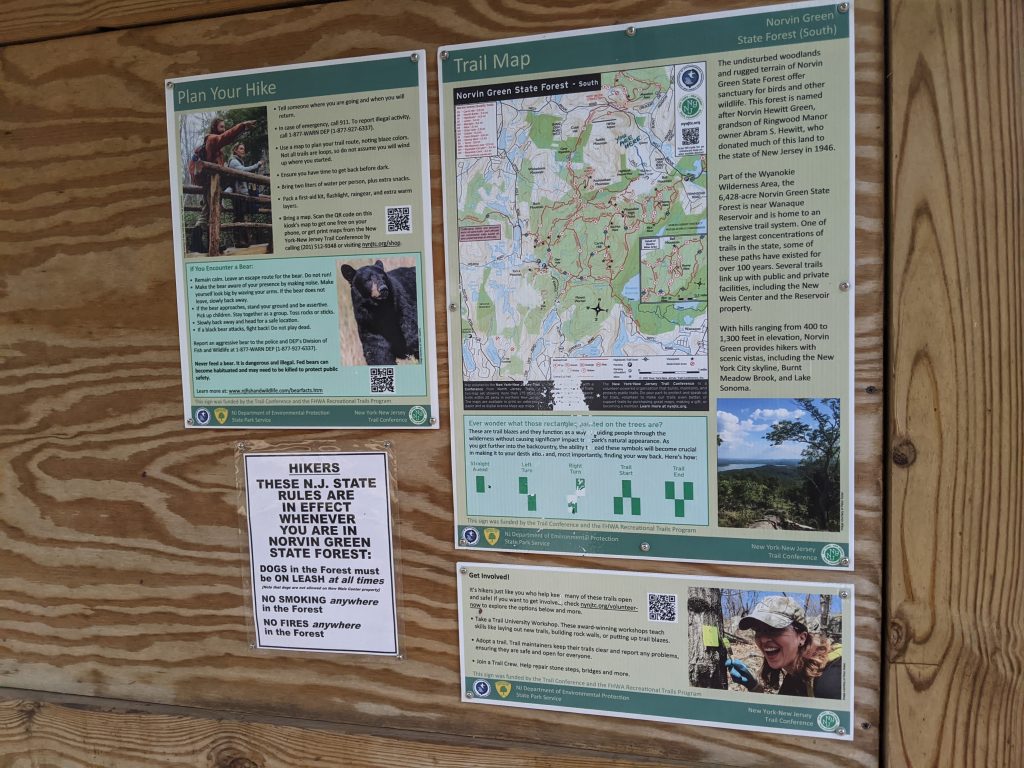 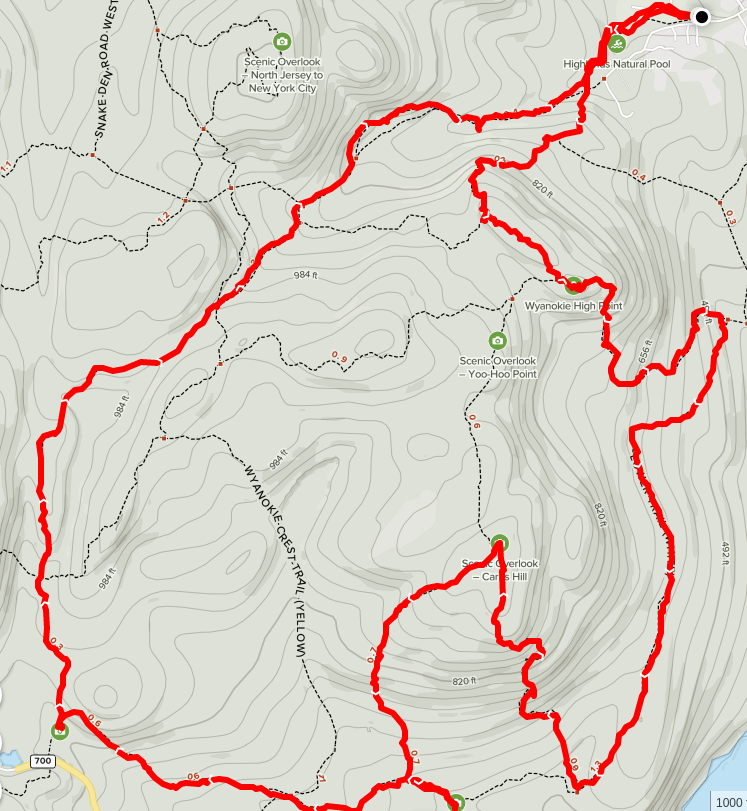 I ended up with free time today, unexpectedly, so it was off to Norvin Green State Forest; a place I’ve wanted to hike.  Originally, I planned to do about seven miles; but called an audible and climbed Carris Hill.  Starting out today, I drove through fog and drizzle, and expected rain later in the day.  Fortunately, the rain held off, and the sun came out after lunch.  The pictures of the views would have been much better had I gotten to them in the afternoon.

Trails are, for the most part, soft dirt; but it’s New Jersey, and you can’t forget two scoops of rocks.

It was off on the Otter Hole trail. 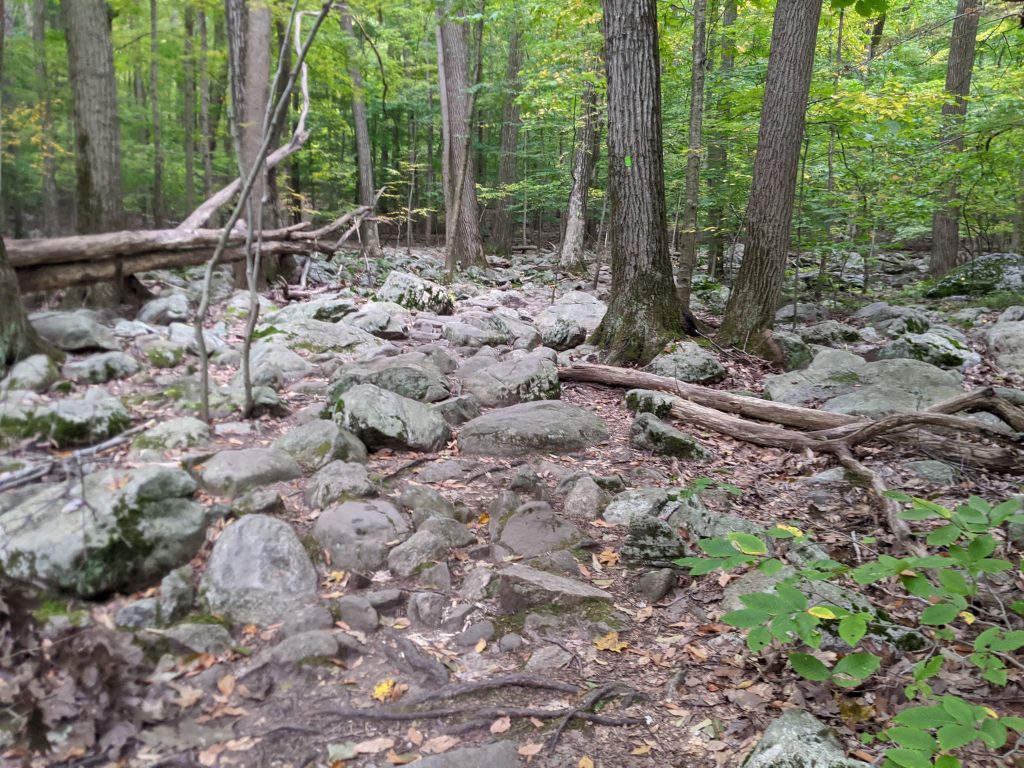 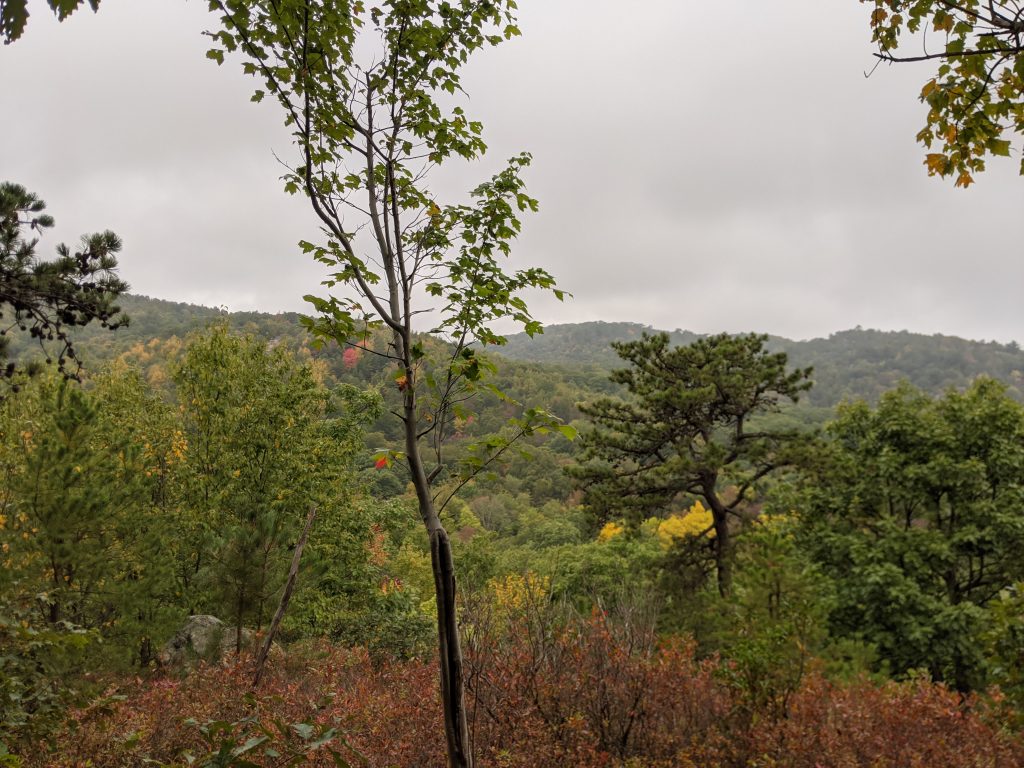 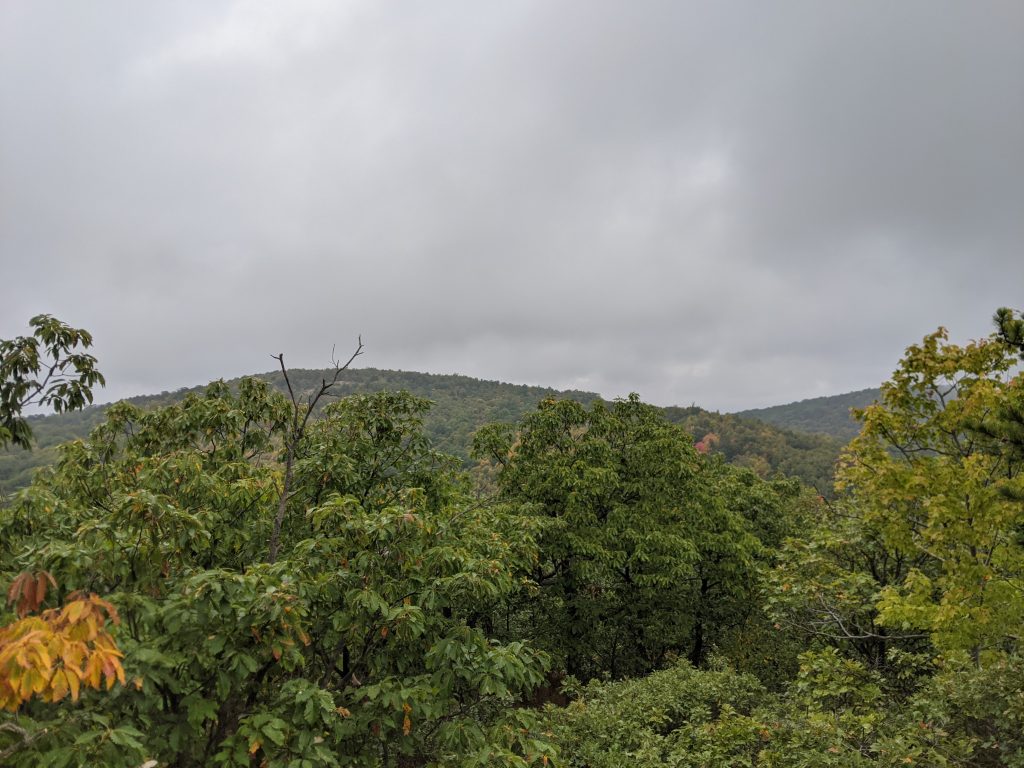 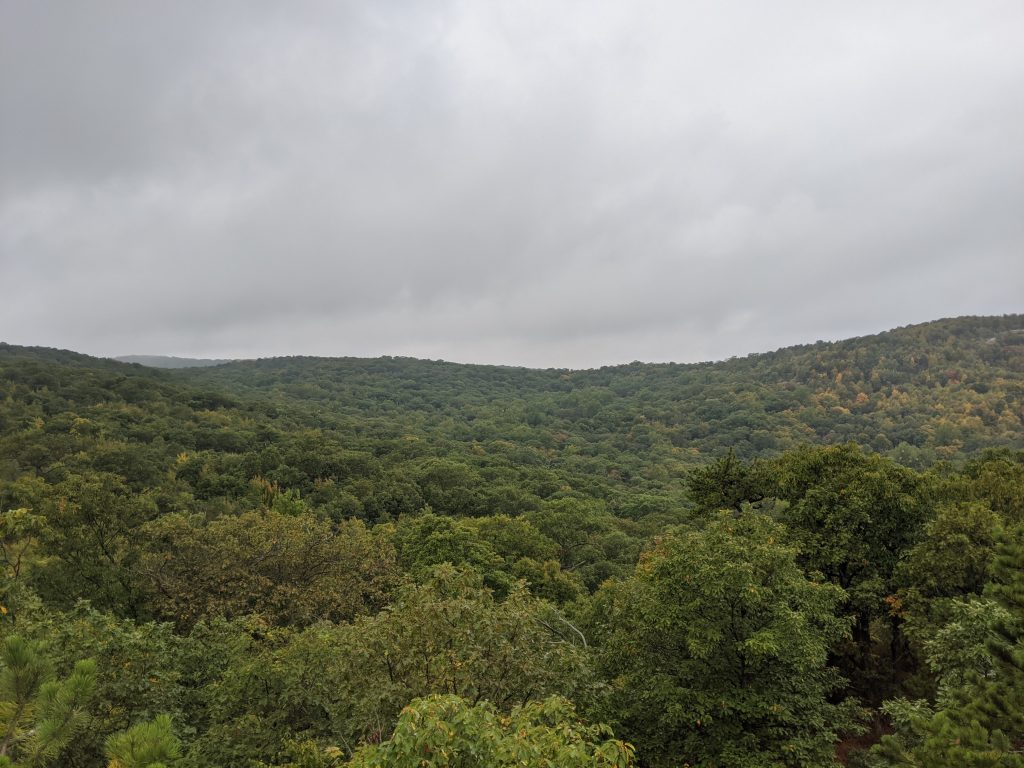 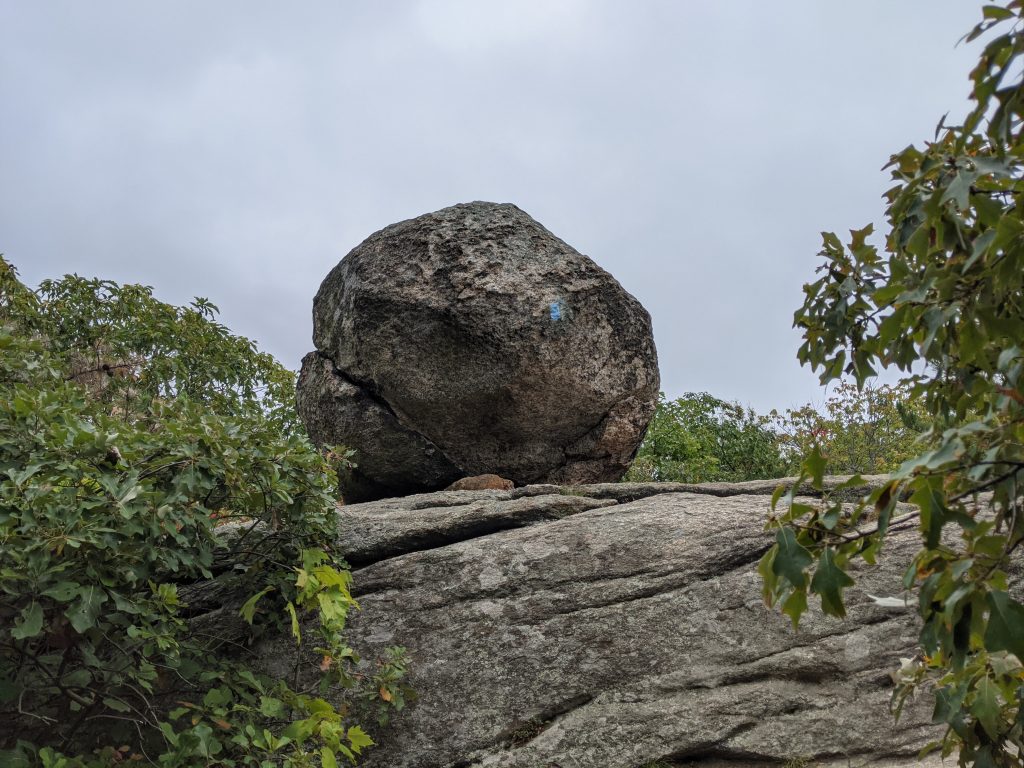 There were a couple of nice scrambles all throughout the forest.  This one was just before the High Point. 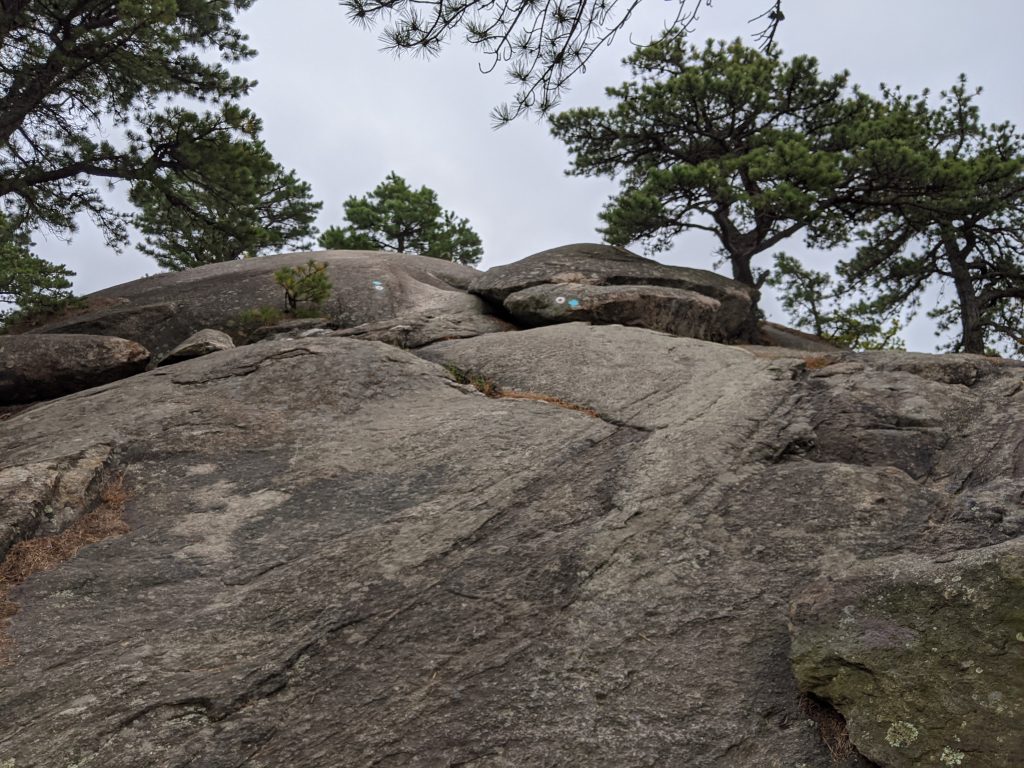 I didn’t stay at the High Point long as there were a lot of people up there.  But the views were fantastic – and would have been better when the sun came out after noon. 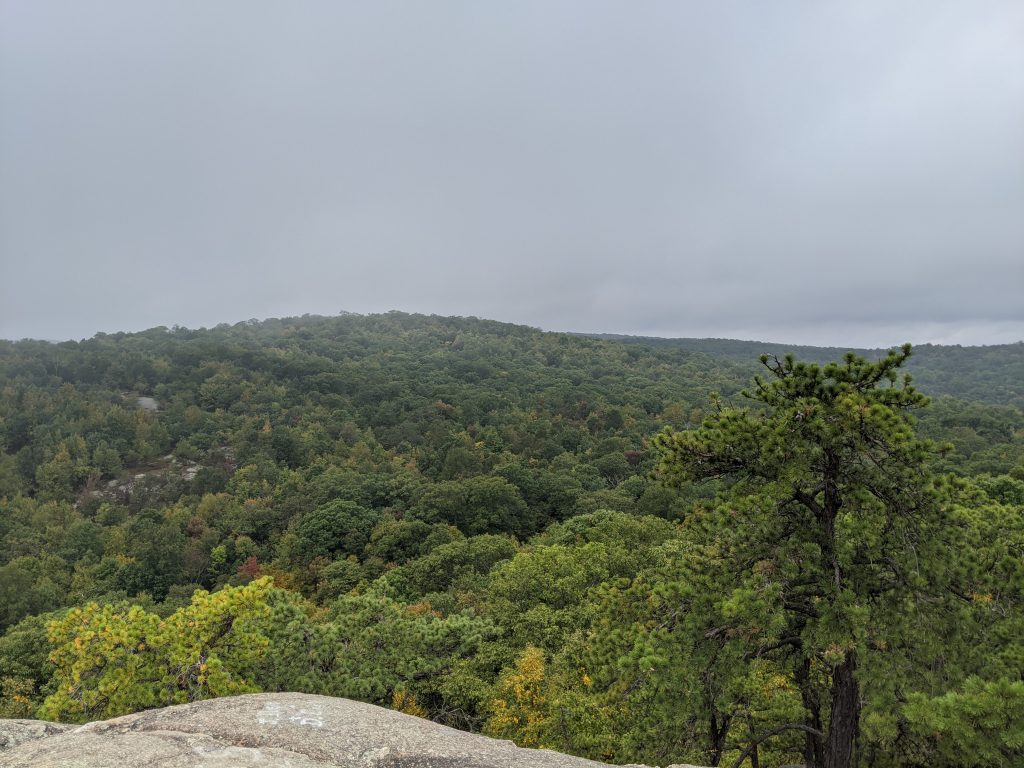 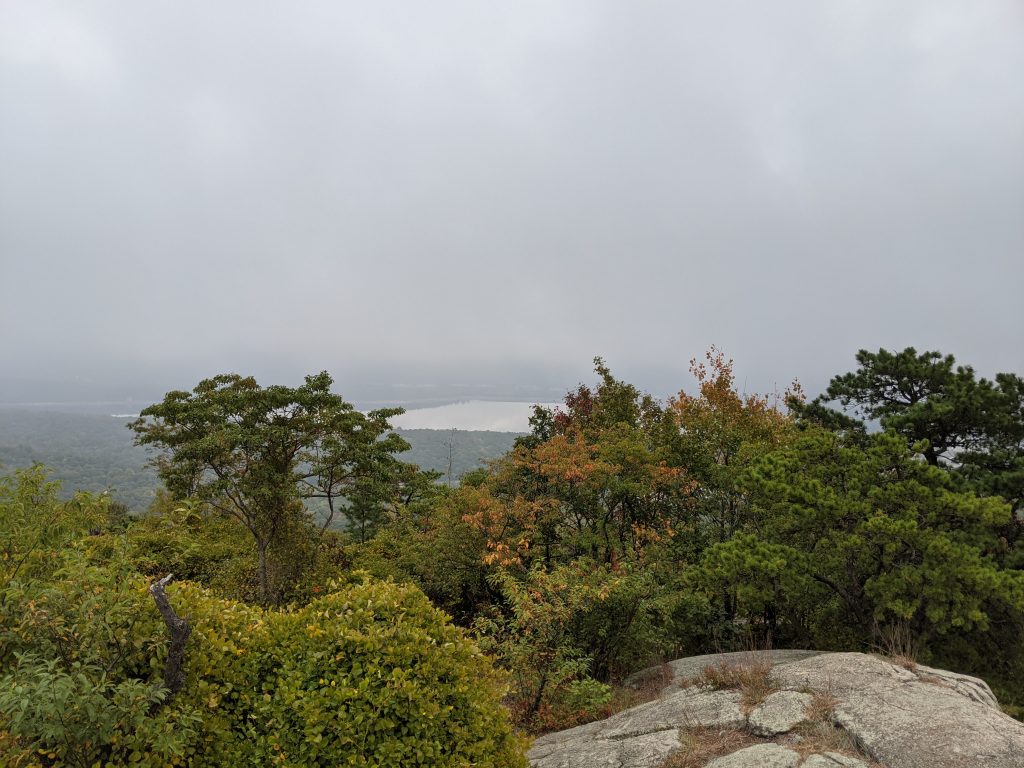 Leaving Wyanokie High Point sent me deeper into the forest and for the most part, away from people.  I took the Lower trail, with the intention of finding Chikahoki Falls. 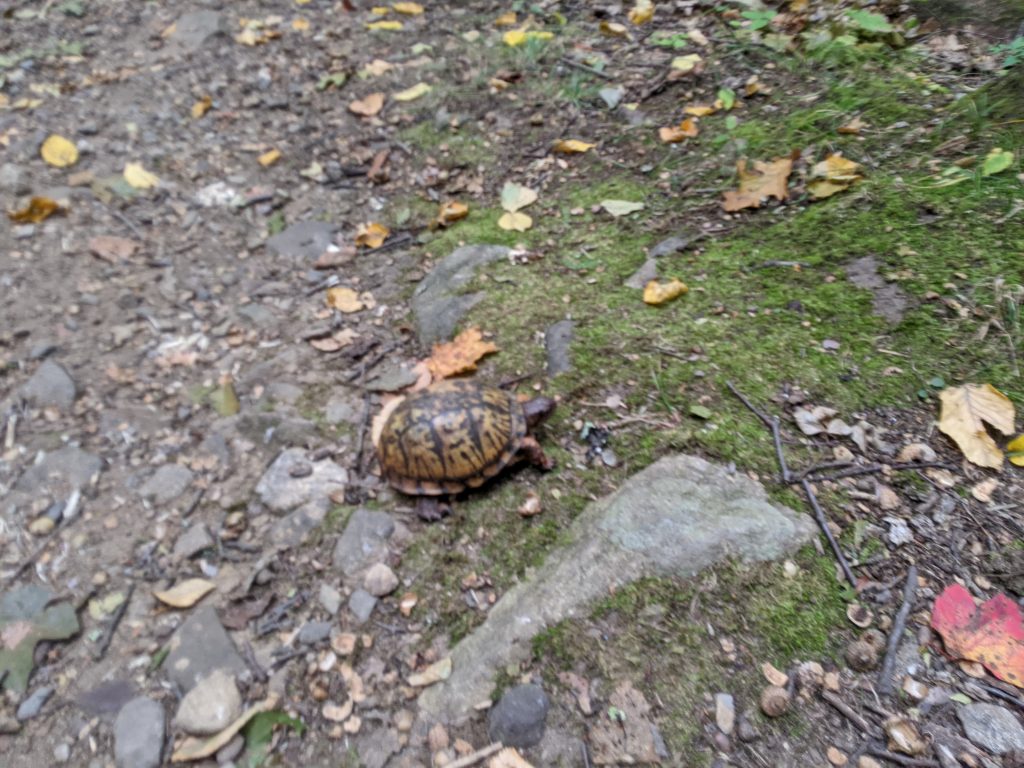 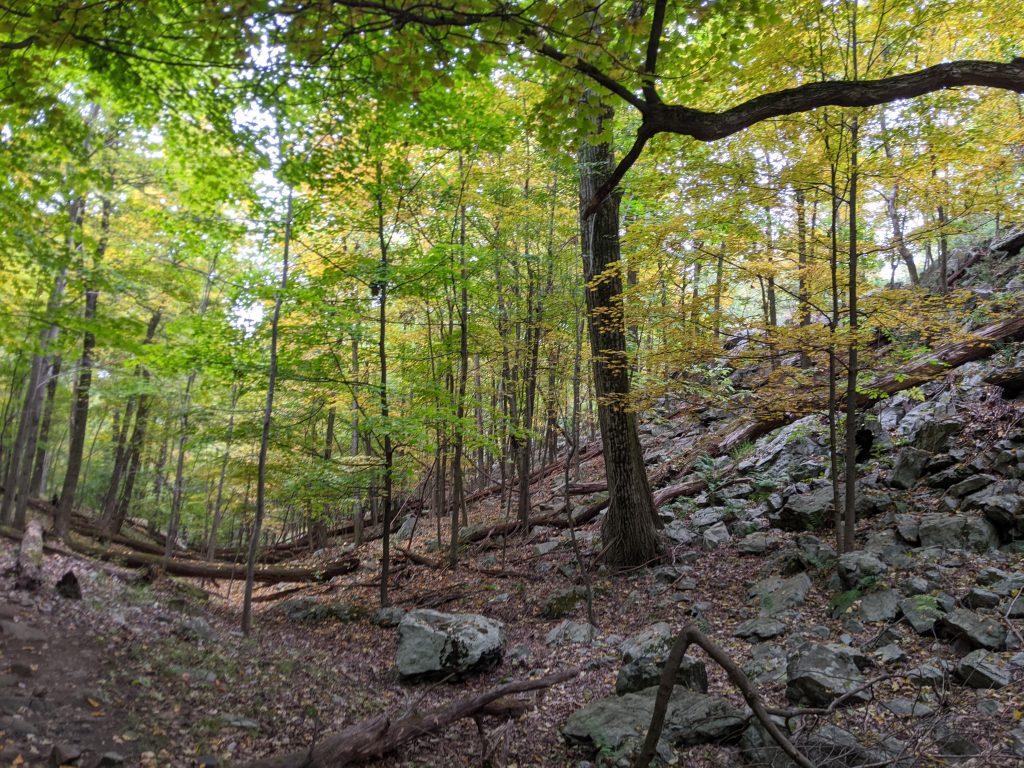 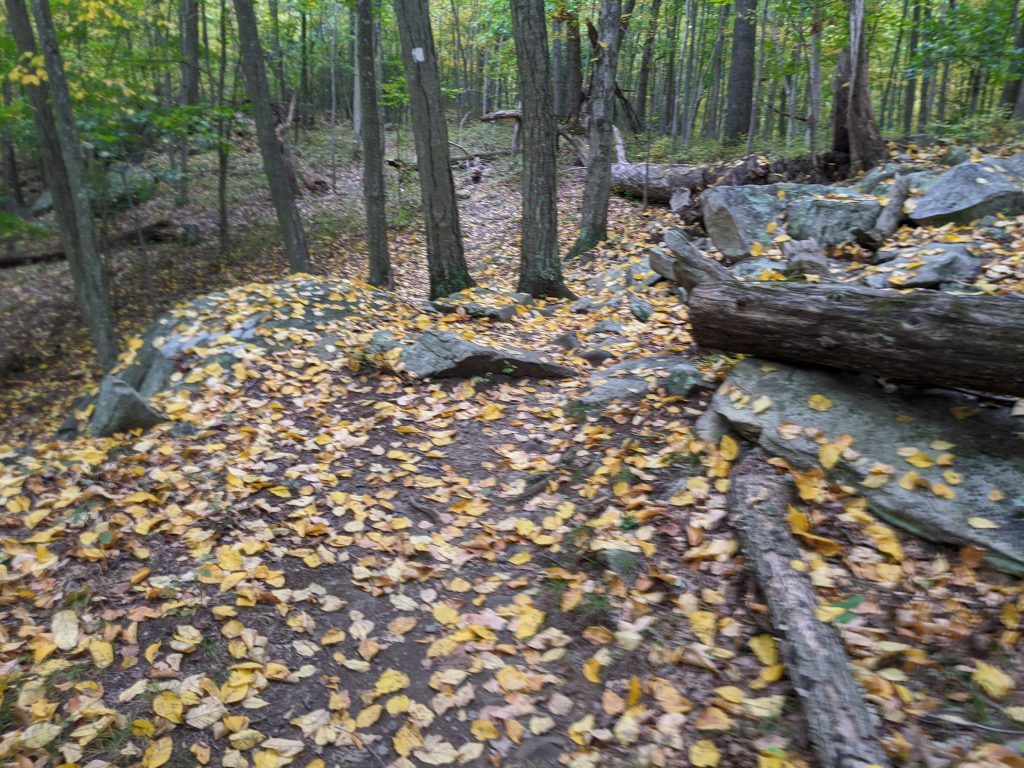 When I junctioned with the Carris Hill trail I sat for a moment to think.  It was here that I changed my plans and decided to climb Carris Hill.  I really wasn’t sure when I would come back, it was early, and I figured I could have lunch at the top.

There were lots of good views from this trail. 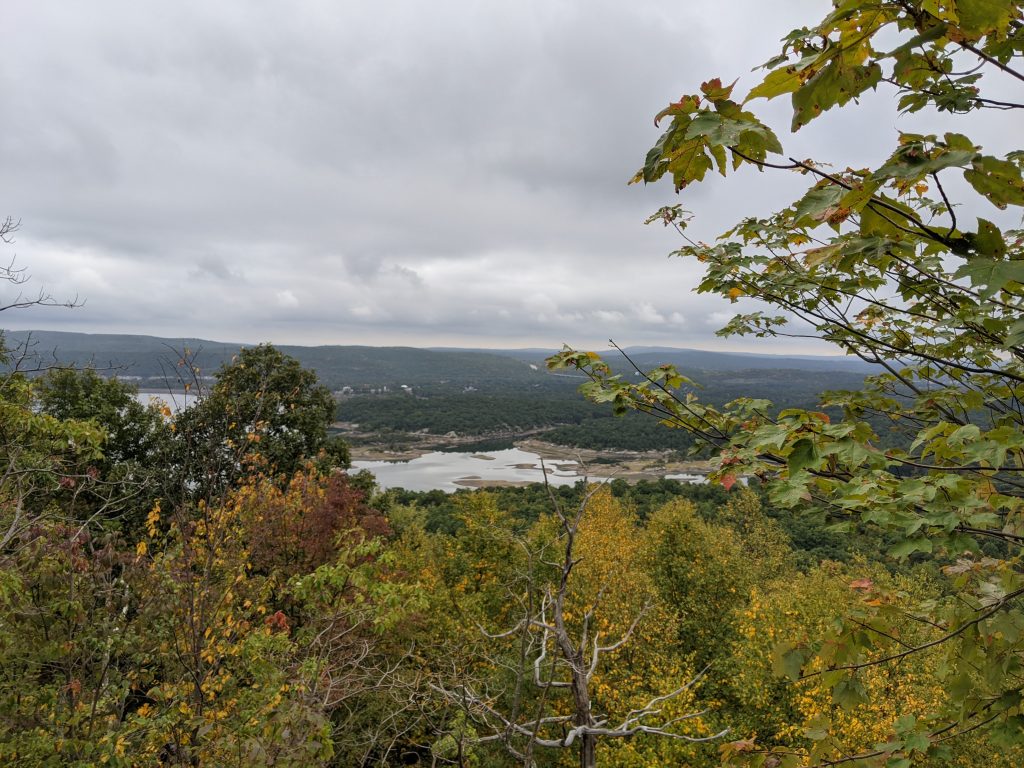 And lots of other scenery. 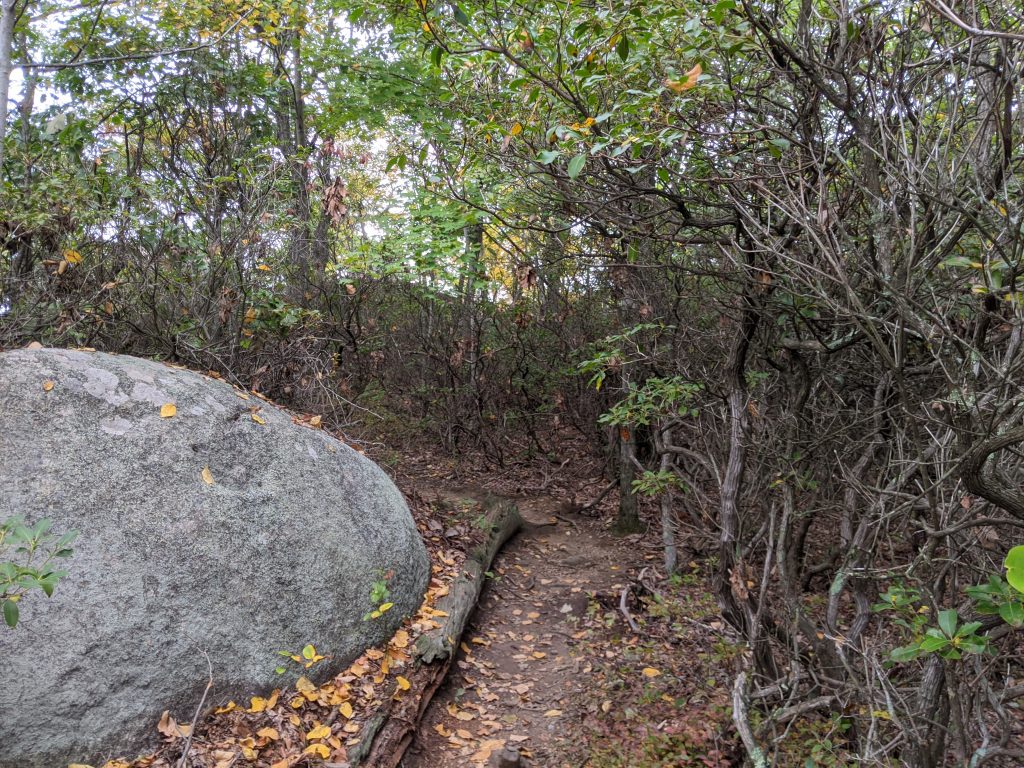 I thought the Carris Hill trail the most difficult trail in the forest.  At the top it was time for lunch, though it wasn’t quite noon.  After eating, I looked up, and noticed these guys waiting for me to keel over. 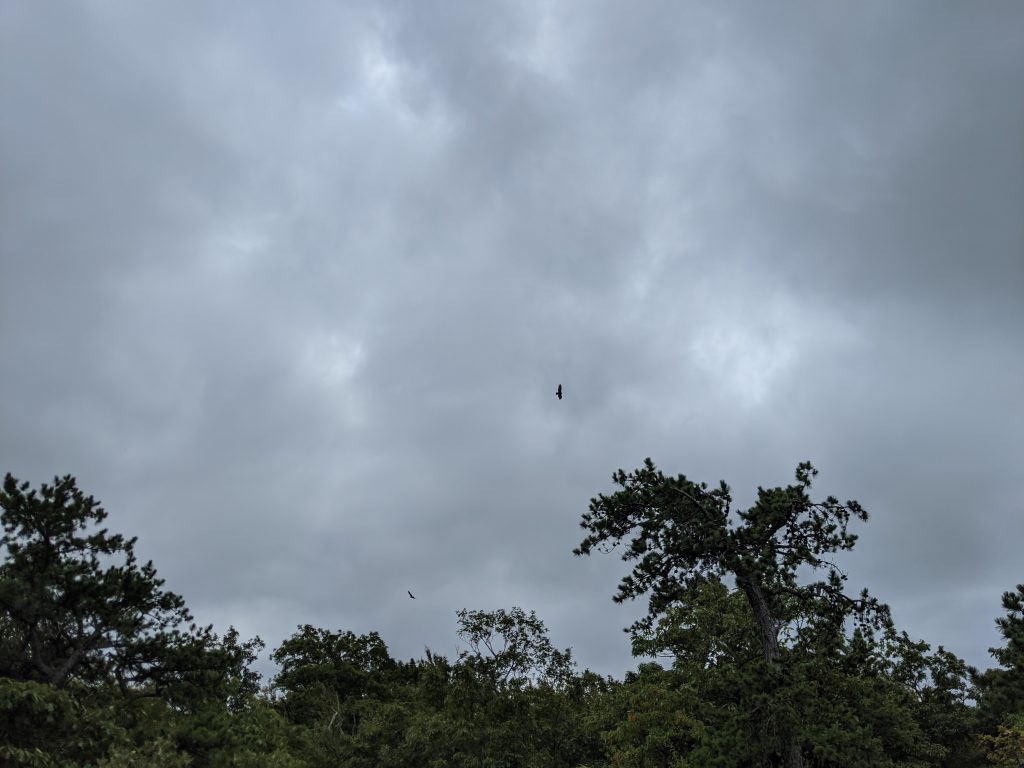 I came down the Hewitt Butler / Highlands trail finding these Honey mushrooms along the way. 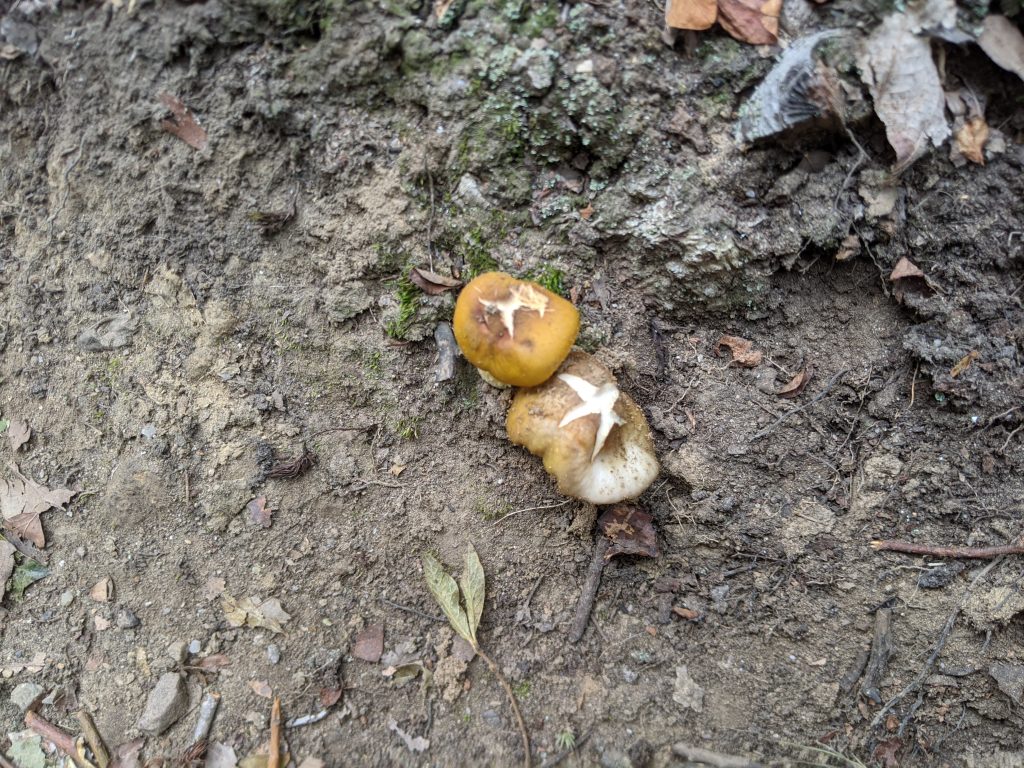 When the trail junctioned with the Lower trail I backtracked to the Chikahoki Falls, which didn’t have a lot of water going over it.  In fact, I stood in a dry section, where you could tell the water would normally be, probably in the Spring after the rains. 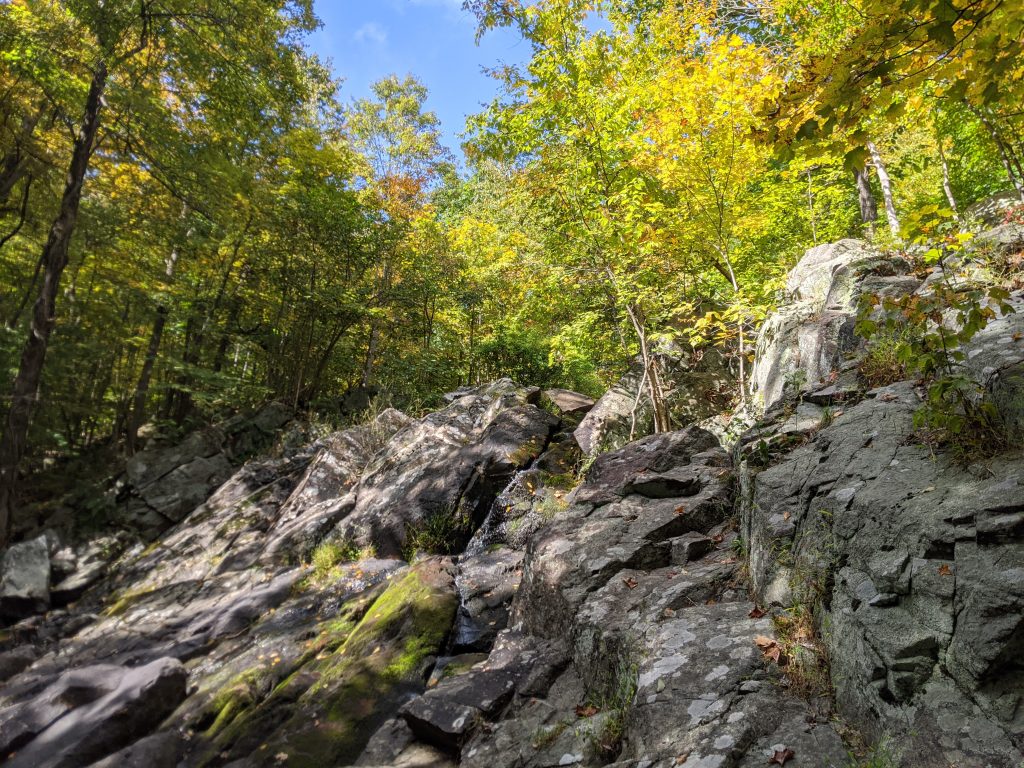 I walked back to the Hewitt Butler / Highlands trail and took that all the way to the Otter Hole trail.

With a desiccated puffball next to it. 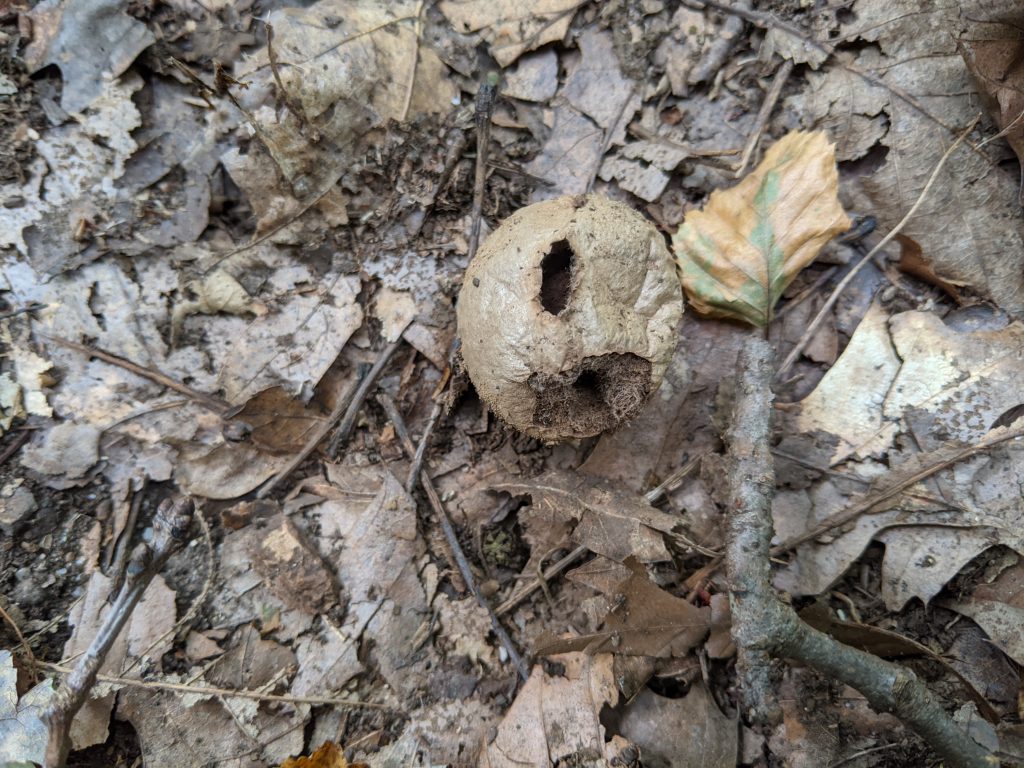 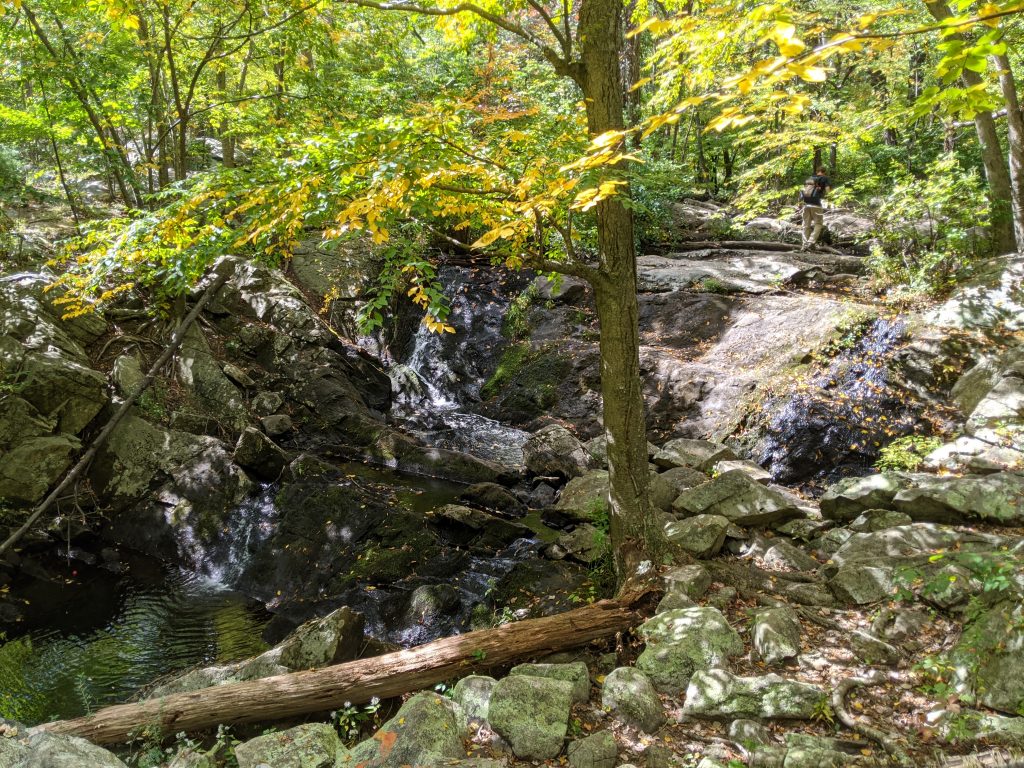 Then, it was 2.3 miles on the Otter Hole trail back to the car.

The Otter Hole trail is mostly a woods road, and alternates between nice flat, soft trails, and punishing rocks. 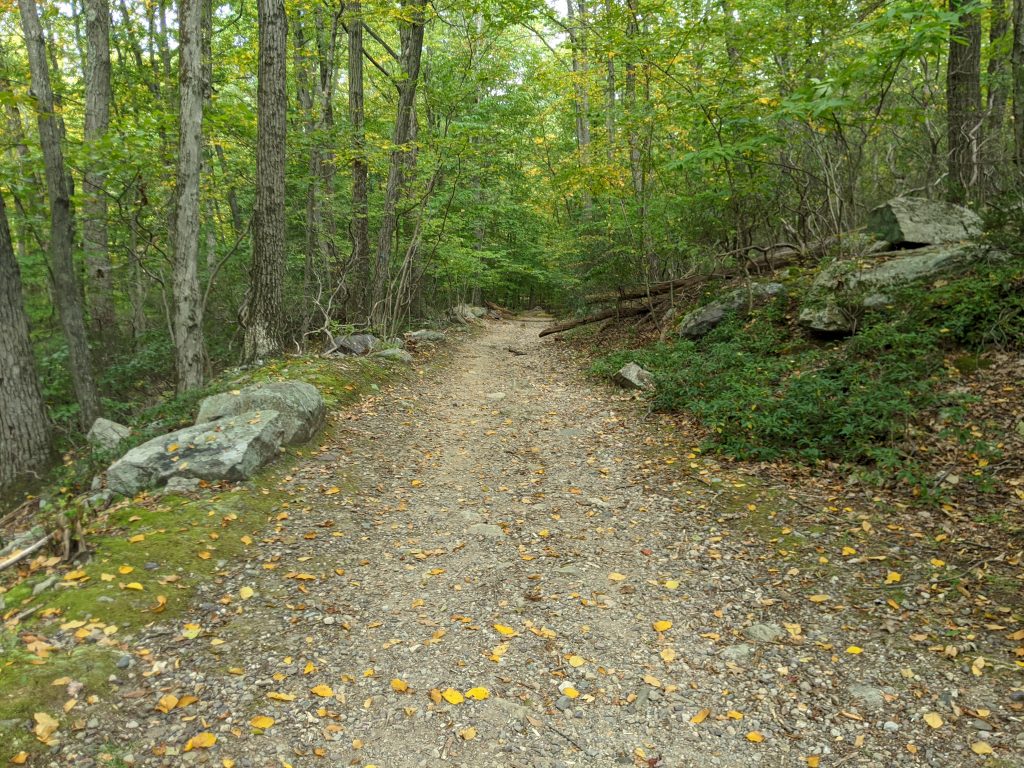 I really liked the forest and will come back to do some of the northern trails, and maybe Stonetown Circular one day.  You’ll find most people around Wyanokie High Point, and with good reason – the views are great.  But, you can hike in solitude on many of the other trails. 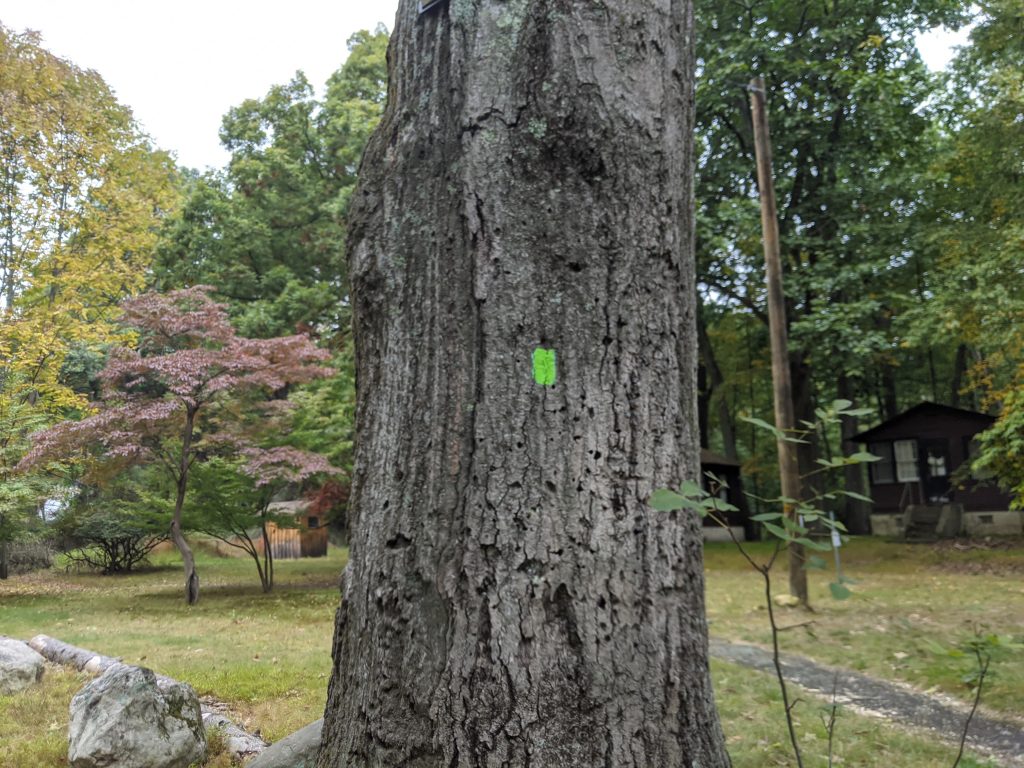 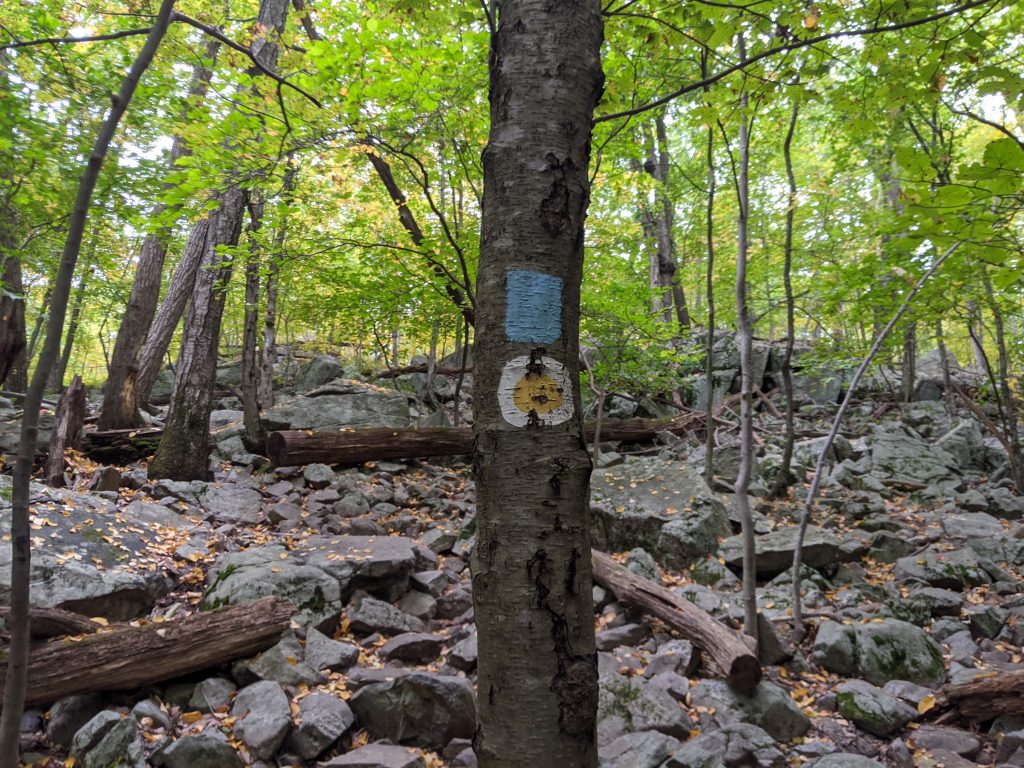 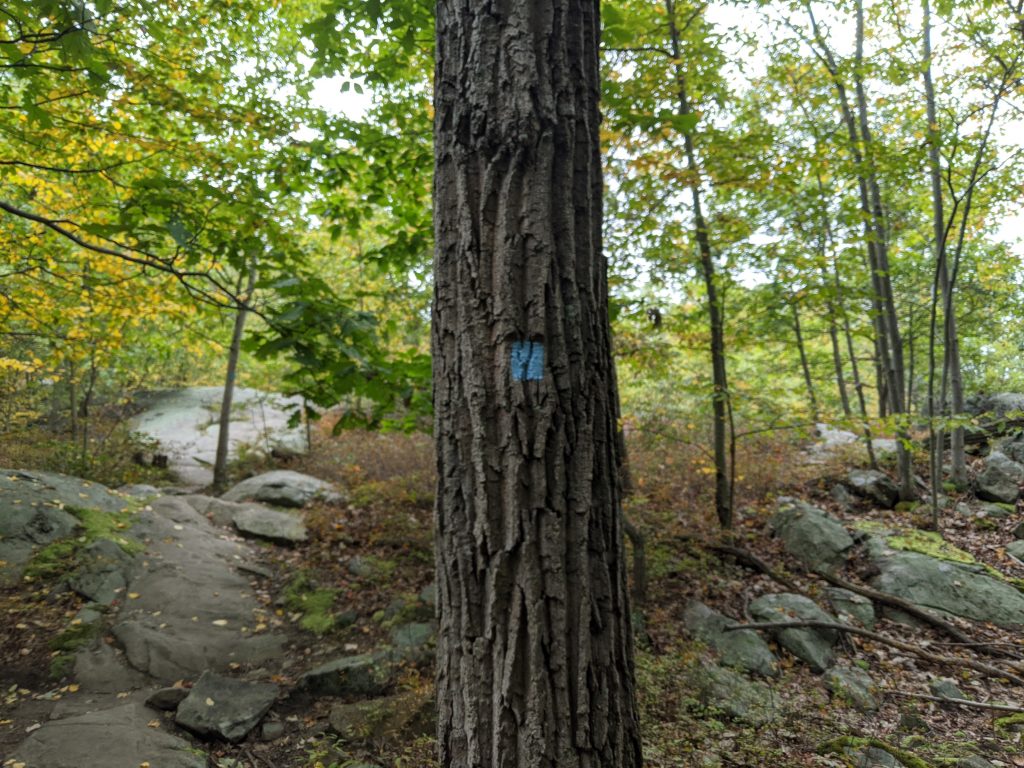 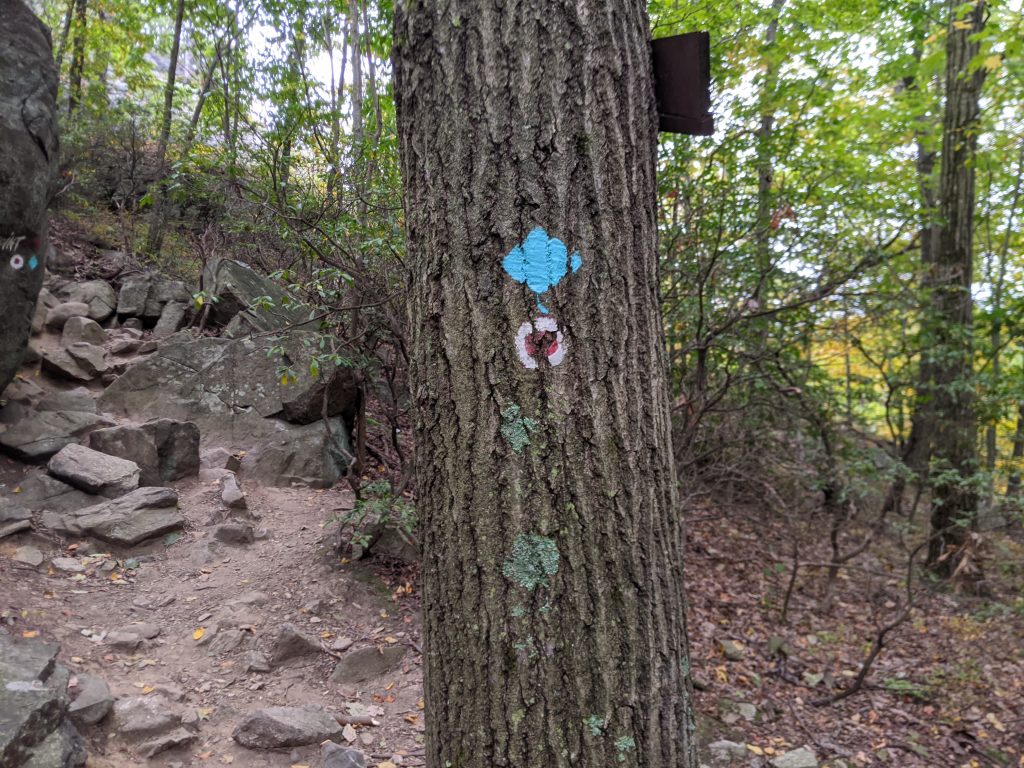 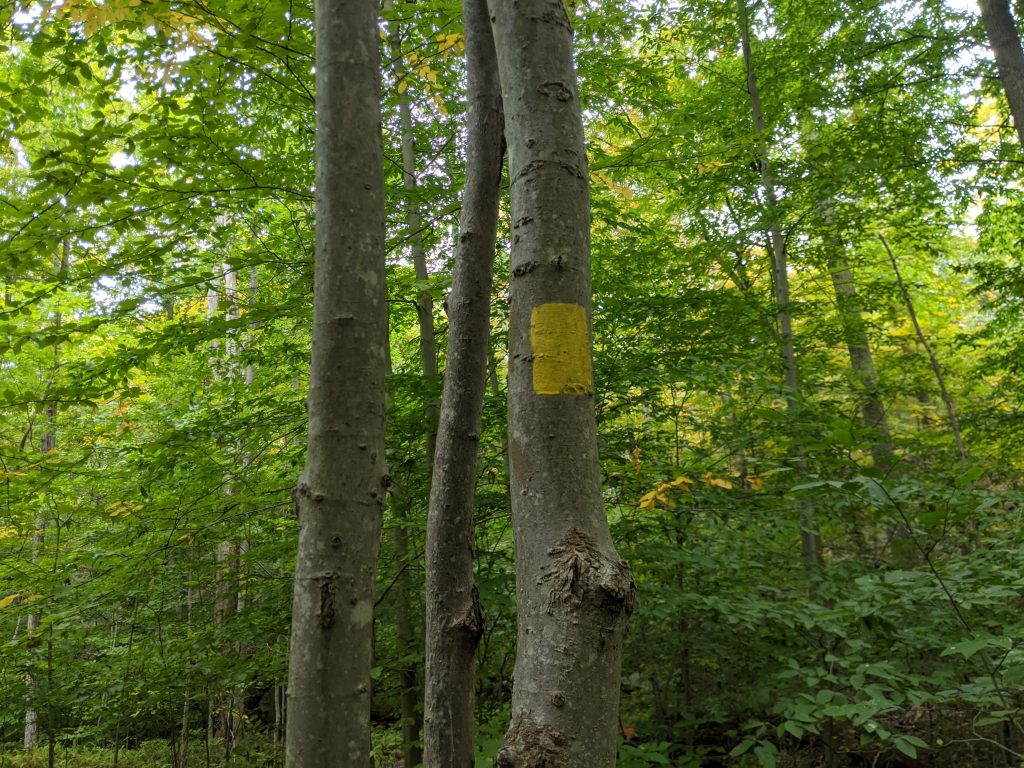