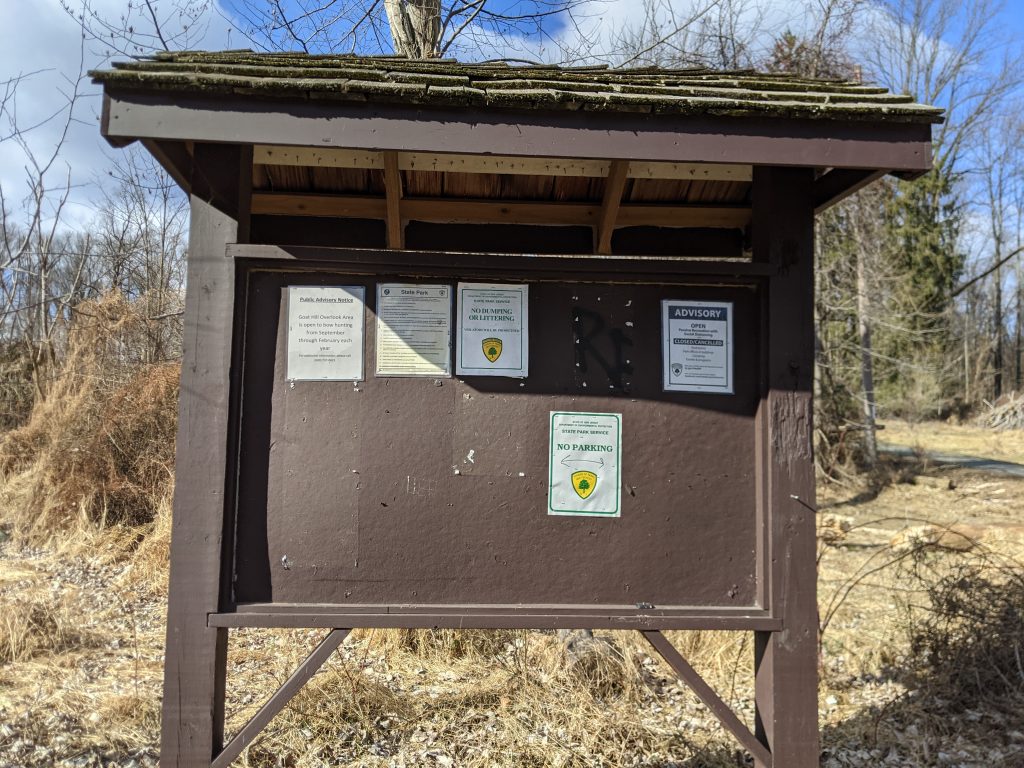 Park Site – a short note here.  There were state park signs throughout the preserve, and I’ve read that the park is part of Washington Crossing State Park.  However, these trails are not on the Washington State Park map. 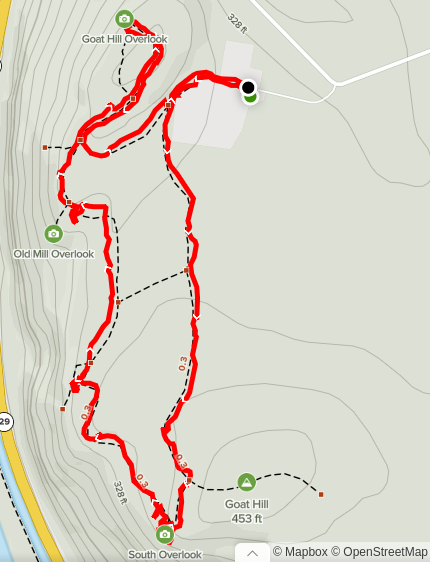 I’m going to preface this by saying I got the creepiest vibes while hiking here.  I hiked these trails right after hiking in Washington Crossing State Park, as I knew this would be a relatively short hike.  From the parking lot, you can take the main trail straight to the overlook.  However, I wanted some miles so made an immediate left on the yellow trail. 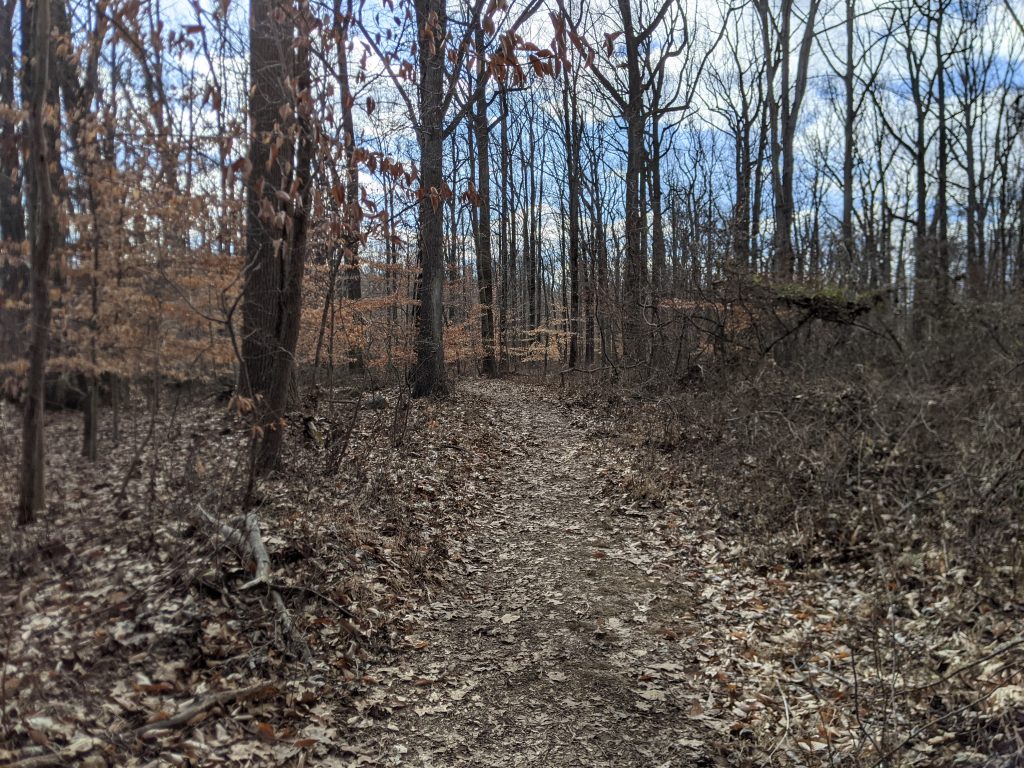 And right off the bat, there was fungus.

The Yellow Trail winds its way to the White Trail, which you take to get back to Goat Hill Overlook.  Branching off the White trail every so often are short trails to rocks and overlooks.  These short spur trails are blazed red. 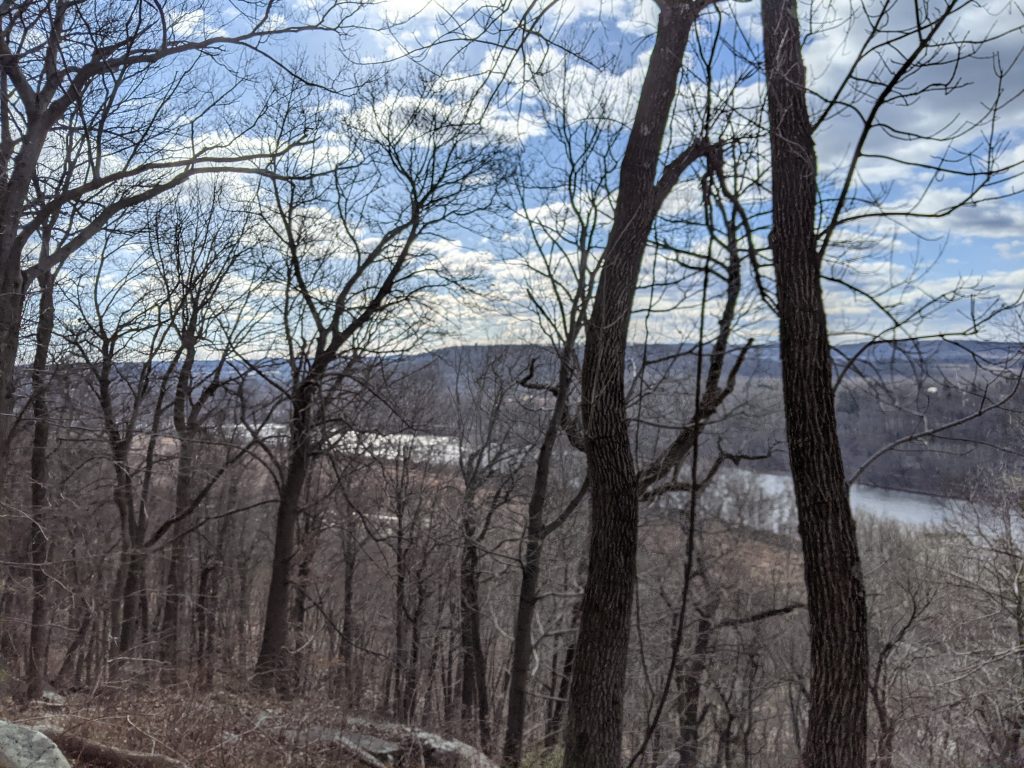 You can just barely make out Bowmans Tower in the middle of the picture.  It was much easier to see while there. 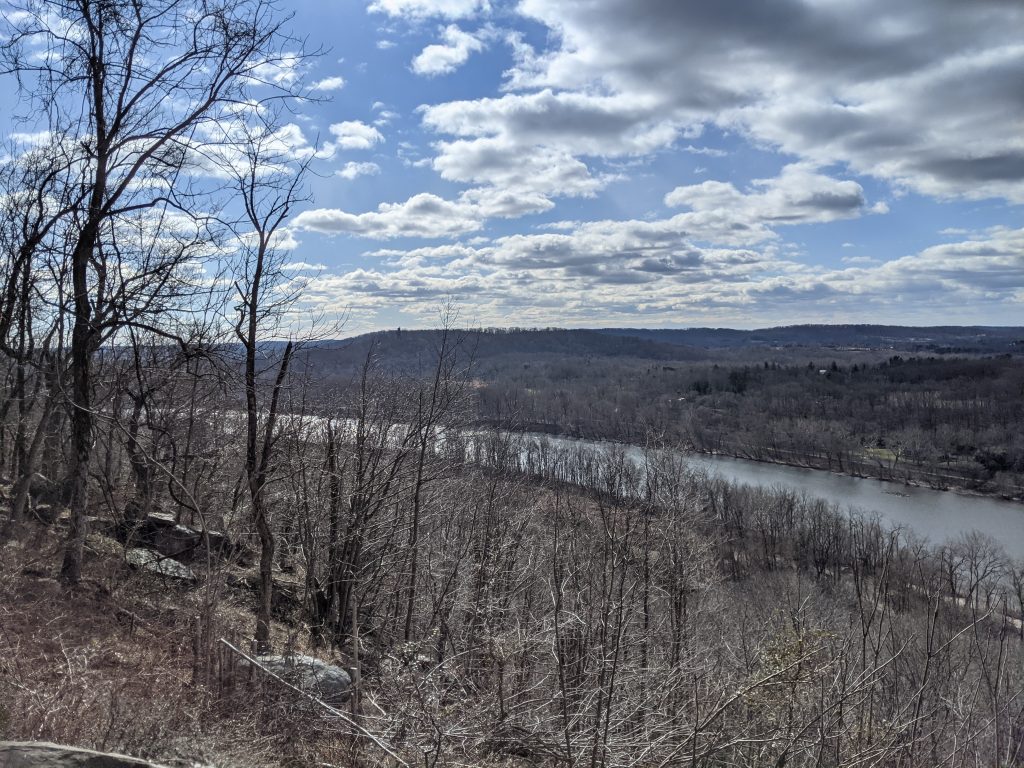 It was at this point I started getting weird vibes.  While walking down the White Trail I came across this abandoned camp site, right at the junction of one of the Red Trail spurs. 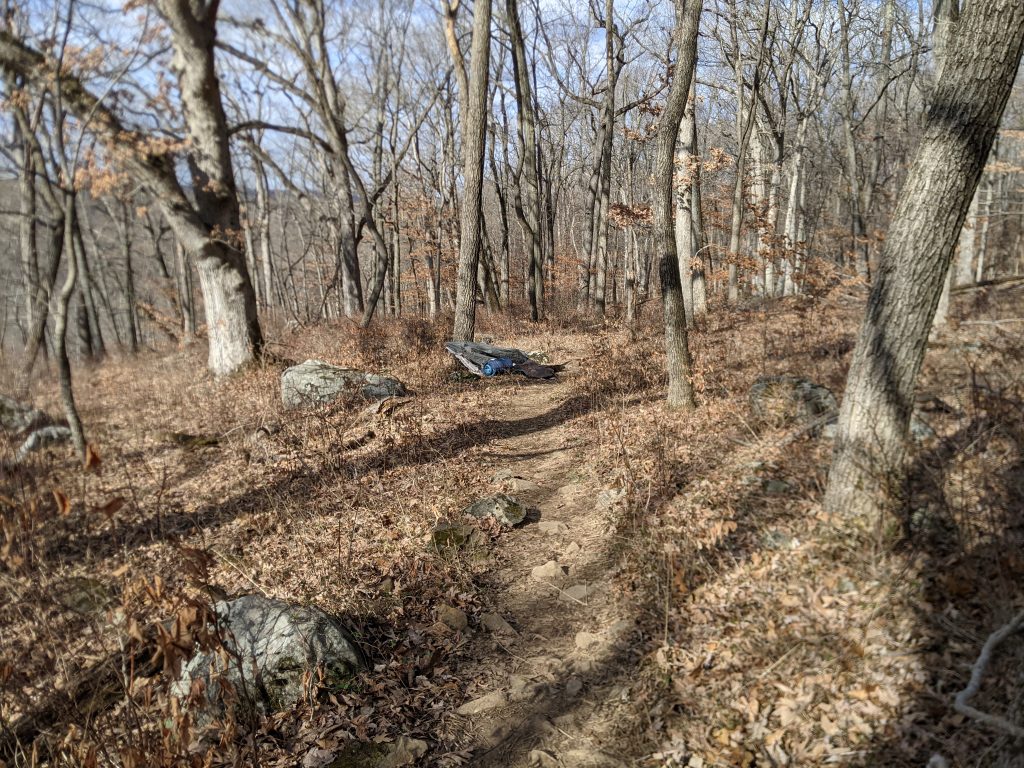 After visiting the rocks, I took a closer look at what was at the camp.  A sleeping bag was rolled up.  There is a demolished tent (a general two-person pup tent that you would get at a big box store) likely demolished by the wind.  Underneath the tent was a (vacant) mummy sleeping bag, an assortment of sardines and other canned food, and some wire (??)  There was a crate, with an empty beer can, an empty wine bottle, and one boot. 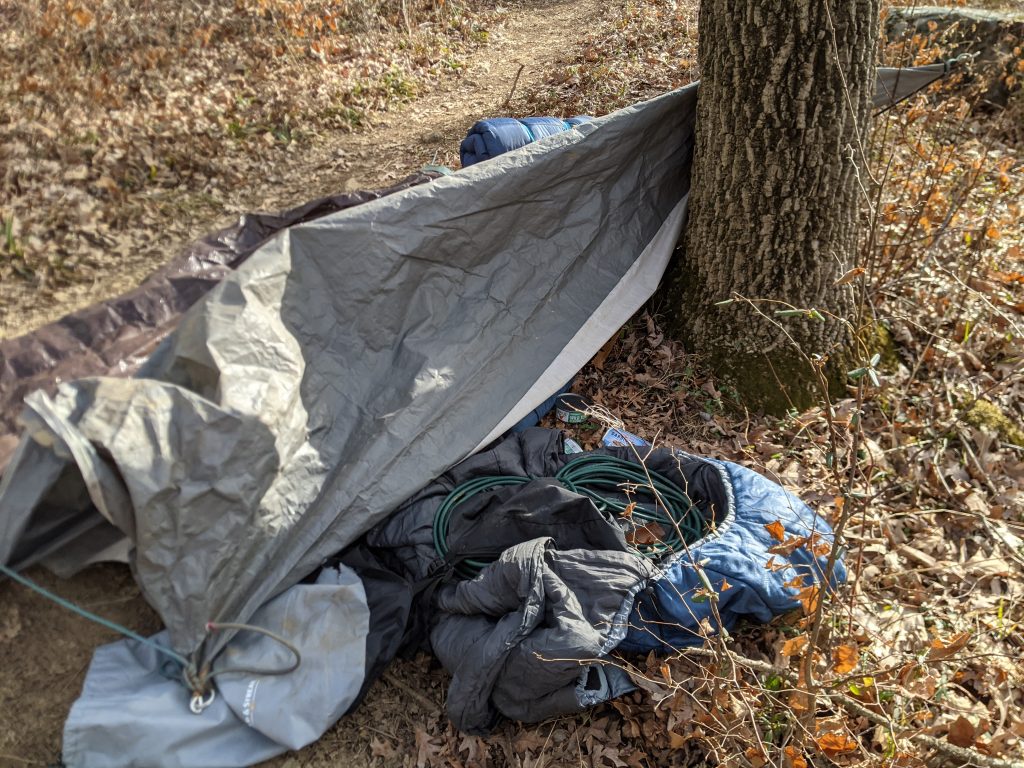 I didn’t disturb a thing, only making sure I didn’t come across a body.  The whole camp looks like it has been there a couple of days, and there was NO ONE around.  Admittedly, it was creepy.

When I didn’t see anyone, or the signs of anyone, I headed off.  I started down the next spur to see what view the overlook provided.  Turning around to come back, I was greeted with the following: 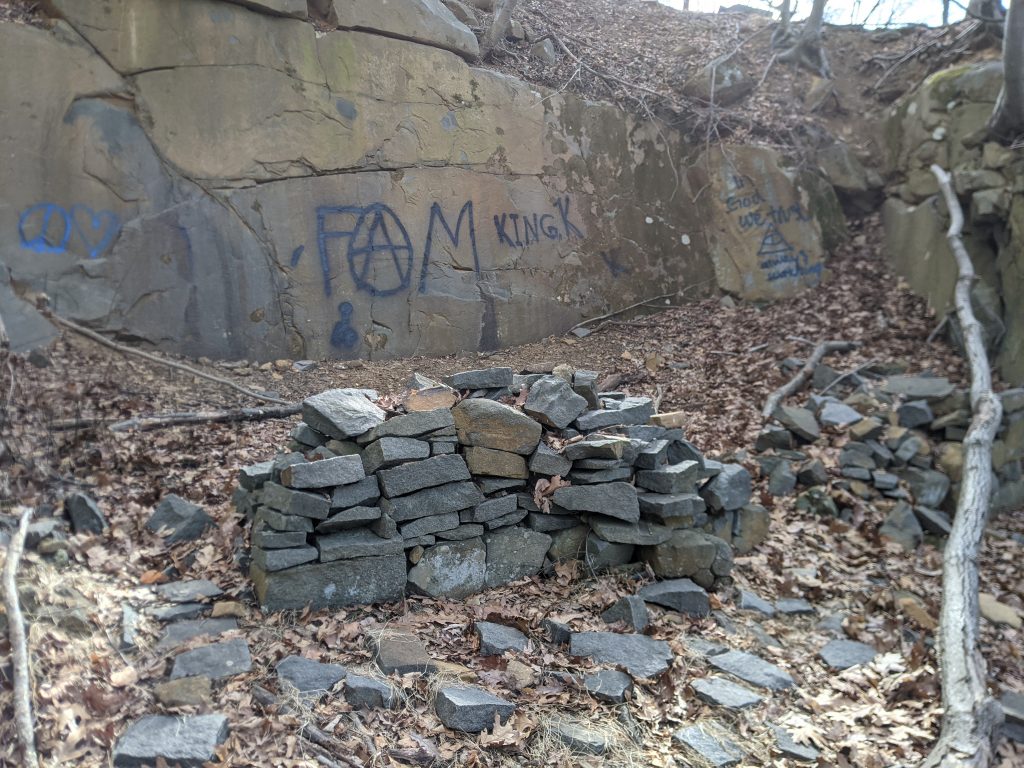 Yes, that appears to be an “altar” in a grotto.  Or maybe I was imagining it.  After the campsite, I wasn’t too much in the mood to find out.

Back to the White Trail to head to Goat Hill Overlook.

At another Red Trail junction, I could faintly make out something in the woods. 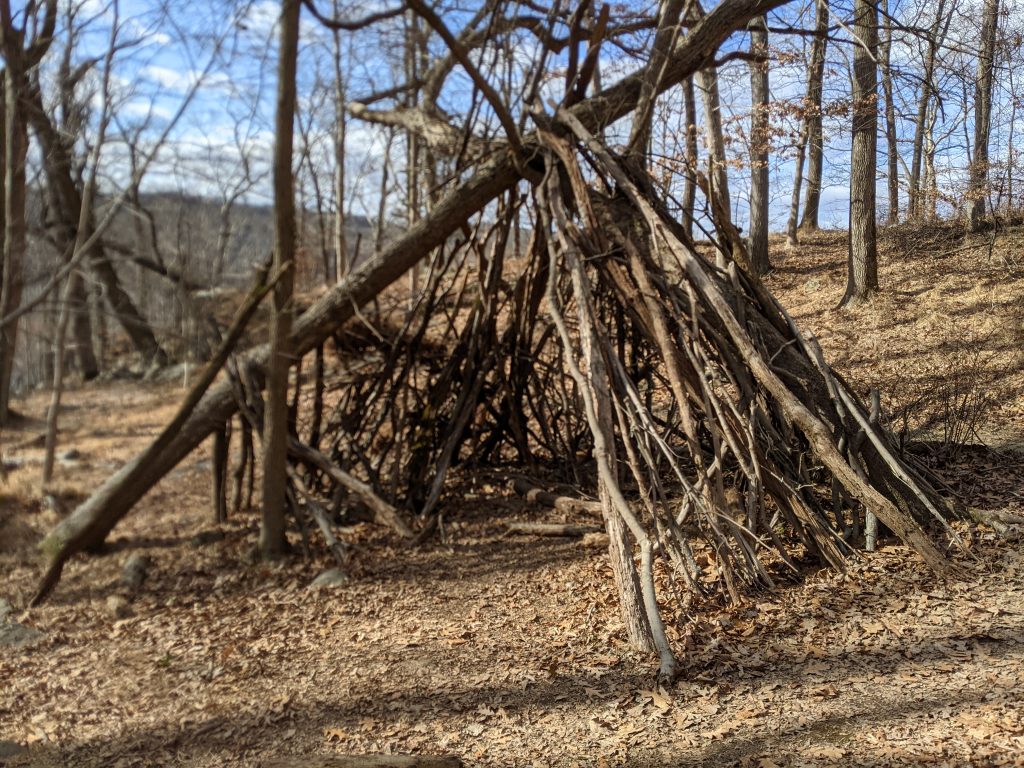 While impressive, after the abandoned campsite and Satan’s Grotto, I noped out of there eventually reaching the Goat Hill Overlook. 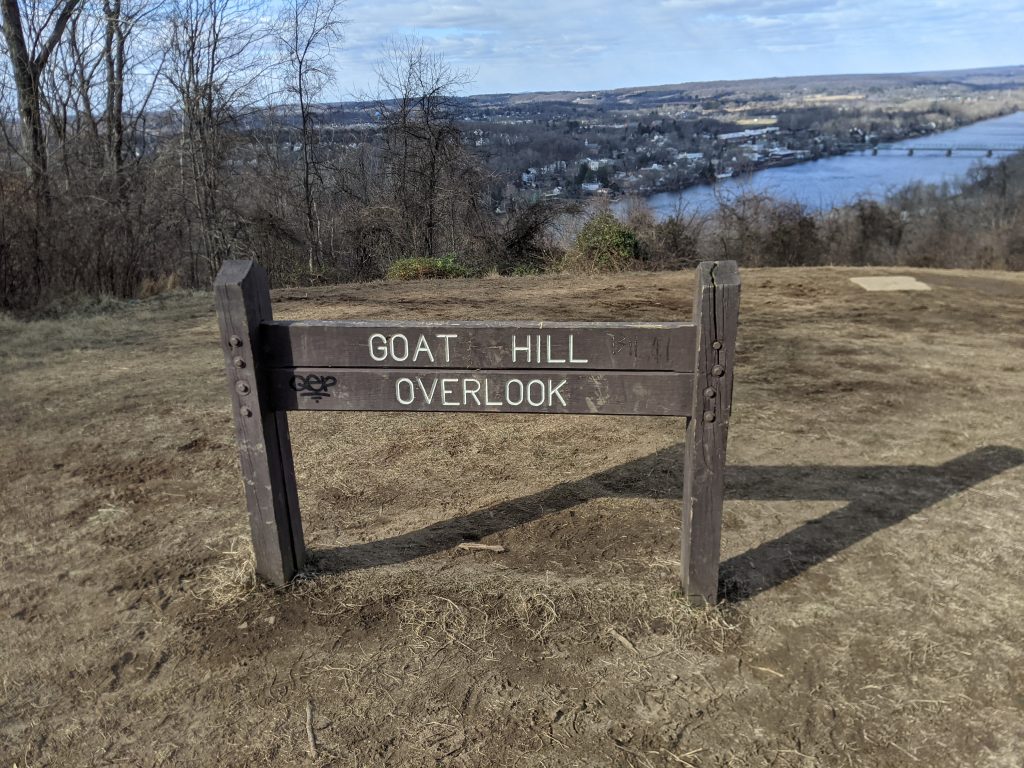 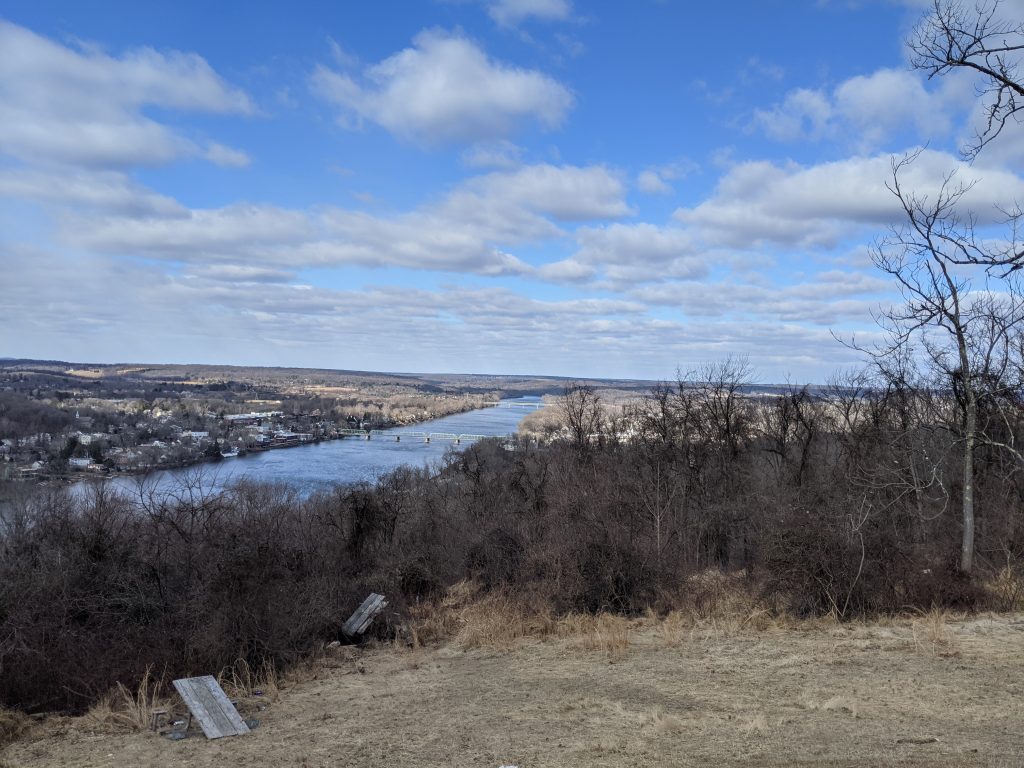 It was at this location that scouts for both Washington’s army and Corwalis’ army spied upon the opposition during the war.

I returned to my car down the main path, but not before I ran into the Turkey Vultures of Doom. 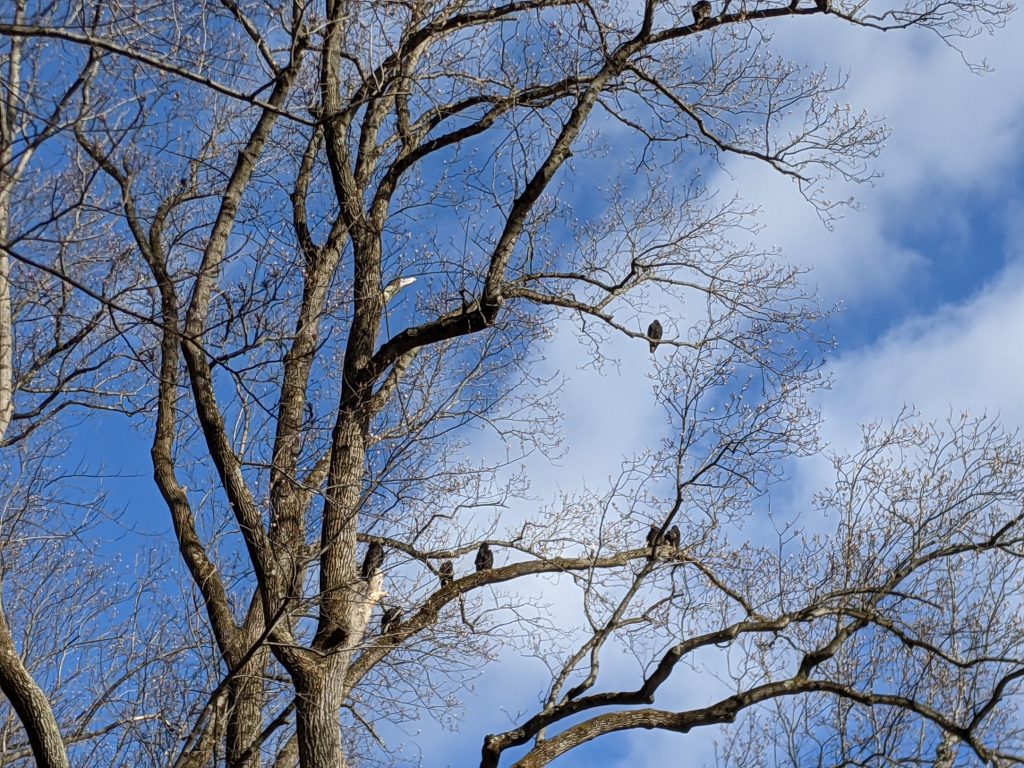 Fortunately, it is five minutes to the car.

I certainly would have enjoyed this more a) if it were about 20 degrees warmer, and b) the creepy vibes were not off the charts.  However, this is a great little preserve with a small lot.  There are numerous No Parking signs along the road to the parking lot, and I imagine it gets pretty busy in better conditions. 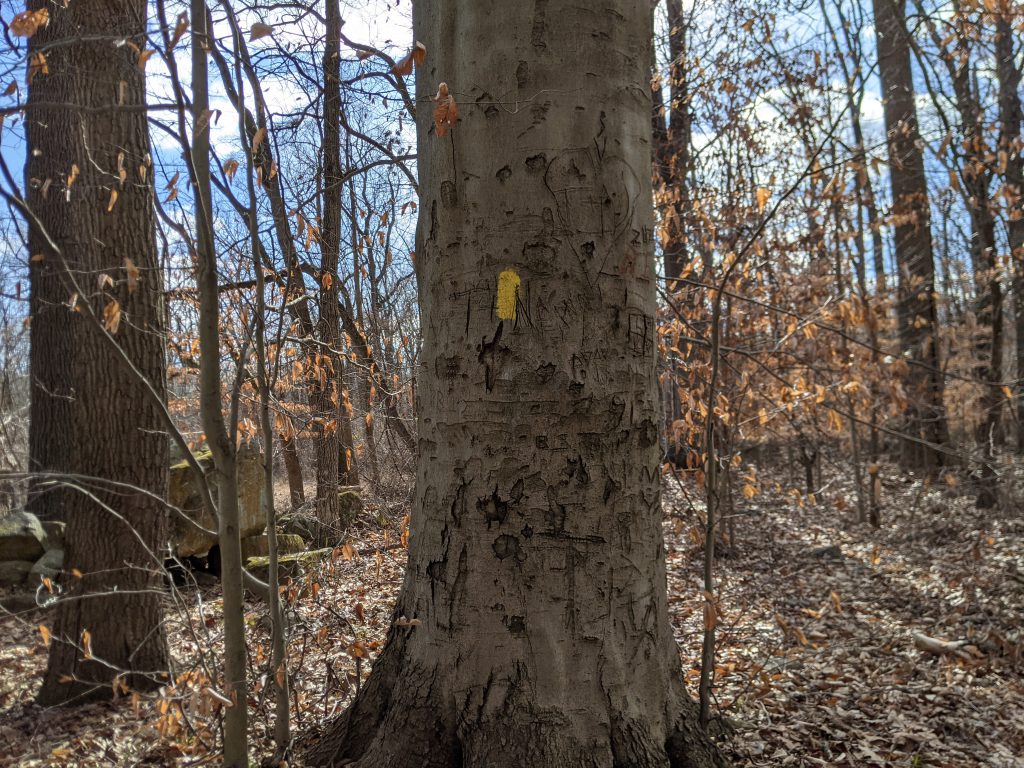 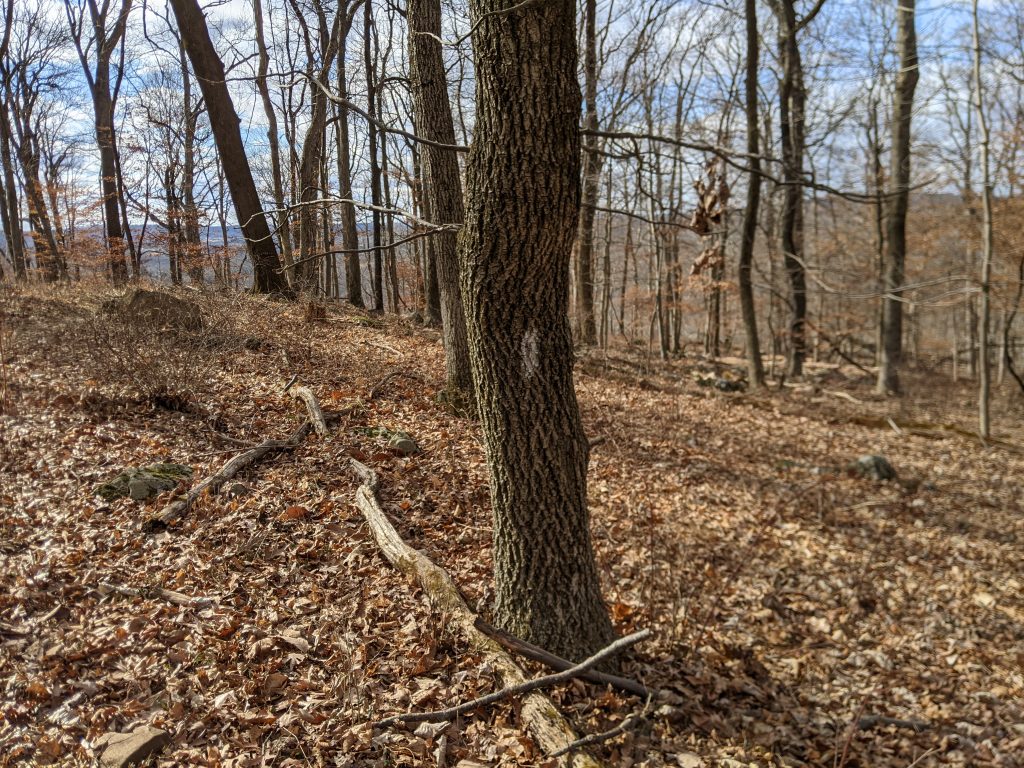 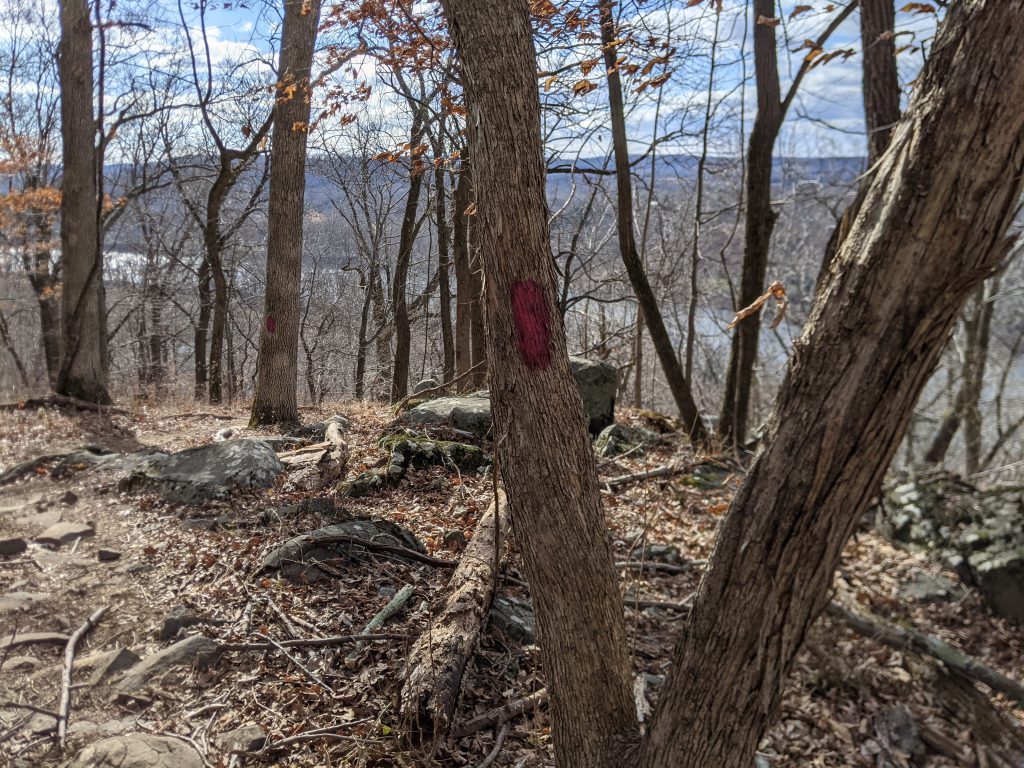