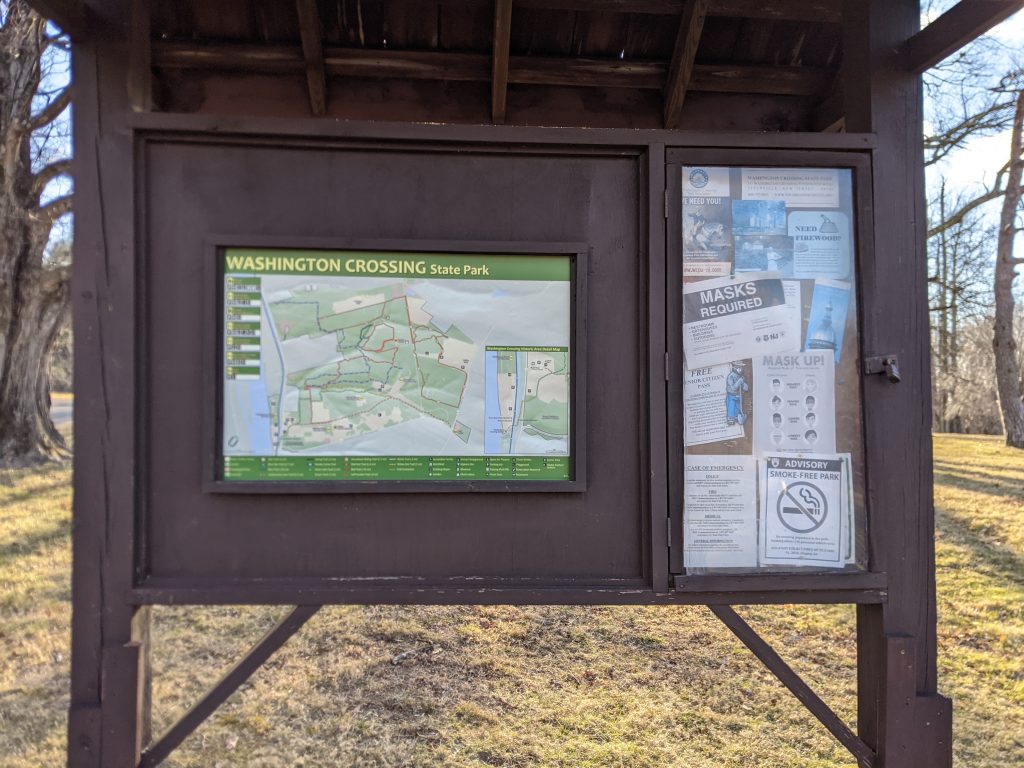 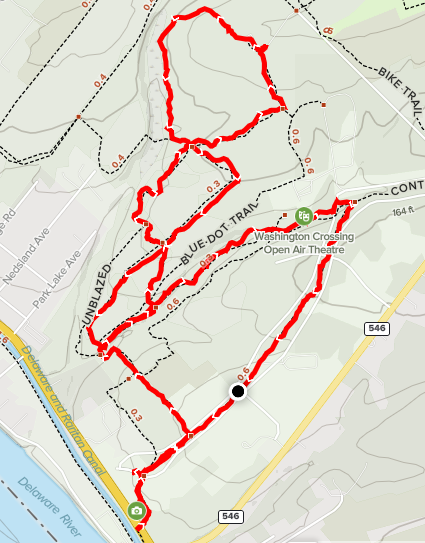 First hike of the new year.  And it was cold and very windy, with temperatures around 35.  Fortunately, the sun was out most of the time, and while in the trees, the wind was not that bad.

With the temperatures and the wind, there were very few people out.

I parked by the visitor’s center, but parked in the back of the lot, not knowing where the trail head was located.  Of course, I parked as far away from the trail as possible.  So, walking towards the visitor’s center / museum, I looked for the trail and came across Continental Lane; the route that Washington’s army took after crossing the Delaware River. 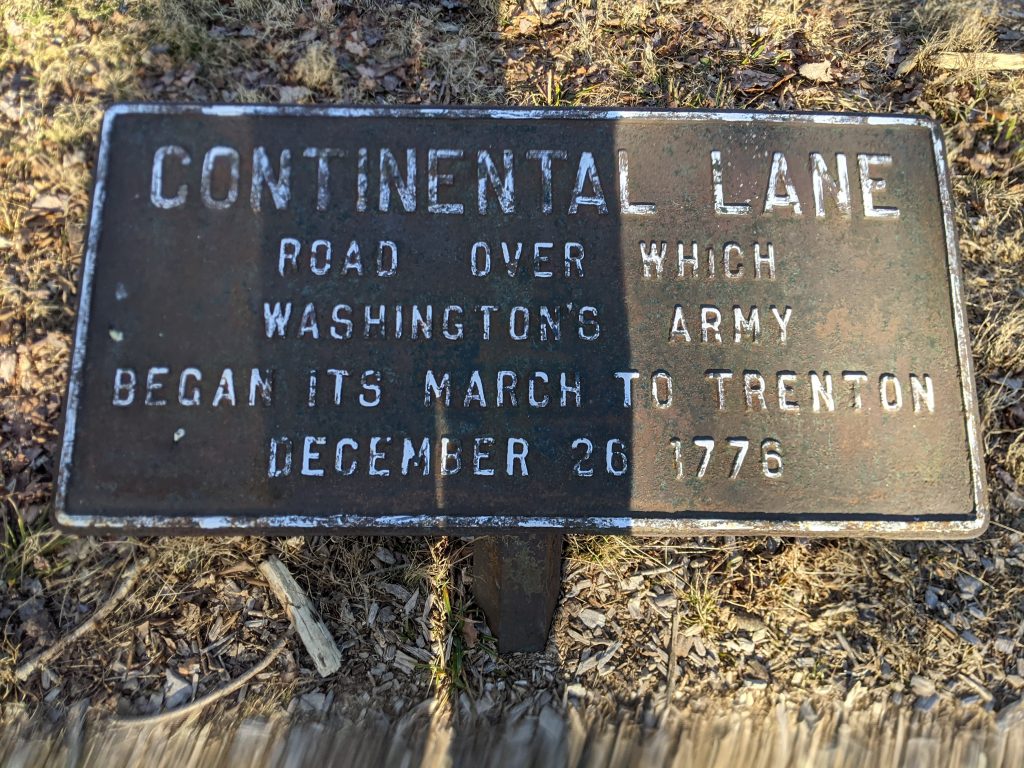 Continental Lane is an easy walk. 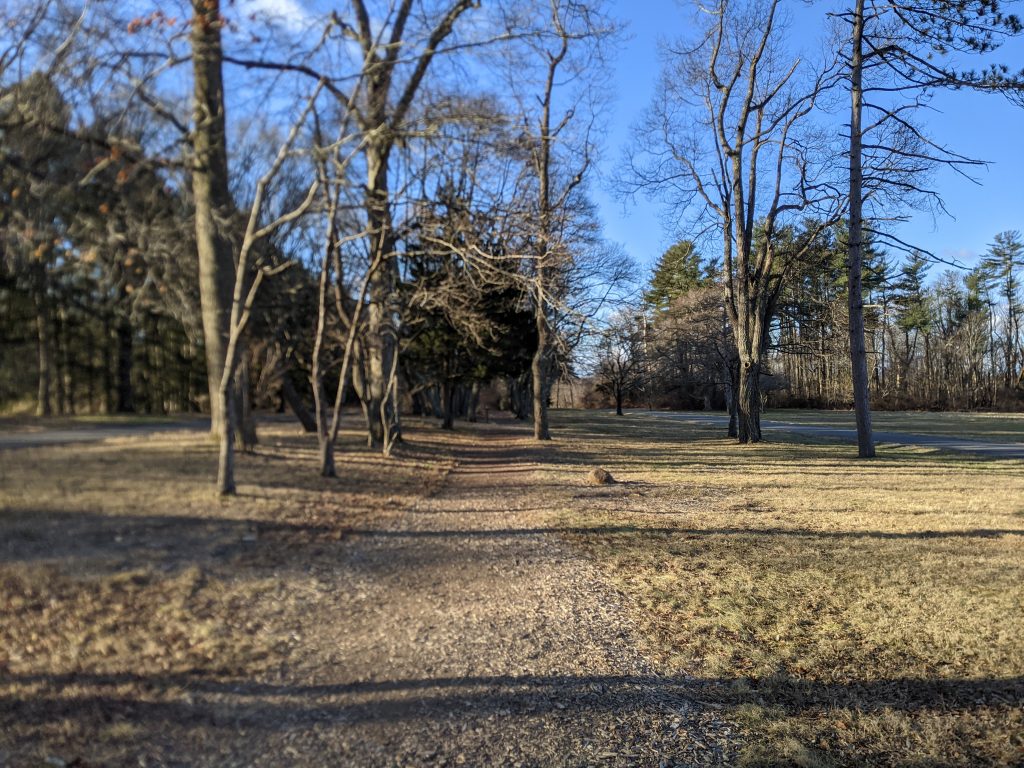 Not too far down, I found my first instance of green, Garlic Mustard.  And this stuff was growing all over the place.  I will say, that if the Continental Army wanted, they had plenty of spices to add to their meals.

Instead of turning onto Red Dot (which I eventually would,) I followed Continental Lane to the observation lookout. 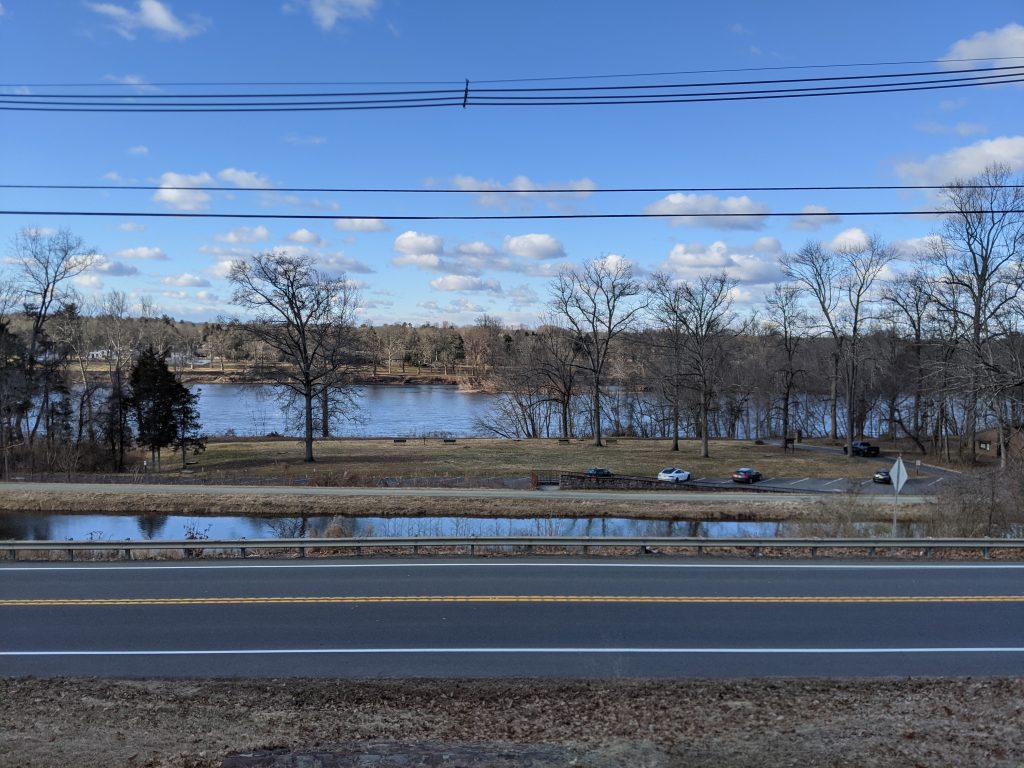 This overlooked the location where Washington’s army came ashore.  I followed the Green Dot trail to the pedestrian bridge, and crossed over Route 29 – though I did not go all way to the D&R Canal (a trip for another day.)

I headed back to the Red Dot. 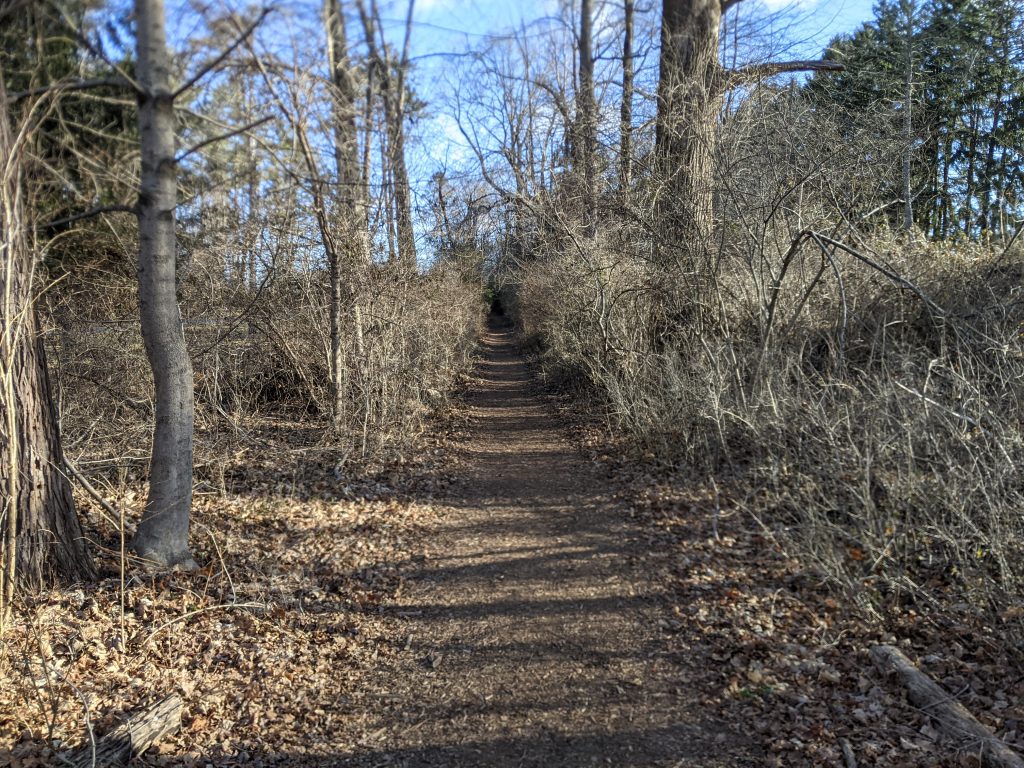 I made my way to the Nature Center, and took the Red trail counter clockwise.  After passing the Blue trail, I saw a small cut-through trail that took me to the Blue Dot trail, and took that.

It was eerie walking through Cedar groves when the wind would start howling.  You could hear the squeaking of trees as they leaned against other trees.  And more than one time I heard something crash, falling from the trees.

The Yellow Dot trail paralleled Steele Run (southern branch) for quite a while. 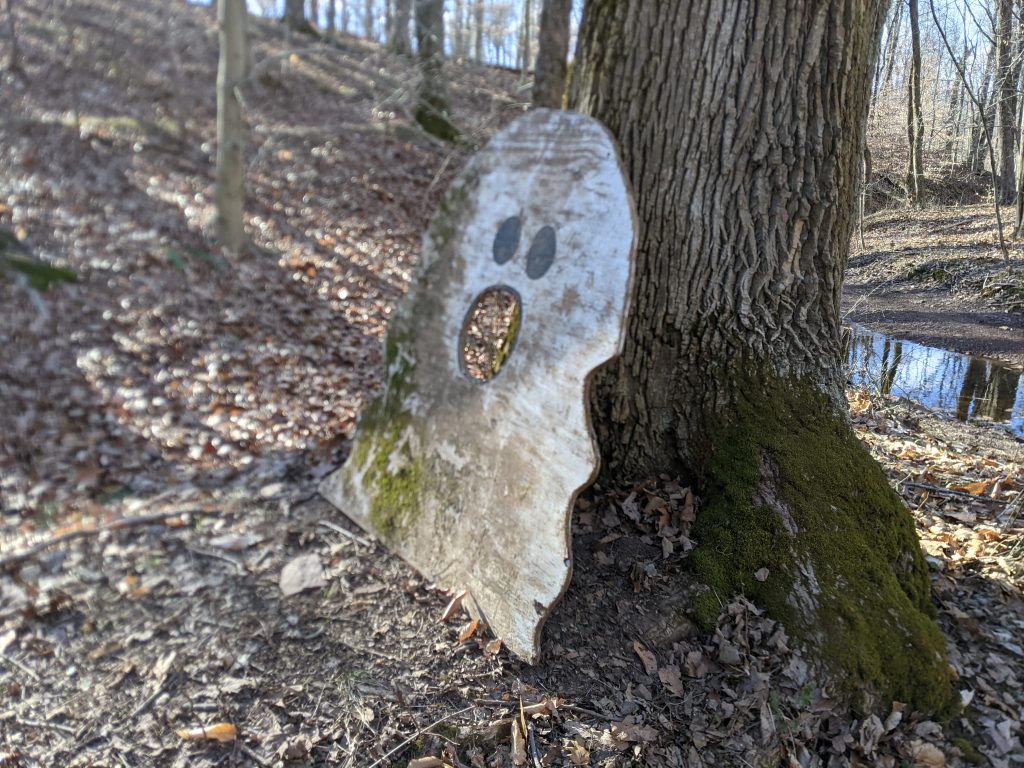 At one point there was a rock hop across Steele Run, which I thought odd, as there were bridges throughout the rest of the park.  Before joining up with Continental Lane, the trail passed by an open outdoor ampitheater. 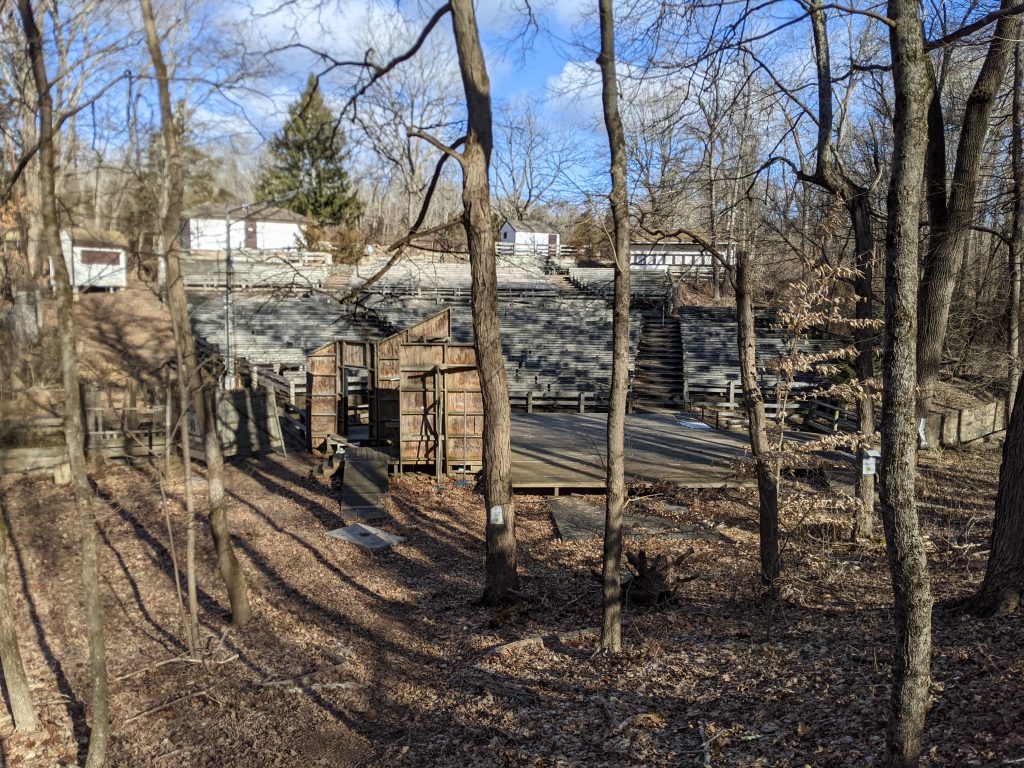 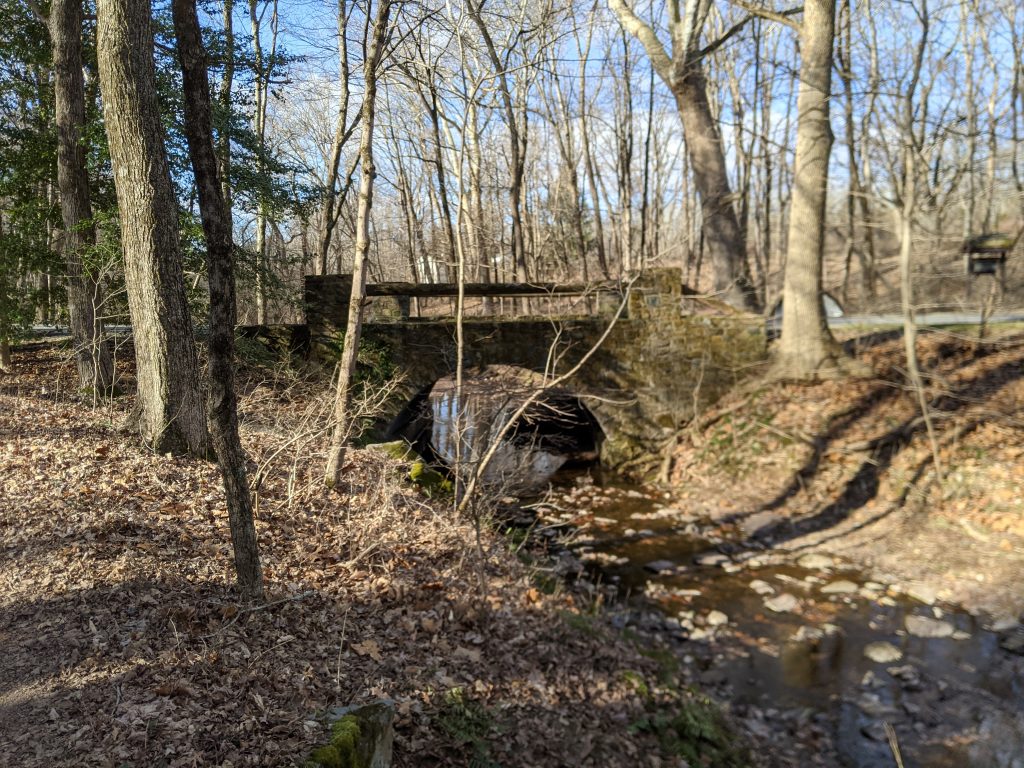 You have to cross the road to reach the end of the Yellow Dot trail, though you could follow the road back to your car.  Turning around after crossing the road gave you a glimpse of the arched bridge.

There is lots of history at the park, and I wish the visitor’s center was open in order to see more of the artifacts.  This was definitely a good hike to start the year on, and I’ll definitely be back to hike portions of the D&R Canal.

Blazes (I missed getting the Blue Dot) 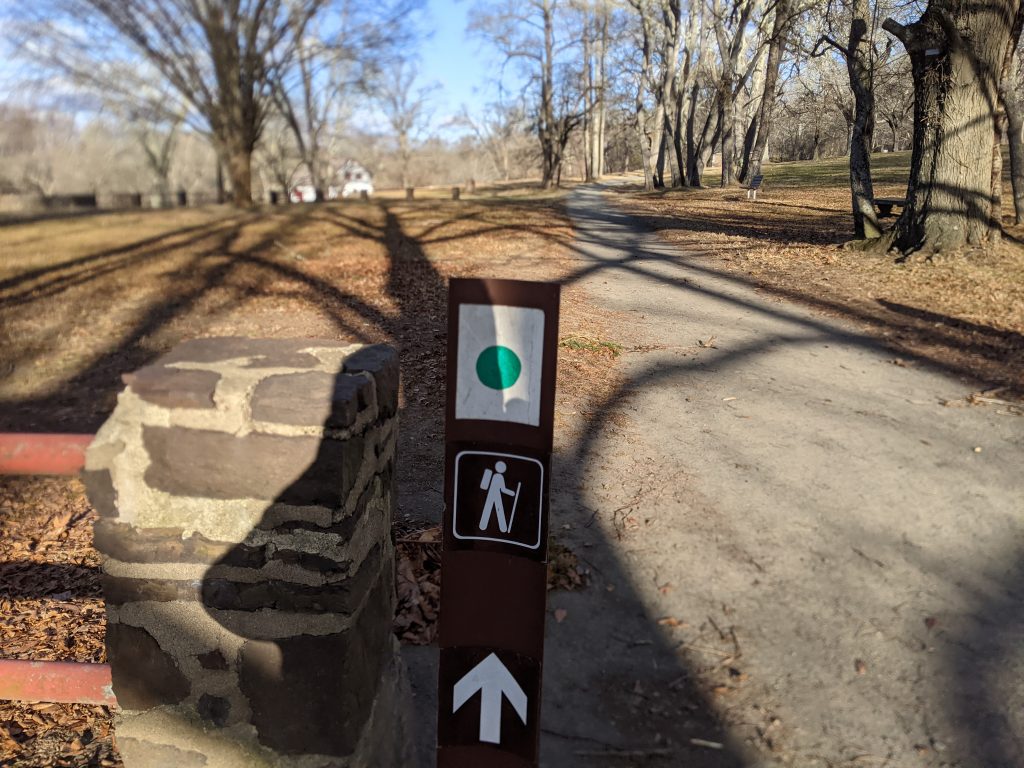 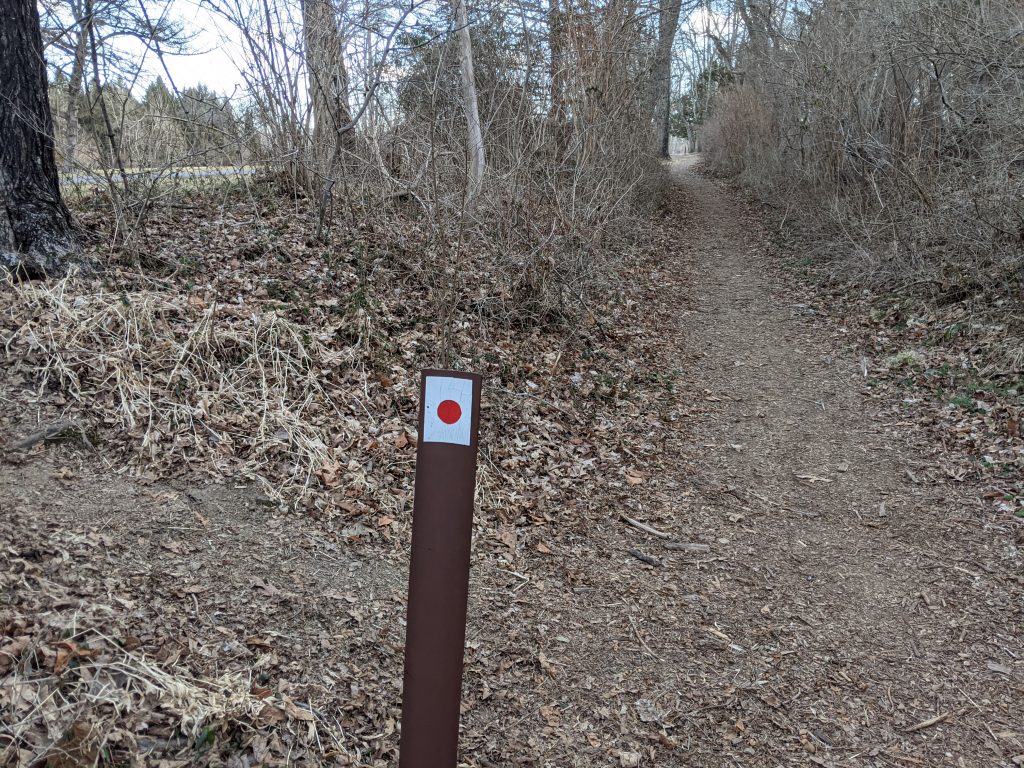 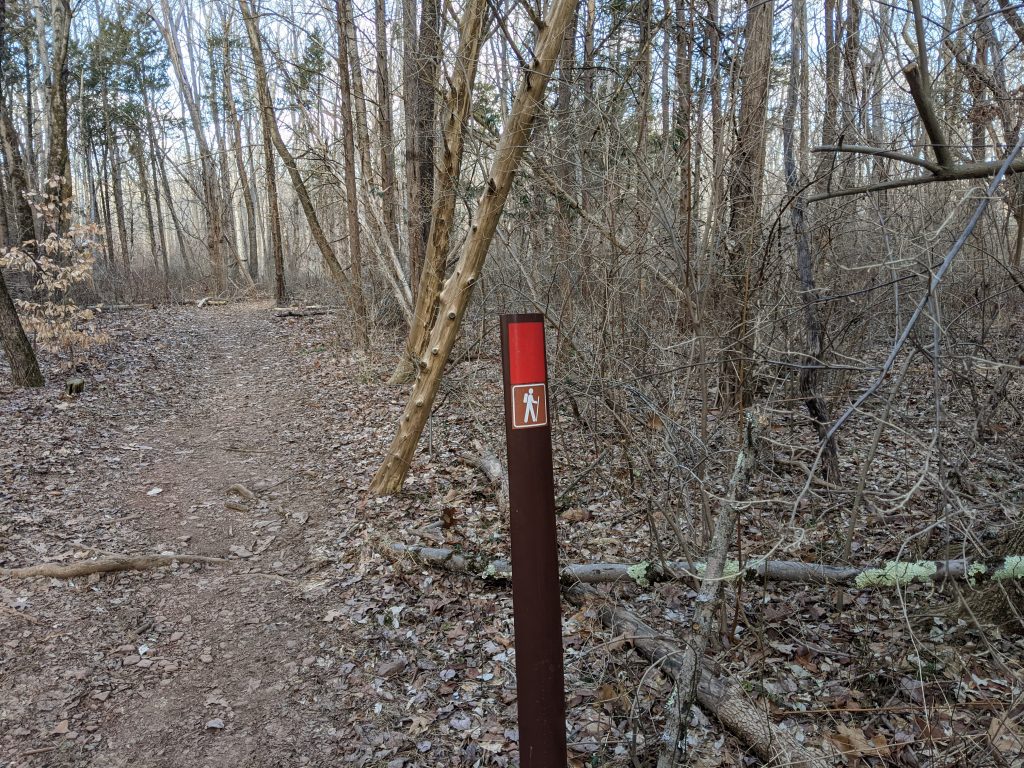 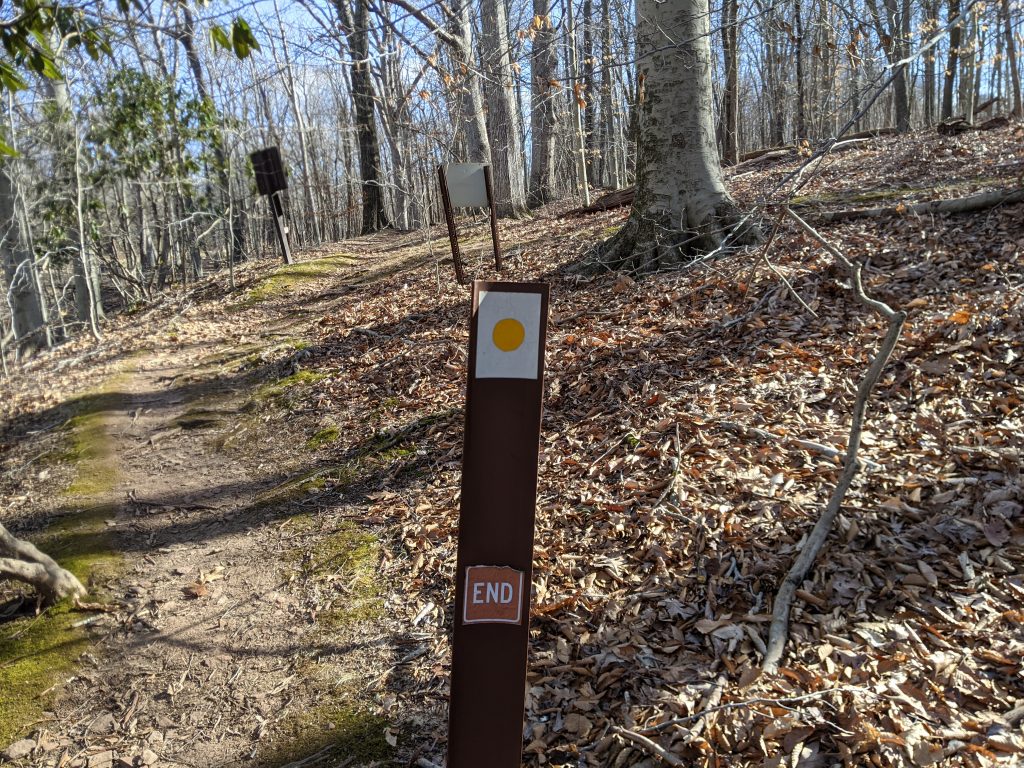