[I took a picture of the trail kiosk, but for some reason it wasn’t saved.] 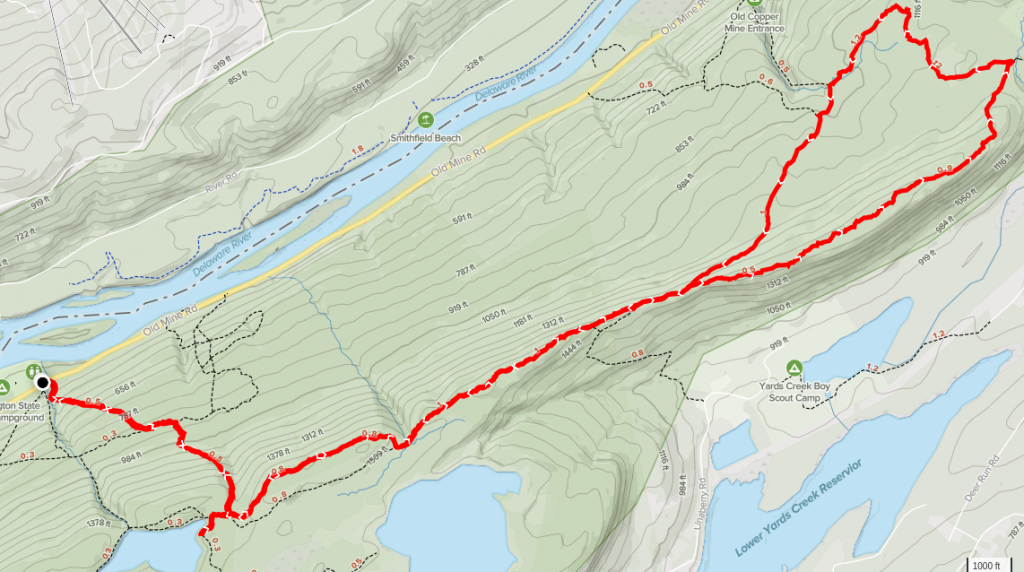 Rain was supposed to come in later in the day (it didn’t) so I thought I would try and beat the rain, knowing I probably won’t get out next week.  There were a couple of times that dark clouds hung around for a few minutes, but I didn’t get wet.  And it was an otherwise perfect day with temperatures in the high 70s with low humidity.

To get to my starting point, take the last exit in New Jersey on Route 80 (heading west), and wait at the light.  It’s a long one, as it controls the portion of Old Mine Road that is one lane.  Incidentally, as I drove by the Mt. Tammany lot, I could see that it was bedlam already just before 9:00 a.m.  I parked in the Douglas lot, which is after the driveway to the Worthington office – about four miles from the light on Old Mine Road.

To get up on the ridge I took the Garvey Springs trail which is short (1.2 miles) but steep; only leveling out where it joins the Rockcores trail briefly.  As the trail climbs there is a nice creek to your right. 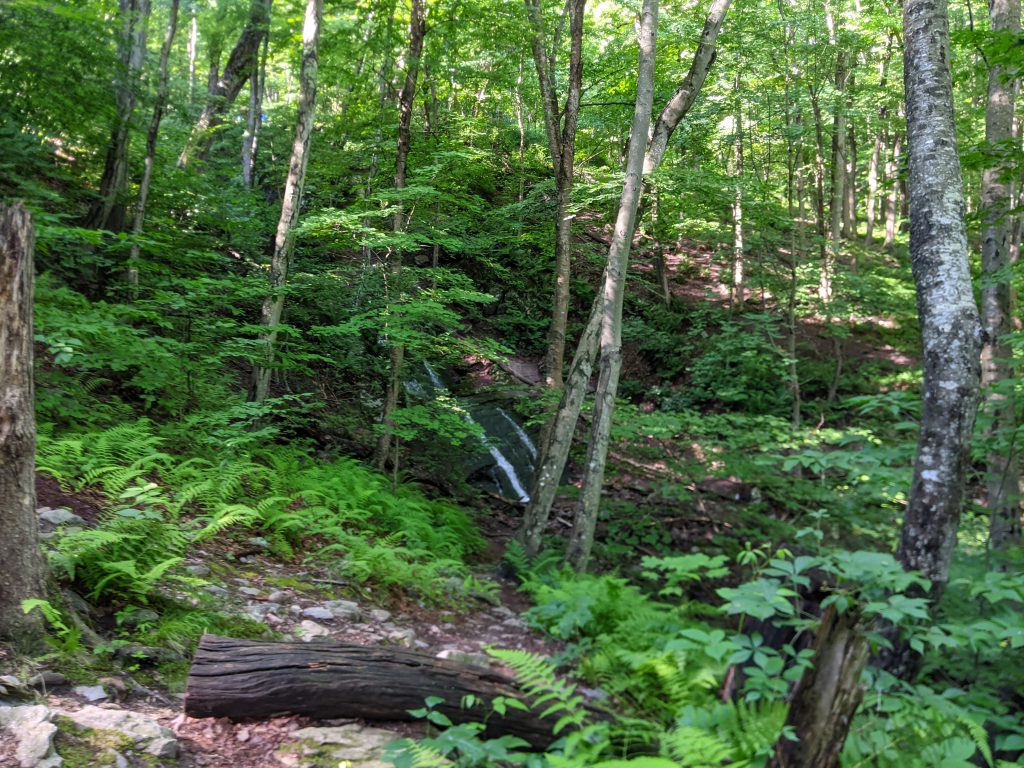 It rained the night before, so I would see all kinds of mushrooms and flora. 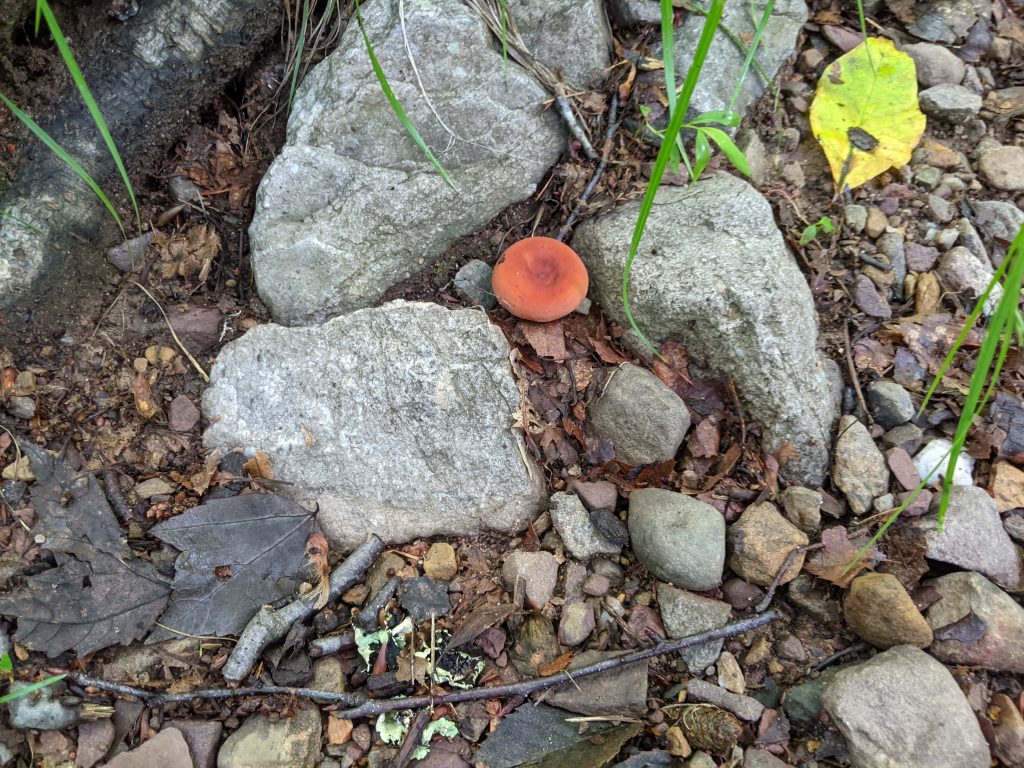 Once Garvey Springs junctions with the Appalachian Trail, I took a right to head to Sunfish Pond, which I hadn’t been to in about 30 years.  I took the Buckwood trail to a rock outcropping that had great views of the pond – and you could see where people had walked down to the pond to swim.  After climbing Garvey Springs, it certainly would have been refreshing to jump in. 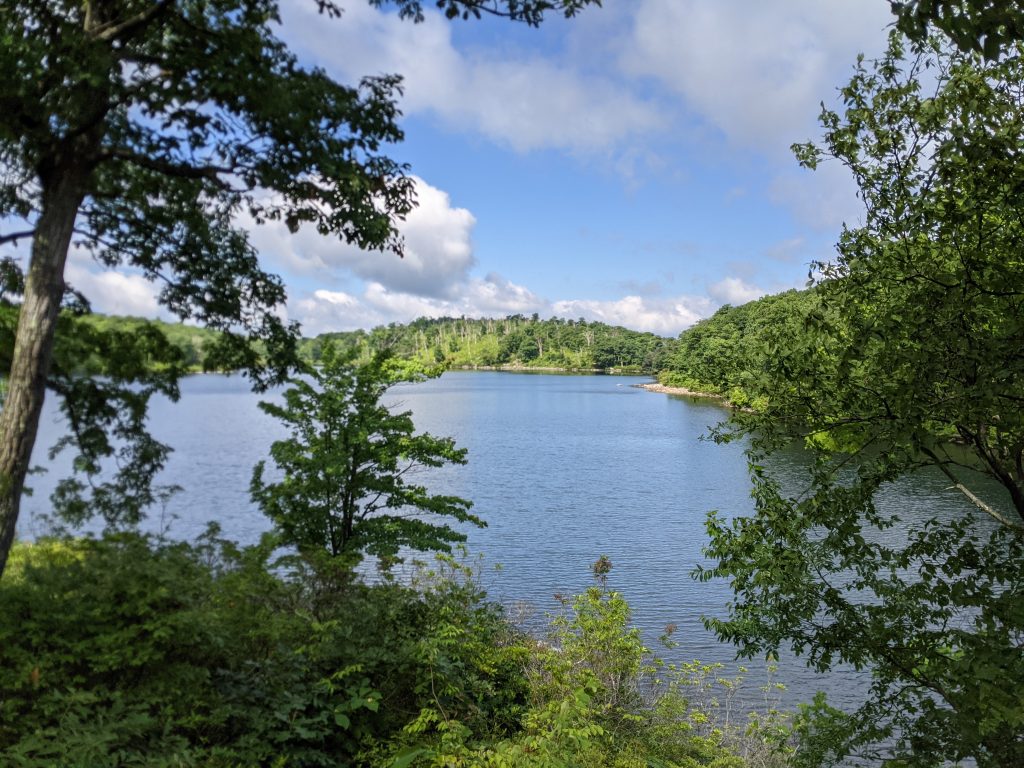 I rested there for a good twenty minutes.  It was back to the AT to head towards Raccoon Ridge.

Both sides of the trail were lined with all kinds of berry bushes.  I admit, I helped myself to some big fat blueberries. 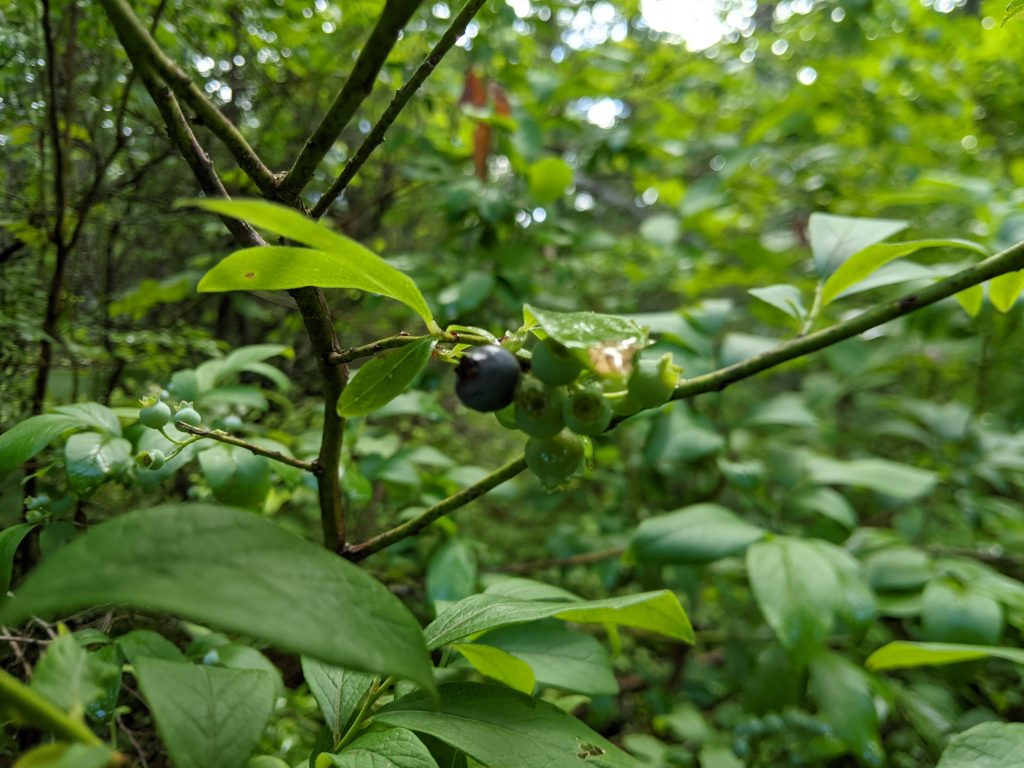 You get an idea of the quantity of berries in this picture: 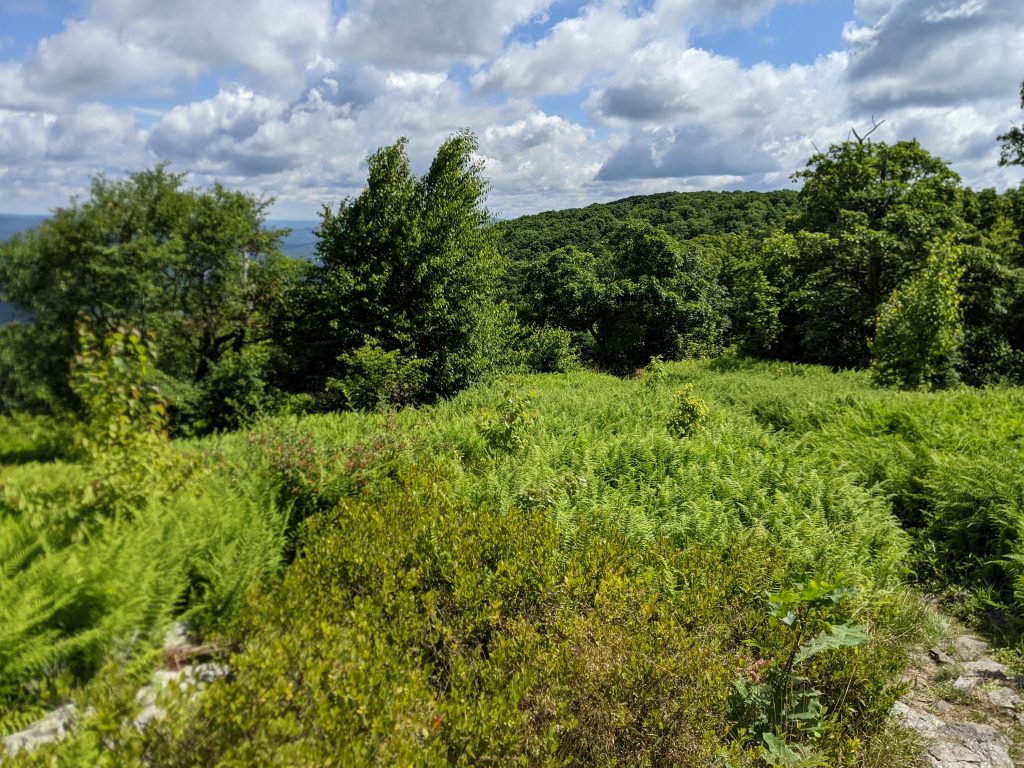 Raccoon Ridge had some great views, both north and south.  South overlooked the reservoirs, and north had distant views of the Delaware River. 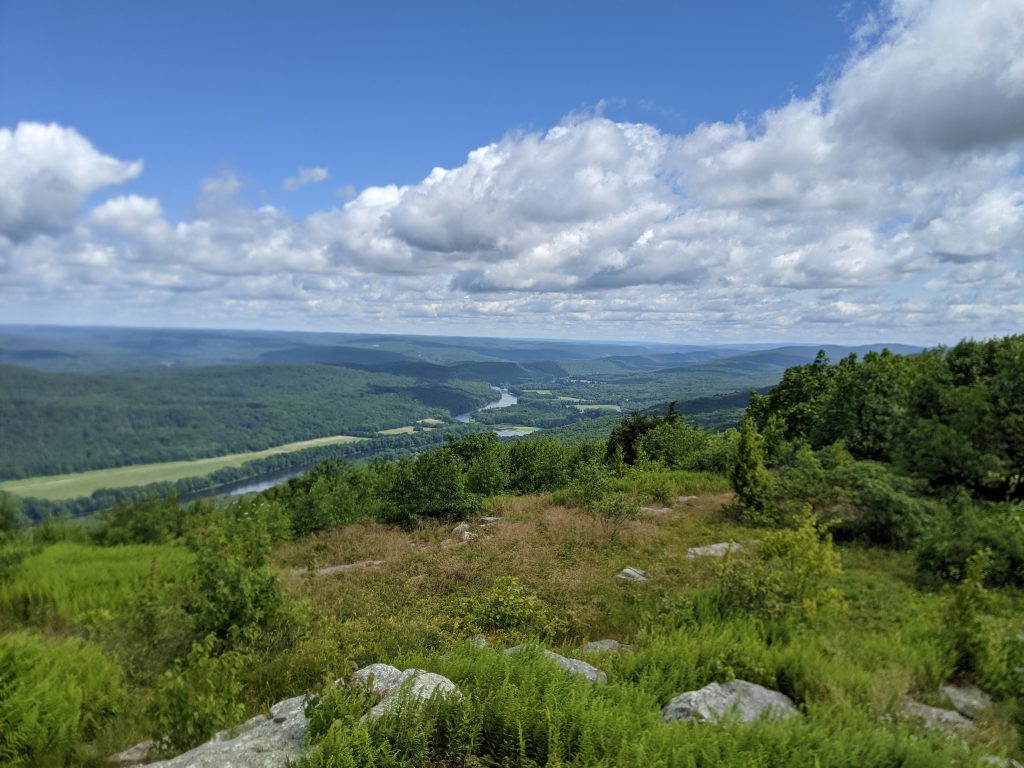 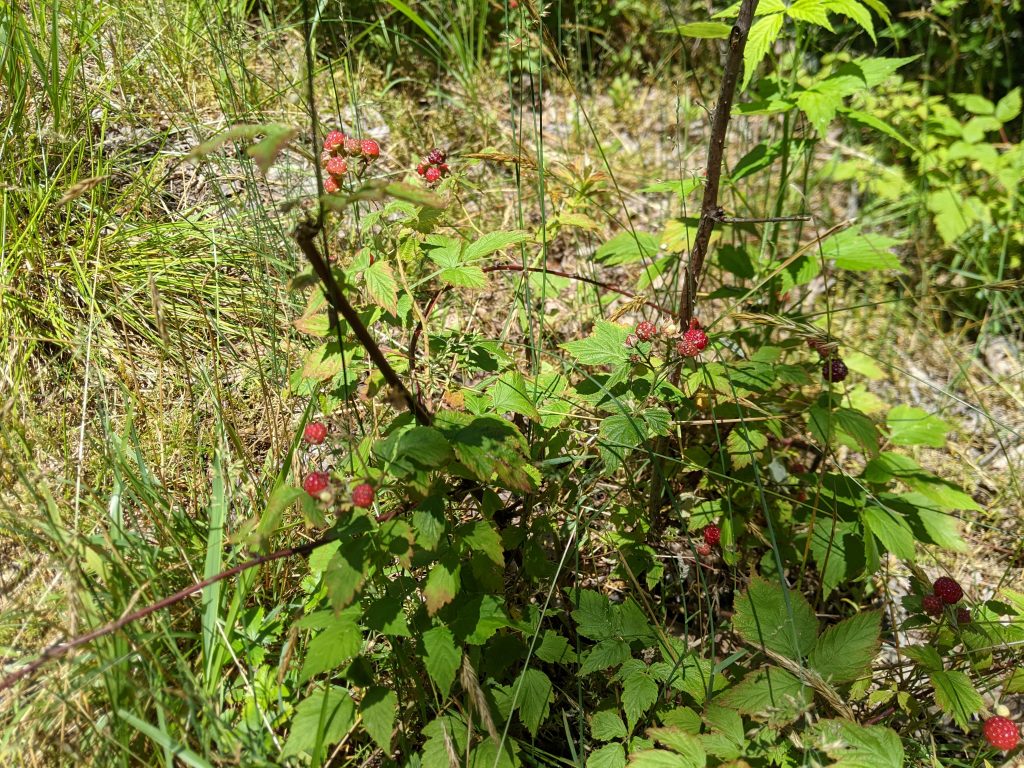 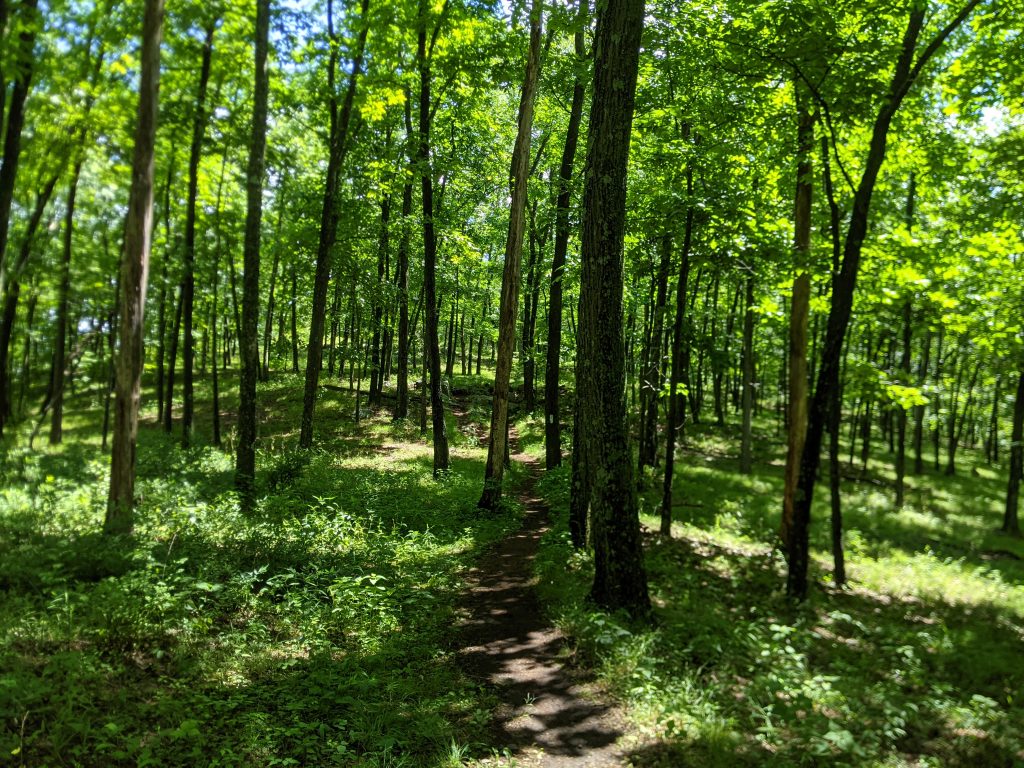 After hiking off Raccoon Ridge you enter the Delaware Water Gap National Recreation area.  My plan was to reach Catfish Pond Gap (where I was two weeks ago) and take the Coppermine trail to make a loop.

As I mentioned, it was a great day, and I was passed by numerous through-hikers (some multiple times) as they made their way from Georgia to Maine.  They all commented on the great views, but all mentioned the rocks – all thinking they were done with the rocks after leaving Pennsylvania.

All the way to Catfish Pond Gap there were great views of Lower Yards Creek Reservoir. 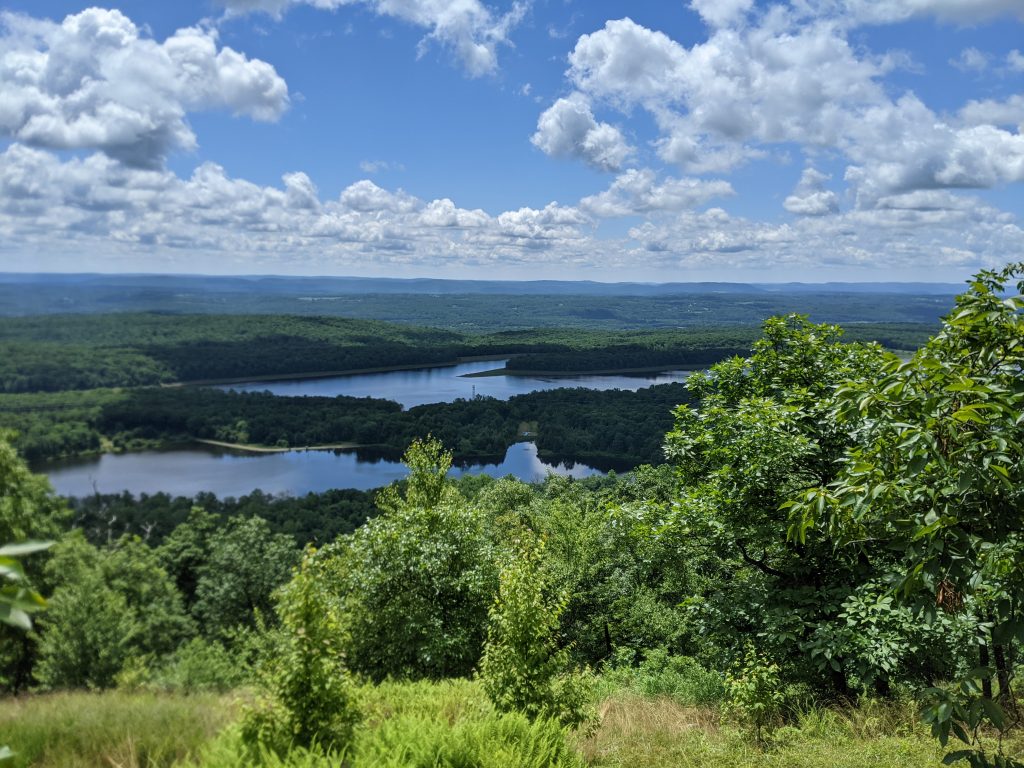 The trail off the ridge was steep heading into the gap, and I was glad I was not coming back up this section of the trail.

I took a left onto the Coppermine trail.  After a little way I found the largest fungi I had ever seen. 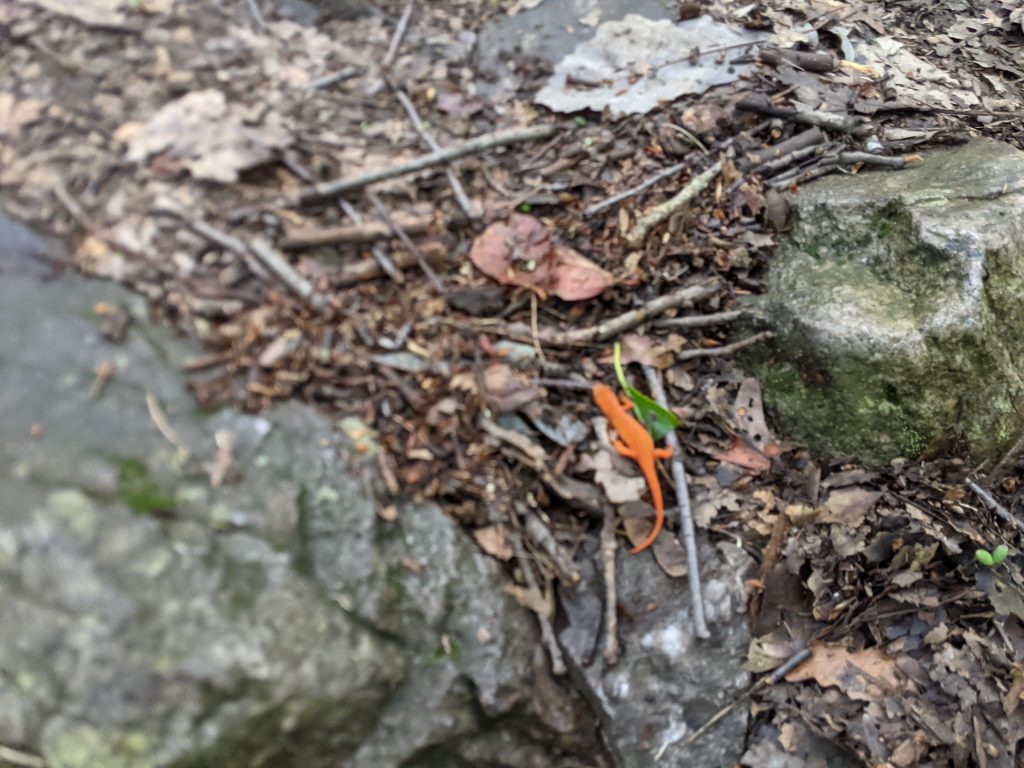 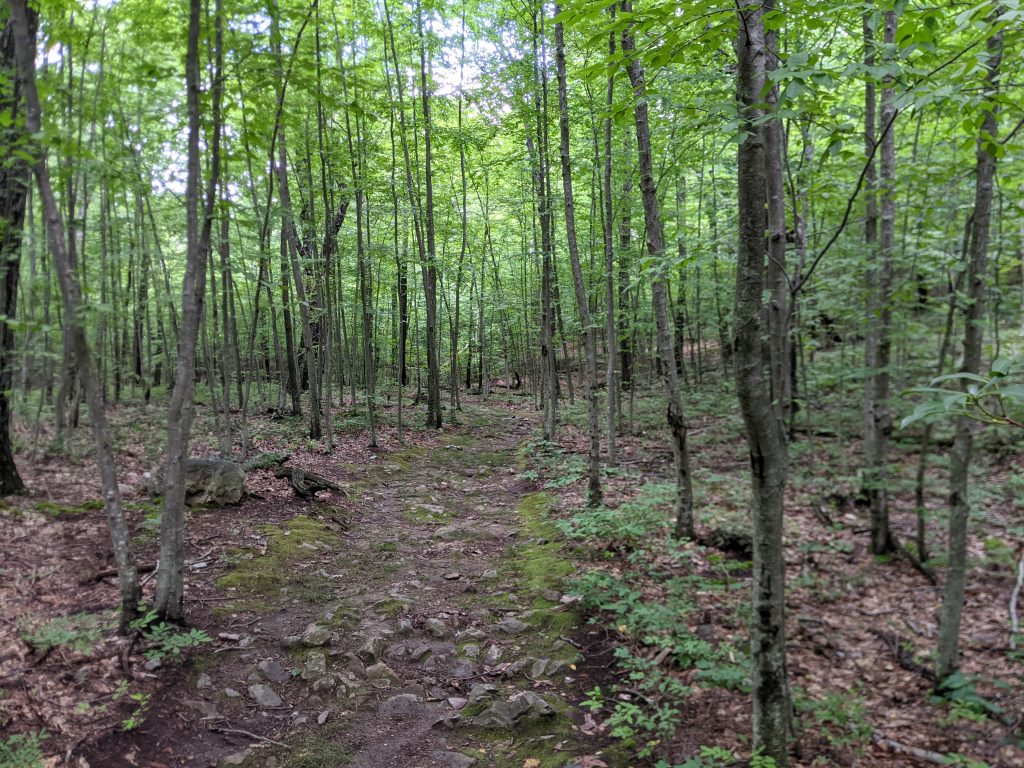 Right after the above picture was taken I was approached by a couple heading the opposite direction.  They asked how far I was going, because they had just seen three bears!  A mother and two cubs.  The bears immediately bolted into the woods.  They saw the bears beyond where I was turning, but now I kept my eyes open more than normal.  (Spoiler – I never did see them, it would have been cool.) 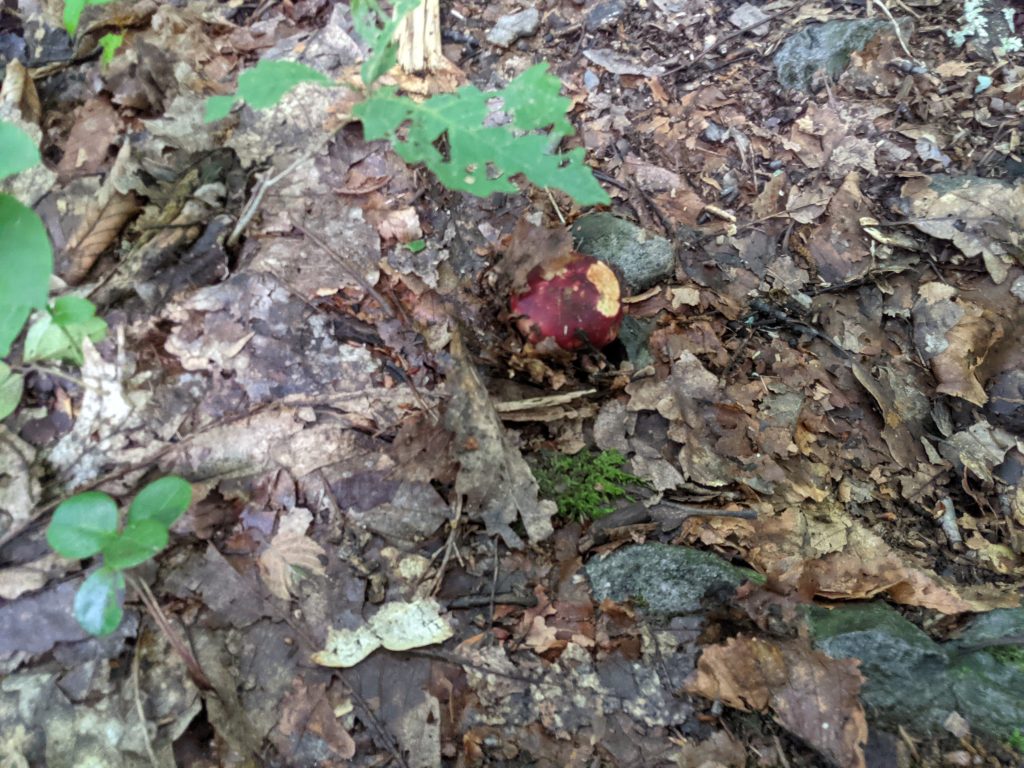 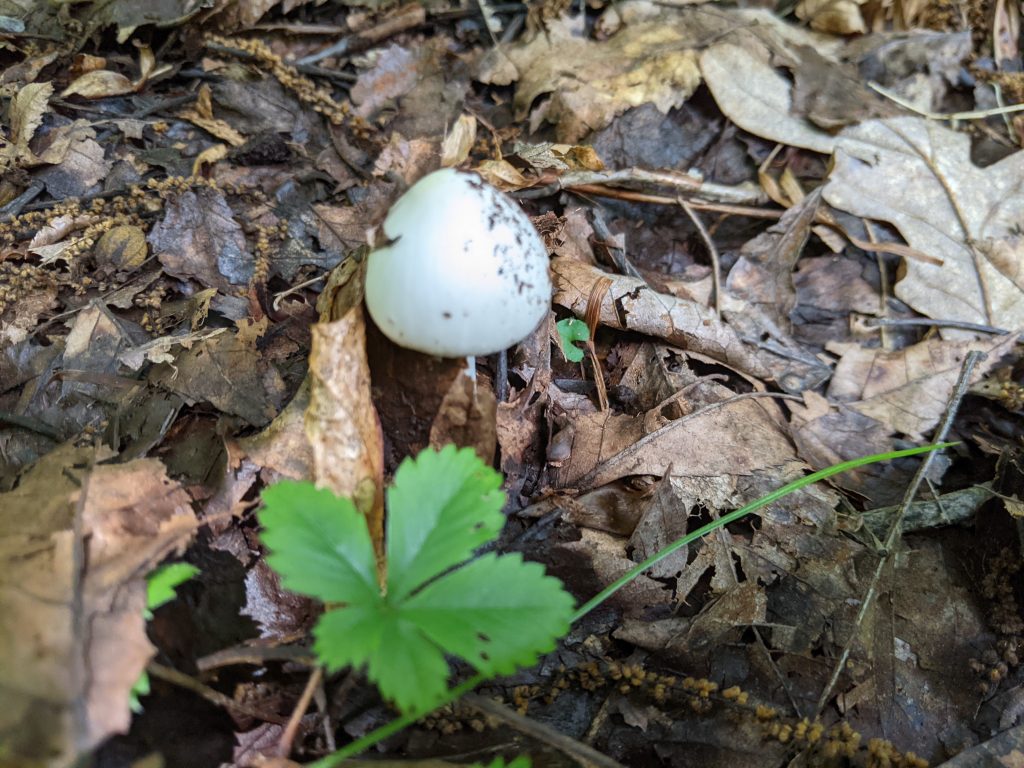 I took the Upper Kaiser Spur trail to connect from Coppermine to Kaiser (I would have come to the bear sighting location if I continued on Coppermine.  I thought about it, but my route was long to begin with.)  While the spur trail is short (less than a quarter of a mile) there were three stream crossings.  And the rhododendron were just starting to bloom. 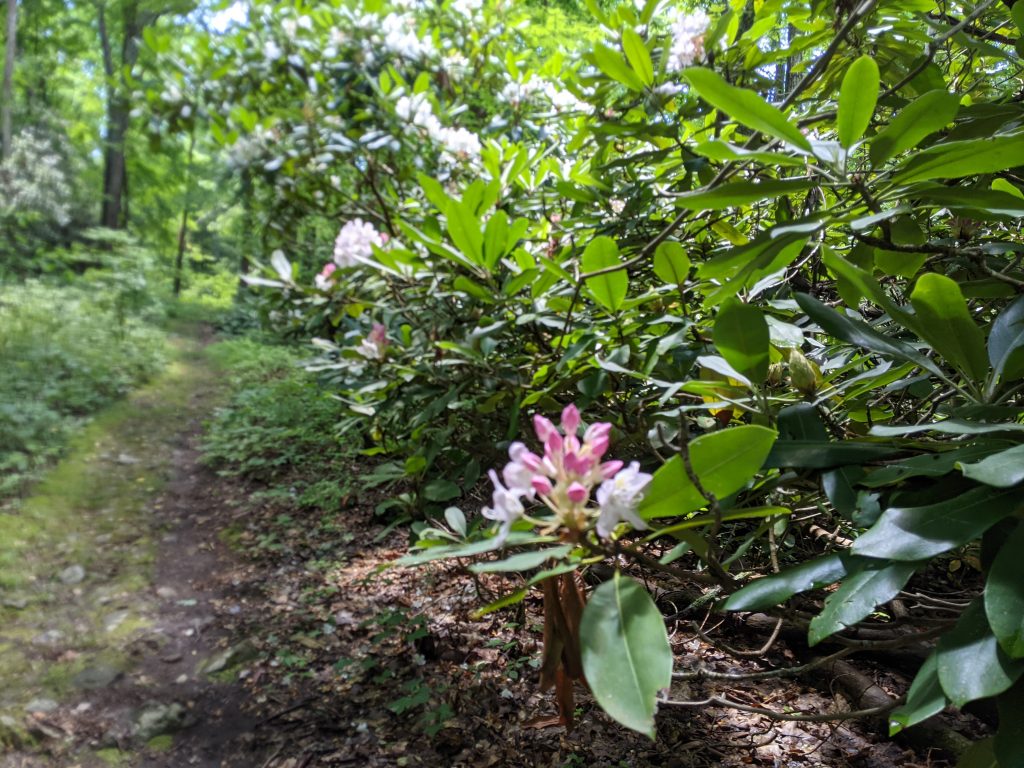 The Kaiser trail is only about a mile (from this point – back to the AT) and mercifully is a long slow gradual incline; nothing steep like coming down the AT to the gap, or Garvey Spring.

Taking the AT back (towards Garvey Spring) you cross back into Worthington State Forest. 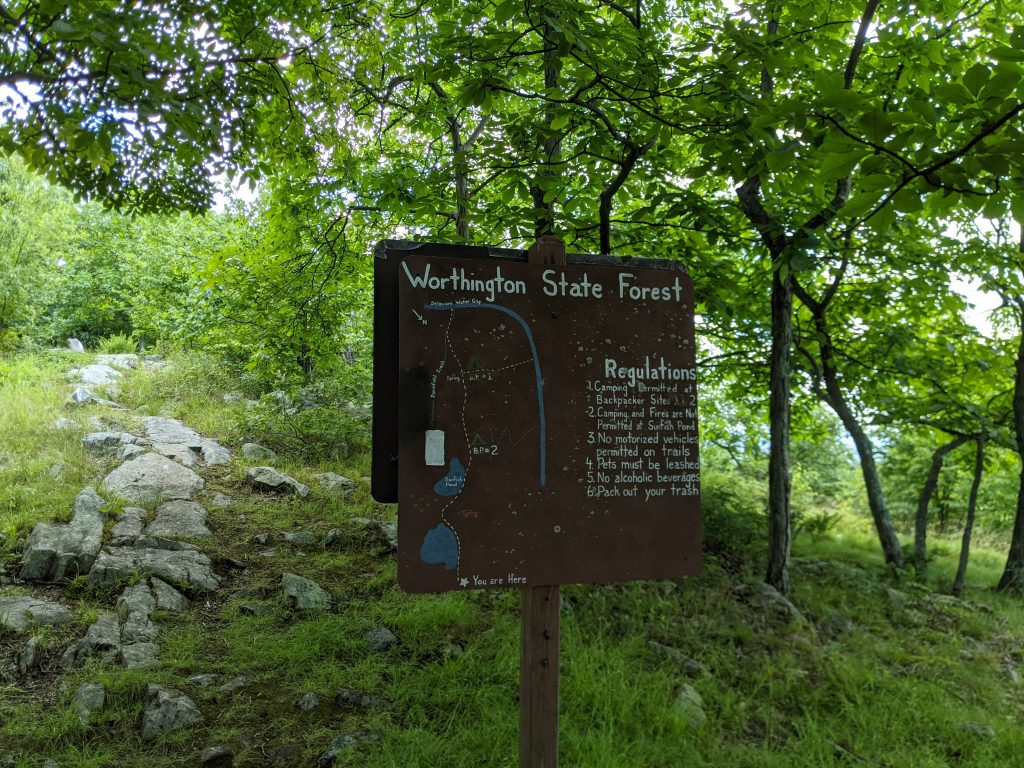 From there it was back to Garvey Spring and the descent down.  This was a long hike (longer than I normally do) and I was looking forward to getting back to the car.  The descent was grueling, especially late in the afternoon. 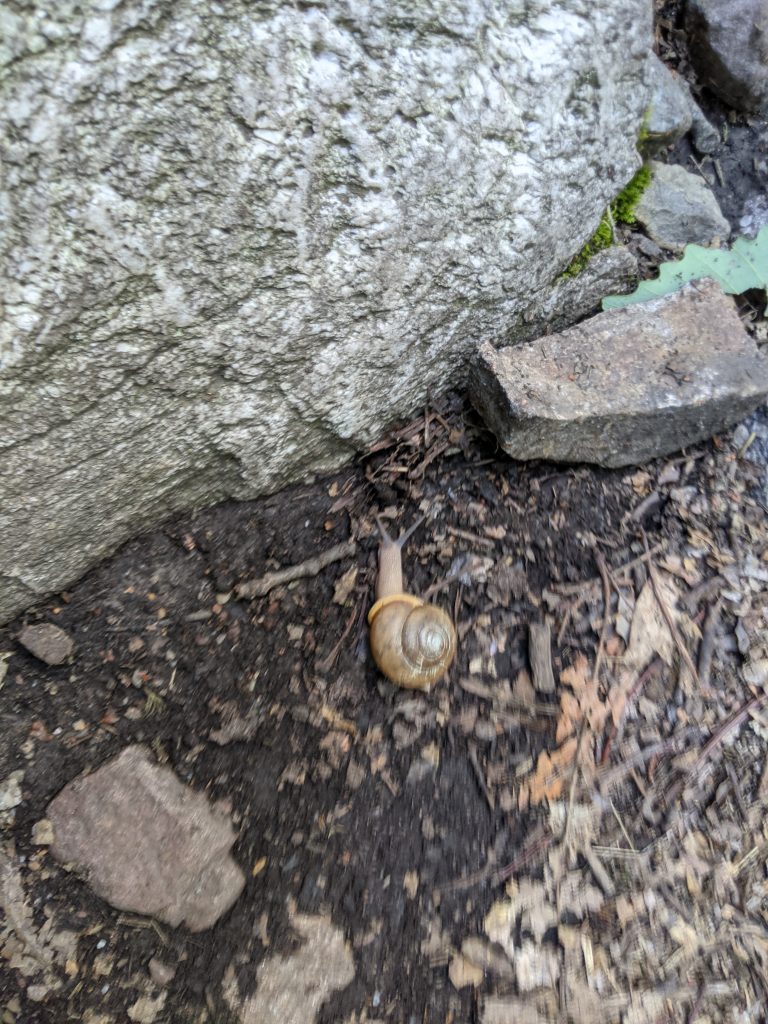 Garvey Spring is surreal as there are times you fell like you are in a sea of ferns.  Ferns as far as you can see. 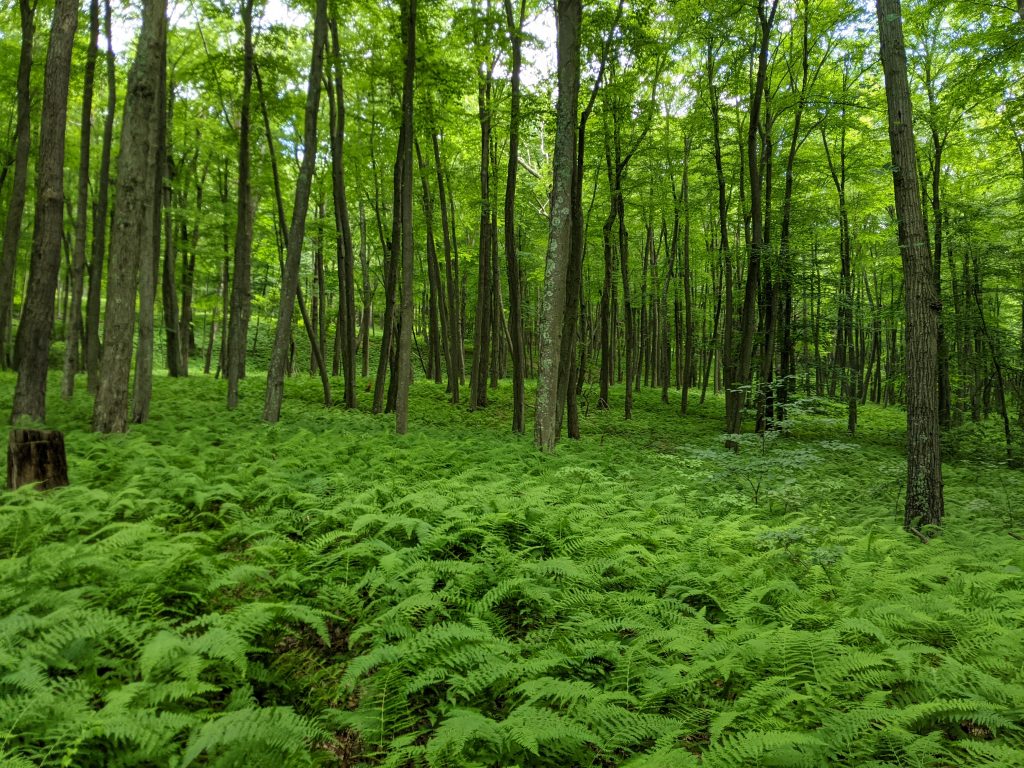 This was a great hike, with a near miss on bears.  After having two successive trips in the Kittatinys, I’m ready for something a little different. 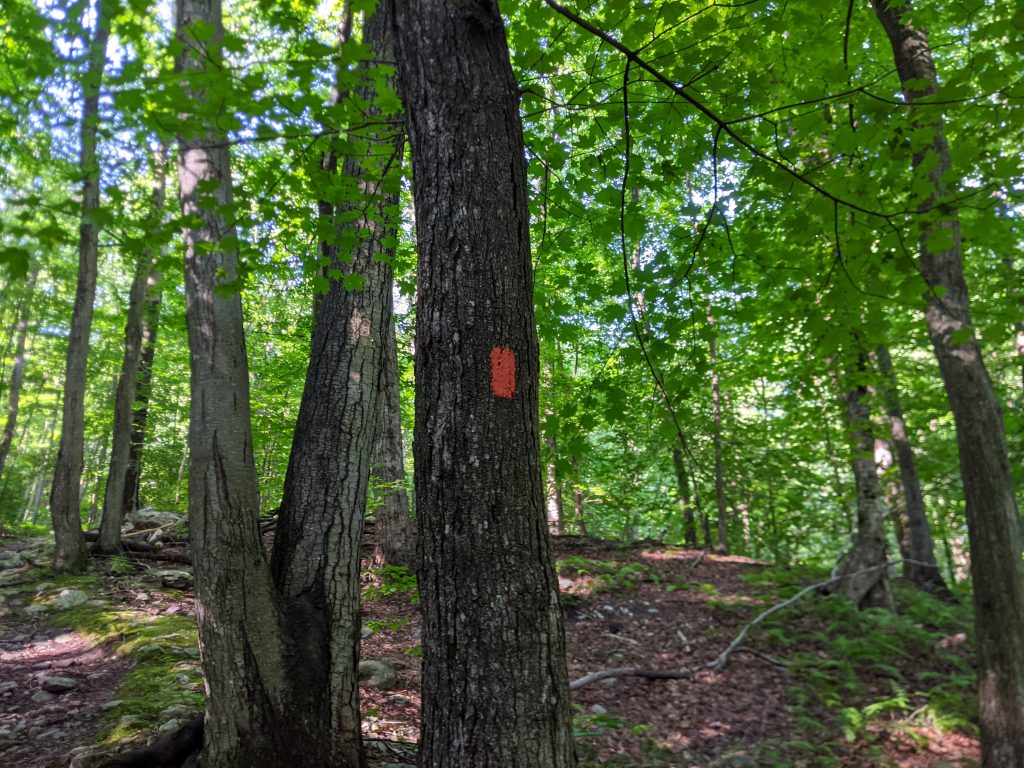 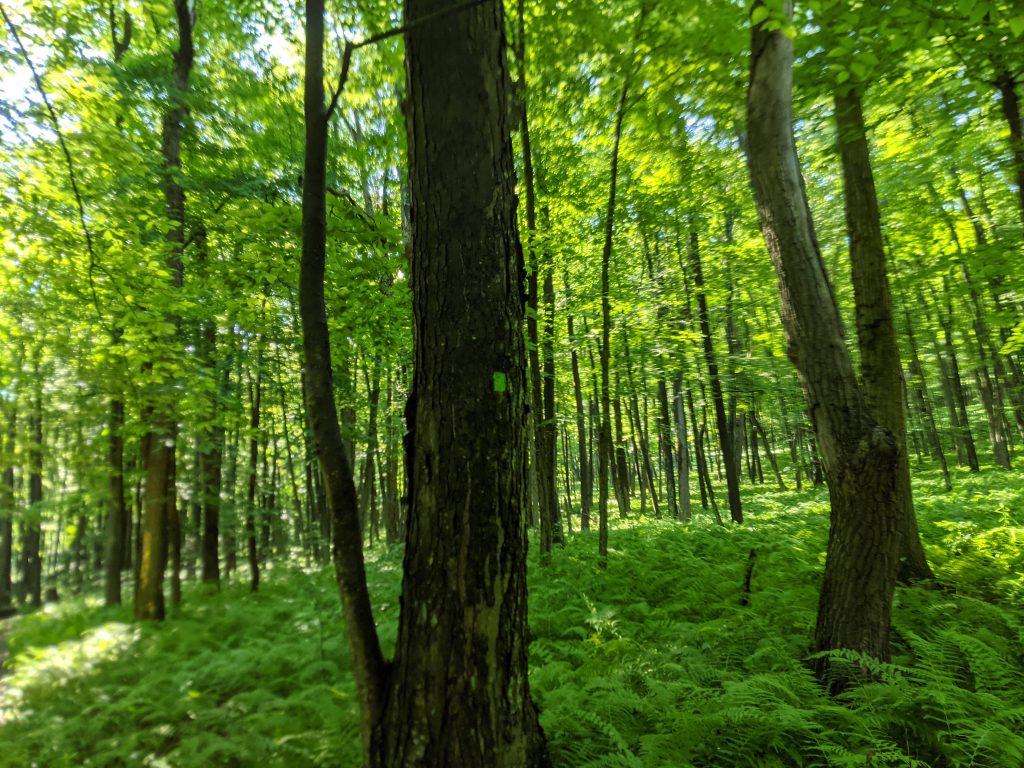 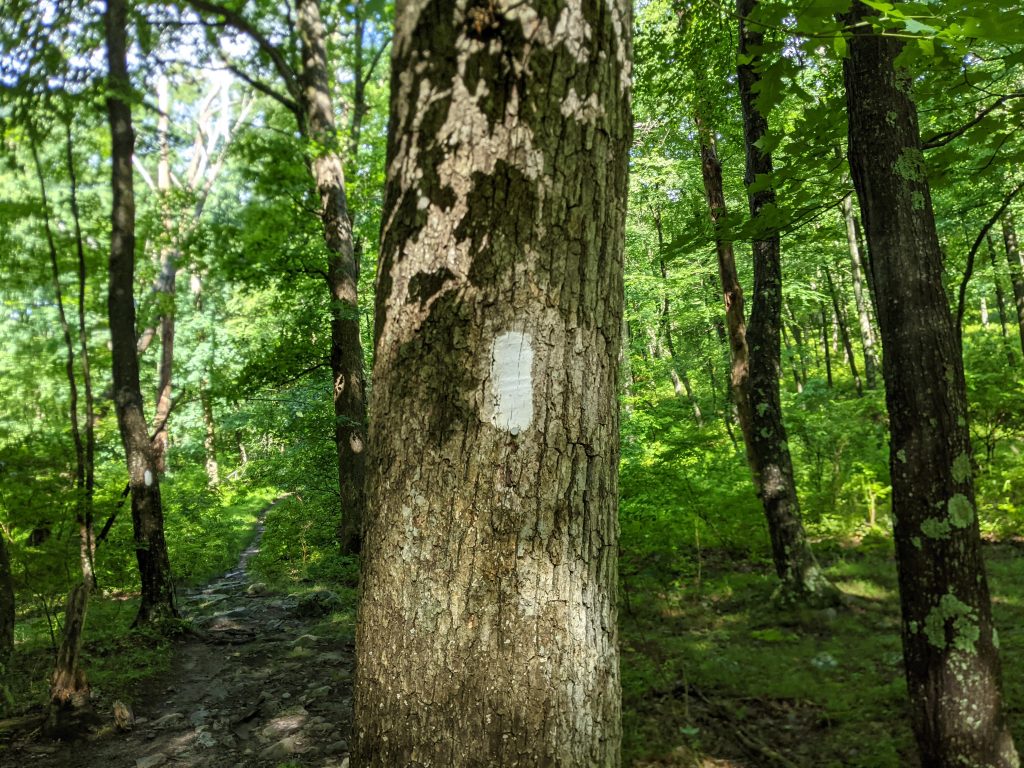 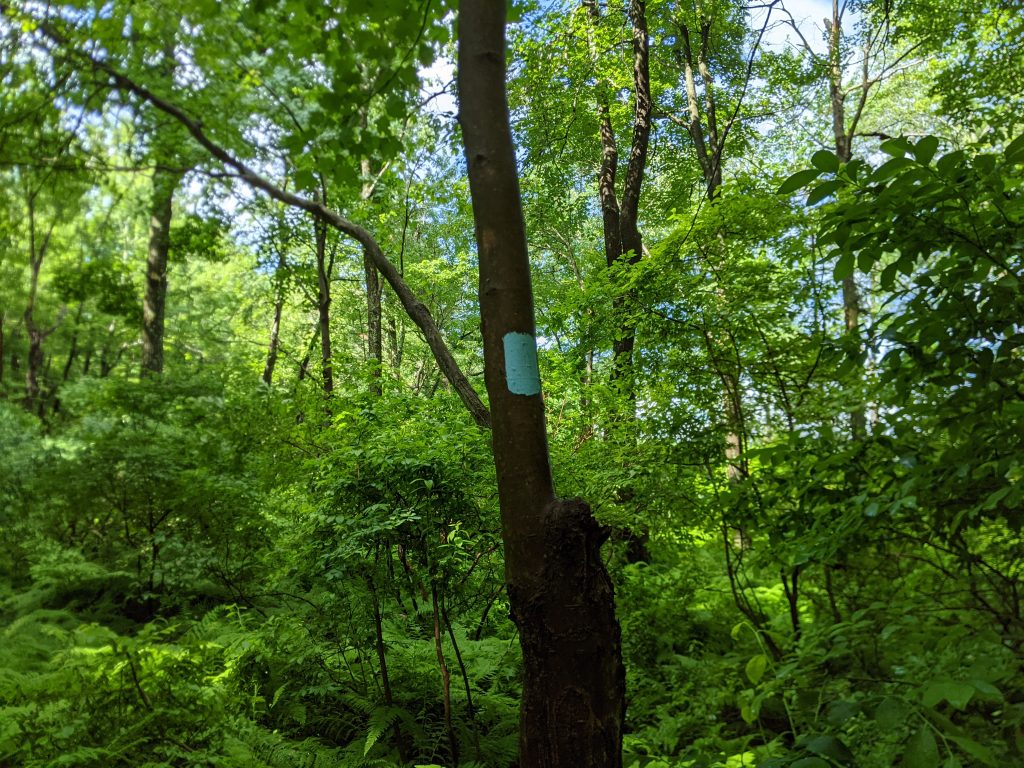 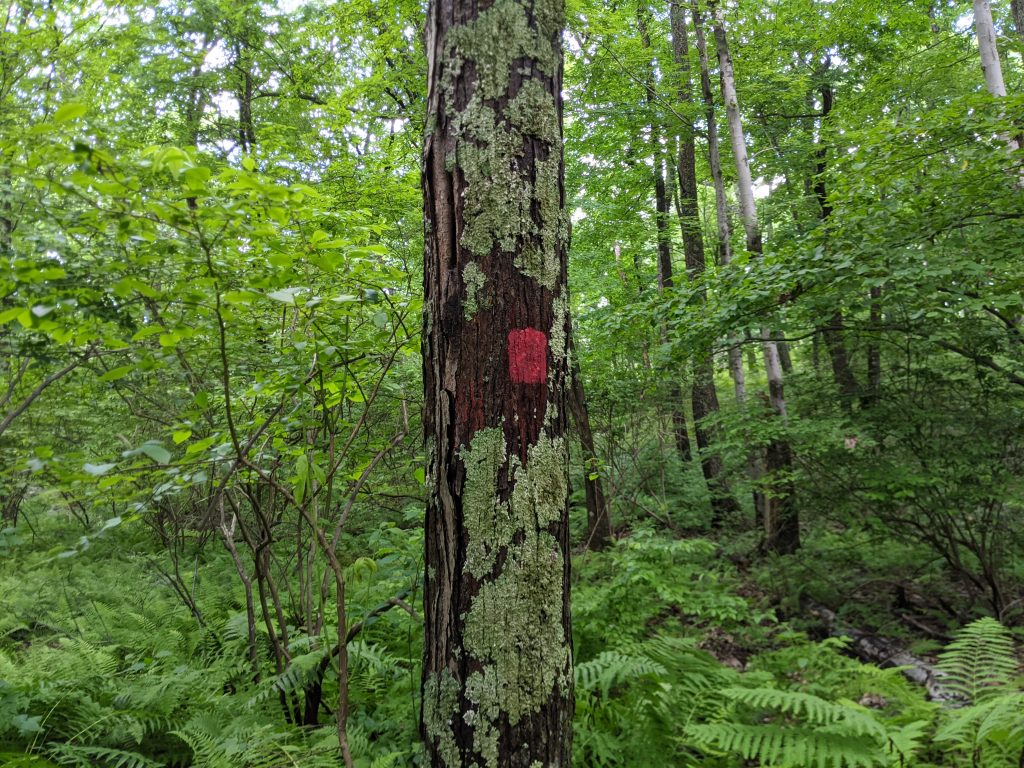 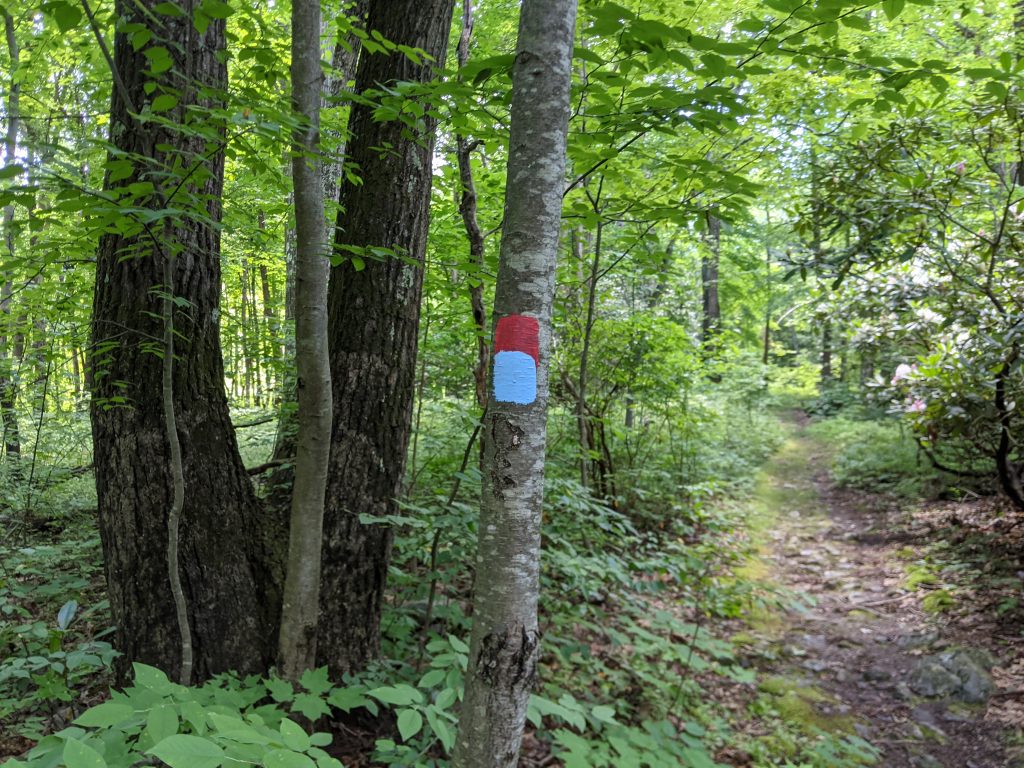 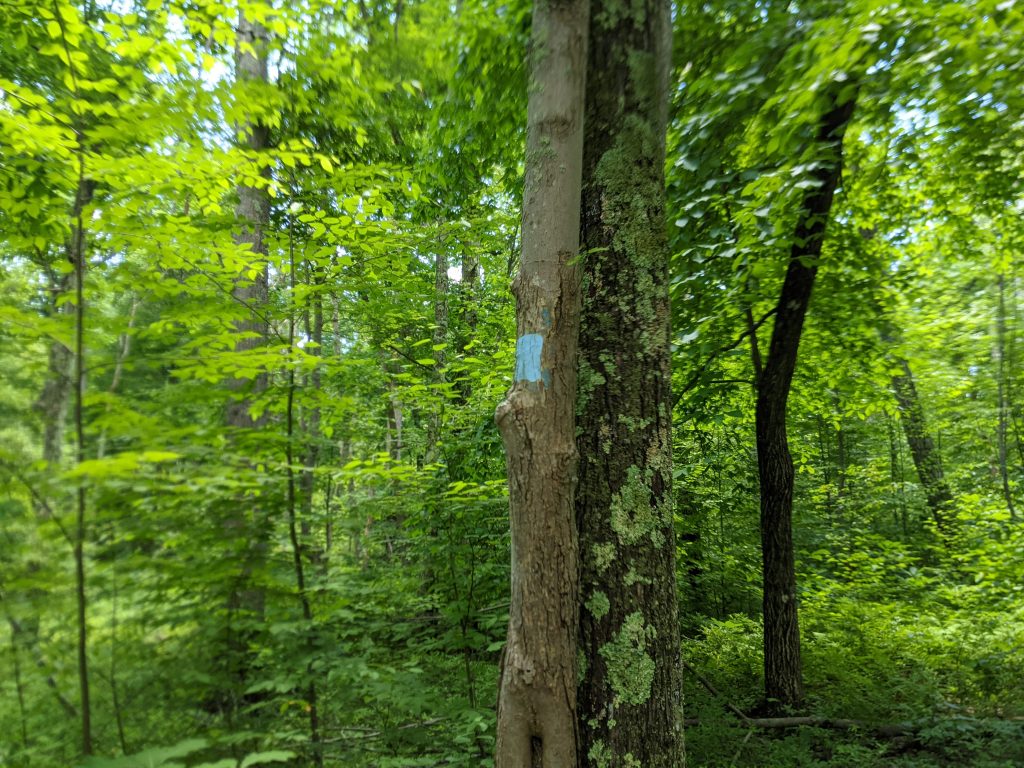