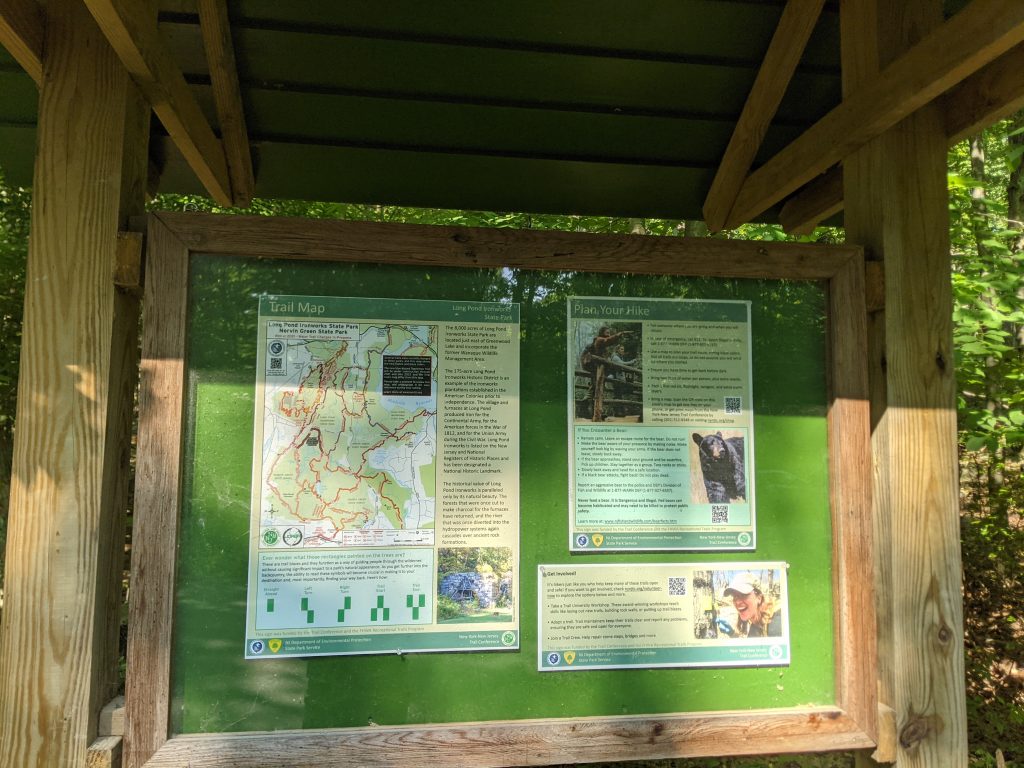 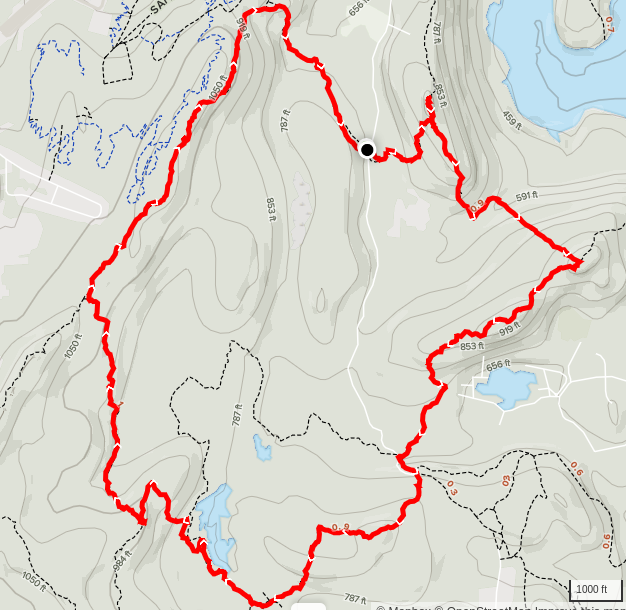 What a day.  Temperatures were in the low 80s with lots of sunshine.  I had been to Norvin Green State Forest before, but I hiked the southern trails.  And, I had (unknowingly) been to Long Pond Ironworks State Park before when I hiked the Stonetown Circular trail.  I ended up hiking a little over a mile on the Stonetown Circular trail today and it was nice to see a familiar section of the trail.

Of note, there are not as many pictures as normal.  I had read that this hike would be one of solitude, except around Lake Sonoma.  However, when I reached the pull-out parking lot, it was already packed.  Luckily, I found a space.  But I would soon learn that a large group was meeting up for a hike.  And they were loud, and not making any effort to hide that fact.  I took off and hoped they would stay behind.  However, they caught me at the top of Mount Harrison.  They took a break, as their drill sergeant really pushed them up to the top.  I took off, and thought I heard them once more, but never saw them again. 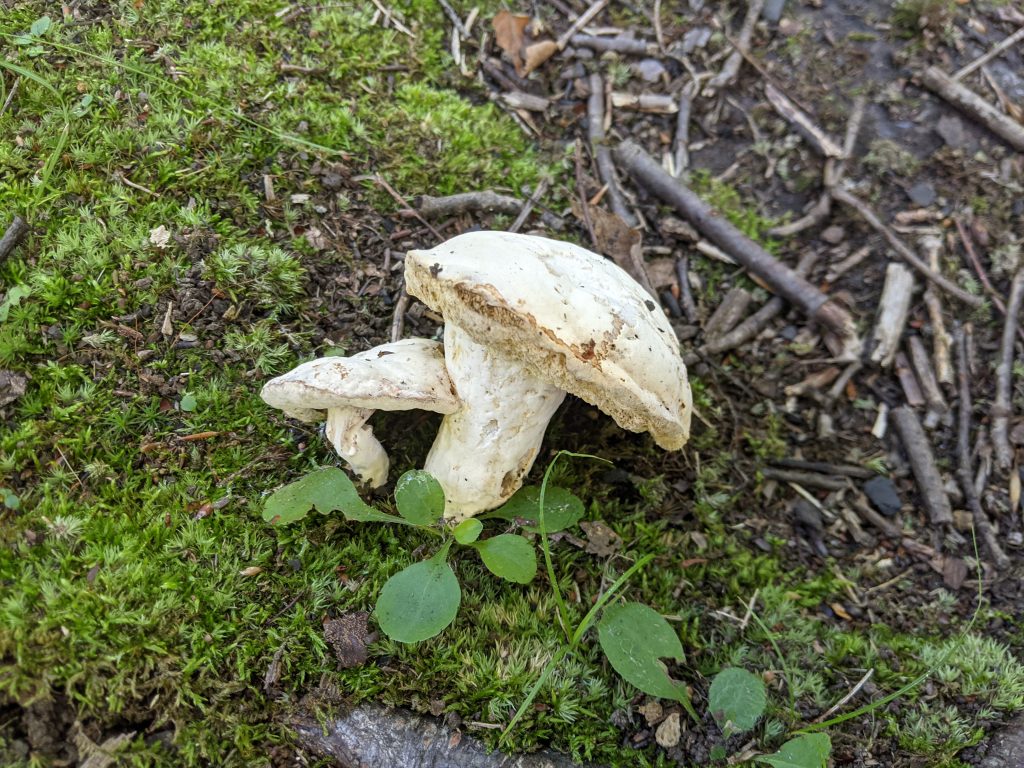 From where I parked I took Burnt Meadow up to Horse Pond Mountain.  Horse Pond Mountain has been on my list a while so it was good to find a good route to get here.  I had heard the views of Monksville Reservoir were impressive, and they were; however, there was lots of foliage And I couldn’t see as much as I would have liked. 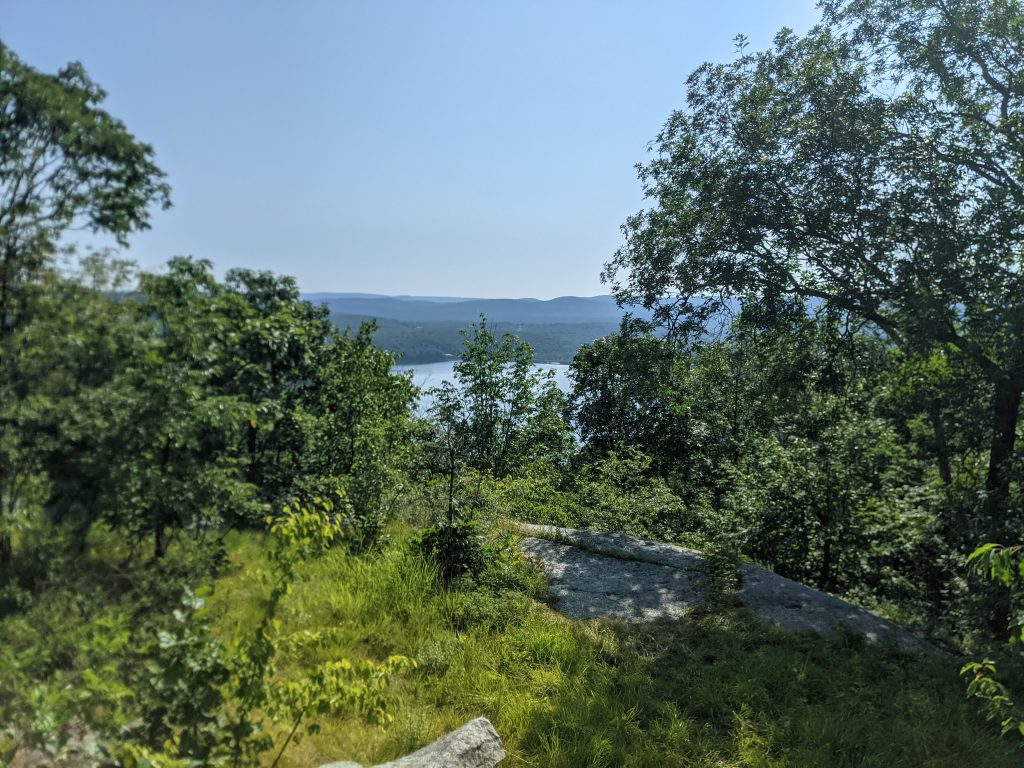 From there, it was south on the Highlands trail. 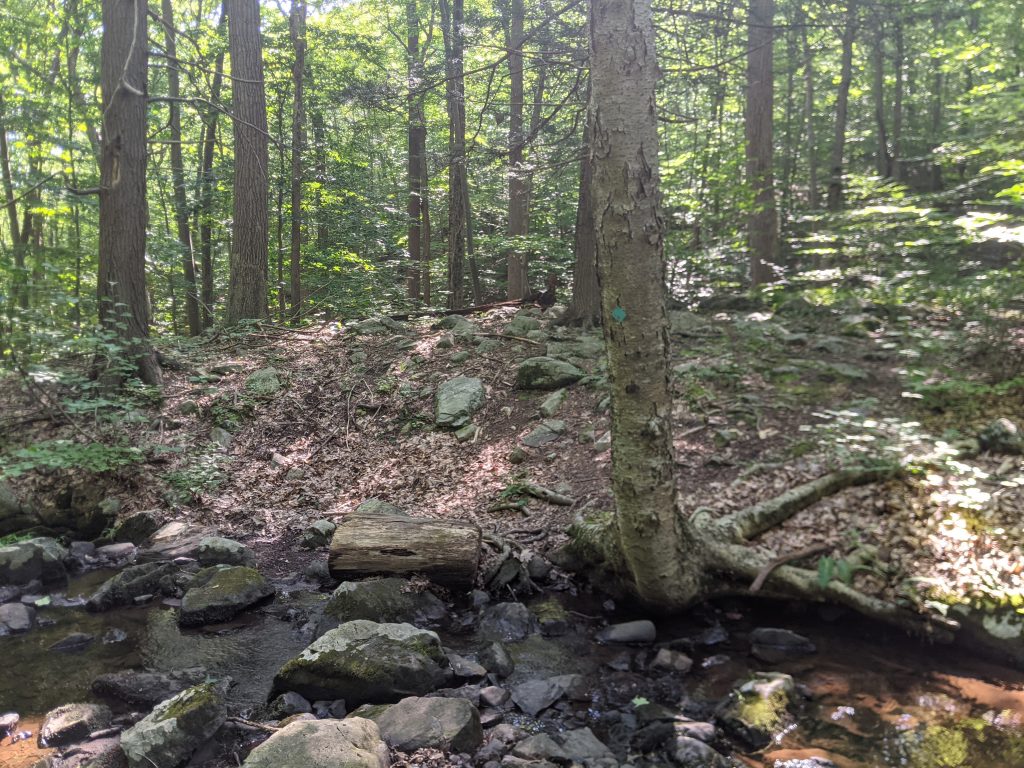 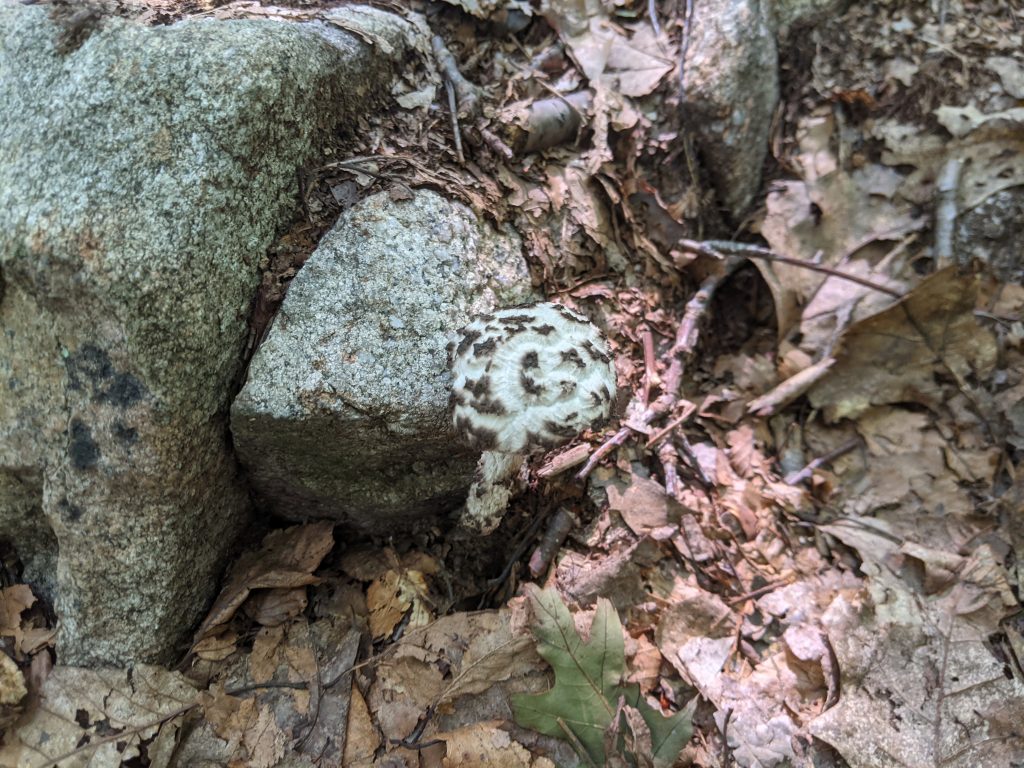 The Highlands Trail goes straight up Mount Harrison, no switchbacks, no real curves; just straight up hill.  I remembered when I hiked the Stonetown Circular trail that Mount Harrison would be the fifth peak you climbed.  And it was brutal.  It was no less brutal going up the Highlands trail.  I stopped for a good couple of minutes to get something to drink and cool down.  It was neat being in a familiar place and knowing this short section of the trail.

There were lots of mushrooms and fungus about.  I found it odd to find these Ghost Pipes in broad daylight. 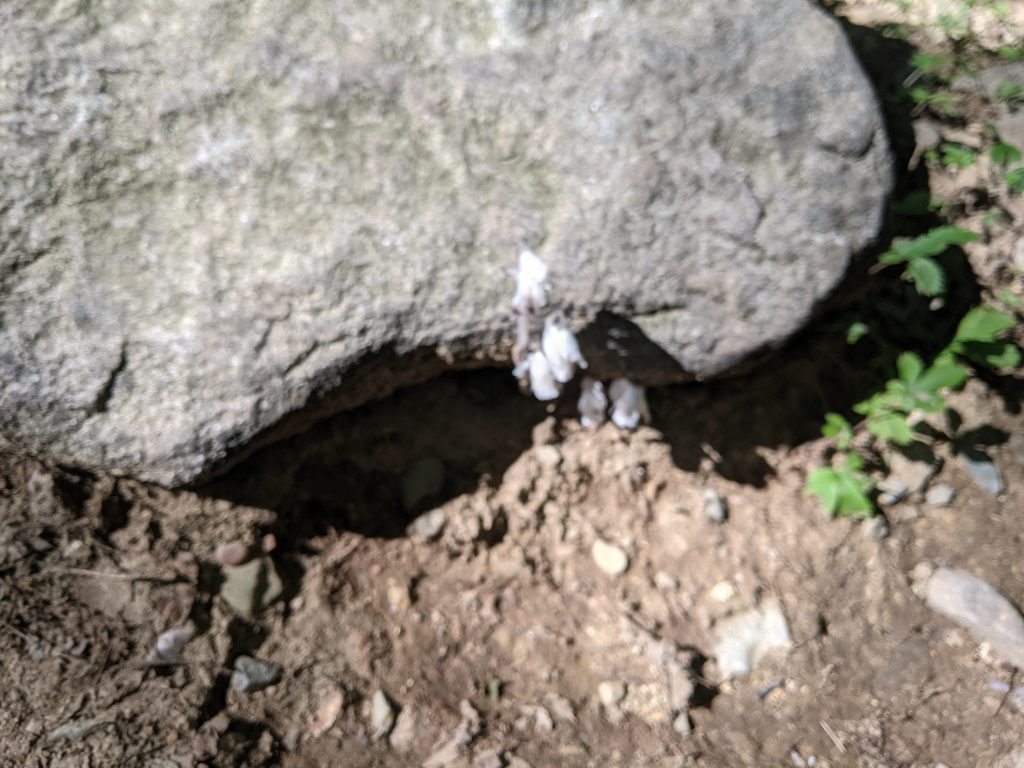 Not one, but TWO cars off the trail in Jersey.  Where else.  (Of course, I had seen both of these before.  Still.) 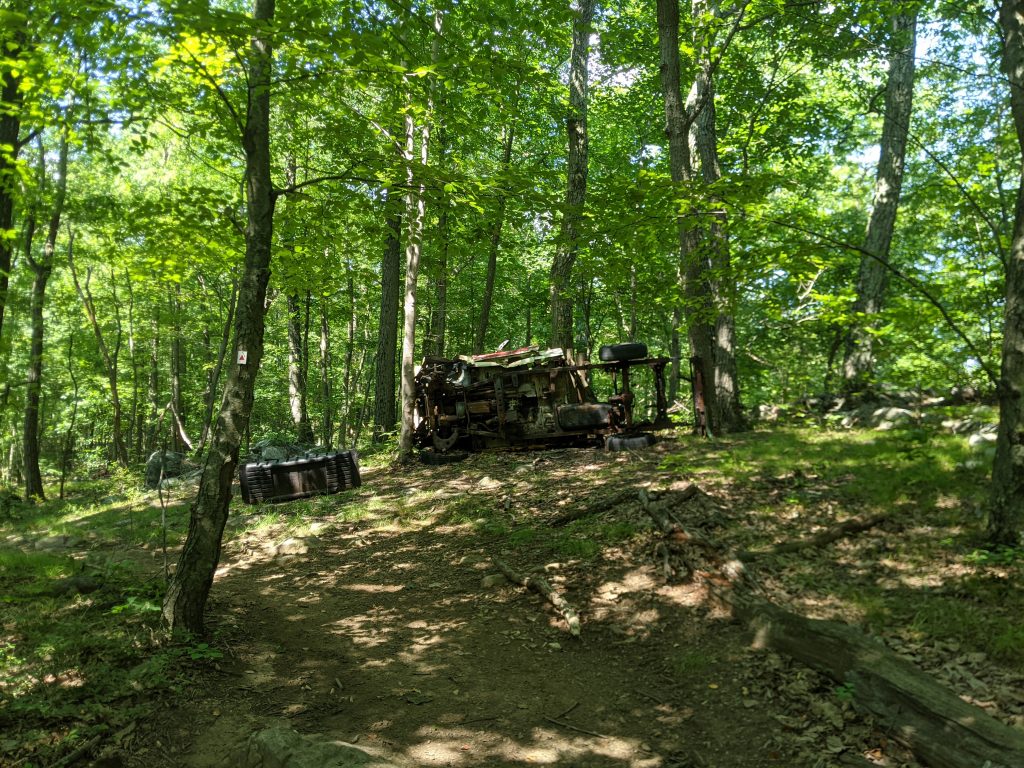 Just before meeting the Lake Sonoma trail, I went through a small wetlands and almost stepped on this guy. 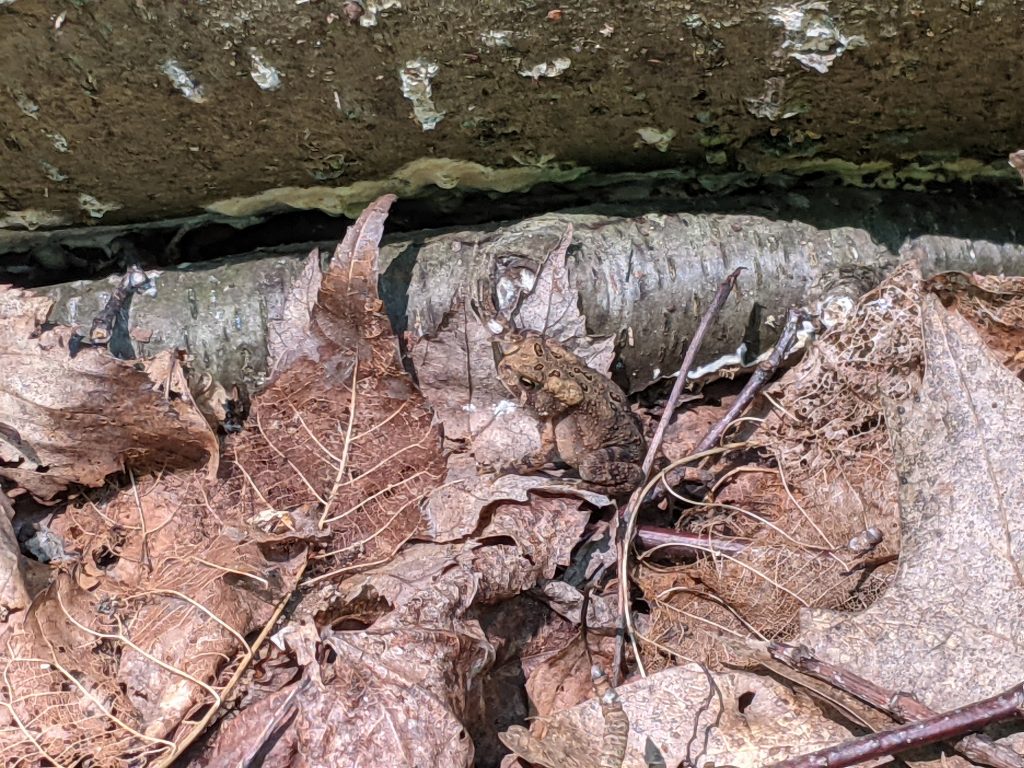 The Lake Sonoma trail headed over a large hill.  There were portions of the trail where I got the distinct feeling I was the first person on the trail in weeks.  A couple of times the trail just disappeared.  Excuse my finger in this picture.

I just kept walking towards blazes, and it all seemed to work out.  This happened a couple of times, and I thought I would be covered with ticks. (Spoiler, I wasn’t.)  Most of the berries I saw were past their prime.

Eventually, I made my way to Lake Sonoma; where I thought I would run into more people as the lake is more easily accessible from a lot close by.  However, I didn’t see a sole. 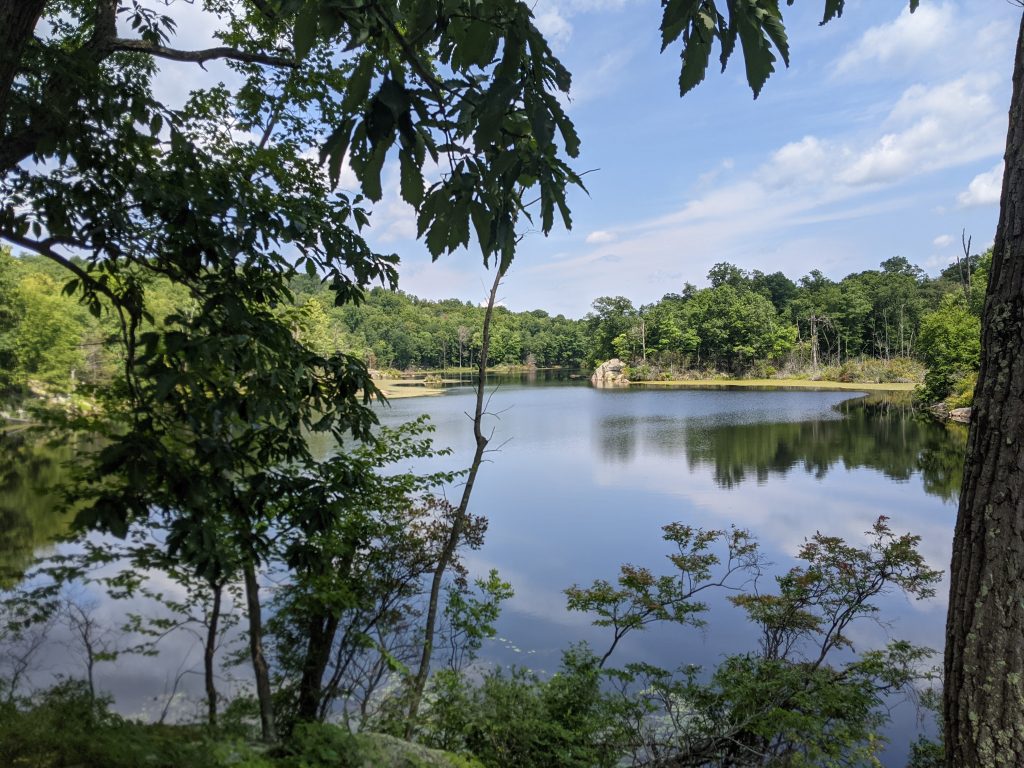 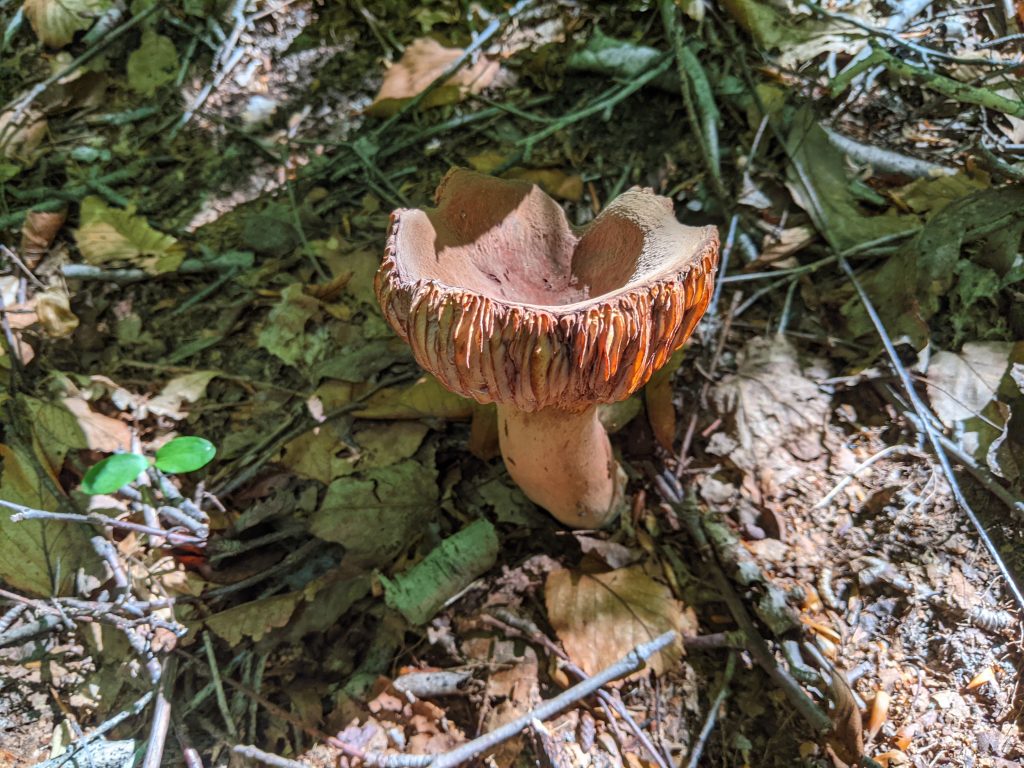 There was a nice breeze by the lake, so I hung around a bit.  After, it was up to Overlook Rock.  Where the Overlook Rock Trail is joined by the Manaticut Trail, you will come to a sizable rock in front of you, a little off trail.  Scramble up, it’s only about four feet or so…but then you will have a huge view.  The rock drops down quite a bit and is really quite big – but you don’t see that from the trail.  Lunch was served here. 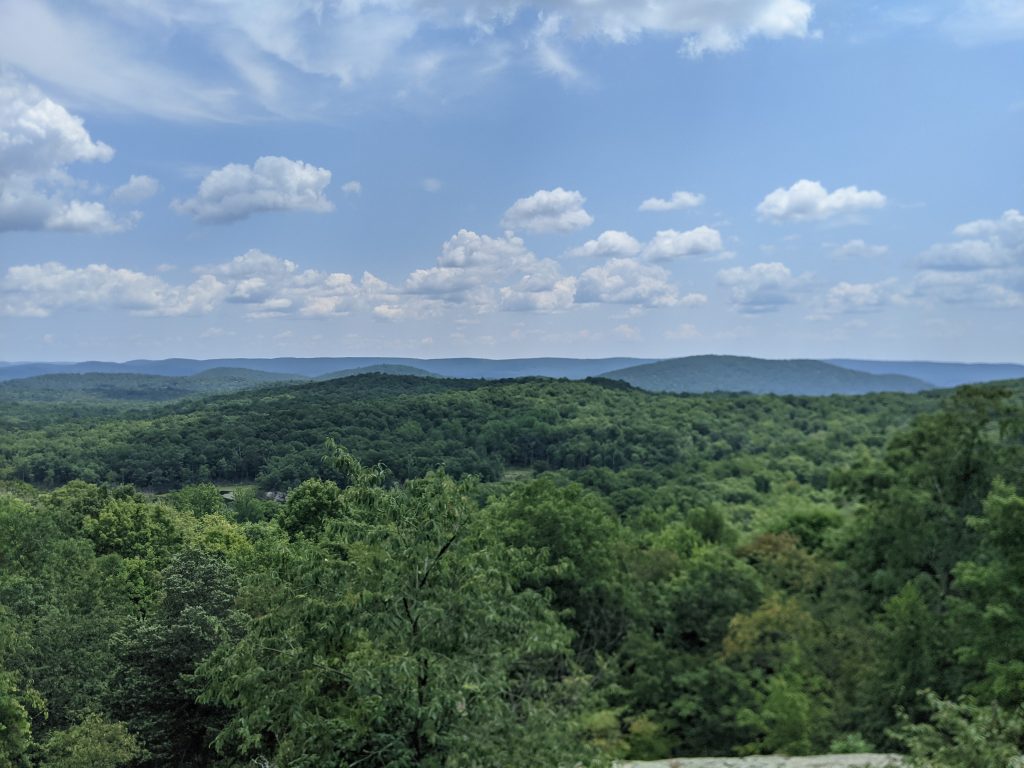 After lunch, it was north on the Overlook Rock and Tapawingo trail.  A word of caution here….there were spiderwebs EVERYWHERE.  I can’t tell you how many times I walked through them.  Fortunately, a park ranger got one of my attempts on camera.

No, I didn’t actually run into the spike trap, but I could have. 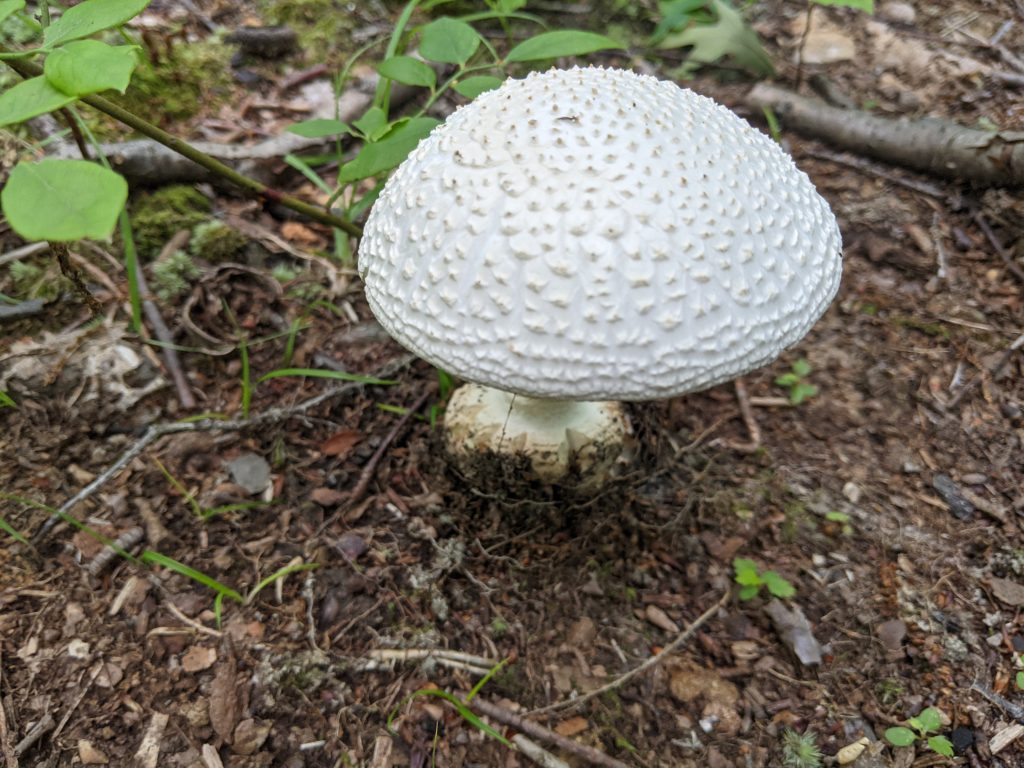 One complaint I had is that the Tapawingo trail isn’t the best marked in this section.  I know that the NY NJ Trail Conference is building some trails and re-blazing others.  But there are a couple of spots that are downright confusing.  There are significant blow downs in the area, and one or two areas that are vastly overgrown.  More than once I needed to pull out GPS.

Just before merging with Burnt Meadow (which led to the car) there was a large rock that the trail paralleled and eventually climbed up onto – with very nice views for the short walk. 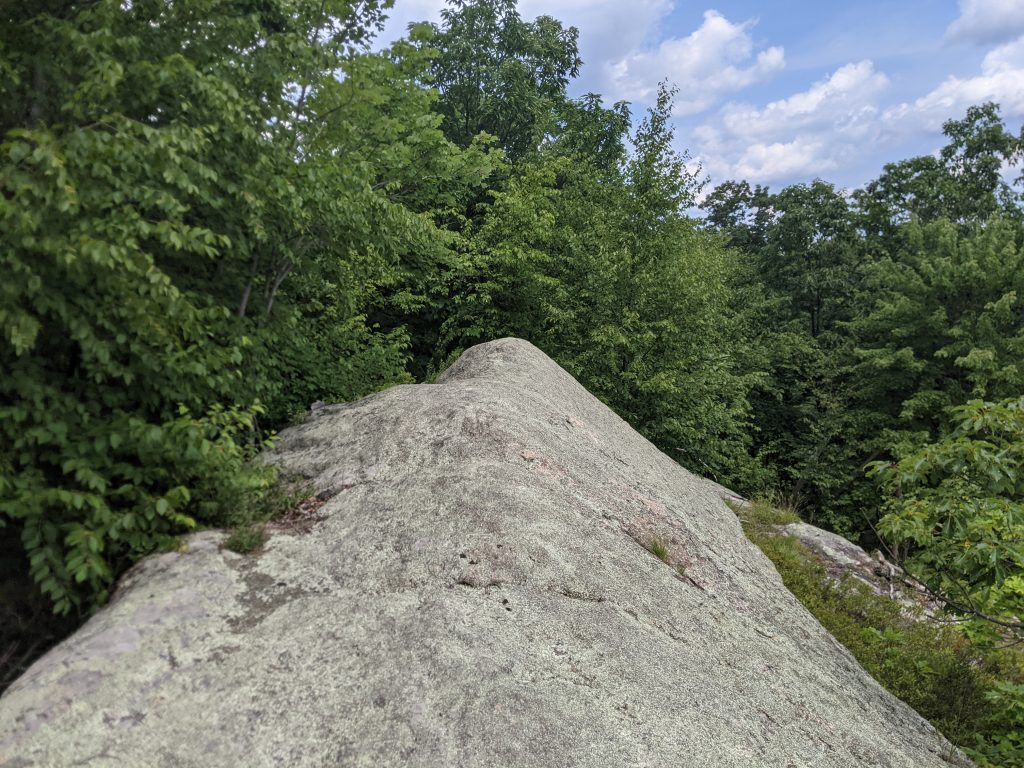 After finishing the hike I stopped at the Long Pond Ironworks State Park Museum which is run by the Friends of Long Pond Ironworks.  Secretly, I was hoping they had vending machine to get something to drink.  They didn’t.  But the museum is neat and I definitely learned something about the area, the history, and certainly who many of the trails were named after.

I hope to come back and see the more historical side to Long Pond Ironworks State Park.

Ticks: 0 (And I’m still shocked by that) 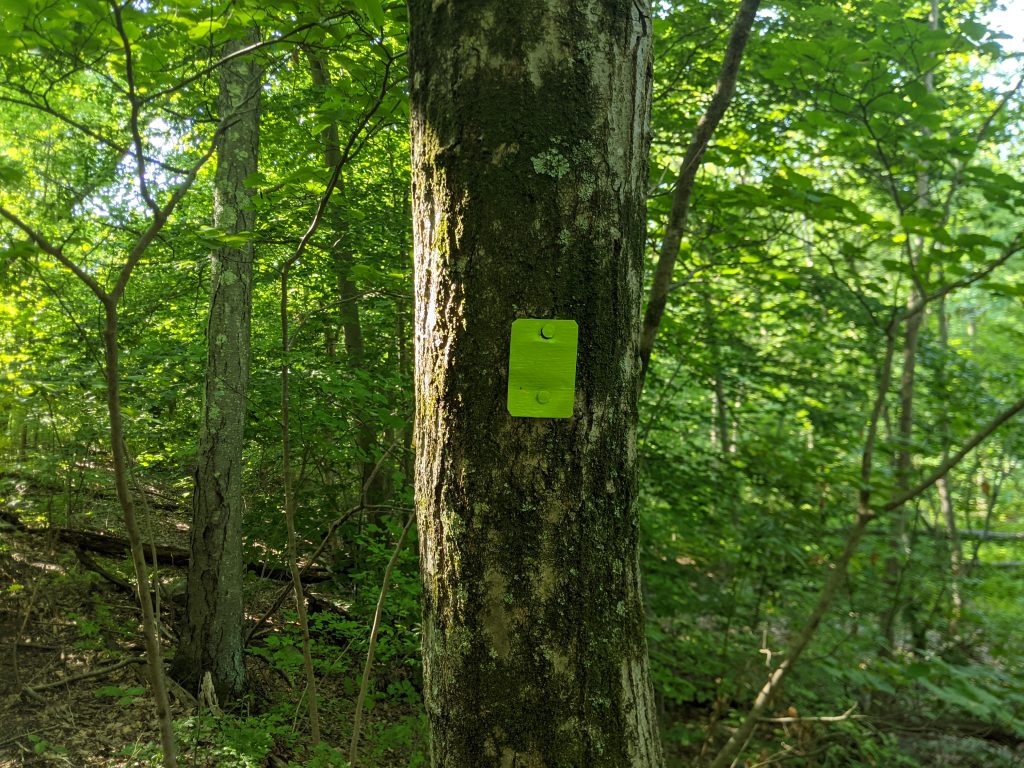 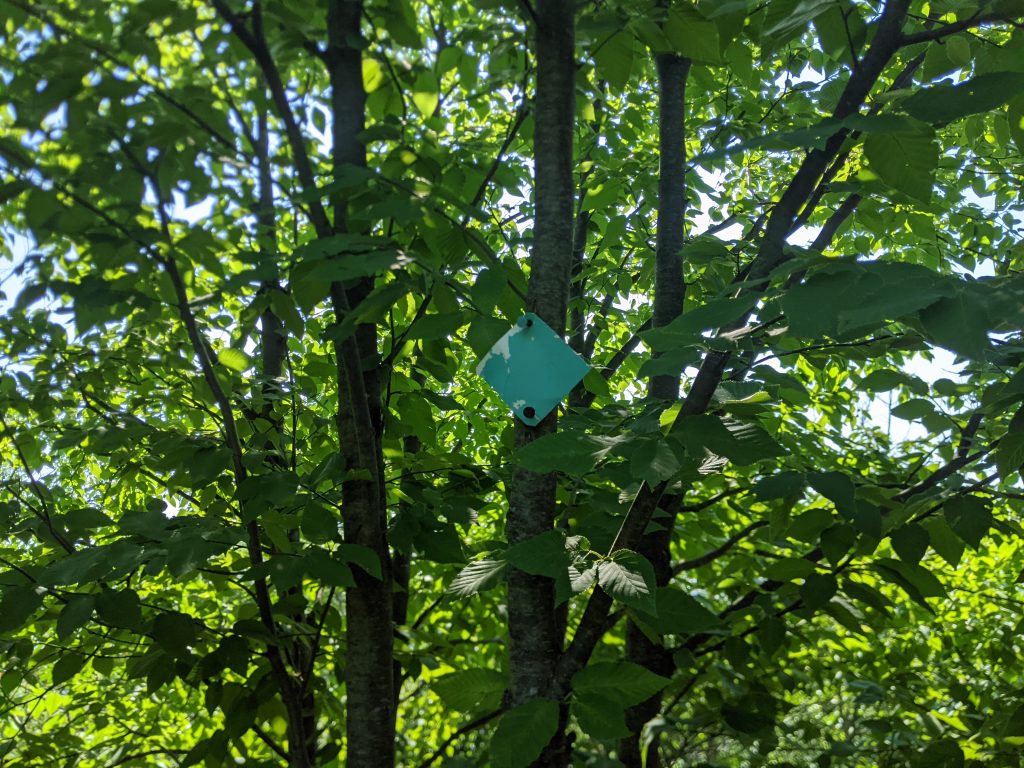 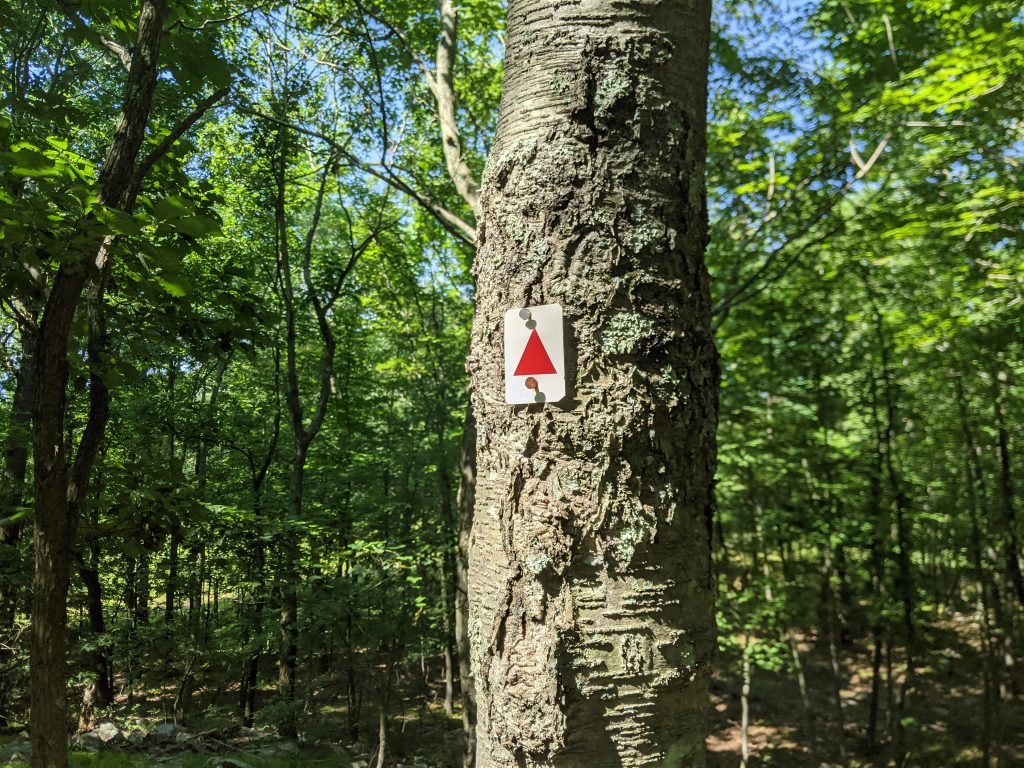 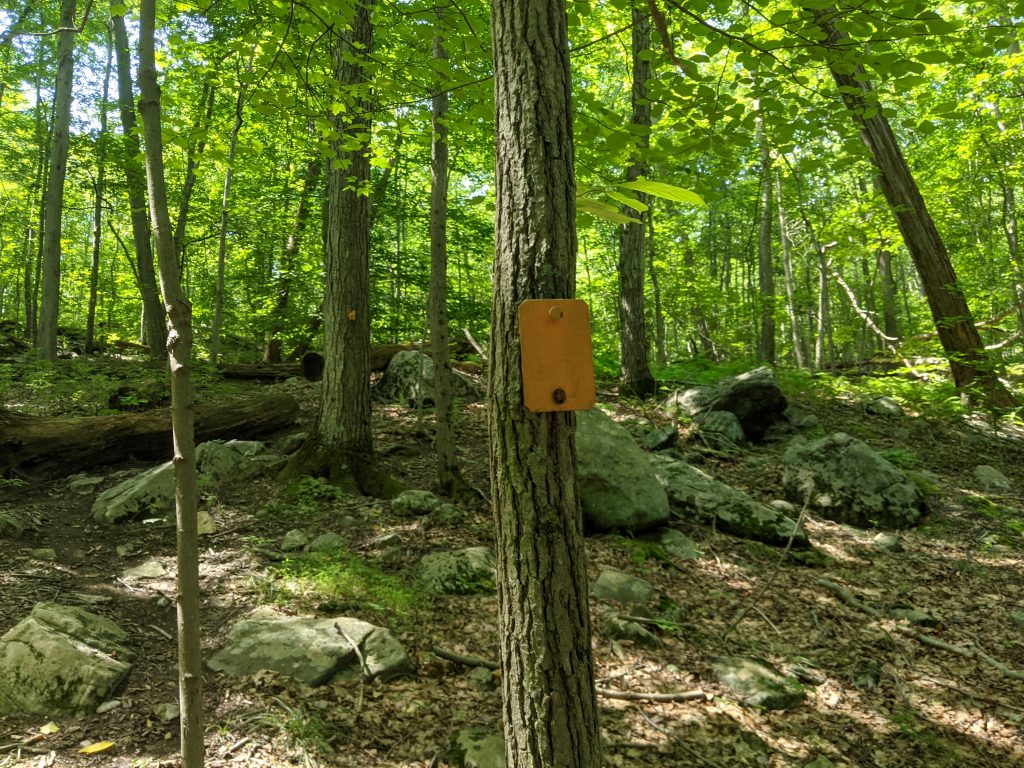 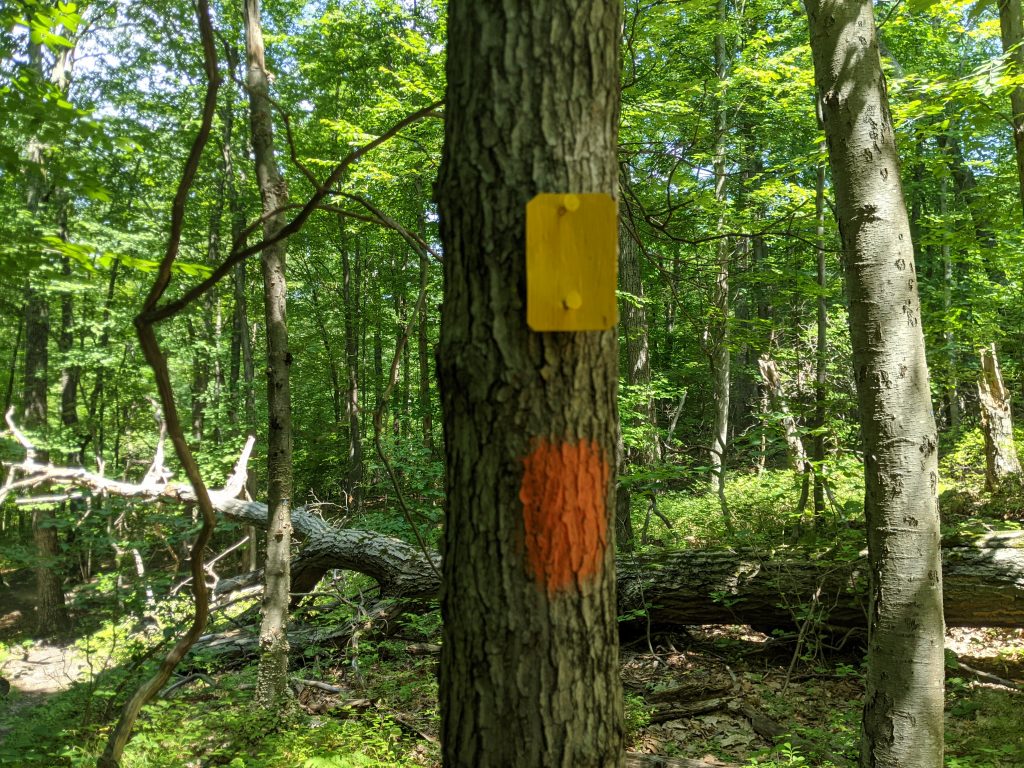 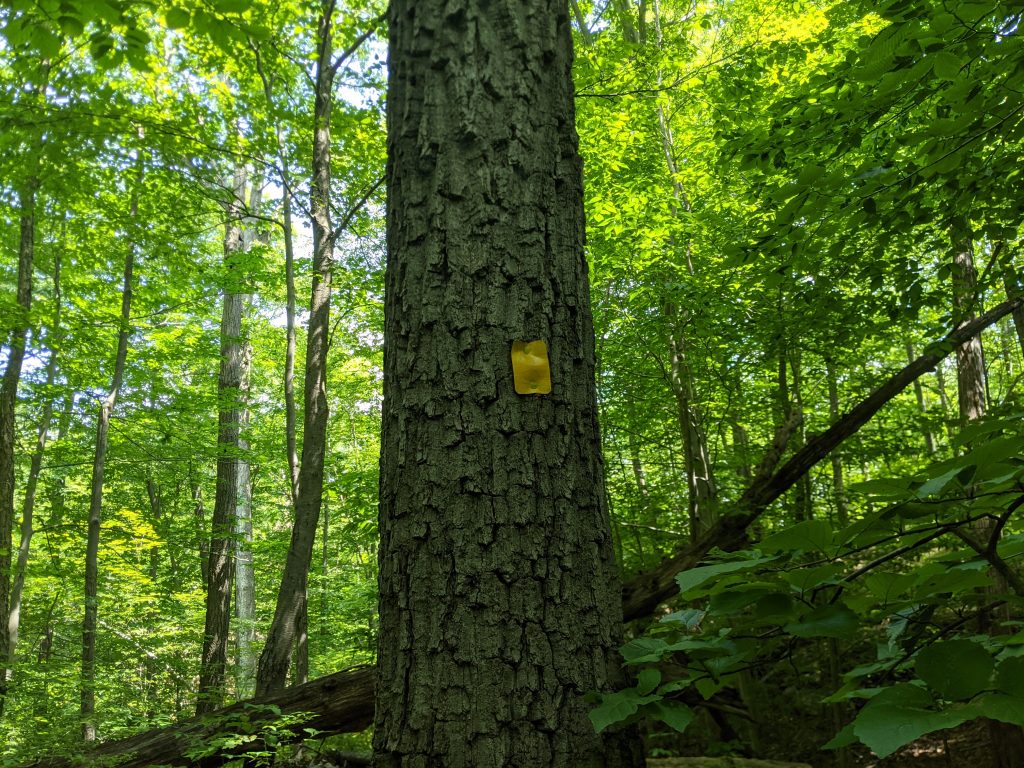 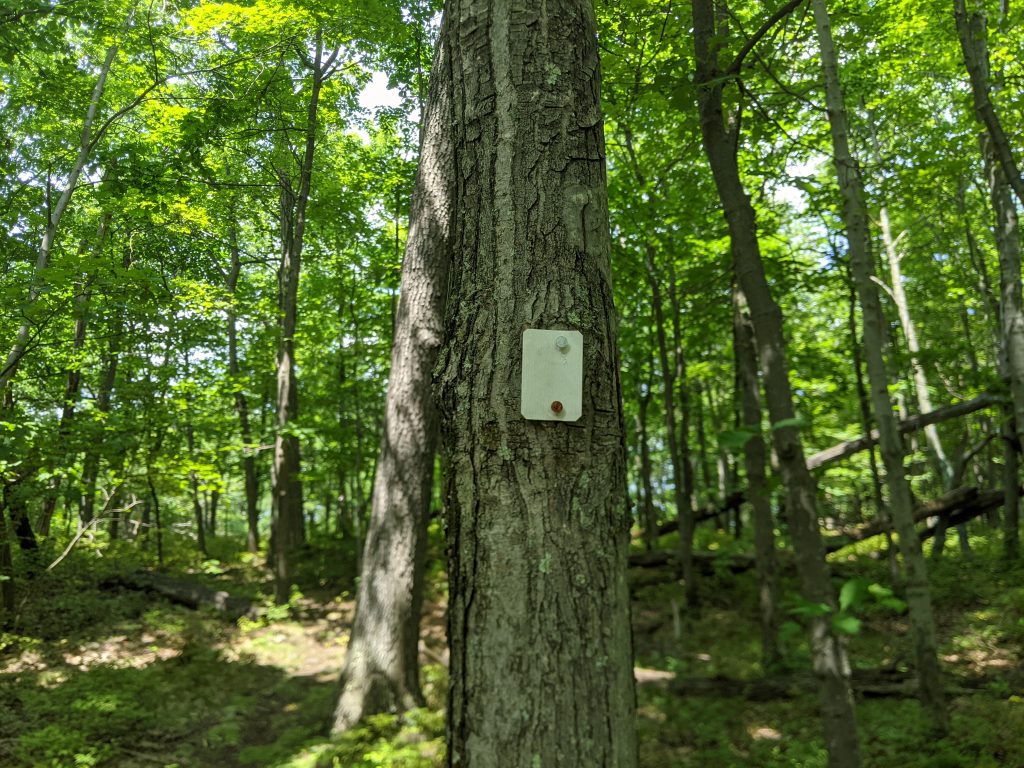 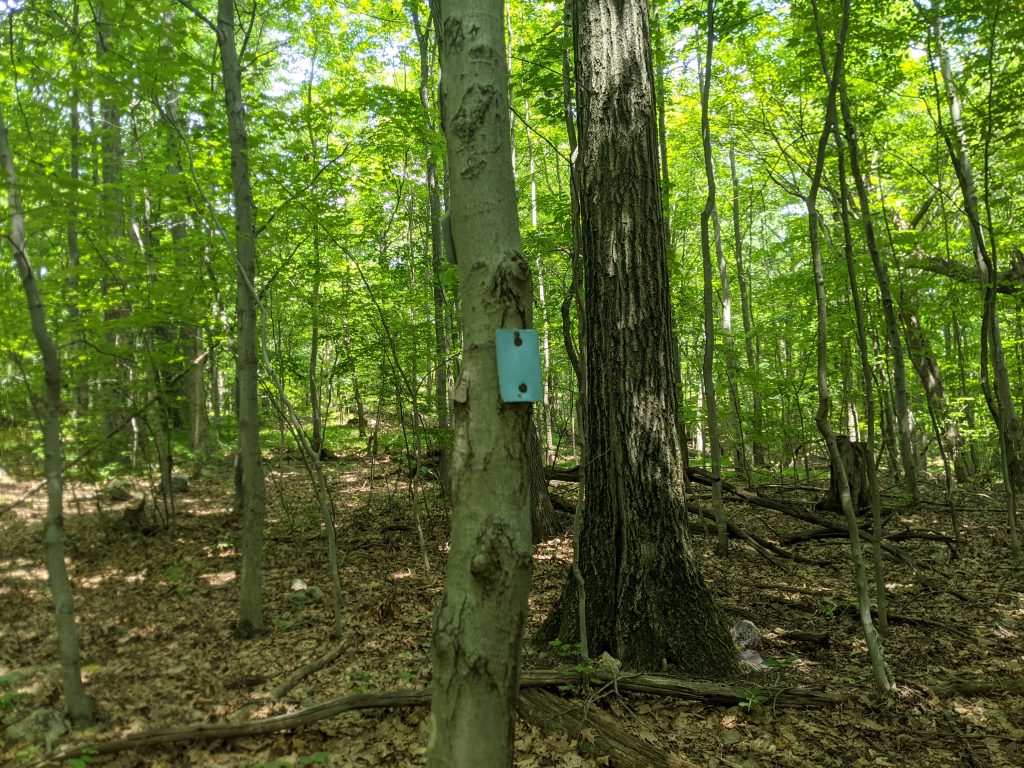