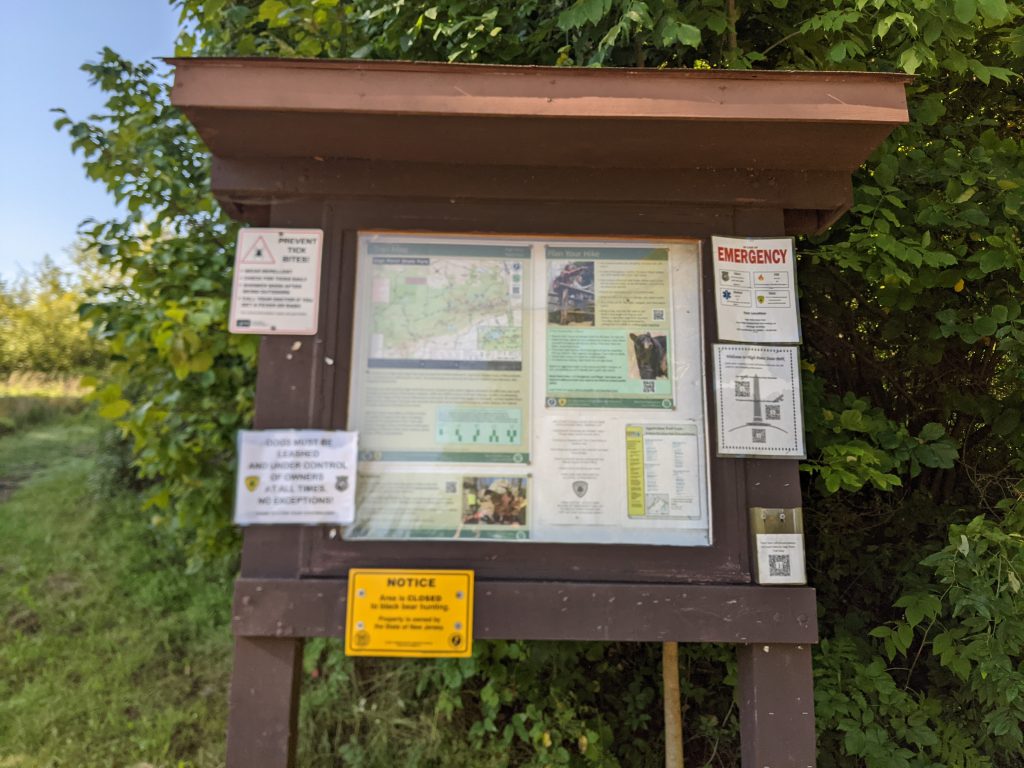 Trails:  Appalachian (white), Iris (red dot), connectors (2) both blue (one to the shelter, and one an AT connector) 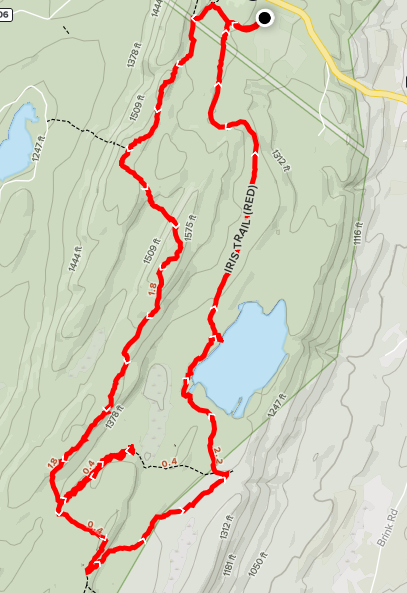 Looking back at previous posts it has been almost exactly a month since the last time I was on the trails.  It has been too long.  And life certainly has gotten in the way.  Initially, I thought I would be walking, enjoying the outdoors, unwinding and not taking many pictures.  However, the day was just perfect: 60 degrees at the trail head, bright blue skies, and almost no humidity.  It was the first time all summer that I left a trail without being absolutely soaked.

One note on today’s hike.  The remnants of Hurricane Ida passed through on Wednesday and I wasn’t thinking.  While the trails were relatively dry, all creeks became streams, and streams became torrents.  There was still runoff.  And while there were not many blowdowns, there were plenty of branches down. 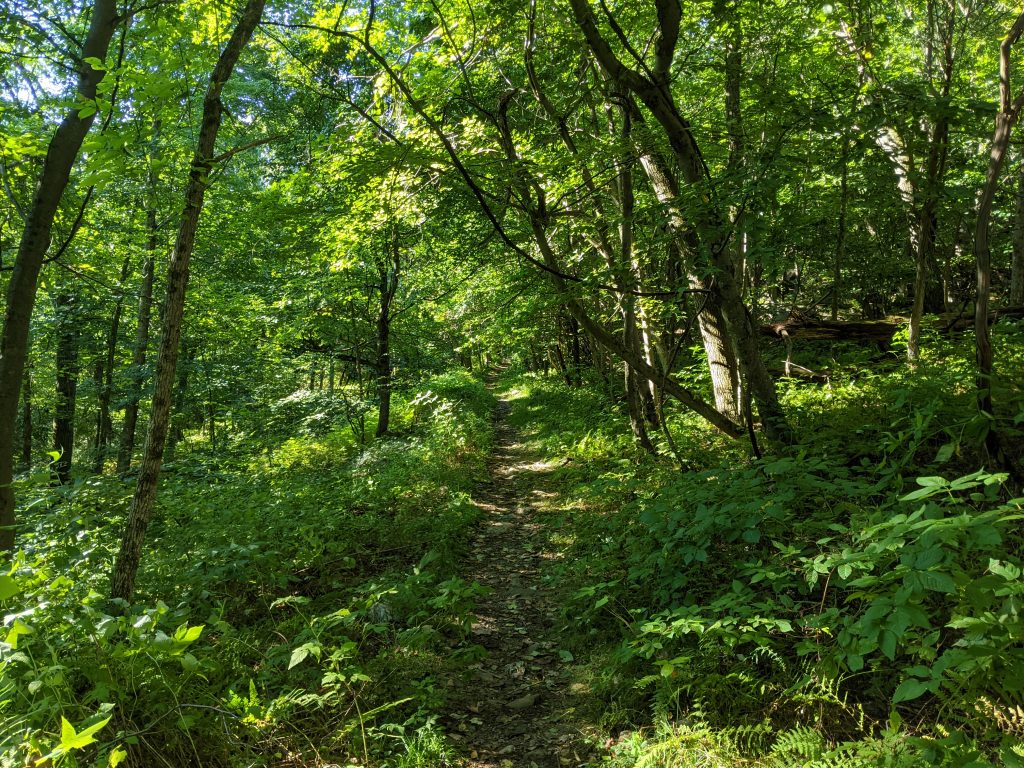 The Appalachian trail portion of the hike took place almost exclusively on the Kittatiny ridge.  After scrambling up there is a nice viewpoint, though partially obscured due to the summer leaves. 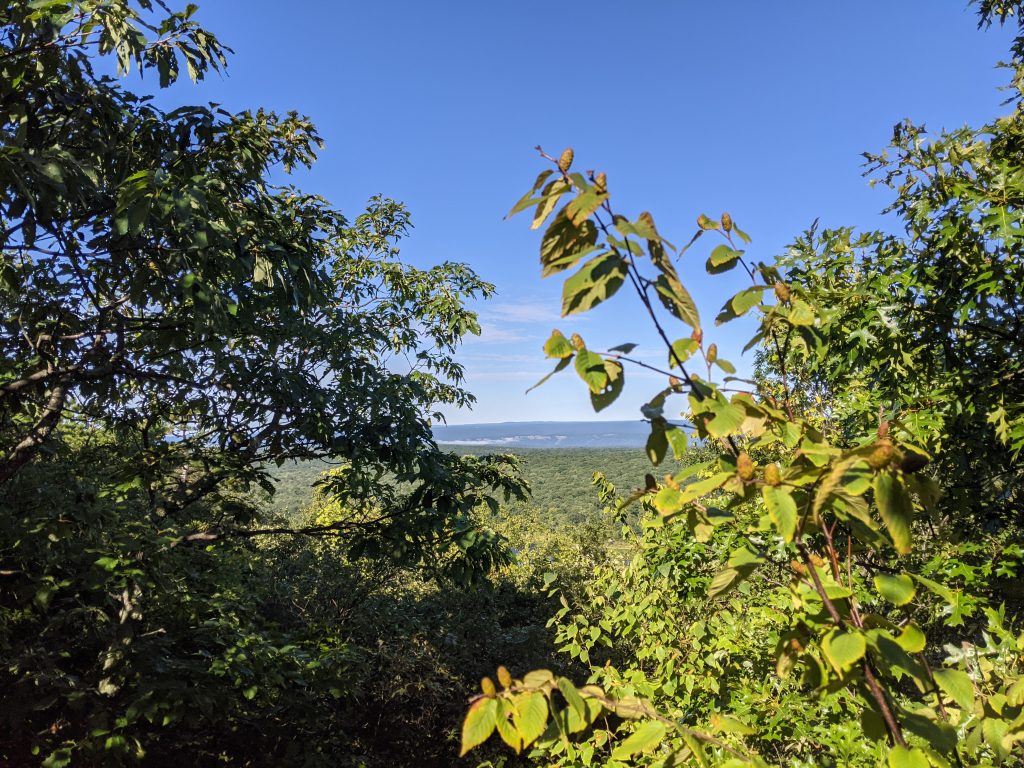 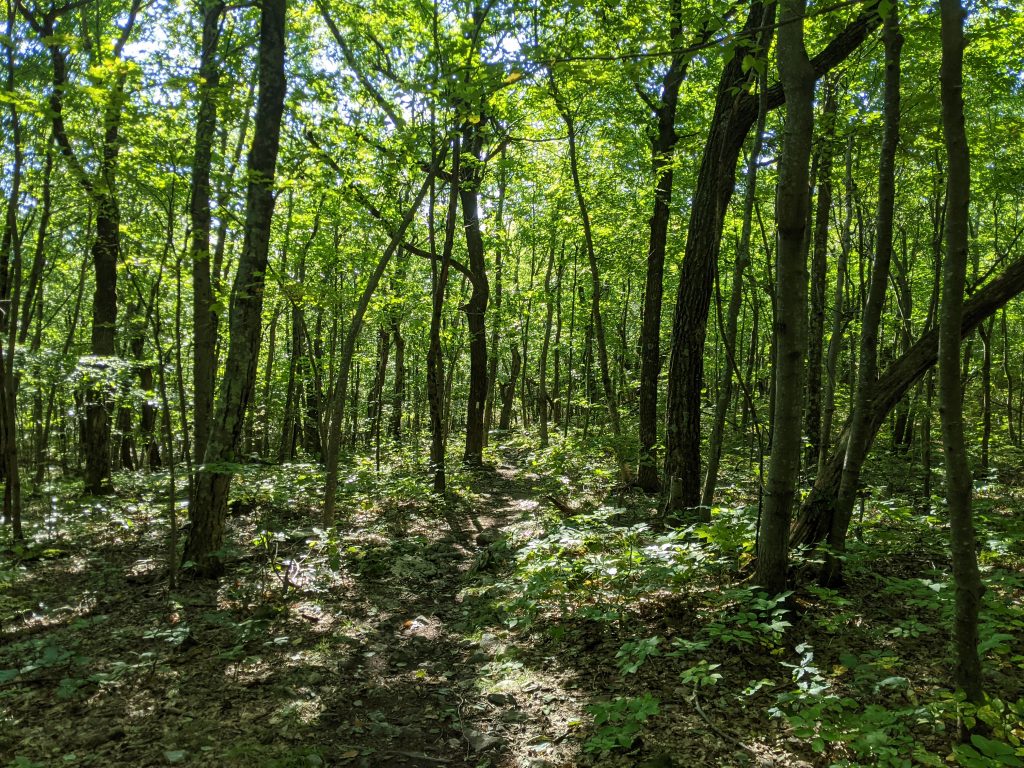 I really like the Appalachian trail…once you get a mile or so in, there’s almost no one.  I didn’t see any through-hikers today.  However, there’s only one way to describe the trail itself (as it pertains to New Jersey):

After a couple of short miles on the ridge I came to Dutch Shoe Rock, which has two viewpoints to check out.  Unfortunately, it was much too early to eat by the time I reached the overlook. 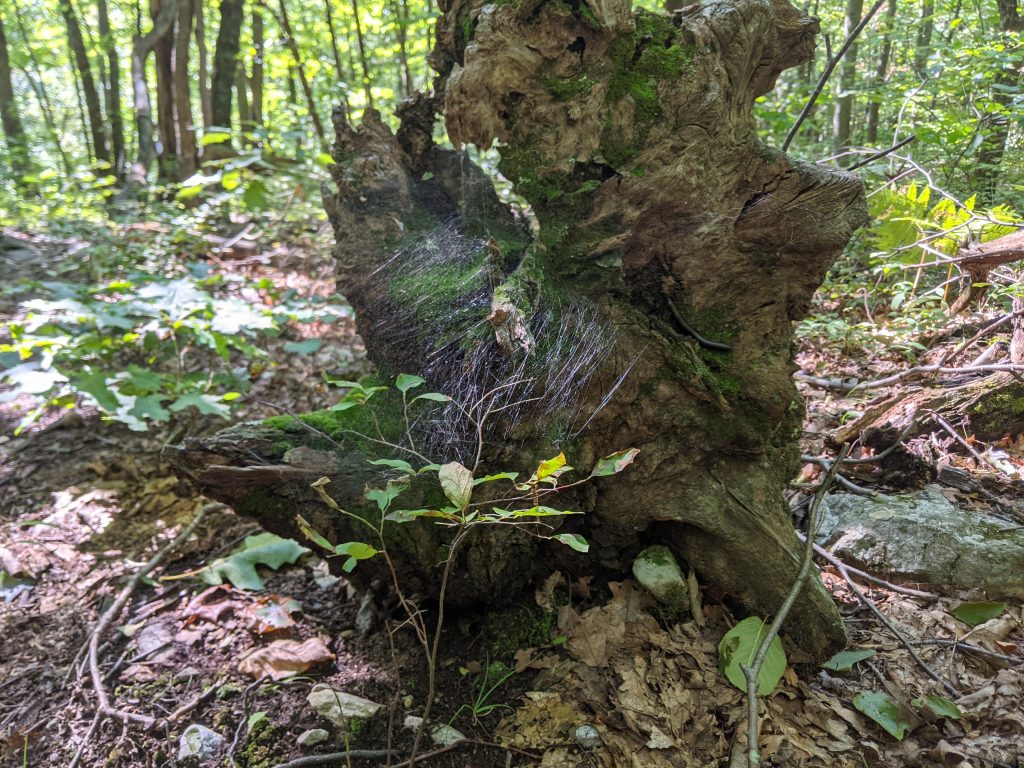 Back on the ridge, it was off to the junction with the Iris trail, which would take me back to the car and complete the loop.  On the way, I found: 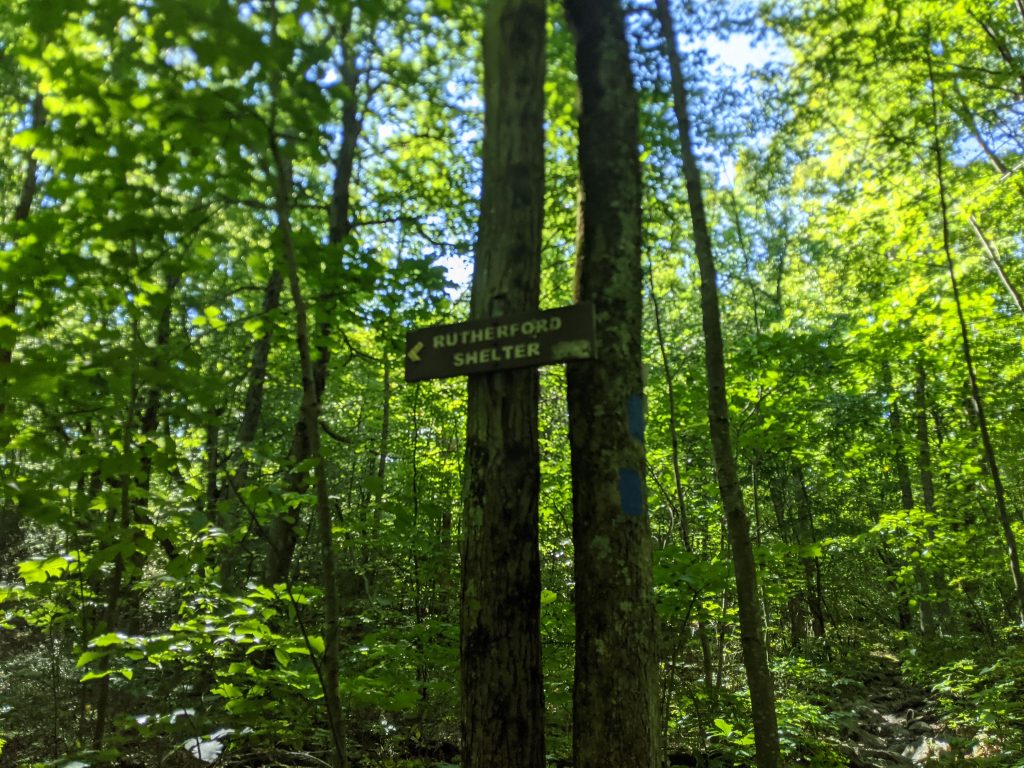 Challenge accepted.  After consulting the map, it would be only .4 miles to the shelter.  There are a couple of water crossings that under normal circumstances would be pretty easy with many exposed rocks.  Today, with all the water, they were a little trickier.

No one was here when I arrived.  It’s definitely a nice shelter, and would make a great spot for a backpacking trip.  Another time.

It was here that I helped out a fellow hiker who was a little lost.  He had been following me, and didn’t realize I was just checking out the shelter.  I’m not sure where he thought he was going.  I let him take a picture of my map and he was on his way – I didn’t see him again.

Back to the AT, it was a short distance to the junction of the Iris trail.  I really thought about extending the loop as both the Iris and the AT continue and I could have added about three miles to the loop.  But, remembering some of my past decisions, I decided to keep to my original plan – and turn left on the Iris.

What a pleasure.  Yes, most of it was downhill.  And, for the most part, it was much like a woods road.  But the real reason this was so nice:

There were a couple of stream crossings, and with the water running the way it was, I took the bridges when possible. 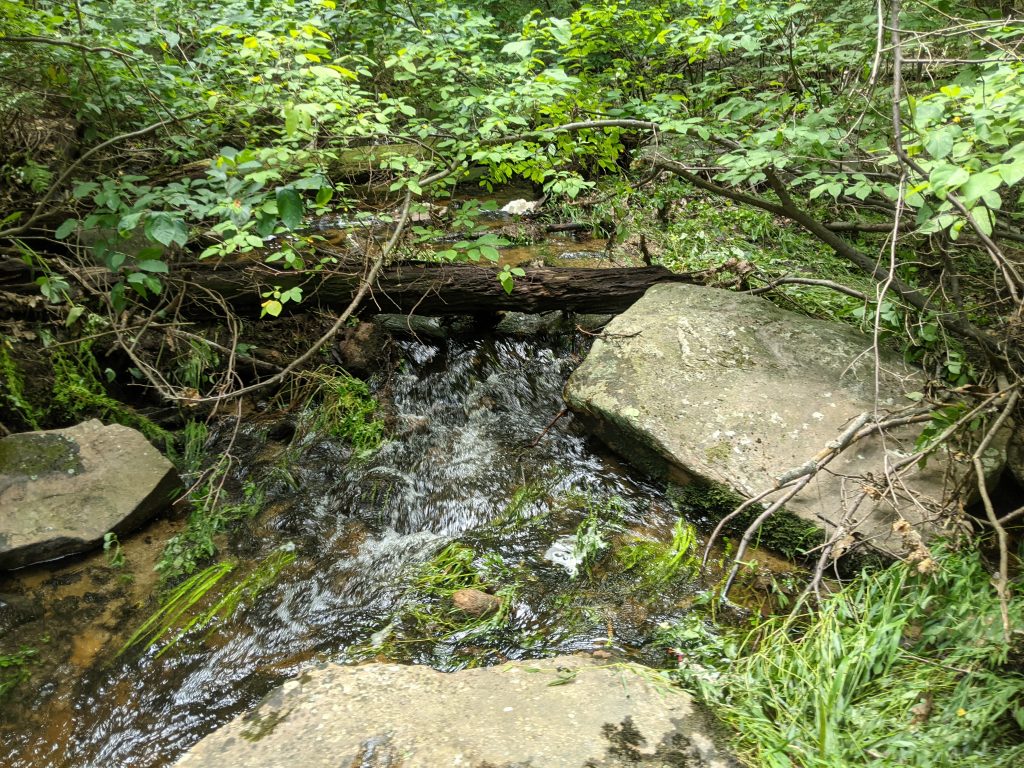 The Iris trail headed around Lake Rutherford’s western edge and had a couple of viewpoints.  The first two I came to were on large rocks overlooking the lakes and if it were not for the trees with full canopies, I would have stopped to eat.  I was certainly hungry, but there wasn’t much of a view.  A little longer on the Iris trail a small unmarked spur trail appeared on the right.  It dropped down about fifty feet or so, and landed right at the lake shore; a perfect spot for lunch.  The water was clear, I could see fish and salamanders swimming about, and the breeze was right in my face. 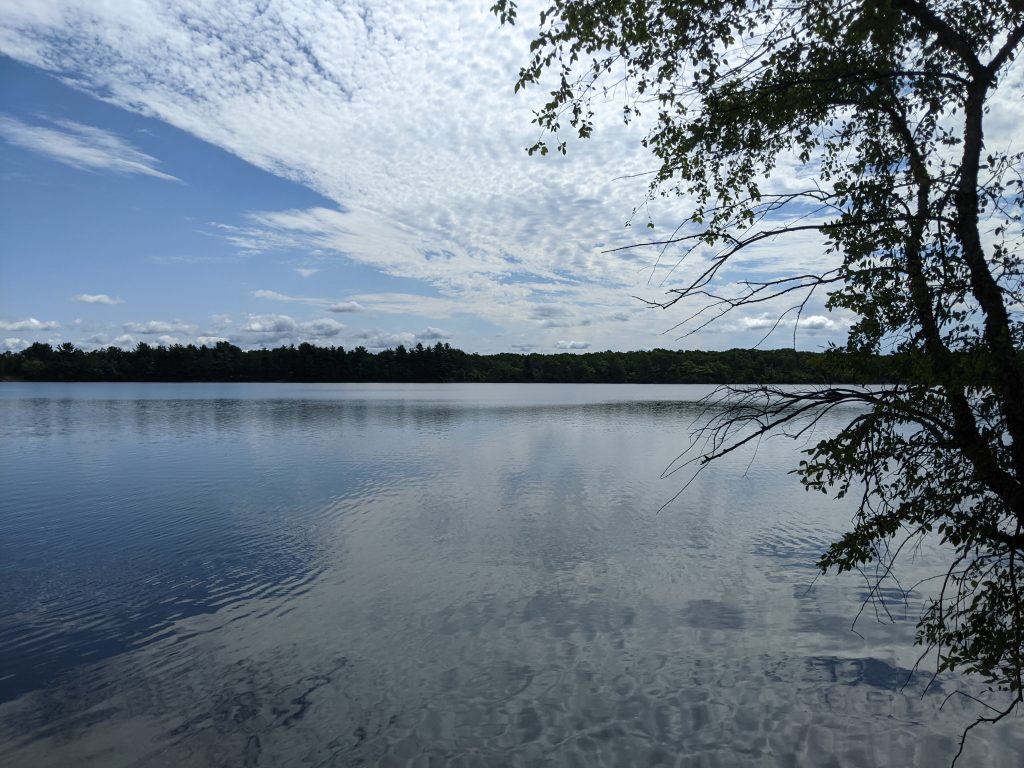 It would be a short walk to the parking lot from this spot.

High Point is a great place to hike, I’ve been here before.  It is one of my farther drives in NJ.  And, I would certainly consider coming back to camp at the shelter. 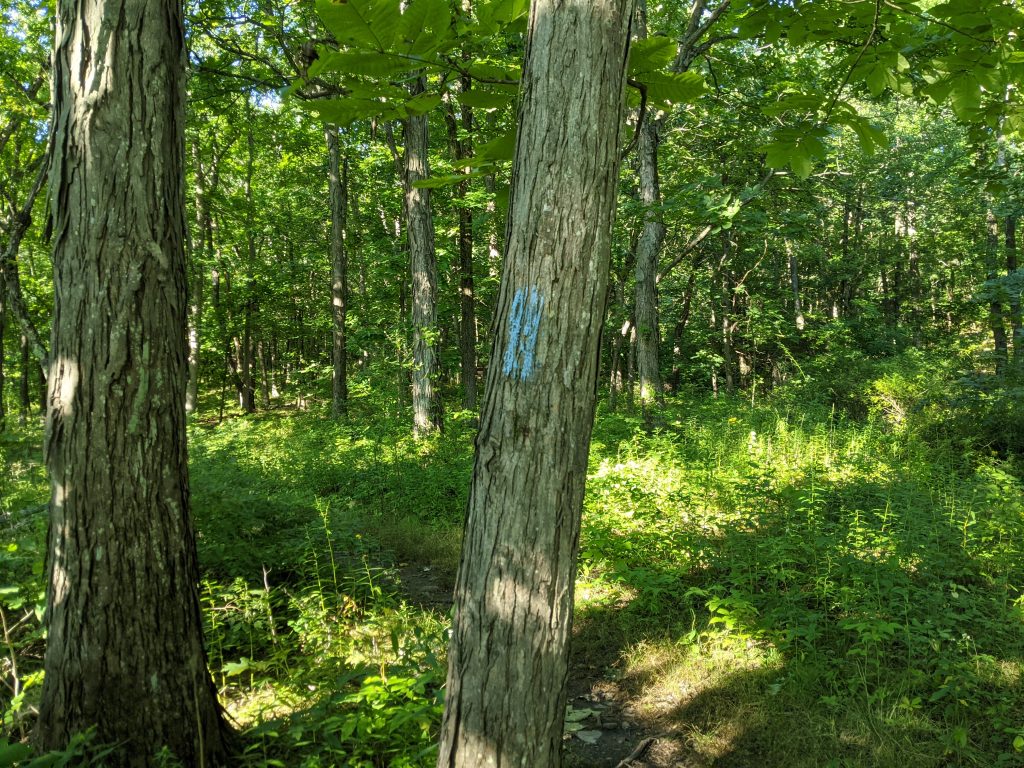 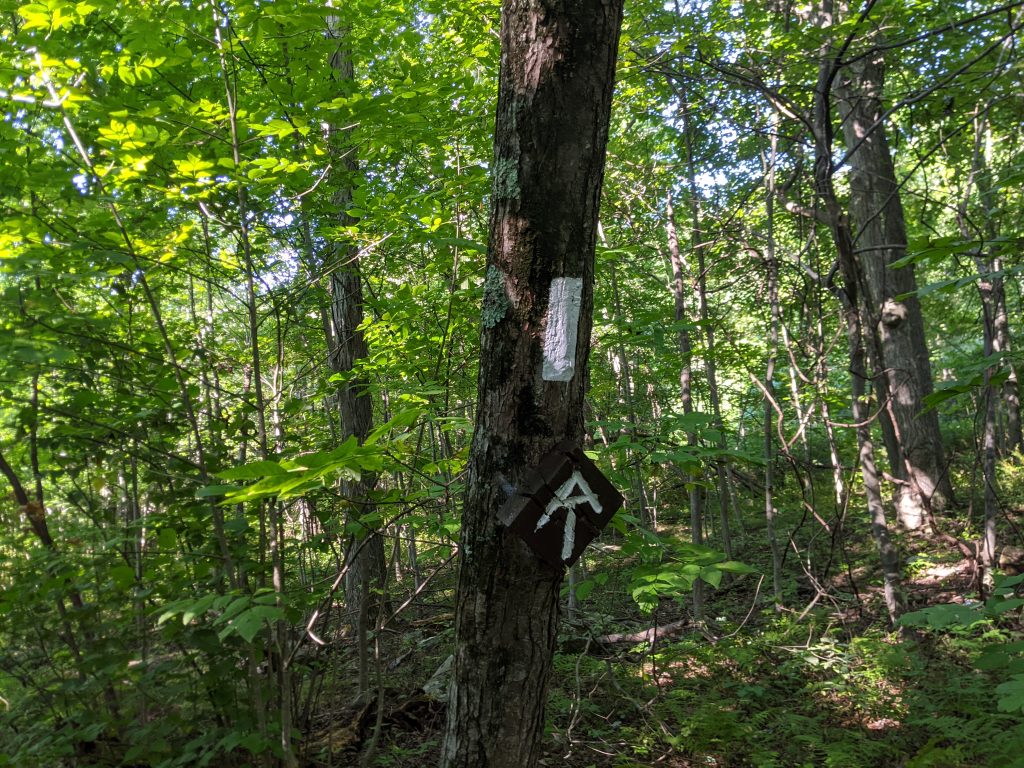 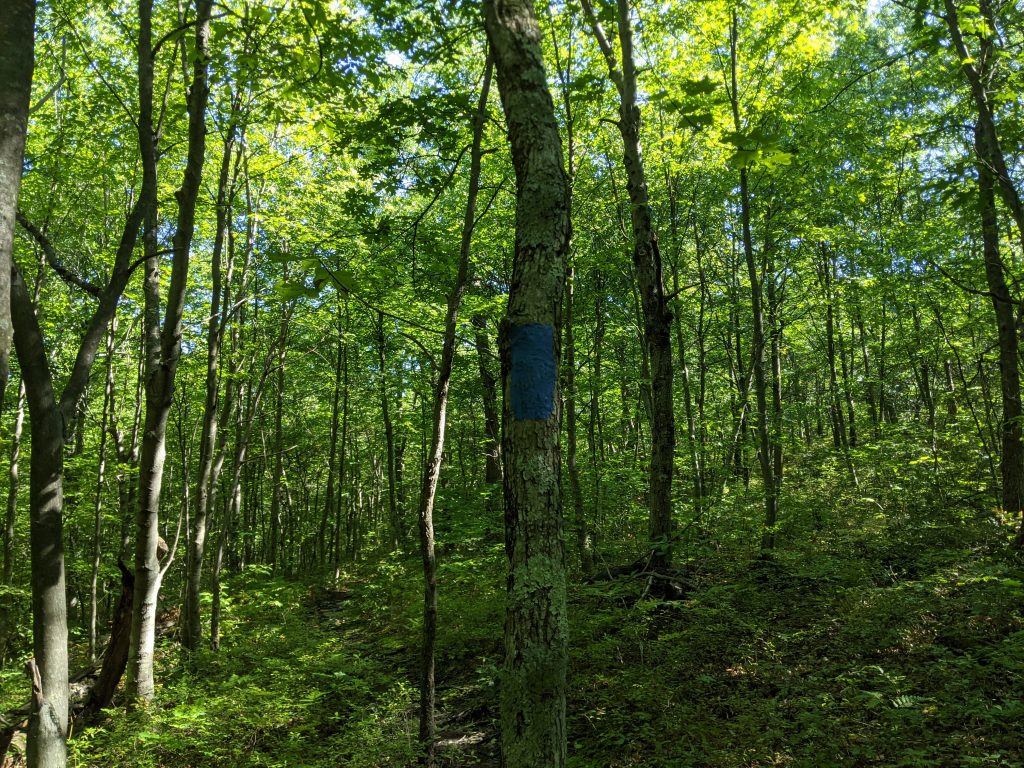 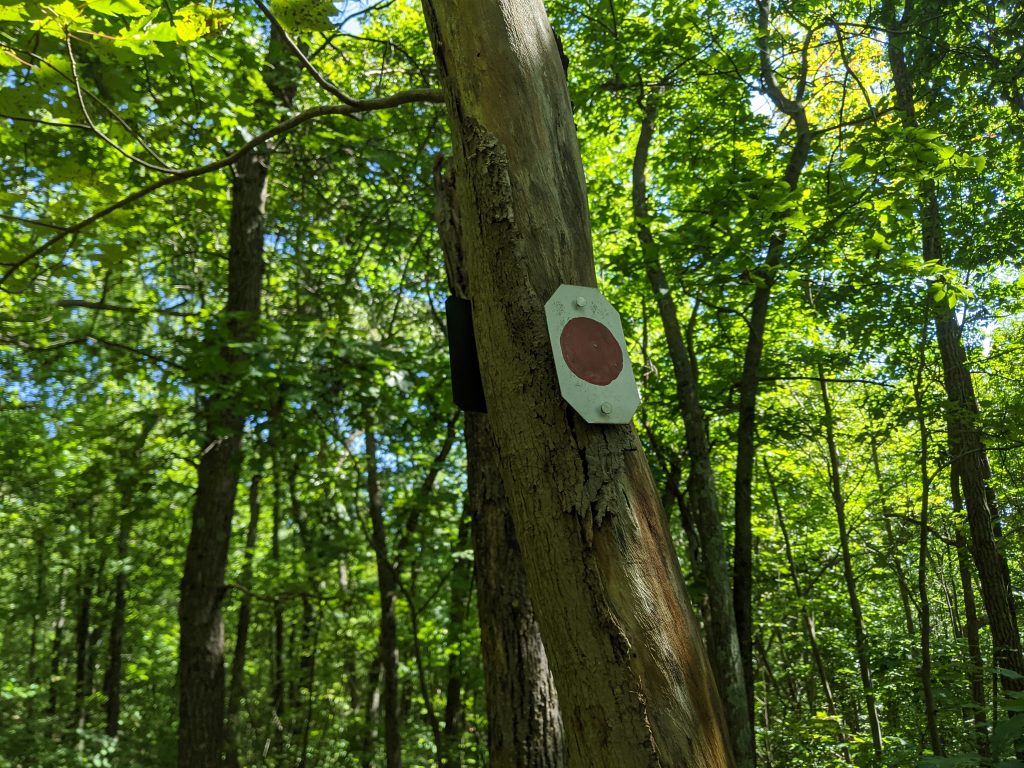