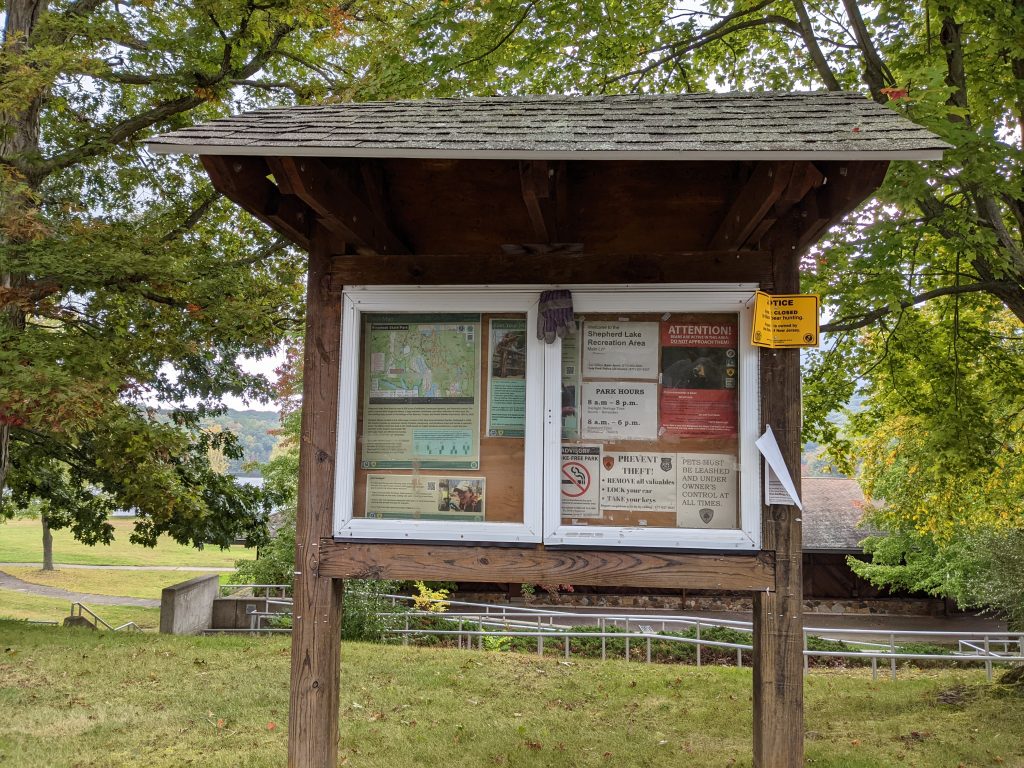 Trail Map – note:  I brought the linked map.  And All Trails.  You will need them as there are many biking, unblazed, and unmarked woods roads.  I really would like the NJ / NY Trail conference maps, but the new edition isn’t out yet. 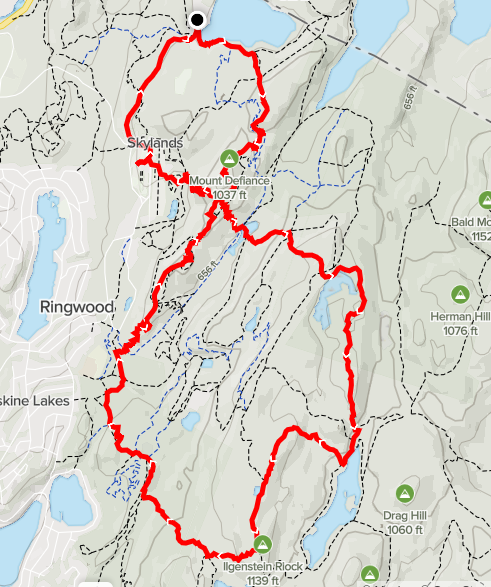 Cloudy skies, mid 60s temperatures, no humidity, a slight breeze, rain forecasted for much later.  This calls for one thing.  A football game!  Go Green!  Who are we kidding?  This is perfect weather for a hike.

I tried to connect two hikes in my version of 50 Hikes In  New Jersey, and I did – though I probably bit off a little more than I could chew.  This was longer than anticipated.  The two hikes I connected were the Hoeferlin Memorial hike with the Skylands Manor hike.  I had done the first half of the Hoeferlin hike last week, and with the trails I took for this, I connected the Halifax trail to right where I left it last week.  Also, I walked right to the area where I saw the bear last week, so believe me, I kept my head on a swivel.

I parked at the Shepherd Lake recreation area parking lot, and was the second car there in the morning.  There were a bunch of cars parked in the boating area with bicycles.  I had heard there were bikes in the park, and I only saw a few.  Some of the trails seemed designed specifically for bikes.

From the dock I caught this great picture of the lake.

Then, it was on to the Ringwood – Ramapo trail, which ultimately winds its way into Ramapo State Forest. 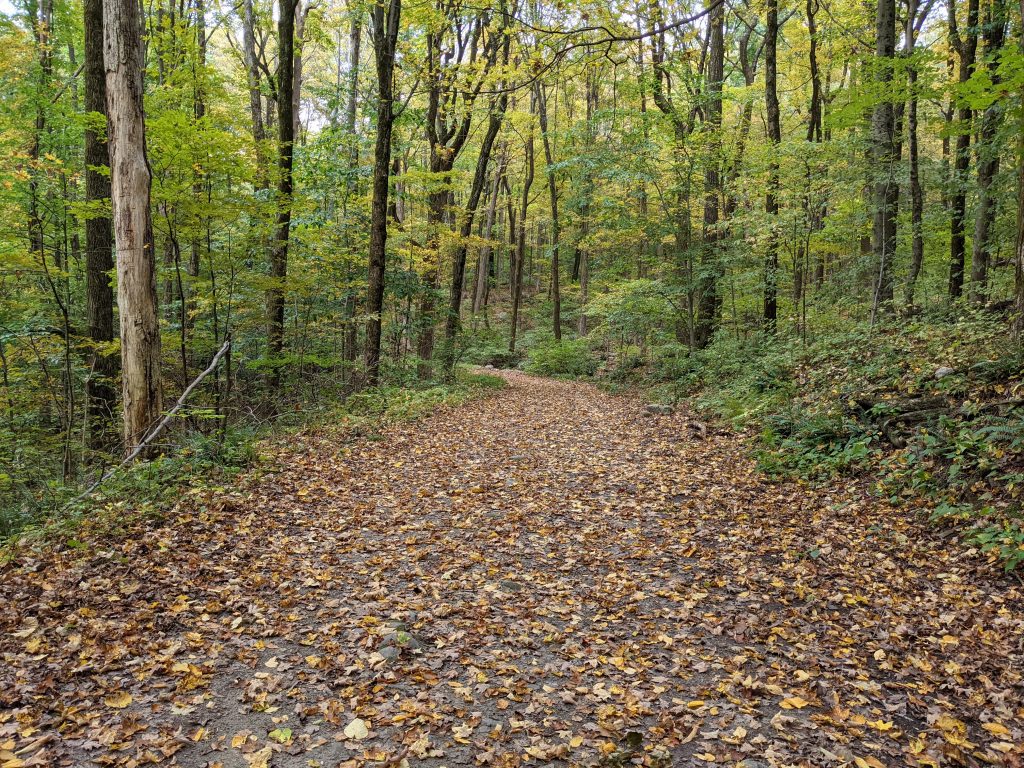 Right off the bat, there’s a steep climb up onto the ridge.  I started out with a fleece on, but by the time I reached the ridge, the fleece would be off.  Temperatures still hovered in the middle 60s, but with the ups and downs, the fleece would stay off.  Right where I took off the fleece:

Some of the pictures are very fairy-tale-like, as the birch tree leaves covered the ground.  In some locations, there were yellow leaves on the ground and in the canopy, and green leaves in the middle. 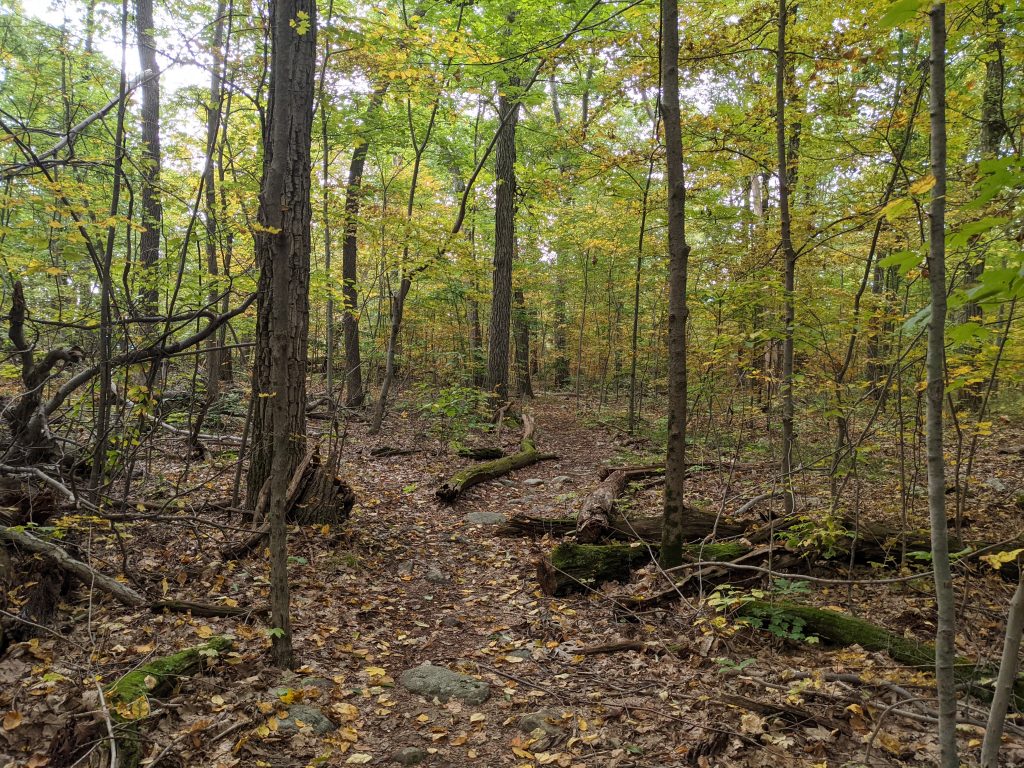 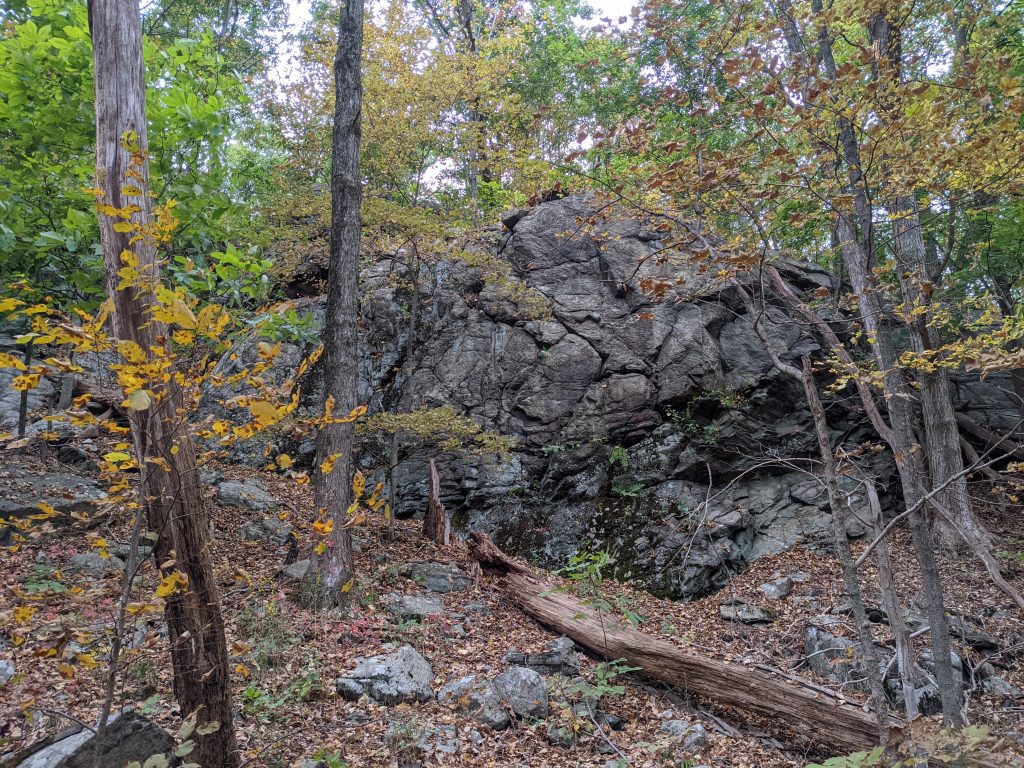 I took the Ringwood – Ramapo trail to the Five Ponds Loop trail, and made a left.  If you follow the Five Ponds Loop trail, you will go by five ponds  by the completion of the loop.  At this section, I went by one:  Glasmere Ponds.  Yes, plural.  The body of water is bisected by a small strip of land, and this area saw heavy mountain bike use.  Leaves are just starting to change, probably next week and the week following will be peak.  You can get a good idea of where we’re at in this picture of Glasmere Pond (north). 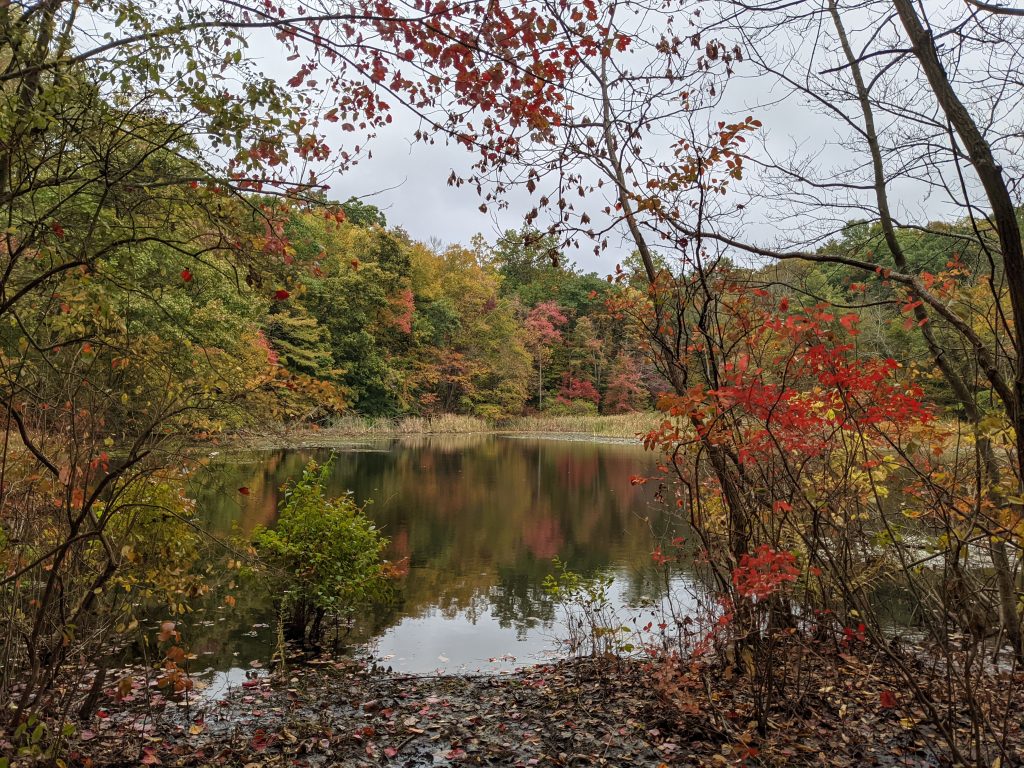 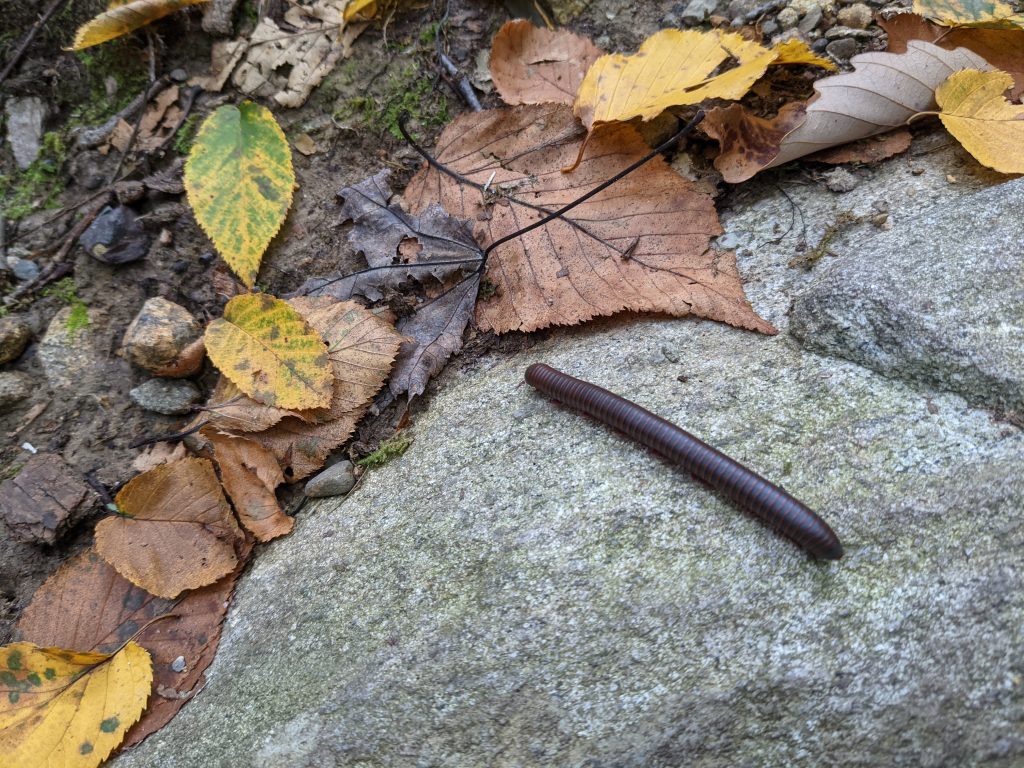 I took the Five Ponds Loop trail to where it junctioned with the Halifax trail.  And this I would take all the way to where I left it last week.  There was a sizable uphill, and while stepping onto a log, I almost stepped on this guy. 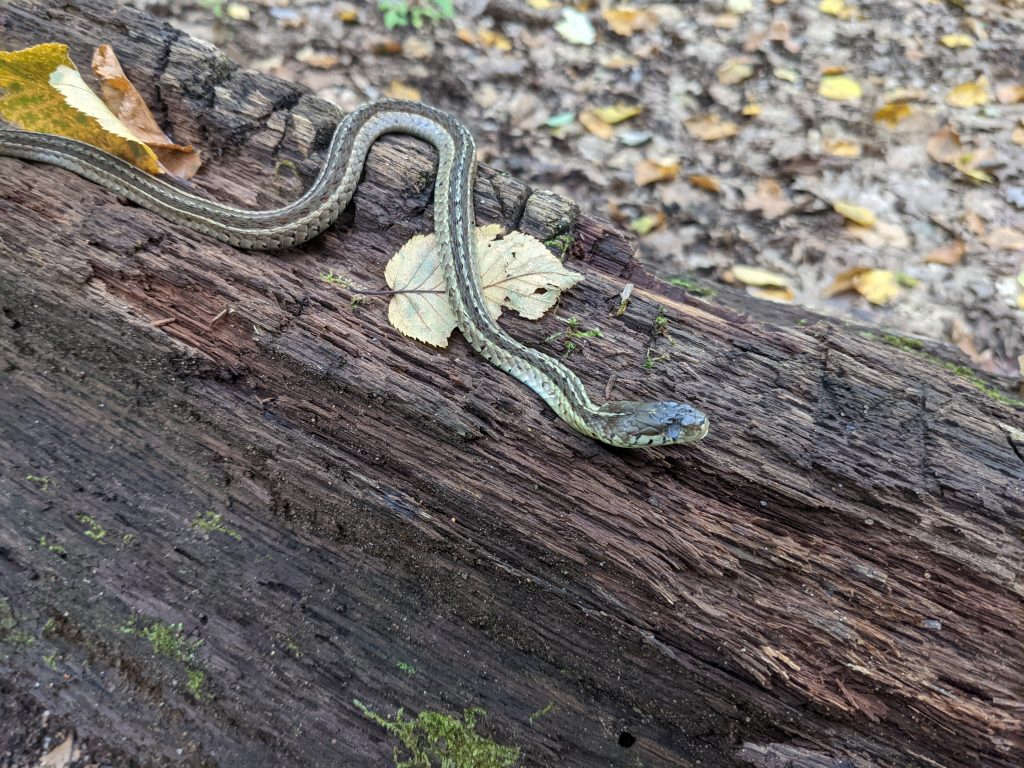 He/She stands no chance if the mountain bikes come shooting down this trail.

I made a right on the Hoeferlin Memorial trail and took this all the way to Ilgenstein Rock which had absolutely great views even though it was cloudy.  This was the highest elevation of the hike. 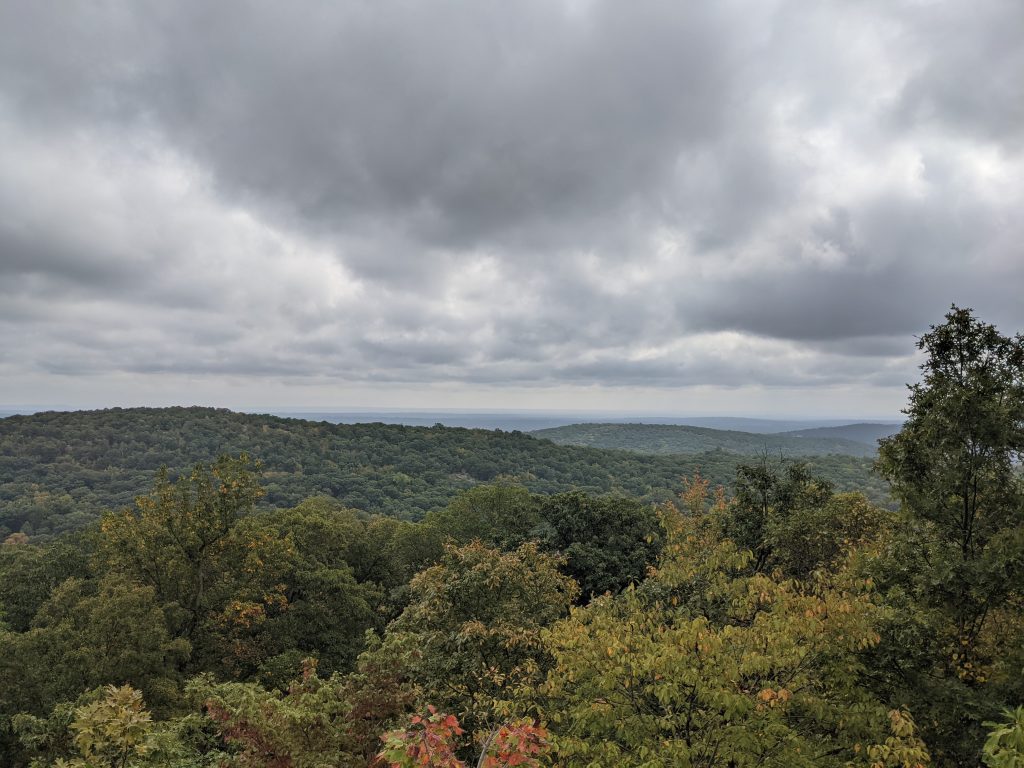 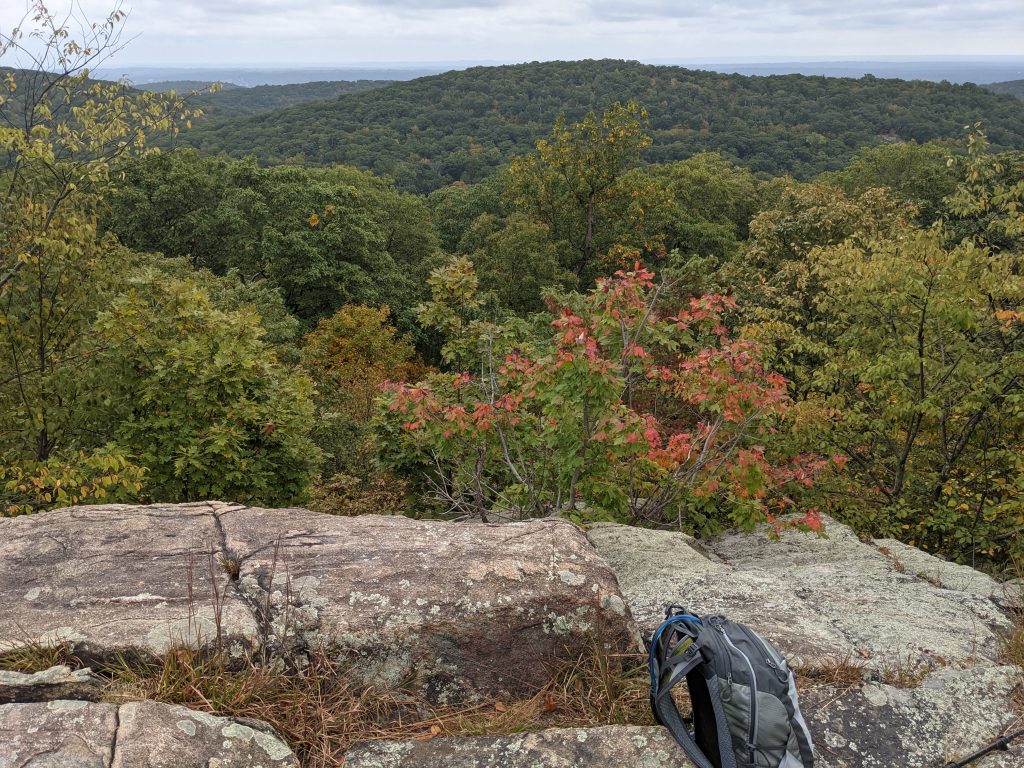 I had the rock to myself so I could enjoy the solitude for a little while.  It was a bit cloudy, but the New York City skyline was visible.  While sitting, it started to get chilly, so I headed off; turning on a light blue blazed trail.  I couldn’t find a name for the trail.  I was on this for about a mile before it connected with the Ringwood – Ramapo trail; which I would take north back to the Five Ponds Loop. 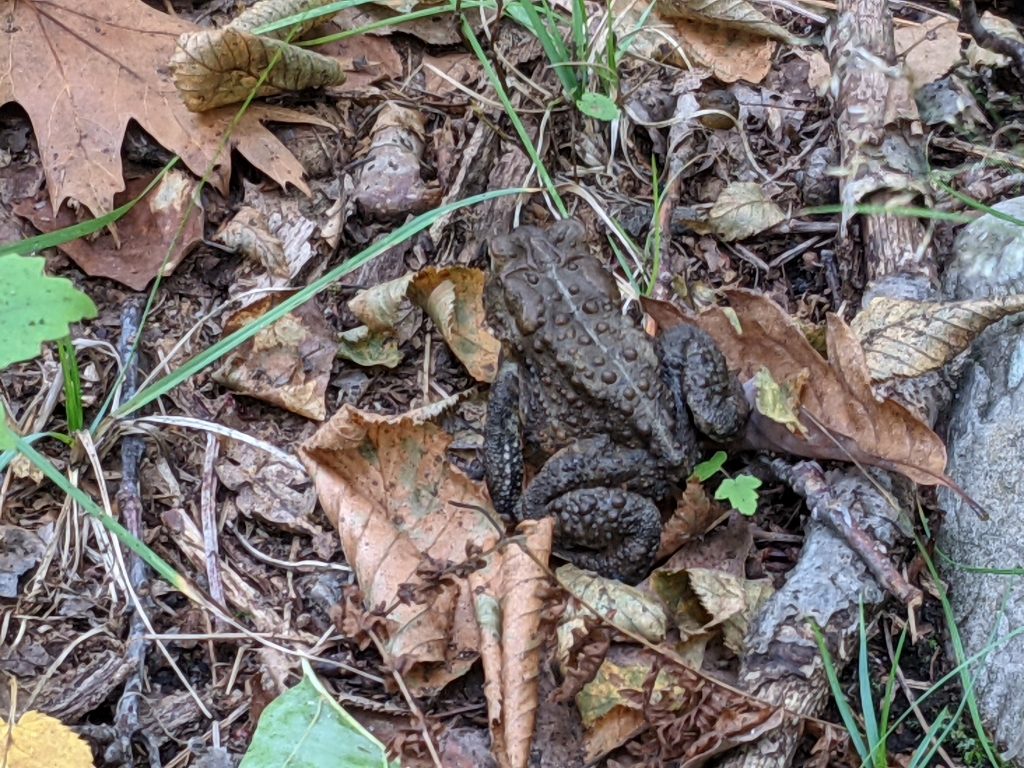 The leaves really gave the park a serene feeling to it. 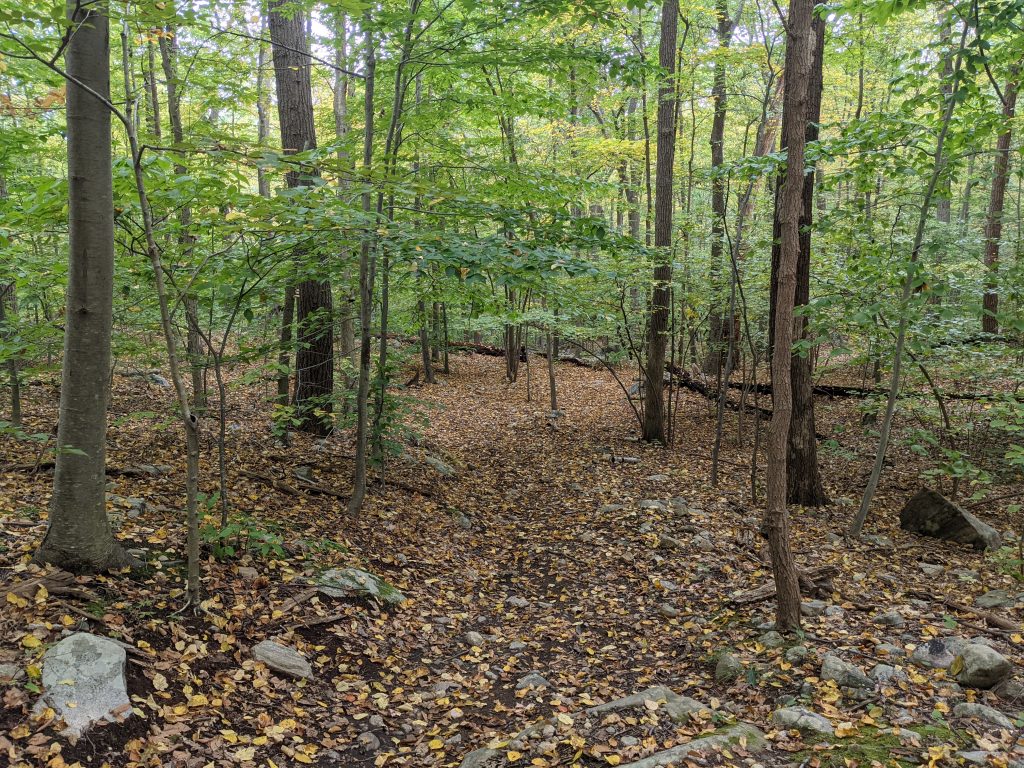 I think I have found my new favorite polypore:

While still on the Ringwood – Ramapo trail, I came to this stream crossing, and I’m extremely grateful for the trail builders for this massive slab they used to cross the stream.  I don’t mind a good rock hop….and all I could wonder is how the heck they got this slab here.  It is huge. 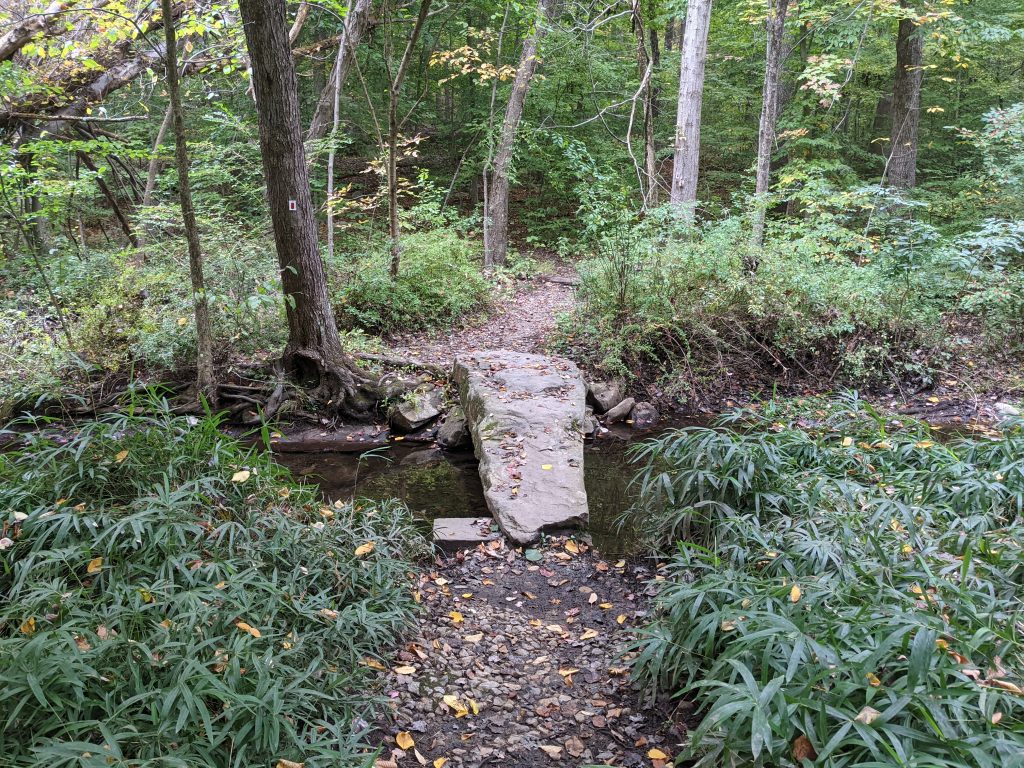 Further on up the trail is Warm Puppy Rock. 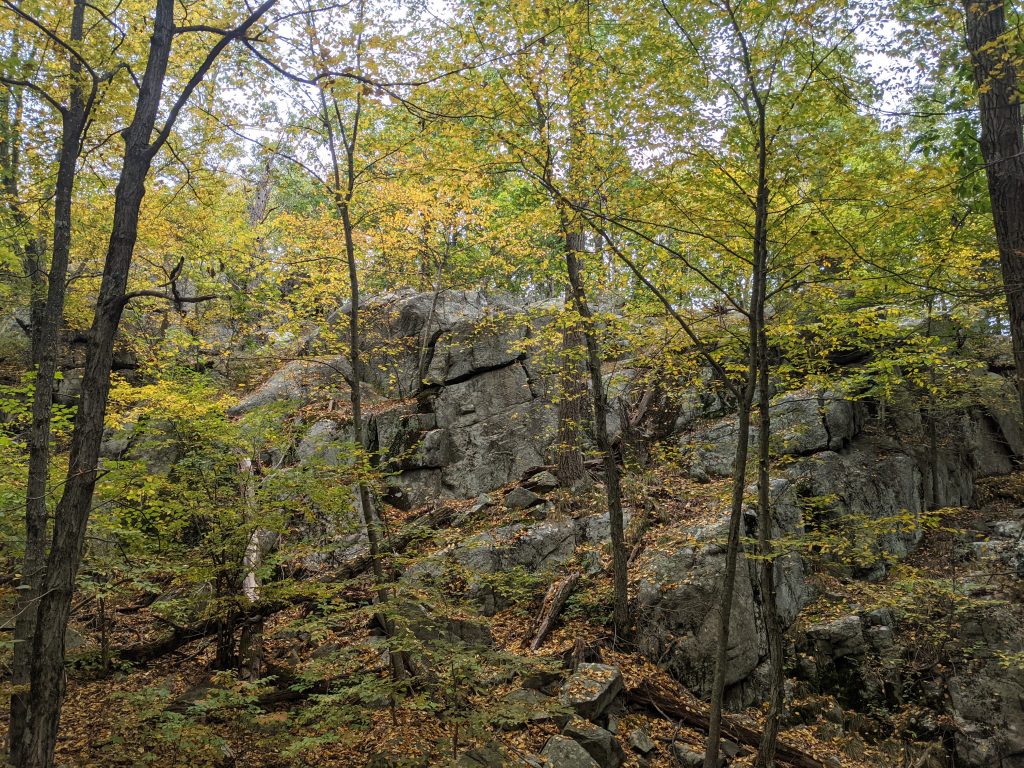 And yes, you will go to the top.  The trail meanders around the right side, then climbs up the back of the rock on a narrow stone trail.  It was here that I was almost run down by a mountain bike.  So much for right of way.  The view on the top would be so much better a) in the winter with the leaves off the trees, and b) in the sunlight. 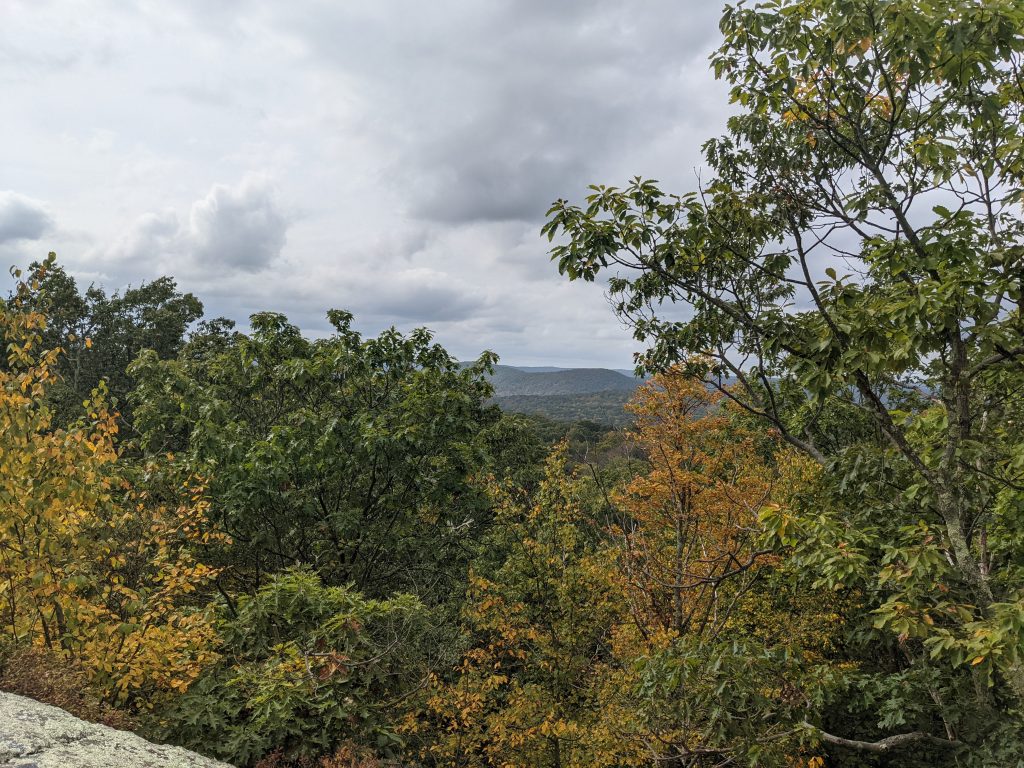 I junctioned with the Five Ponds Loop trail for the last bit in the woods.  While heading towards the Gardens and the Manor the sun came out for about ten minutes. 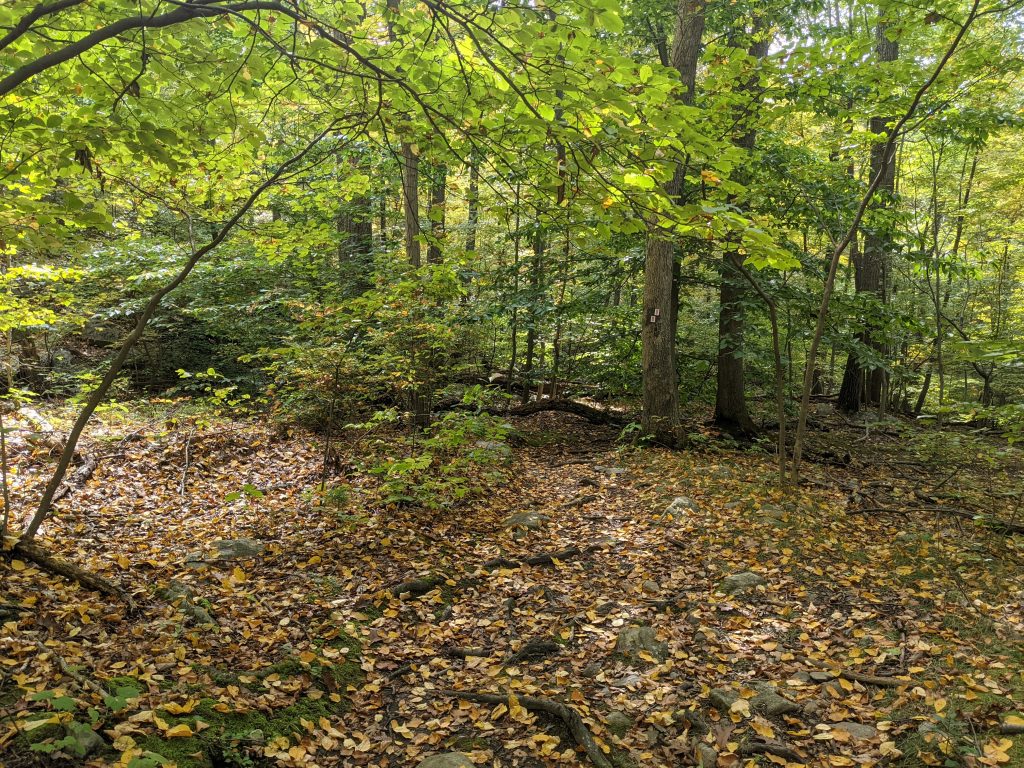 Once I got to the road, I probably could have taken the Crossover trail back to Shepherd Lake.  Instead I cut through the Botanical Gardens, which were nice, and worthy of a trip in itself, and wandered across the grounds of Skylands Manor.  The manor was being set up for a wedding reception – I saw the happy couple getting pictures taken in the gardens.  What a photobomb I would make. 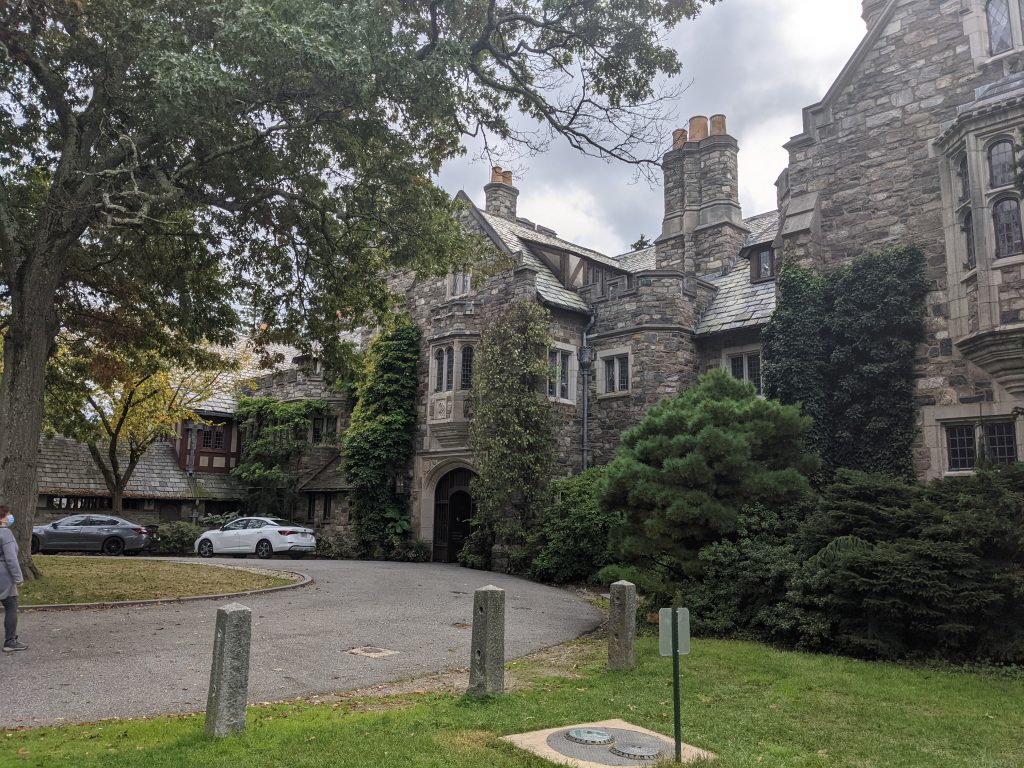 I road walked it back to the car, I was beat.  I could have followed the Crossover trail back to the Ringwood – Ramapo trail, but that would have added an extra mile and a half, and I new rain was coming.

Finally, just before the car, I stopped over to see St. Luke’s Chapel. 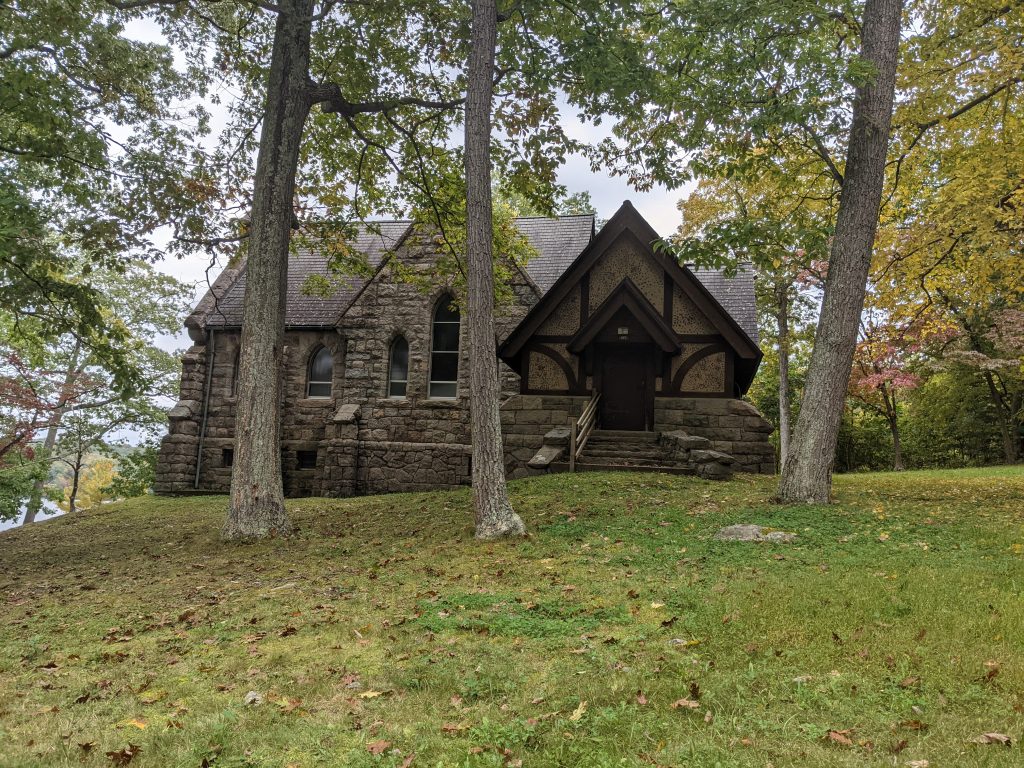 In the northern sections of the park, you can hear shooting from Thunder Mountain Skeet Range.  I was not about to investigate for fear of appearing on the wrong side of the property.

I  hope to come back to hike the eastern section of the park in the coming weeks, though I will not be doing quite the mileage.  As I reached the lot there were many people picnicking by the lake – one large group had a barbecue going and it smelled great. 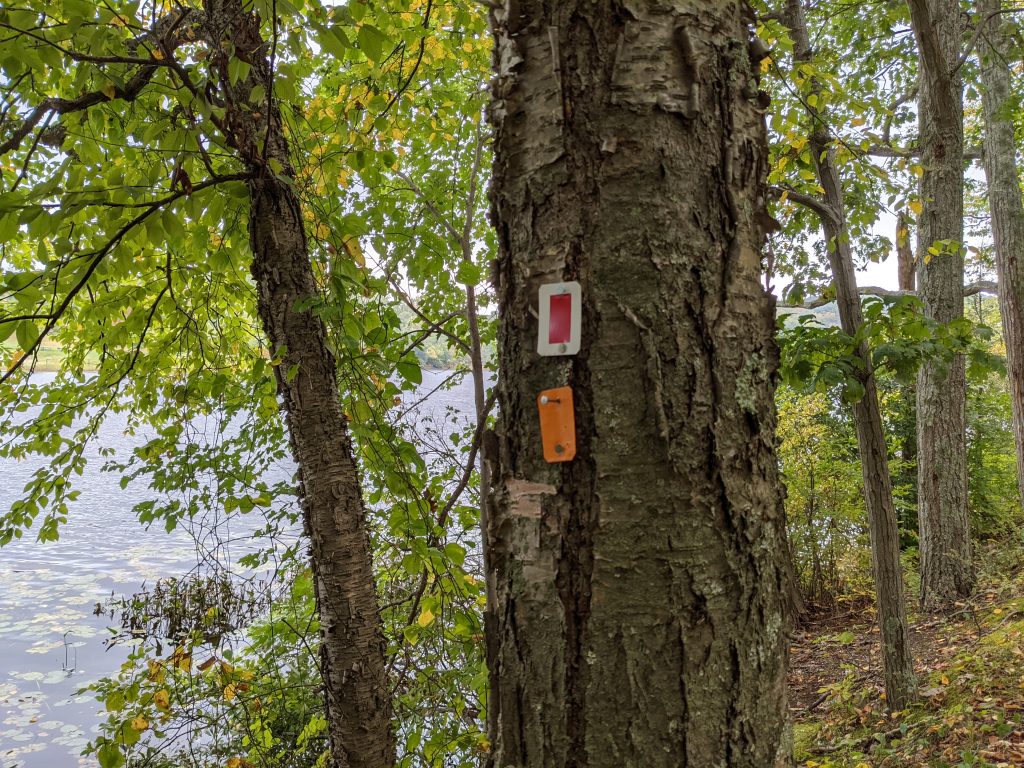 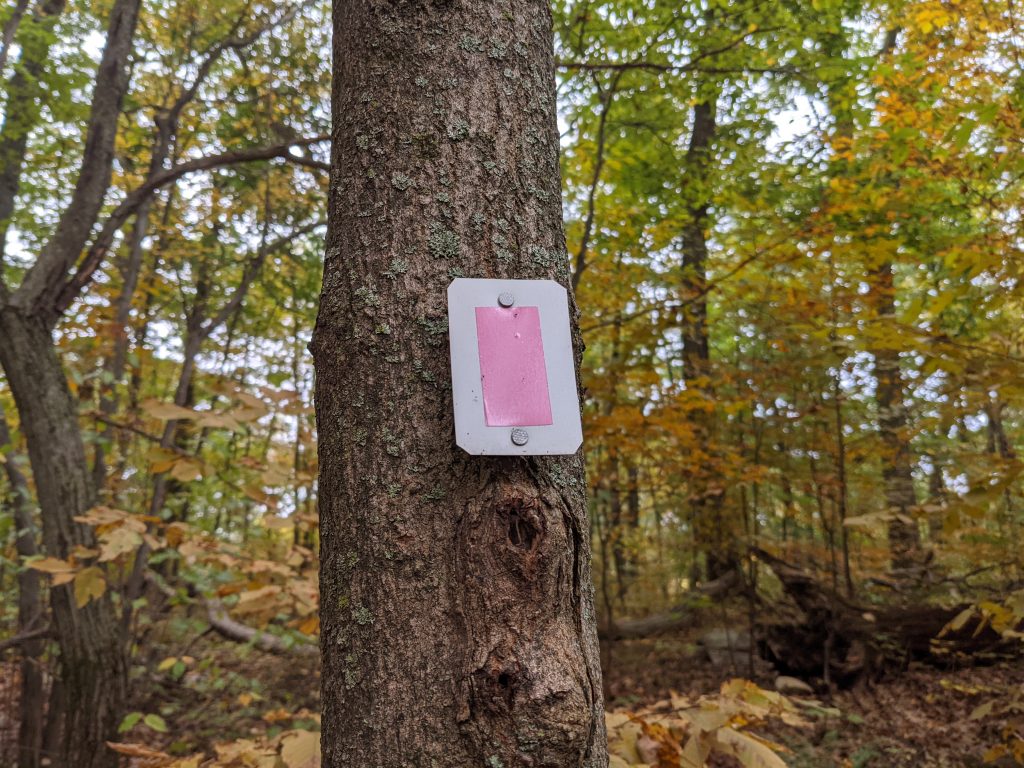 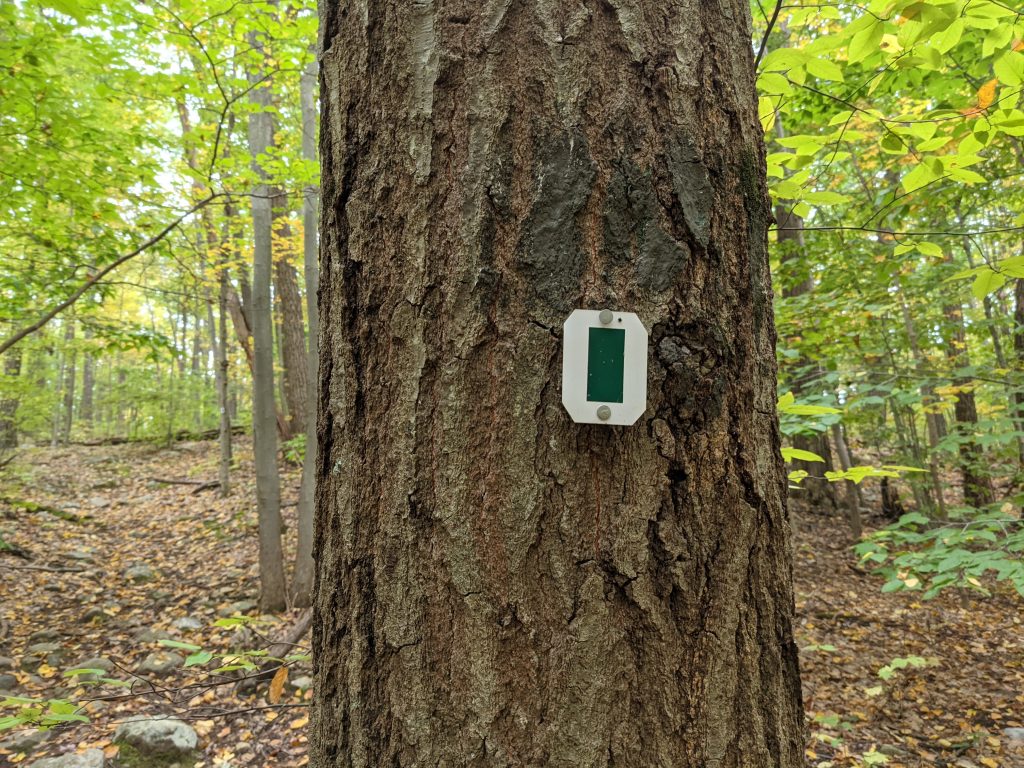 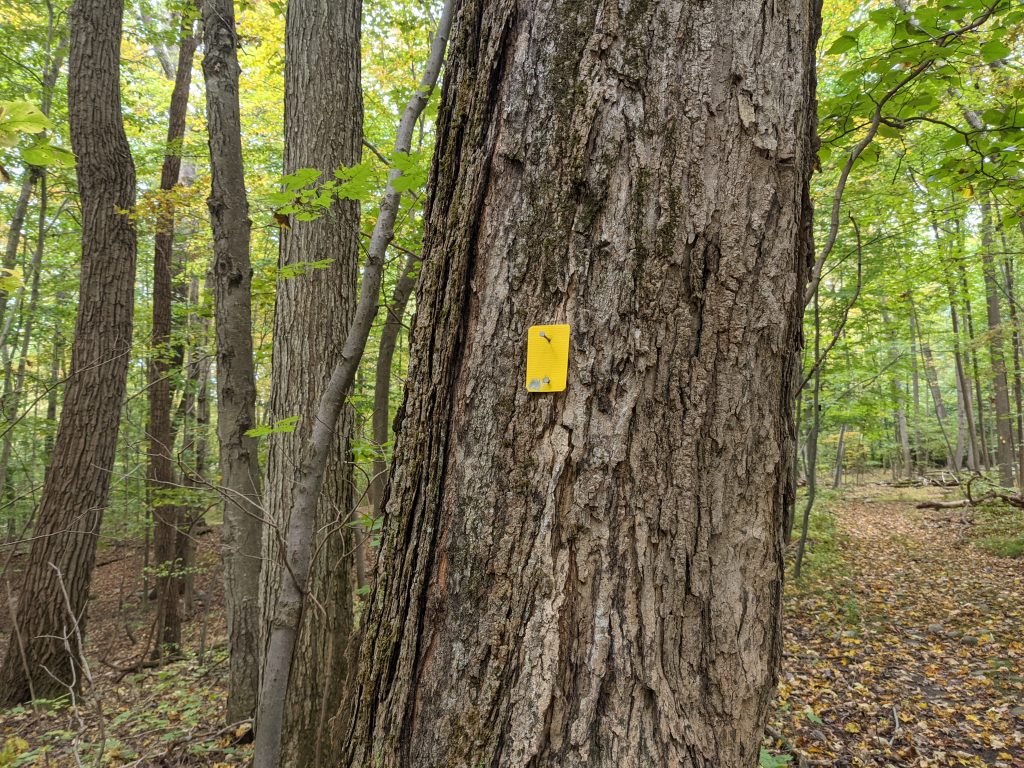 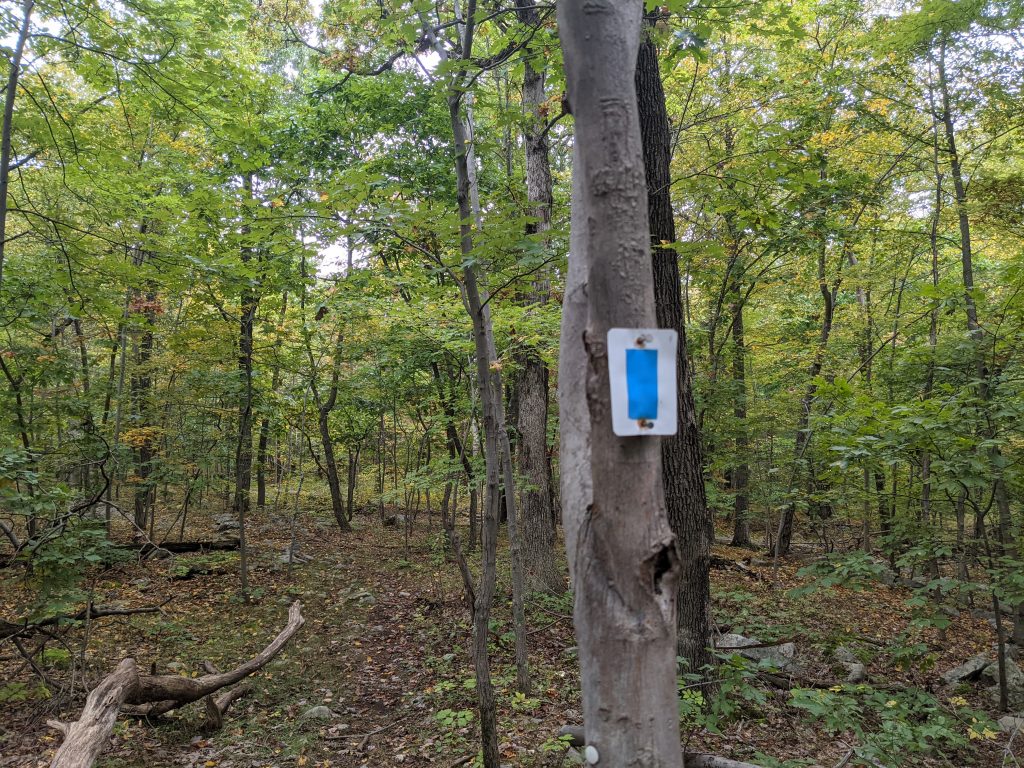