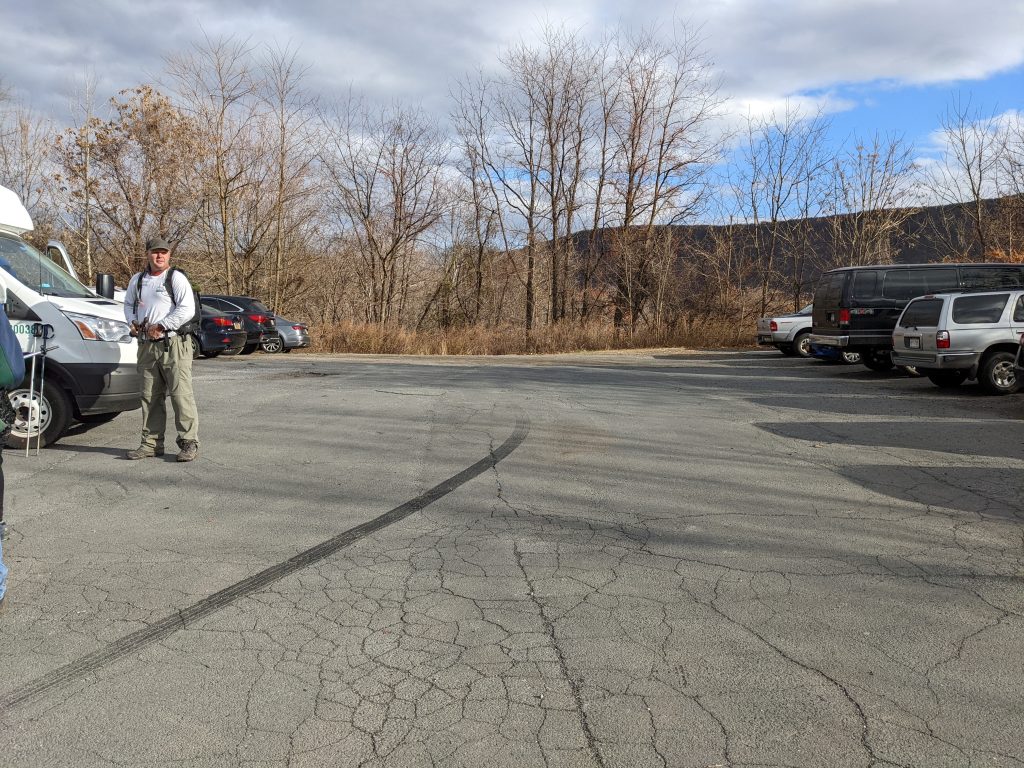 Trail Map – official, though I followed along using the NY/NJ Trail Conference map 119

Another great hike with Andrew and John and the Monmouth County Park System.  On a mostly cloudy day with temperatures in the middle 40s, we took the shuttle up to Fort Montgomery Historic site in order to climb Popolopen Torne and hike through Popolopen Gorge.  Unfortunately the historic site parking lot was closed, and we drove almost a third of a mile north to the hiker parking lot where we were one of the first cars.

After gearing up, we started on the combined Timp-Torne 1777W 1779 trail.  The 1777W and 1779 trails follow the routes that both the British and the American troops used during the Revolutionary War.  Specifically, the 1777W trail follows the route taken by British troops under the command of General Clinton.  The 1779 trail follows the route taken by American  forces led by General Anthony Wayne.

Our path was nice with a gentle rise along most of the way.  Parts of the path were more a woods road following the aqueduct, with Popolopen Creek to the left.  Eventually we arrived at Brooks Lake. 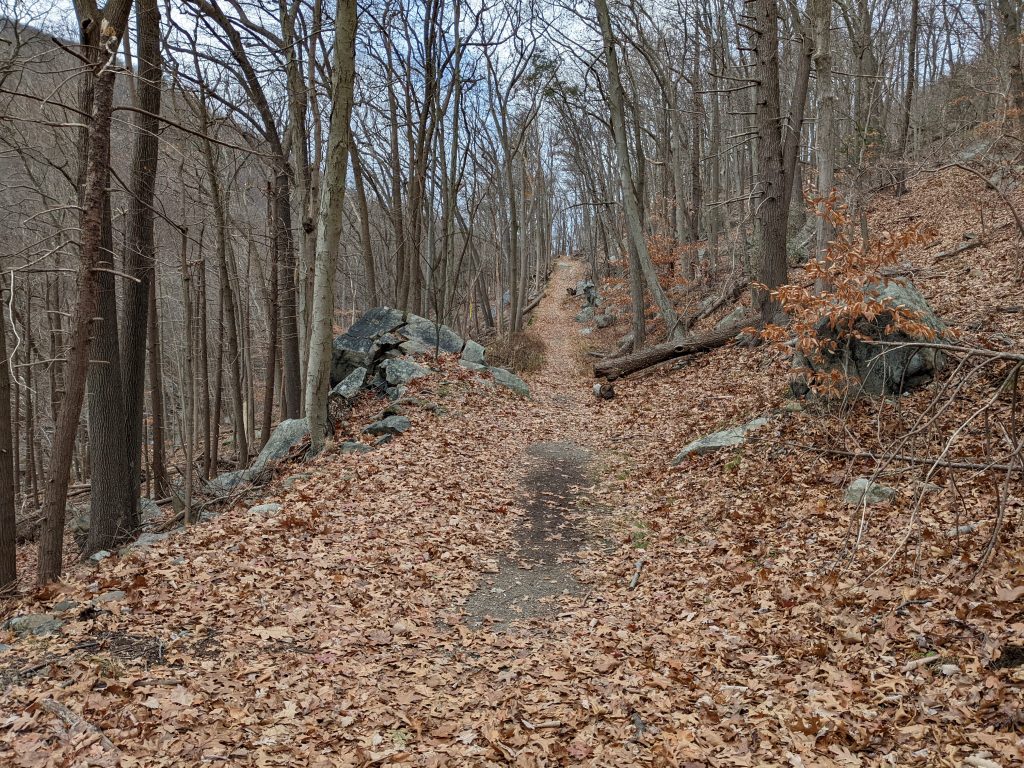 The trail pops out onto the paved road a couple of times, but is not hard to follow.  When you get to the Camp Shea Road parking lot, things will really start to rise.  I took off my wool hat and gloves at this point as I knew we were to start climbing.

There were these ominous carved figureheads along the road, just before we turned into the woods for good. 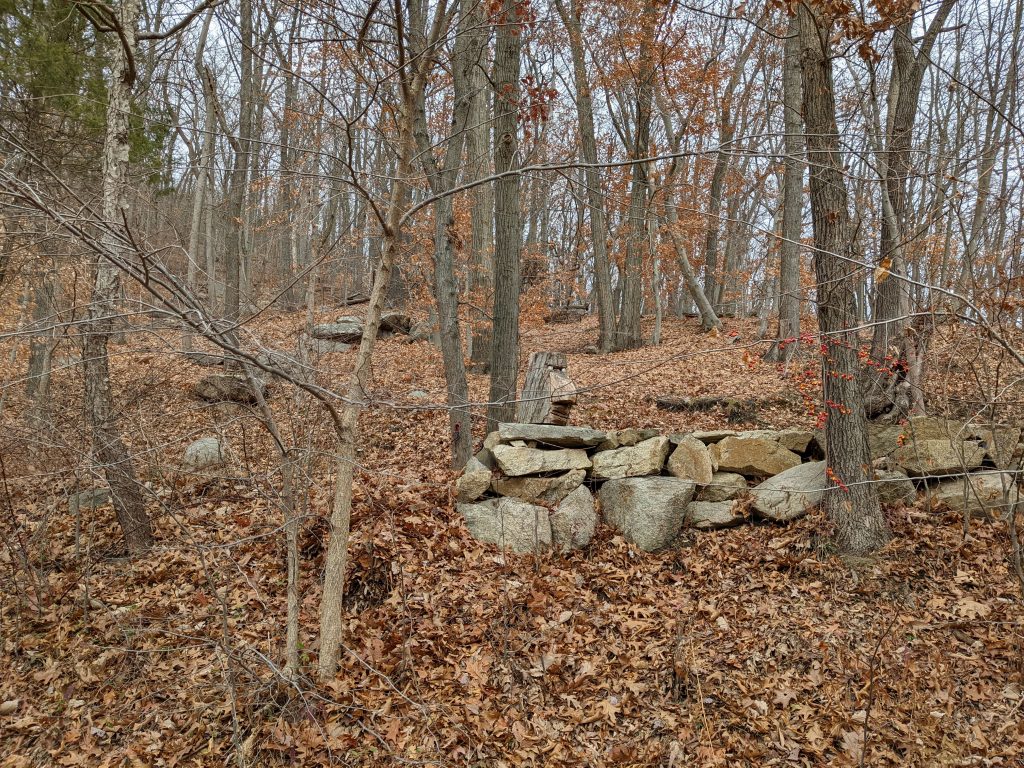 And up we went.  It was pretty strenuous, over leaf-strewn rocks all the way up.  We stopped at a great viewpoint a little below the summit. 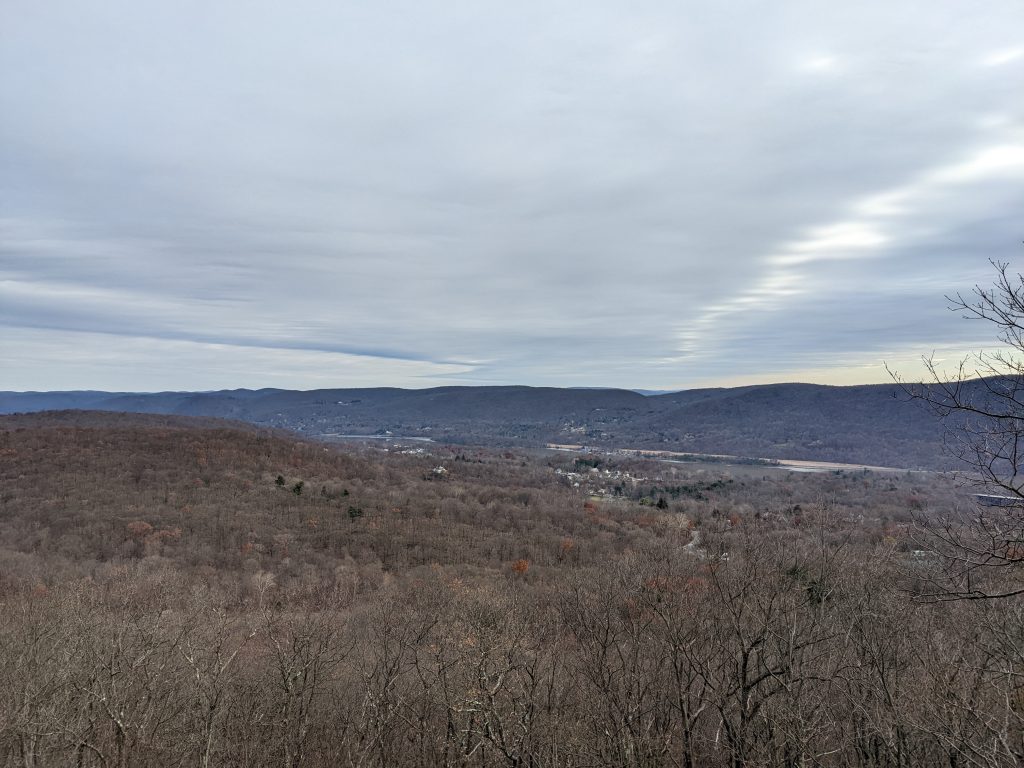 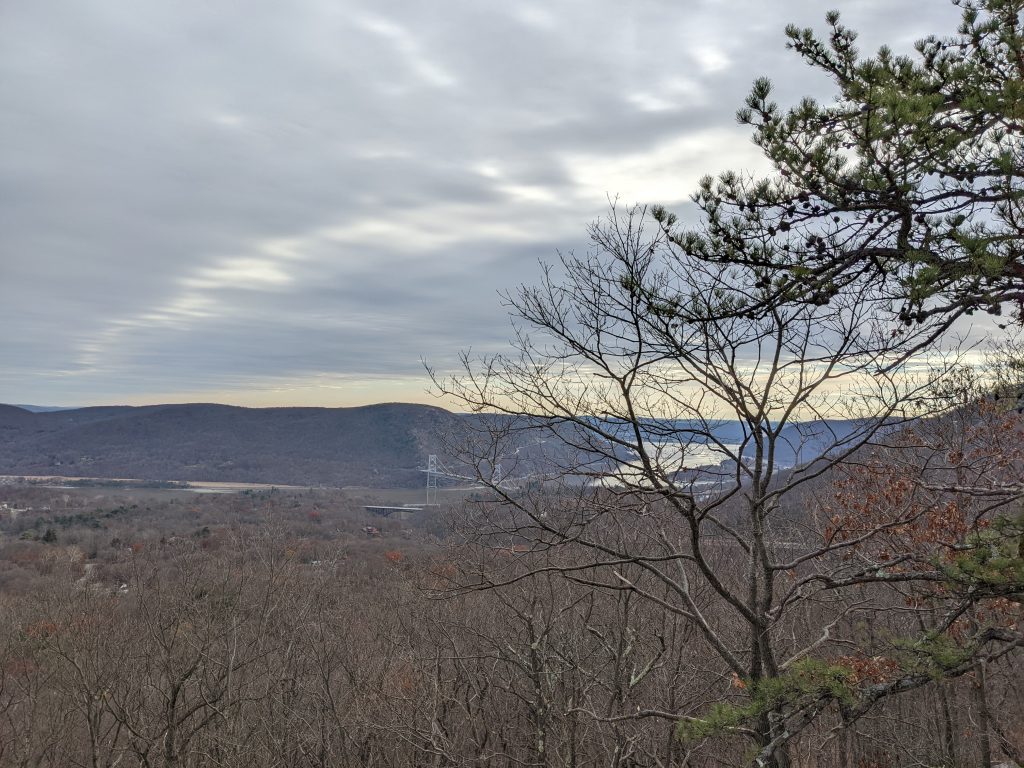 Very few leaves at this point.  Most were on the ground.

From here it would be a few minutes to the summit. 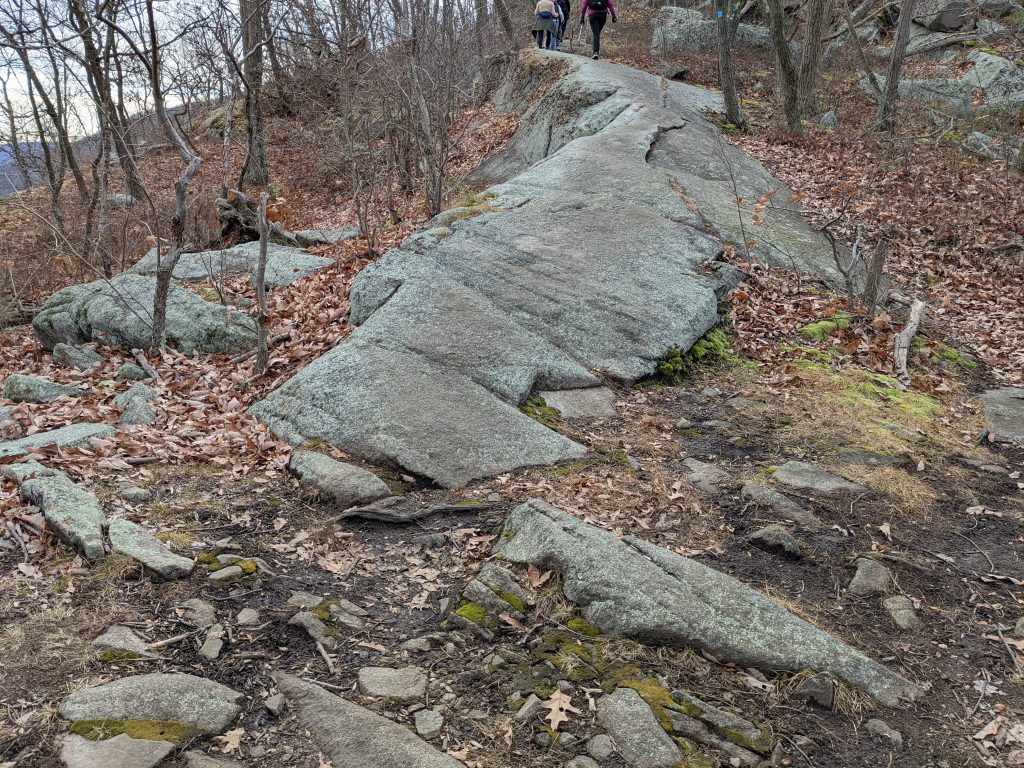 The summit is one big bald rock.  From the trail we were on, there were two rock faces that someone had hooked up ropes to assist climbers.  I found the first rope necessary.  The second rope was a nice luxury.  Here’s a shot of the group at the second rope. 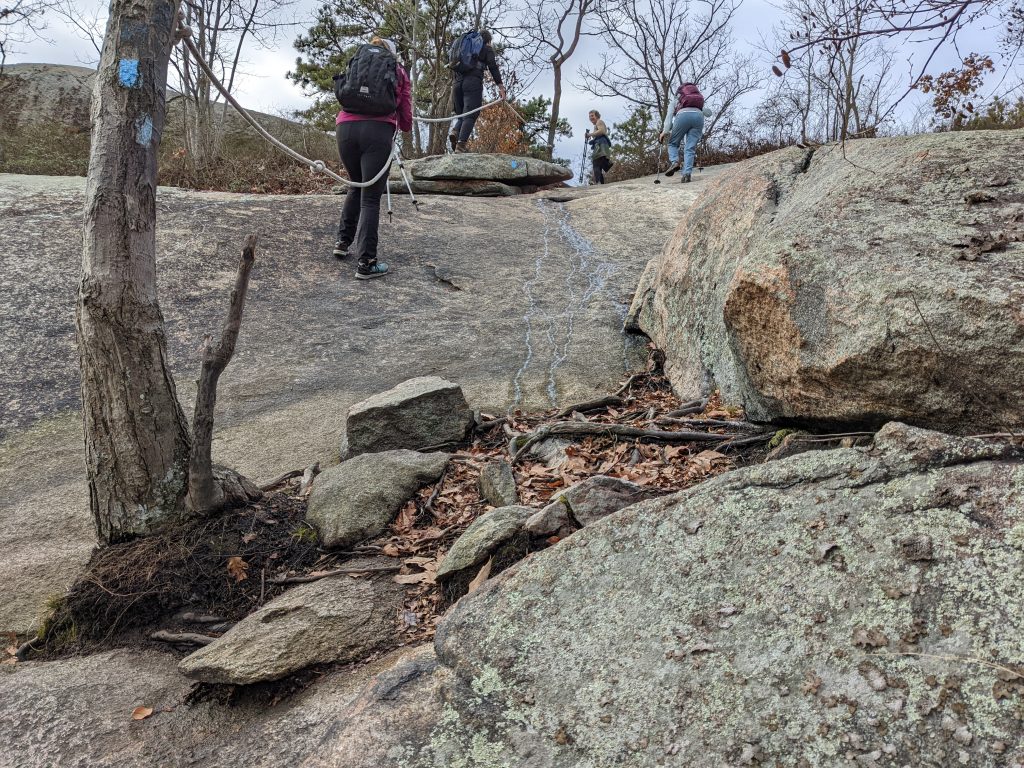 Once up, it was a nice walk along the ridge to the summit.  Fortunately, the wind was not blowing, or it might have been a bit dicey. 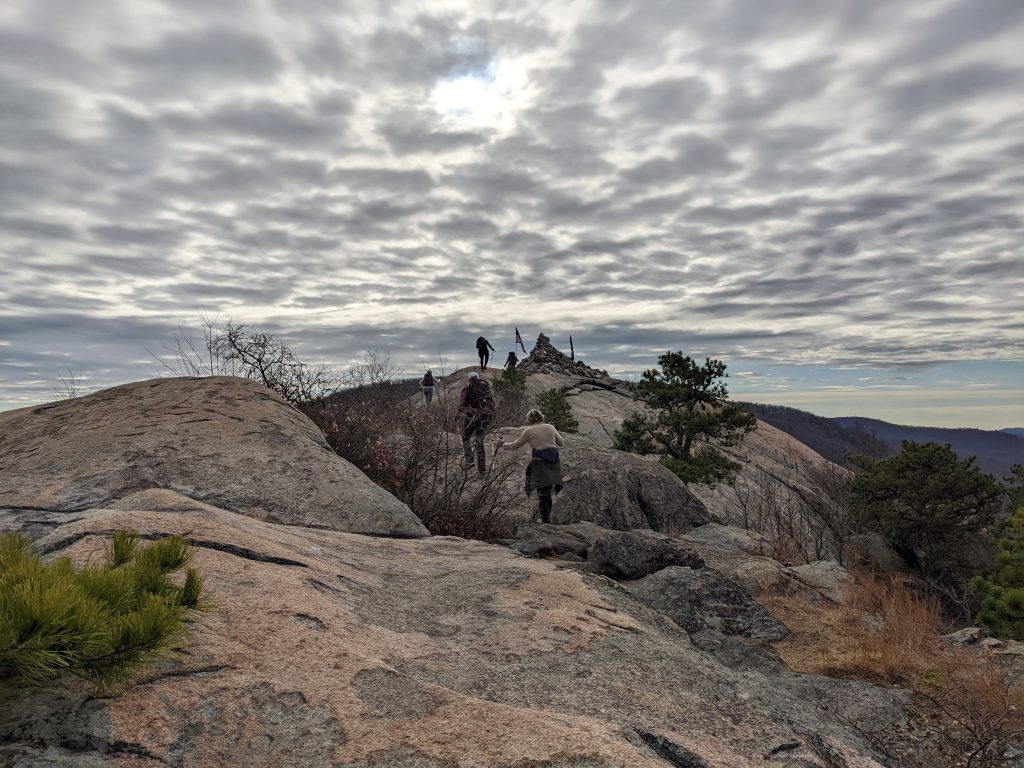 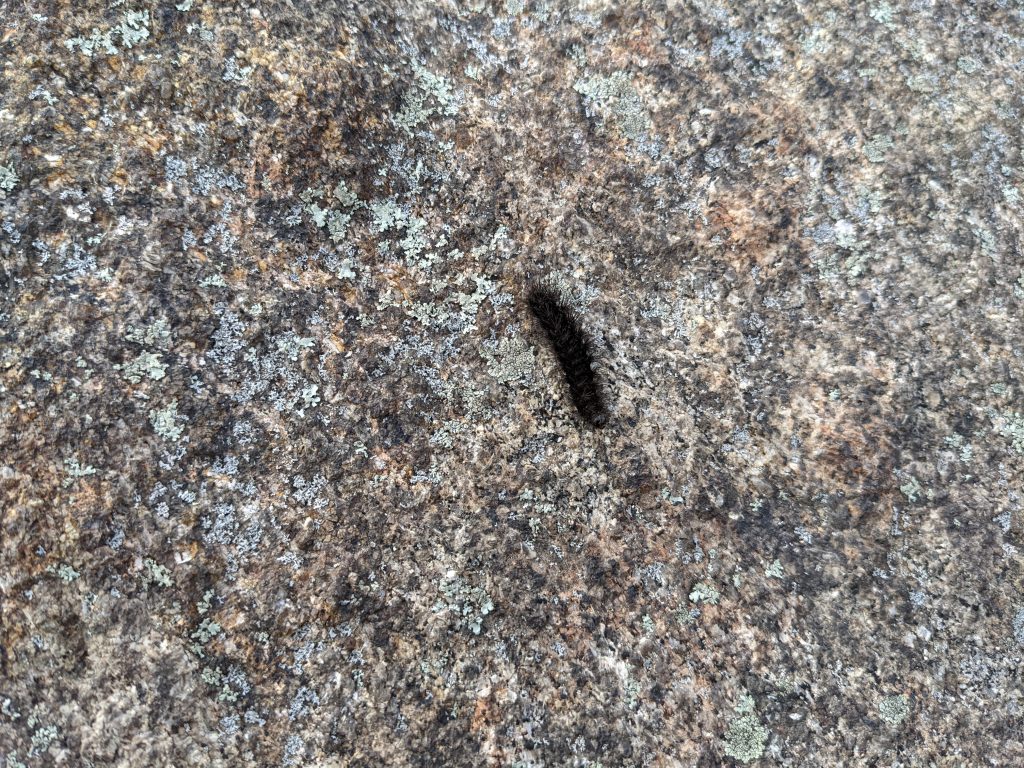 Once upon the top, the views are are 360 degrees.  When you look west, you see West Point. 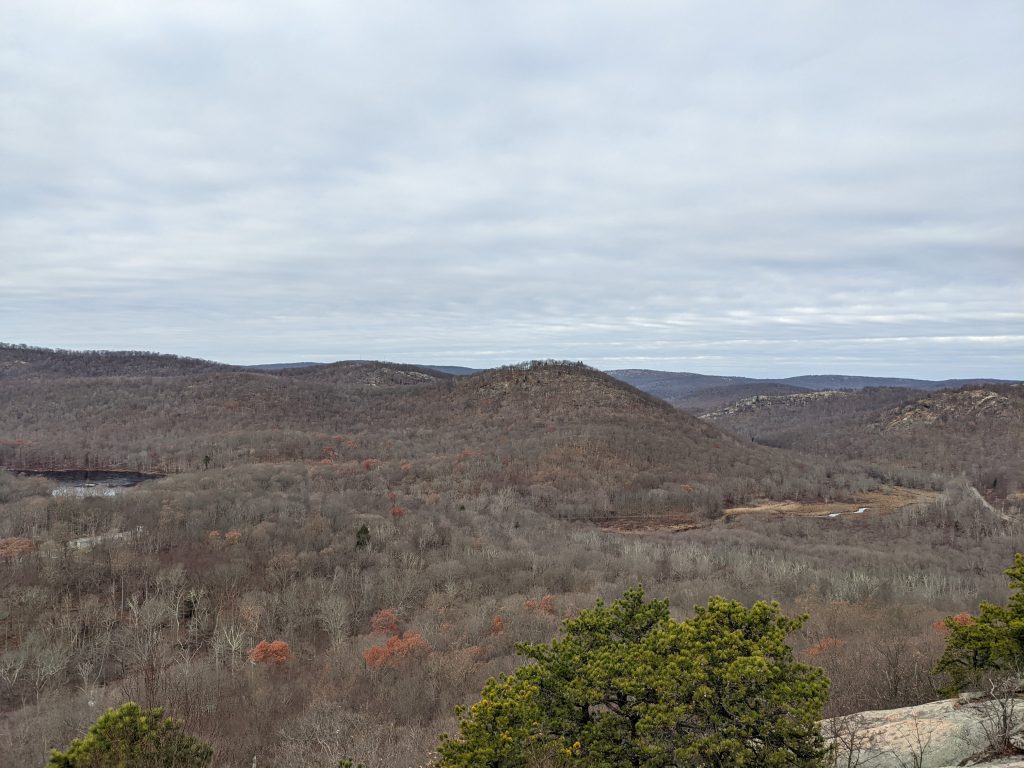 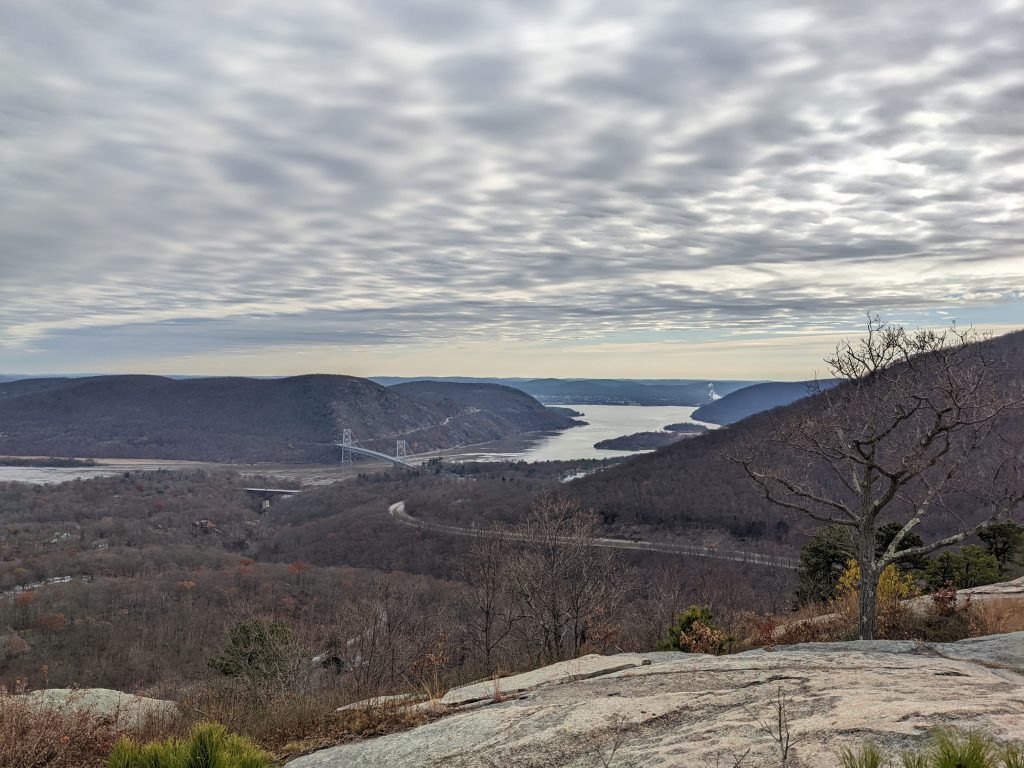 At the actual top is a monument to the fallen, those serving overseas, and to 9/11.  There are rocks, painted bricks, ammo cans commemorating many; with a large POW and American Flag. 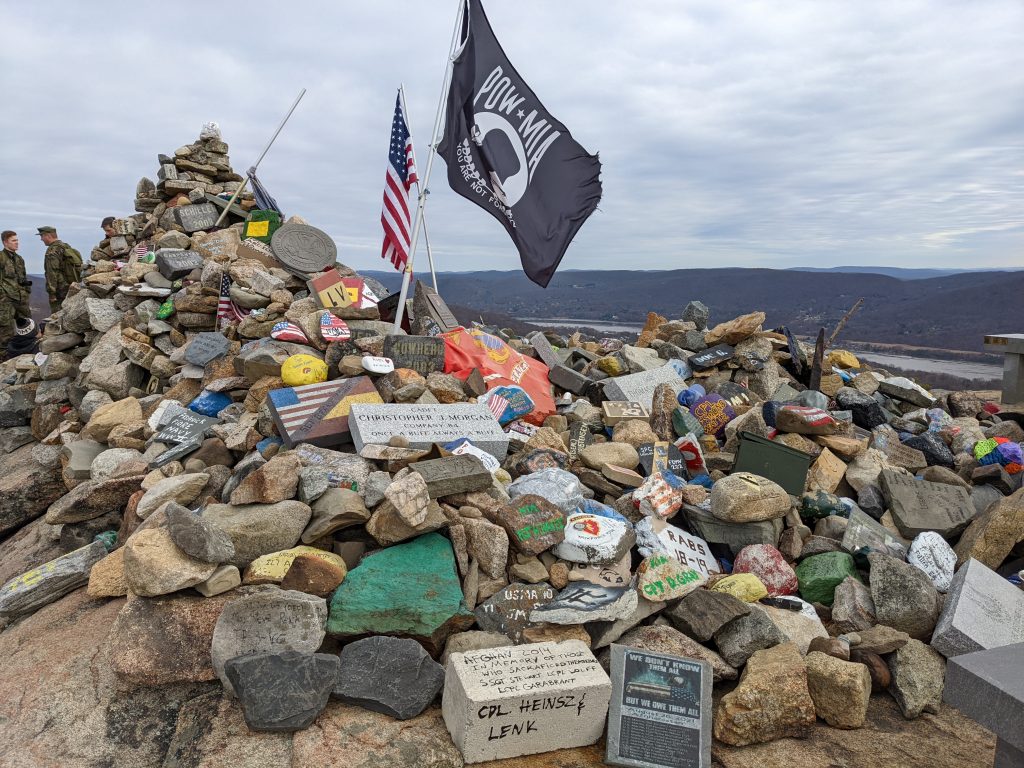 Because it was early, we only stayed for a short snack, then descended the other side of the Torne.  This path was markedly steeper.  (Personally, I would rather climb this section then descend it.  It was fun no matter what.)  Here are some shots looking back up after I had descended.  The pictures don’t do the steepness justice.  To get an idea, look at the angle of the trees compared to the rocks.  (The steepness is more noticeable in second picture.)  You can see the blue blazes to follow. 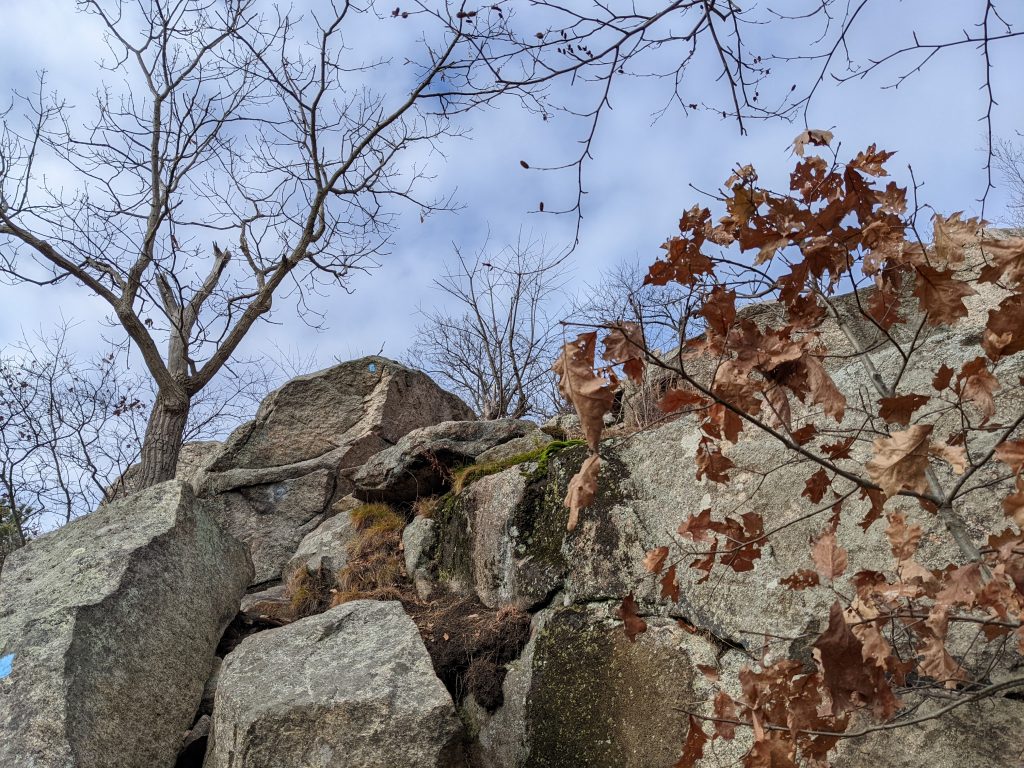 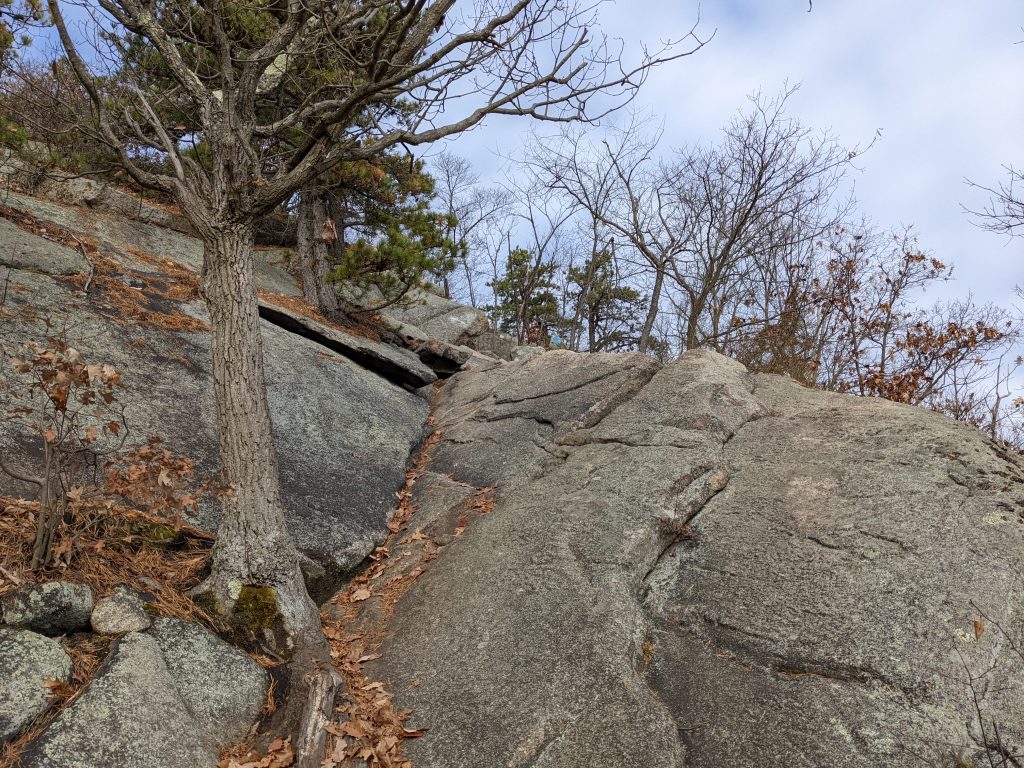 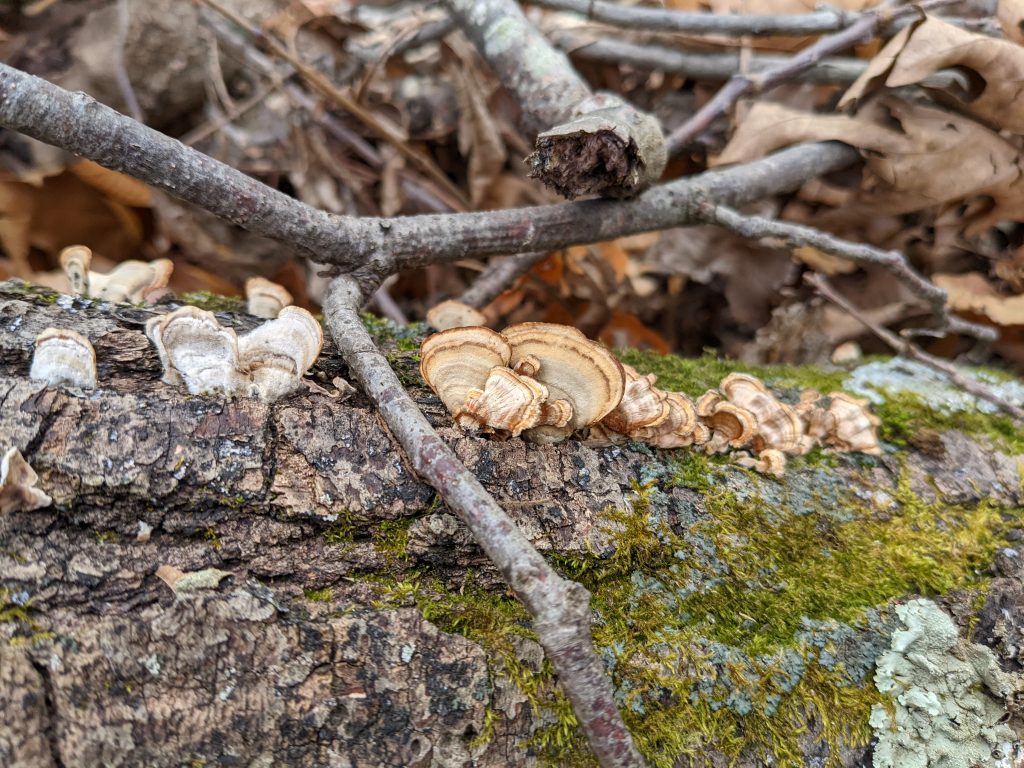 We followed the Timp-Torn trail as it crossed over Popolopen Creek. 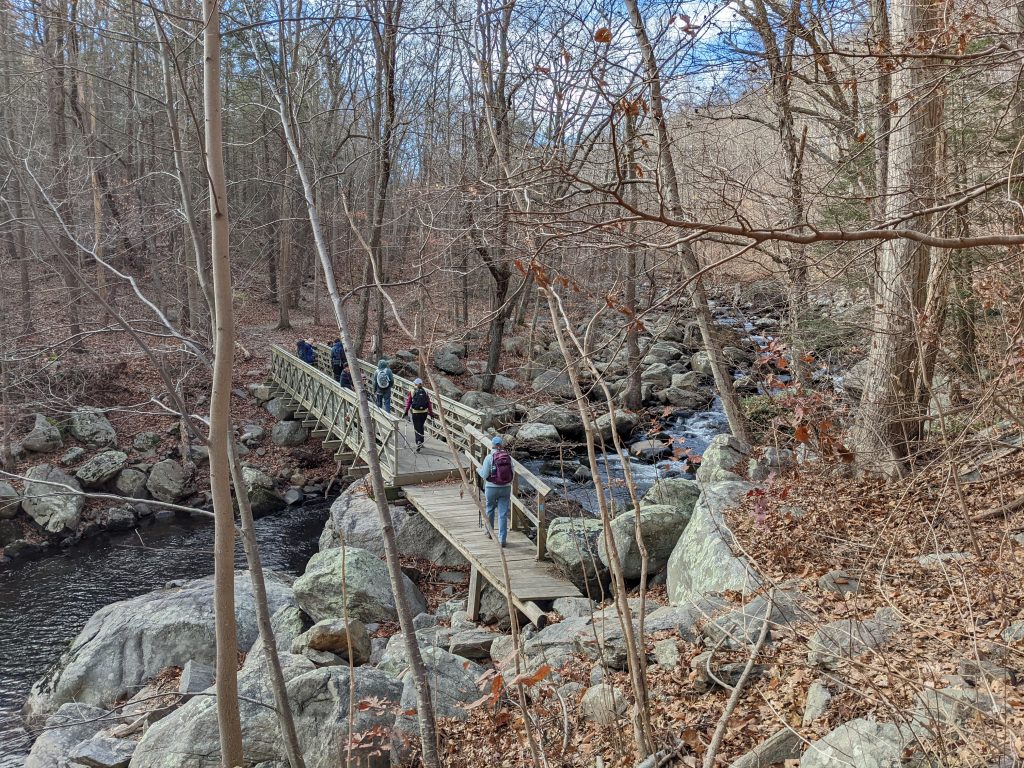 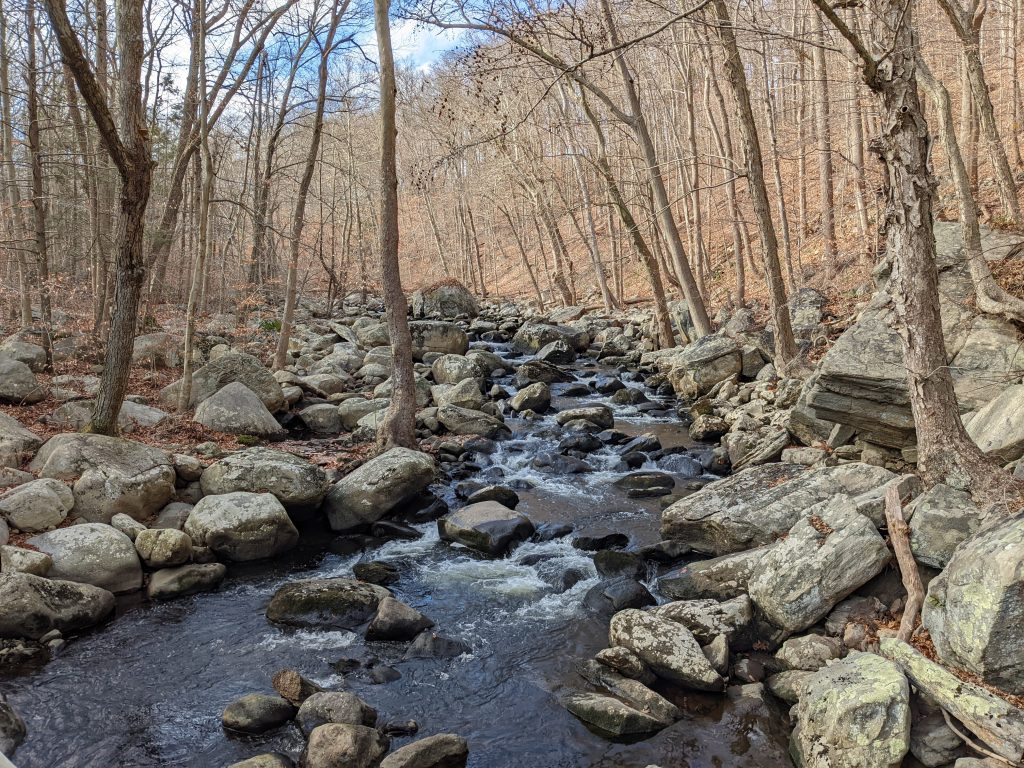 Eventually, we turned left onto the Popolopen Gorge trail which parallels Popolopen Creek.  There were many views of the Torne, this picture gives you an idea of what we climbed and came down. 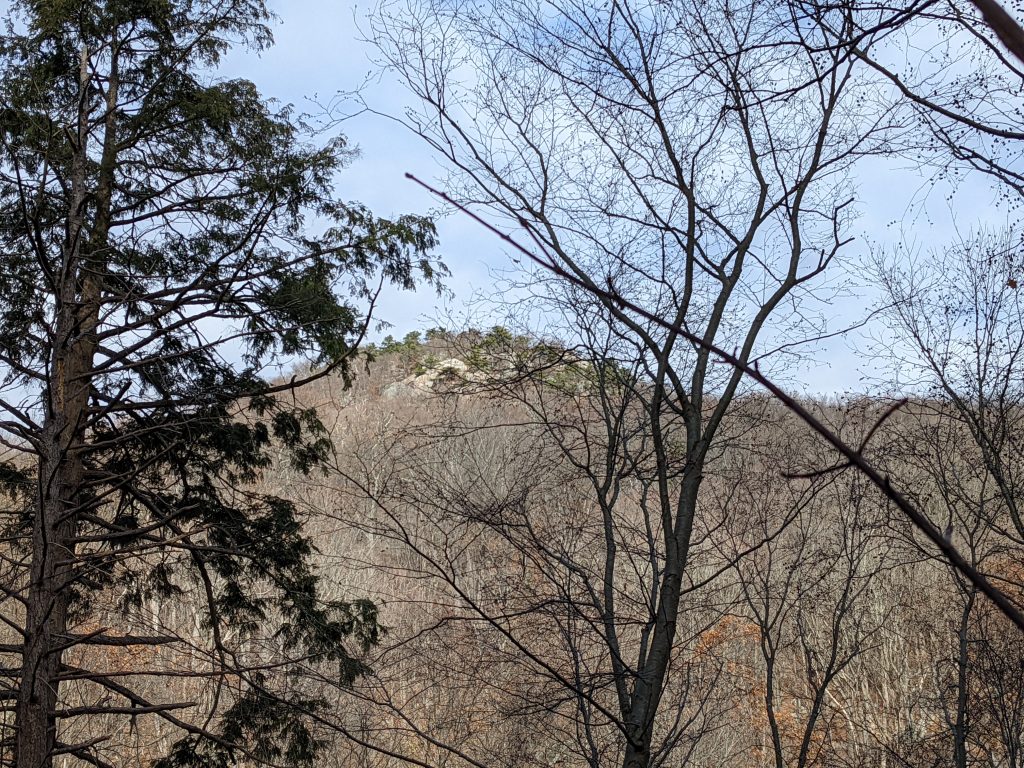 The Popolopen Gorge trail is relatively flat, and while it parallels the Creek, also parallels Route 6, so there will be some road noise here.  We stopped right by the creek for lunch with the only sound of rushing water. 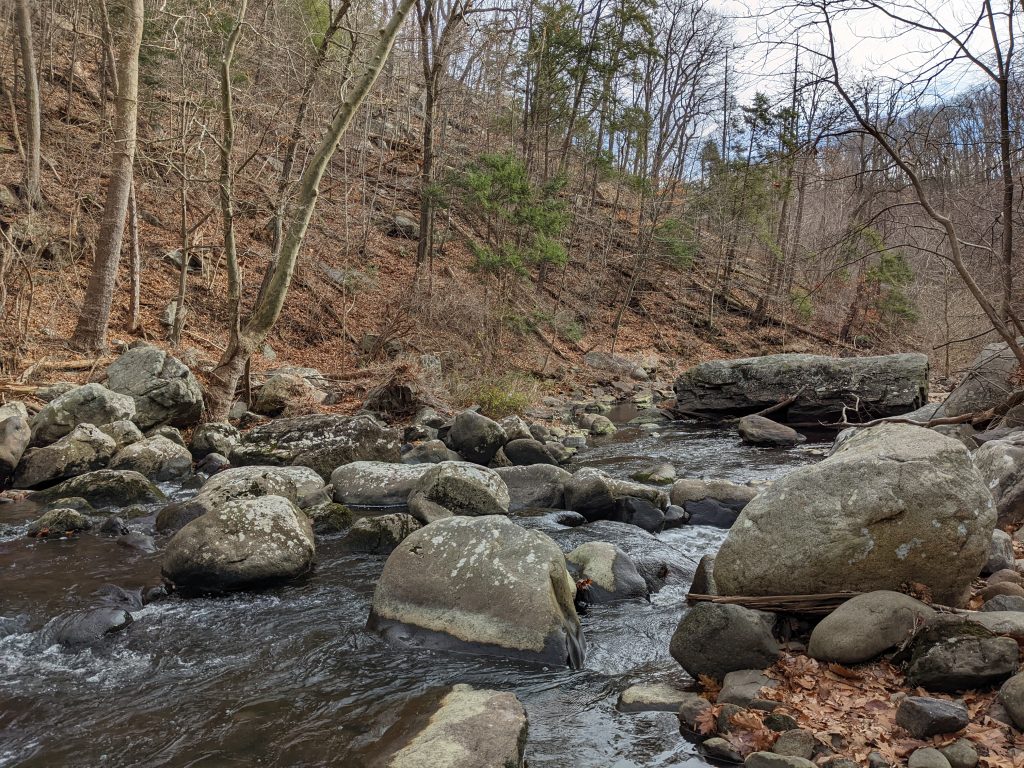 After lunch it was a short(ish) walk out.

However, we came across a group that had strung up high wires over the gorge and were crossing at various locations.  Of course we stopped to watch, and it was pretty neat to see.  There is NO WAY I would have gone out on those wires.  Not a chance.  You could see this activity well from the trail, and in one section the trail came right up to one of the sections they staged their gear.  In most of my pictures the people on the wires are obscured by the branches.  Look closely in the following picture to get an idea of what was going on. 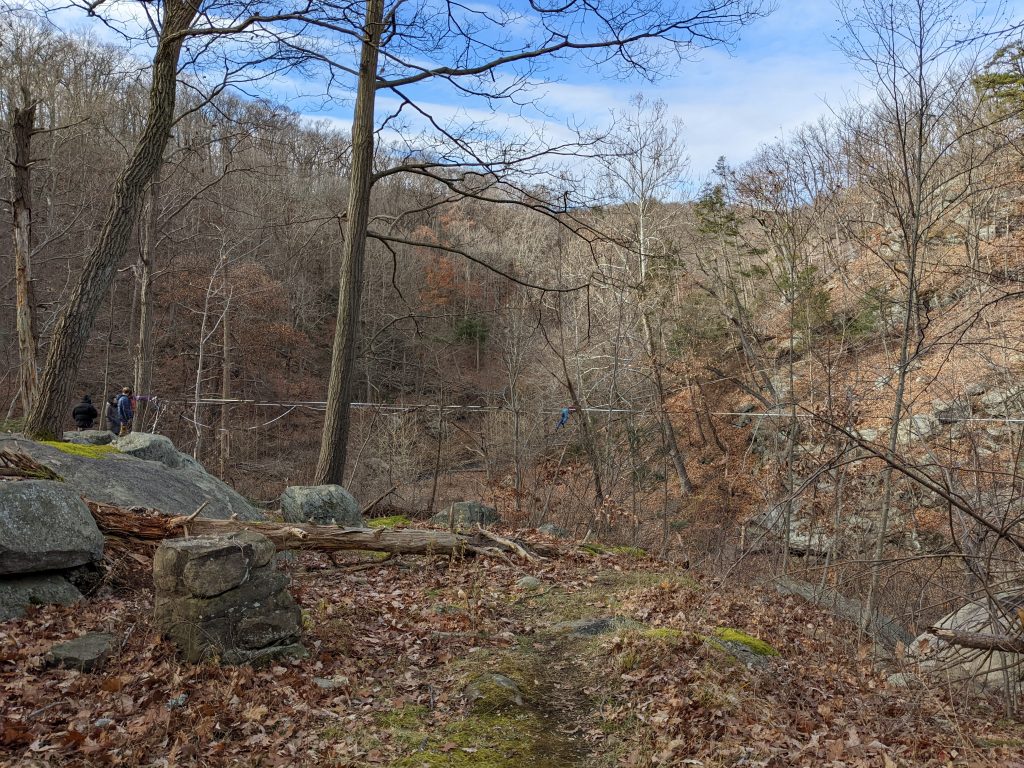 We finished the trail and headed over to Fort Montgomery where we walked around for a bit looking at the foundations of old buildings, redoubts, and gardens.  We took a small walk to the Popolopen Creek pedestrian suspension bridge, which was really neat to walk.  On the other side were some great mushrooms. 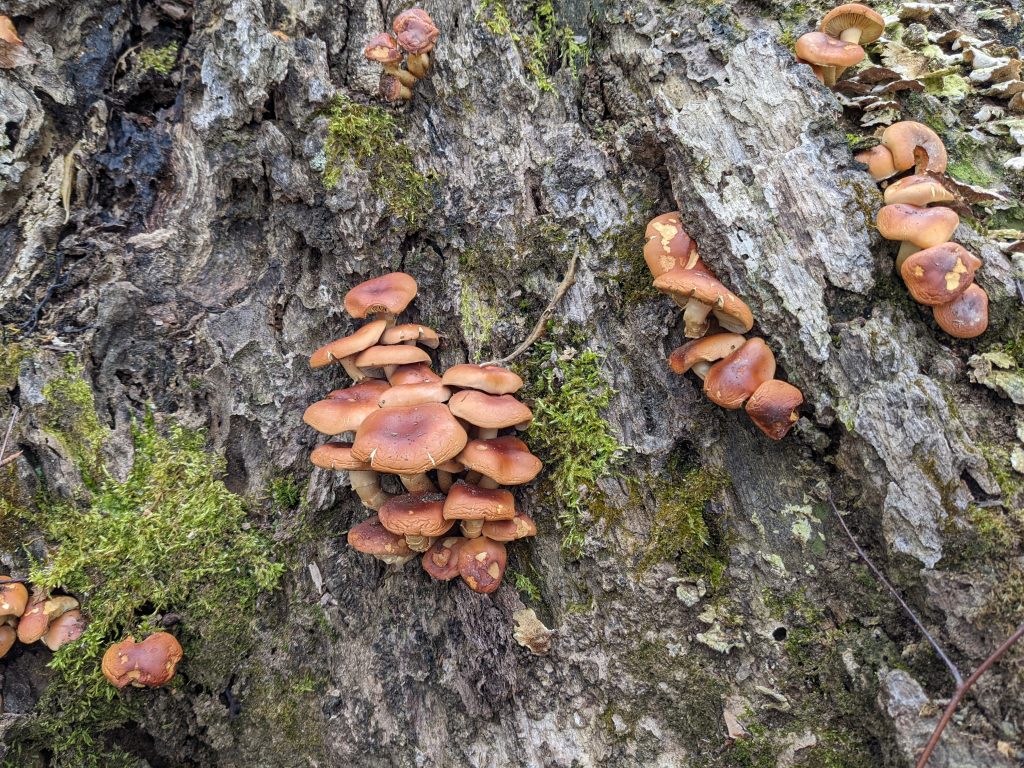 The trail, though, continued to Bear Mountain, and we were not going to attempt that. 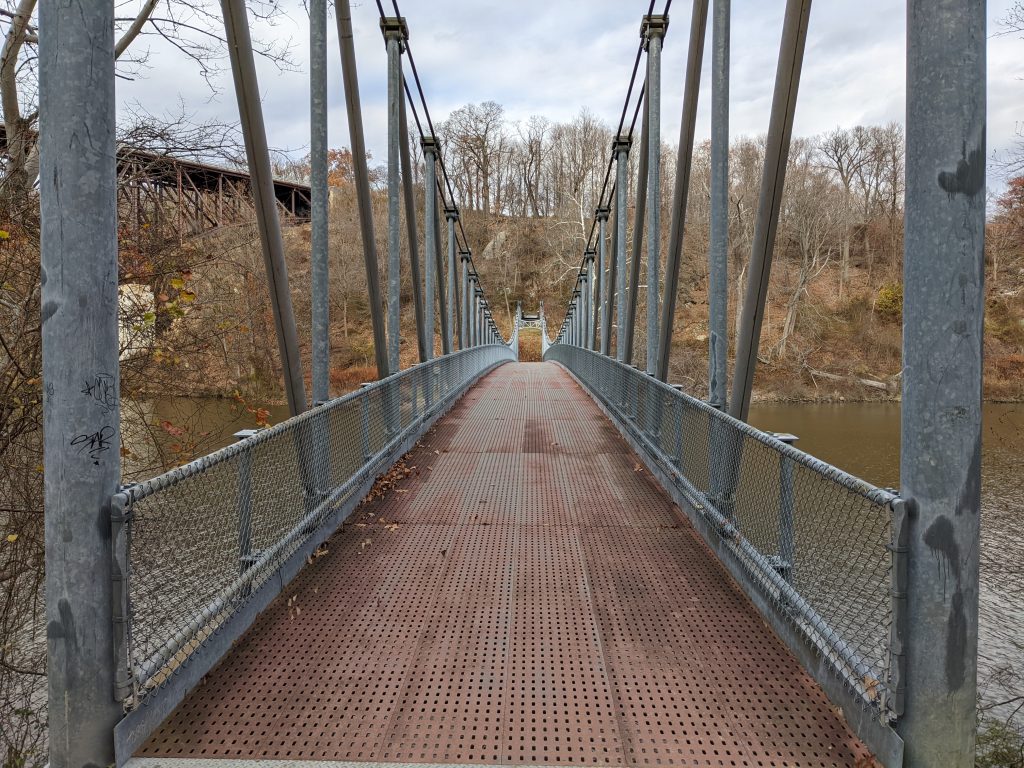 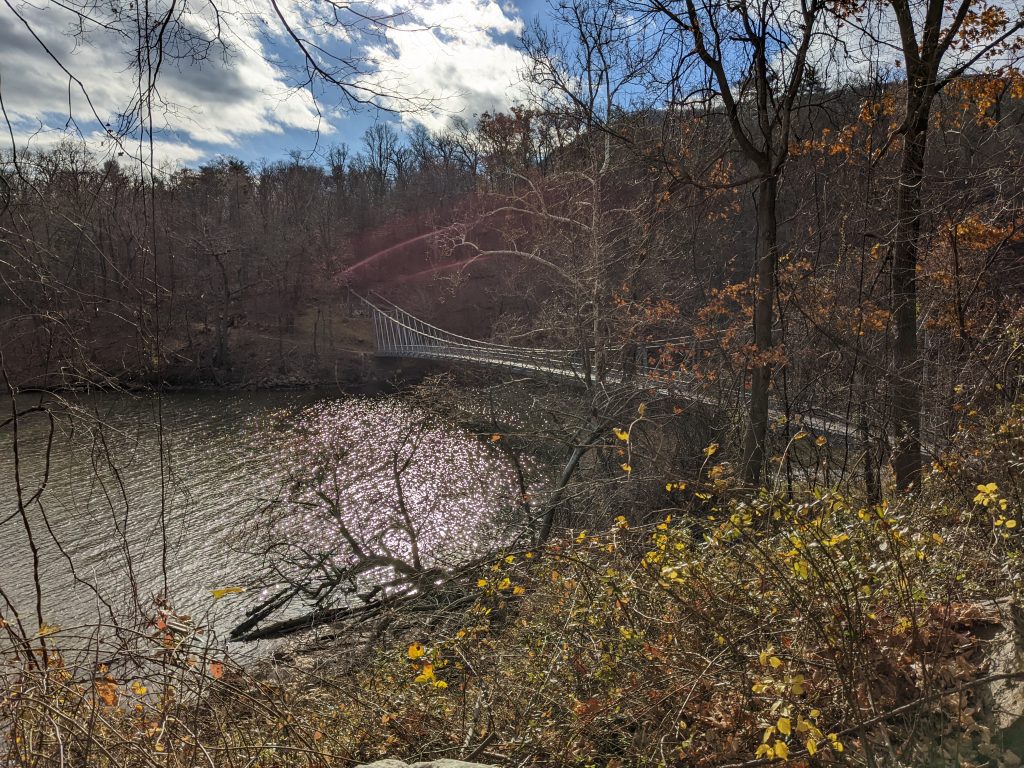 Monmouth County Park System, and Andrew and John, put on a great hike.  I look forward to other hikes with the group in the future. 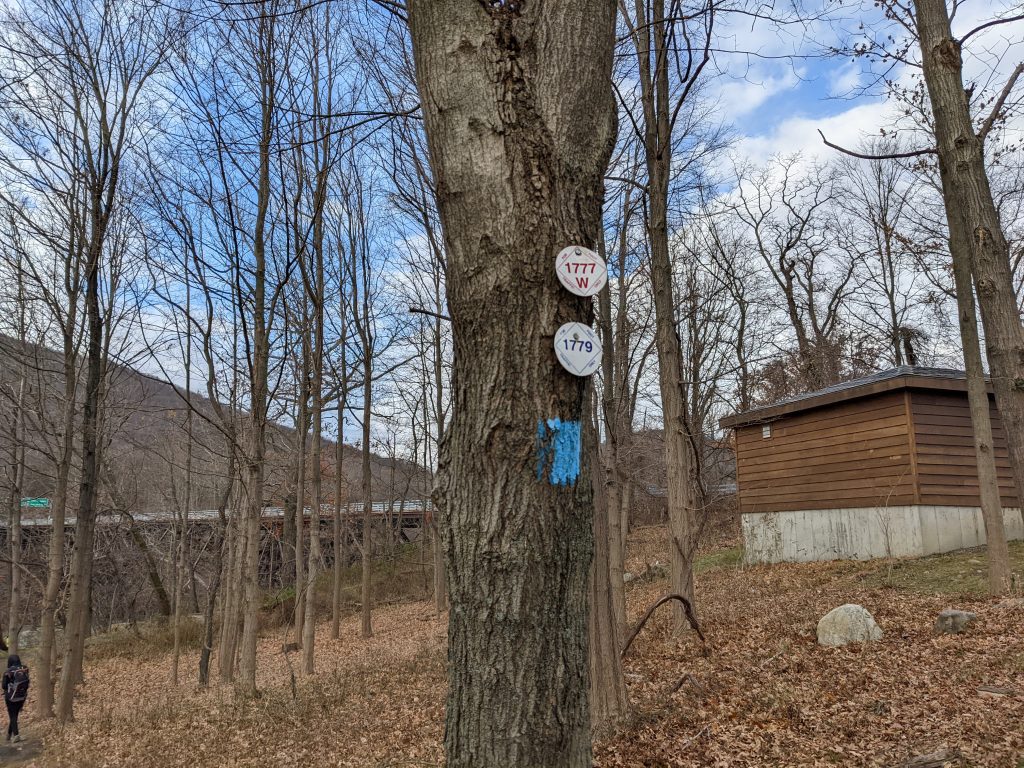 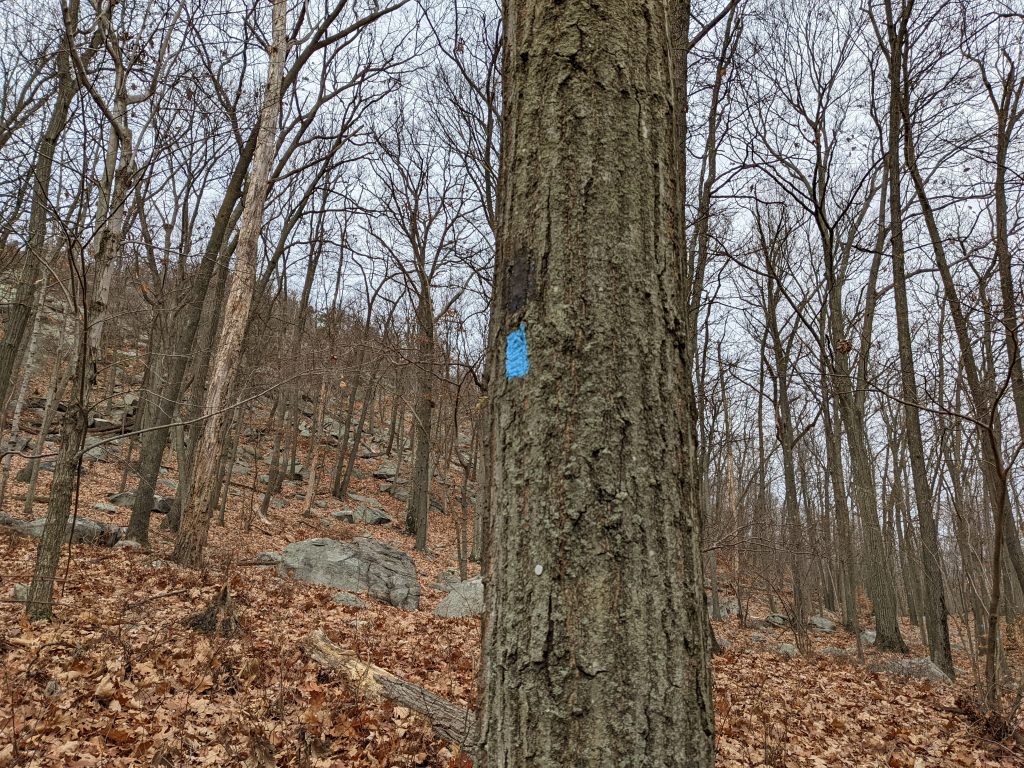 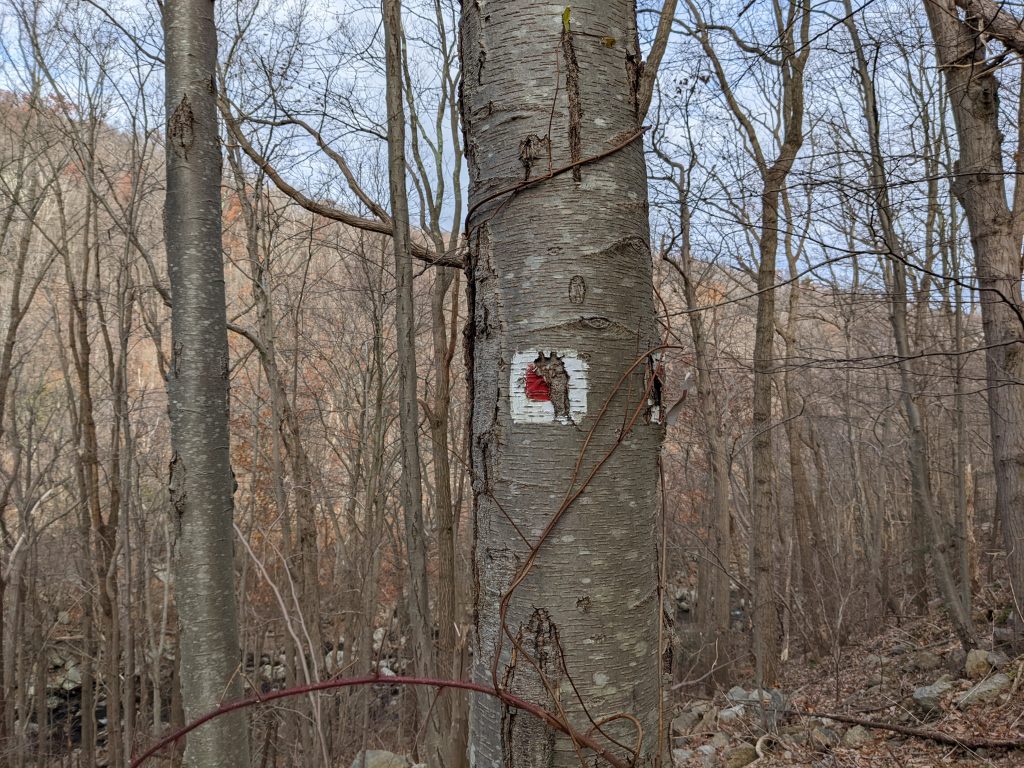