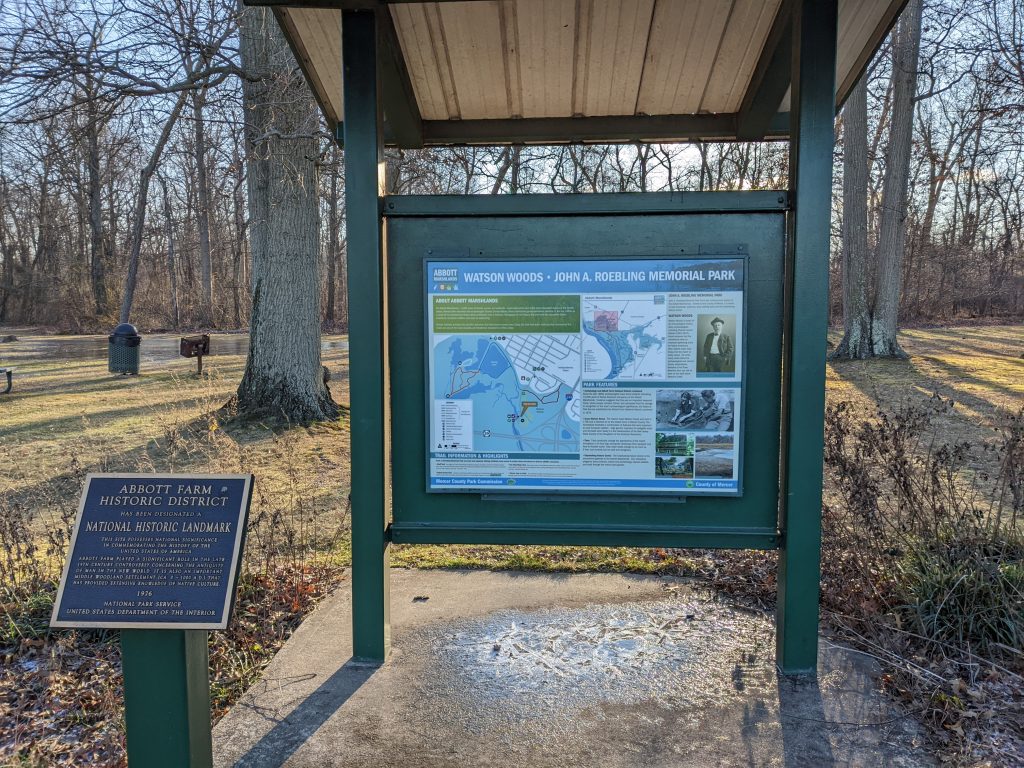 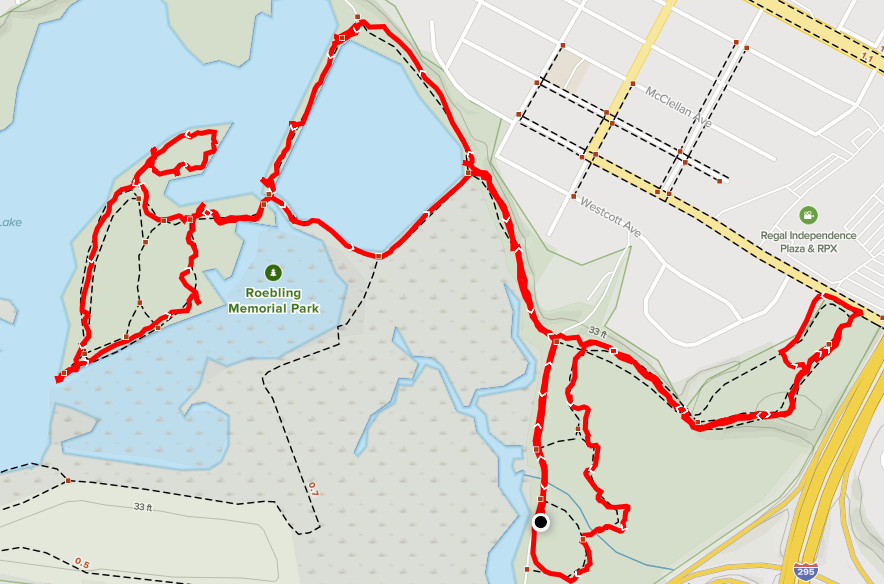 I had not gotten out in over month.  The holidays, commitments, you name it; it all conspired to prevent me from getting out.  I had planned to go somewhere last week, but we got a foot of snow on Saturday, and I did not feel like driving in that kind of weather.  So, today was the first day to get out.  And that I did.  In 26 degree weather.  With the wind blowing.  It was sunny, so once moving, it didn’t feel that bad – and the forests and wooded areas kept the wind down.

There’s a lesson to be learned here as well.  I’m pretty thorough in planning my trips, I like to keep the real surprises to a minimum.  I can’t help trail closures, or re-routes, or detours.  Roebling Memorial Park is the northern most part of the Abbott Marshlands.  There are other trails that go through the marshlands, including the Delaware and Raritan Canal trail which I did sections of last year.  So, in planning the trip for today, I looked at the map and thought I would take the Tidal Water Trail all by the creek, down to the Delaware and Raritan Canal, and figure out a way back.  Until I looked a little closer.  The Tidal Water Trail is trail for canoes and kayaks.  So, a little scrambling led me Roebling Memorial Park and the trails it contained. 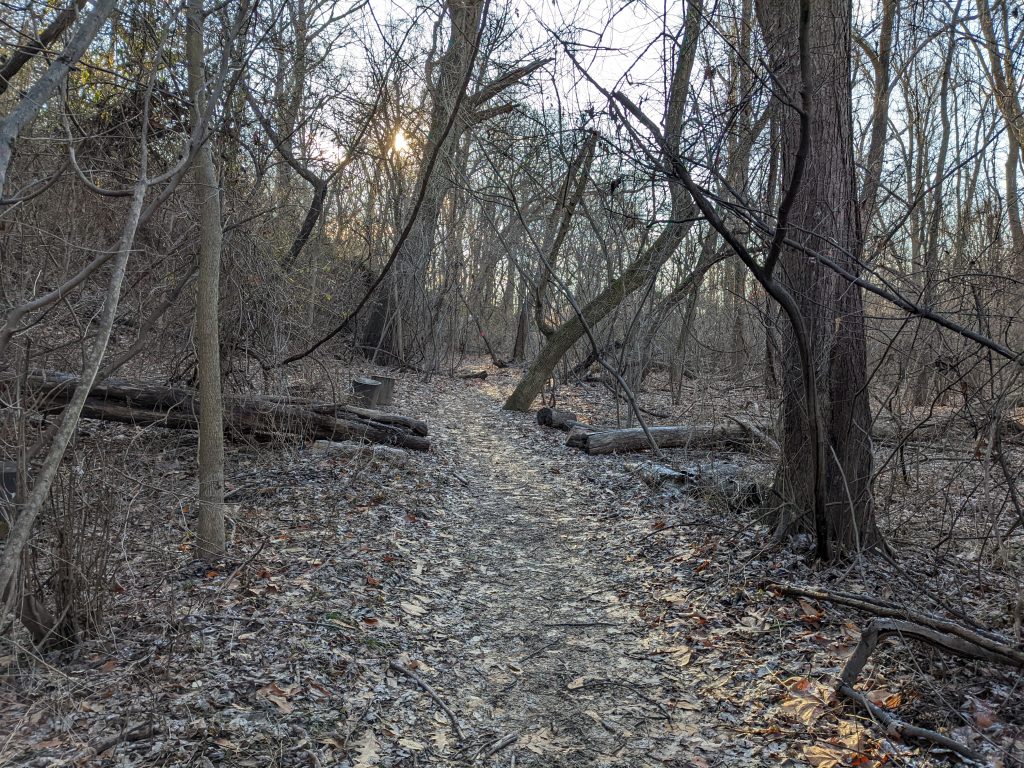 There wasn’t too much green.  Most of the green was made up of Holly Trees. 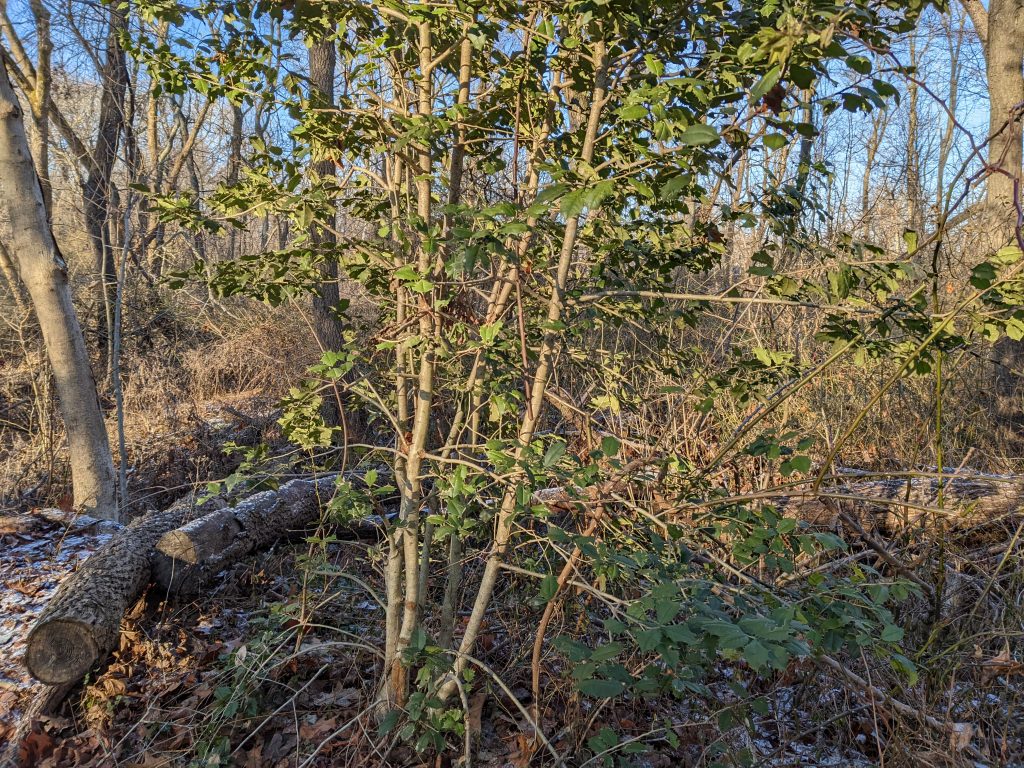 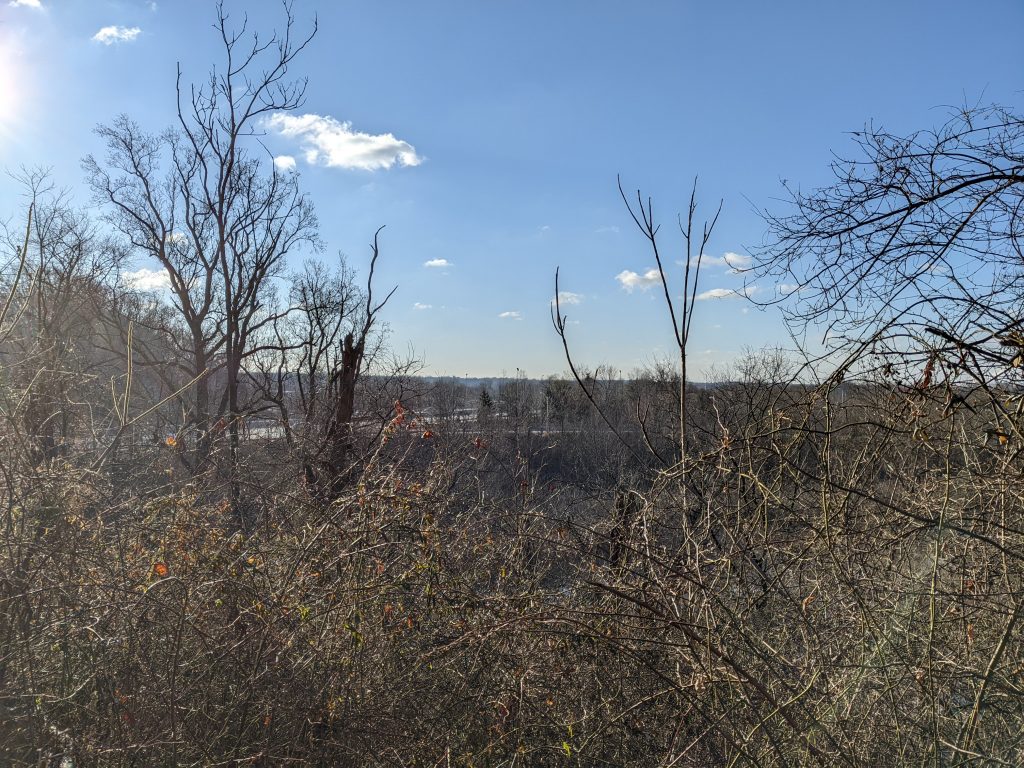 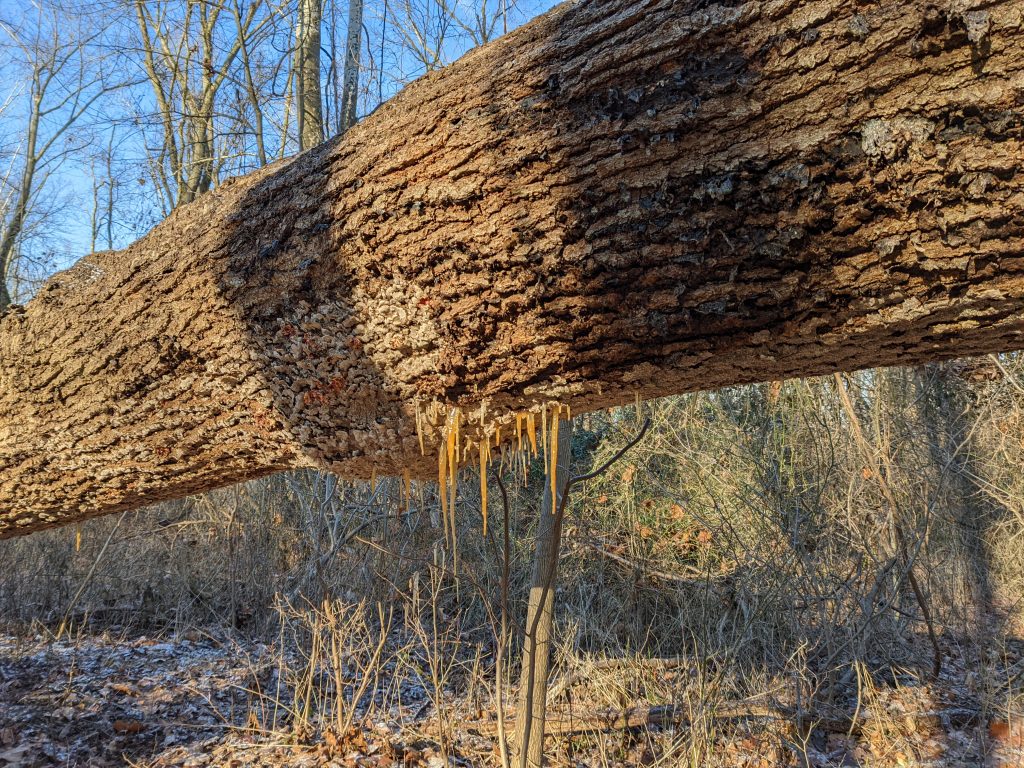 Many of the trails contained a light dusting of snow from yesterday’s storm. 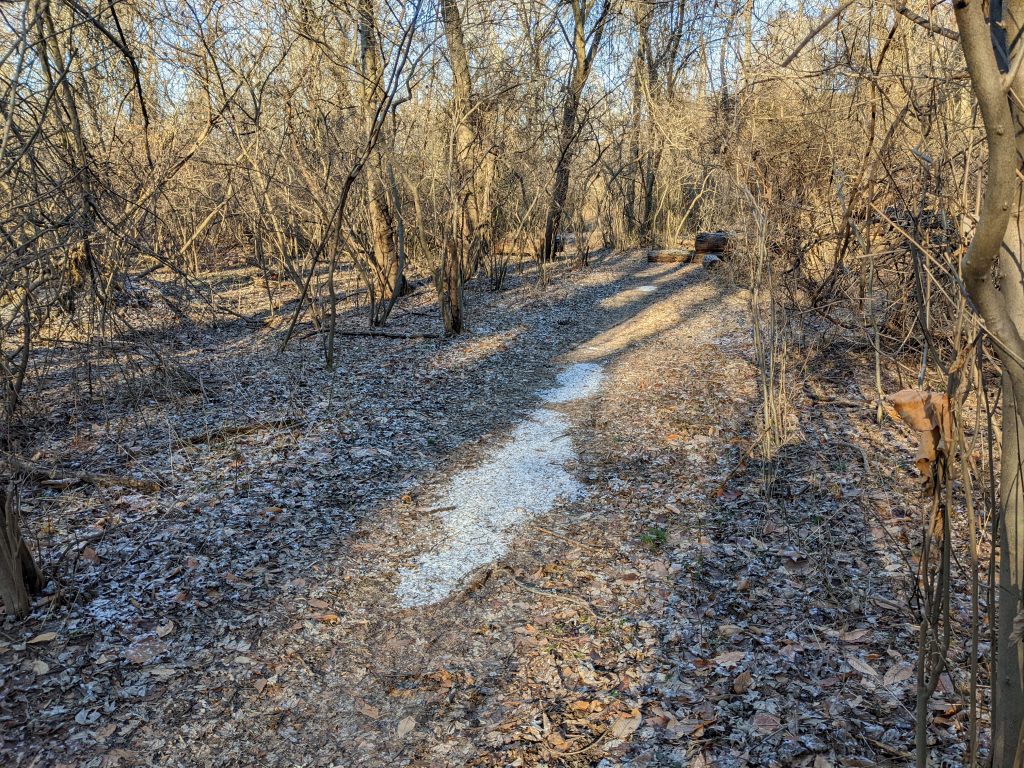 Crossing the bridge below, I could hear the ice creak and crack.

On the Abbott Brook Trail I had to cross over the water.  To do so meant crossing a bridge made of planks that had roofing shingles and small fencing wrapped around.  It was still slippery and one misstep landed you in frigid water.  I took my time over this.  I’m not sure it would have been much easier in warmer weather. 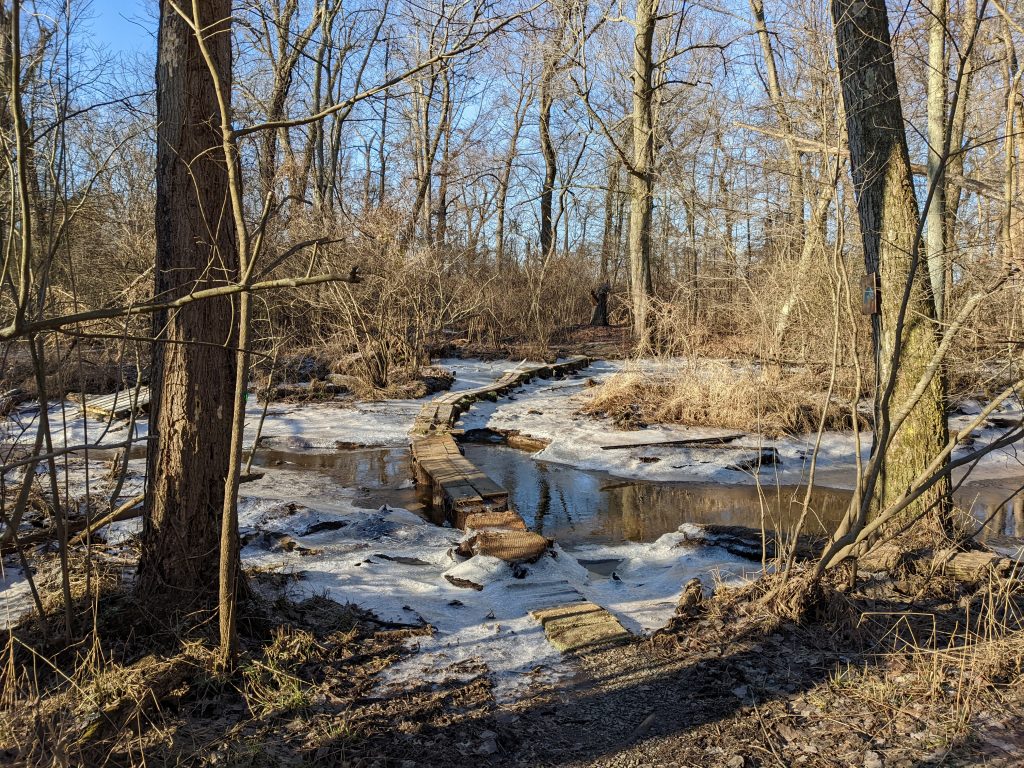 One the way to Spring Lake I passed an outlet for water to flow into the marshlands.  Normally, I don’t like graffiti, but both sides of this were painted appropriately. 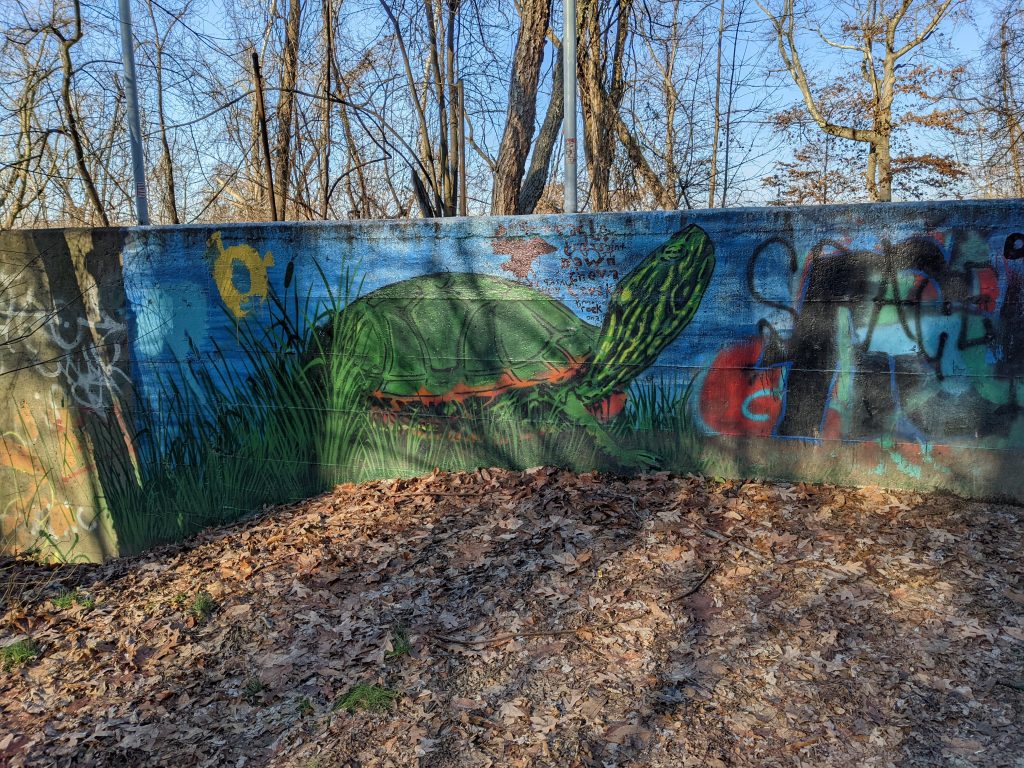 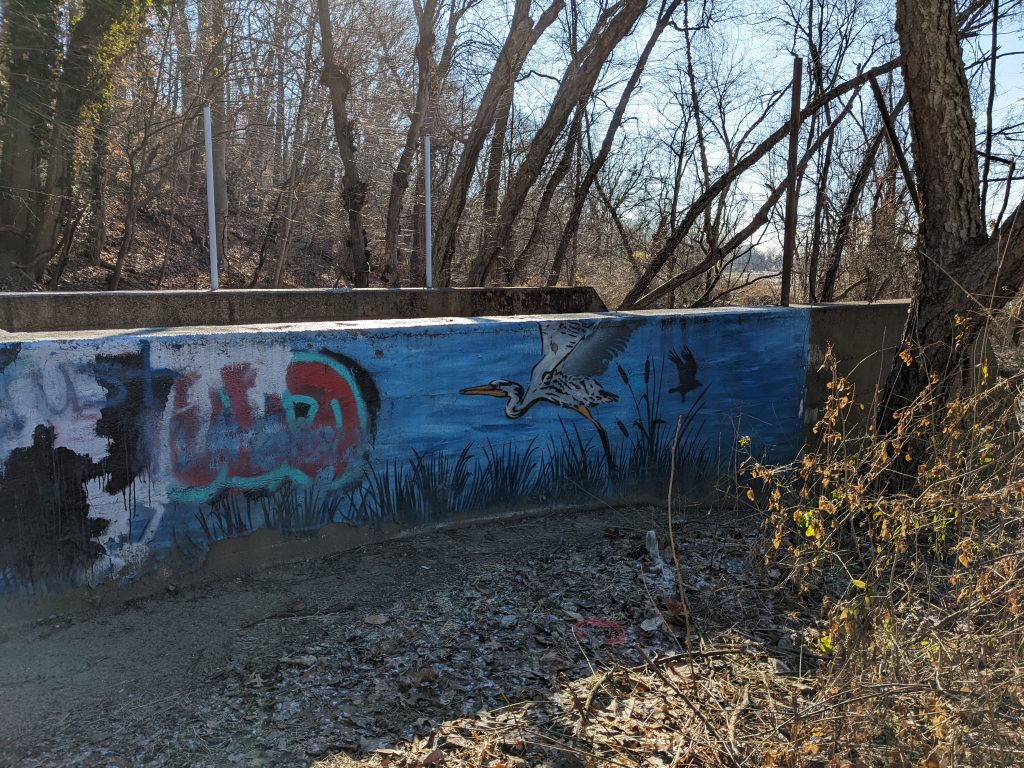 Silver Lake was mostly frozen over.  There were spots of open water that the geese were swimming in.  Definitely no hockey here. 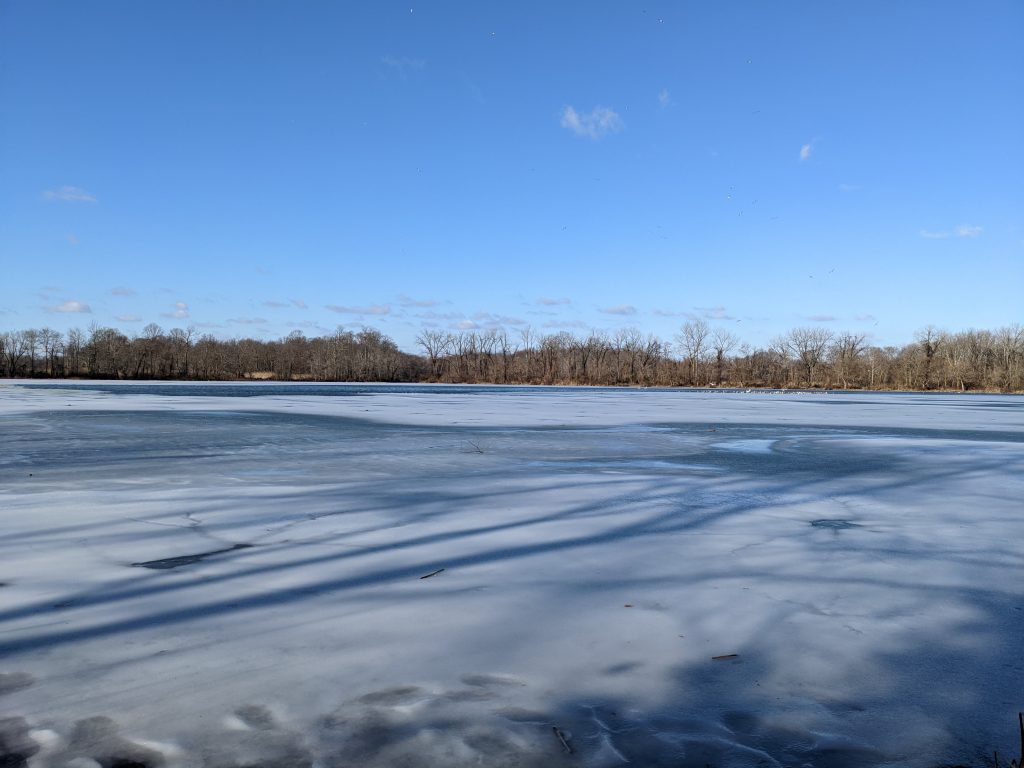 There was at one time an amusement park up the hill from the lake called White City.  It allegedly had rides including a Ferris wheel and merry go round.  The rides are long gone, but the “grand staircase” that led from the rides to the lake still remains. 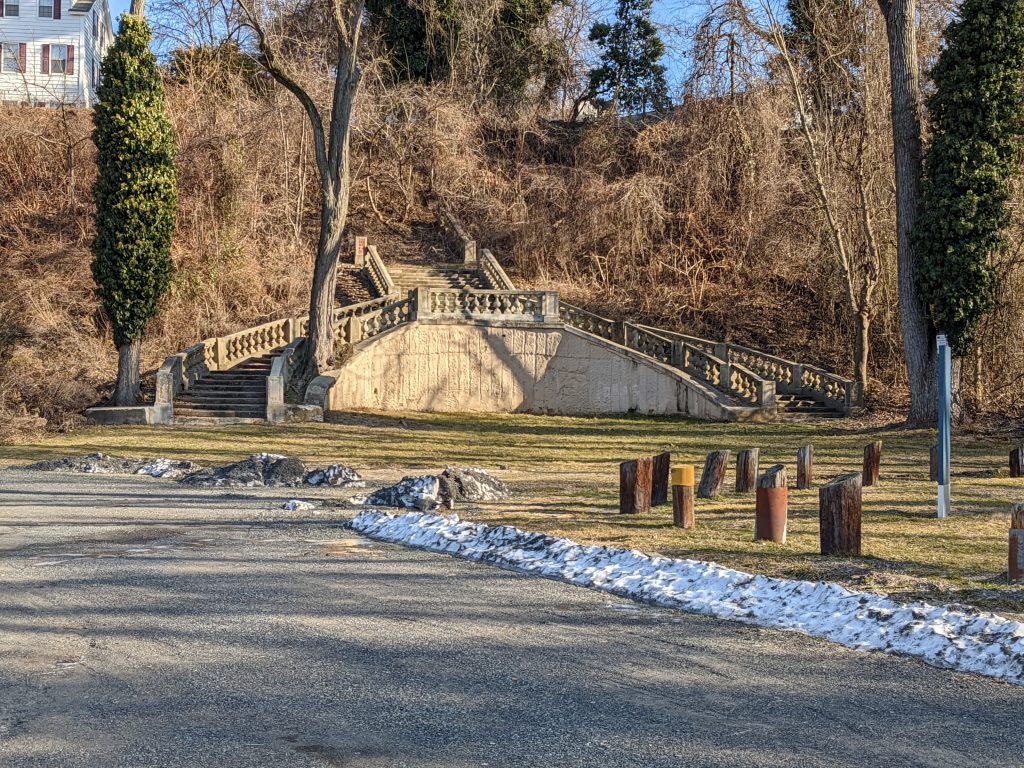 There were a couple of beaver lodges in and around the lake. 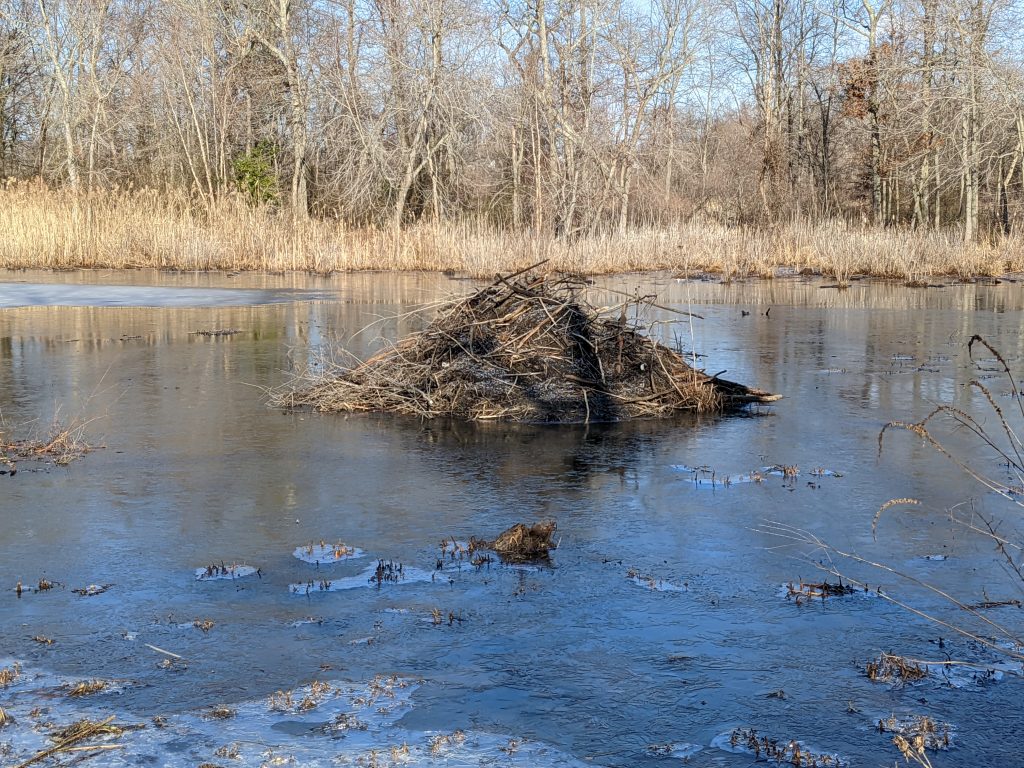 The Annabelle trail is where I found all the mushrooms and fungi. 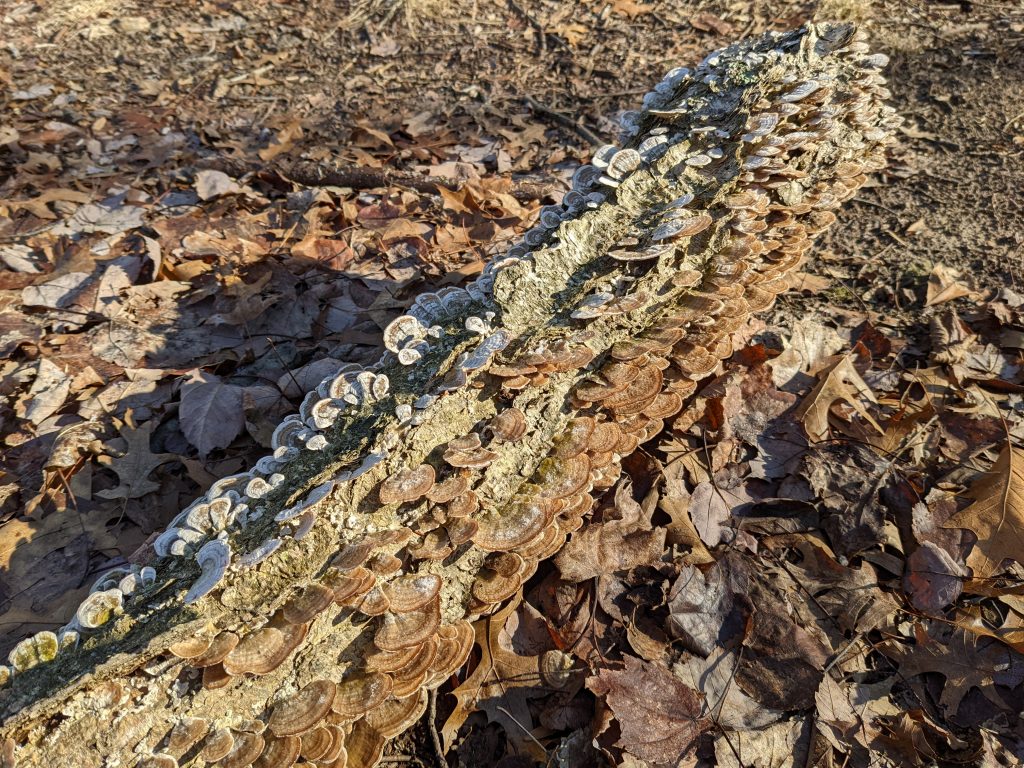 Lots of cattails, all round the lake. 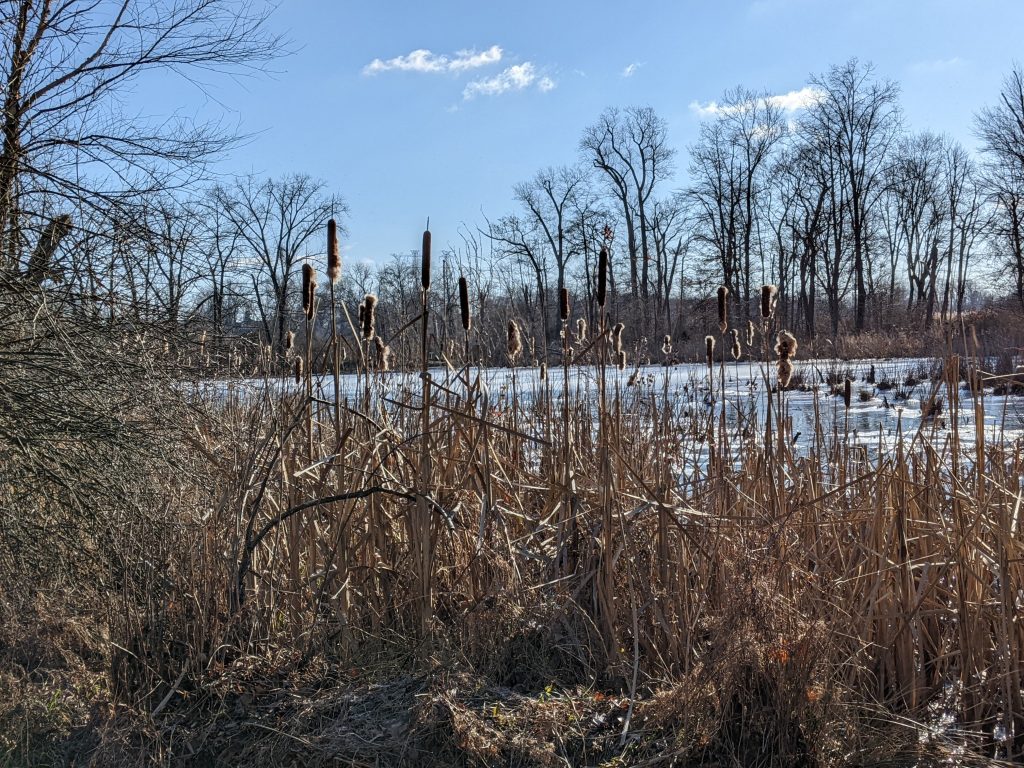 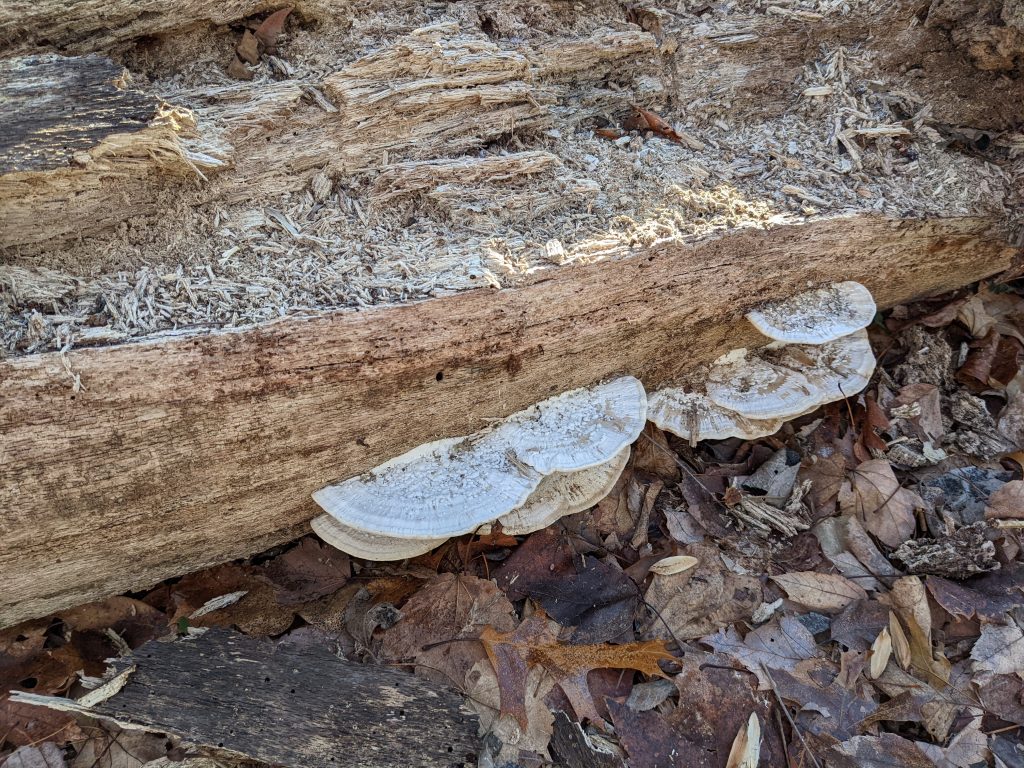 And plenty of evidence of said beavers. 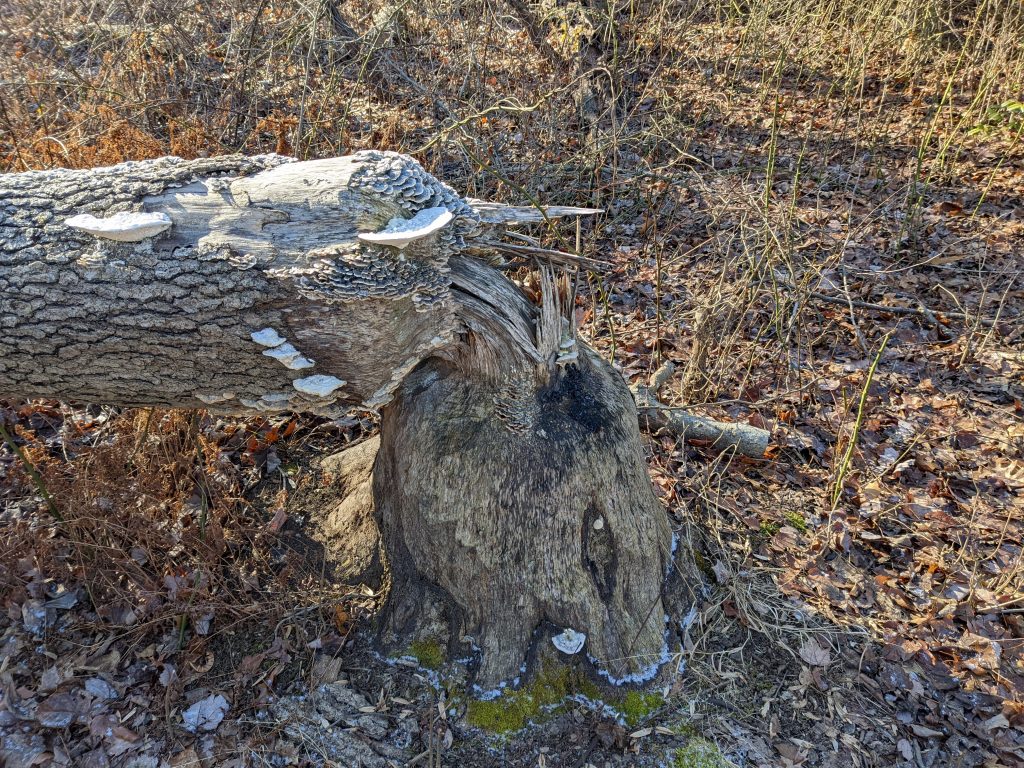 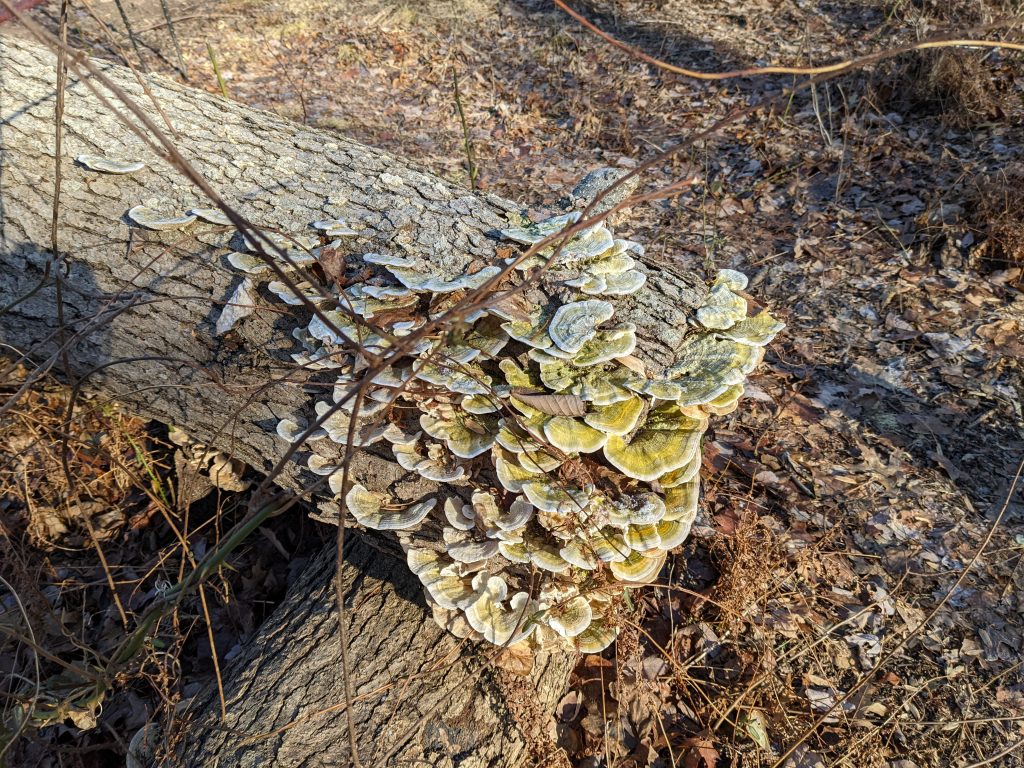 I was surprised to find this – as I saw plenty of signs prohibiting hunting. 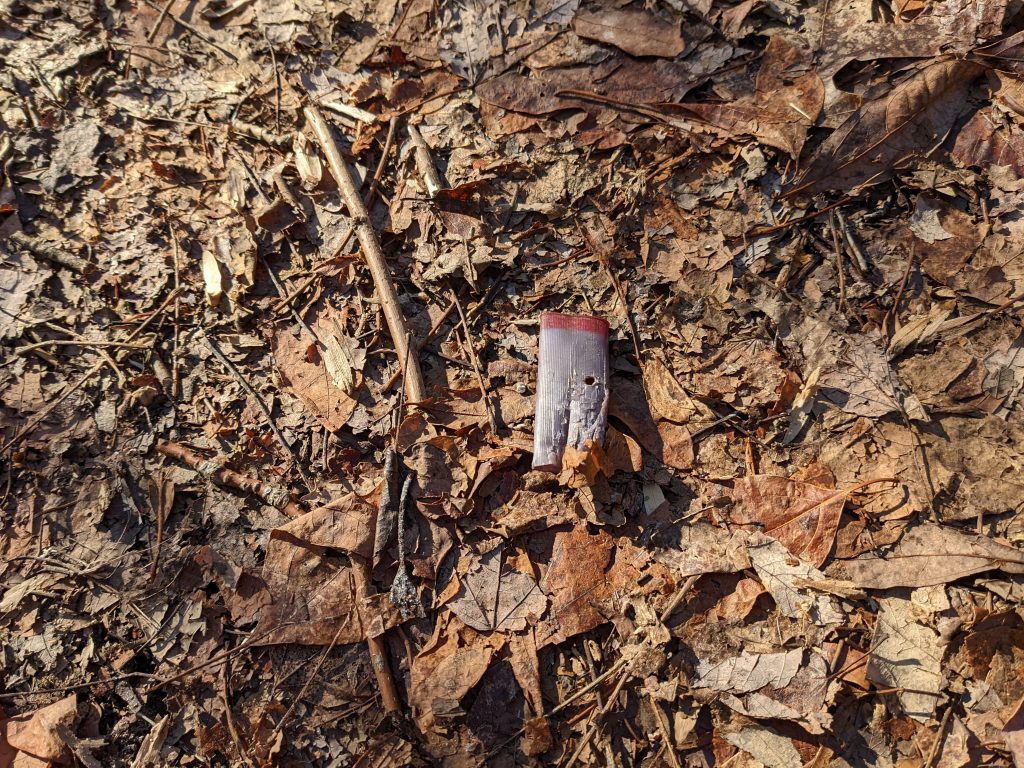 On the Island trail there were a couple of spots that had benches facing the sun.  And while it was cold out, and the wind was fierce; sitting in the sun felt pretty nice.  I imagine in the summer these spots are pretty hot during the day. 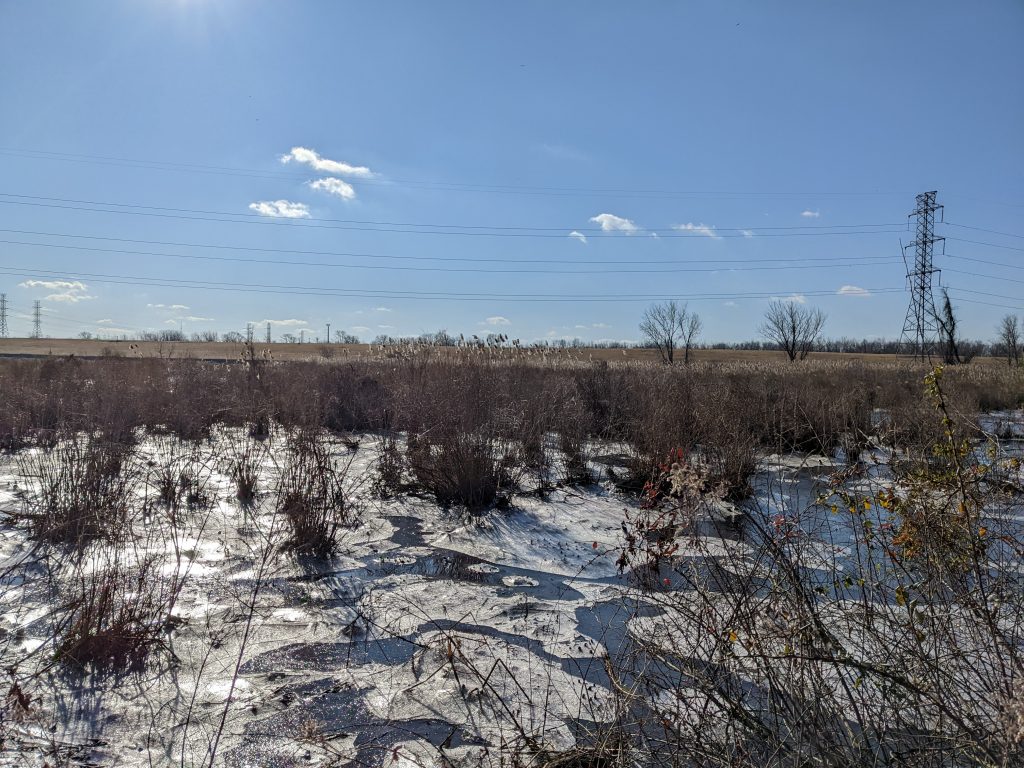 Just off the Island trail was a little spur trail.  As I was surrounded by water, I figured I would see where it leads. 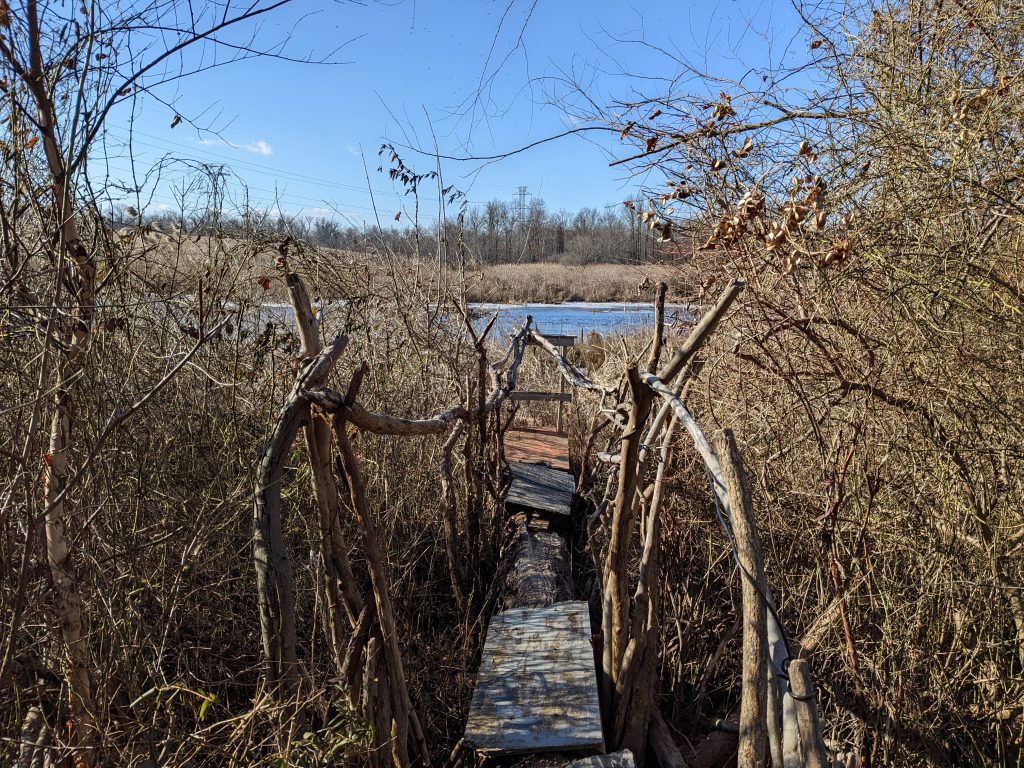 While nice, this is definitely not built by the park system.  In fact, it was pretty precarious going out.  There is a nice view at the end though.

Roebling Memorial Park was the perfect hike to begin the year.  The mileage was just right, and it was a good warm up for getting back into the trails.  Upon leaving I saw more cars, and I can imagine in the summer the park can be crowded. 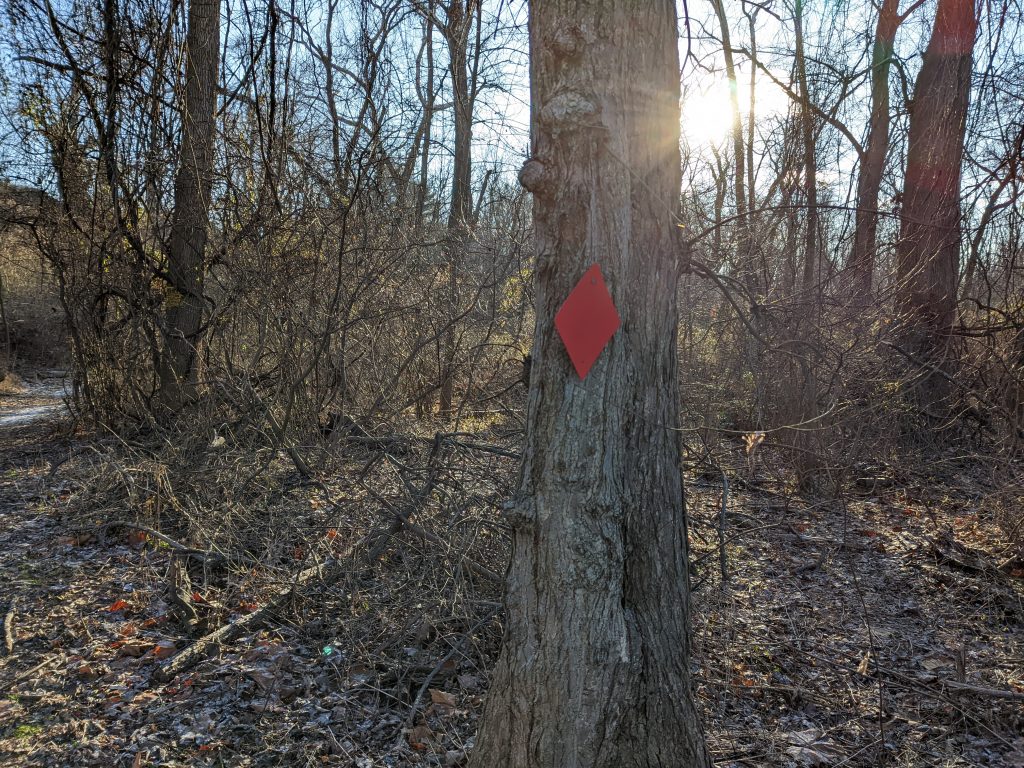 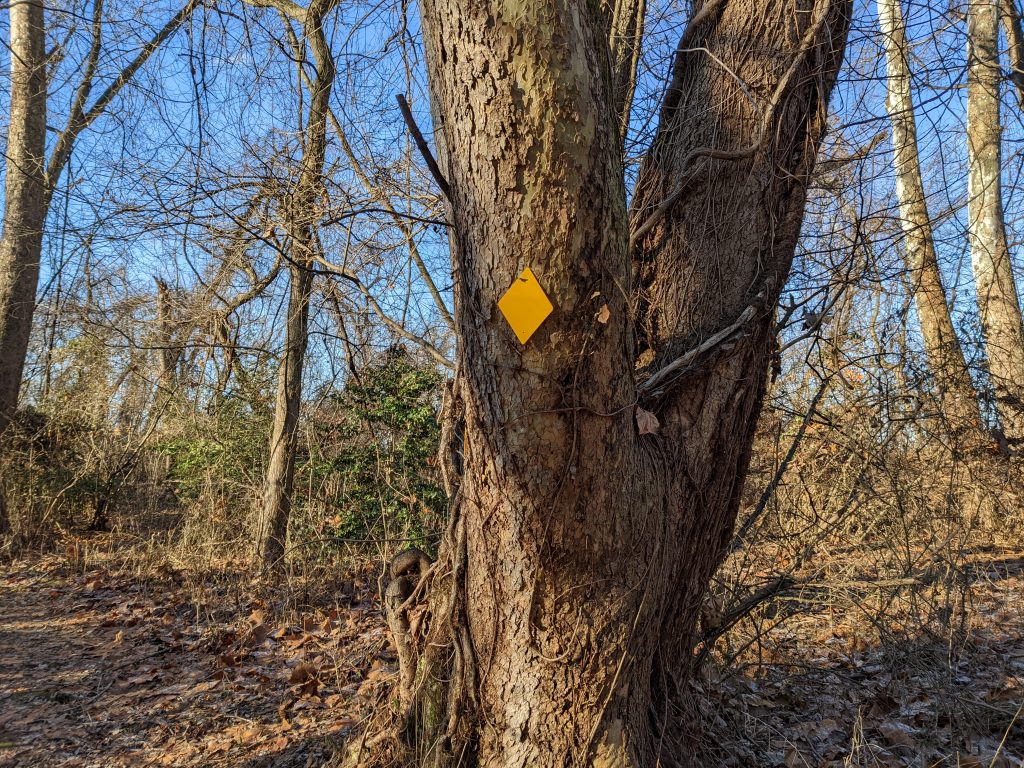 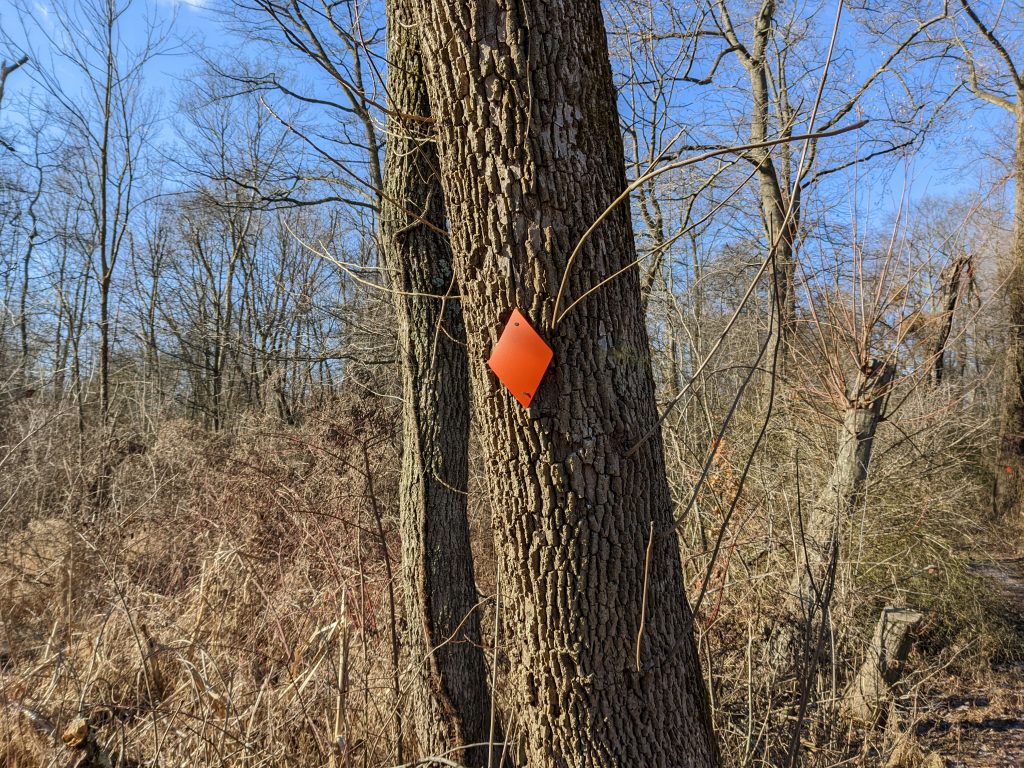 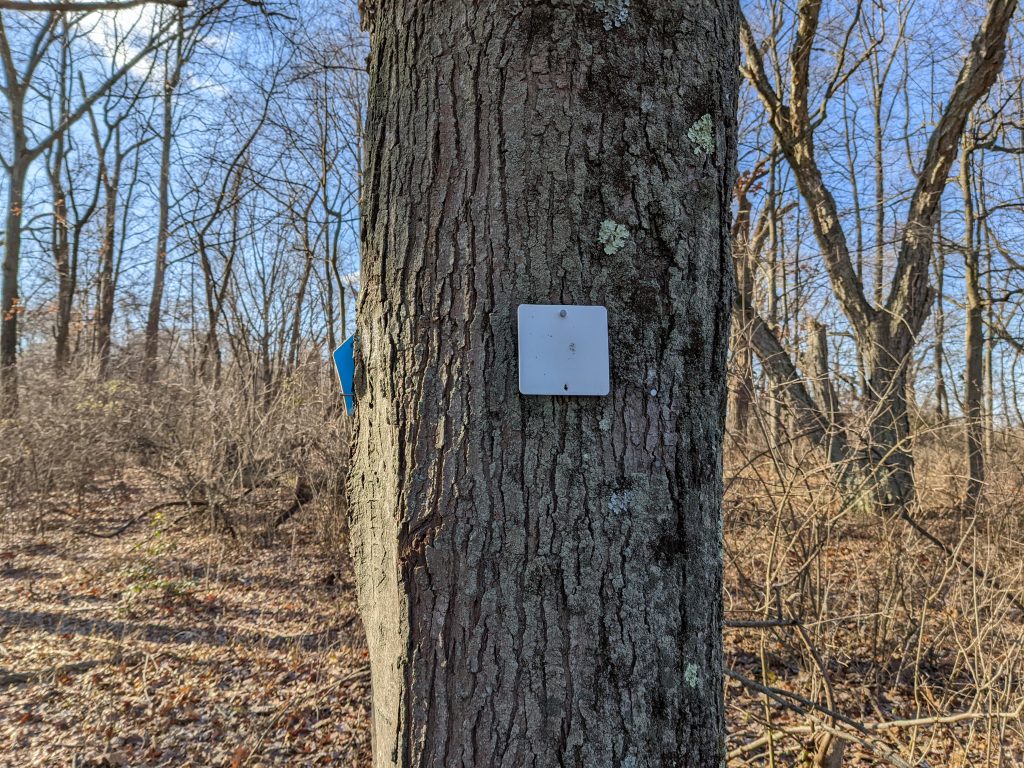