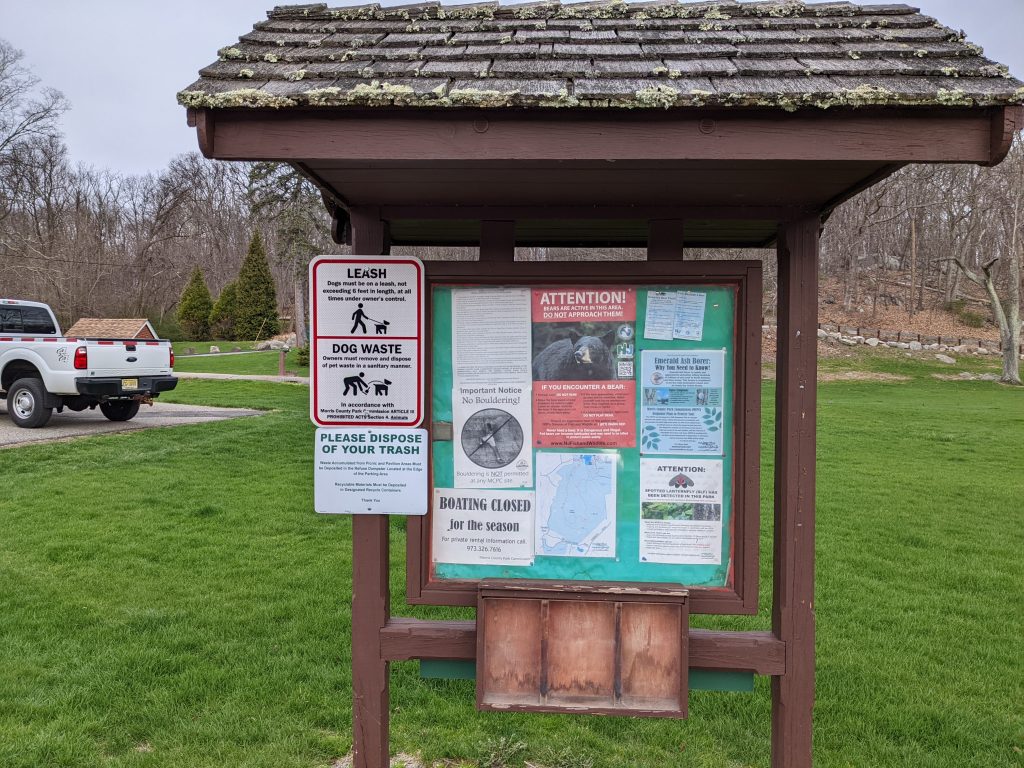 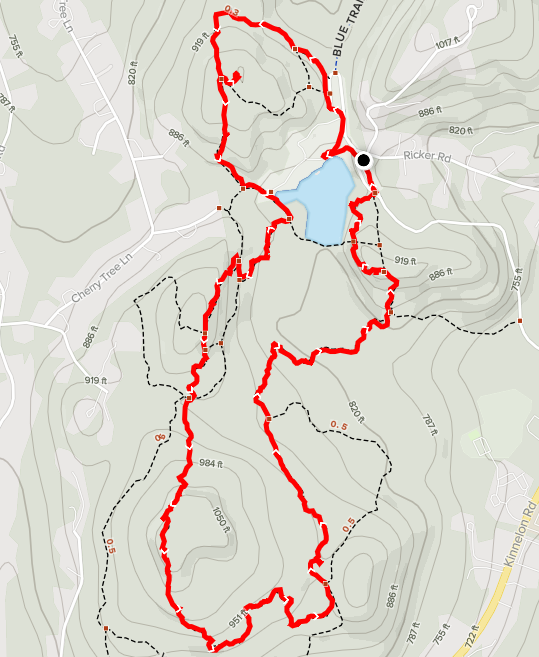 The weather called for scattered thunderstorms after 3:00 in the afternoon; I went more than prepared.  I did not have to worry.  It was partly cloudy for the whole time, with the sun coming out for the last half hour or so.  In fact, with the sun out, I shed my fleece.

This was a nice hike through a nice park, though I thought the park was bigger than it is.  The main entrance on William Lewis Arthur Drive was closed, I made the next left on Ricker Road and it brought me to the same parking lot.  There is plenty of parking, though I suspect it gets filled in the summer months. 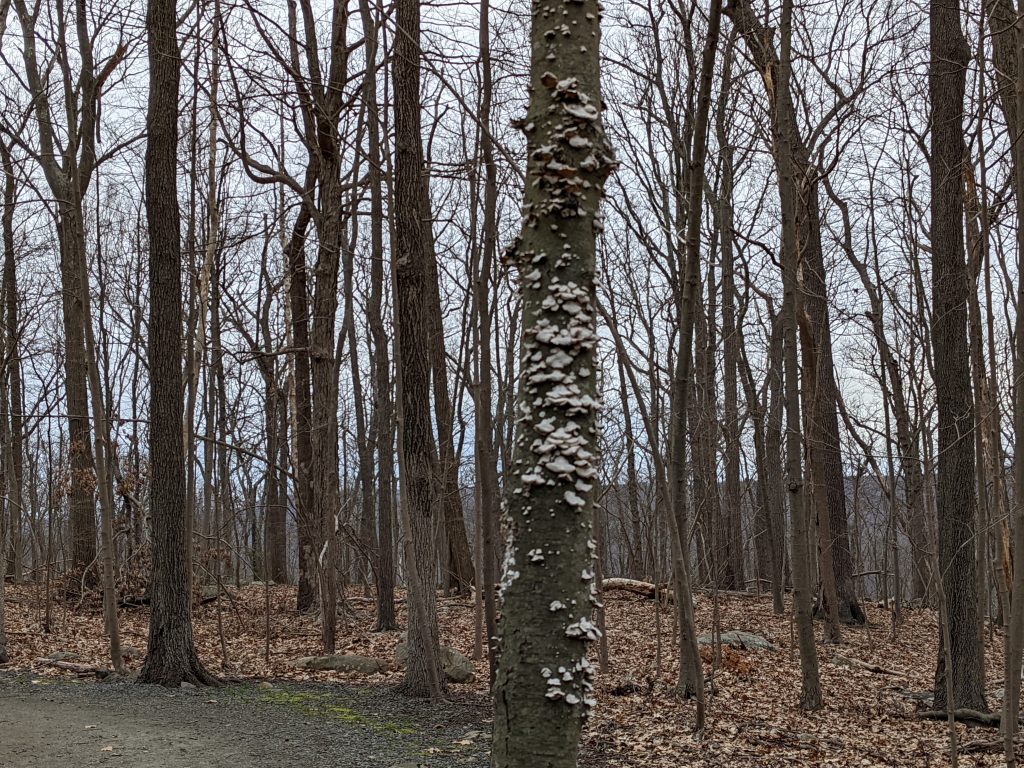 I traveled counter-clockwise, and started on the Red Trail.  This trail is essentially a woods road, it is fairly wide and flat.  Immediately, I noticed that gnats were out, and out in force when the breeze was not blowing. 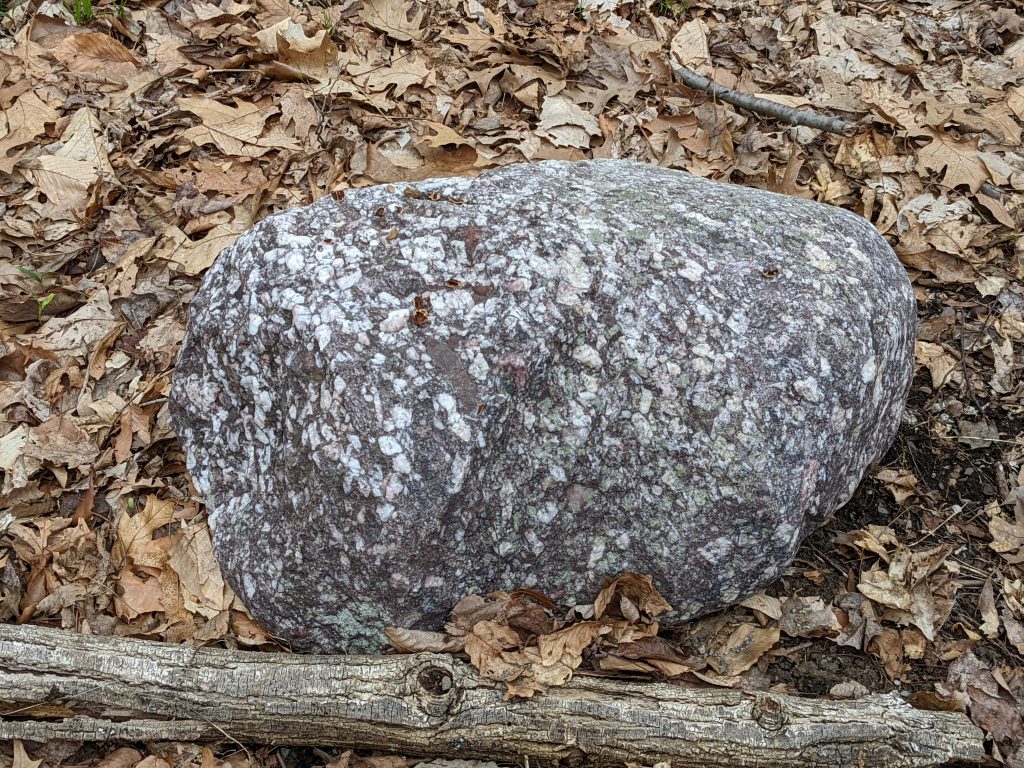 All through the park are benches on trails; some of the small variety, and some larger; erected by  a scout for his Eagle Scout project.  Some are found at some of the viewpoints which make for a nice place to take a break. 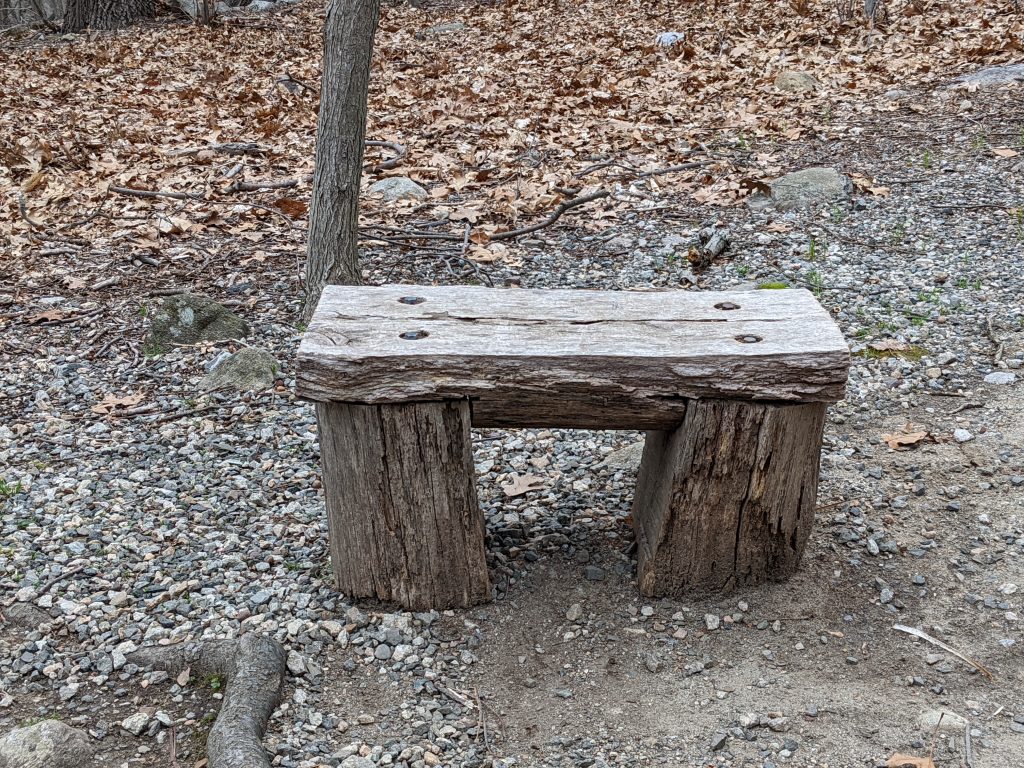 The Red Trail ends abruptly in the outfield of a softball field.  Fortunately a game wasn’t going on, as I would have been in the field of play. 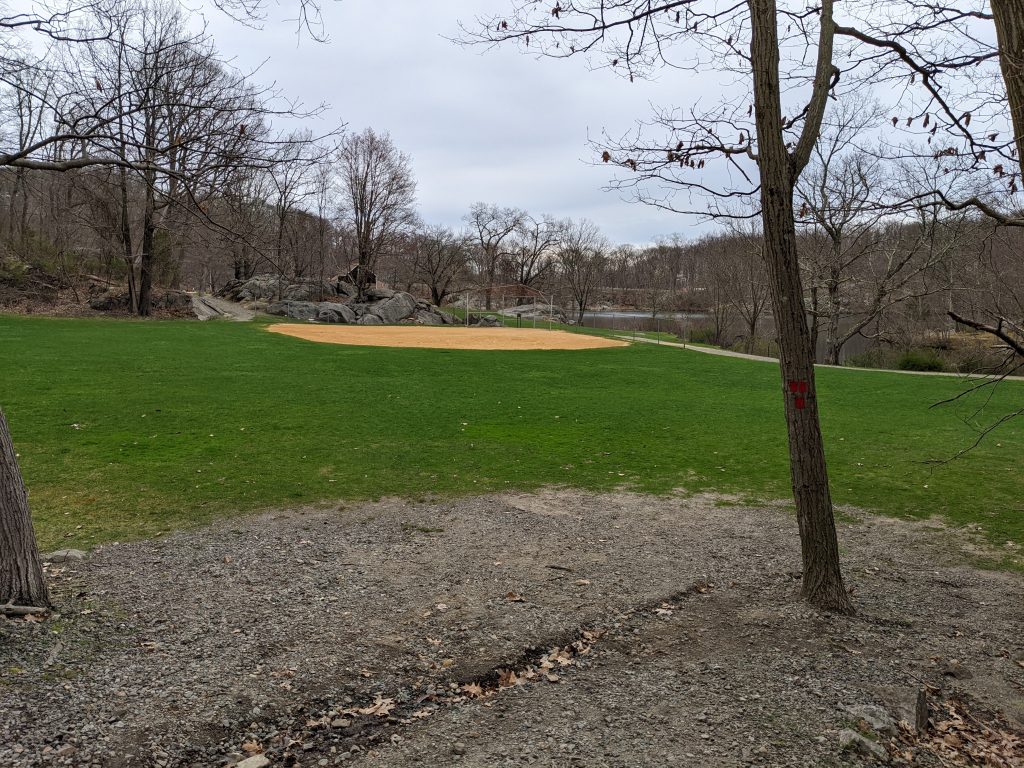 To get to the White trail from here, make a right, and follow the unmarked trail.  A directory will be on your right, and the White Trail heads off into the woods from there.

Spring is coming, these Mayflowers will be in bloom before we know it. 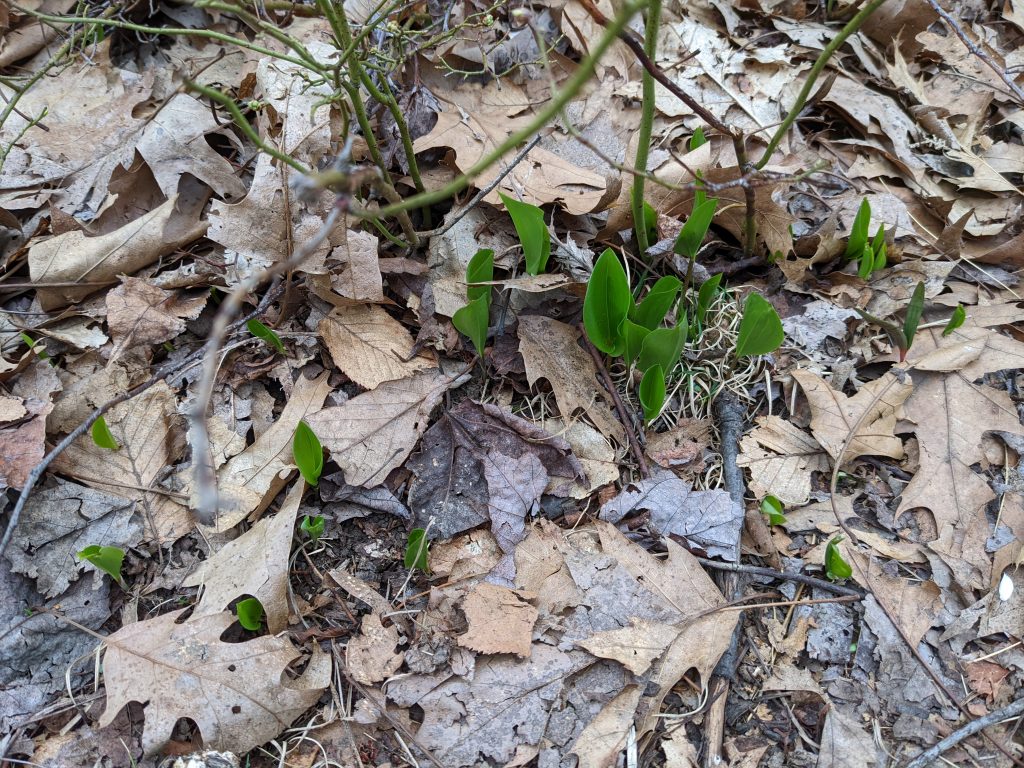 This is what I was looking for, and something I hadn’t done in a while.  Steep uphills. 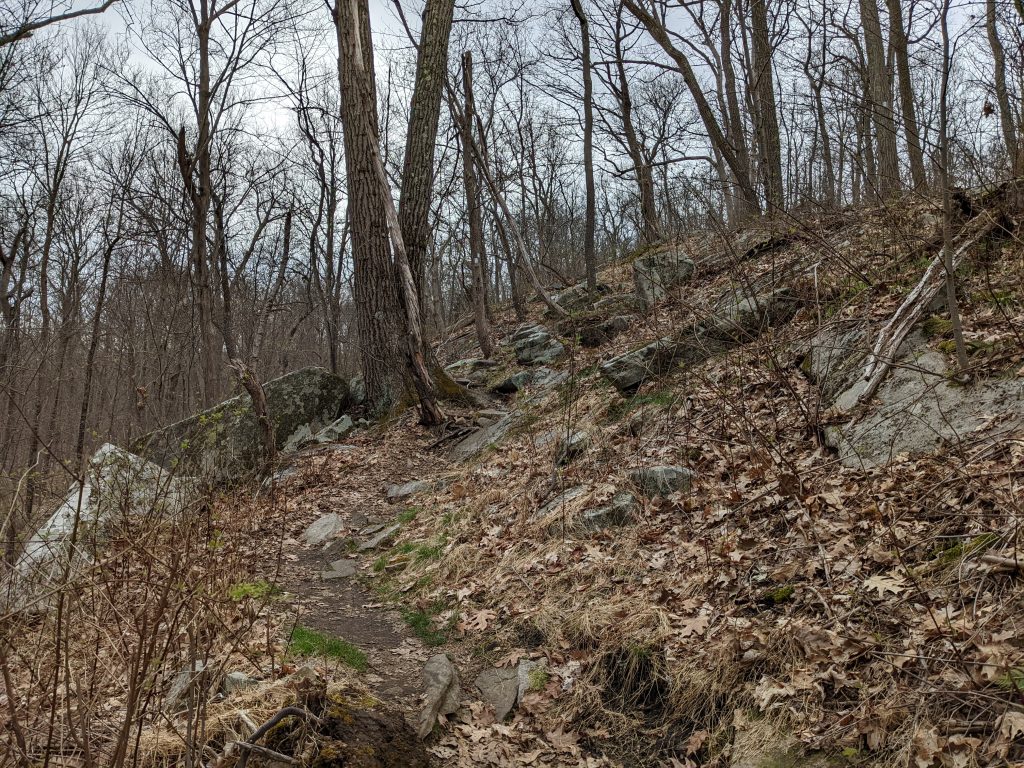 The trail winds its way up to the ridge, and there were quite a few nice viewpoints.  There aren’t any leaves on the trees yet, so there is not much color.  But you can see for a pretty good distance. 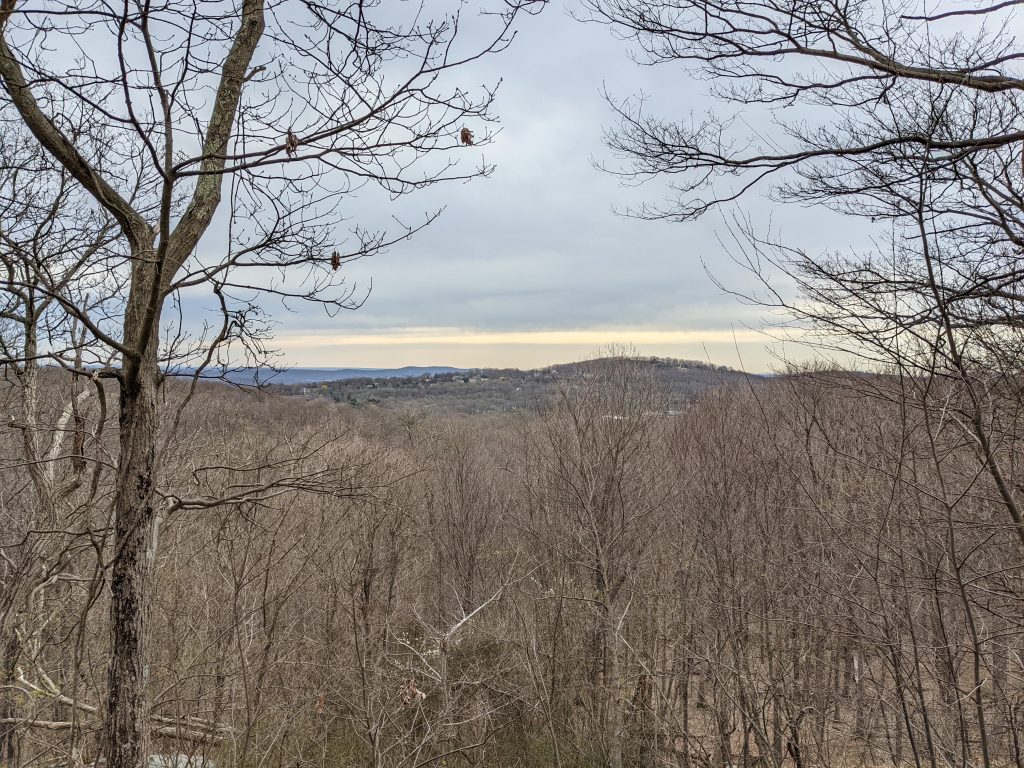 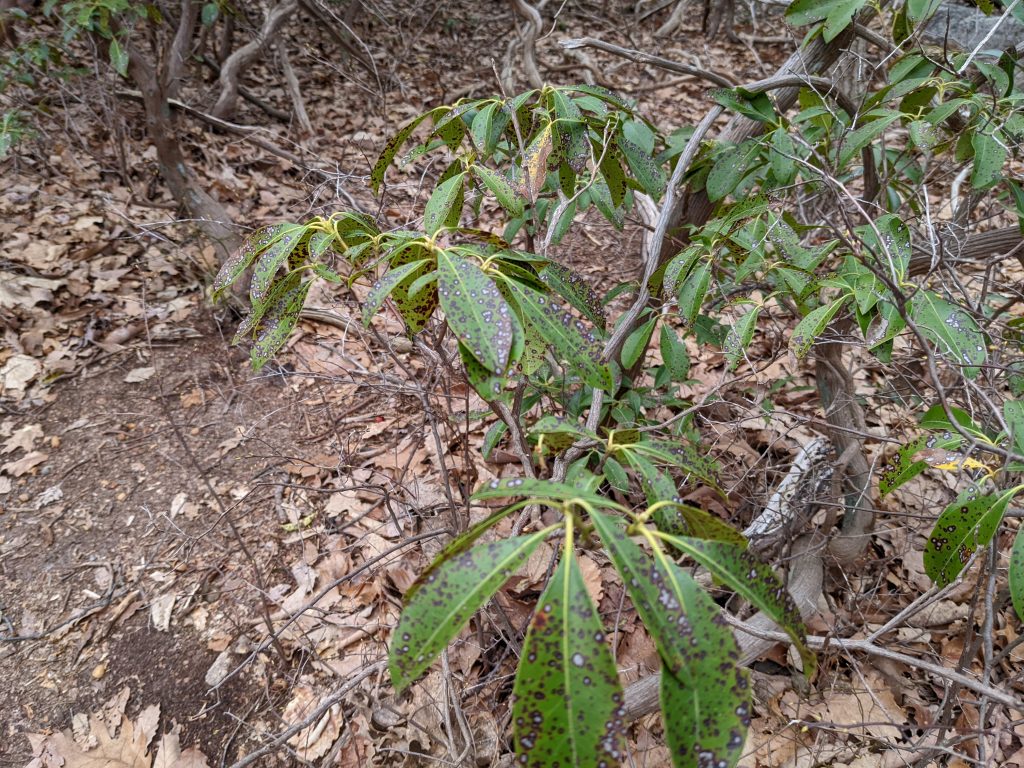 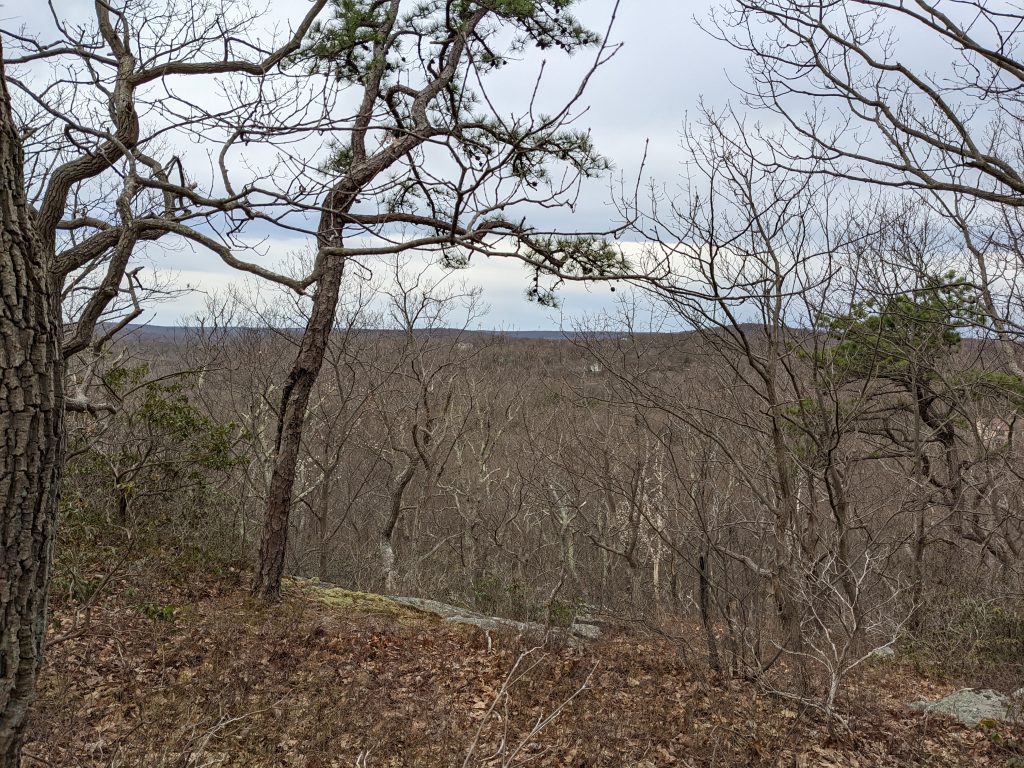 My favorite viewpoint came just before the trail turned East, and was atop some larger rocks in the middle of the trail.  You can see almost 360 degrees. 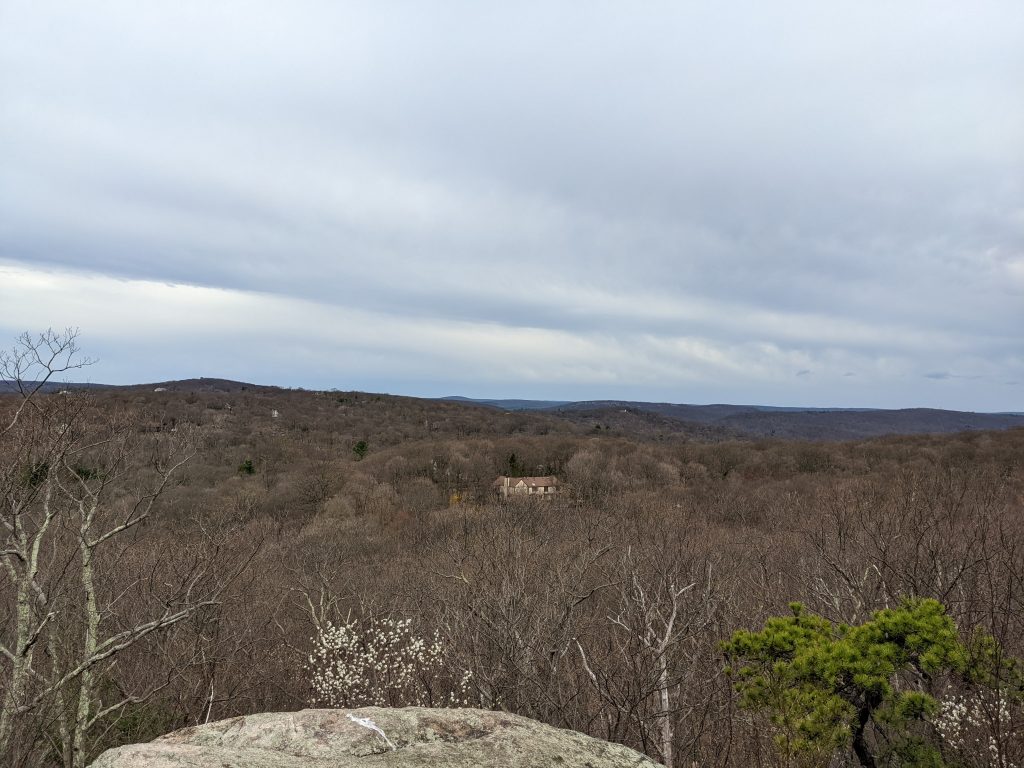 This will be fun to walk through in a month or two: 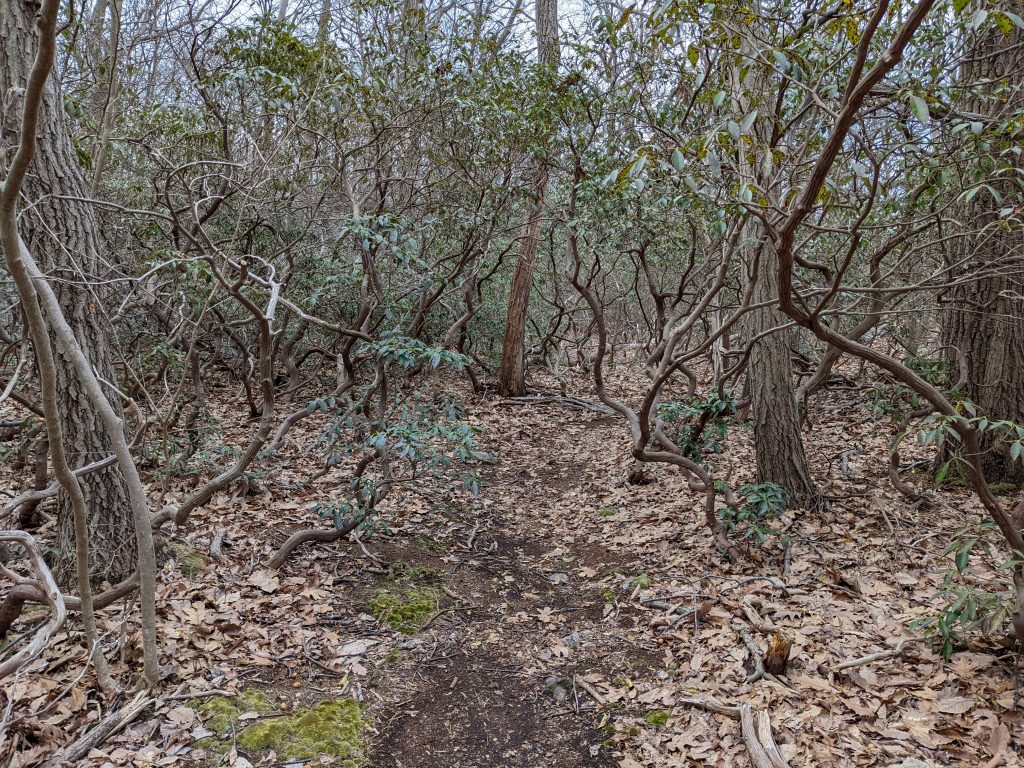 One last viewpoint before the trail turns off the ridge and heads back towards the parking lot. 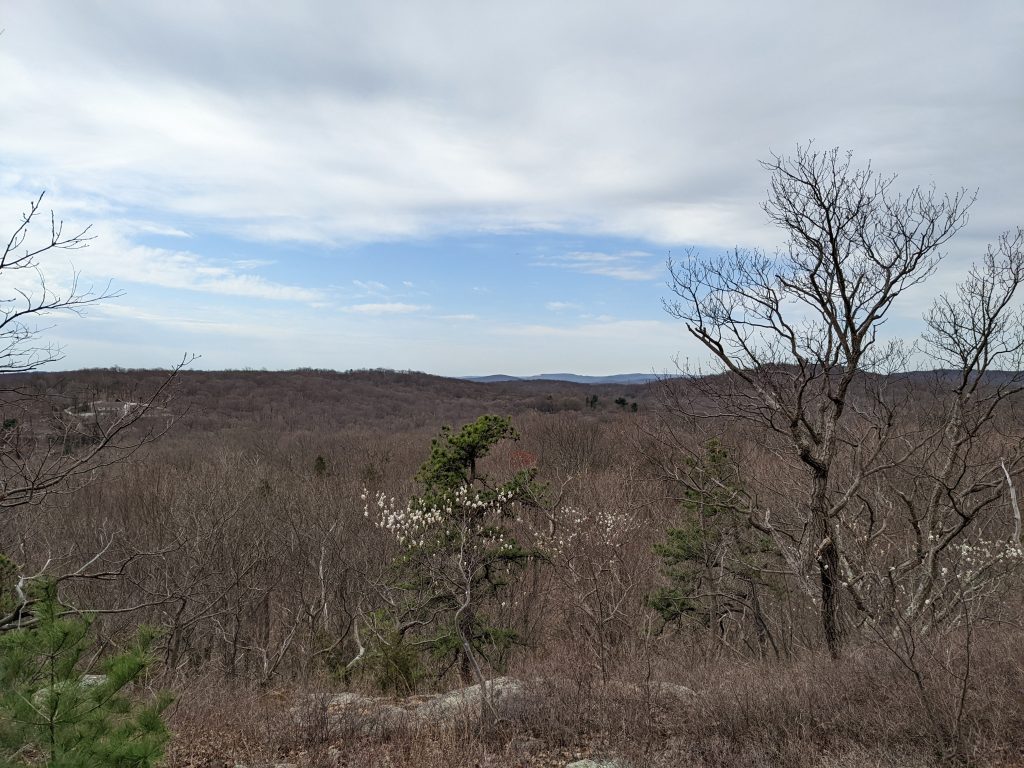 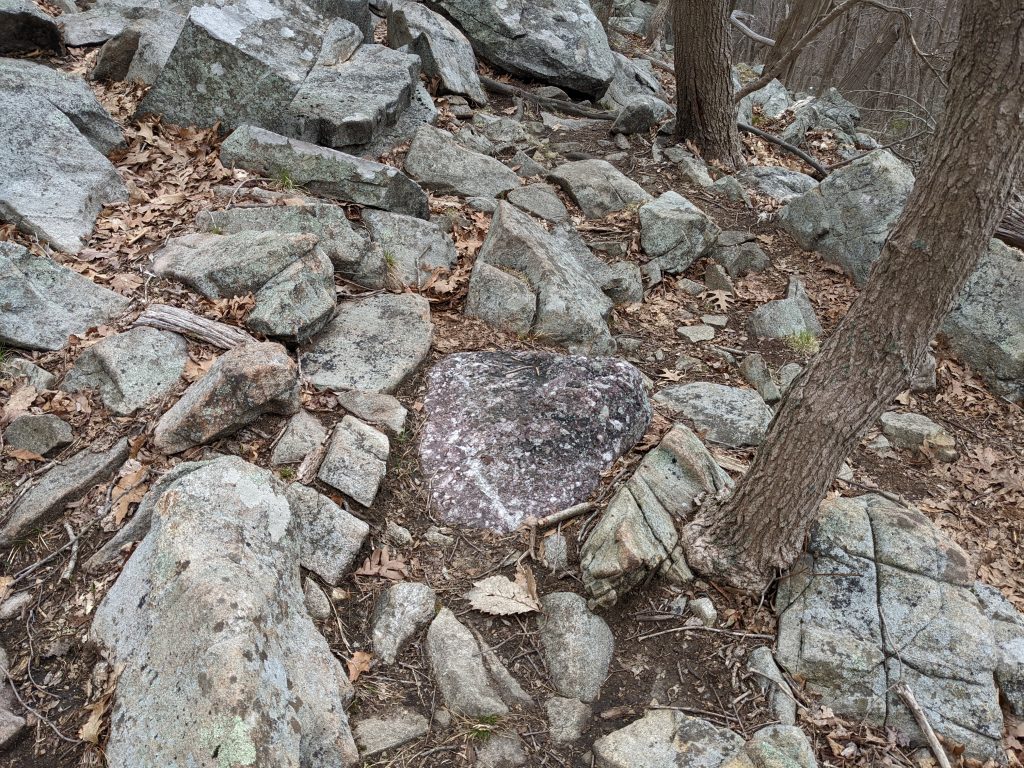 One feature I was looking forward to finding was the Cave Tunnel.  I had not seen pictures beforehand so I didn’t not know what to expect.  But it’s pretty cool.  And, if you don’t like enclosed spaces, you can go around.  It’s not as close as the Lemon Squeezer in Harriman State Park. If nothing else, it’s a massive erratic. 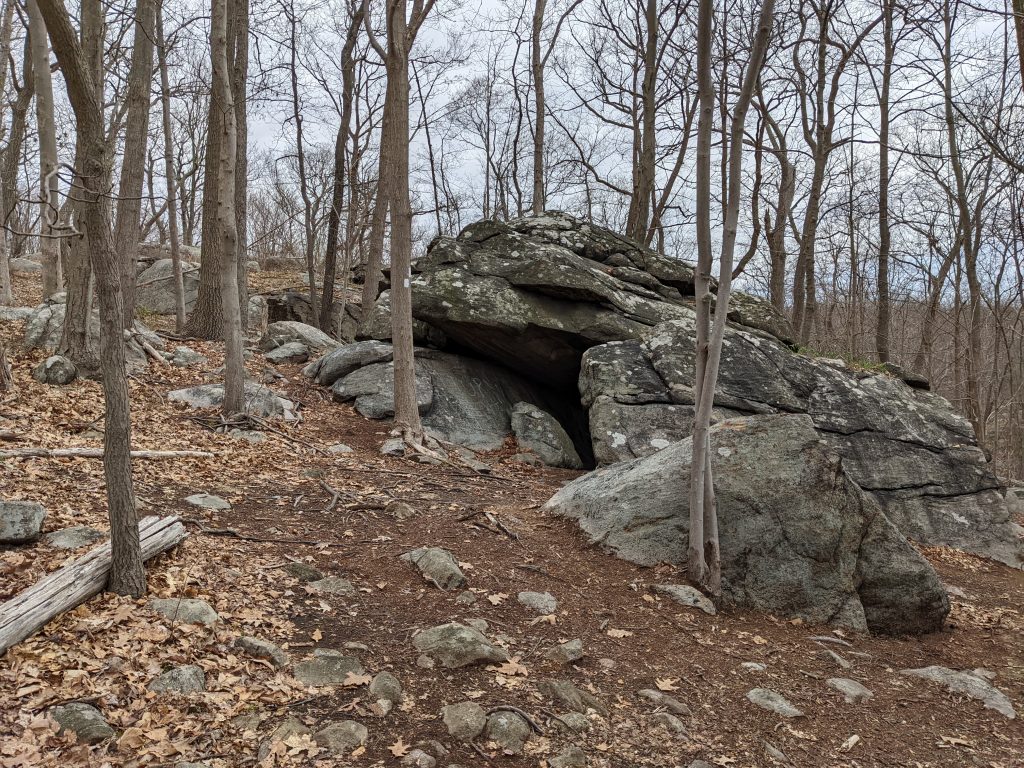 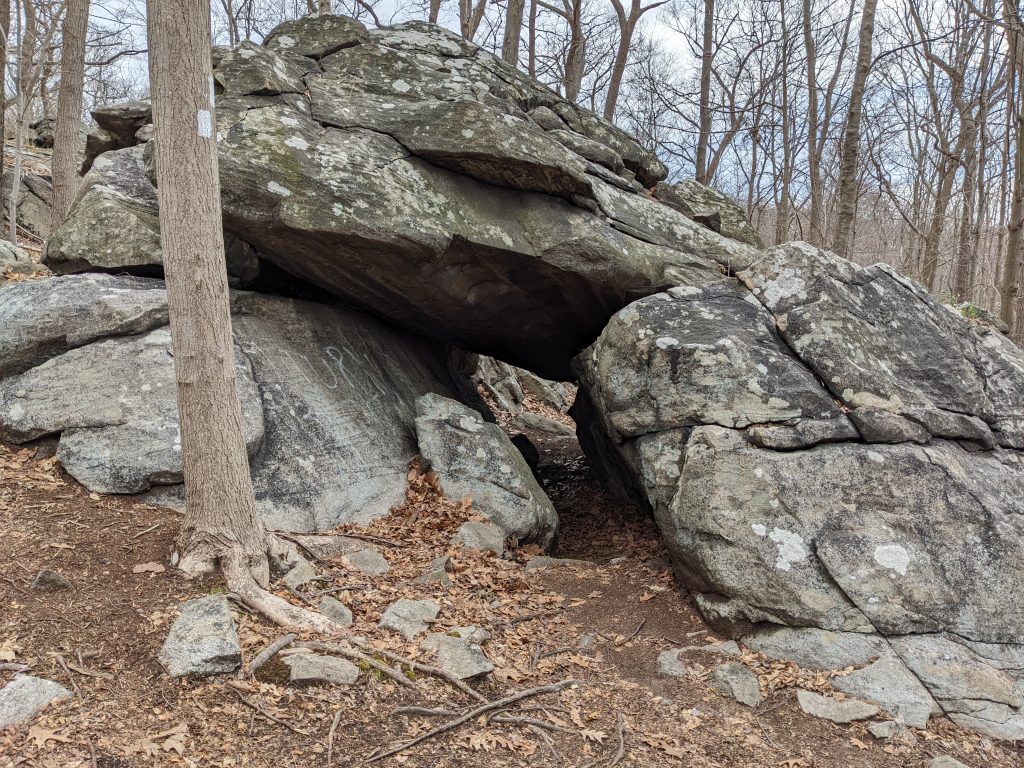 These next couple of pictures are after I have gone through, and I’m looking back. 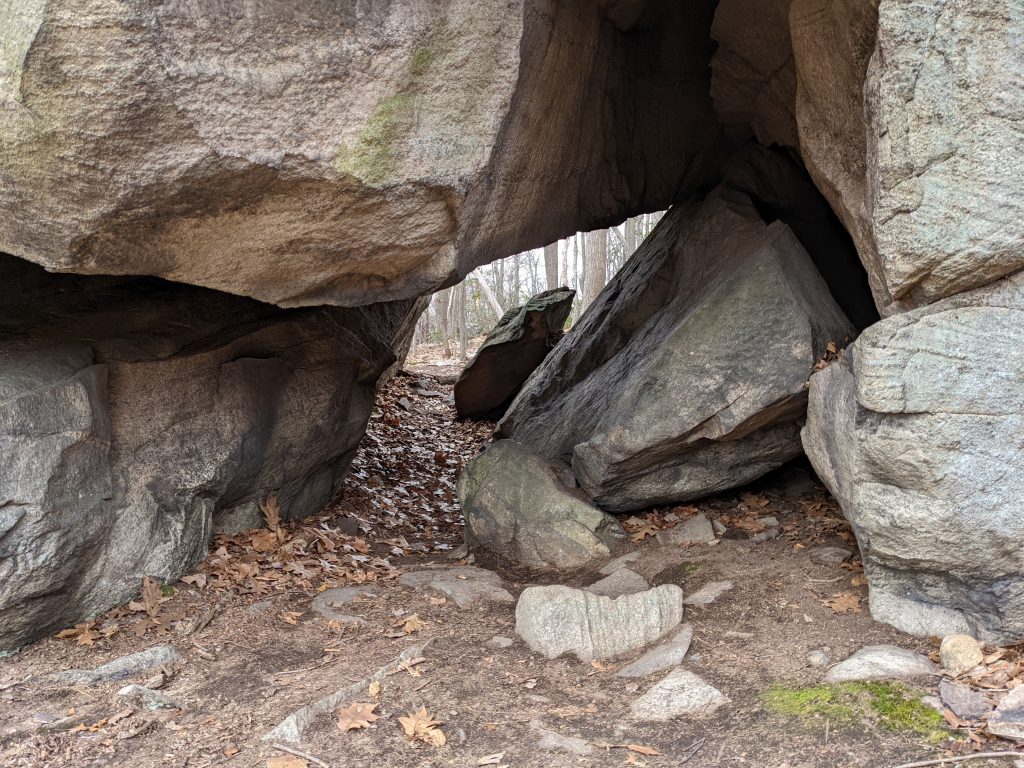 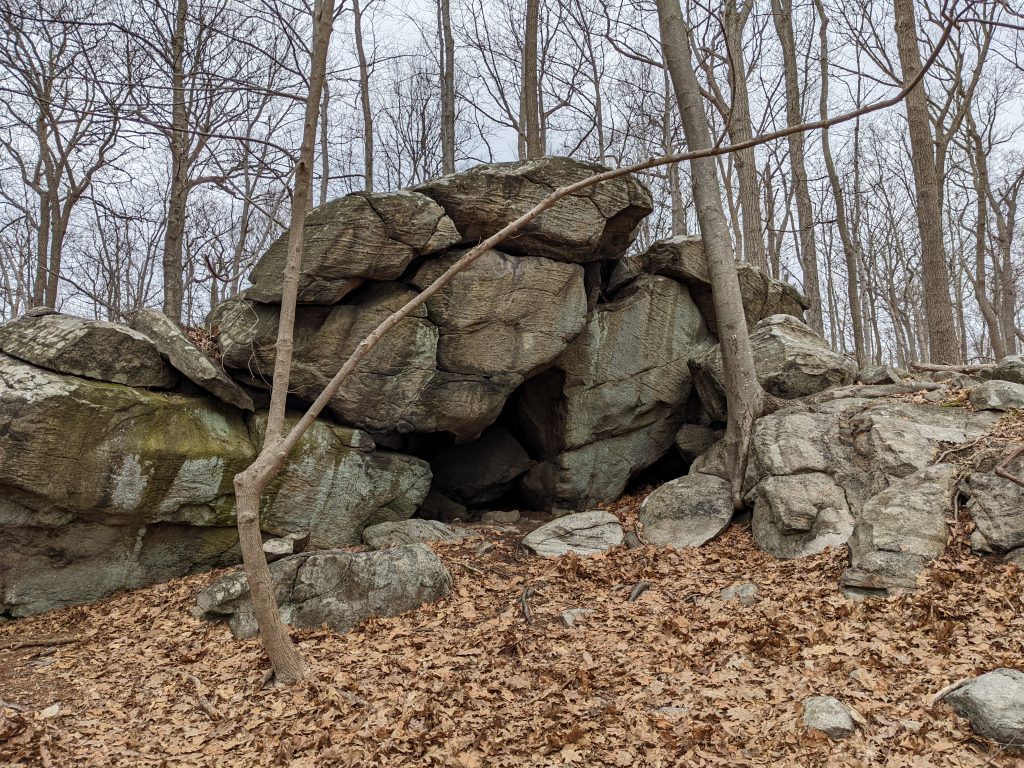 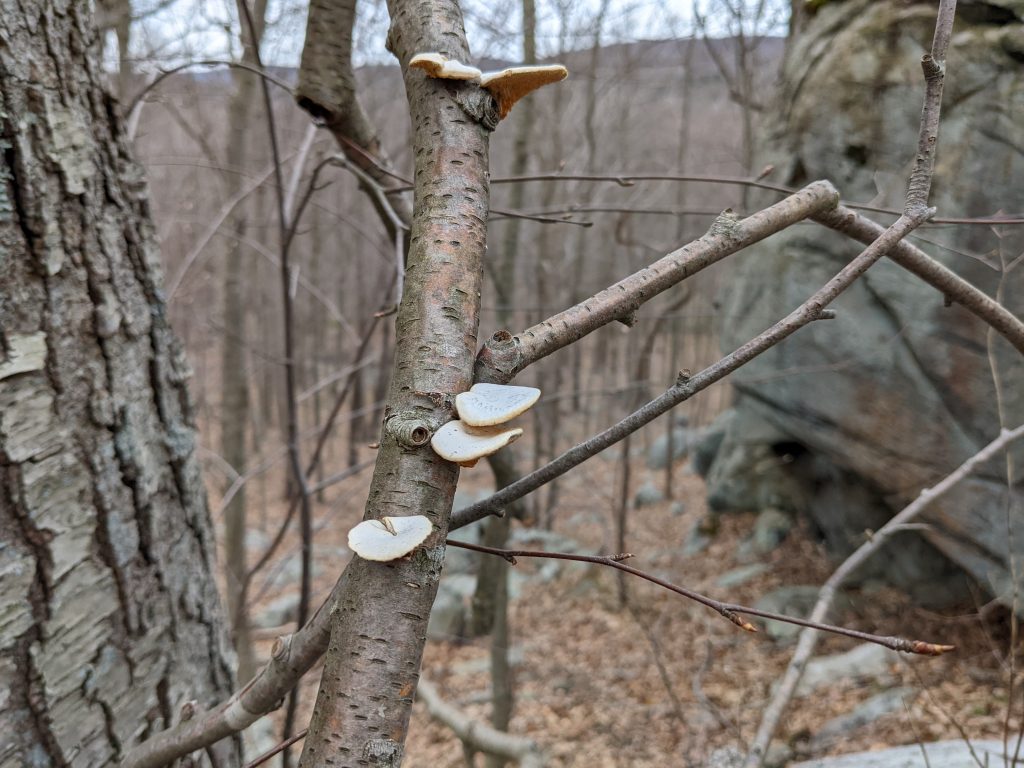 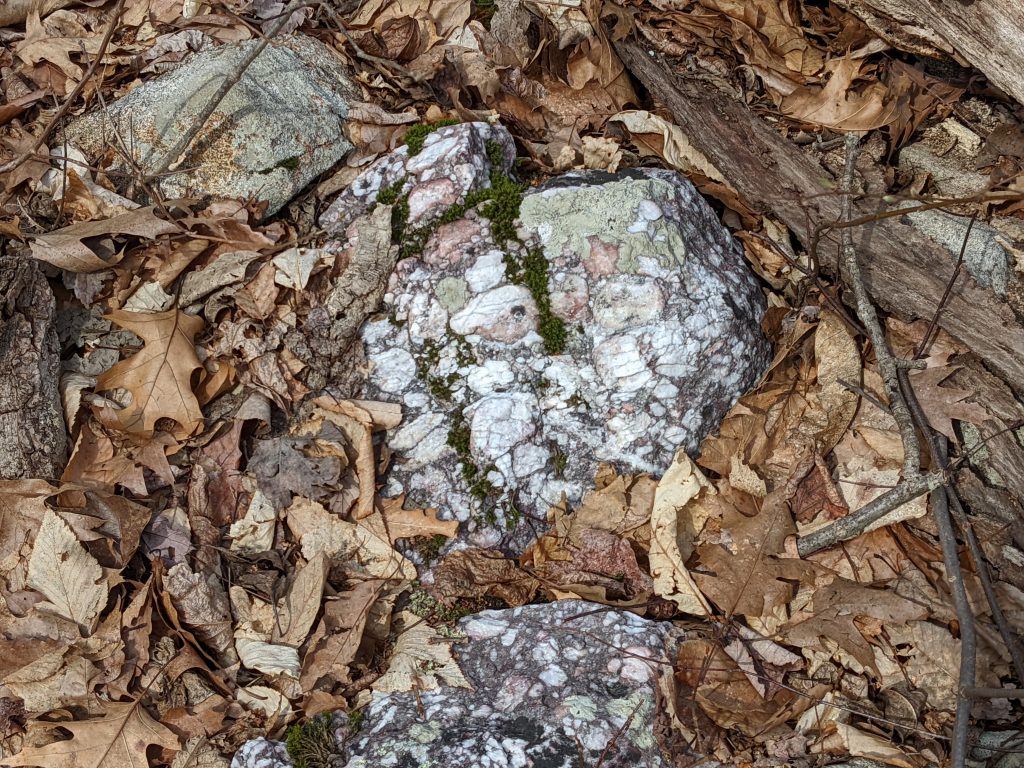 The trail winds its way back to the parking lot and Canty’s Lake. 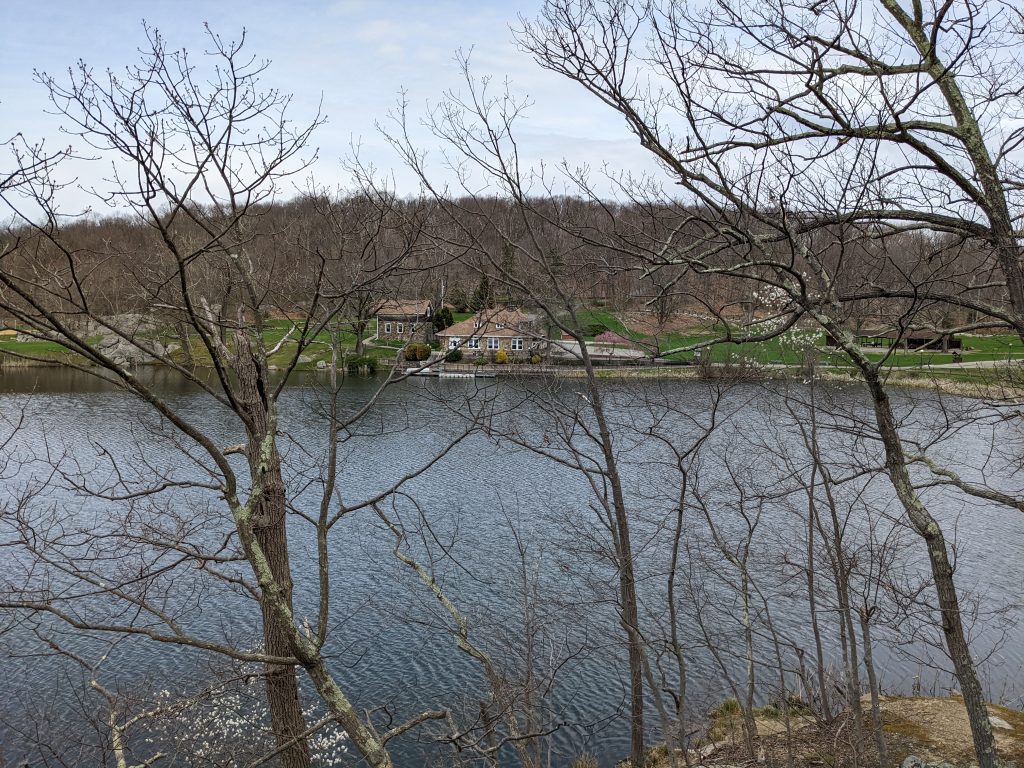 I liked the park.  There were numerous places where when it gets rocky or steep, side trails have been created bypassing the challenge.  That’s unfortunate.  I enjoyed the trails here despite the plague of gnats that followed.  A nice breeze kept it nice and cool. 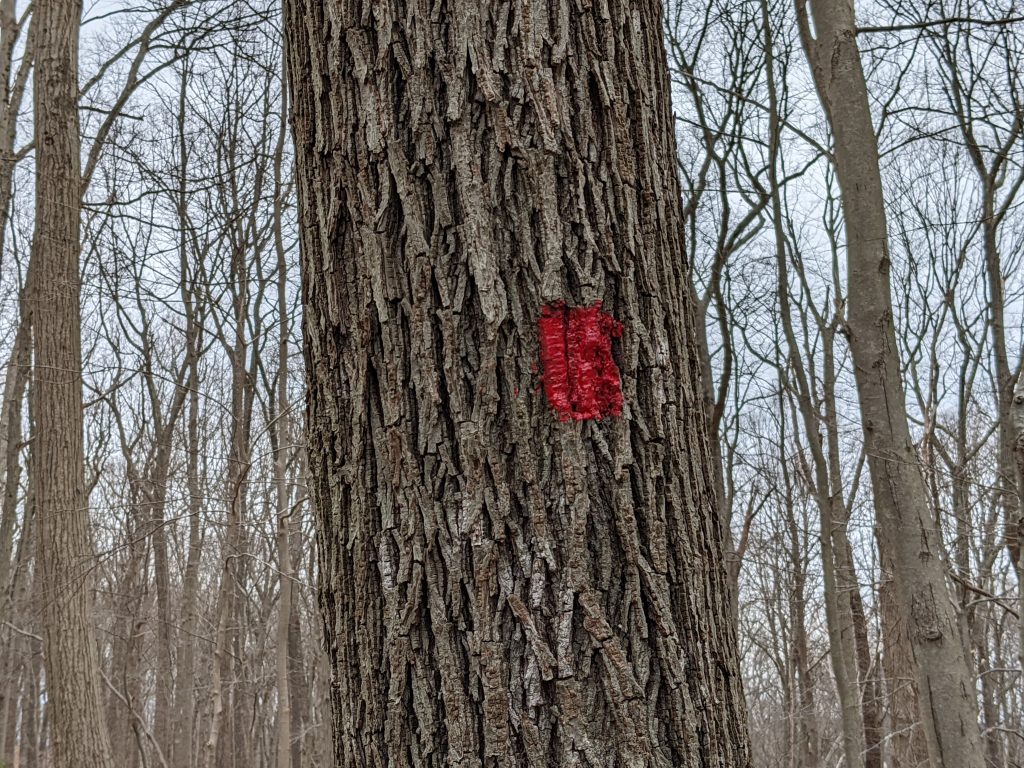 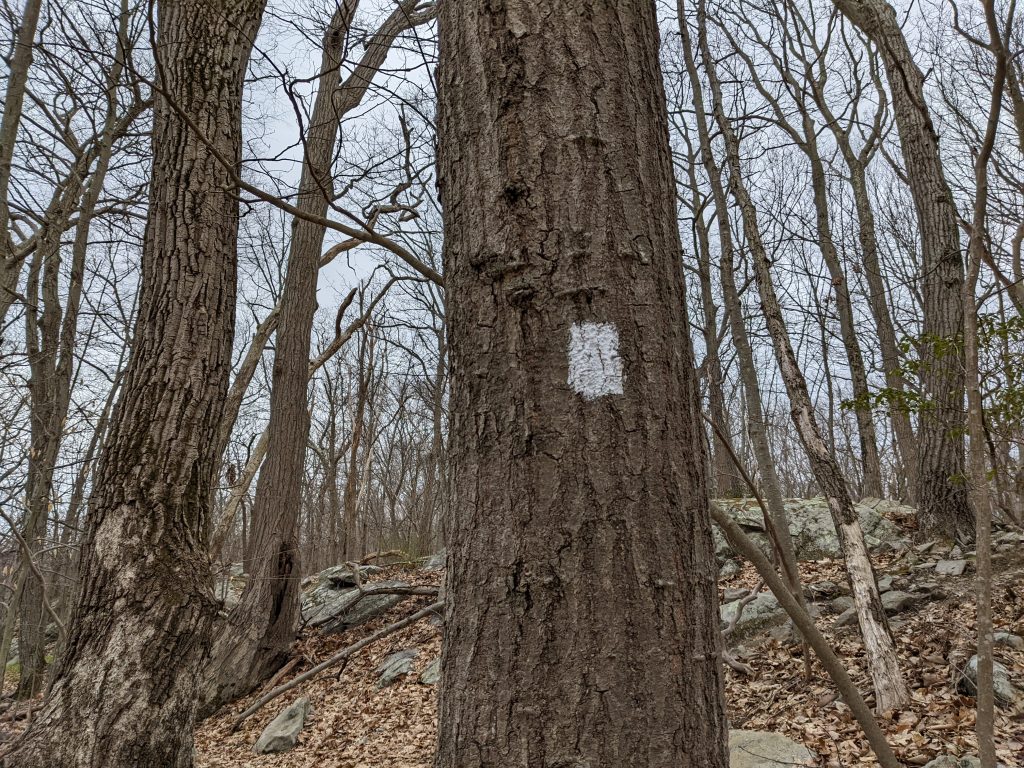