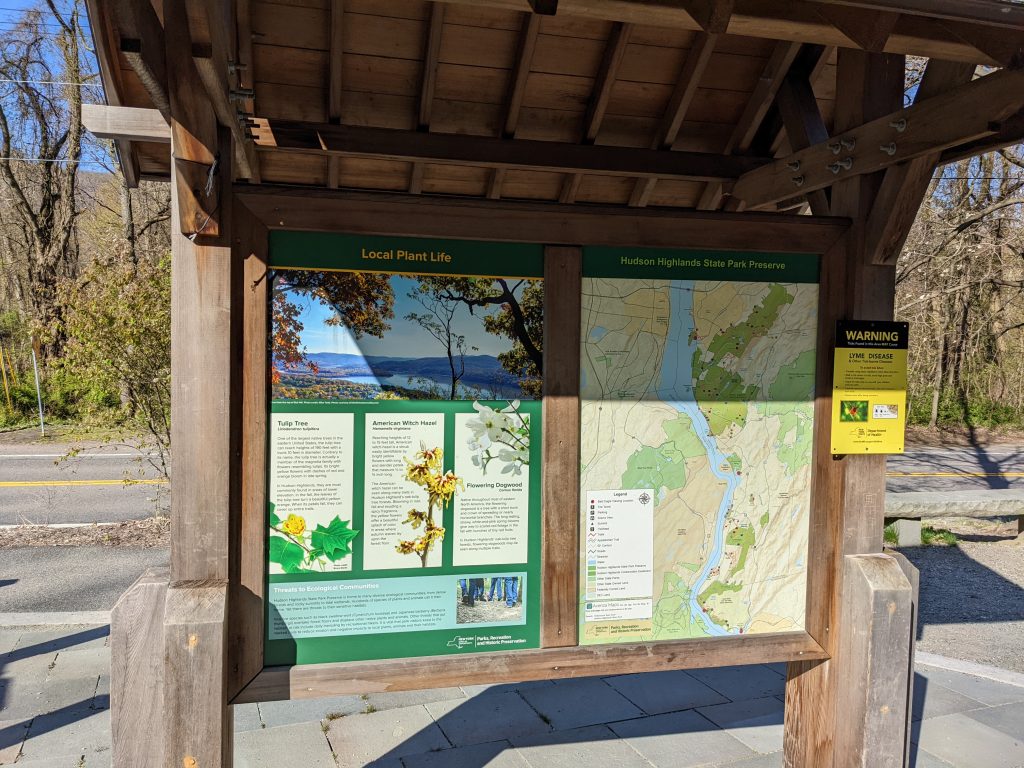 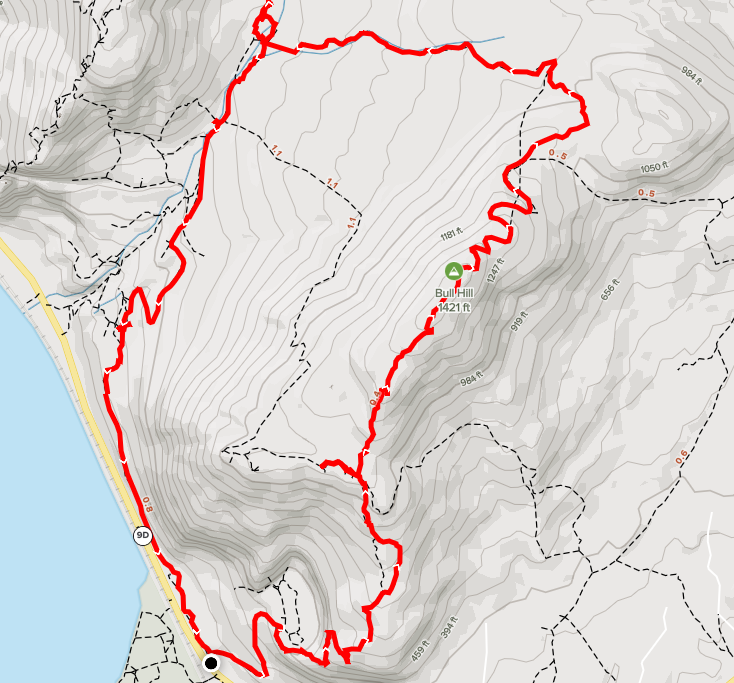 A perfect day.  Sunny, with temperatures in the lower 60s.  My only concern driving up was that the parking lot would be full by the time I got there, always my fear of late.  I did not have to worry, when I pulled in at 8:20, there were still plenty of spots left.  There were, though, a lot of people there.  It wasn’t until I started up the trail that I learned that the Breakneck Point trail marathon was being run – so much for solitude on the trails.  Fortunately, I lost the runners after a while.  I’m not naive…this is a popular trailhead, it gets packed.  When I finished up, there were cars all over 9D.  And there were cars idling in the parking lot waiting for people to leave.  Two different cars followed me to my spot.

This hike starts by climbing straight up Mt. Taurus before leveling out at the top and then having one long climb down back to the car.  The Washburn trail starts off on a gravel road, and climbs, climbs, climbs, taking a short break at the quarry.  This picture doesn’t do it justice, the picture make it look almost flat. 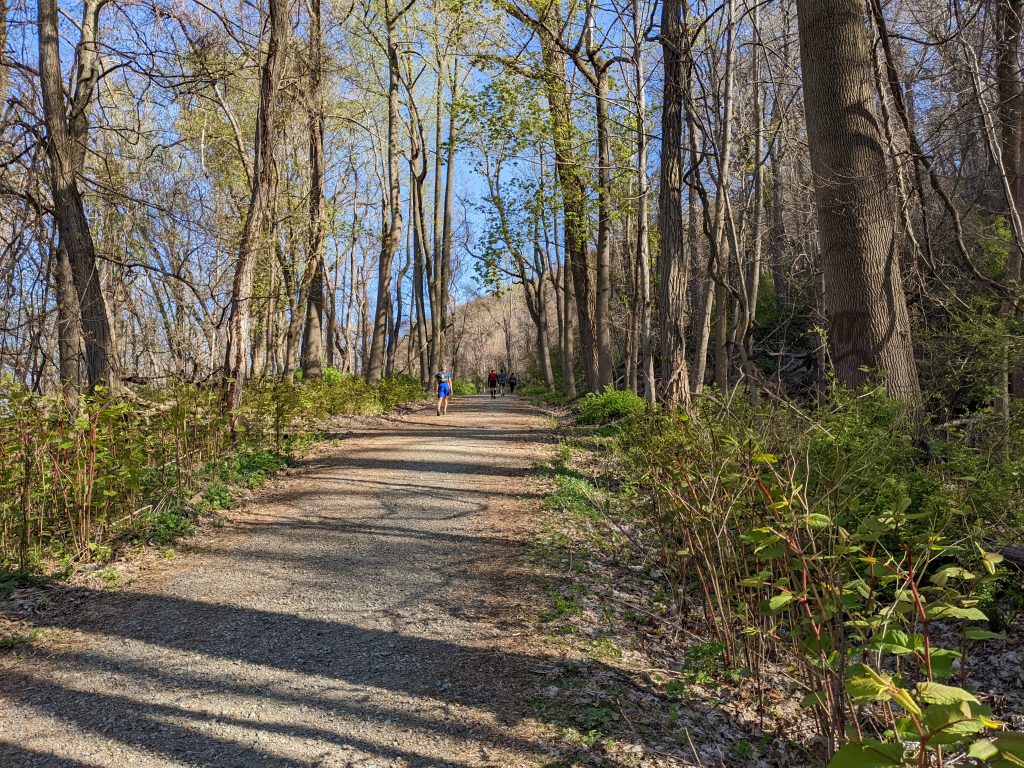 When stopping at the quarry, I got the feeling I was standing in the Serengeti, if not for the sheer rock walls surrounding almost three sides. 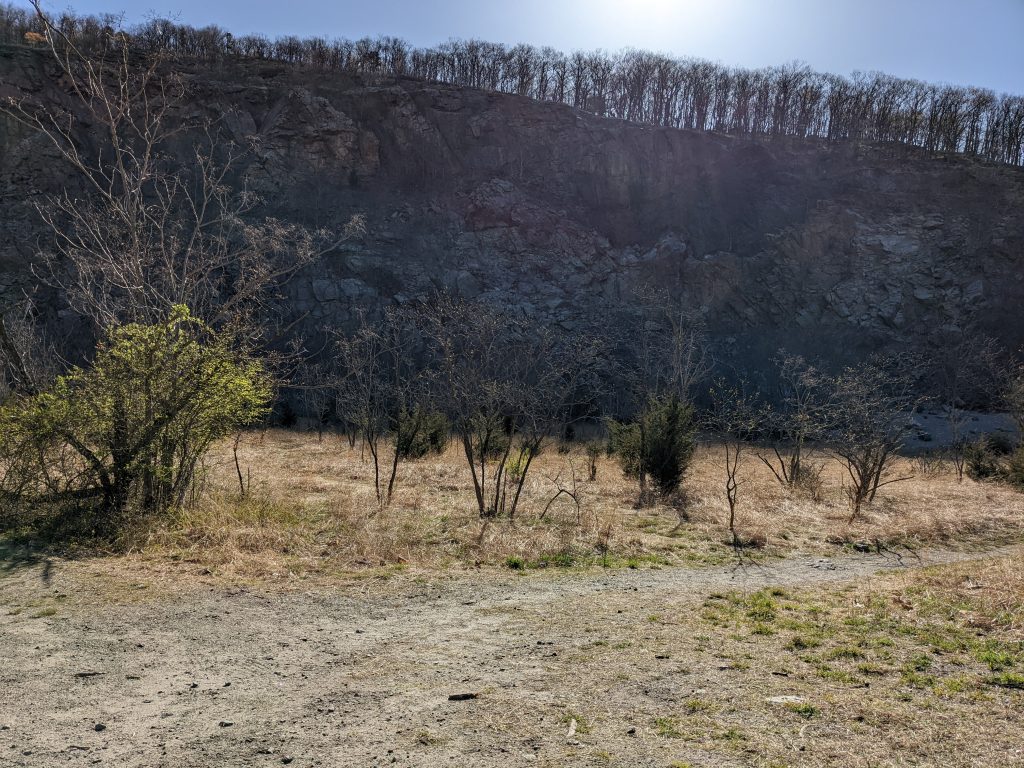 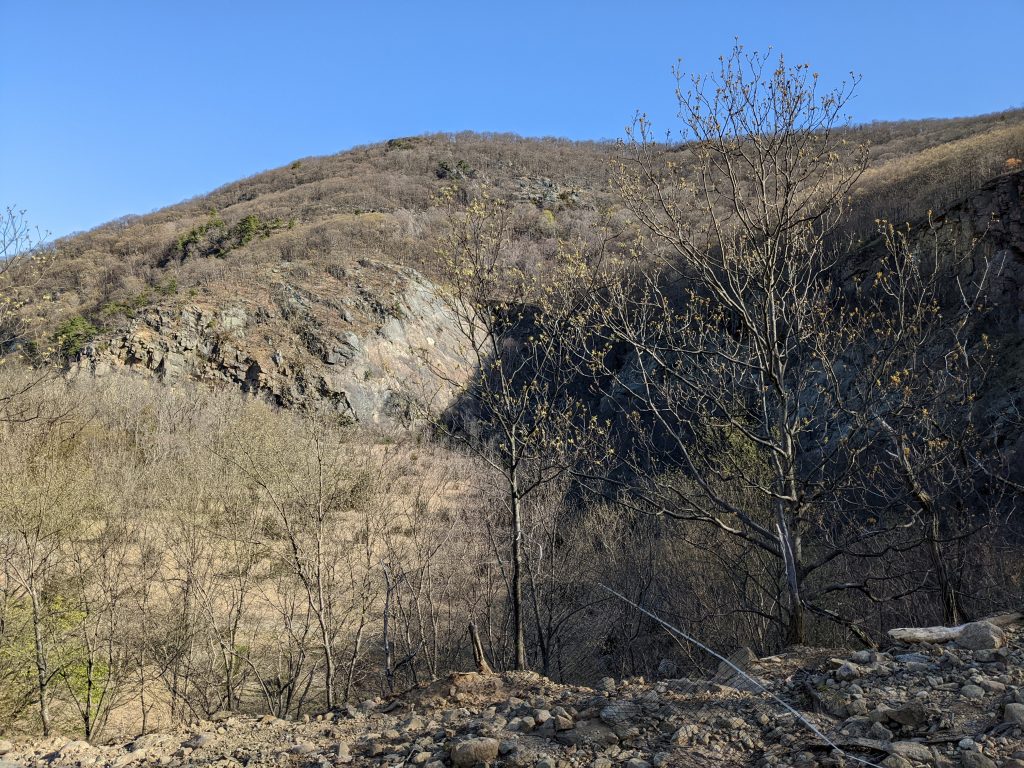 The trail would wind around onto the shoulder of the quarry and had a couple of really scenic viewpoints – made better by the fabulous weather.  The last viewpoint before the climb up the face of Mt. Taurus is where I shed the fleece.

For the early part of the trail, it’s hard to get lost.  In fact, your can’t really get off the trail.  The park service is working on reclaiming some of the habitats and has erected fences to keep people out of sensitive areas. 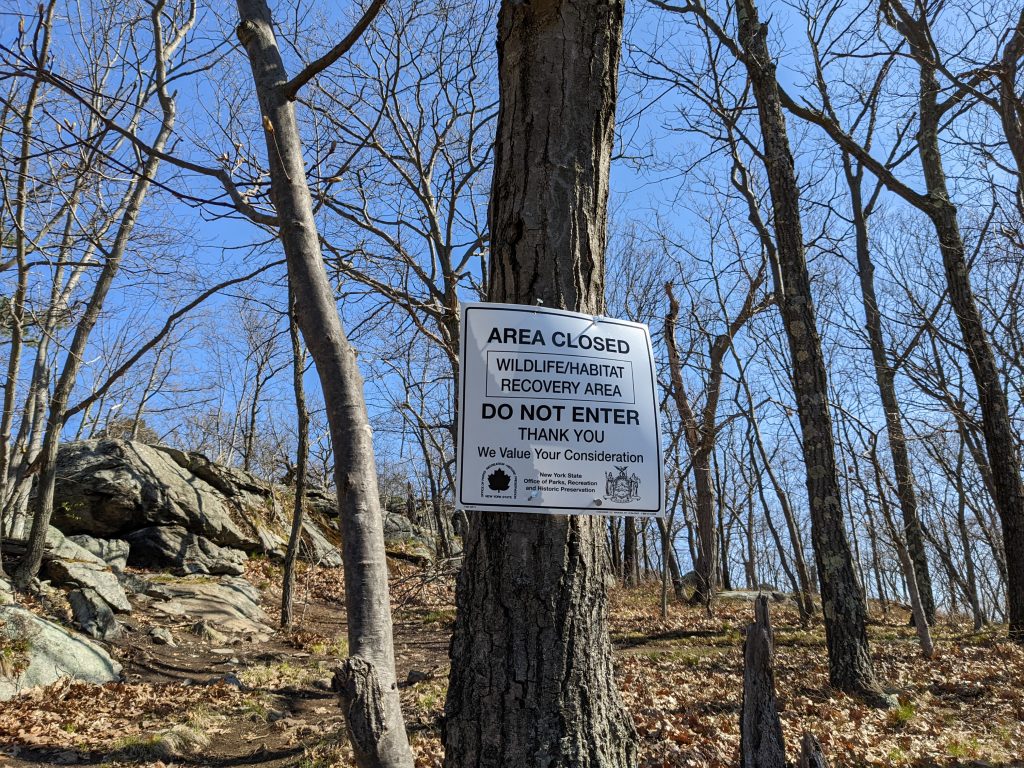 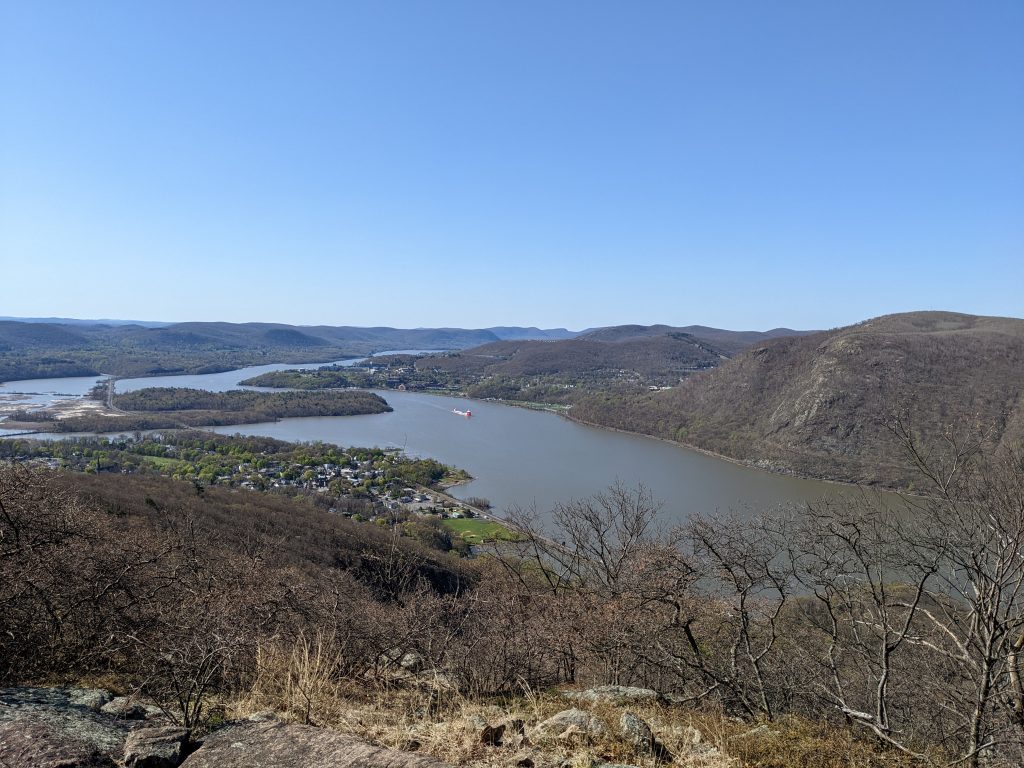 The picture above is from the first viewpoint.  I thought it was the second.  Had I walked another quarter mile or so, I would have found the second viewpoint.  Oh well, reason to come back.

Back to the Washburn trail, then basically straight up the face of Mt. Taurus.  There are a couple of minor rock scrambles, nothing too difficult.  Just before the summit, there a rock outcropping that affords near-360 degree views.  This view is just as impressive – and actually, since there is no real viewpoint from the actual top, makes for a great rest stop. 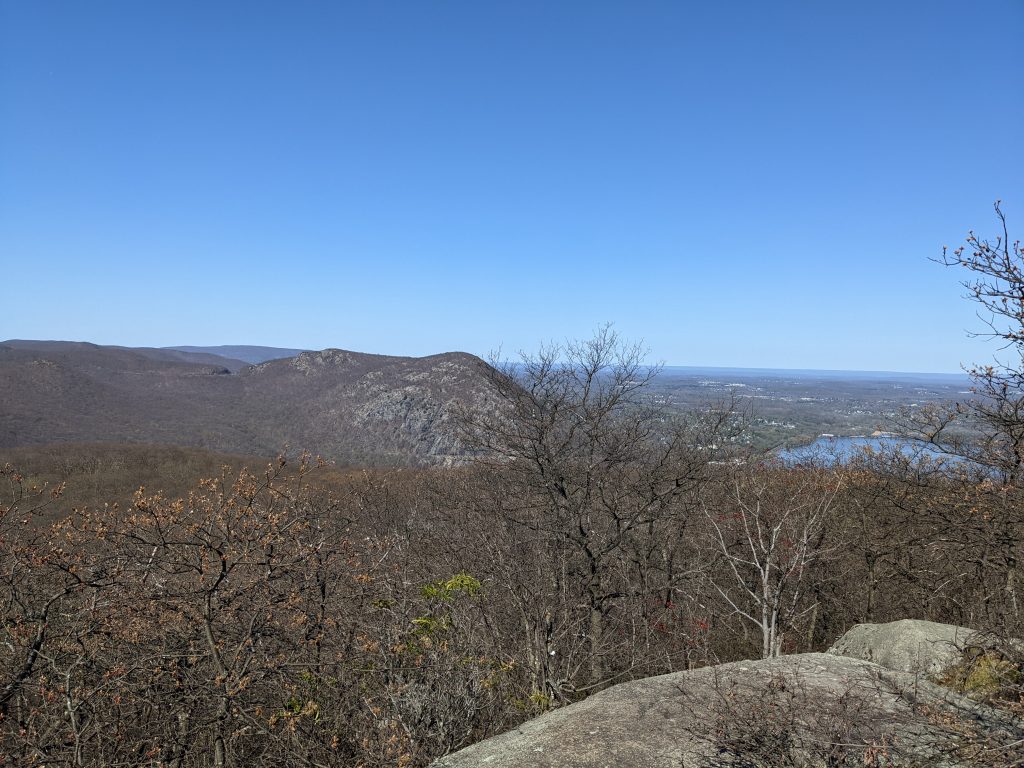 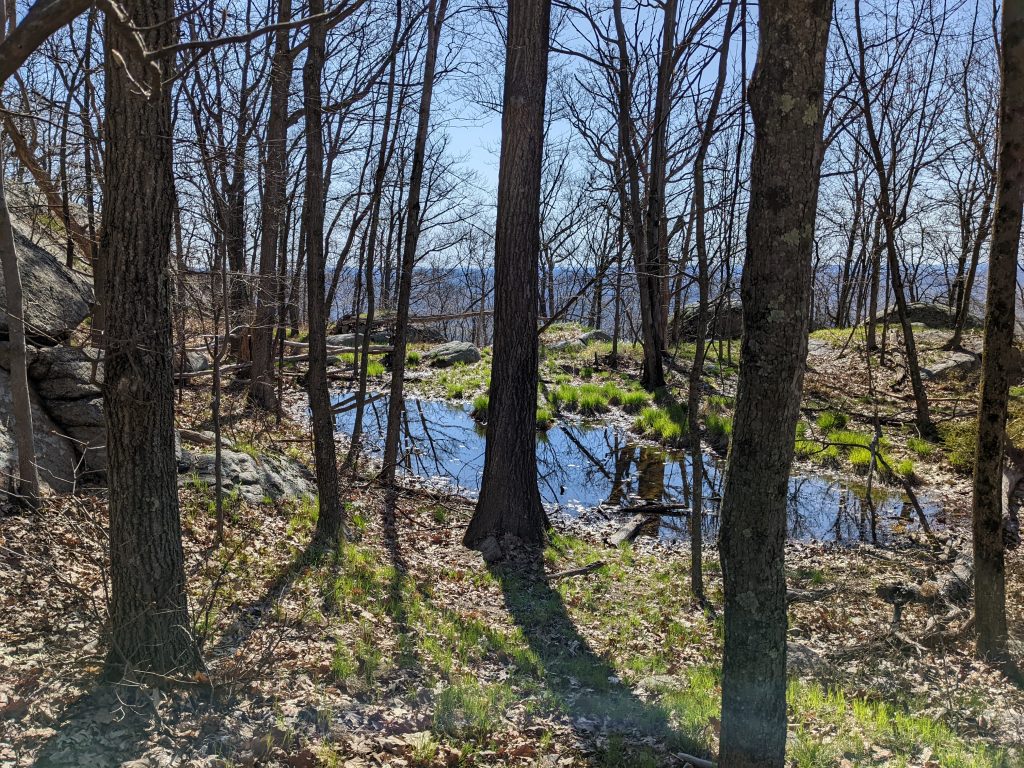 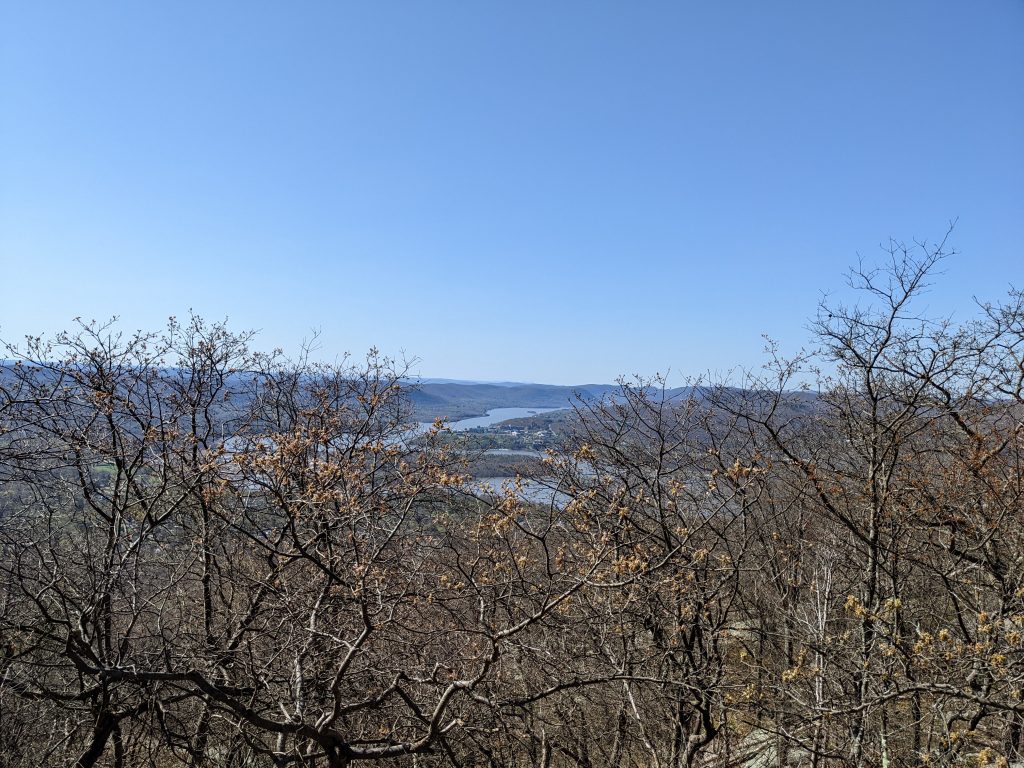 If you zoom in on the picture above, you can just barely make out New York City in the middle.  The city is much easier to see in person.

Walking across the top is quite peaceful (without a marathon being run.) 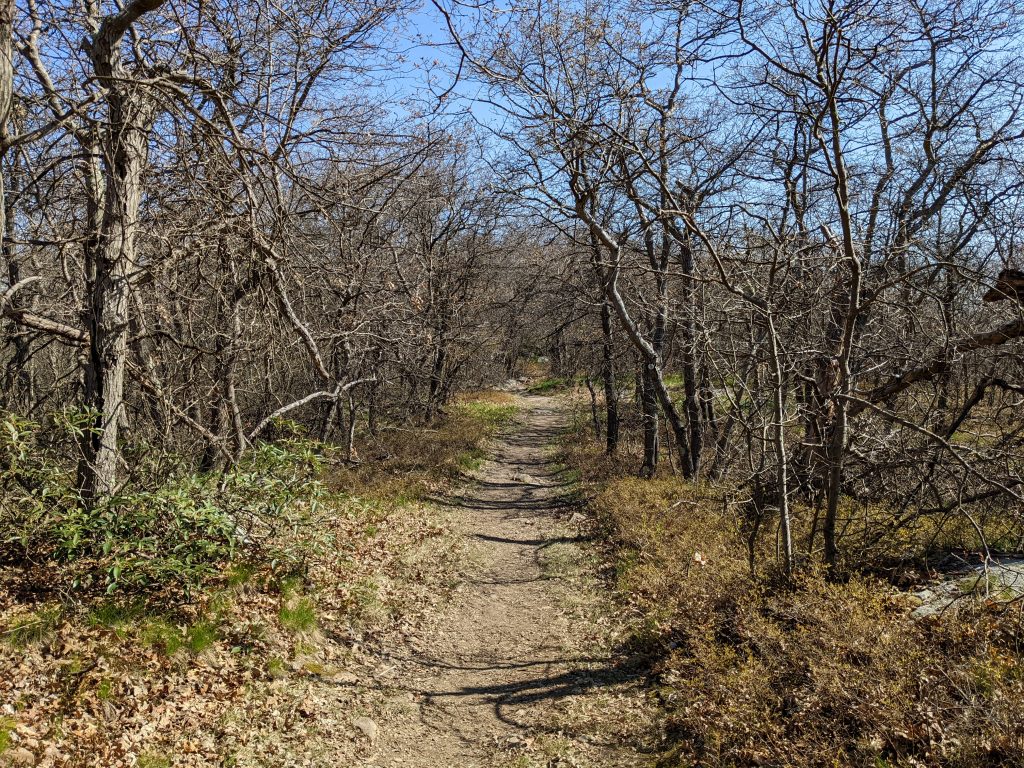 Just over the top is a small viewpoint with plenty of rocks to sit on and view facing north.  You can just make out the Newburgh Beacon bridge. 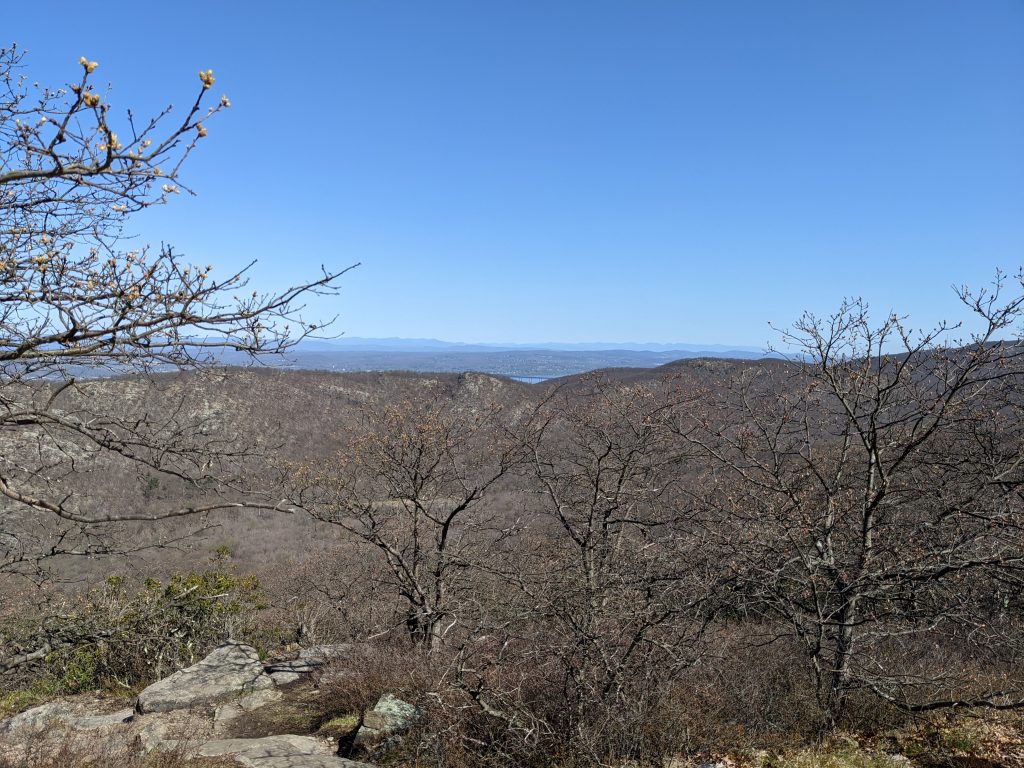 Heading down the backside you will encounter many switchbacks.  But the trail is wide, though very rocky. 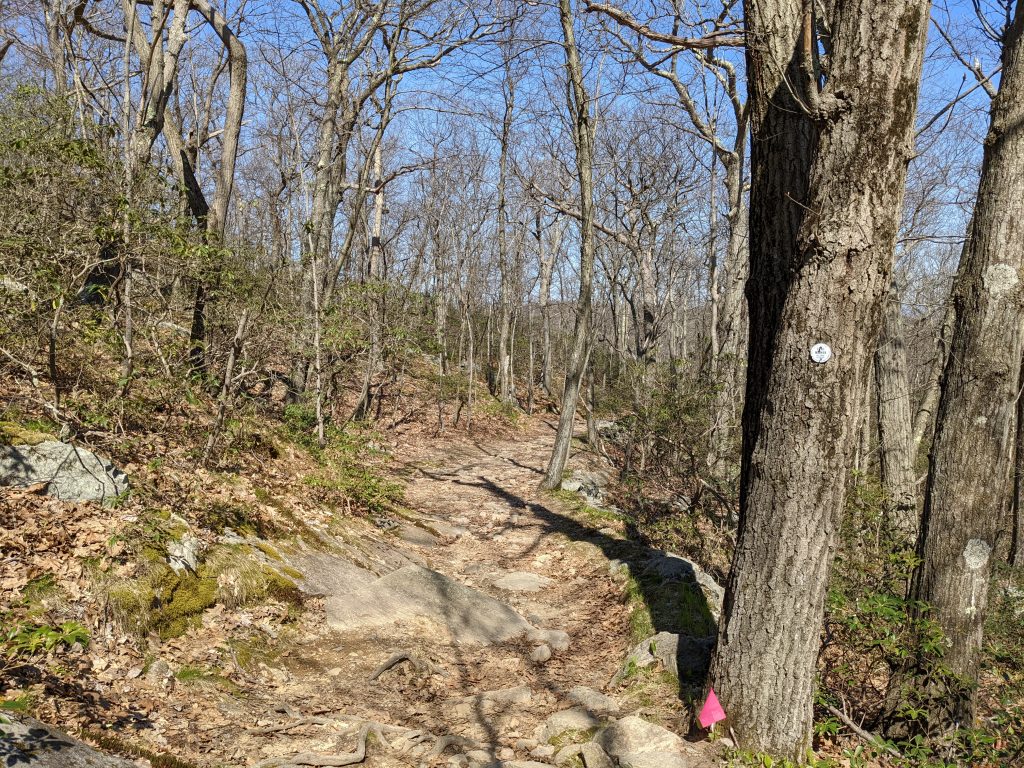 Eventually the trail comes to an end and the Notch (blue) trail will go left with a green trail heading right.  I went left.  The Notch trail continues down as well, though there are more streams and I saw more signs of Spring. 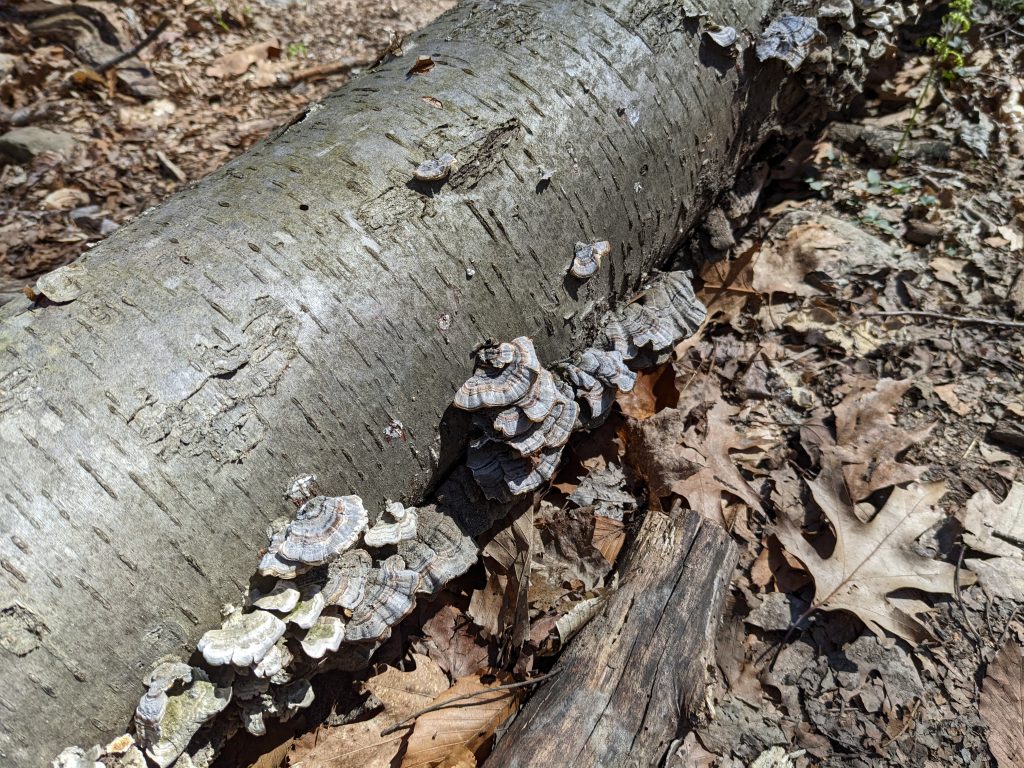 At this point you are heading west, right towards Breakneck Ridge. 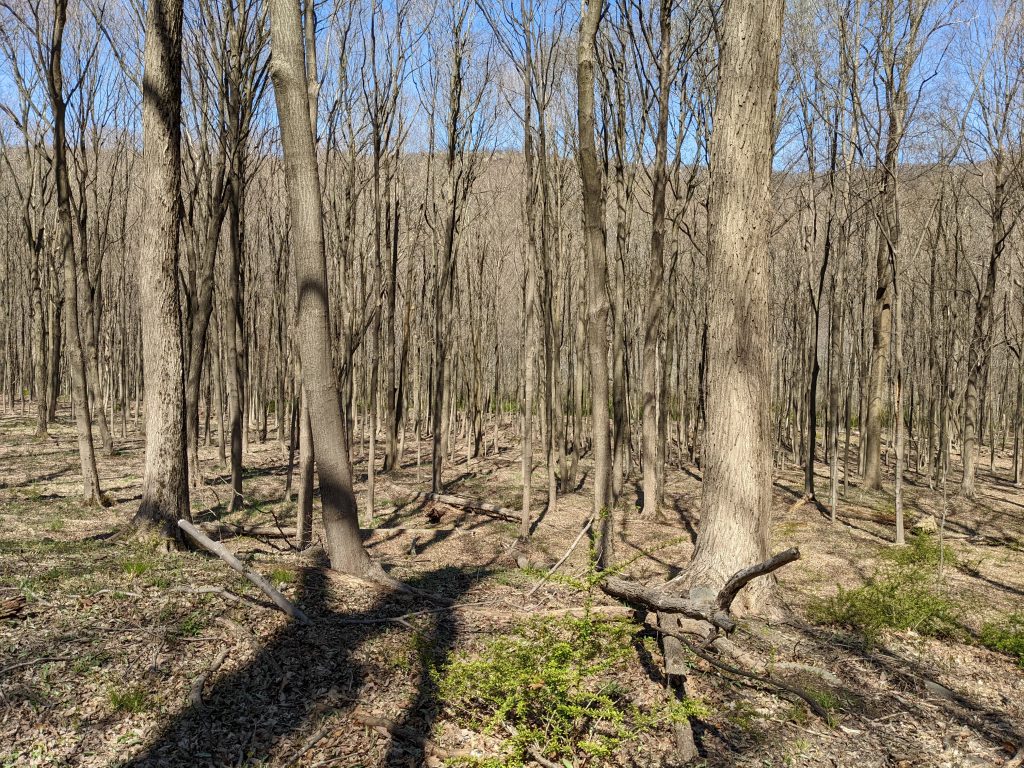 The lower area of the Notch trail (and much of the Cornish trail) wander through lands that were originally built up by the Steins, then later bought by the Cornish family.  Many of the ruins still stand, and with many hikers finding them and exploring them an association has been created with an attempt to preserve them.  This site tells much of the restoration story.  It was pretty neat to walk around.

I first came upon some stables and an old barn-like building at the junction of the Notch and Brook trail. 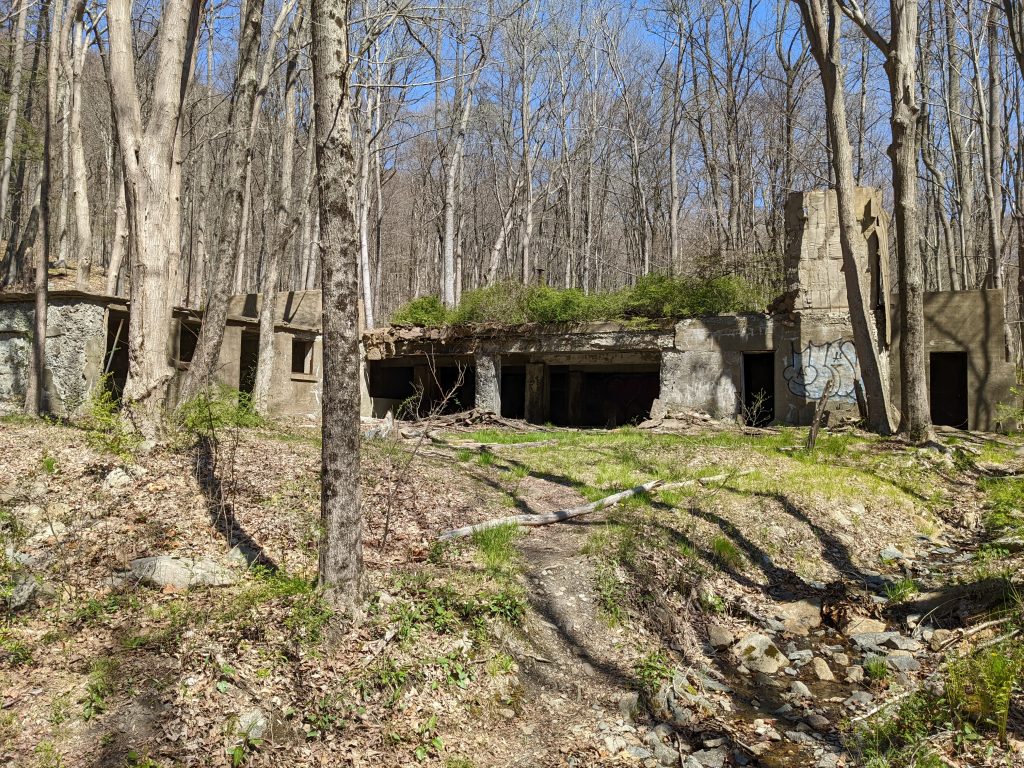 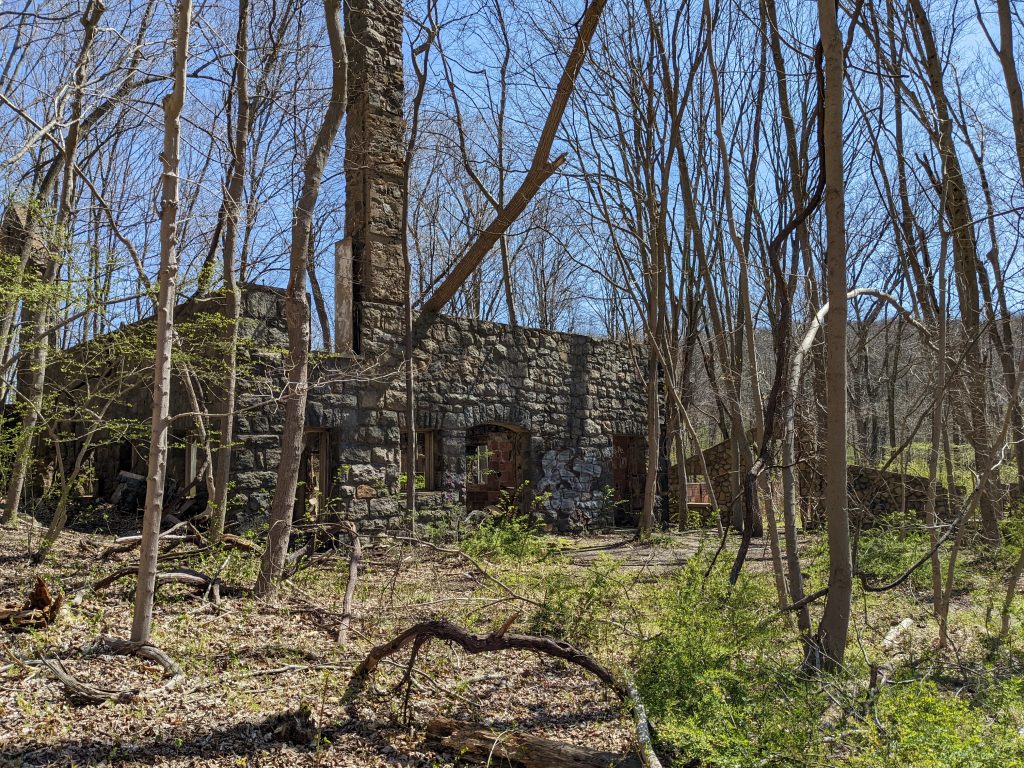 The Brook trail follows along Breakneck Brook, which has some really nice cascades.  I wasn’t on the trail long before turning onto the Cornish trail – and this trail will take you to the heart of the ruins.  If all you want to see is the ruins, take the Cornish trail from the parking lot – it will only be about a half mile or so to the ruins (and you won’t go over a mountain.)

First up is the pool (I think.) 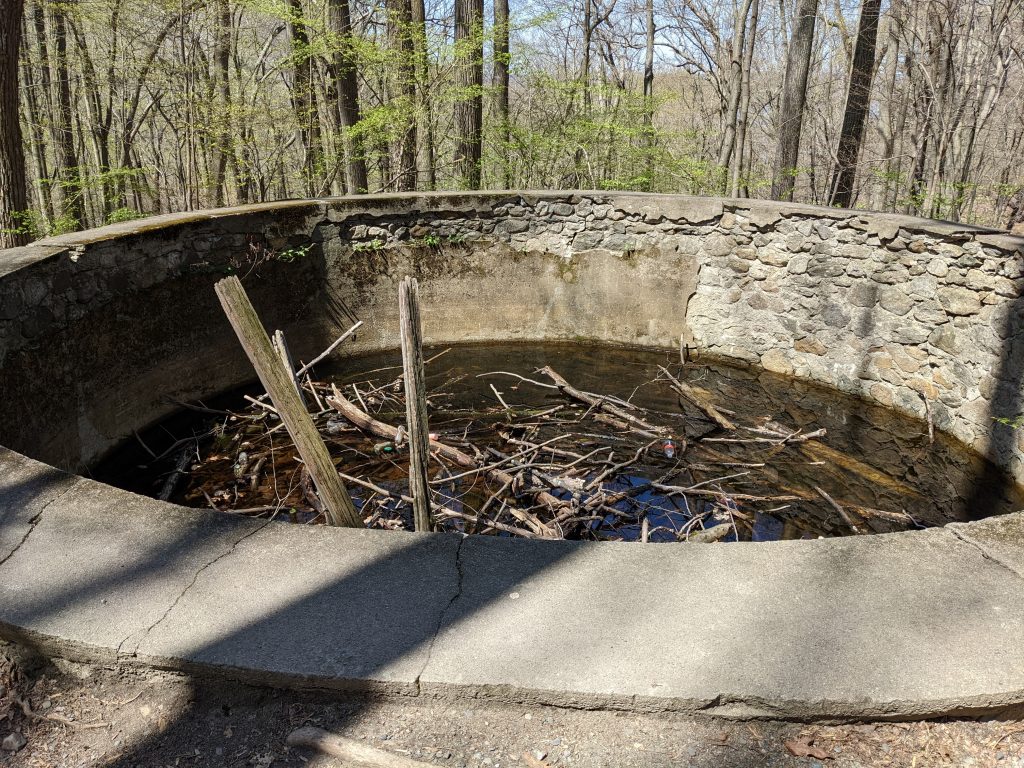 Next is the greenhouse. 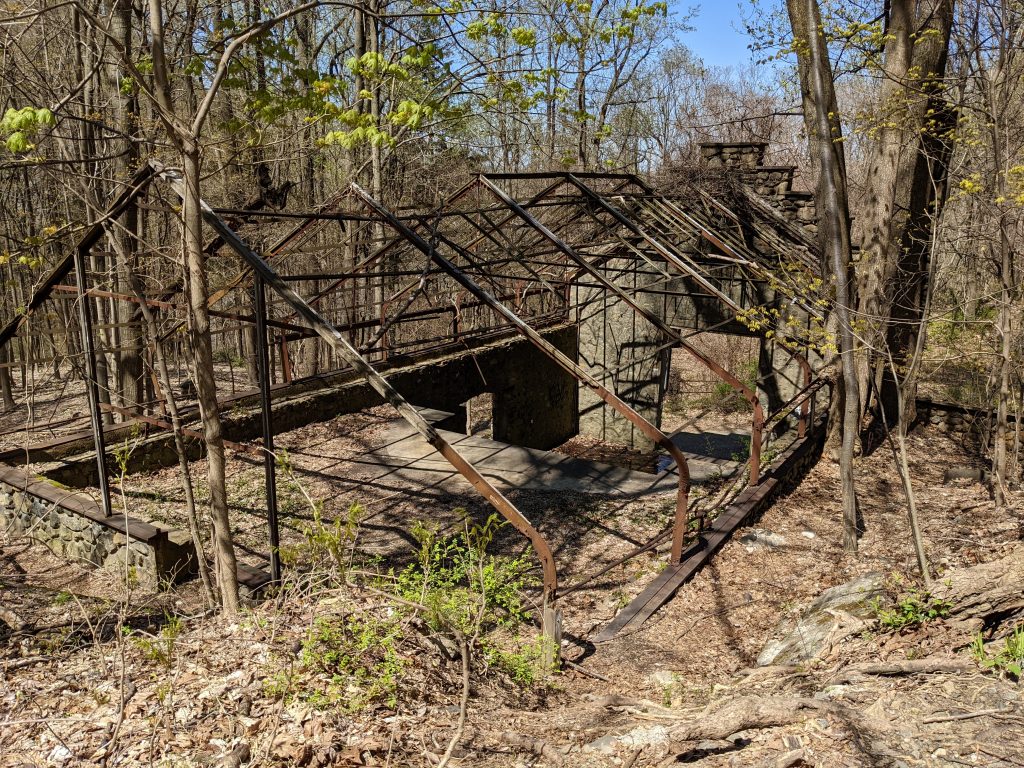 The ruins of the mansion are clearly visible from the trail.  And, you are able to walk around.  A great fire destroyed all of the wood from the mansion, but the stonework is still there.  There are interpretive signs about, with plenty of old pictures. 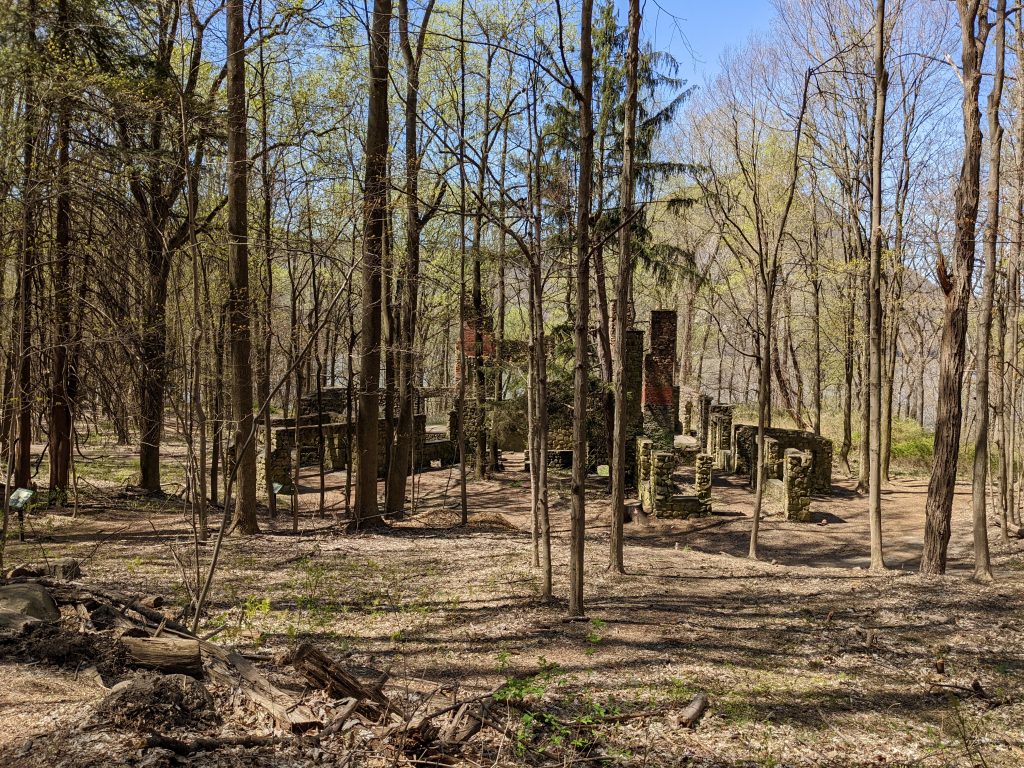 Finally, I walked up to a replica of the gazebo. 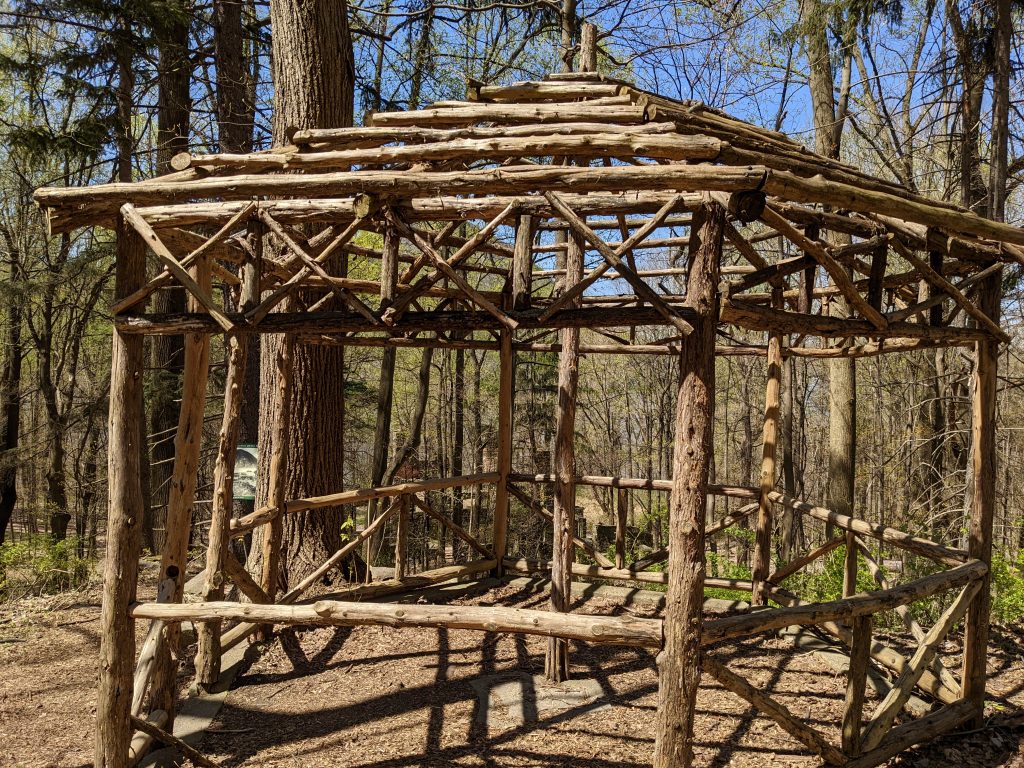 On the way to the parking lot from the ruins on the Cornish trail are some sweeping views of the Hudson River and the mountains on the western side.

The park is huge, I barely scratched the surface.  I know I have an upcoming trip to come back and climb around North and South Beacon mountains, and I look forward to that.  Make sure you come early to get parking.  You may want to check if there are any trail marathons taking place as well. 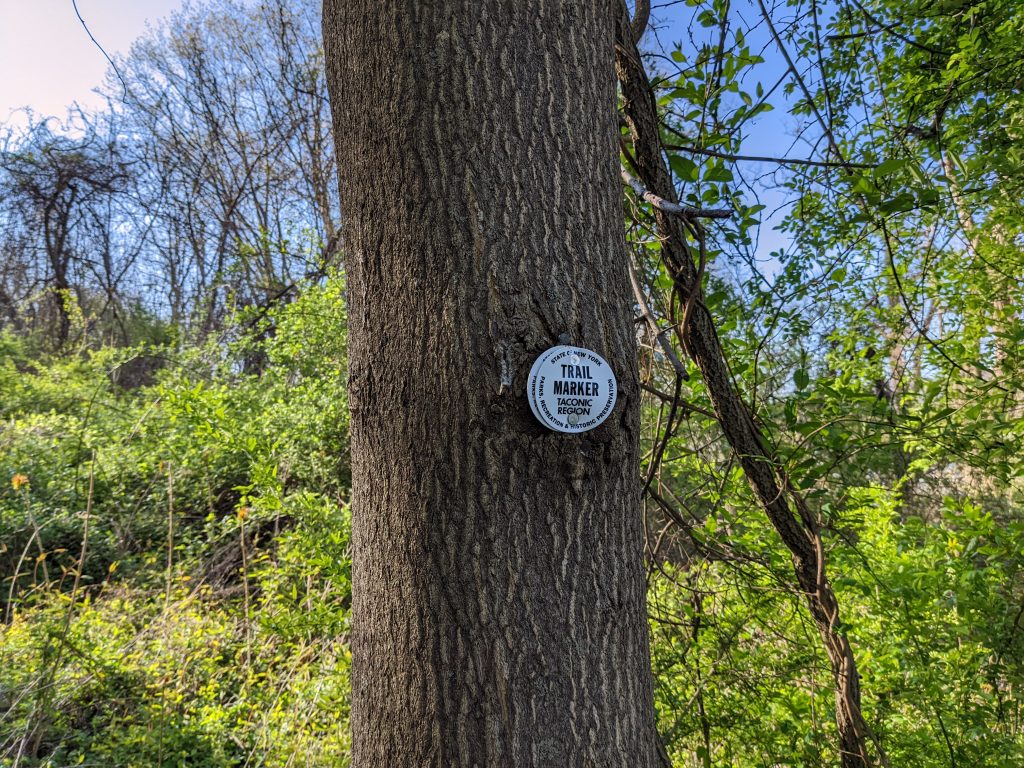 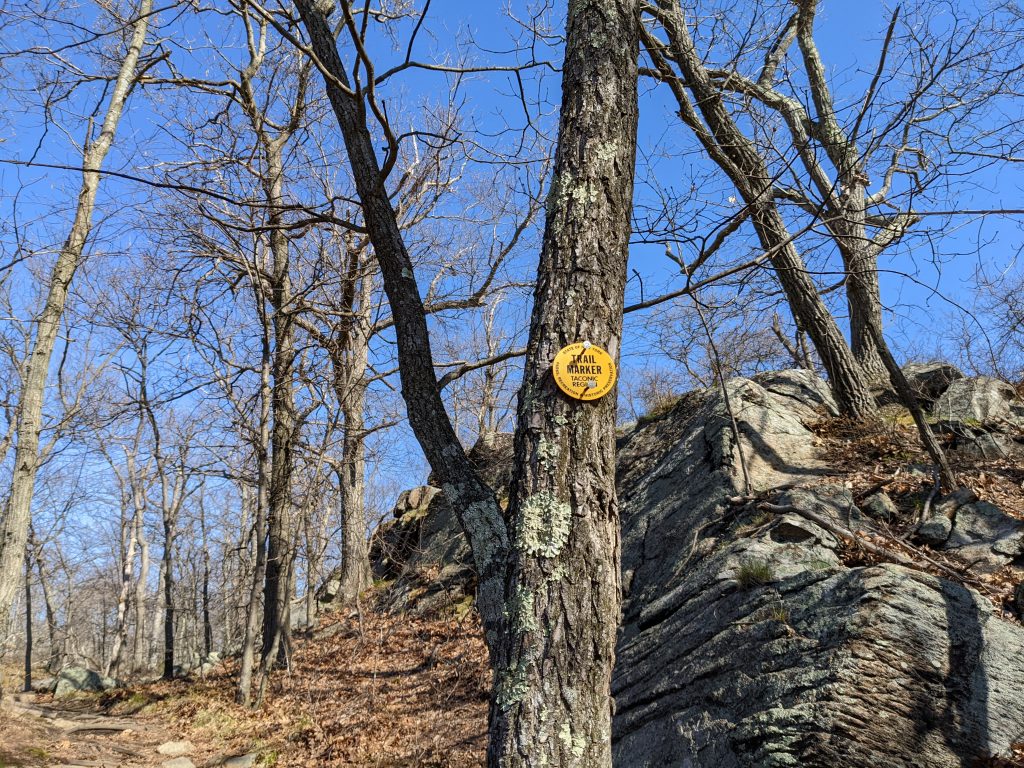 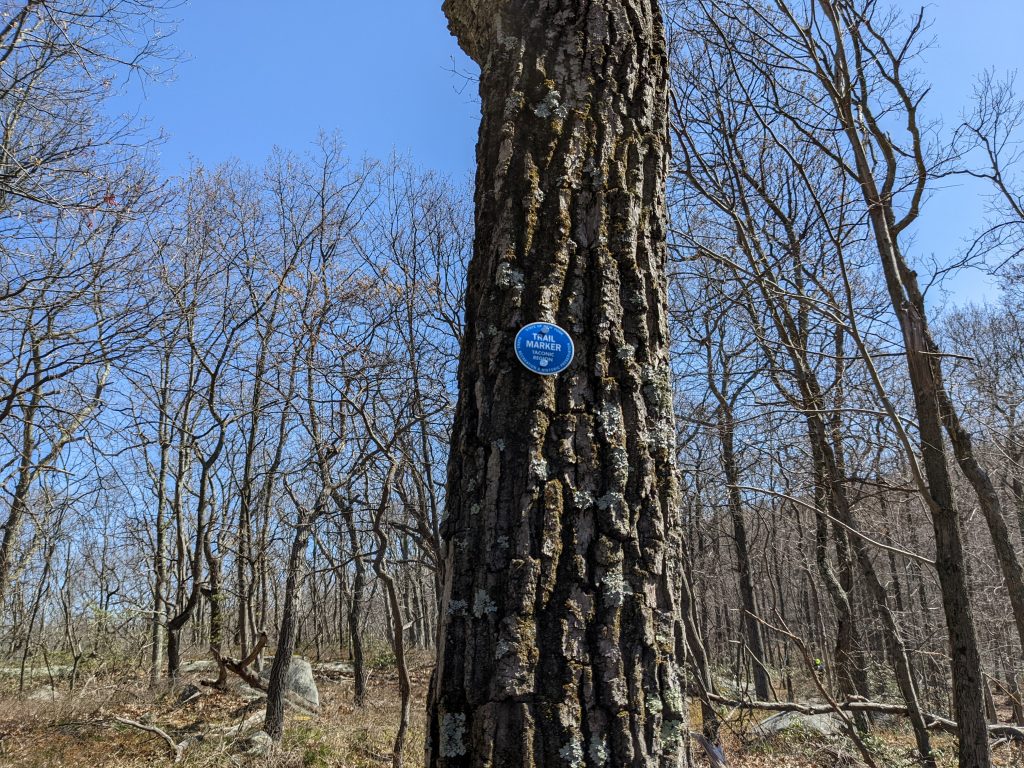 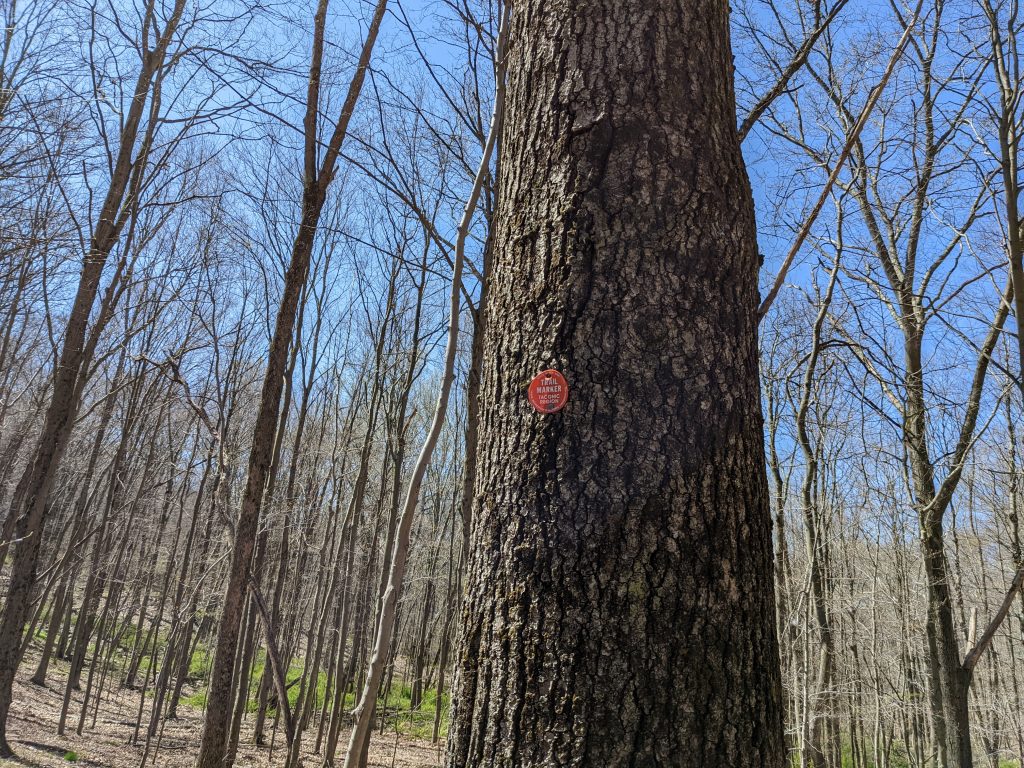 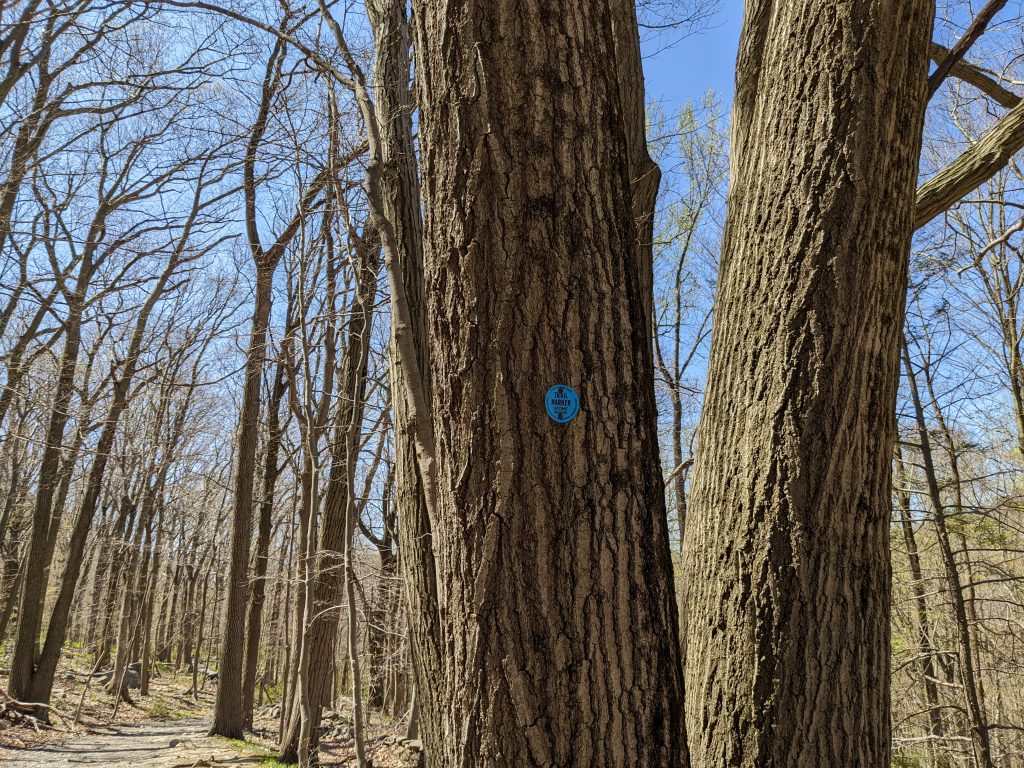