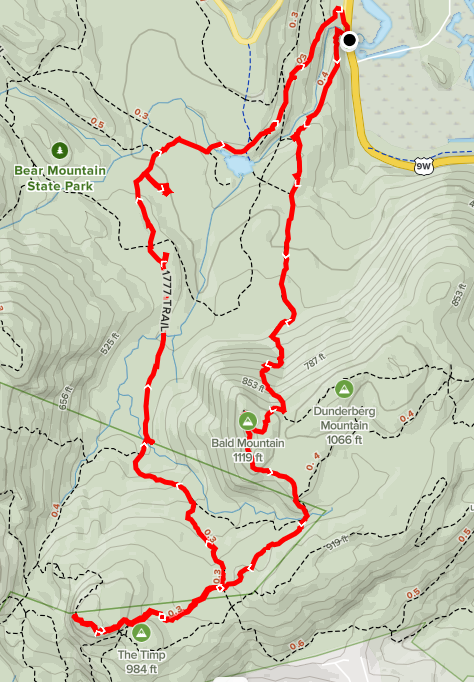 It was a balmy 49 at the trailhead, with not may cars at the pullout on 9W.  By the time I got back he temperatures were in he middle 50s and the pullout was packed.  A perfect day.  I took off my fleece on the way up Bald Mountain, for the steep section, but I put it back on up top.  It was cold and and windy at the top.

The trail starts out paralleling the Doodletown Brook which had some nice cascades.  I went off trail once to get a picture, but you could hear the brook until the trail turned away. 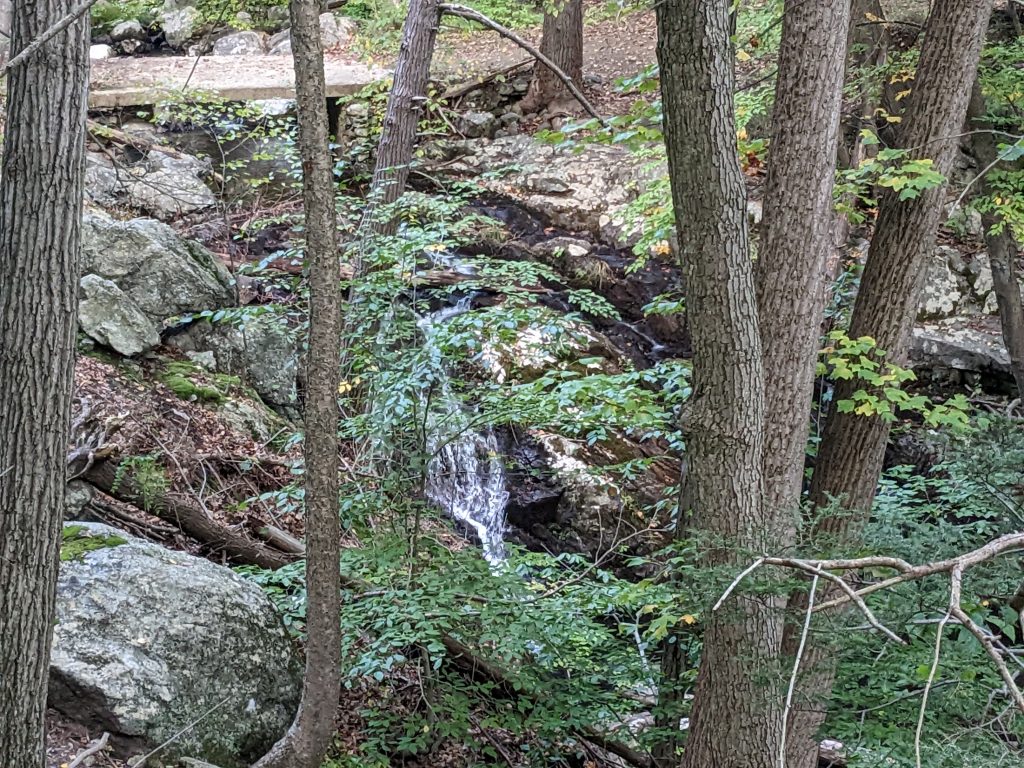 After a short climb, and turn away from the brook, you can see the mountains (and the steep climb) in front of you.  Dunderberg is on your left, Bald is on your right. 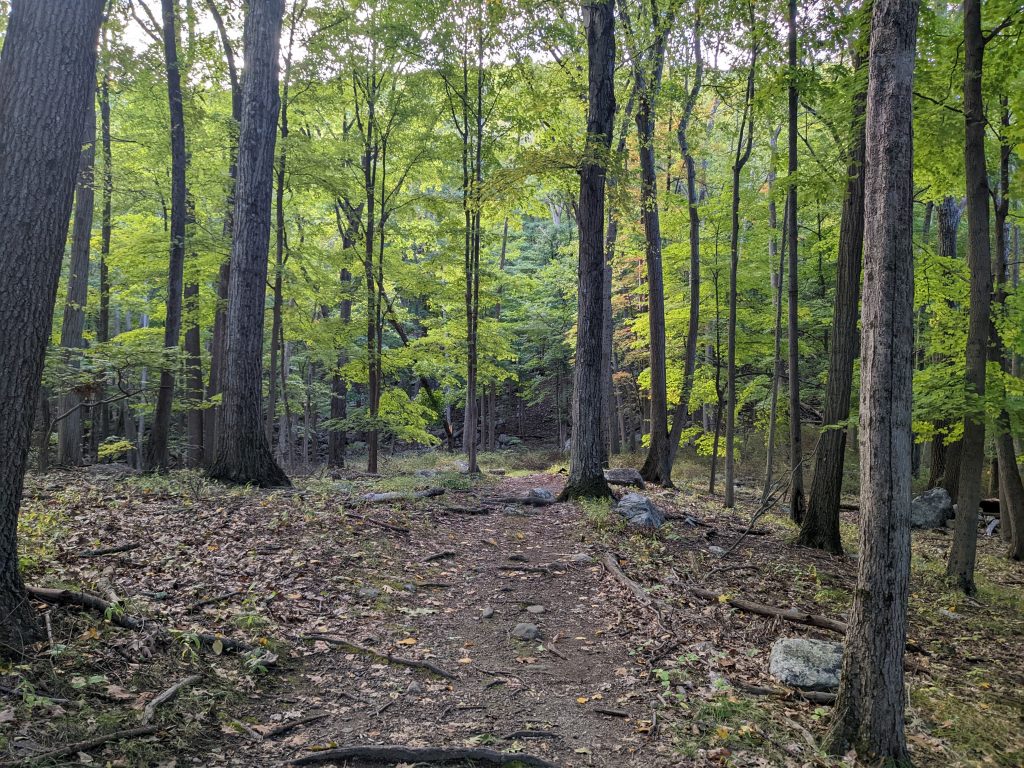 The climb up to the top of Bald Mountain is steep.  Yes, there are switchbacks, but even the switchbacks are steep.  I stopped to take off the fleece because it was such a workout.  It’s not quite the climb as it was up the Devil’s Path to the top of Plateau Mountain, but there were some steep sections.  Once you get to the junction with the Ramapo-Dunderberg trail, the climbing is mostly done for the day.

The top of Bald Mountain had some great views.

The trail off Bald Mountain was pleasant. 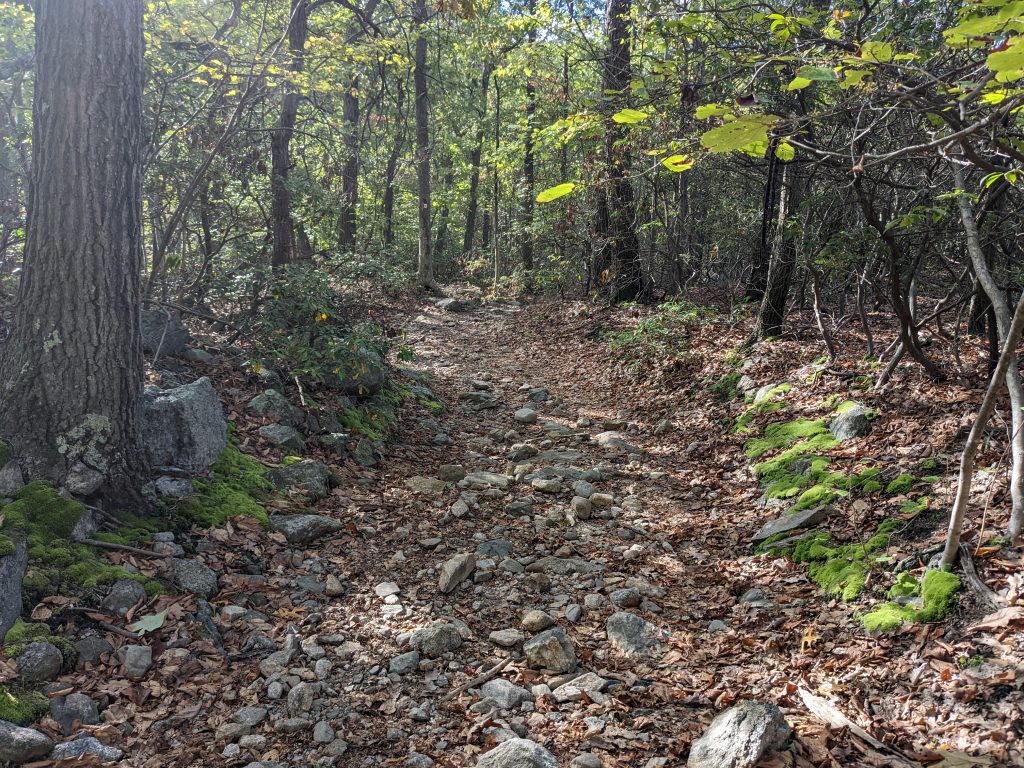 I wasn’t planning on climbing the Timp, but when I looked at the map, I didn’t realize it was as close as it was.  And I wouldn’t have to climb much.  I called an audible and decided to go for it.  The Timp is in Harriman State Park, which is connected to Bear Mountain State Park.  It WAS a short trip.  And the elevation gain wasn’t that much.  But the views were fantastic.  Again, it was colder and windy, but so worth it.  I could see people at the West Mountain shelter across the valley. 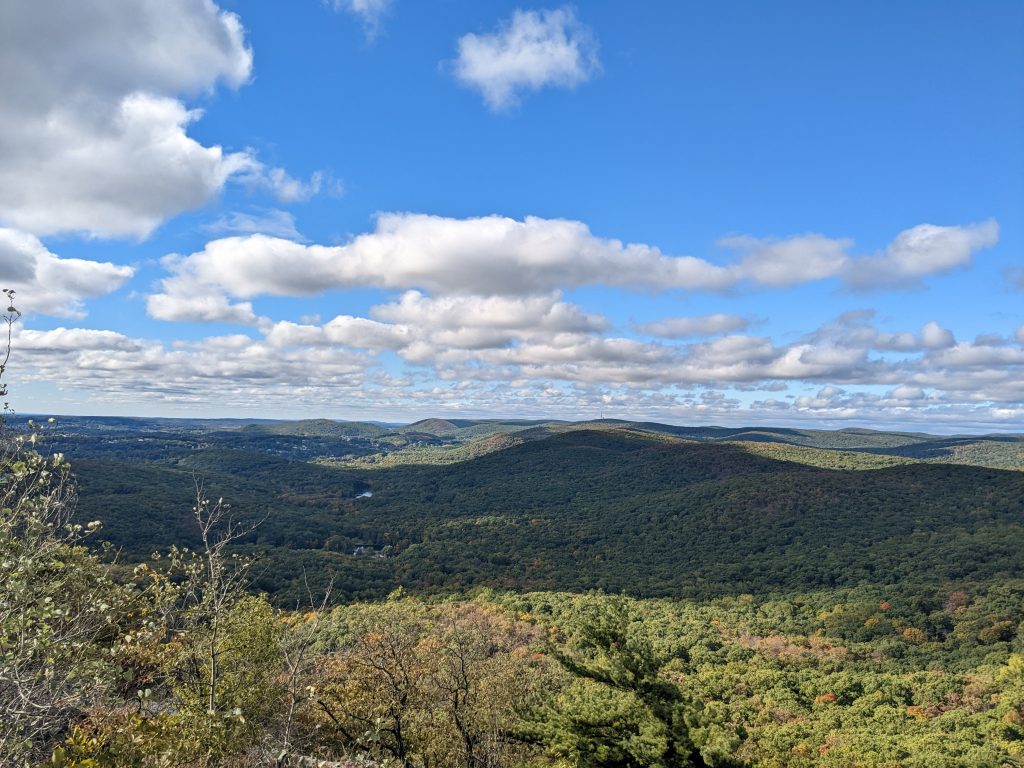 I made my way back to the 1777 trail, which is the path the British took when they headed to Doodletown to attack Colonist forts during the Revolutionary War.  The path is wide most of the time, and becomes a paved road once you arrive at Doodletown. 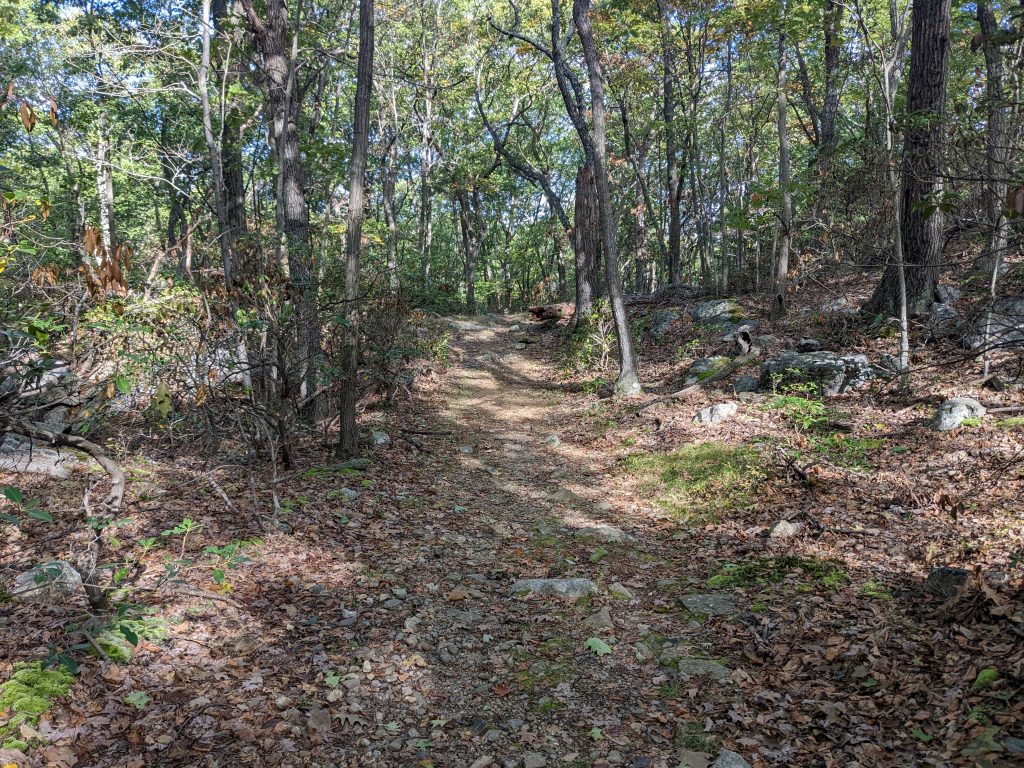 You’ll know you have arrived at Doodletown when you reach this structure, left over from a church camp. 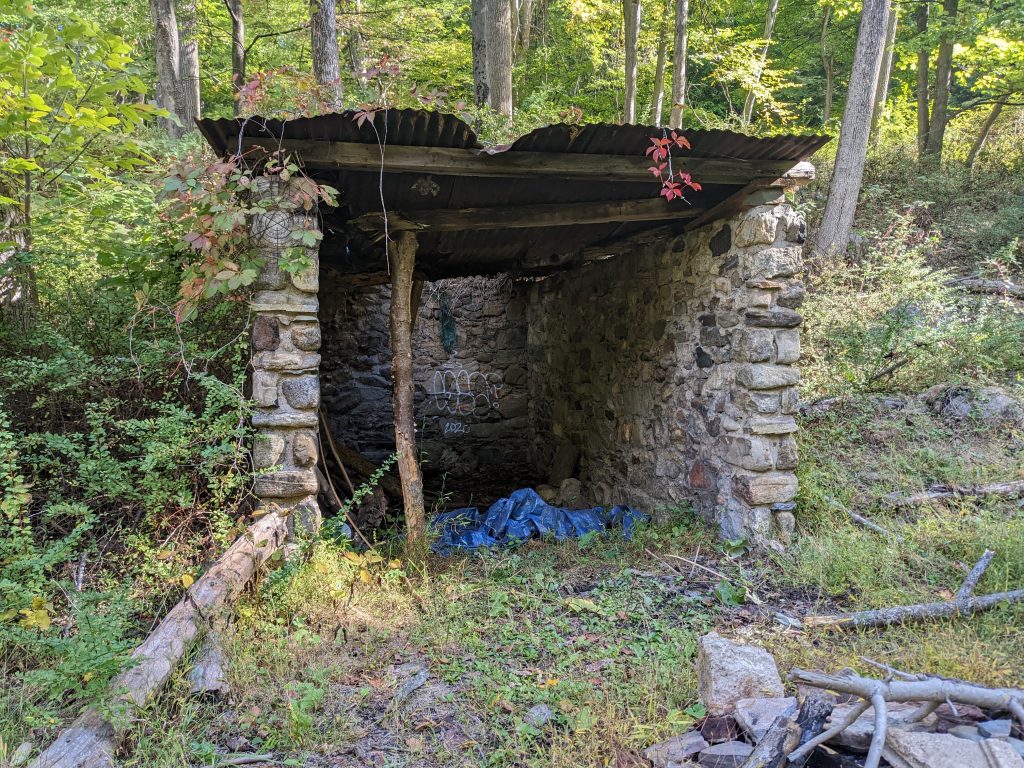 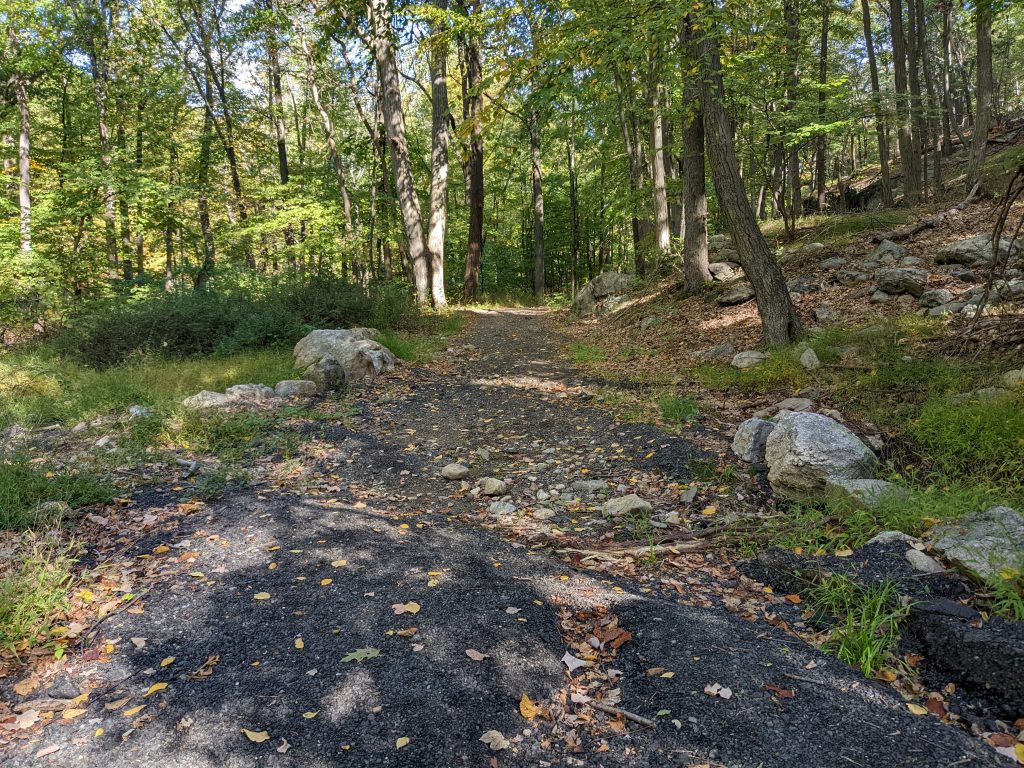 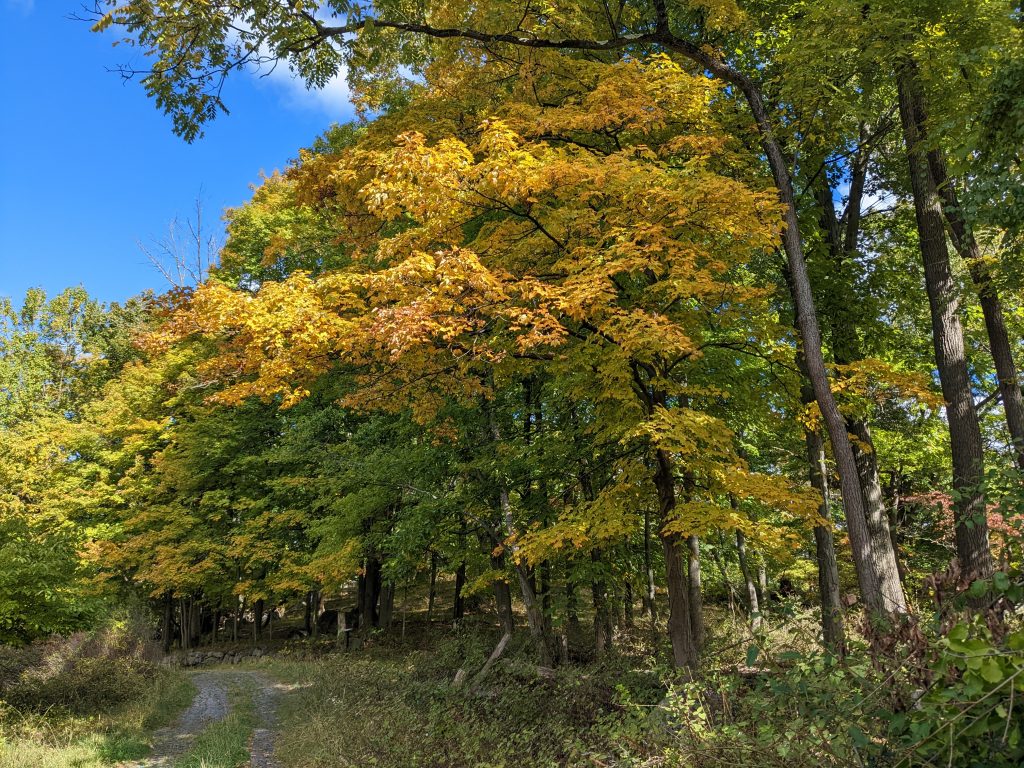 In the middle of Doodletown, I found one of the old cemeteries. It was very quiet and peaceful, with not a lot of light.  This particular cemetery is still used, there are stones with modern dates on them.  There are some stones that go back to the middle-1800s. 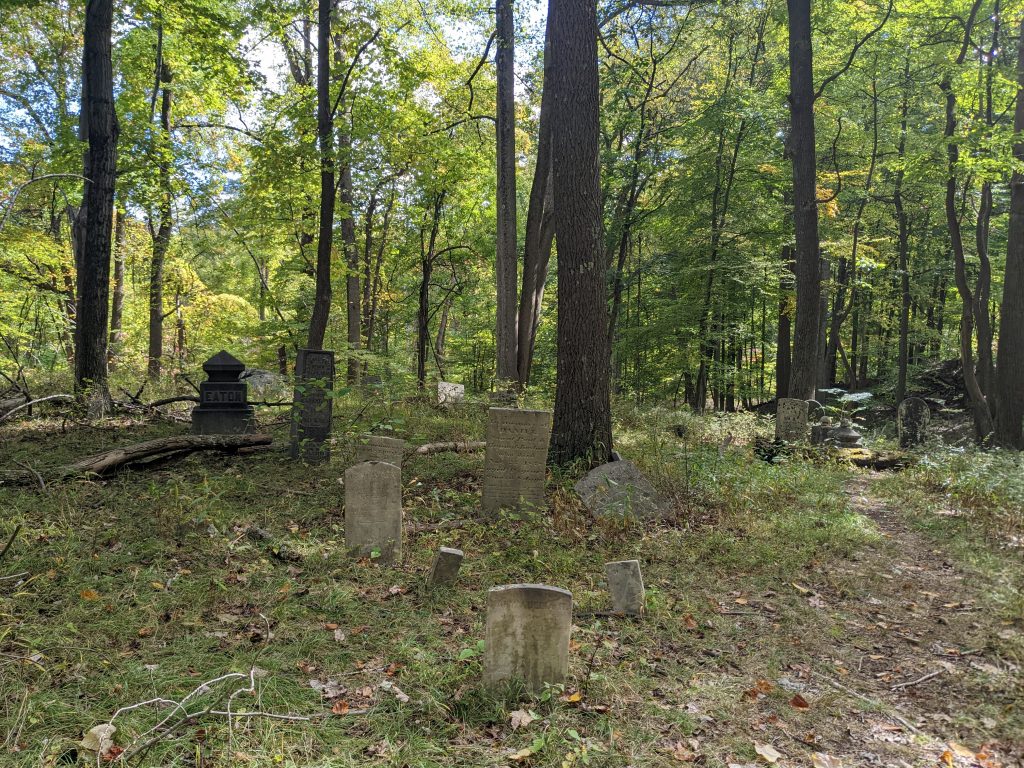 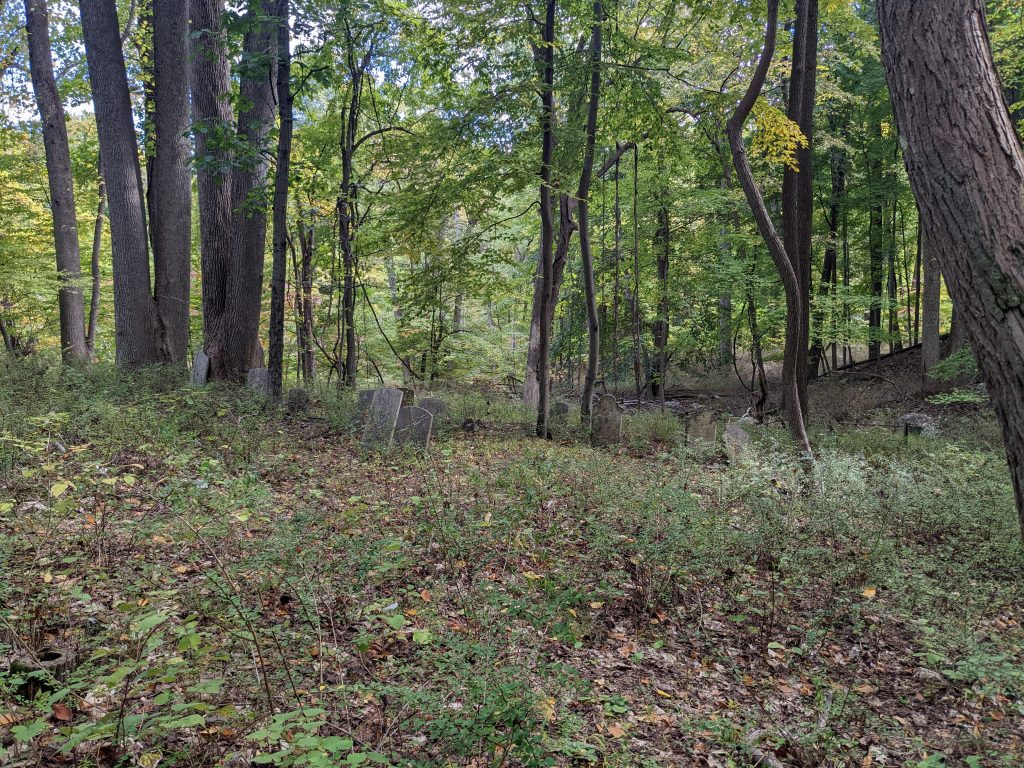 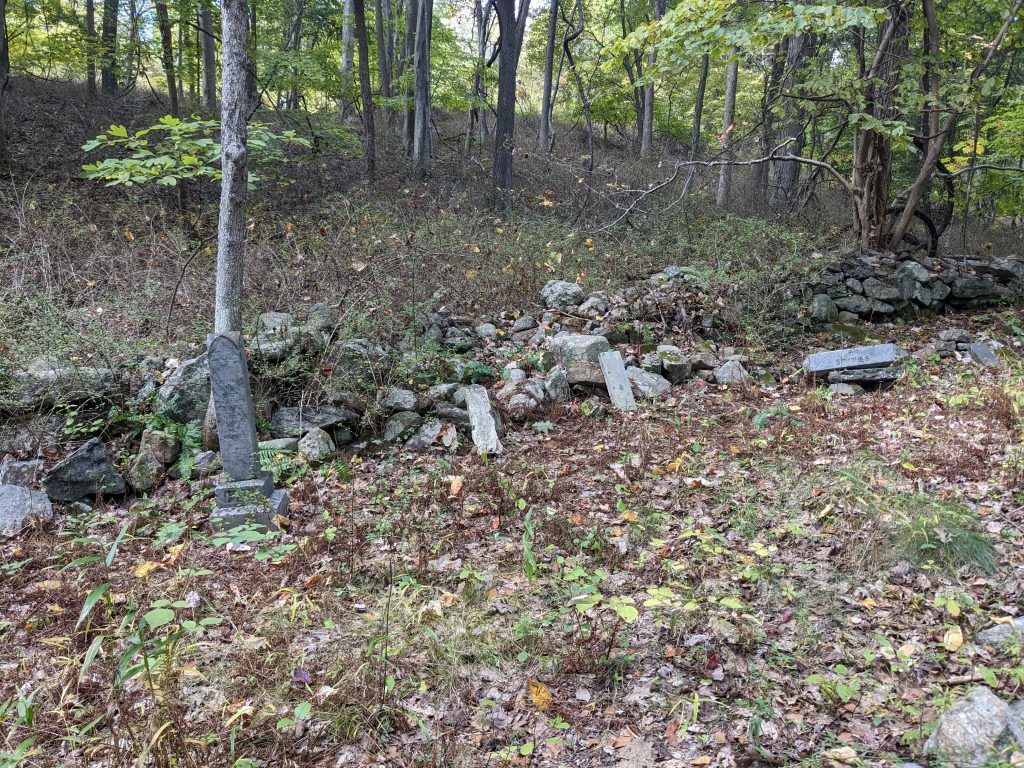 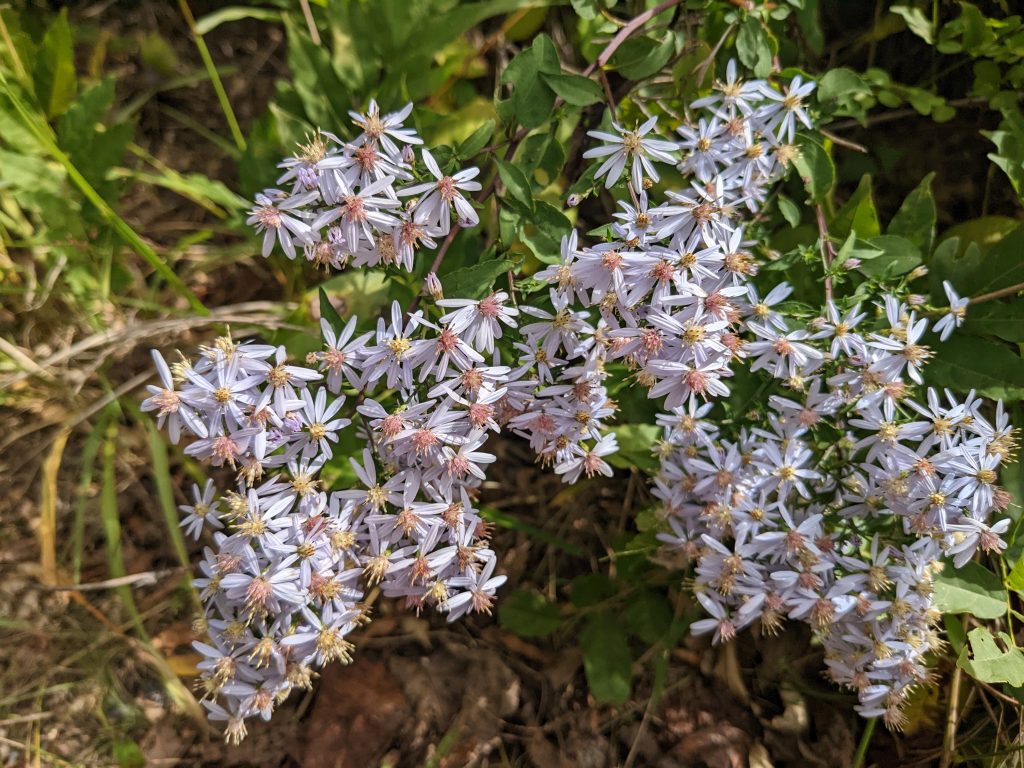 This was probably my favorite non-Catskill hike of the year.  The views were great, the climb was not too long, the weather was perfect.  I’d definitely do this hike again. 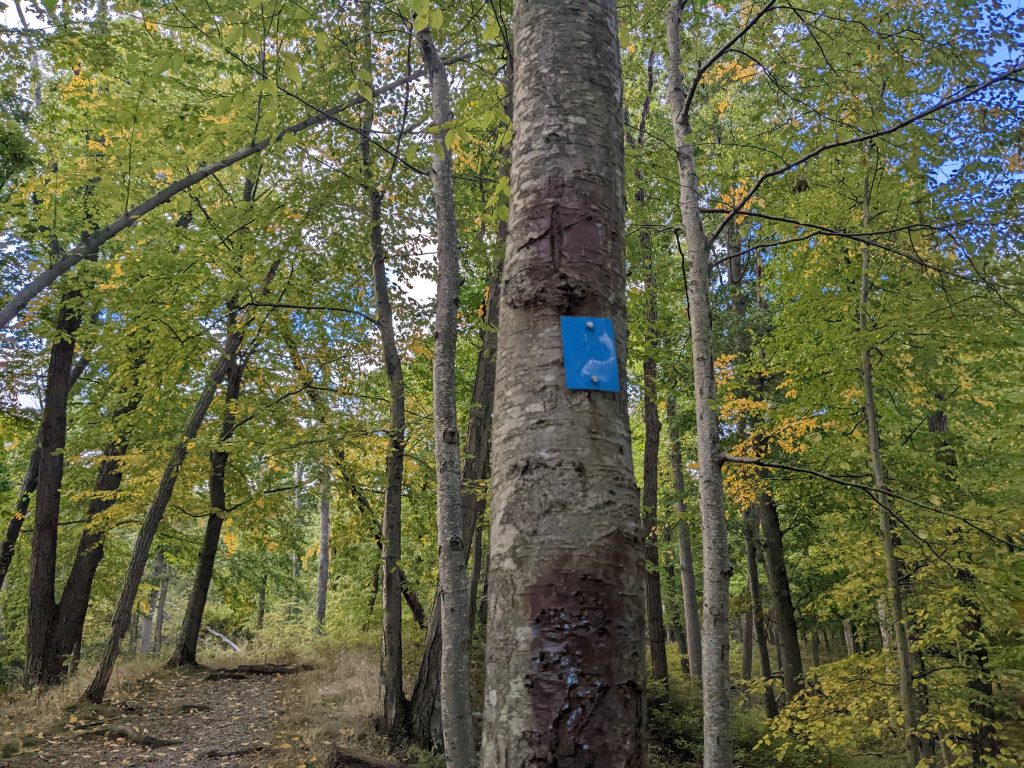 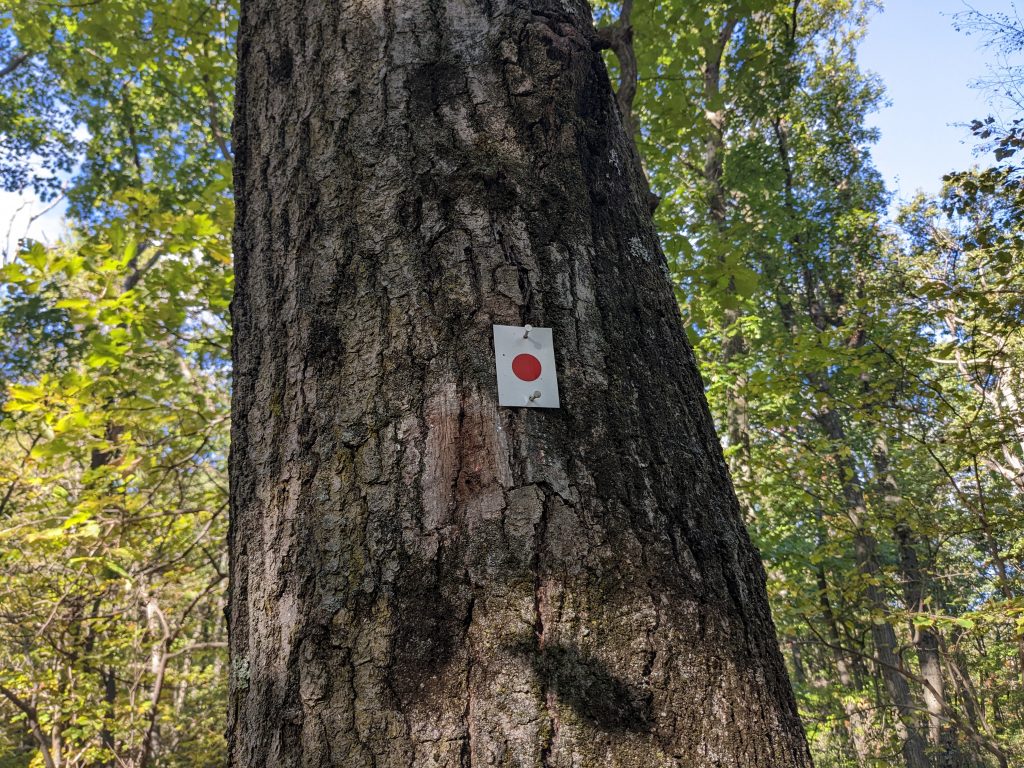 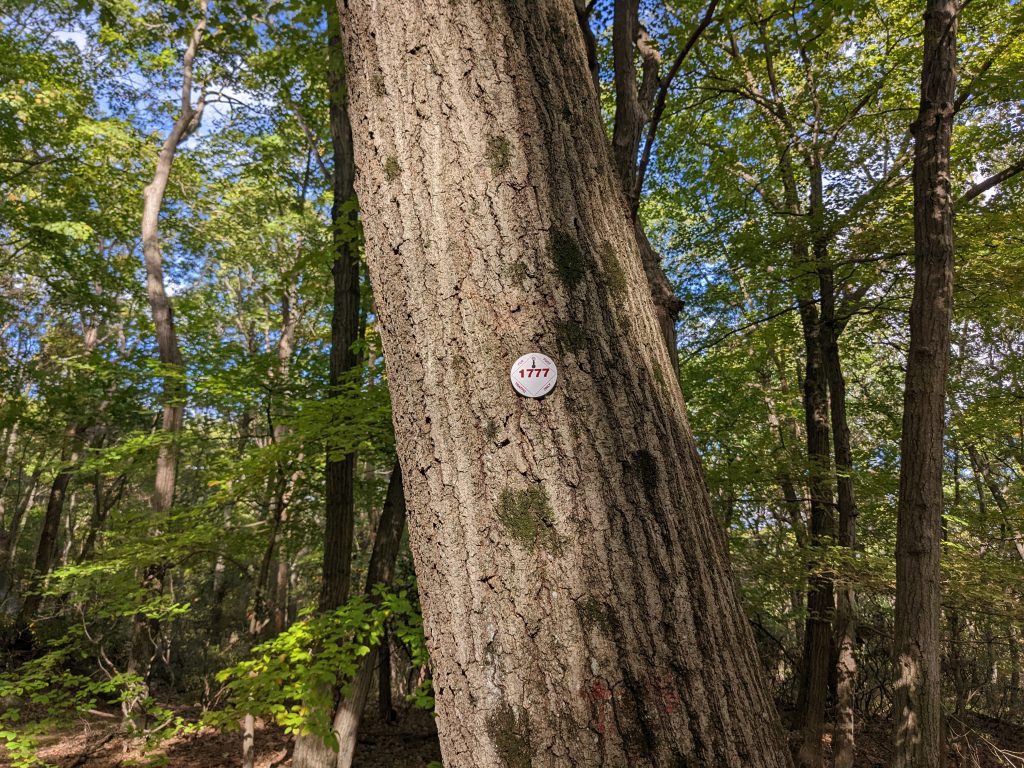 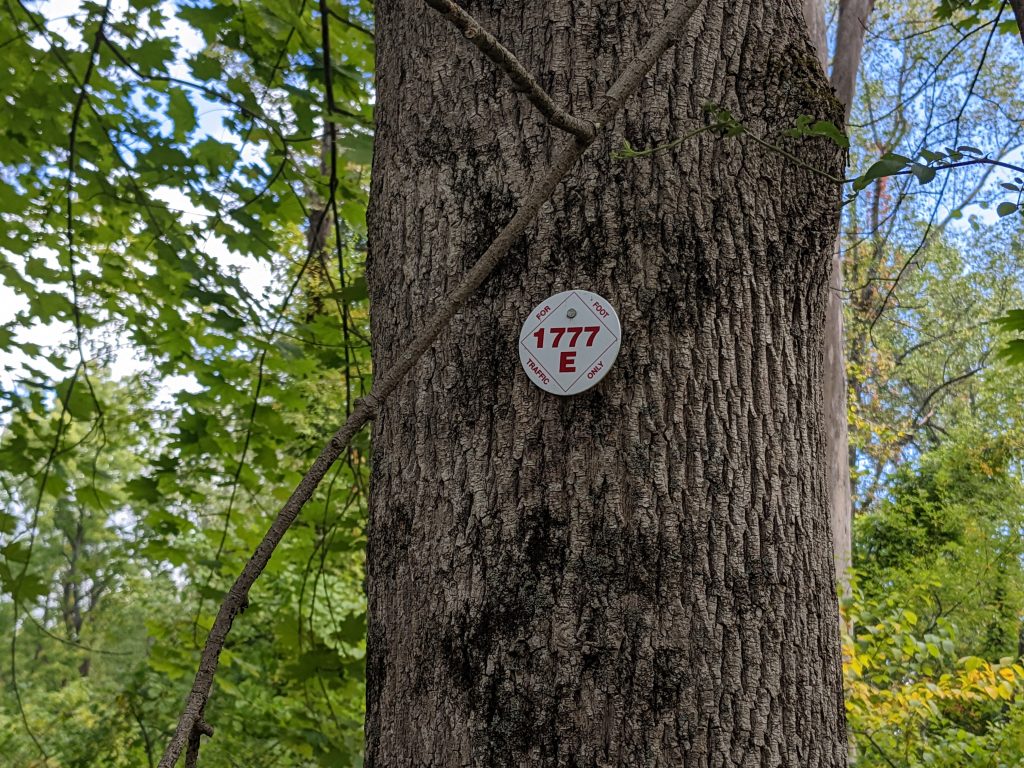