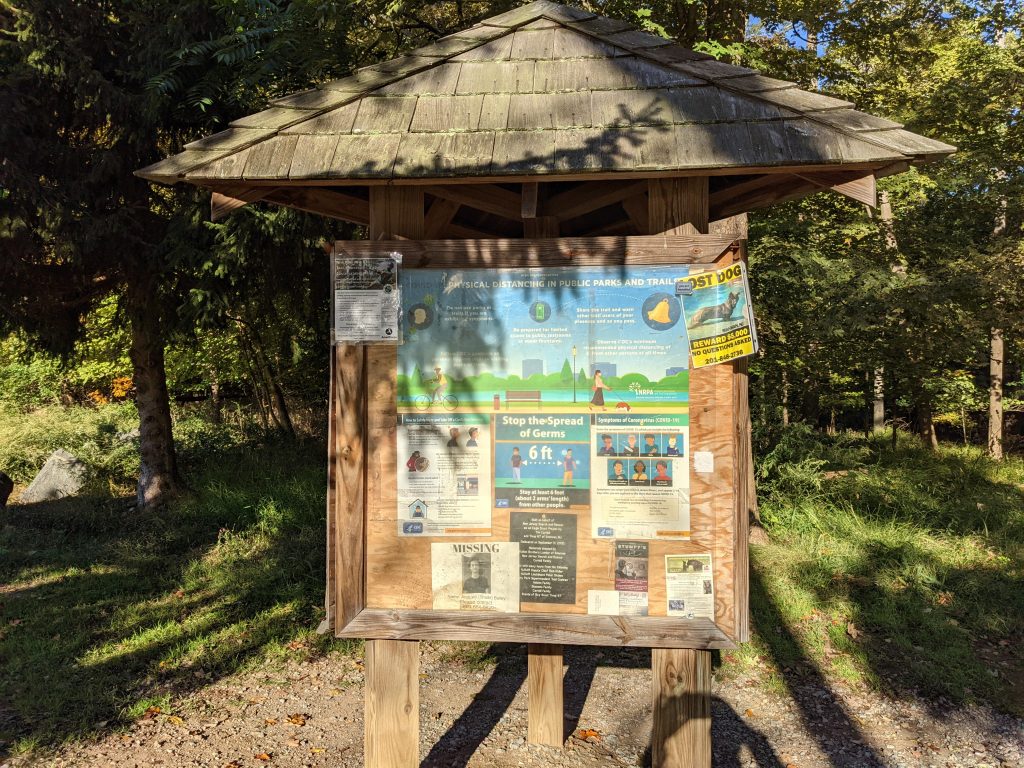 Trail Map – I will note that I had multiple maps with me, one that extended further than this map, as I was, for a bit, in Ringwood State Park. 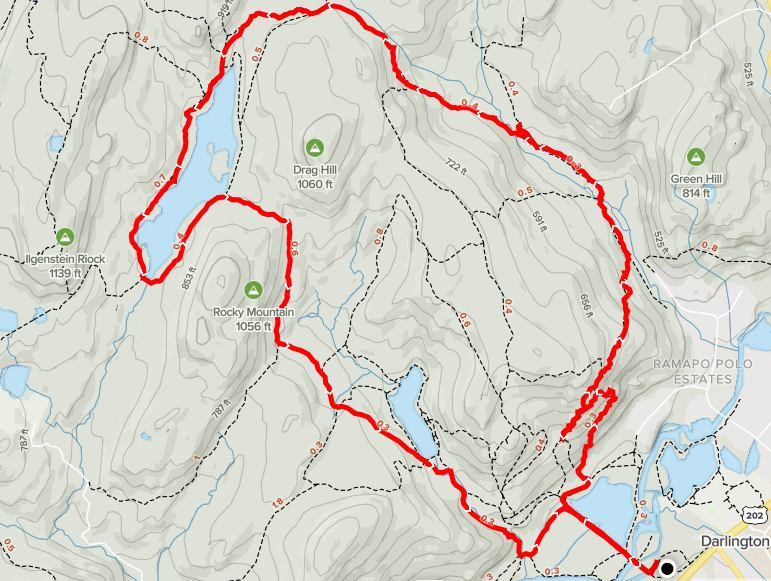 A gorgeous day, it was 49 at the trail head, and middle 70s when I finished.  I reached the parking lot at around 8:45 in the morning and it was already starting to fill up.  When I finished, sometime after 1:00, it was full.  Ramapo Reservation gets packed, with people out for an easy stroll, picnicking, and fishing.  Any trails beyond the Vista Loop or the waterfall will see significantly less people.

Starting out on the Vista Loop you will walk by Scarlet Oak Pond, with lots of people on the banks fishing. 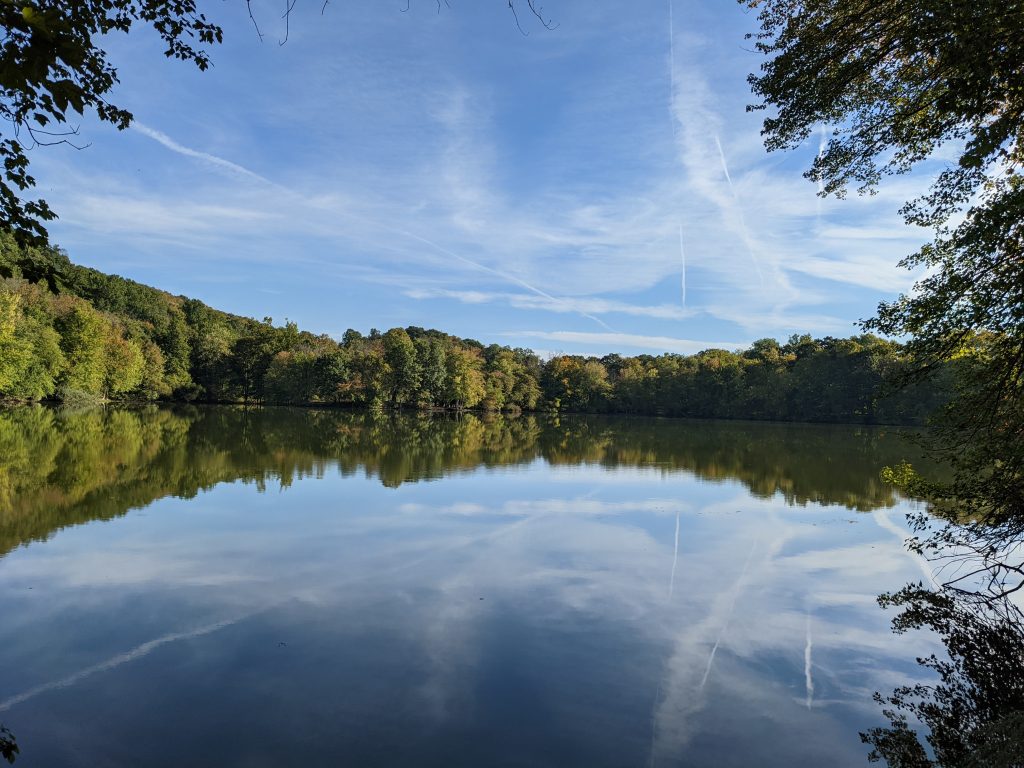 After the pond, I took a right on Vista Loop heading up the hill.  The first stop would be Hawk Rock – probably twenty minutes into the hike.  Hawk Rock offers plenty of views.  It was here that I took off the fleece, I wouldn’t need it for the rest of the hike. 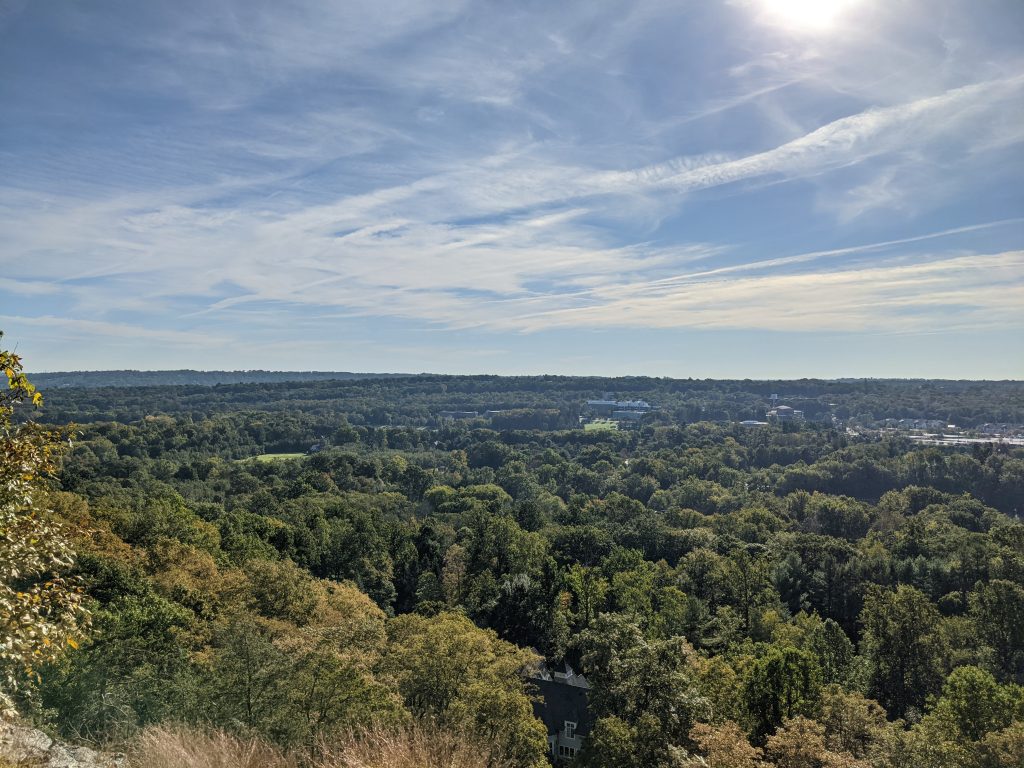 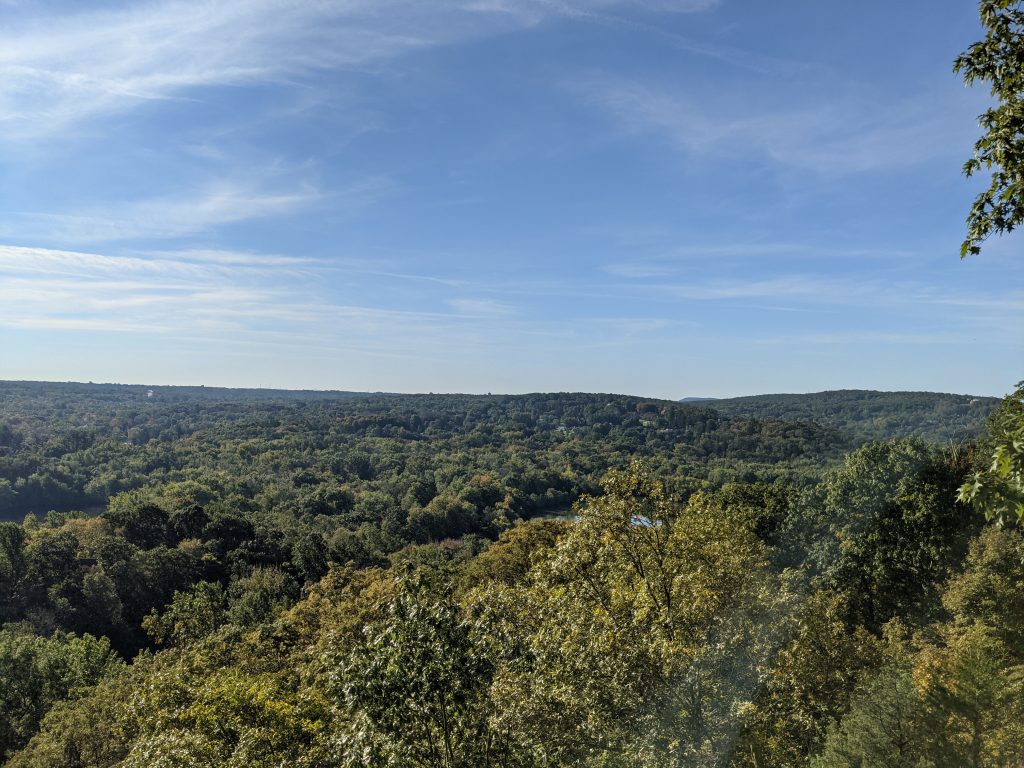 The view is directly East, and it was clear enough for me to see:

I hike to get away from it all, but it is still pretty neat to be able to see the city.

I made a wrong turn…or rather, I didn’t make the turn I was supposed to make (and I have no idea how I missed it – this wouldn’t be the first time) and ended up on a trail that wasn’t on any of three maps I brought.  I did get to see this guy, though:

After getting back on Vista Loop, it was off to the Halifax trail, which would be the longest trail of the hike.  Right off the bat, I had to navigate some construction in a gas pipeline cut. 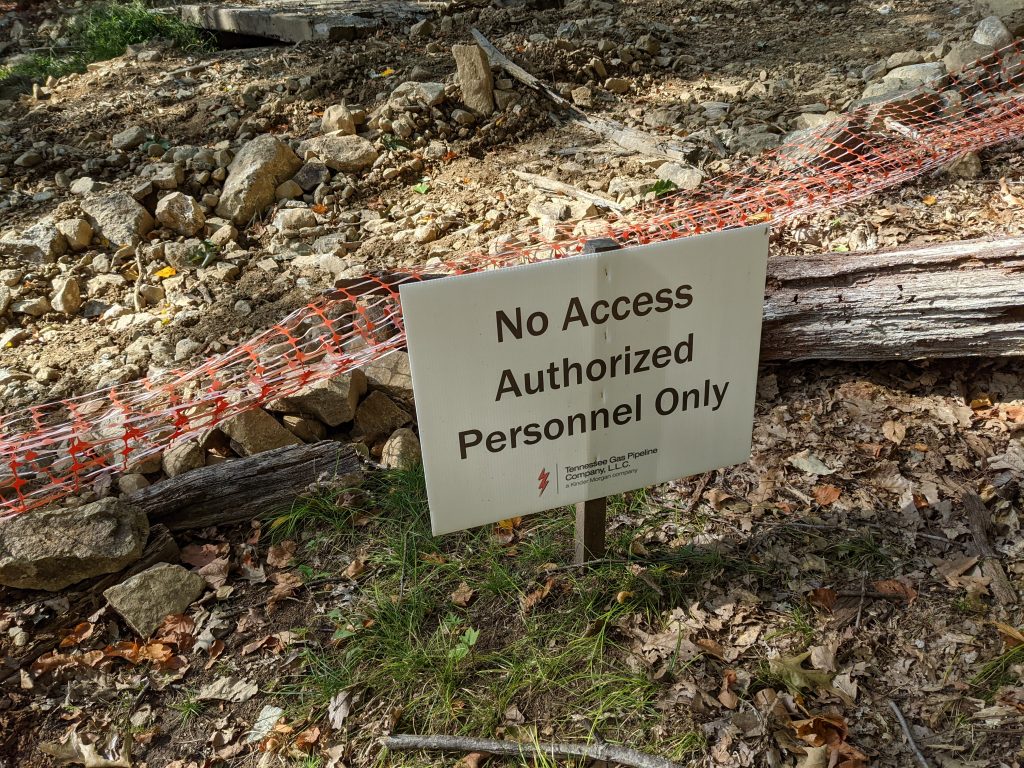 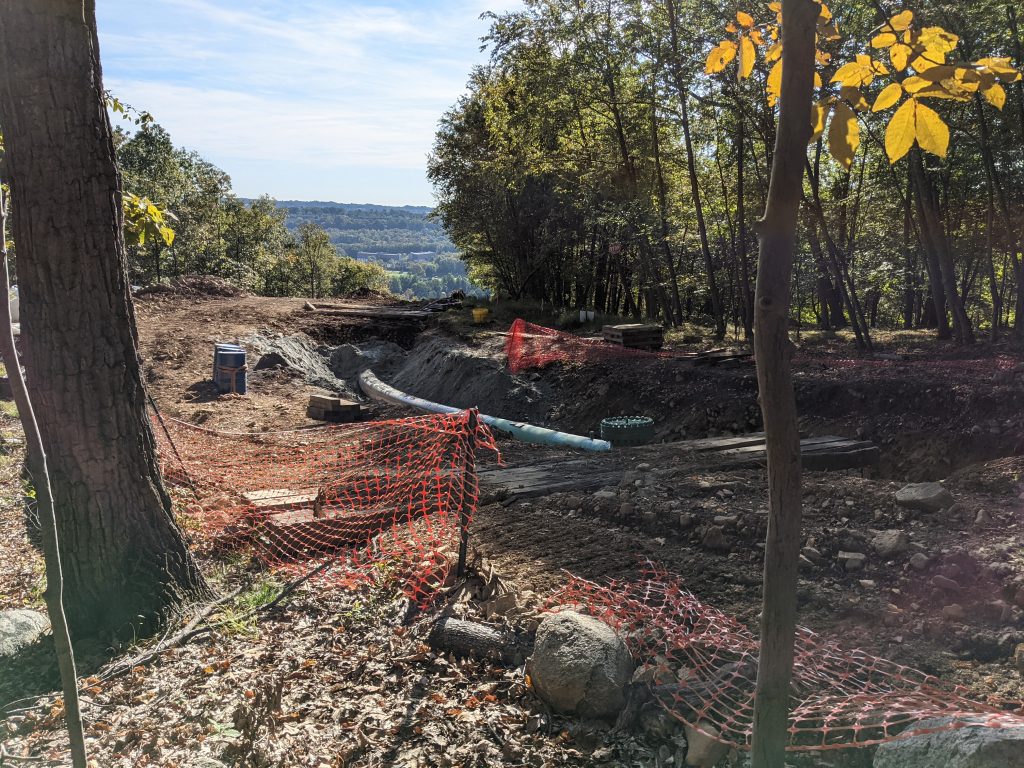 The Halifax trail is mostly a woods road, but does head off on it’s own after a while.  Again, another turn I would miss – though this time I was looking for the Halifax ruins off to my right.  I couldn’t see them as there were too many leaves on the trees.  And, obviously, I didn’t see the left turn. 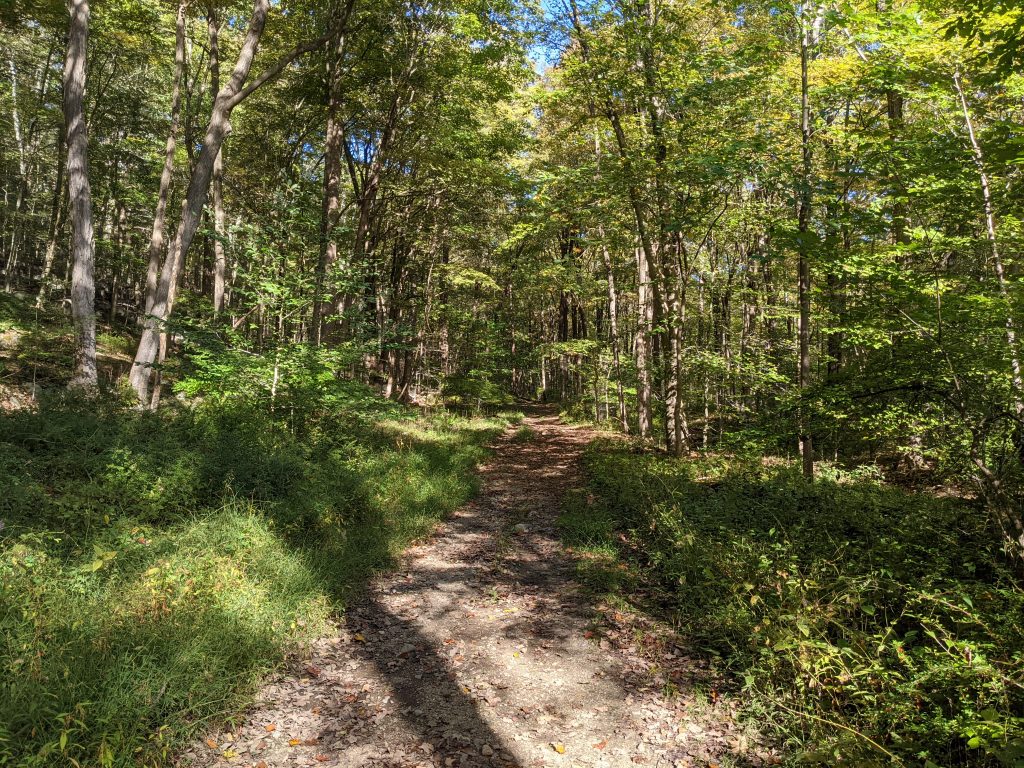 And, Ladies and Gentlemen, you have hit the Daily Double.  If you had the exacta, you received a nice payday.

I have no explanation.

Just after the turn I missed, I came across this common earthball: 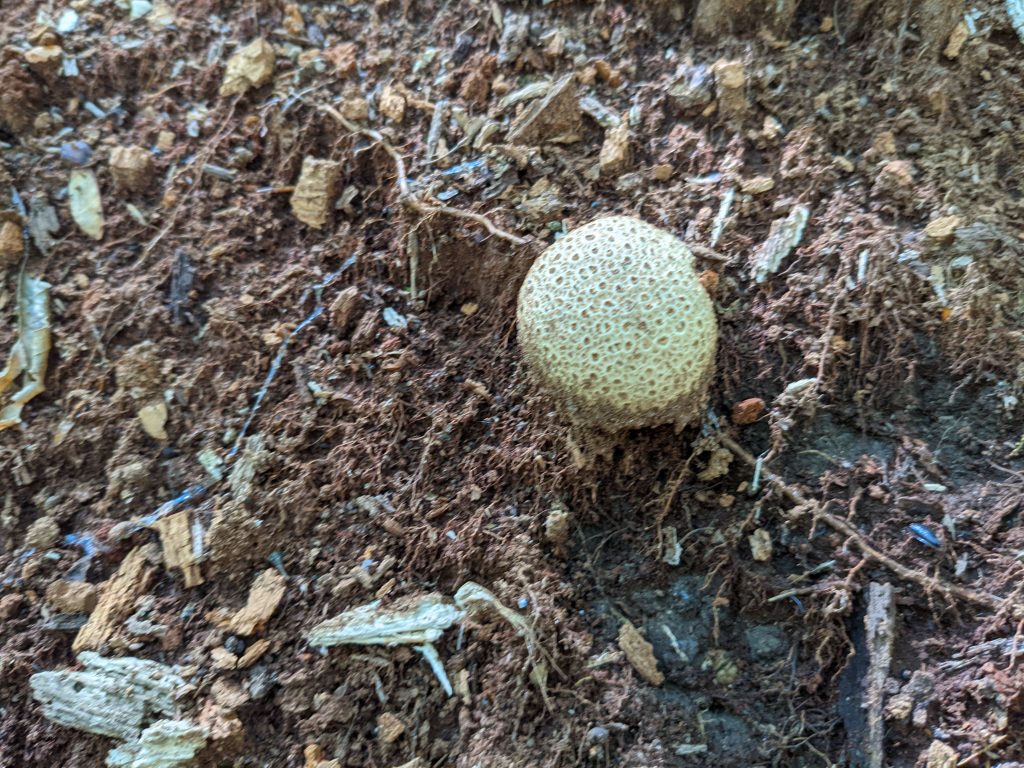 Backtracking, I found where I was supposed to turn.  I really shouldn’t have missed this. 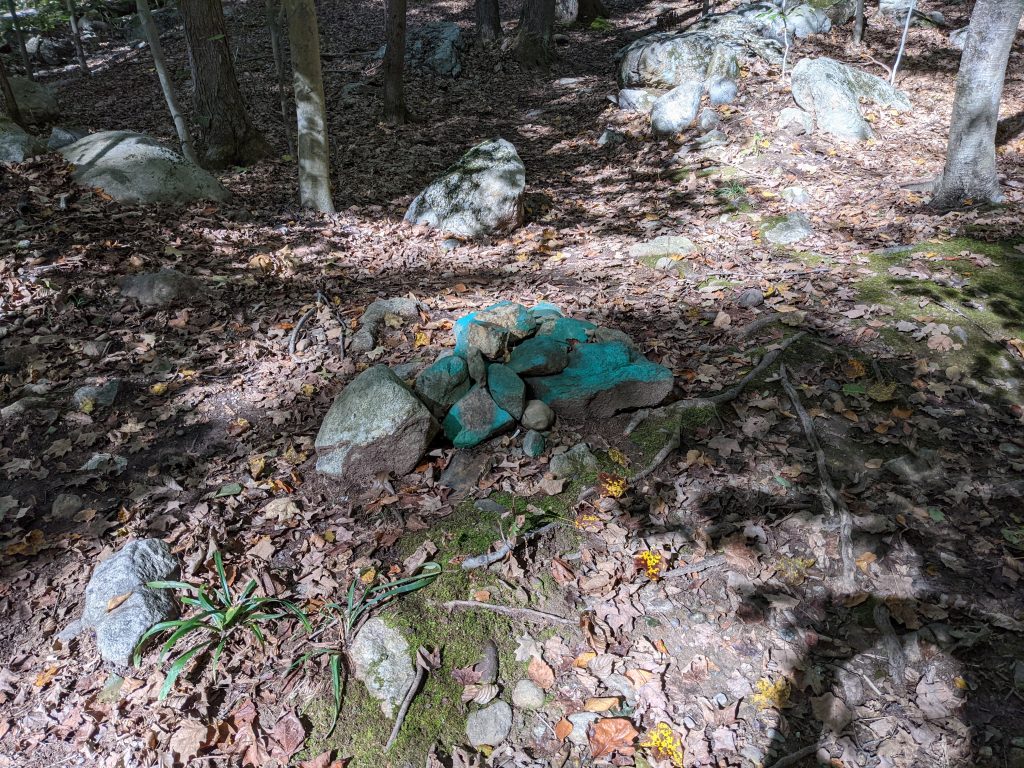 Trails were in great condition for the most part.  Every so often, while in the woods and not on woods roads, I came across blowdowns; some looked relatively recent. 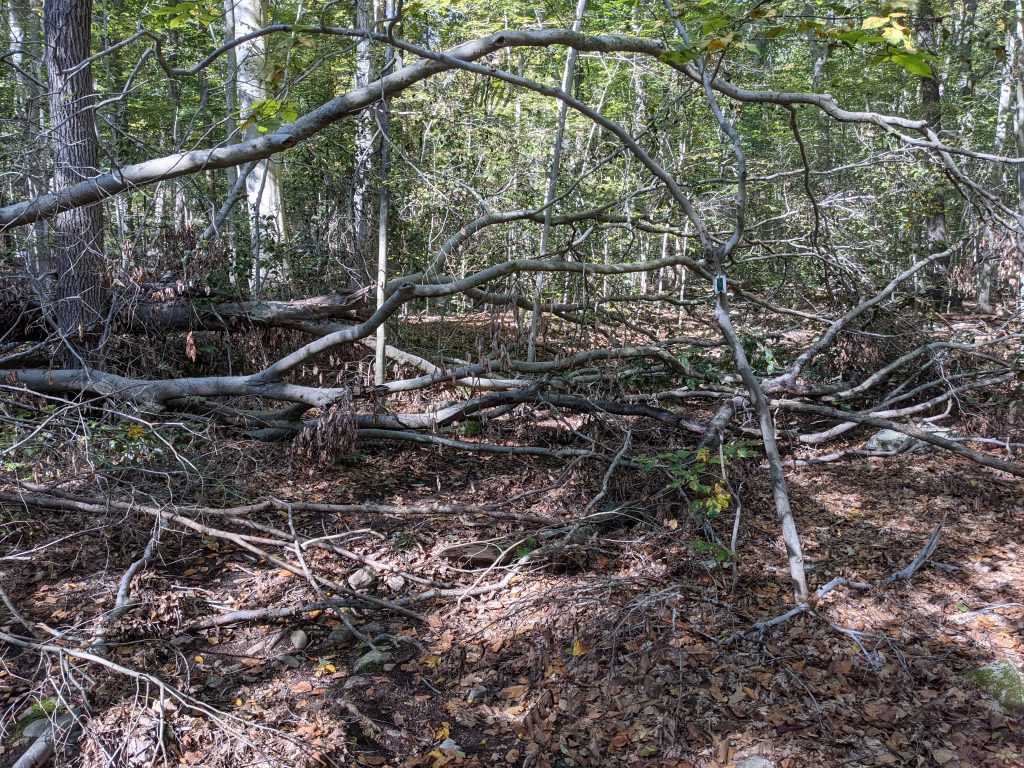 A shot looking down the pipeline cut: 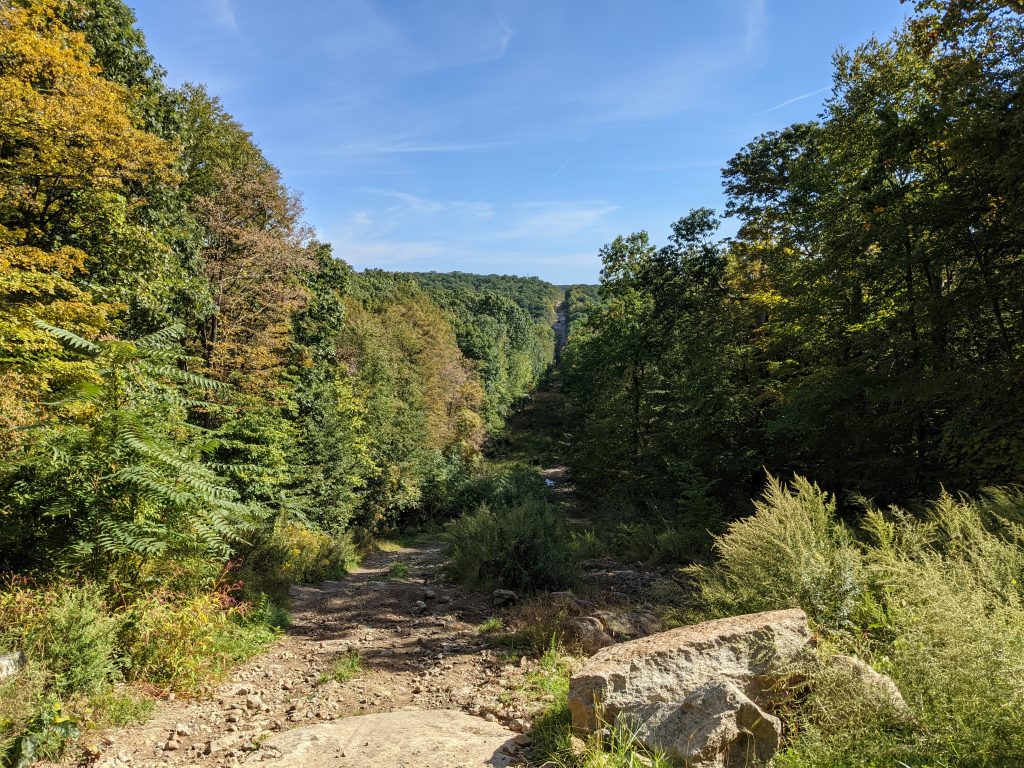 My path crossed this cut three times.  Coming out on the other side of this particular spot the trail followed a looong rock – which felt great to walk on. 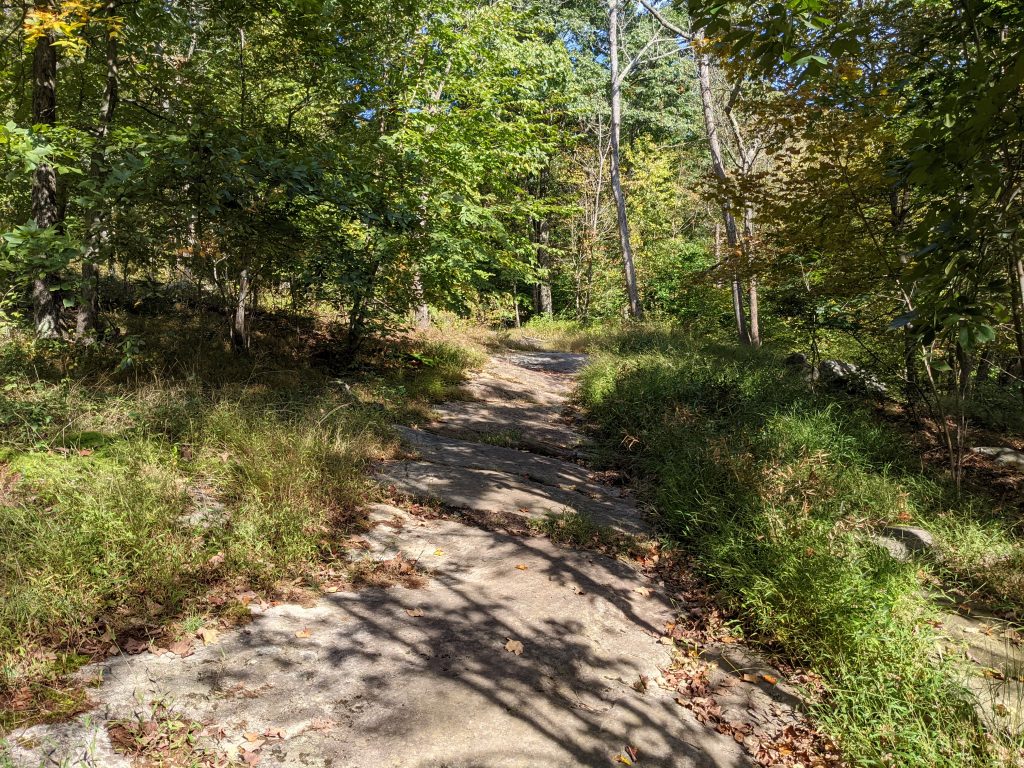 This tree is hungry: 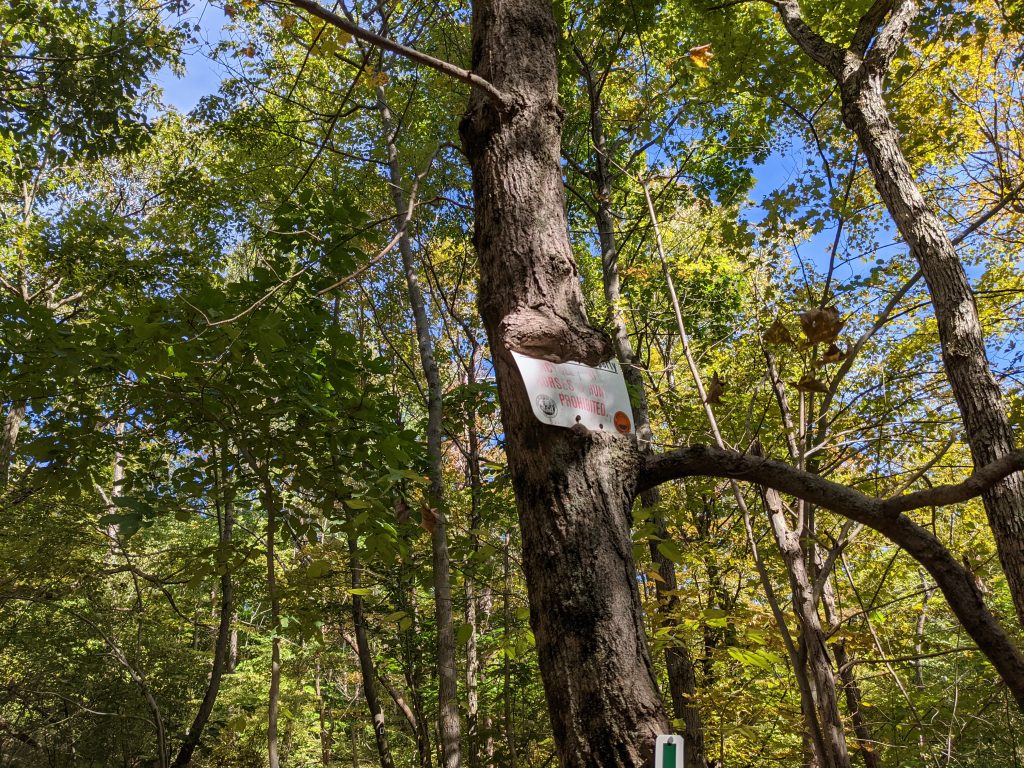 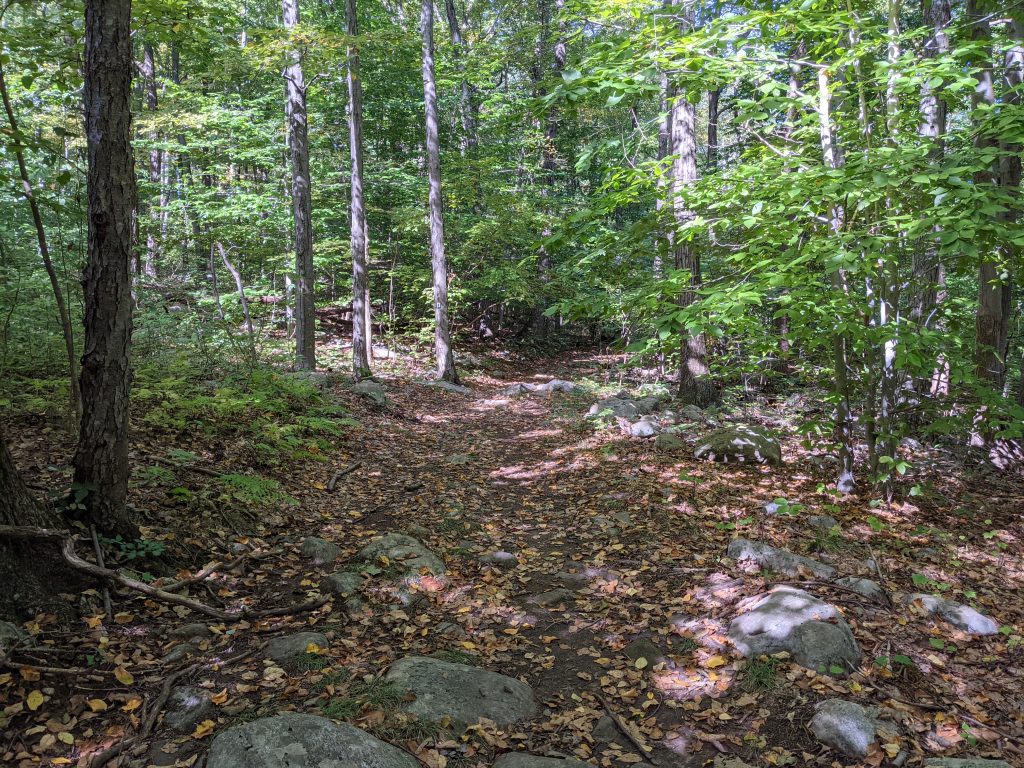 After crossing the third pipeline cut, I came to paved road, which I was only on for about 20 yards.  Once back in the woods I was greeted by this Coral Tooth Fungus. 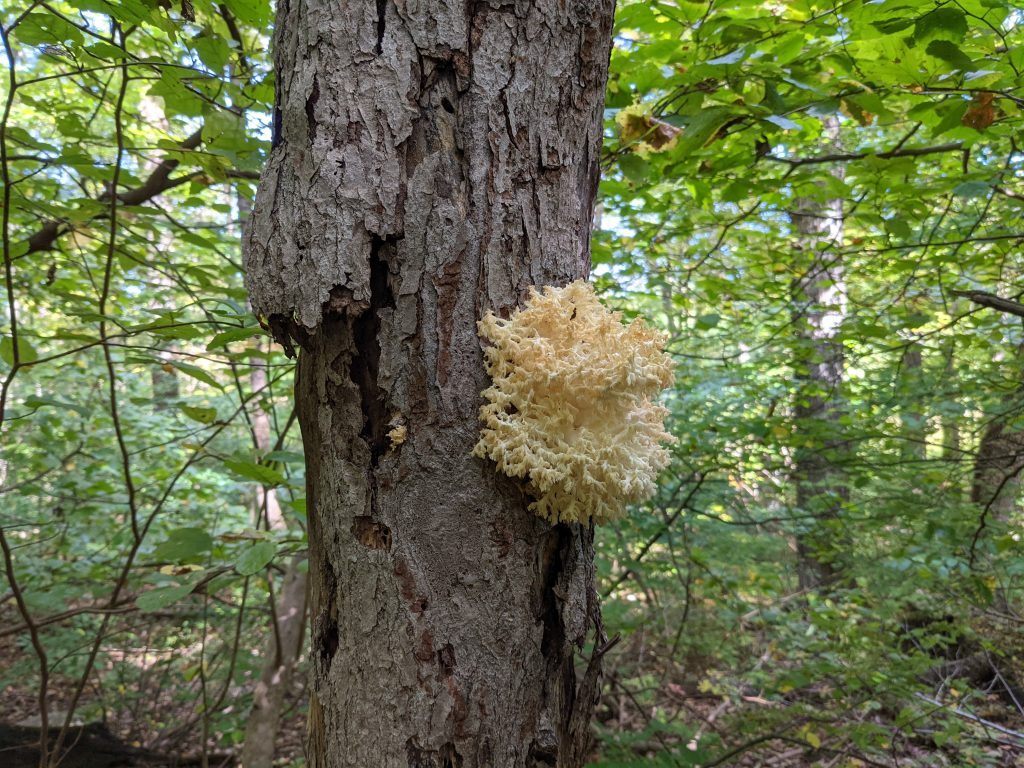 As I neared the Shore trail I found a tree covered with what I think is Chicken Of the Woods.  And they were big.  The second picture I used my hand for scale.  It is edible I believe, but I wasn’t going to take any; it looked pretty cool where it was.  And, in this section, the mosquitoes were out. 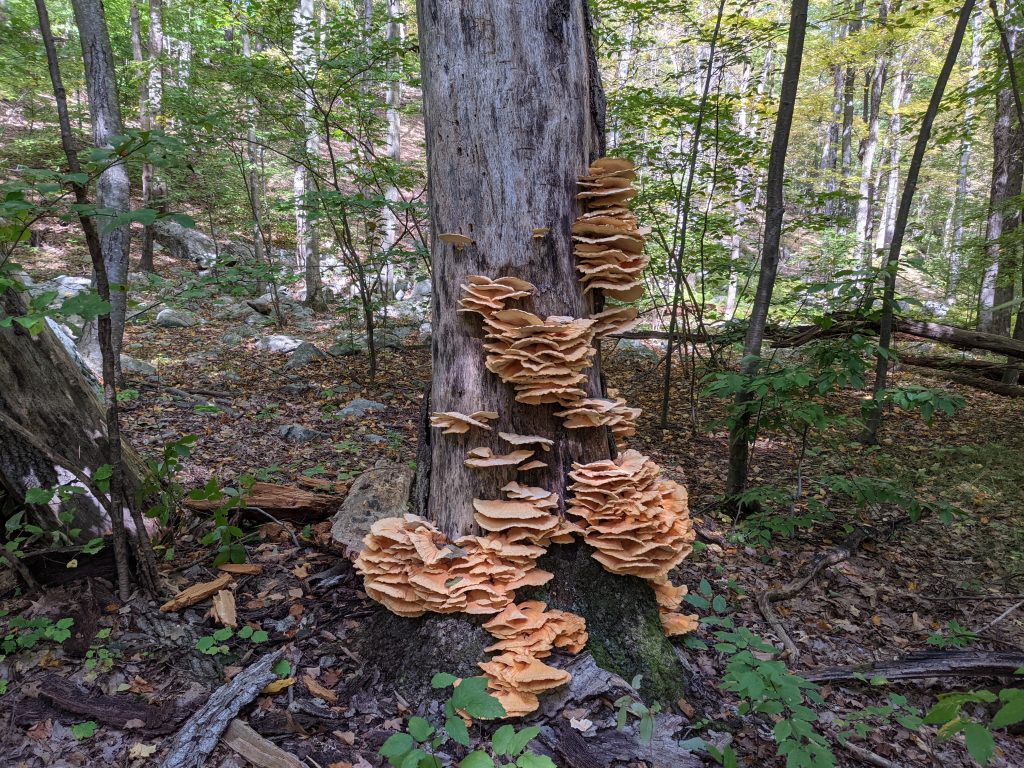 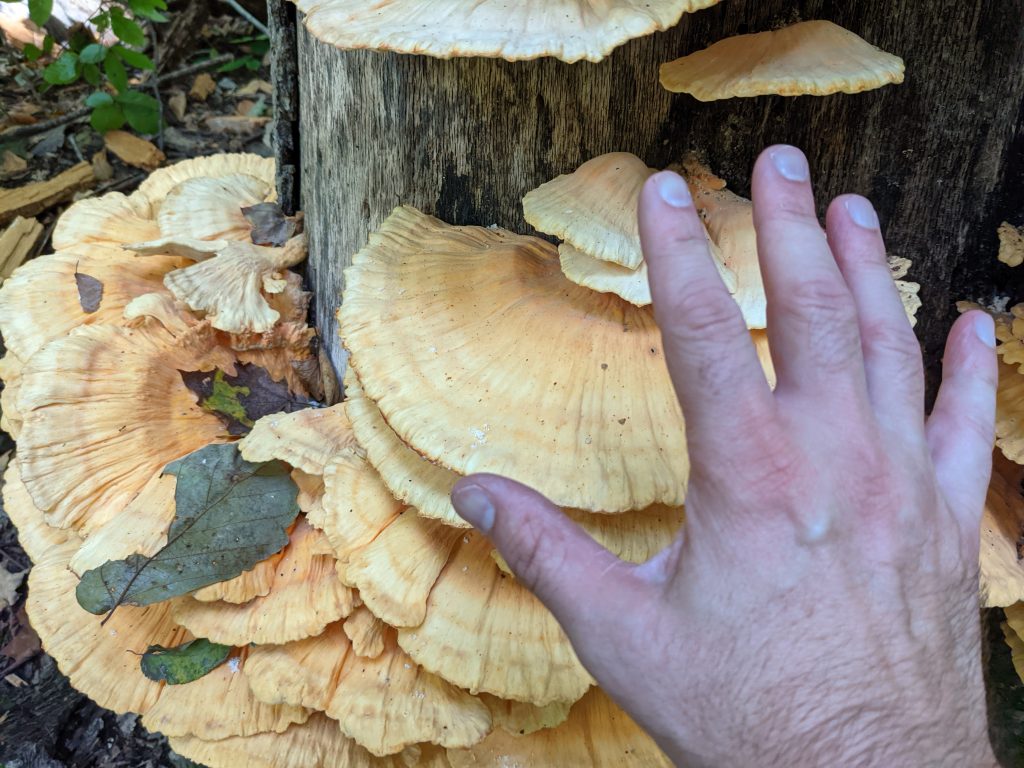 While walking on the Shore trail I could see Bear Swamp Lake opening up to my left.  Not wanting to make a mistake I made on a previous hike, I took a small spur trail to see the lake. 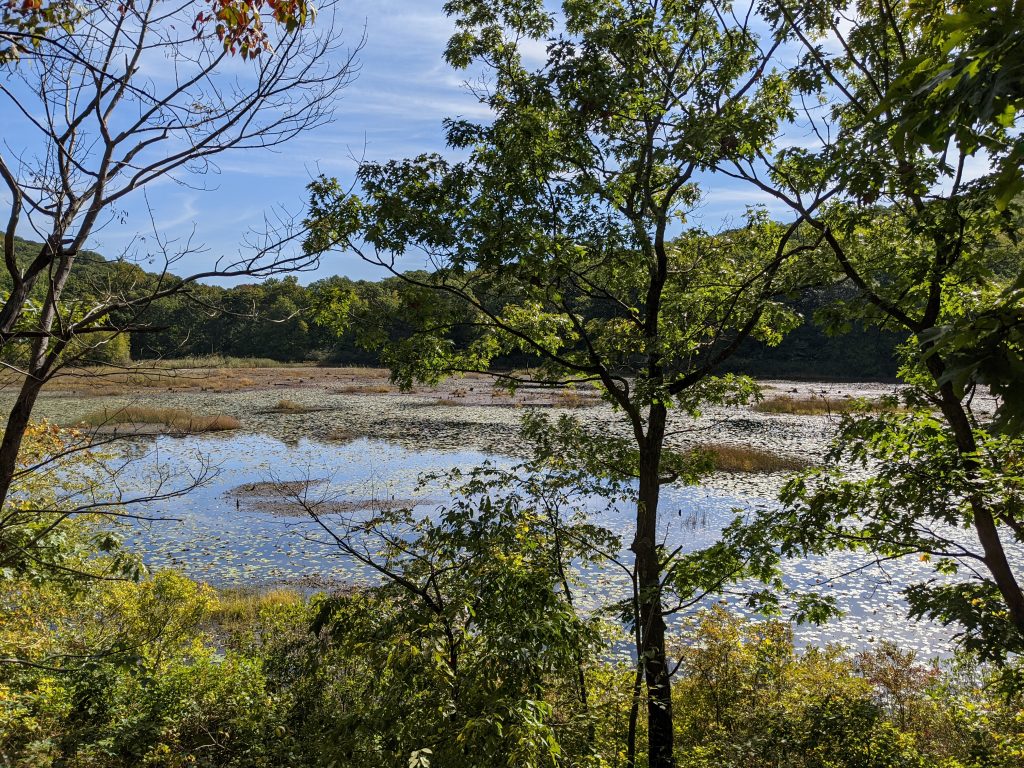 It was worth stopping for a few minutes for a drink and a snack.  After hydrating, I started back to the main trail.  I heard a bunch of sticks breaking in the distance, and looked up to see a black shape crossing my path about 20 yards in front of me.  I stopped to take pictures:

Wow!  He looked right at me, and when I got up, he ambled off.  Of course, my first reaction was to look for cubs, and seeing none, I took pictures.  He really didn’t seem interested in me.

After watching for a minute, I took off on my route.  A hiker approached me from the opposite direction and I let her know of the bear.  We stopped to admire (he was a ways off this point) and then decided to leave.  Megan, I hope you got the pictures.

At the southern end of Bear Swamp Lake, the trail crosses over a dam and joins the paved road for a bit.

We took the Red-Silver trail back towards the parking lot.  It parallels the southern edge of MacMillan Reservoir and junctions other trails at the dam.  There were LOTS of people at this point – it was really crowded.

We could have taken the Ridge Loop back to the Vista Loop, but we detoured to see the waterfalls.  Water was low, so the cascades were merely a trickle.  But, there was some good water going over the falls.  There would be no solitude at this point. 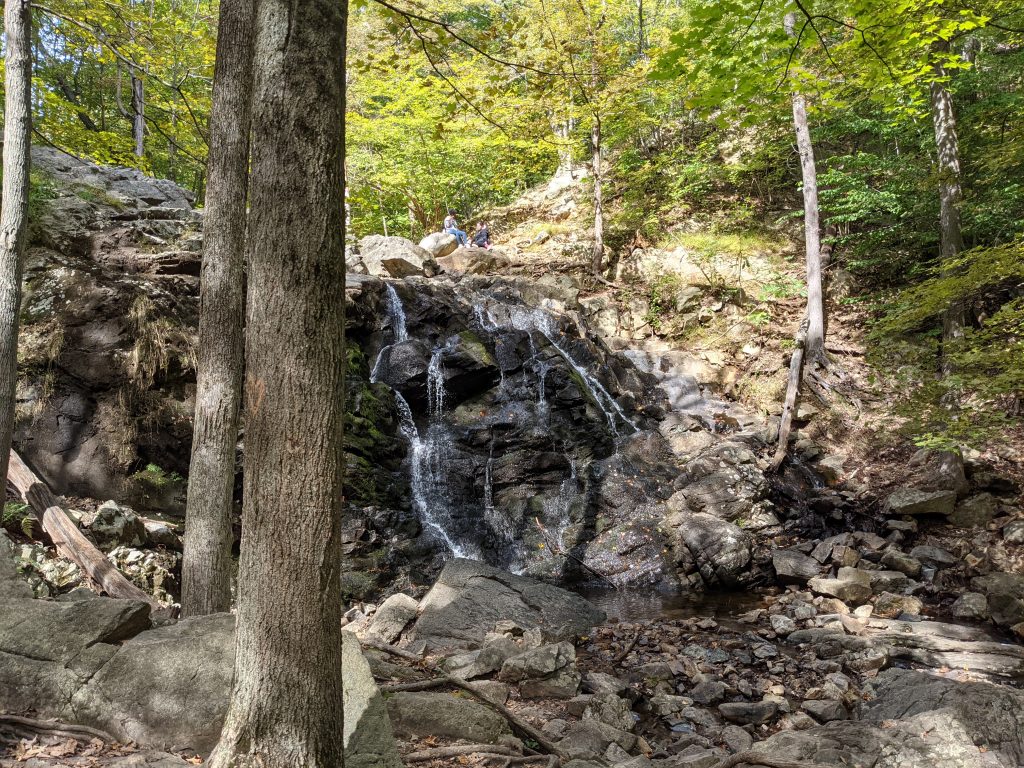 From here it was back to the lot, which was at capacity when I returned around 1:00.  I ate on rock, as I didn’t eat by the lake like I had planned.  There are not as many pictures of the end of the hike as my thoughts were elsewhere so I will have to come back and hike more of the area.  And to Megan and Eric, best of luck in the future.

Mosquitoes:  more than I expected, but numbers were significantly lower than last week. 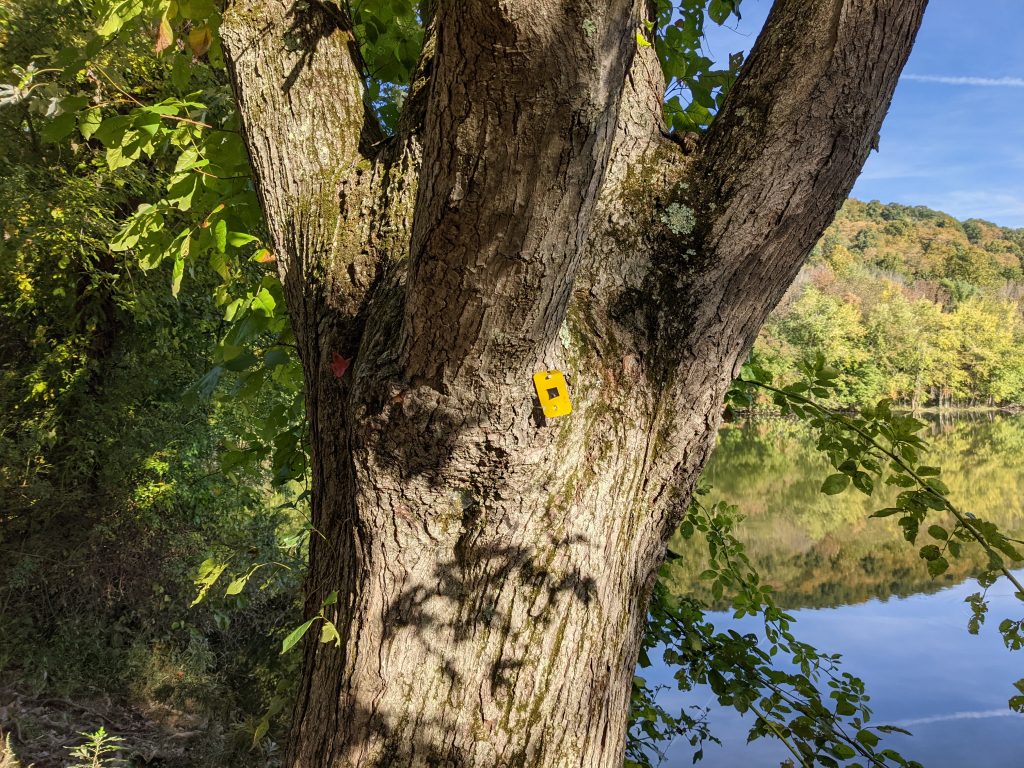 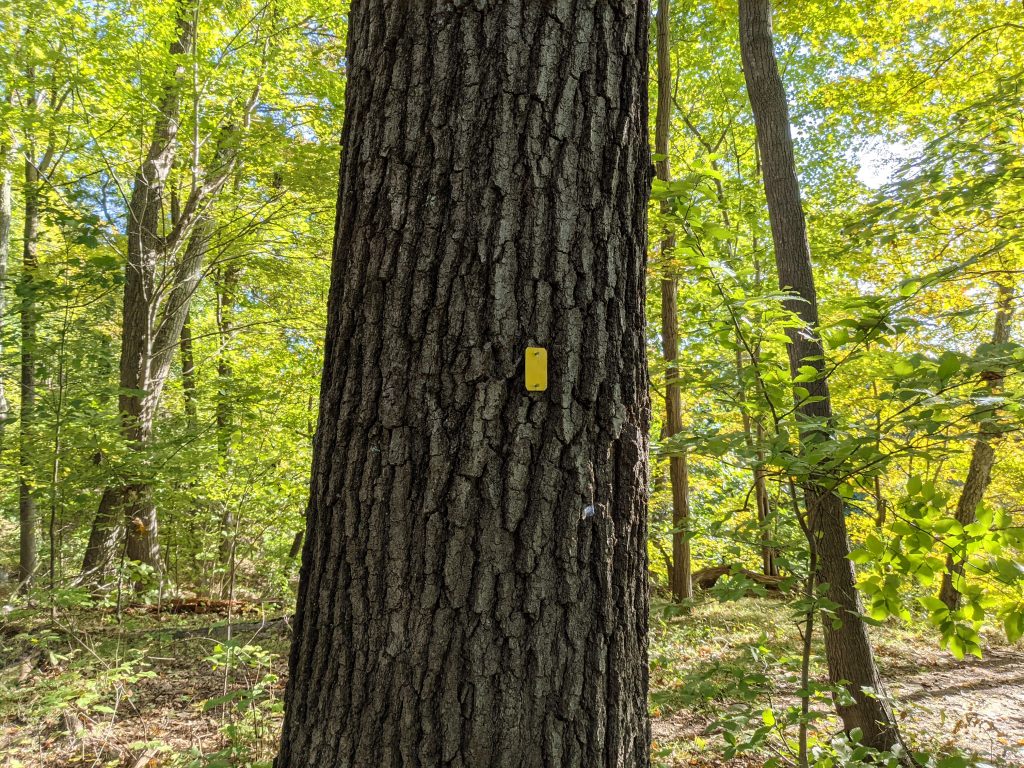 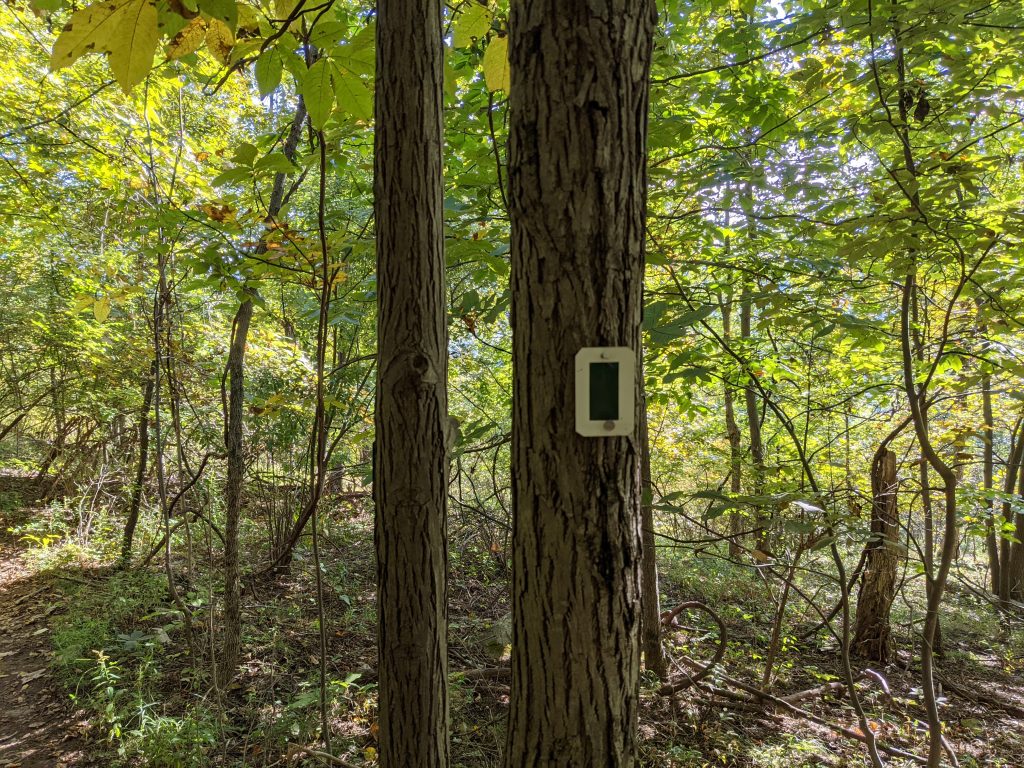 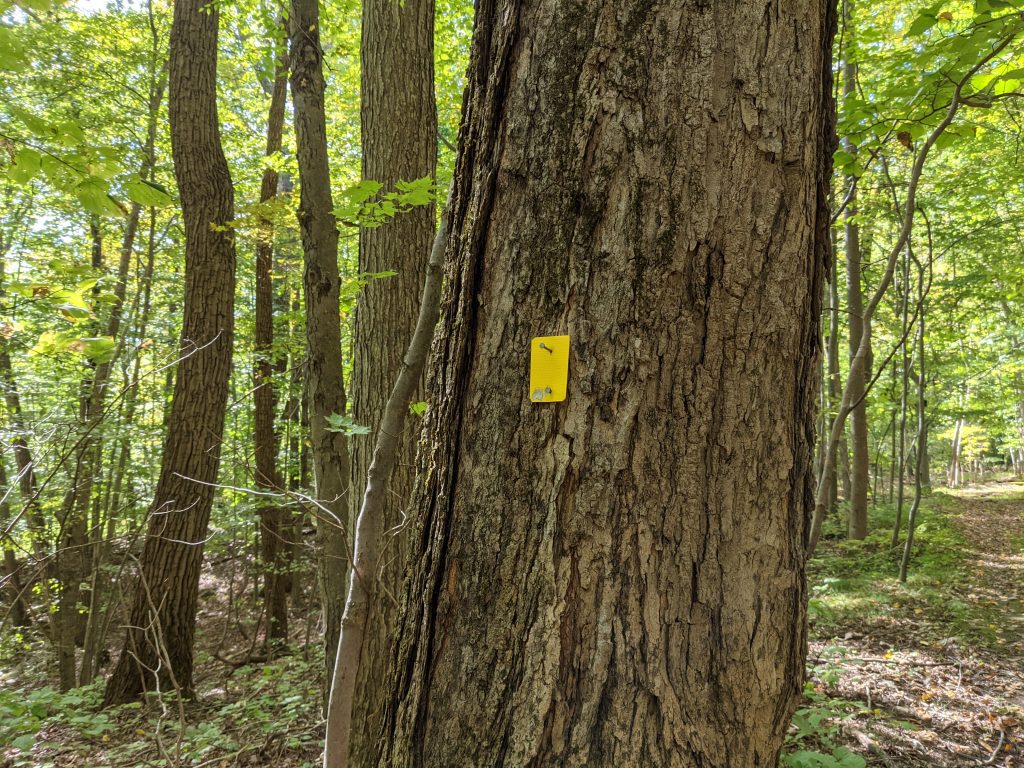 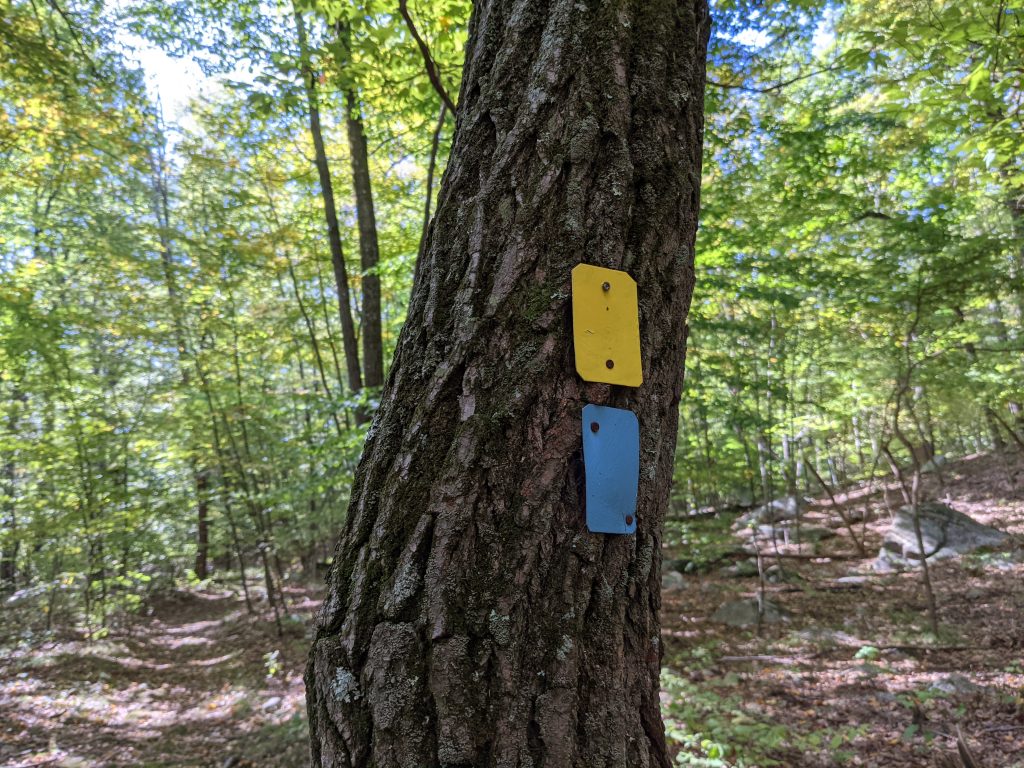 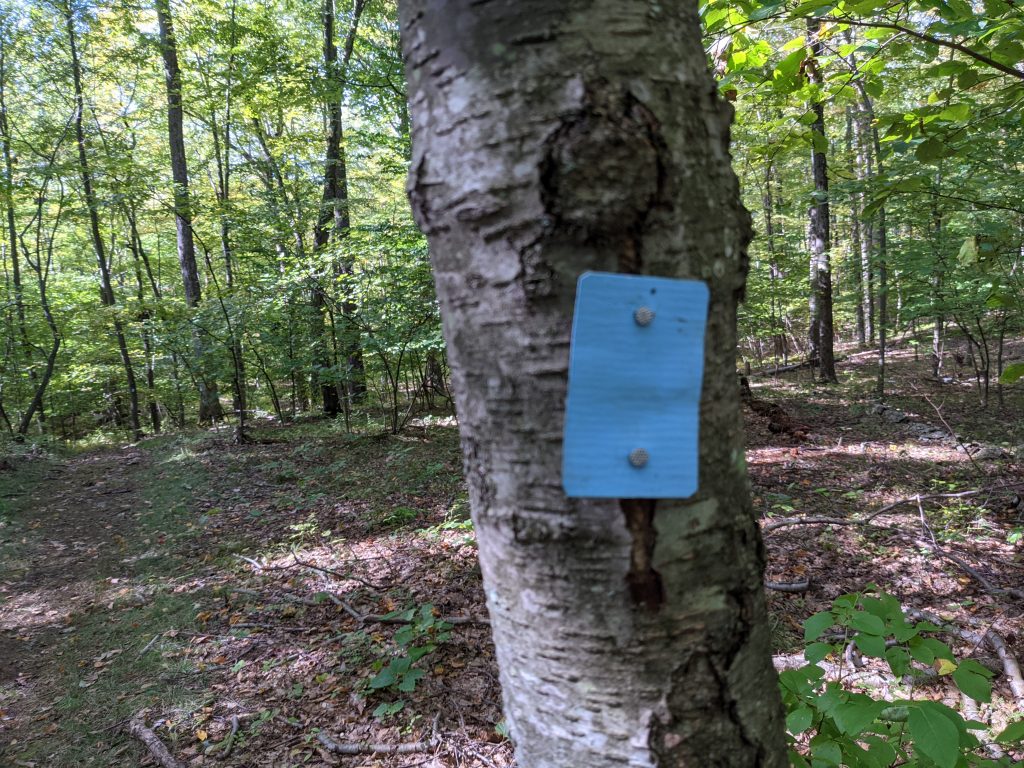 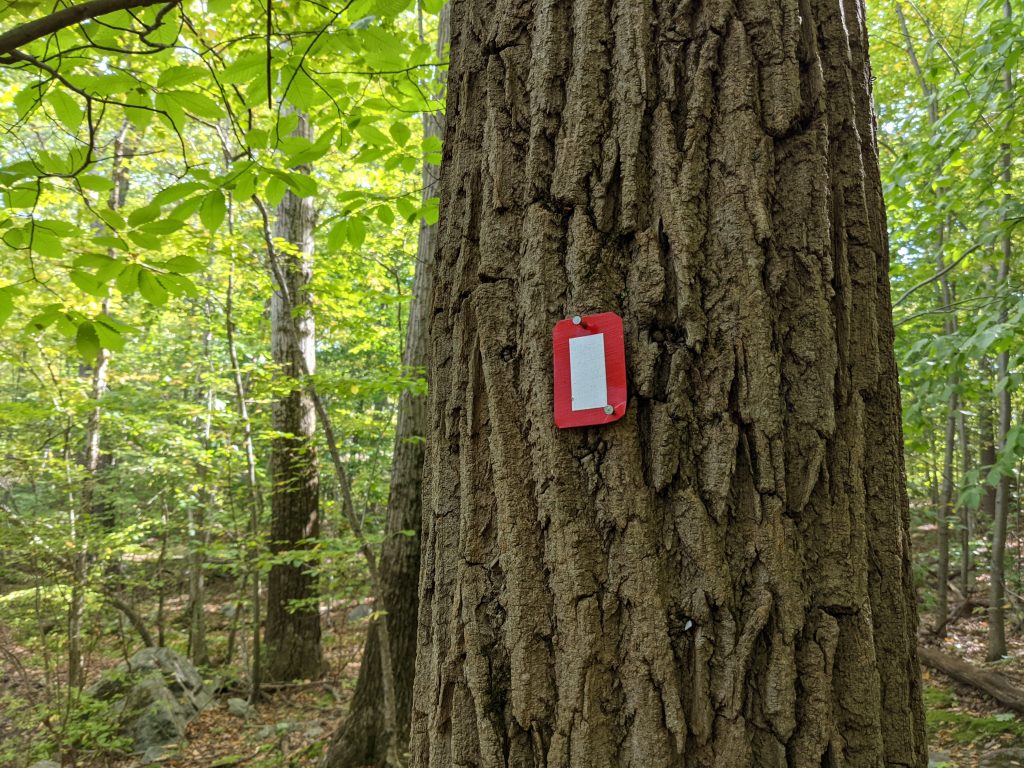